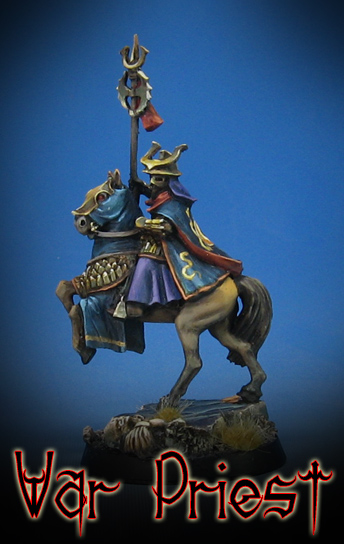 As most of you already know, I really loved that Easterling army!  Part of it had to do with the very different look of the figures, but also fact that it was the opposite of Gondor in many ways.  They all had heavy armor, cavalry, archers, etc. 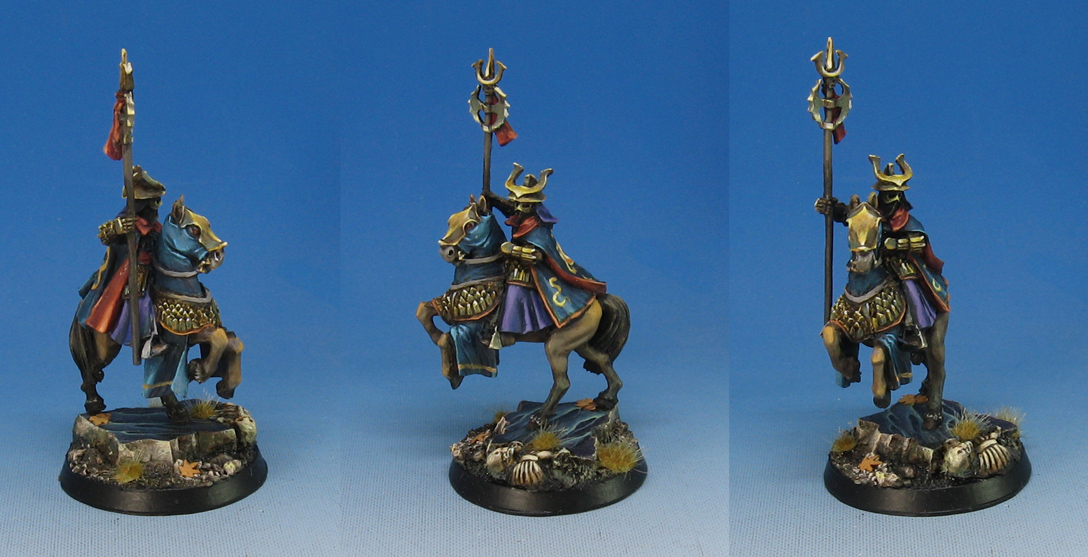 Unlike their Gondor counterparts, they had very nifty elements such as this War Priest.  He was particularly effective when added to a cavalry unit, because it increased their speed.  That doesn't sound like much, but when it makes your armored cavalry faster than a lightly armored version, you can do some real damage! 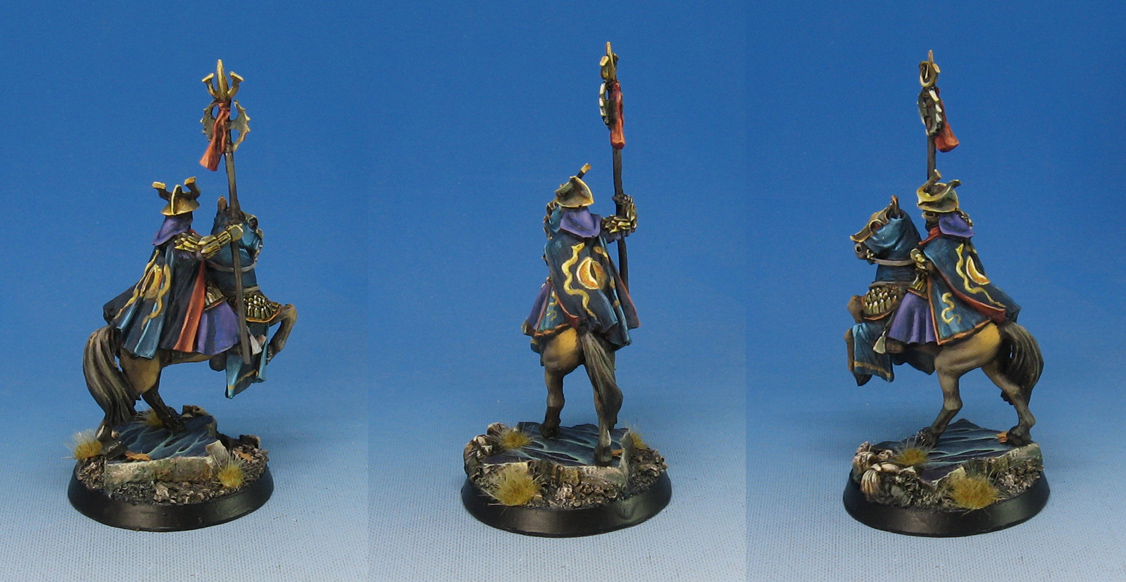 I tried to keep this in my own alternate color scheme as well.  I had seen plenty of red Easterlings up to that point, so I wanted to create something different.  That is usually my favorite challenge of starting up a new army. 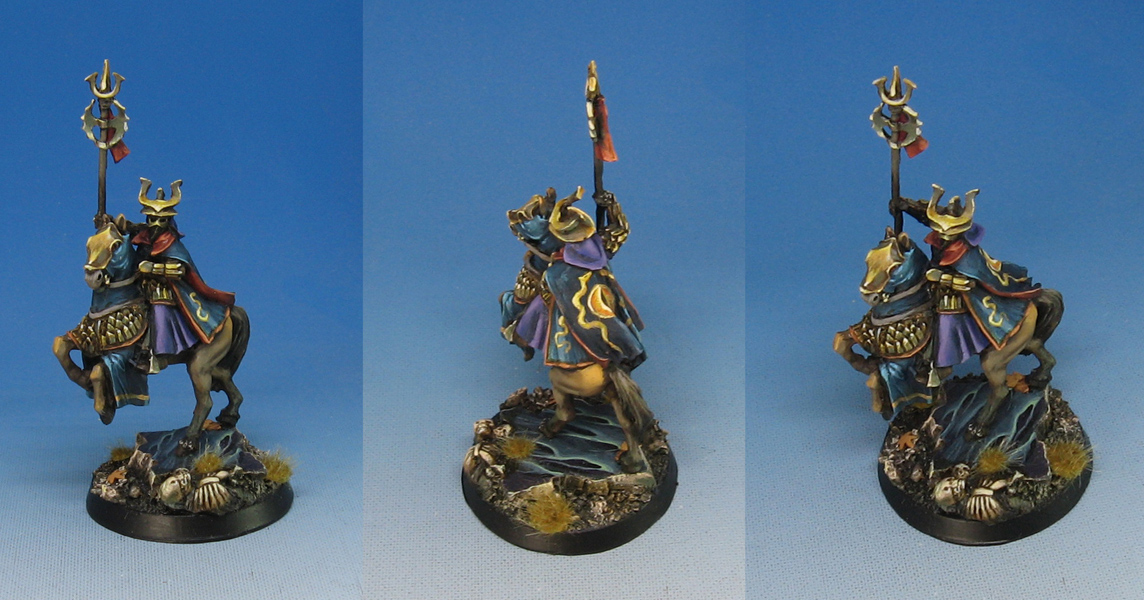 This was probably my favorite of all the Easterling cavalry... I really liked this pose of both horse and rider.