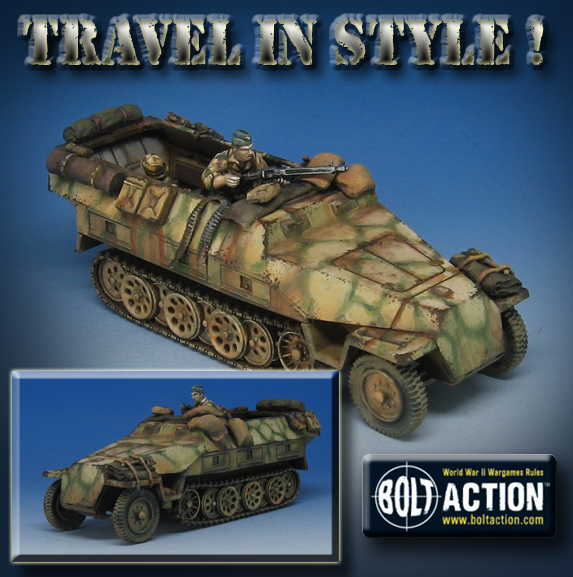 It is time to start showing you the army that went with the Operation Sting Monte Cassino display board.  It was a big challenge to tackle this army, as it was so different from the Early War periods.  The equipment, the uniforms, and the vehicles.

I tried to make things seem a bit more Ad Hoc, and cobbled together from various sources.  This is why each vehicle is a different camo scheme.

I tried to make this seem less like a "stock" kit as well by sculpting stowage, and converting a standard infantry figure to be the gunner.

I did not use an airbrush to paint any of the camo patterns, and each was done the "old fashioned" way with my hairy sticks!  I used Secret Weapon weathering paints and the Reaper liner paints to create all the shading and weathering effects.

This view shows you the sandbags that I created, using some apoxy sculpt.  Again, the effects all had to be applied rapidly and dry quickly, as the tournament was fast approaching.

I also have some historical painting guides on my Patreon Page now, including an entire 11 hour series on my Winter Soviets, using oil paints.  Check that out here: 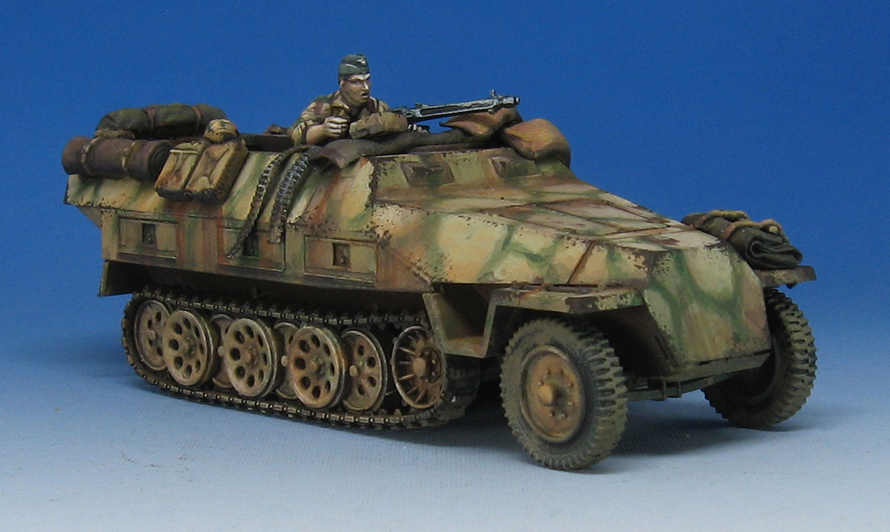 Posted by wappellious at 7:17 PM No comments: