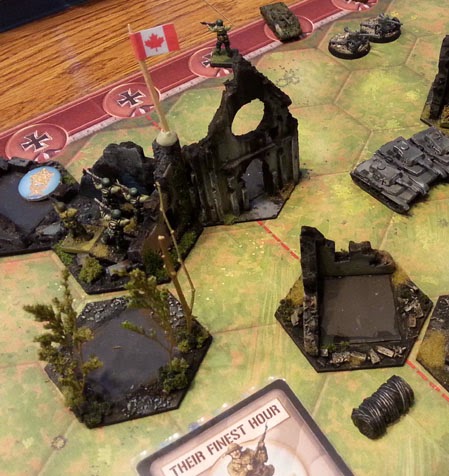 The campaign for Caen continues.  If you recall, the valiant Desert Rats had been wiped out by the Panzer units, leaving the job of taking the town itself to the surviving Canadians.

They surged forward to avenge their fallen comrades. 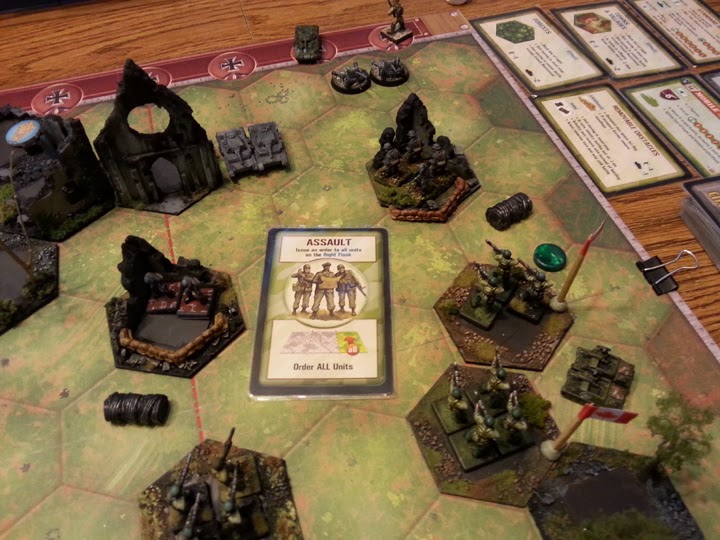 But were in turn assaulted from German troops that had been hidden in the ruins! 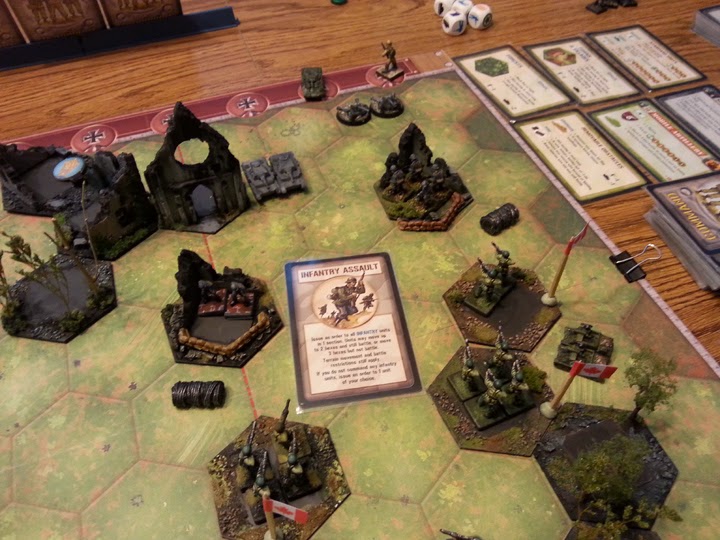 While they were temporarily pinned down, they managed to get away some devastating firepower on the German positions, eliminating one! 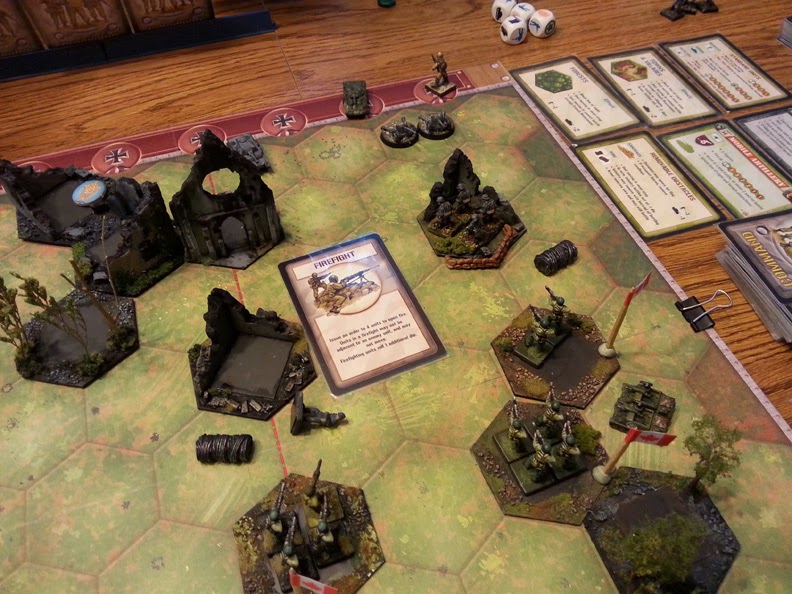 However, The Desert Fox must have brought some of his legendary tank recovery teams with him, as a nearly destroyed Panzer unit regrouped and attacked fiercely. 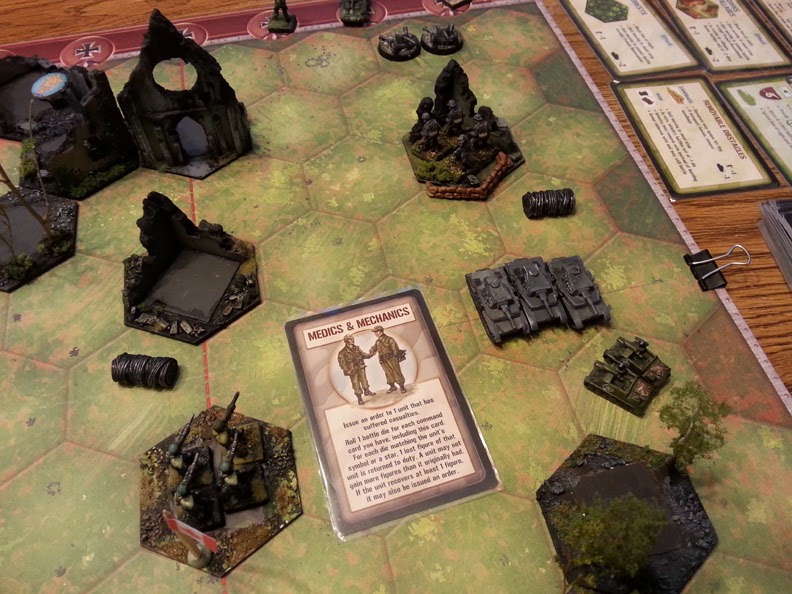 This did not stop the intrepid Canadians from taking the first set of ruins, as other infantry and armored units moved from other sectors into this deadly right flank. 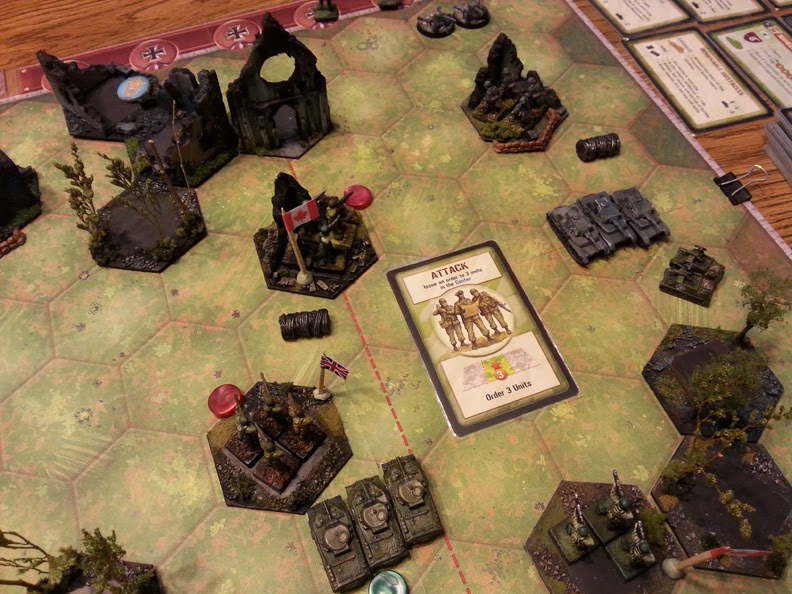 The Germans attempted to shift some of their defending units in response. 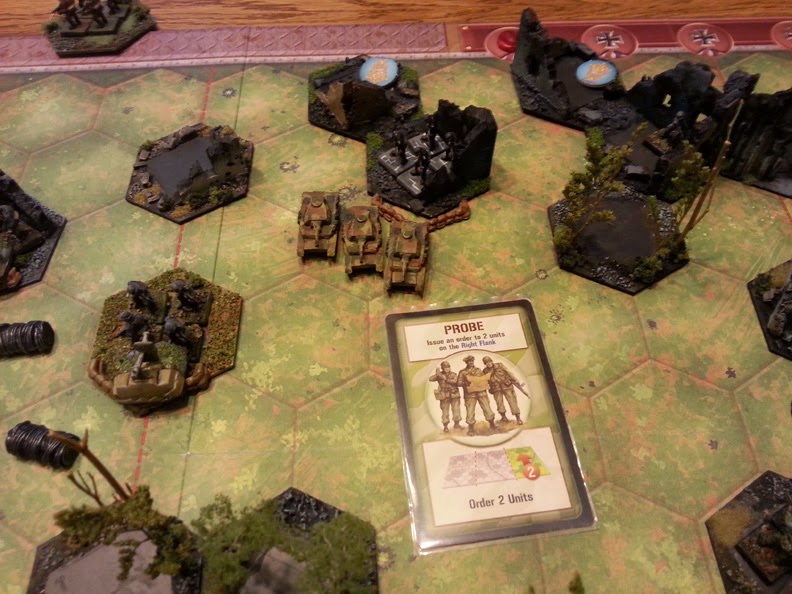 A spectacular "Their Finest Hour" resulted in the simultaneous movement by all five units!  This could be devastating for the exposed German positions. 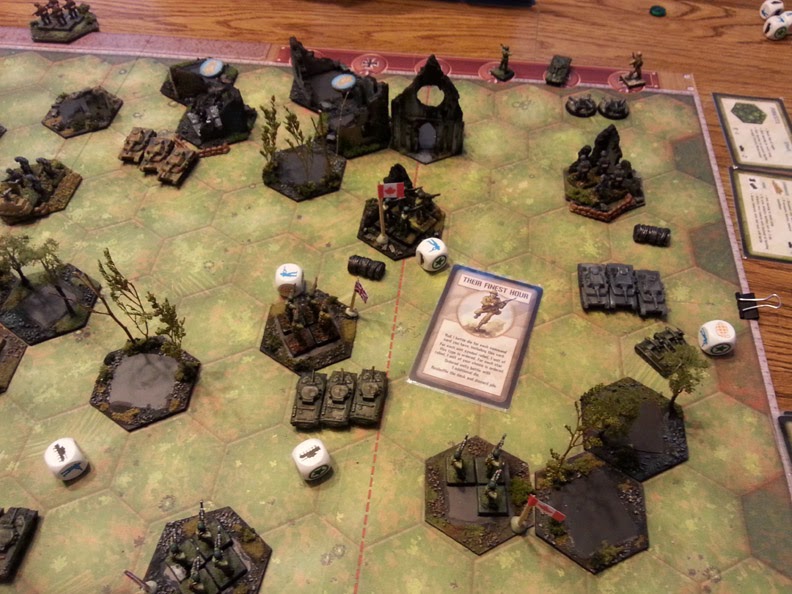 The results were not as good as hoped, but more infantry units were able to advance deeper into town, right on the cusp of the objectives.  Advancing trough Panzer tanks and heavy artillery was nothing short of courageous! 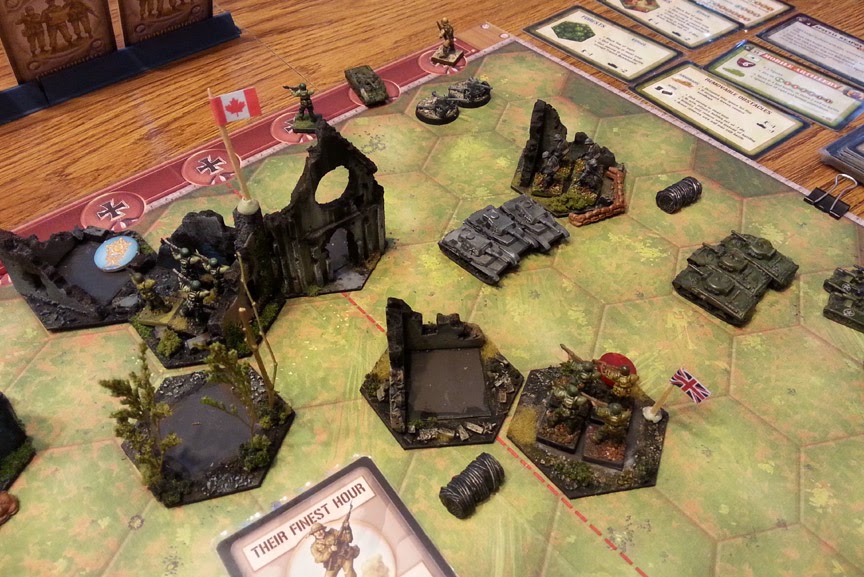 The lone Panzer unit continues to wreak havoc as it attempts to overrun deep behind Allied lines. 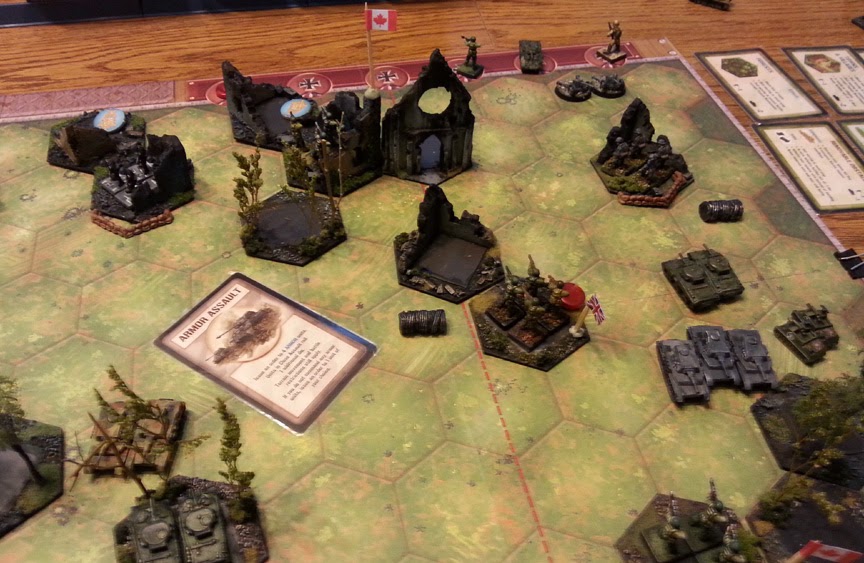 In the meantime, units of the center manage to score major damage on a Panzer unit, further weakening the possible Axis counterstrike. 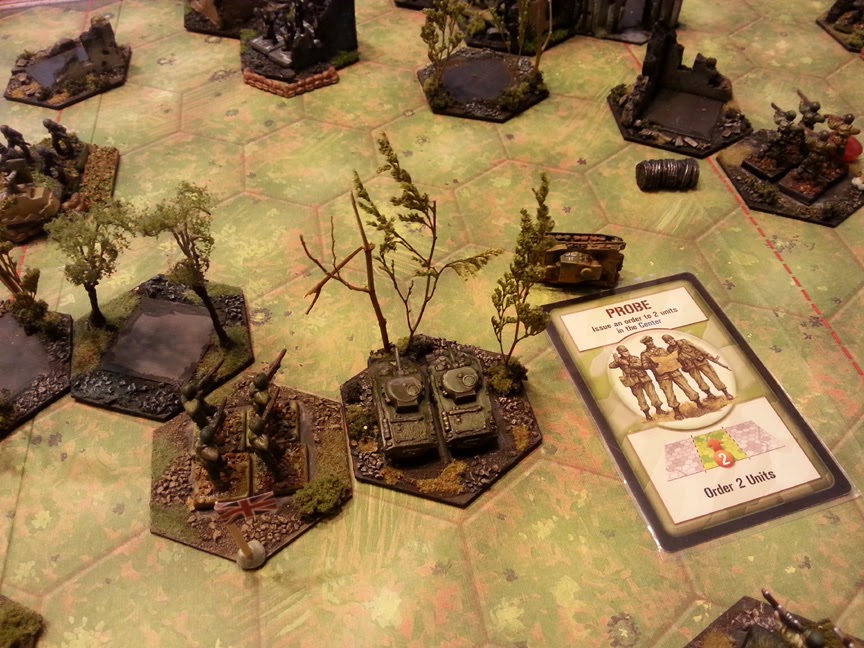 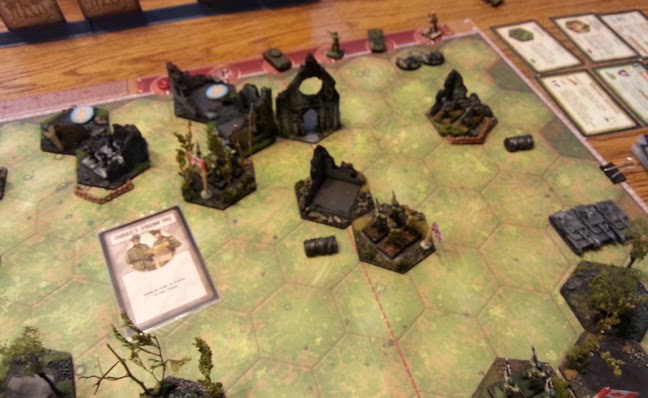 The lead elements of the Canadian force recon to the first objective! 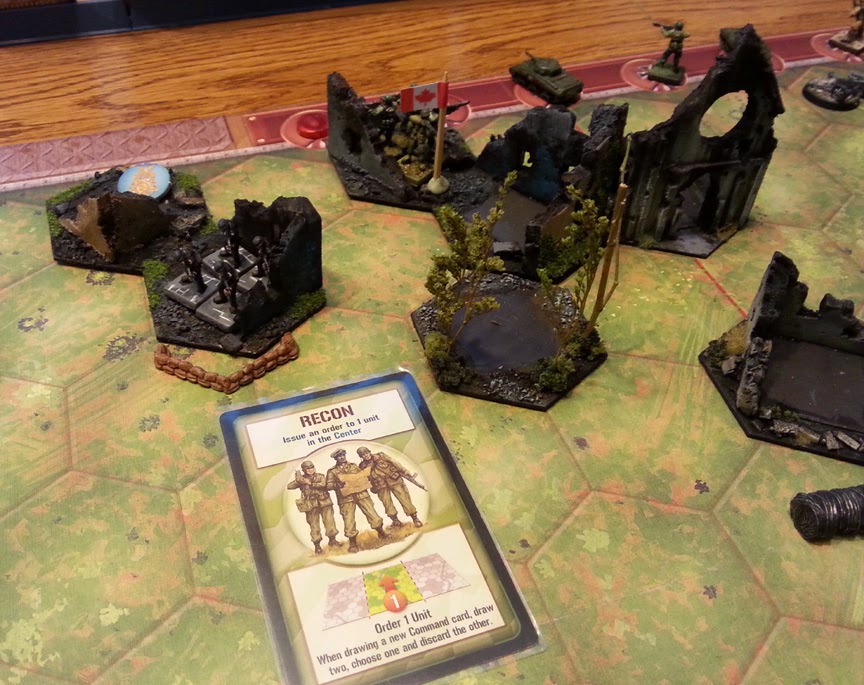 The German Field Marshall is faced with a quandary.  Should he use his far off heavy guns to destroy the advancing Canadian infantry in town, or wipe out the mobile artillery once and for all?

The choice is made to target the Mobile artillery, which is hidden deep within the forest... and misses!  The artillery escapes yet again! 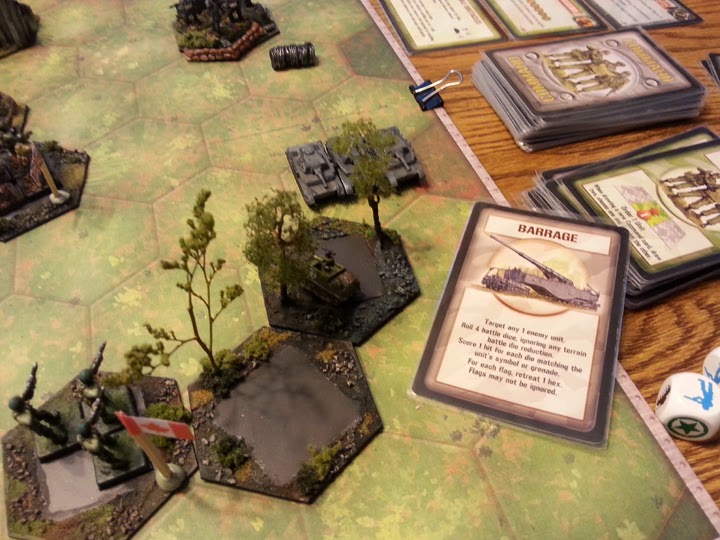 Desperate infantry units throw themselves against the Panzers, to no avail... 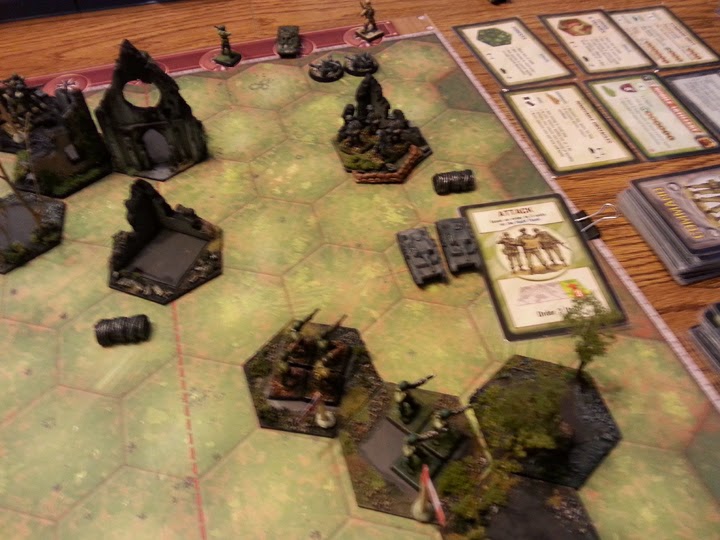 Heavy losses are suffered again when the furious tankers respond in kind. 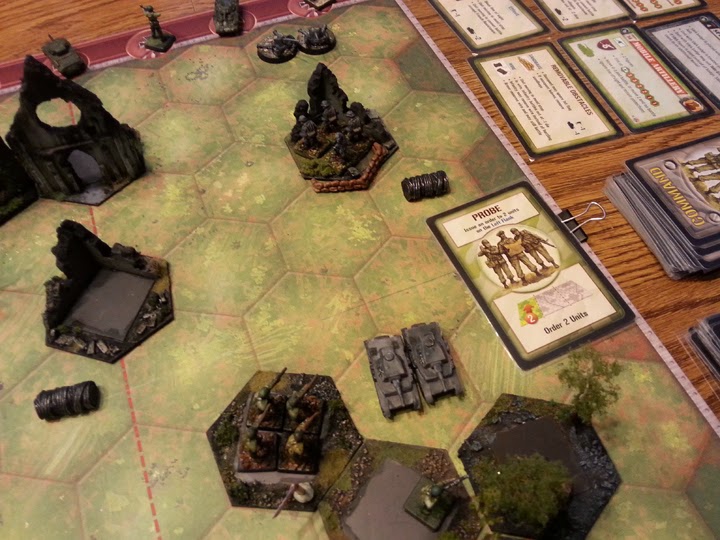 A crack unit of highly trained infantry is sent to finish off the tank unit, which finally sets the tanks alight, thus securing the tenuous Allied hold on Caen!!! 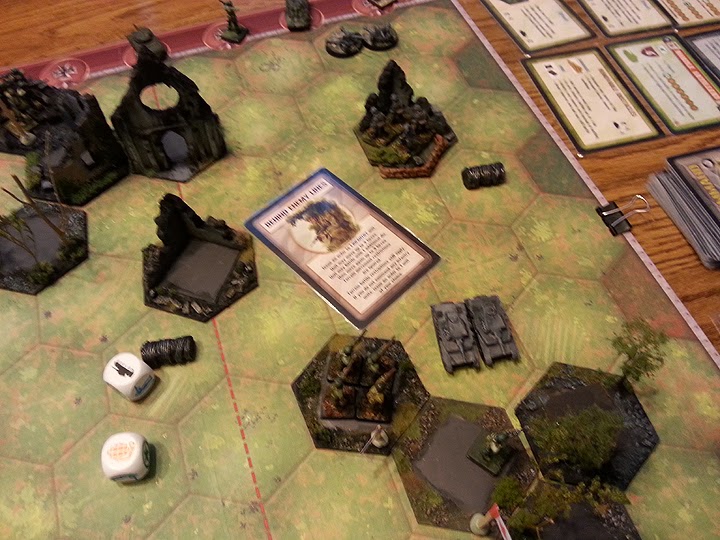 Victory!!!!  Now, could this breakout be pushed even further?  Stay tuned! 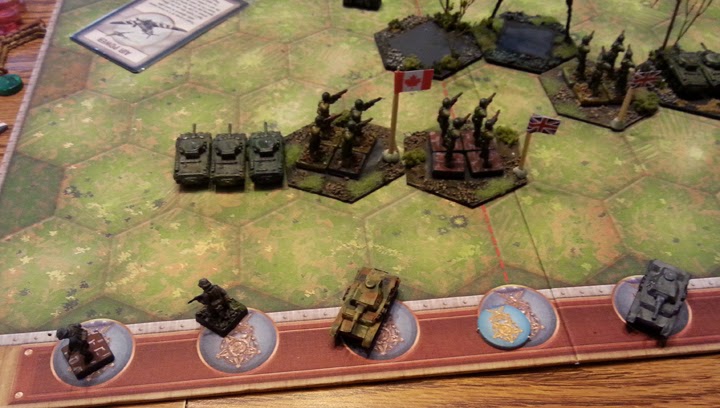 A light at the end of the tunnel 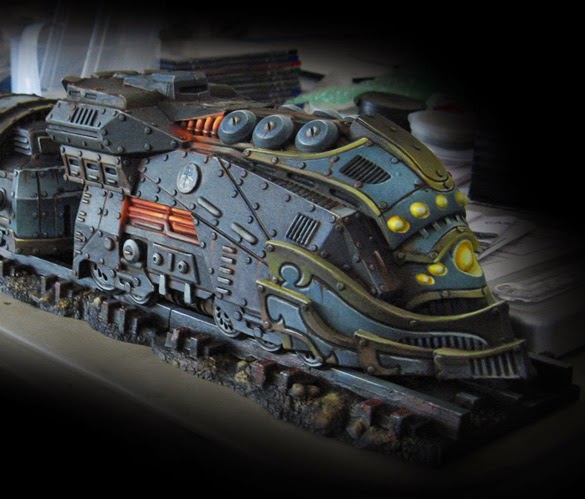 Time to finish off those turrets! 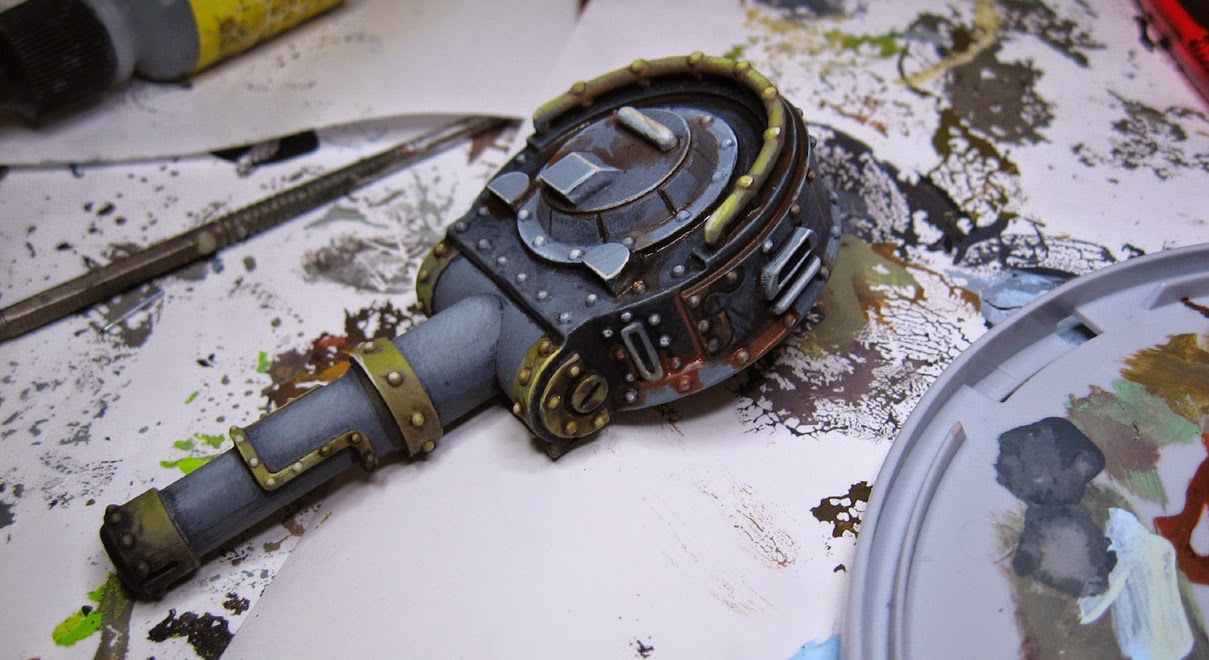 I added some Secret Weapon Armor Wash to the rust mix to make it a bit more translucent. This way I cold make the initial rust/grime streak, and then add some additional lighter orange colors for the final rust effect.

I did that while the first layers were still wet, so that I could get some nice random blending inside the streaks. 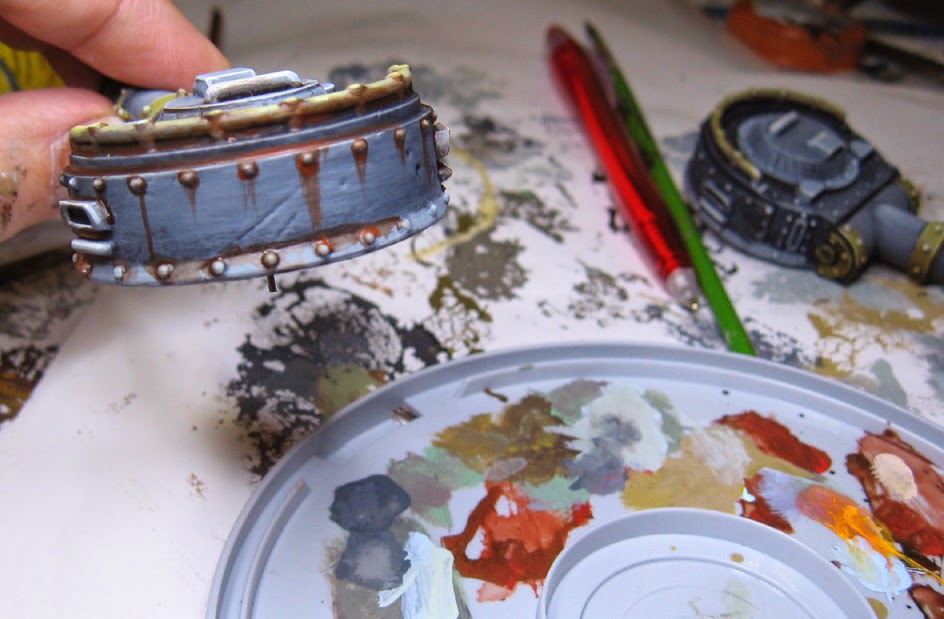 A comparison of rust and no rust. 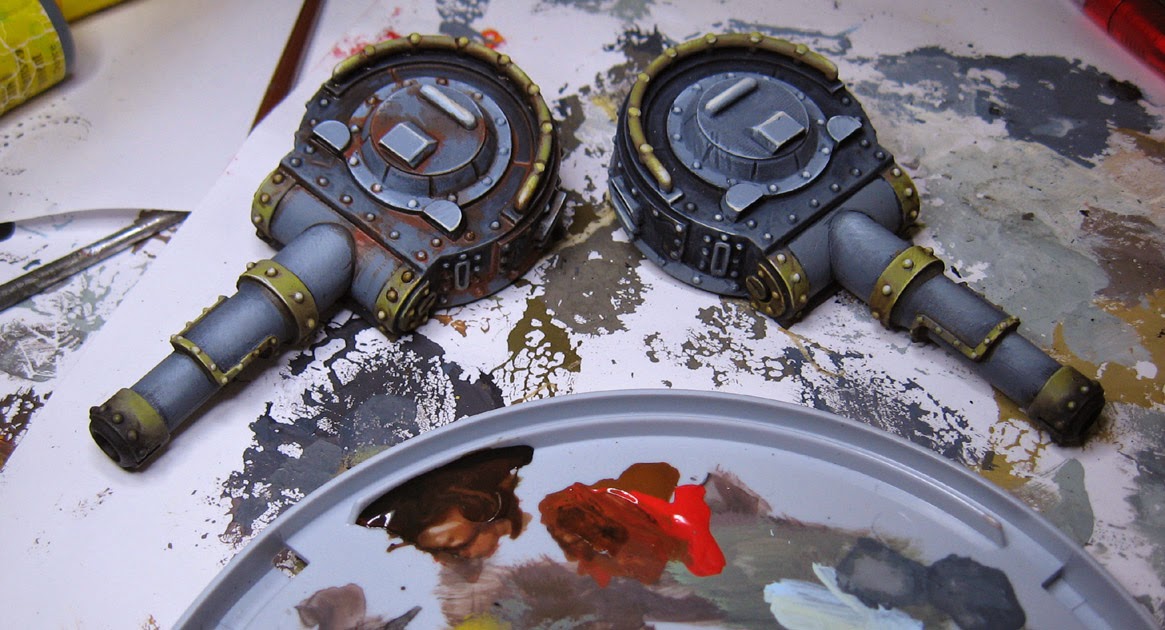 Faded in some areas, more prominent in others. 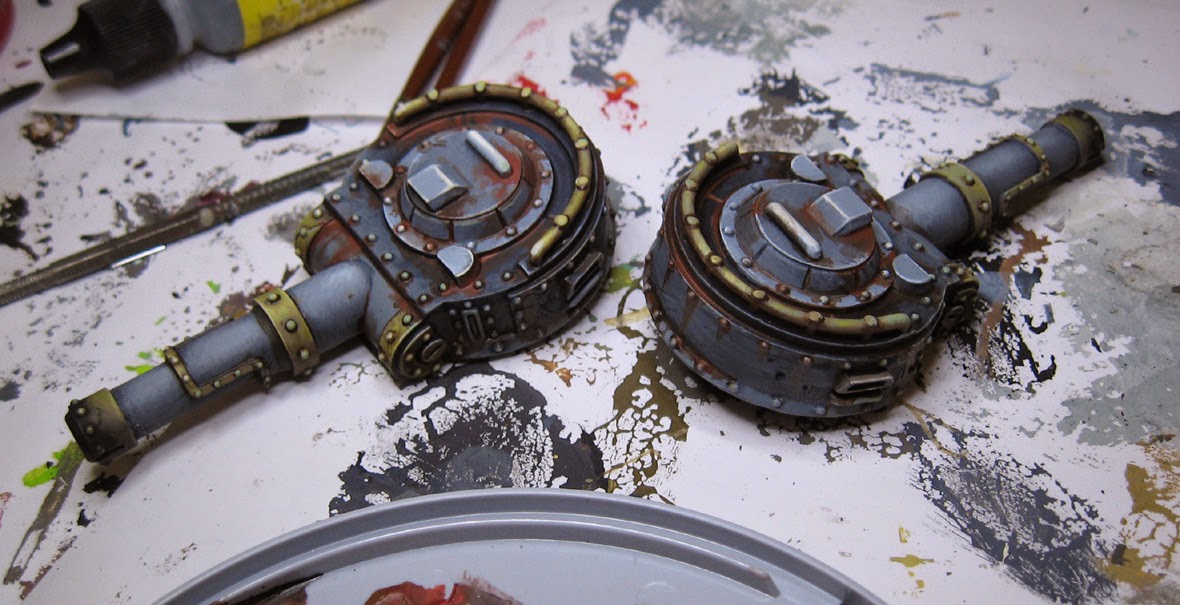 Last car on the rails! 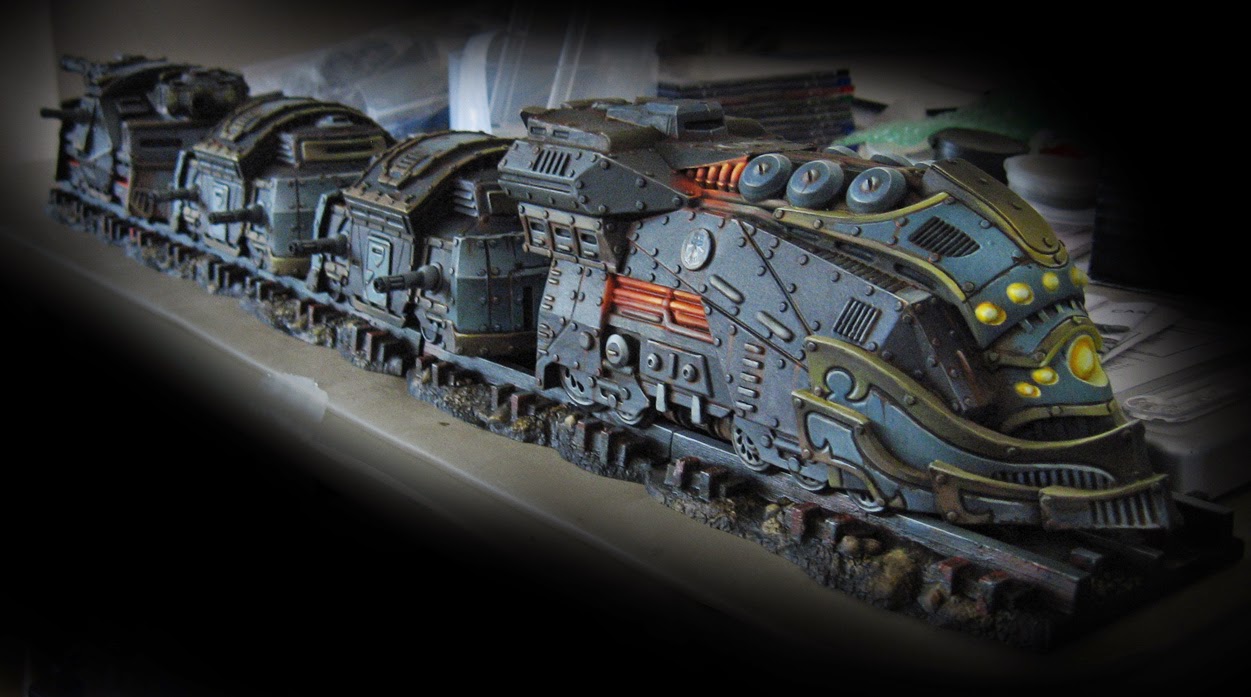 Posted by wappellious at 1:31 AM 2 comments: