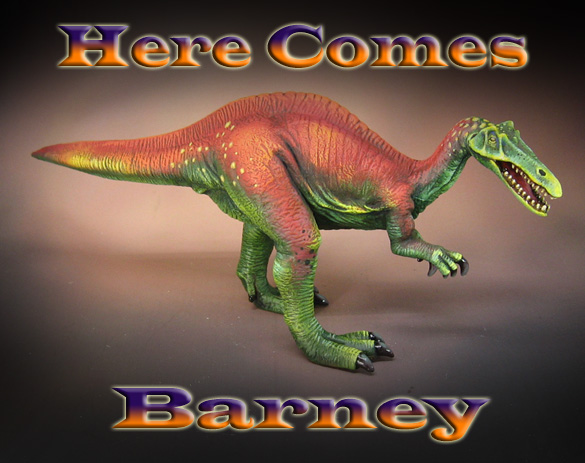 Just when I think I have done every kind of crazy thing possible in miniatures, you have this!

I was handed a group of toy plastic dinosaurs with a request to snazz them up a bit, and certainly make them a much brighter color scheme!  The comparison was to my Lizardman army, where I really went wild with some colors...

I thought it might be really interesting to paint "real" dinosaurs with the fantasy style Lizardman colors.  After a brief google search, I located some interesting patterns that were actually associated with dinosaur species.  Despite the name of this post, the one color that I was going to avoid would be purple.  I did use a tiny bit of it as an accent around the eyes and mouth.

I used one of my large filberts on this guy, since he was fairly large, easily twice the size of a Carnosaur.  I worked very quickly, which allowed me to do some neat blends with the greens, and then into the subsequent layers of reds.

The same bright yellow was used to highlight the greens and the reds, which provided some de-facto color unity between what are normally opposite tones.  While these are bright, contrasting colors, they are not completely overpowering.  A few spots were added for a bit of interest.

I put Secret Weapon Miniatures water effects over the mouth, eyes and claws to give them a different texture.  None of these will have bases, by the way, as per request.  It would have been interesting to build a diorama around them! 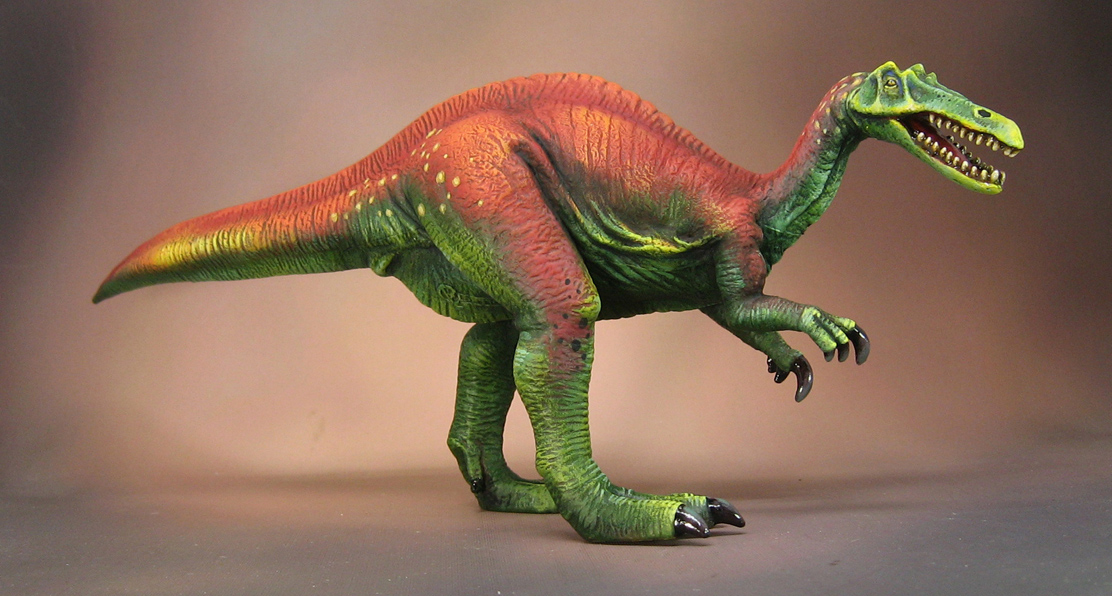