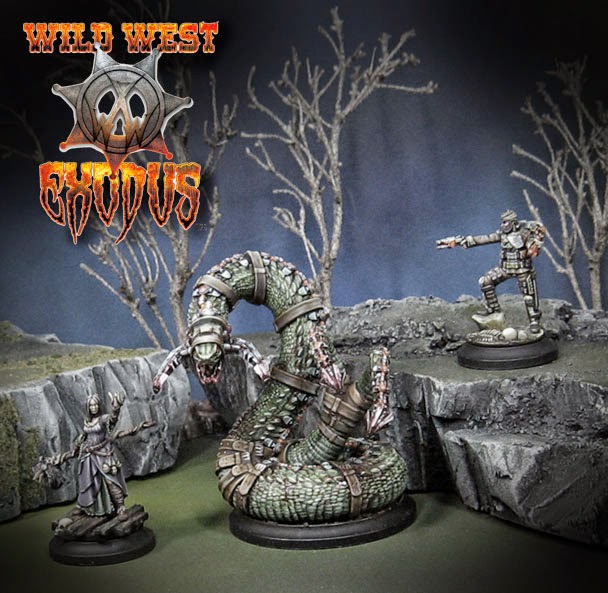 War comes to the deepest South in Wild West Exodus!  Here we have Stonewall Jackson and Marie Leveaux... and her little pet. 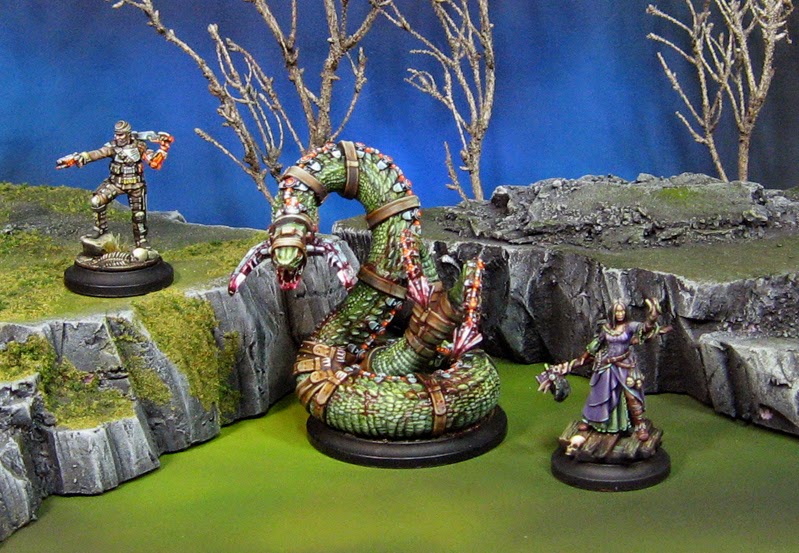 The test versions of the cards for Marie and the snake can be found here: 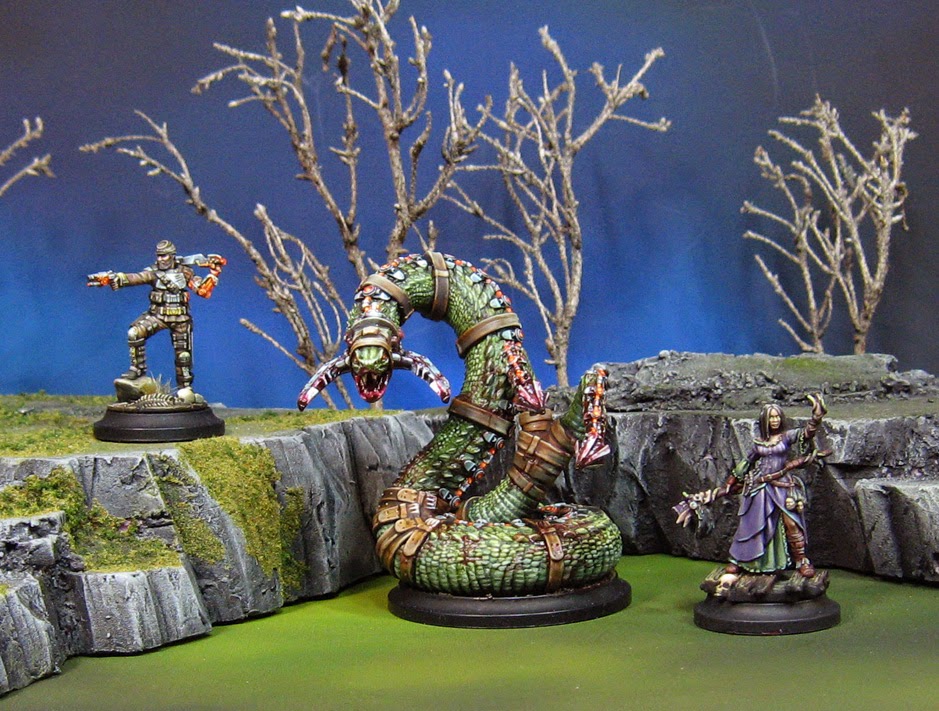 In fact, test cards for all the new bosses, underbosses, sidekicks and even hired Hands can be found on the Wild West Exodus facebook page. 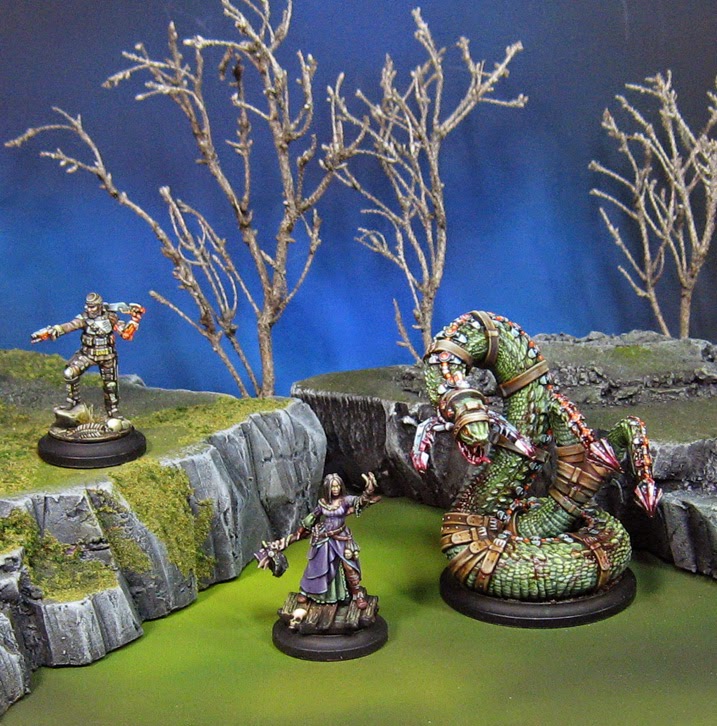 Here's a link to those new boss cards: 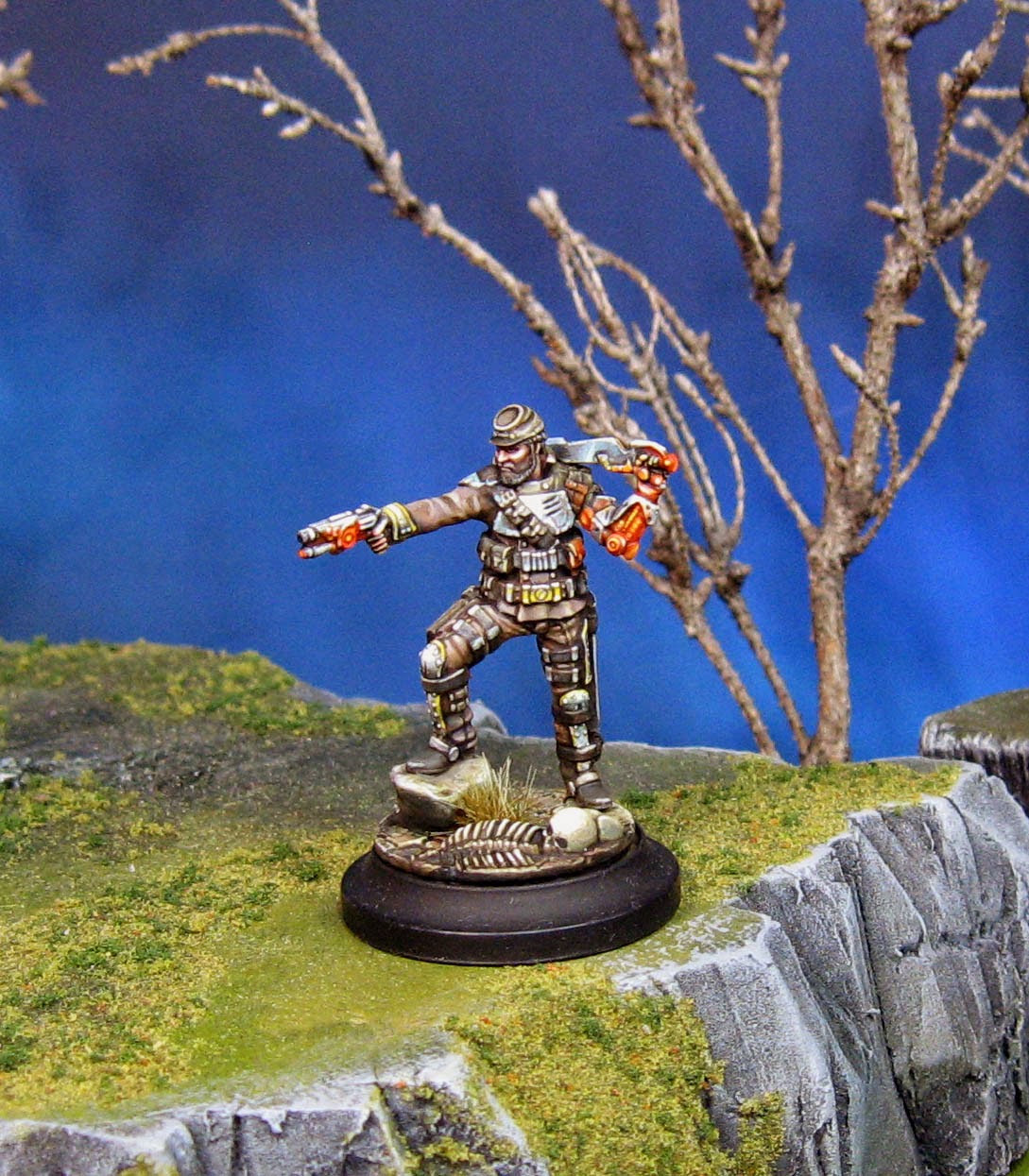 The Zombie Snake has some very interesting and unique rules, which should be very fun to test out in the coming months.

Having these beta test cards out at this point has made it easier for folks to choose what they may want to add on to their original pledges.  While a certain miniature might look very interesting, the rules or play style of something else might interest you more. 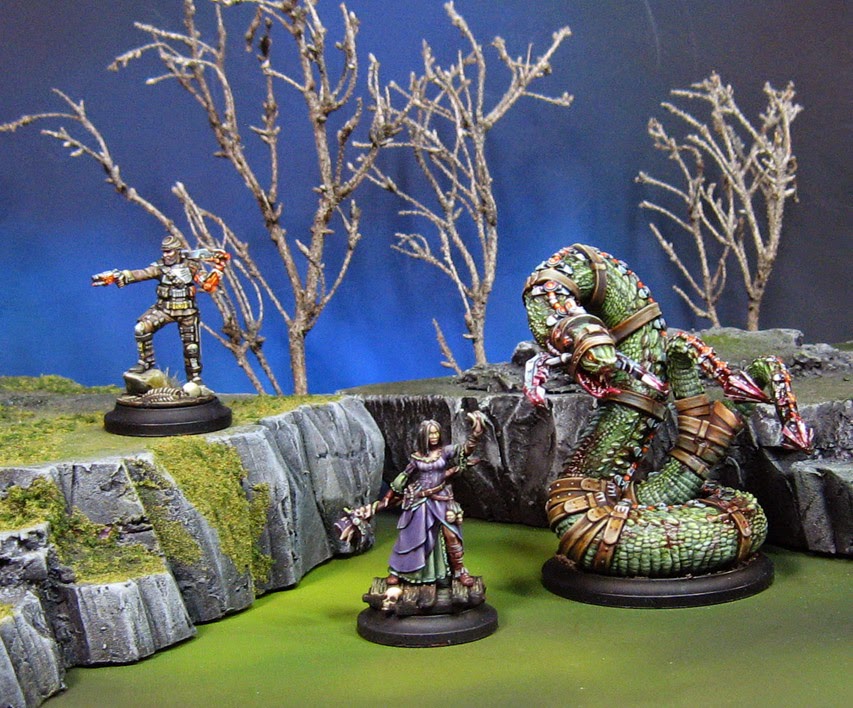 Speaking of play styles, the four new factions will have a very different style indeed!  I am even more anxious to try out the Golden Army, as hordes of ranch hands will be supporting elite Conquistadors.

This will be just like my beloved Demonhunter army from years ago! 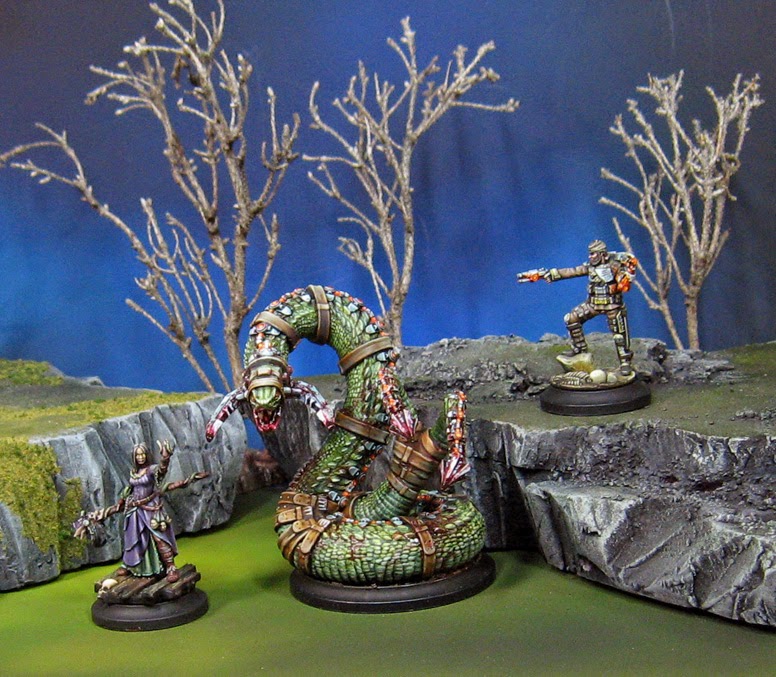 As for the Confederate Rebellion, ambushing will be their stock and trade. 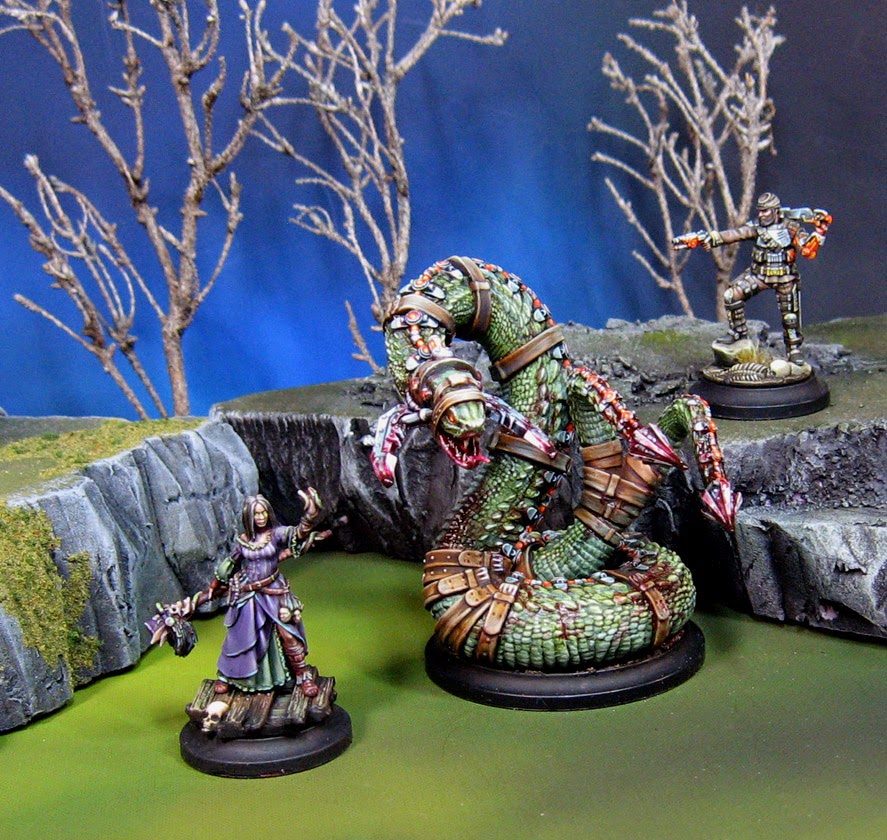 But wait... who is this?  The Watchers may be able to appear at will, using vortexes and portals, trying to beat the Confederates at their own hit and run game!! 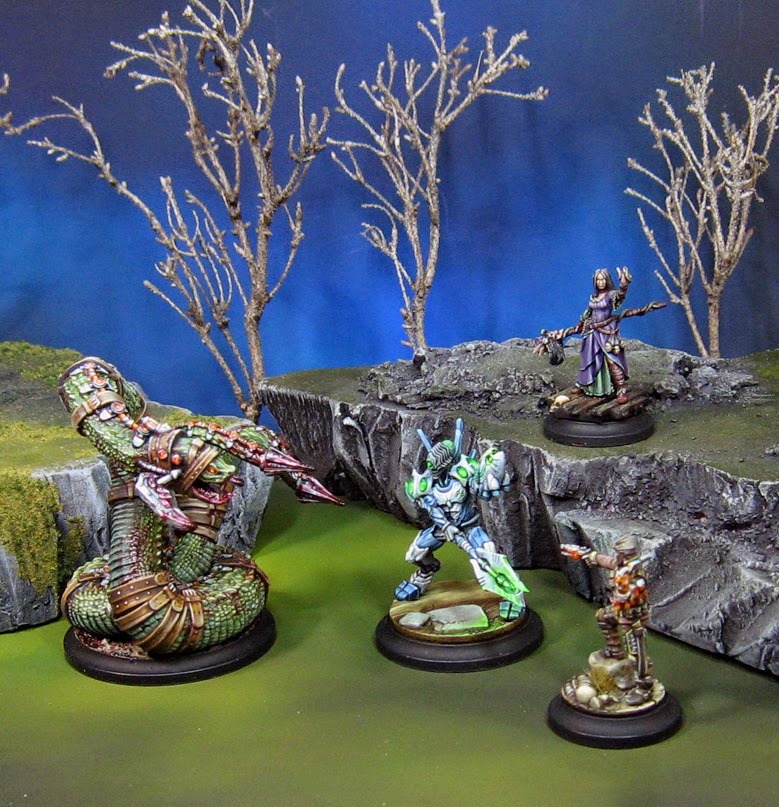 Talk about a swirling tempest of combat... two armies appearing from nowhere, only to vanish just as quickly?  Wow.  It's going to be a mind bender. 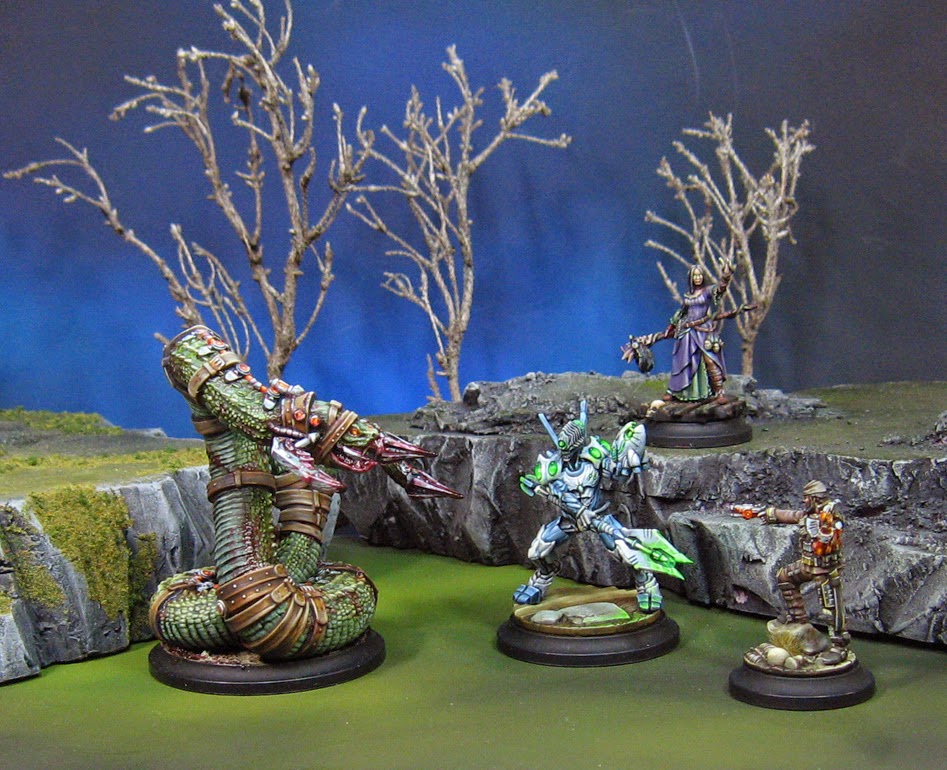 These figures are at Adepticon NOW... so go check them out in the Wild West Exodus booth!! 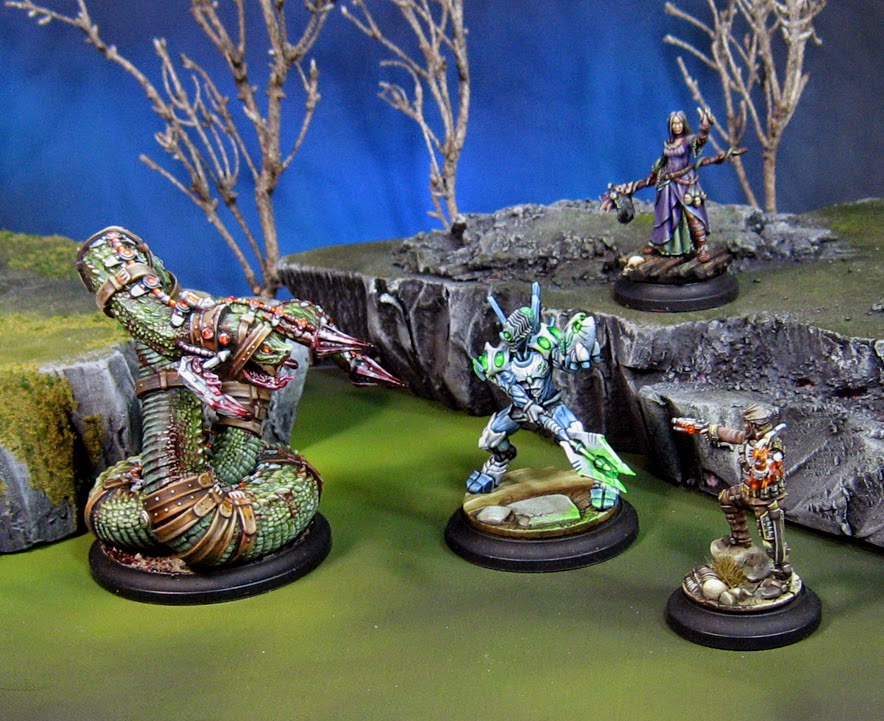 A tune from a Dragoon 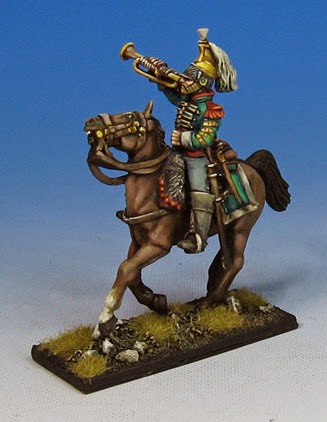 Sound the trumpets, sound the bugle!  Time to CHARGE!

It looks like these lads will end up being my Crystal Brush Historical category after all.

Posted by wappellious at 1:05 AM 4 comments: