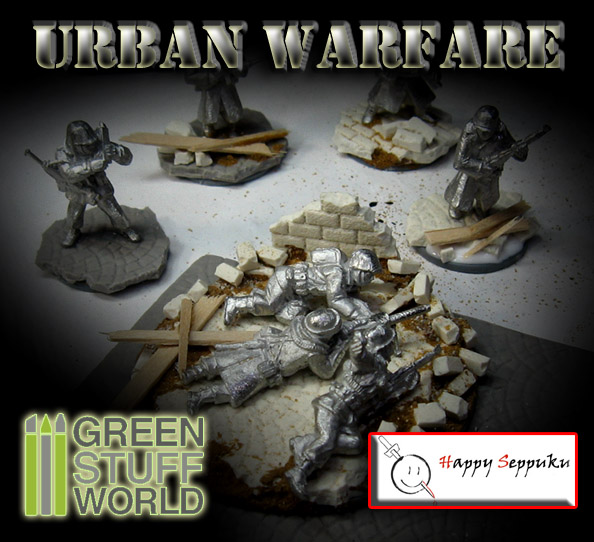 Just as I was about to finish off the basing on the winter American army for Bolt Action, I thought that it would be nice to have a follow up to the original step by step article.

This was a more urban style of basing, with cobblestone roads and broken walls.

Here's a link to the original article:

I also made another set of bricks, which was just a sheet of Sculpey cut into rows. The advantage of the Sculpey bricks is that I can break and chip them very easily.  Then I can build a wall, or make a pile of broken bricks. 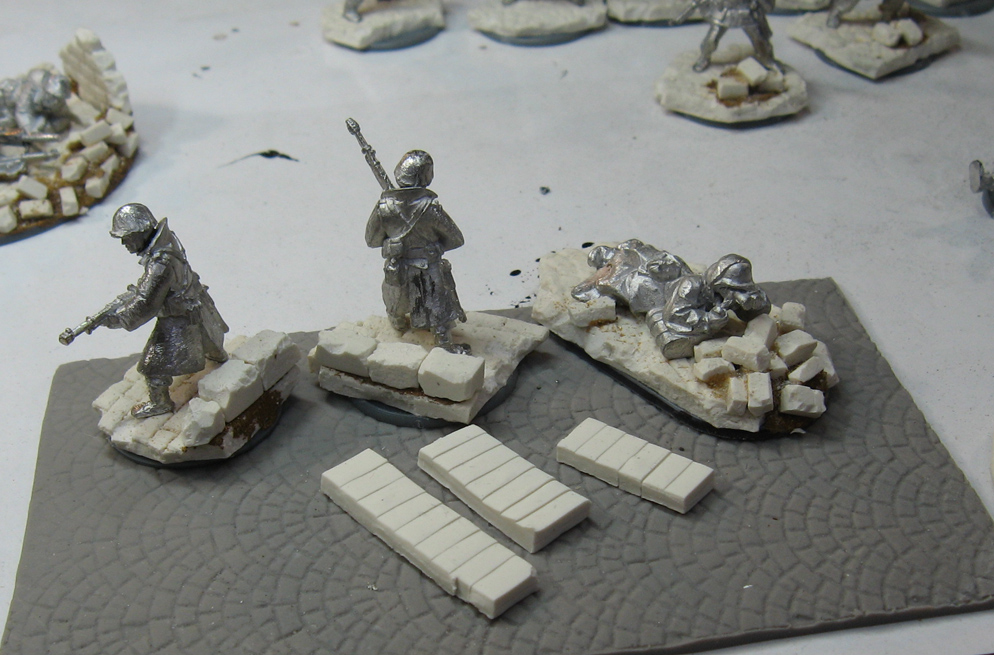 The brick texture could be used for either a wall or sidewalk.  If I wanted extra texture on the wall, I could take some white stucco texture and place that over the bricks. 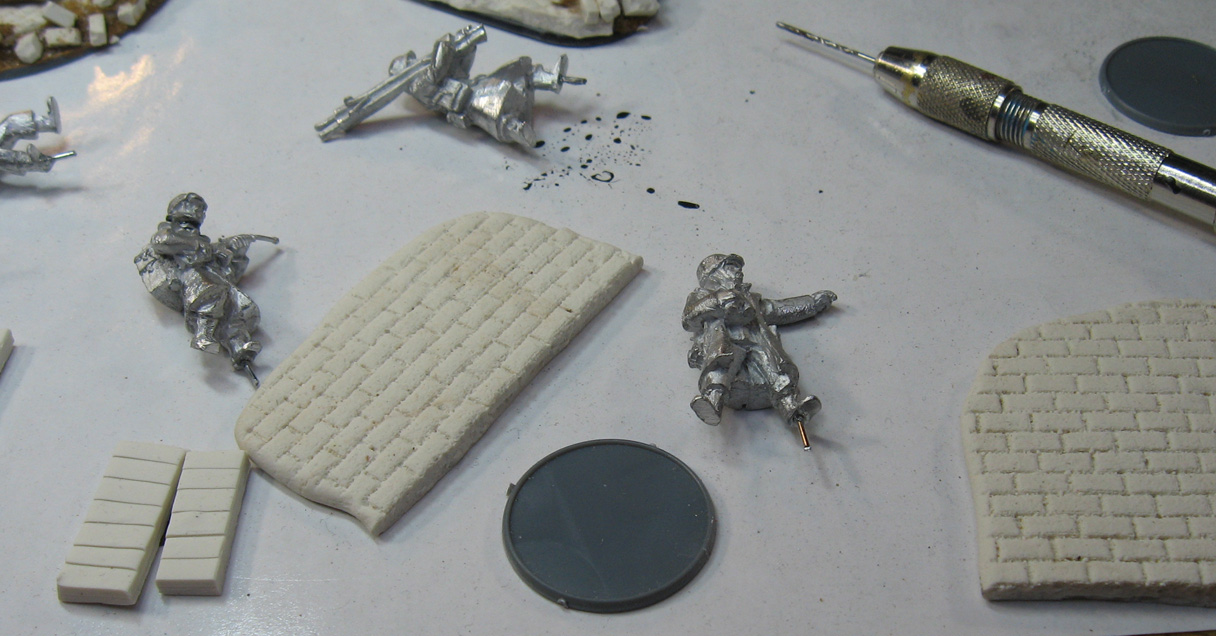 Here's and image that shows those little bits of bricks chipped away, and then made into piles.  Keep in mind, snow will be added later, so I didn't want to get too crazy with extra textures at this stage. 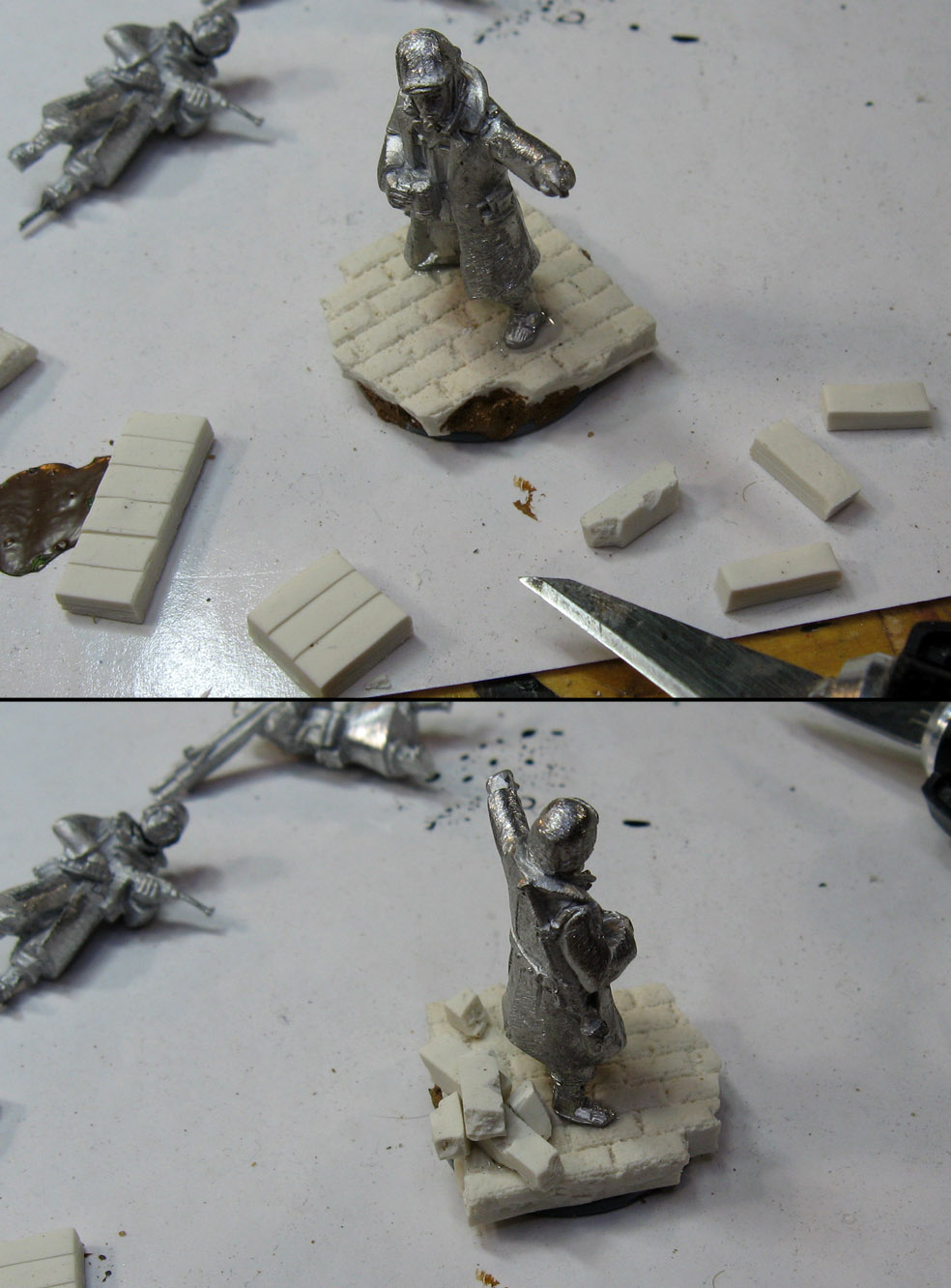 I thought it might be fun to introduce another element to get the village ruins look, so I tossed in a few "boards", in the form of coffee stirs. It was a simple, rapid fire answer to introducing some variation across all the bases. 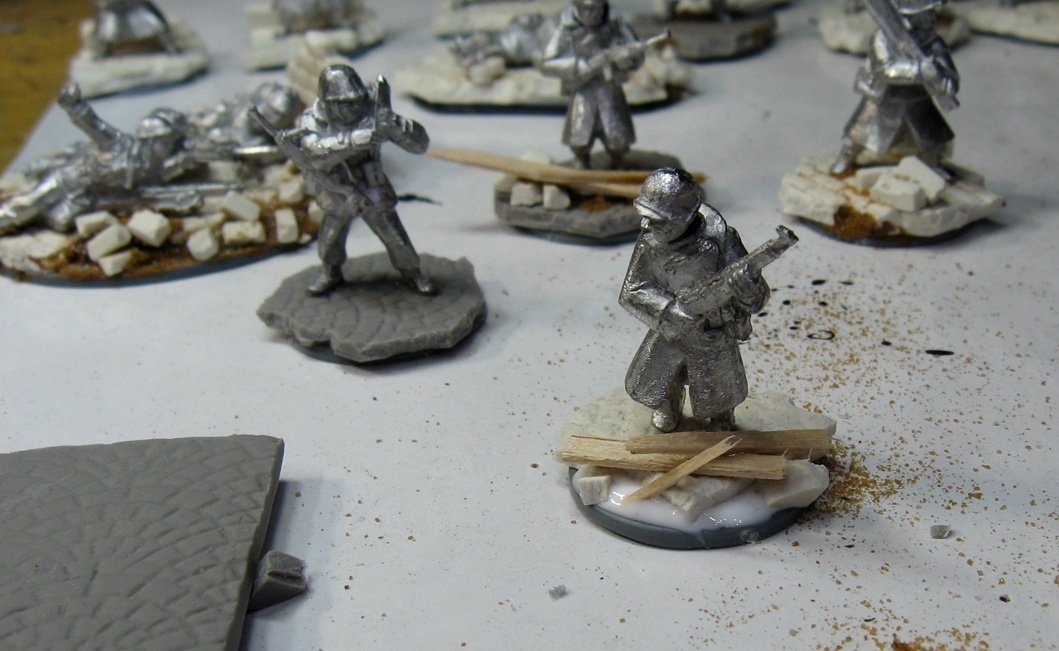 I liked the broken boards so much, I added them to the MMG team.  Again, it was one extra level of texture that was easy to add, but makes it seem like they have set up shop inside a shattered building. 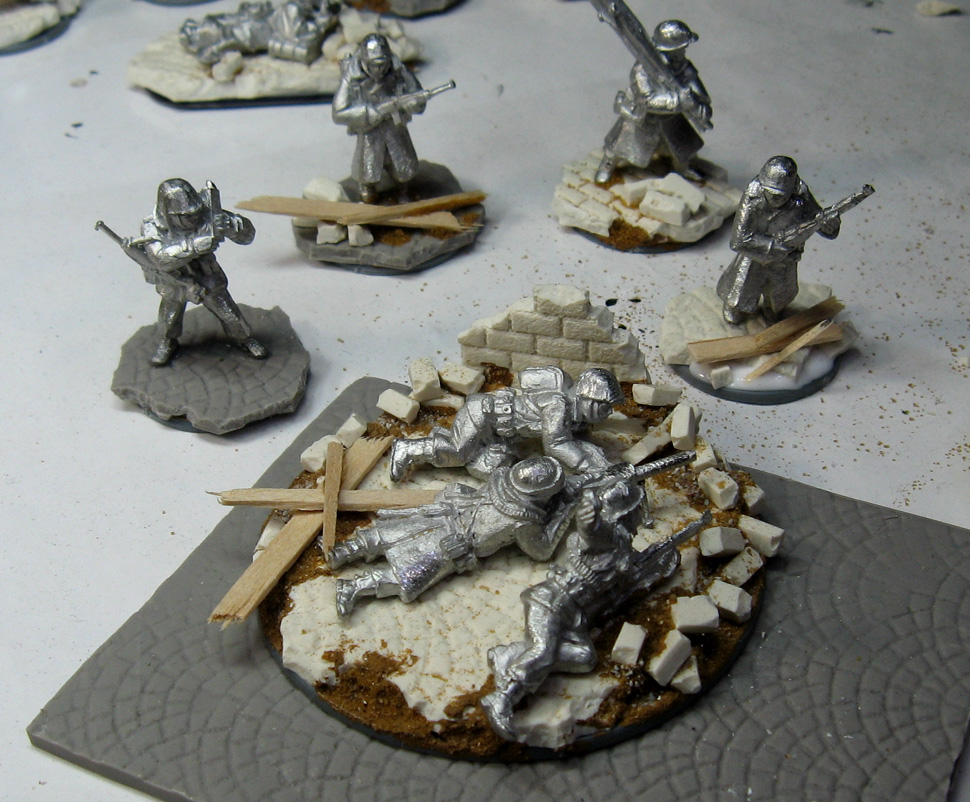 All set for primer painting!! 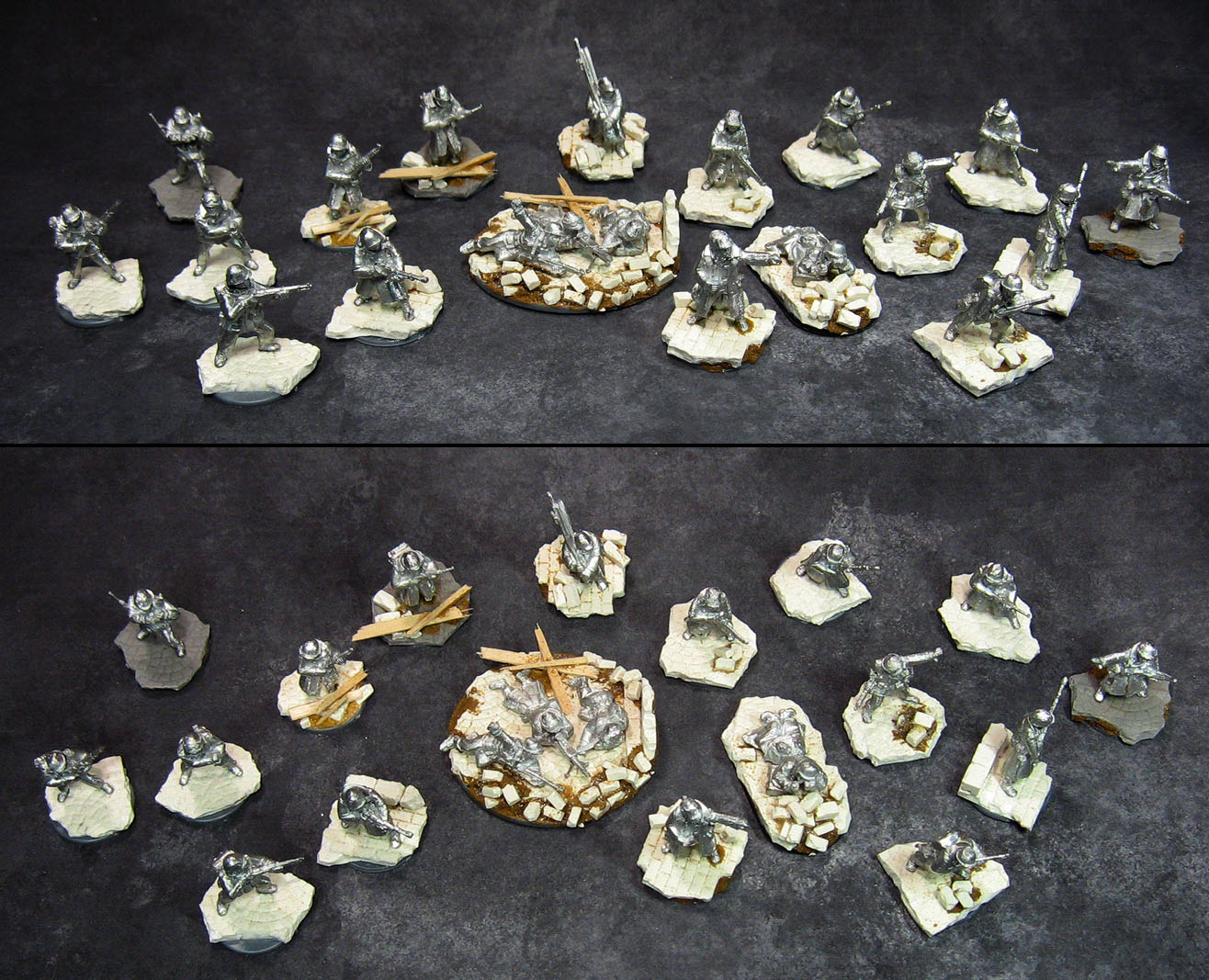 These lads will join the Winter Germans in the Battle of the Bulge, so stay tuned!!! 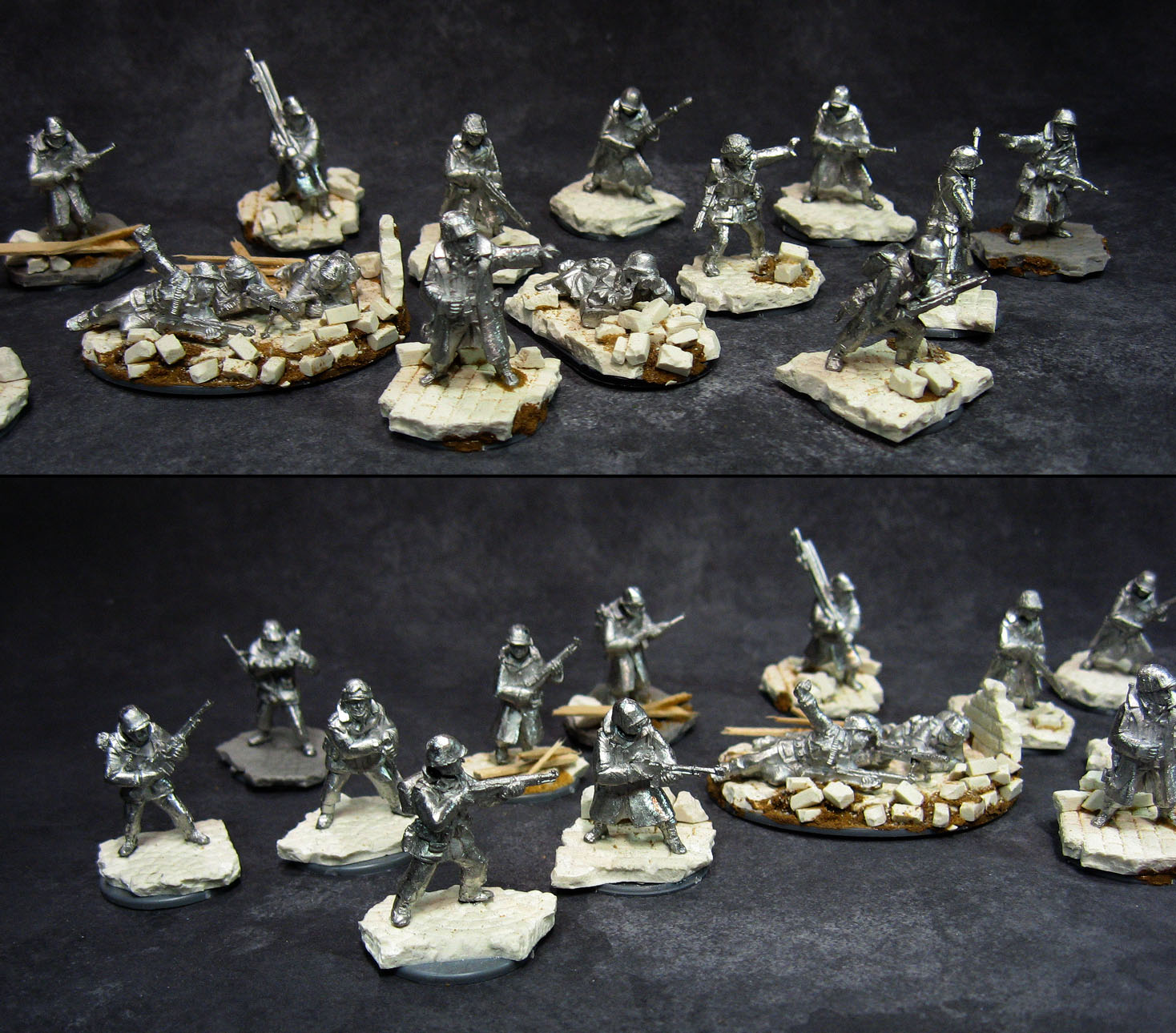