Another dose of Malifaux 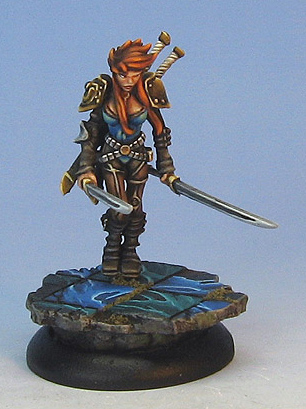 This morning we have one last collection of Malifaux figures.  I enjoyed painting this one... especially making the base from sculpey and flex paste. 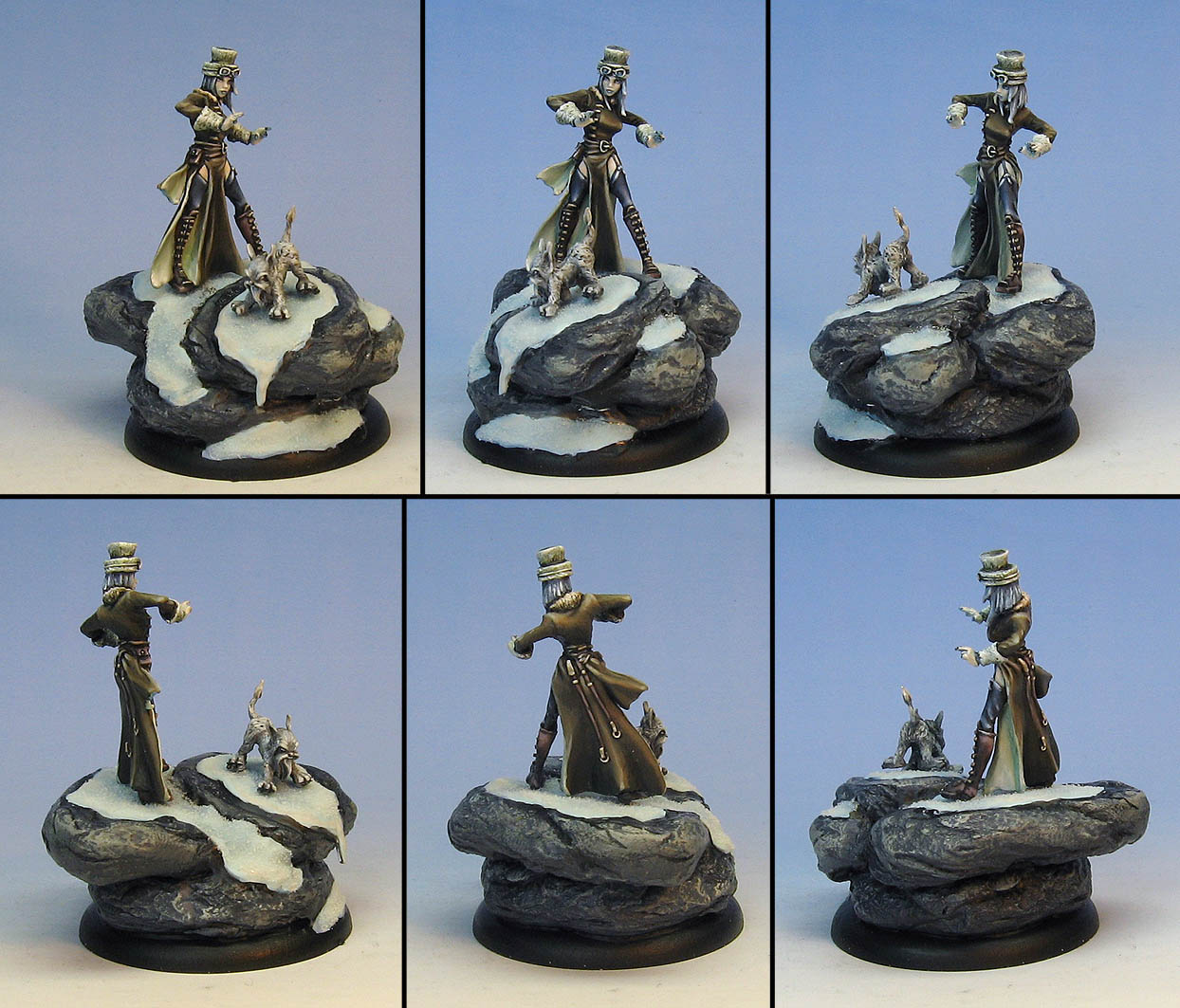 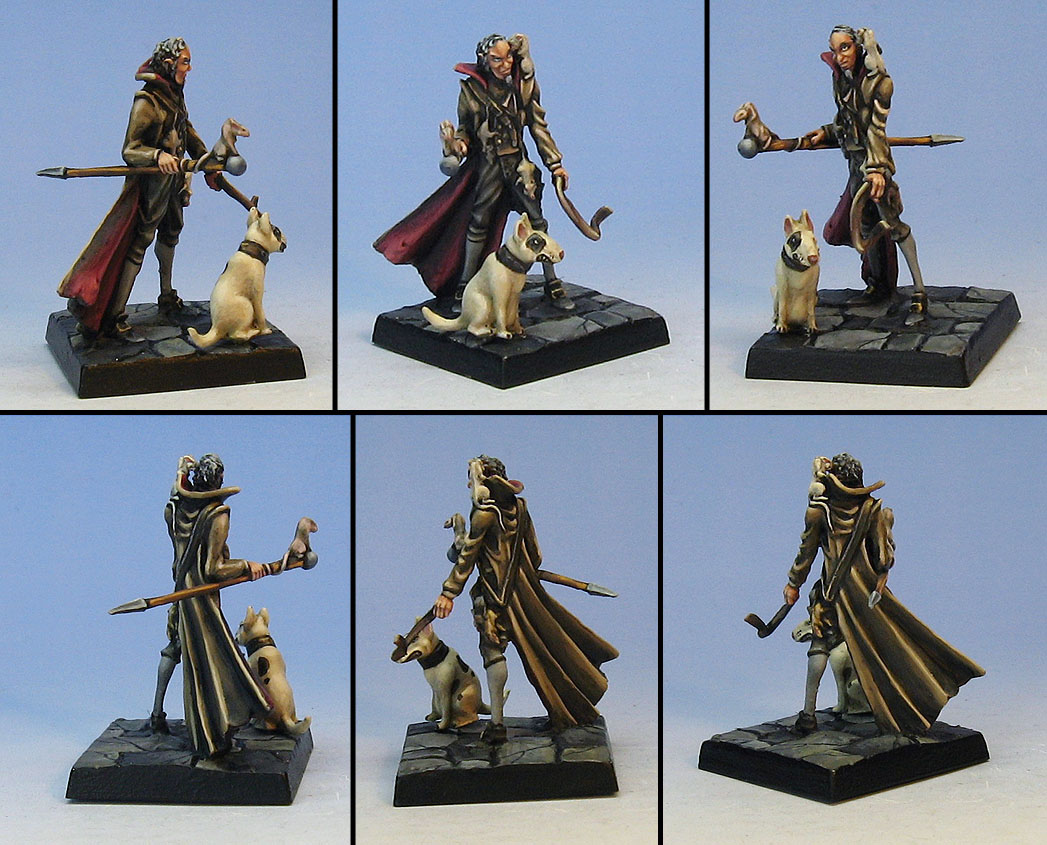 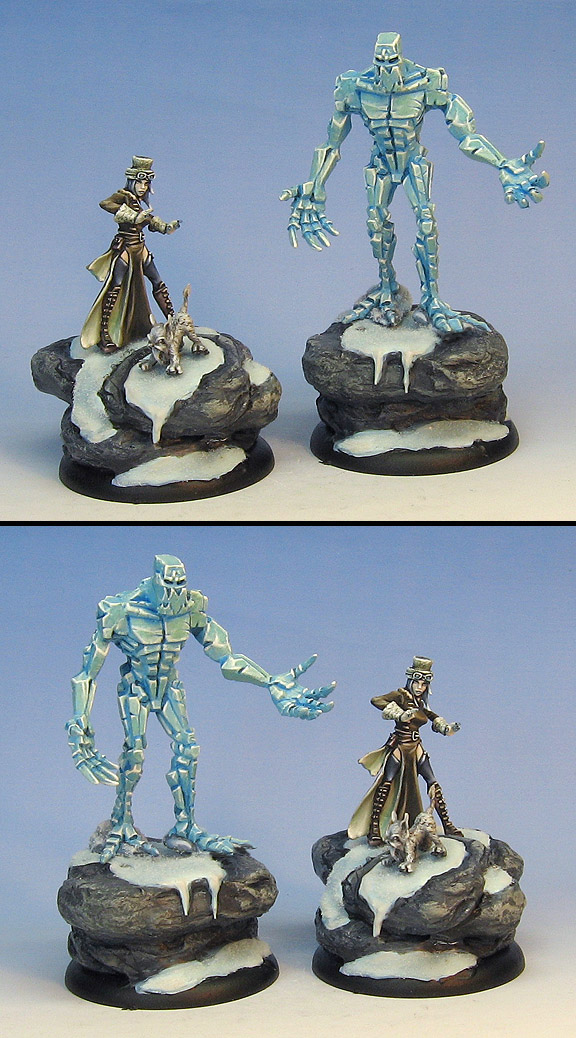 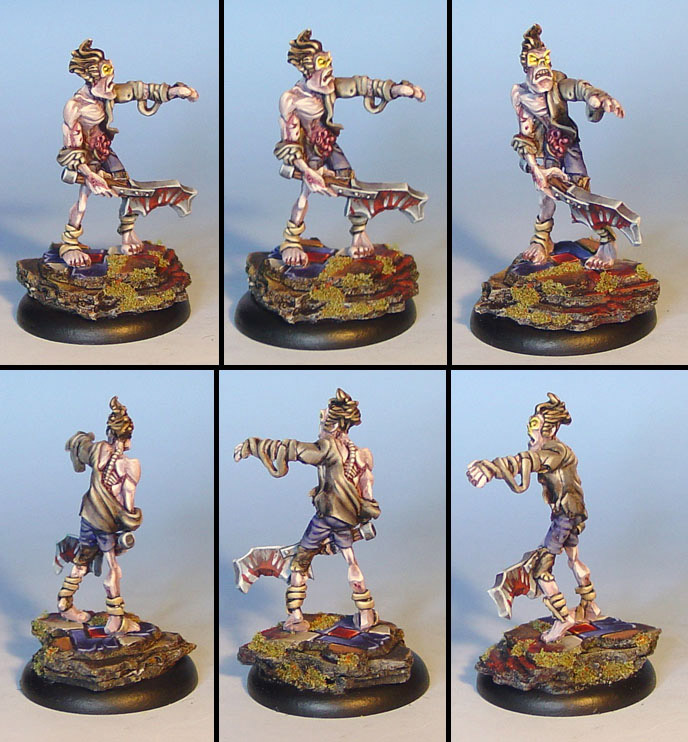 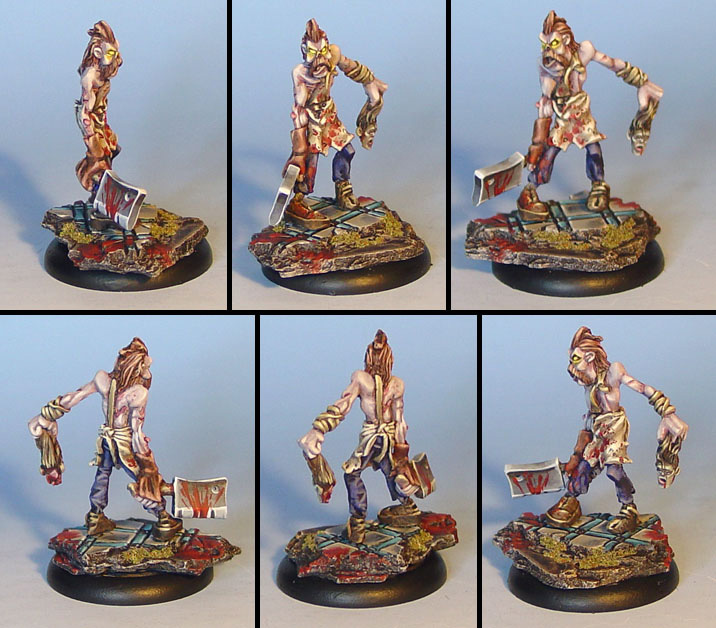 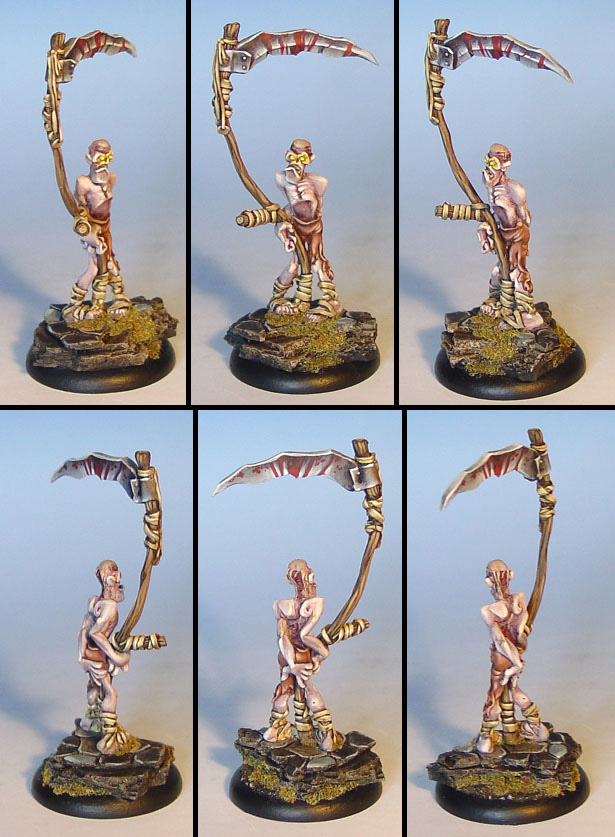 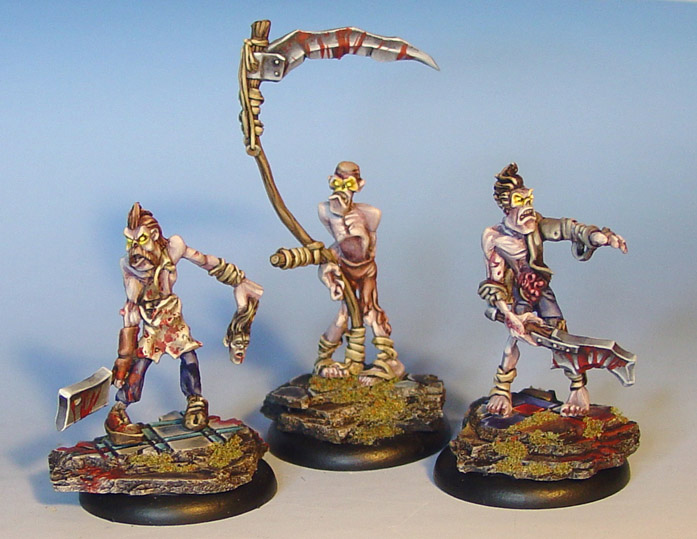 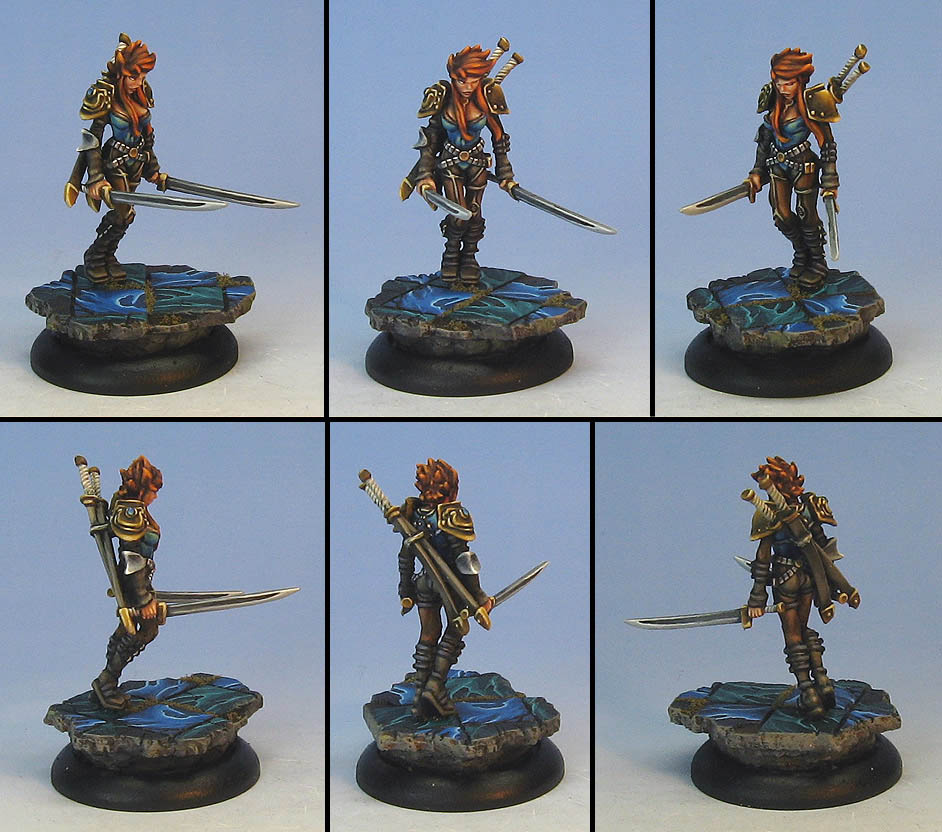 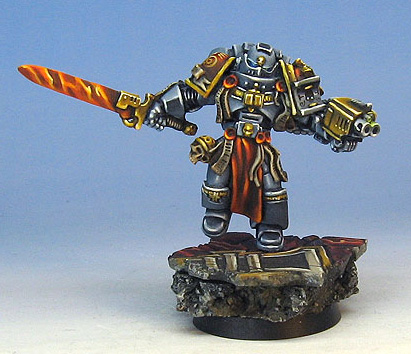 All right, another stroll down the Demonhunter memory lane.  This morning we have a series of justicars that I made for my original Demonhunters army.  The first piece was a very fun conversion that I did, which became the basis for a few Grand Master conversions later on.  I am pretty sure those have been posted already.

I used a skeleton from an undead sprue (not sure how I even had any of those bits at the time), and some plasticard for the iron halo.  The banner was green stuff, as was the storm bolter. 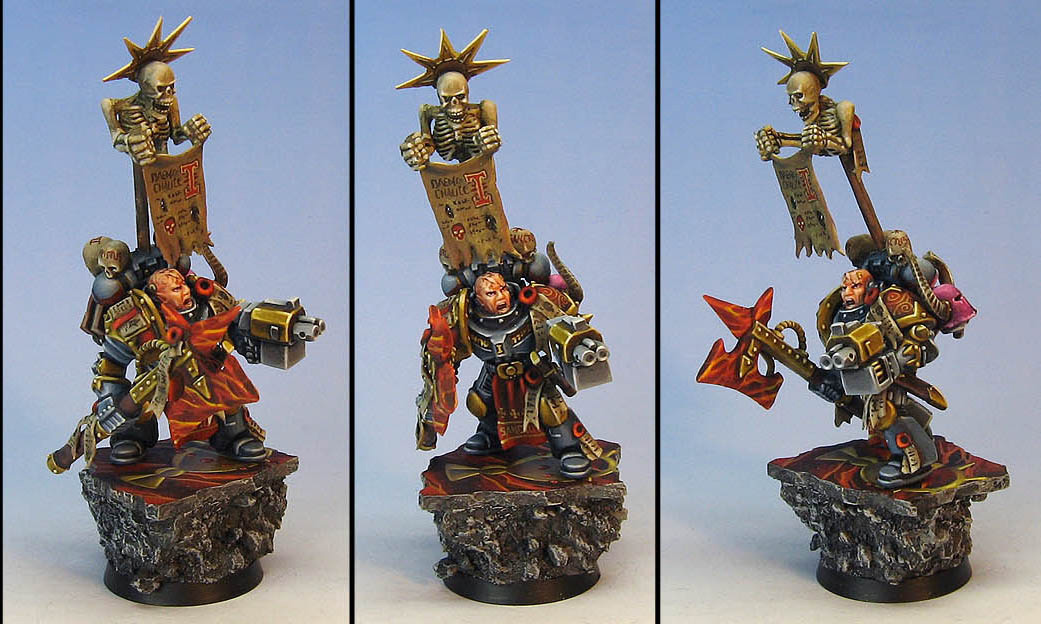 The Emperor's children trophy head was placed on him for the very same reason my Khand charioteers are getting Gondor trophy heads... as well as the Fellowship heads.  Gimli will eventually end up on the King's ride. 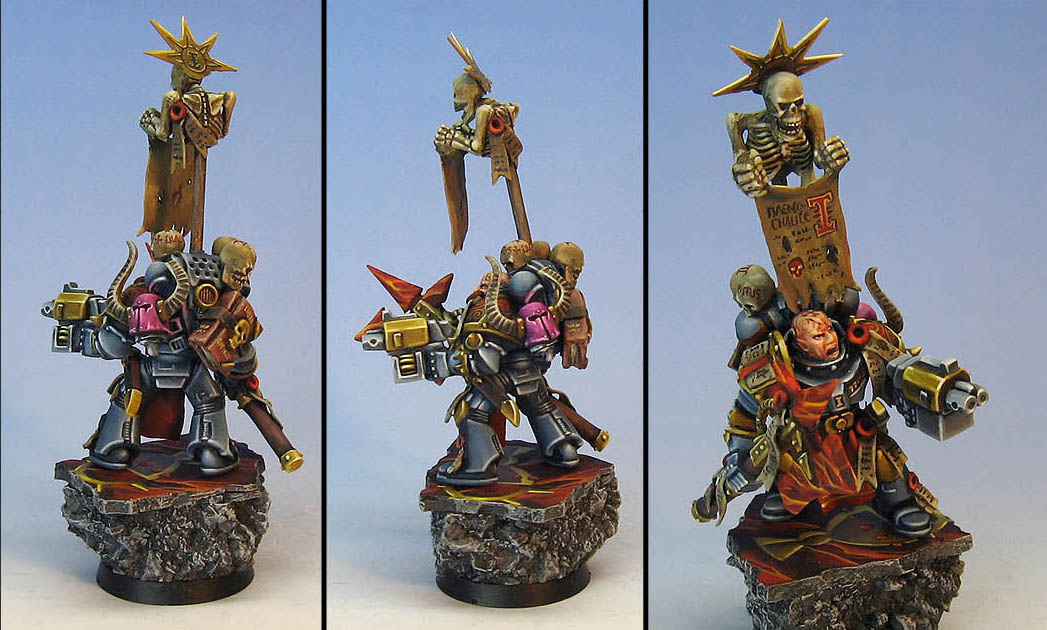 This was another quick conversion using a standard space marine of some kind.  In the early days, the majority of my Demonhunter figures were conversions such as these. 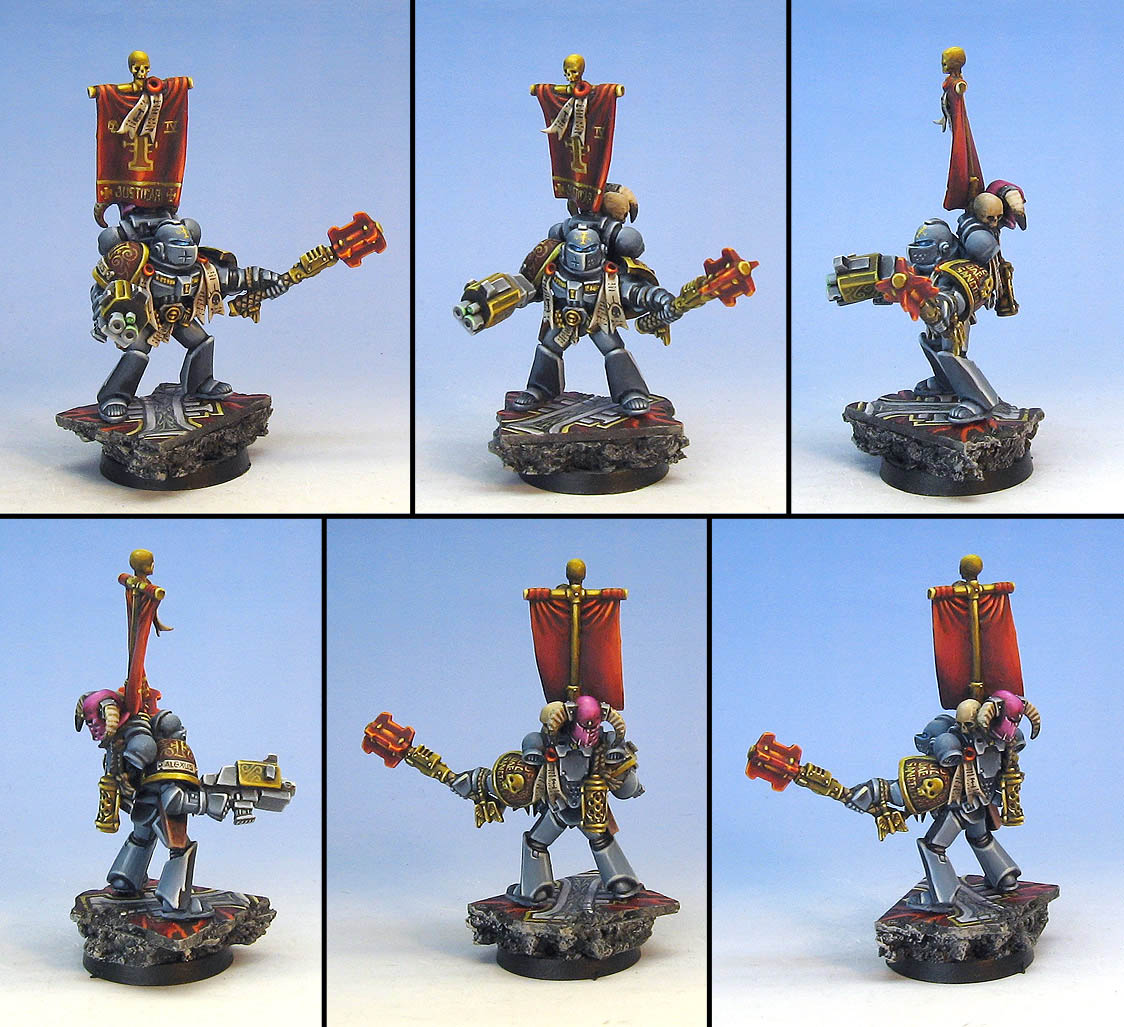 These next two are a bit more "standard". 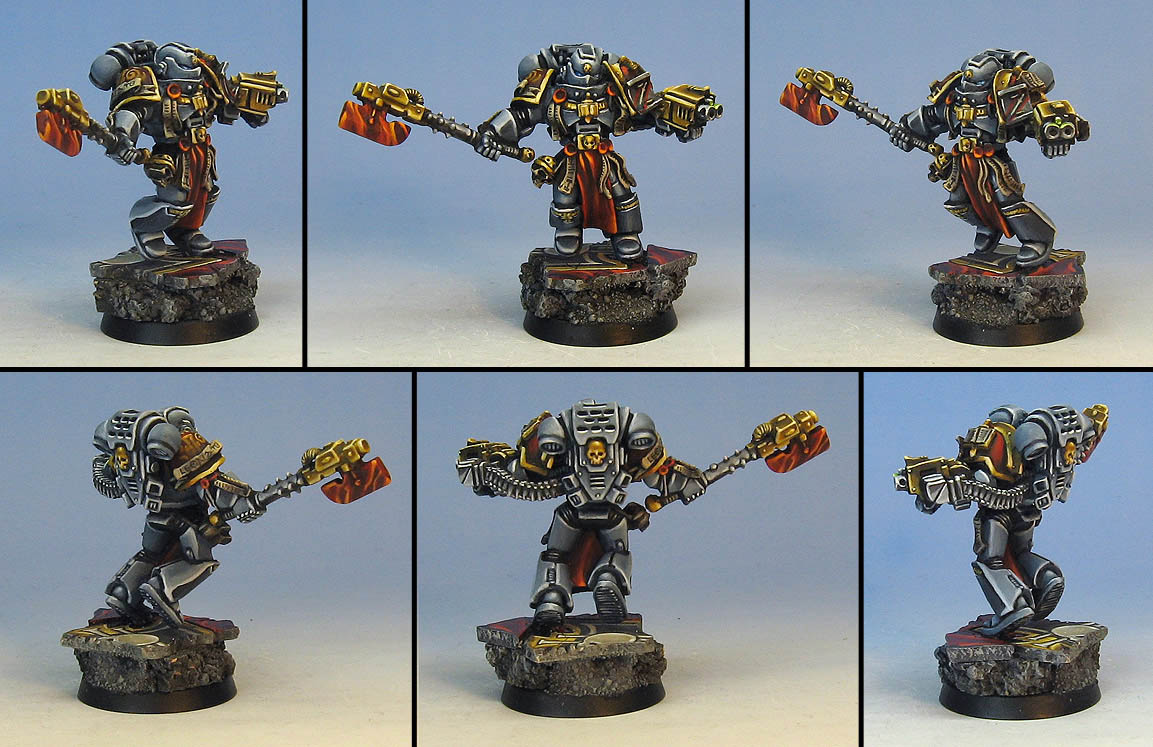 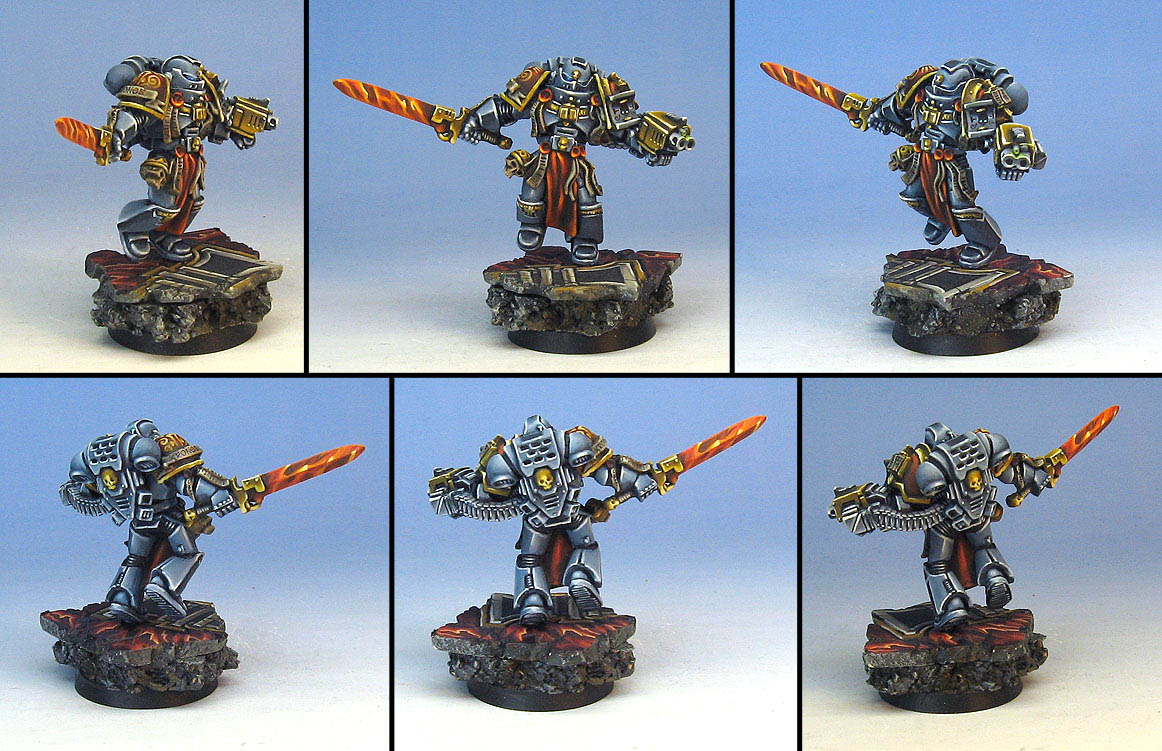