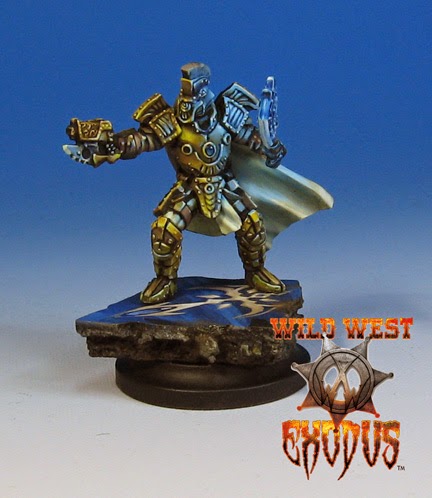 So, my first Holy Orders figure for Wild West Exodus!

He is Mimreg Zain, and he packs a wallop.

You remember the bases that I made at Gen Con in anticipation of these guys.  One of my intentions was to reflect the blue of the marble into the cloaks, which would be white.  These shots give you a sense of that...

I also had to reflect the blue onto the gold armor.  That meant lots of fun greens worked their way onto the various surfaces.  A nice contrast to the warmer, more reddish golds.

I look forward to doing more of these guys :-)  We shall see how they work in the context of the wider game, since they cost a ton of points.  Just about guaranteed to be outnumbered all the time.

Posted by wappellious at 2:29 PM 2 comments:

That really grinds my gears 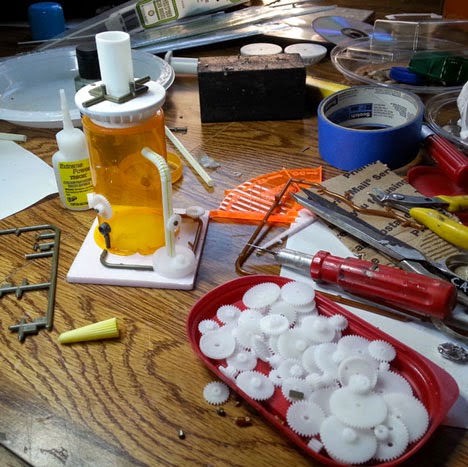 Our Wild West Exodus games are going to need a variety of terrain.  Rich has been making various elements, such as the water tower and the mesas.  We are in the process of creating the town buildings that we want.

Some of these pieces will be more steampunk in nature, as the WWX universe does have some very interesting power generation sources. 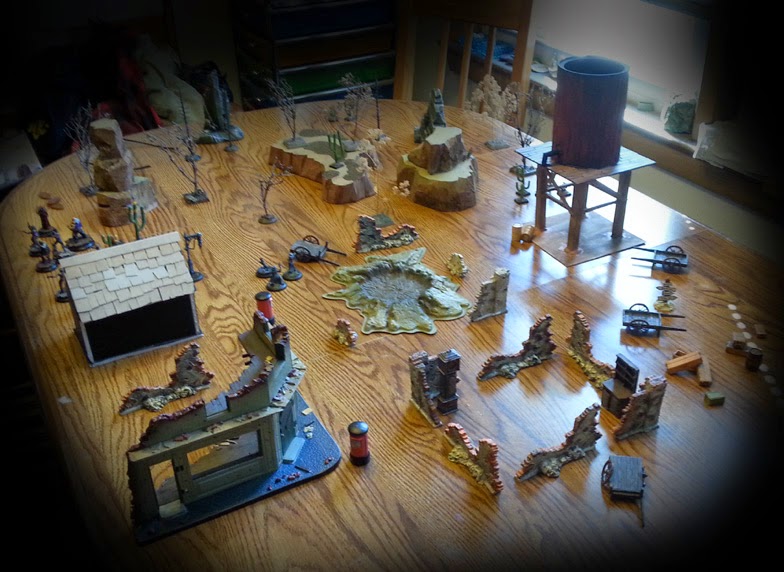 So it was time to gather up my collection of various junk and set down to making a power generator!

The new element for me was the plastic gears, fresh from Amazon!  Yes! 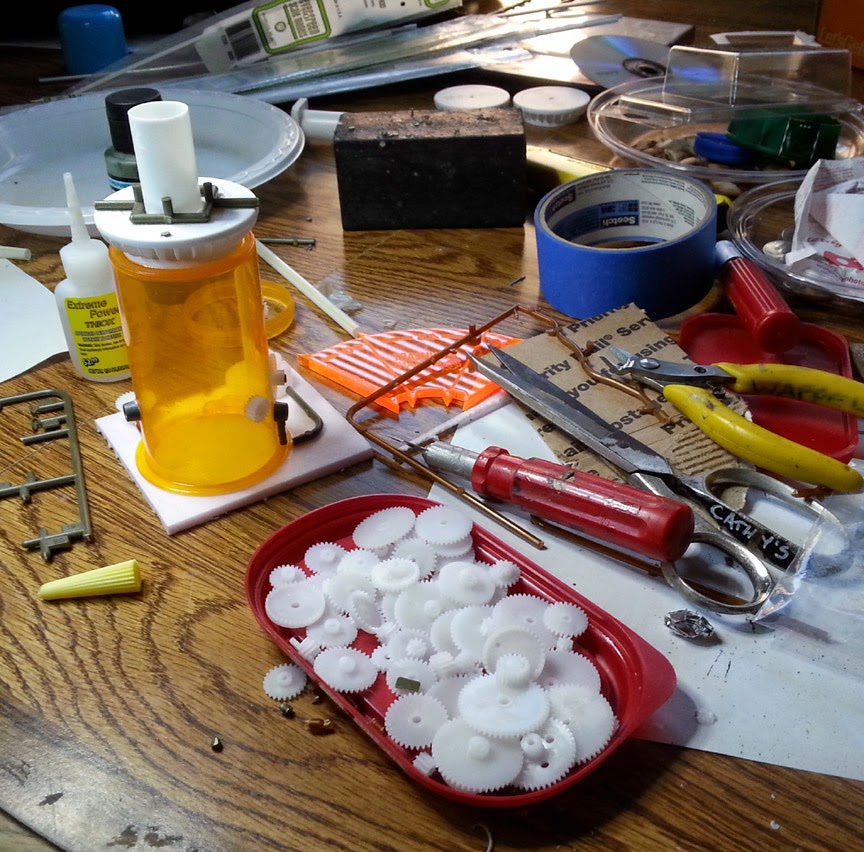 After I put the first few gears on, I realized that I could also use them on some of the pipes as valve shut offs.  I had to file the end that would be attached to the various tubes with a rounded file to make sure they would adhere more easily. 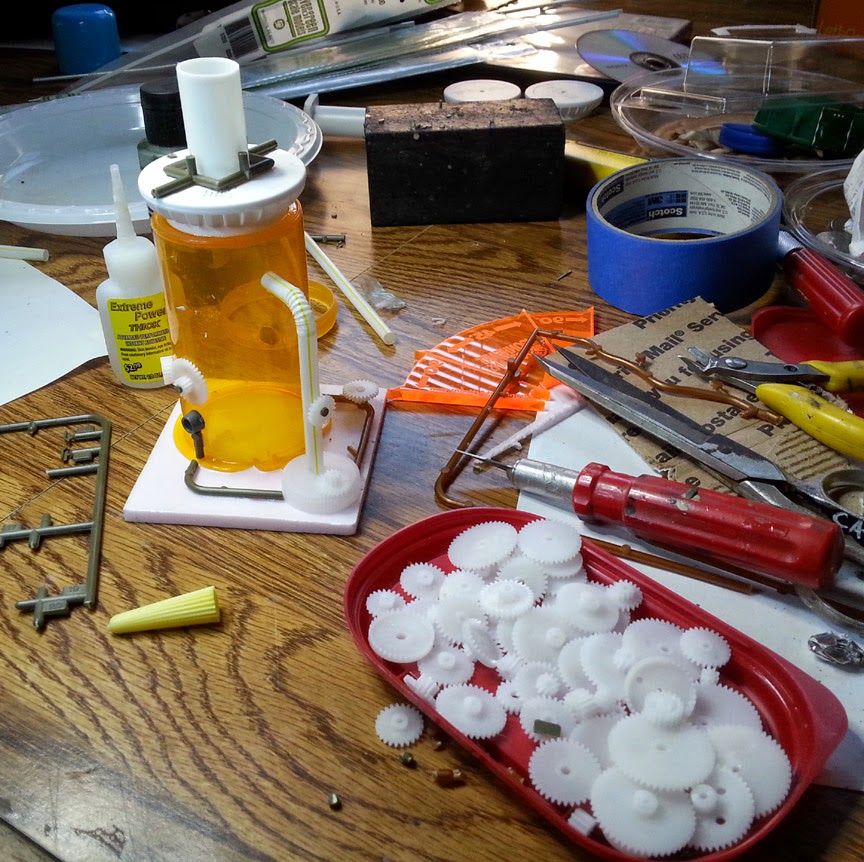 To make the container more like a boiler, I added a few simple pieces of polystyrene tubing to the sides.  This has worked very well in the past for other similar terrain pieces. 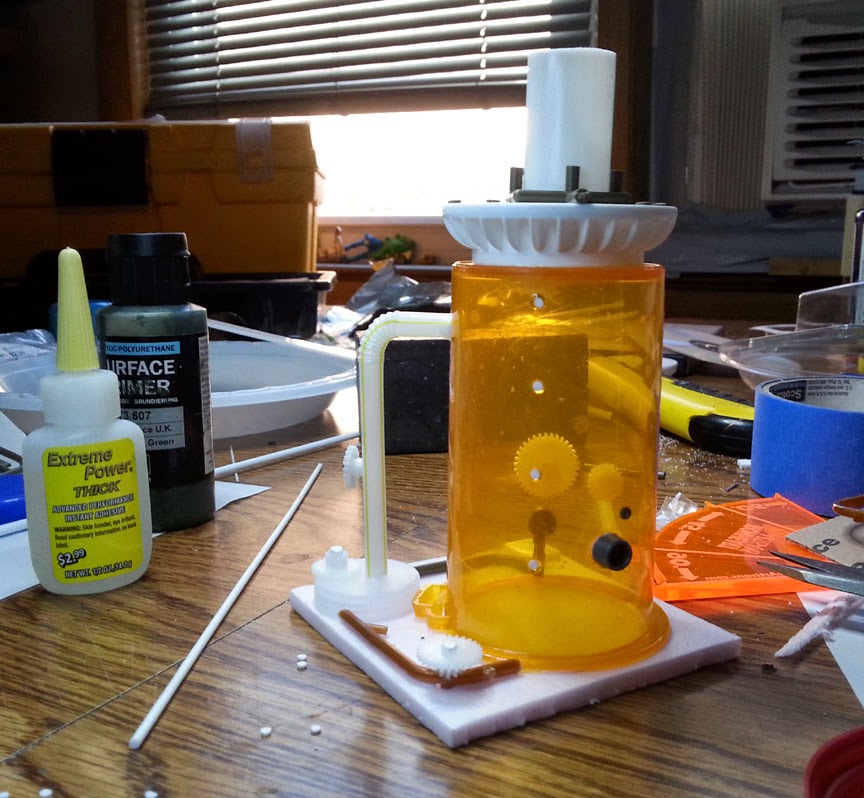 The top section will have some red glow, appropriate to the Lawmen/Union/Outlaw power sources. 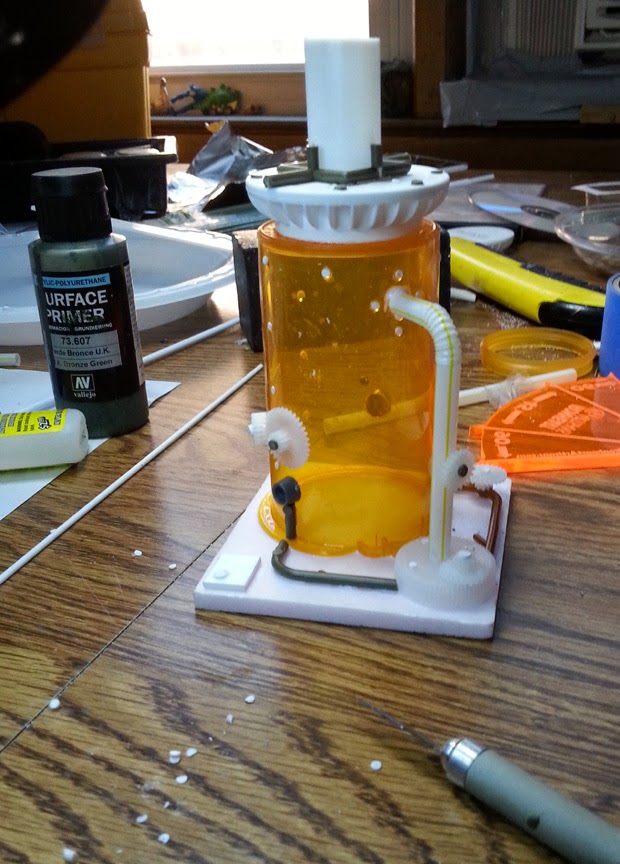 After waiting for the glue to set up, I had to get some primer on this. 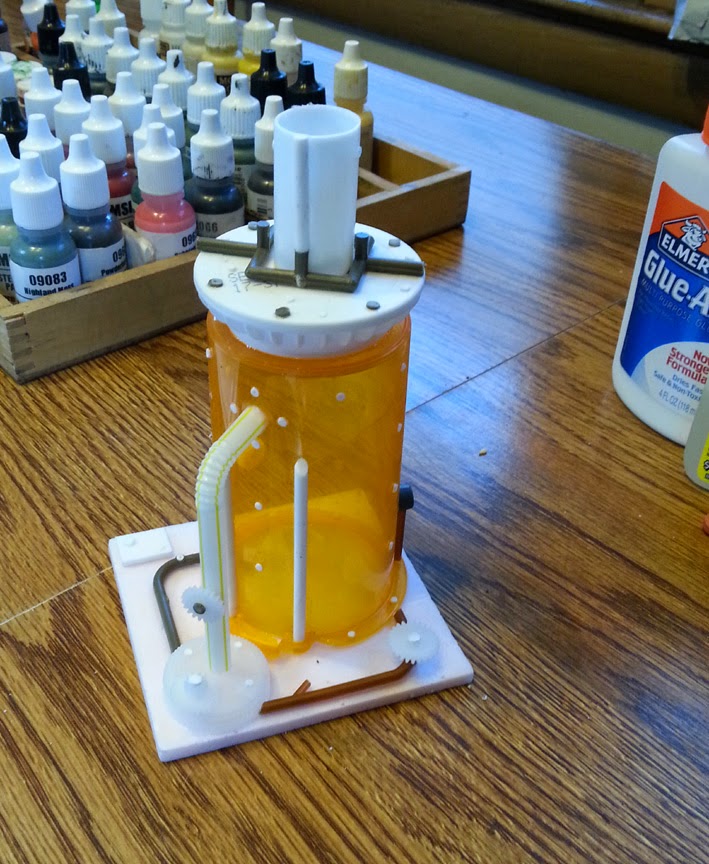 I decided to mix a few metallic colors into the primer to speed up the process.  I primed the area of the red glow as white as I could, so that the glow would be more intense.  The little round things attached to the main boiler will be pressure gauges!

I will probably fill those in with green stuff or a piece of plasticard. 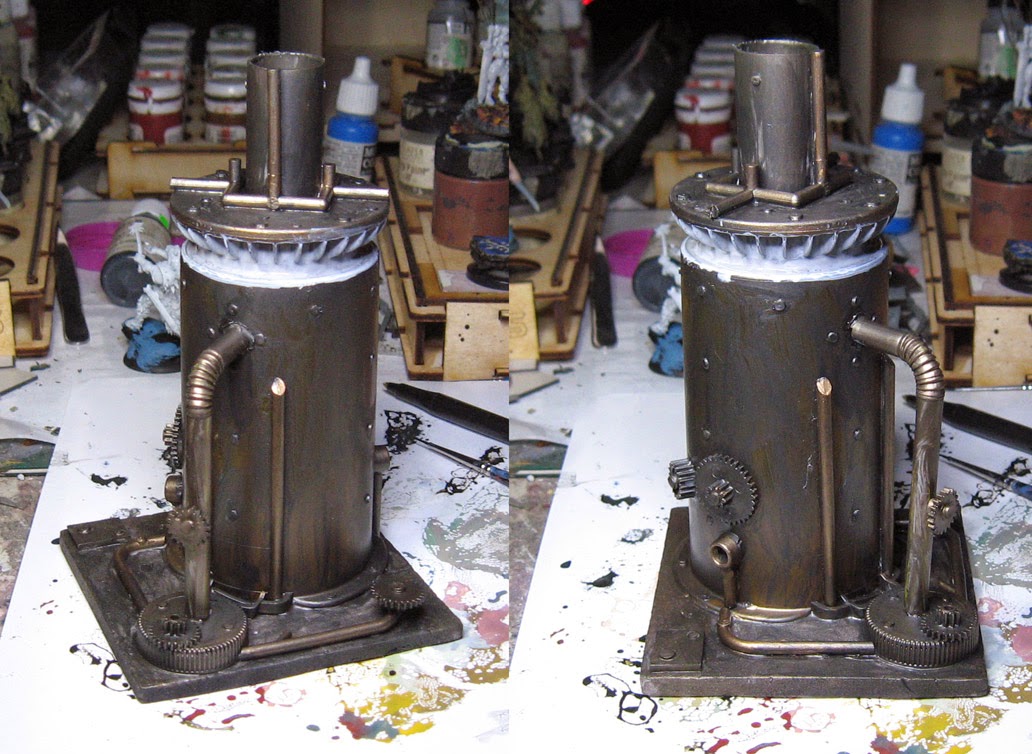 Posted by wappellious at 2:46 AM 8 comments: