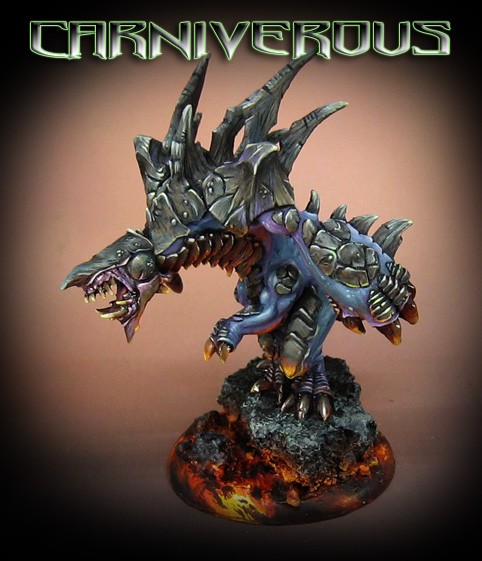 It's been a long time since I last posted a Privateer Press mini, so here you go!

I had thought of starting up a Legion of Everblight army years ago, but I didn't want to do the snow treatment that is normally seen.  Wanting to experiment with a reflecting lava theme, I just could not resist trying it on the Carnivean.

Contrasting the cool colors of the skin and neutral grayish browns of the carapice with the fluorescent orange of the lava was a lot of fun!

I tried to incorporate as much purple and green as I could in that carapice, so that the overall colors would not get too boring and static.  Purples also had to be included in the skin tones.