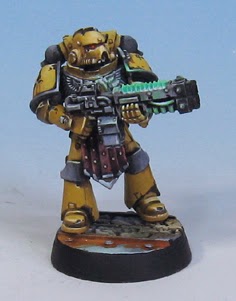 Sorry for the delay.  Trying to figure out posting stuff to You Tube.  More of the Imperial Fists today.

People ask all the time, so some of the colors I used on these guys were Iyanden Darksun, Tausept Ochre, some off whites, and Vallejo Leather Brown.  There were some glazes thrown in as well, which you will have to engineer yourself, since there are no formulas there :-)

Posted by wappellious at 4:26 PM 4 comments:

New images of the Eggshell Redeemer 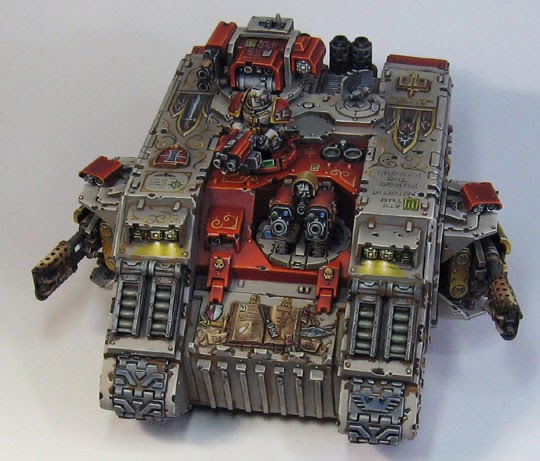 For whatever reason, I could not find any images of this in my files, so I thought that I would take advantage of all the new advances in LED pure white lights and other things that were not available back in the day. 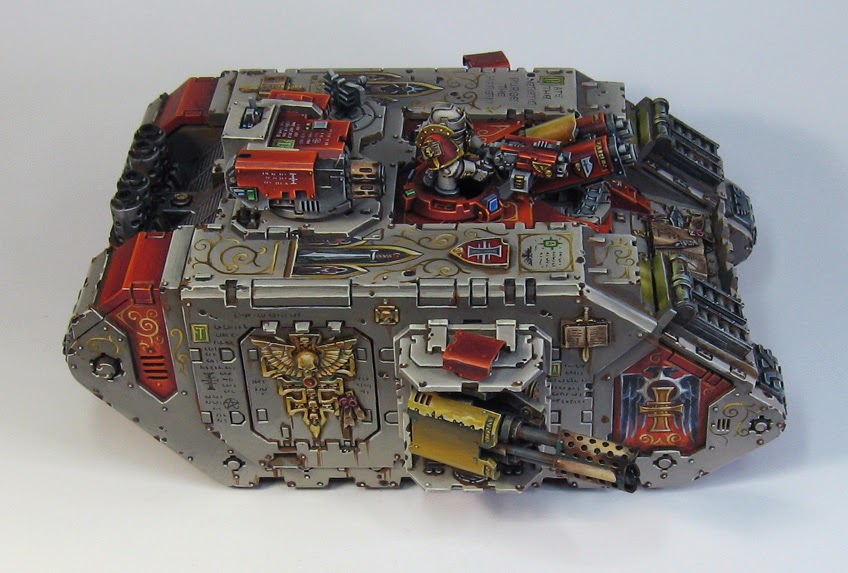 This meant lots of new images!  Yea!  I could finally get a true representation of the vehicle. 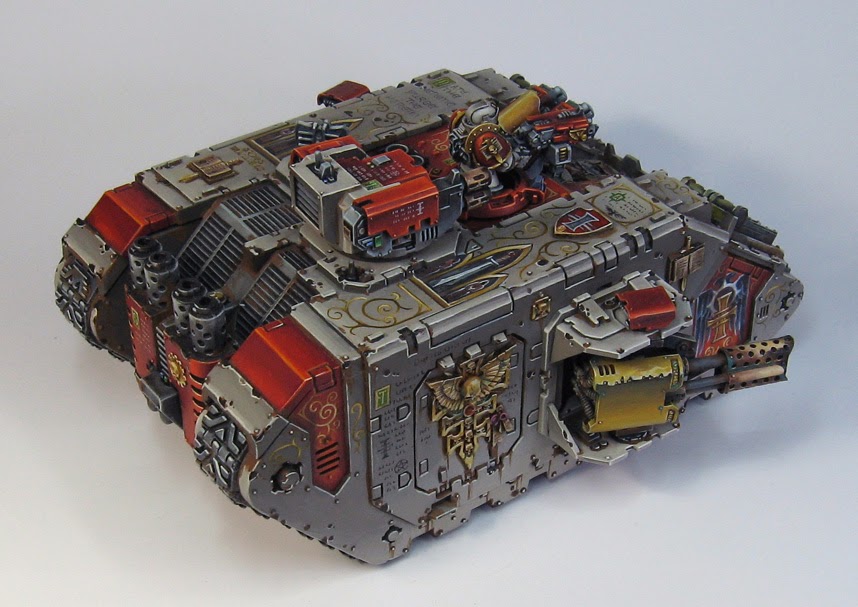 There were some color changes on this Redeemer as opposed to the first one.  You will also see the differences in the freehand. 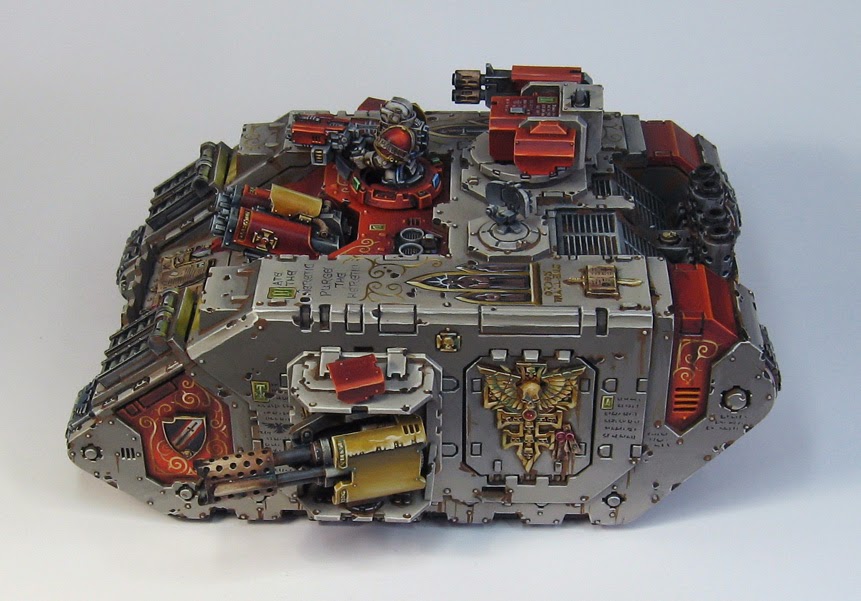 Some things stayed the same, such as the battlefield horizon lines on the cowlings of the incinerators. 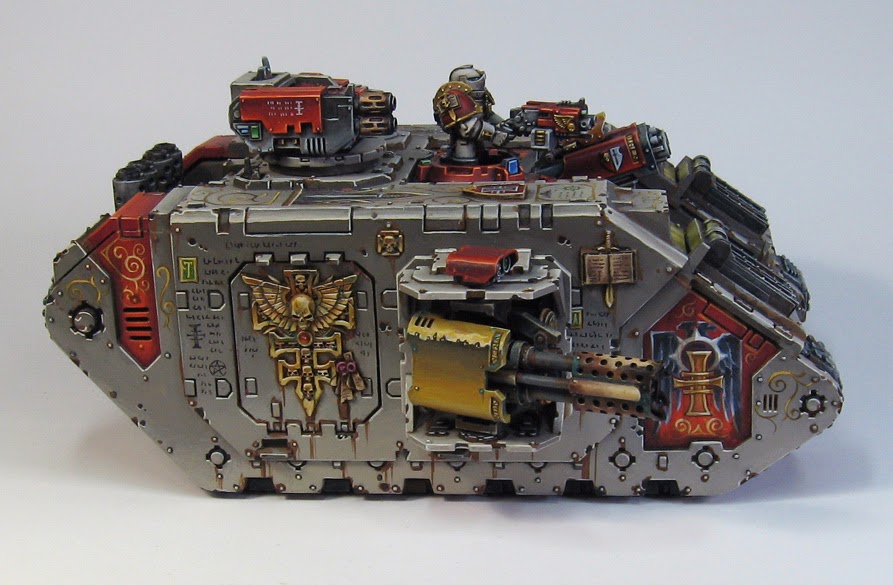 There was certainly a lot going on with these monsters!  Lots of small phrases and passages scattered about. 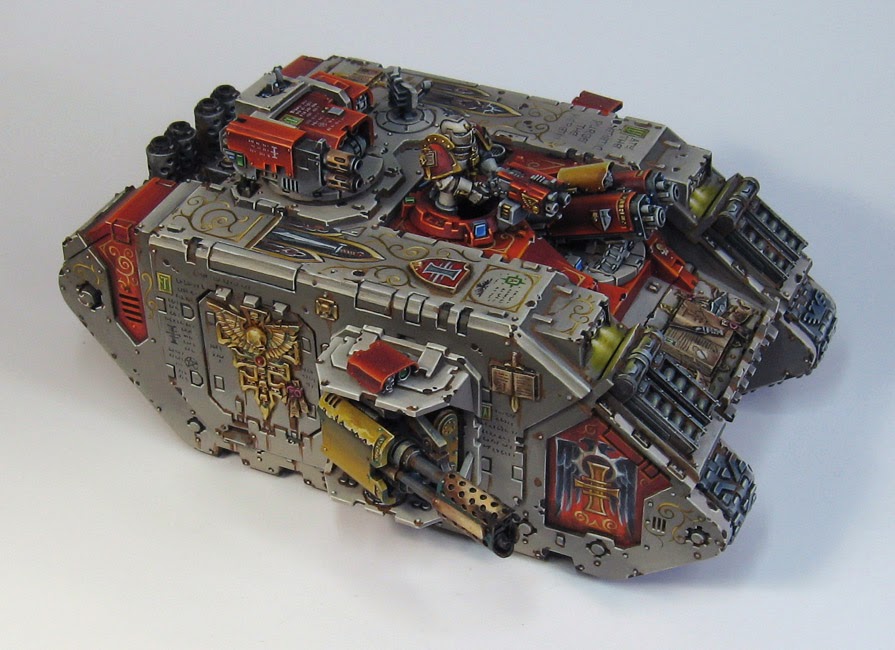 I had a lot of fun with the images on the upper surface of the hull.  I had always wanted to try something like that :-) 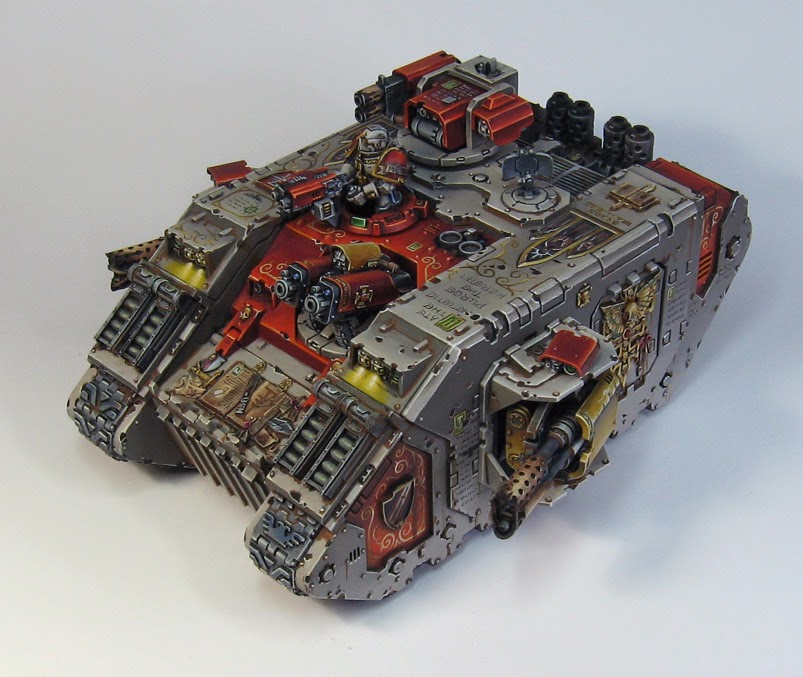 What was less fun were all the mechanisms and the 27 separate parts that had to be painted before assembly! 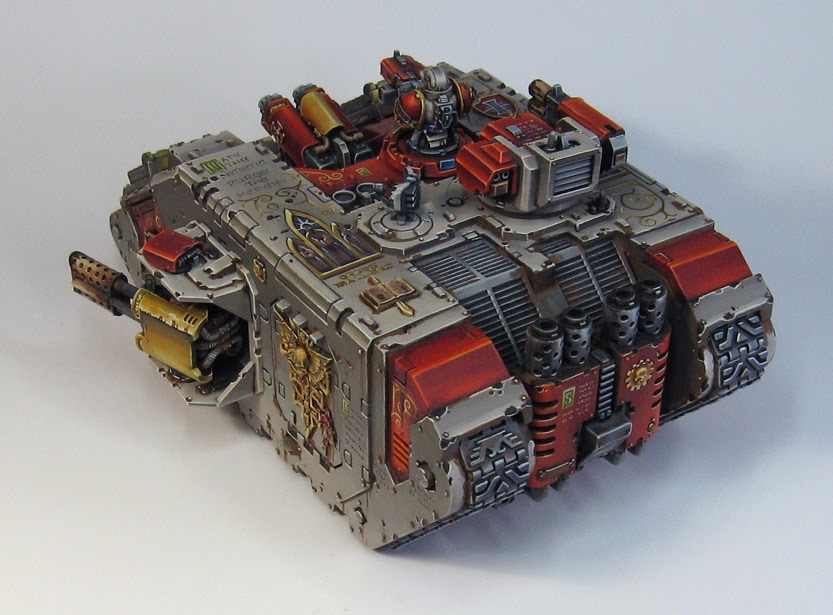 Plus, the Forgeworld stuff had all the usual fun elements like warping, bubbles, mould release that would not come off, scale issues, and so on.

More images to come, including side by side pictures with the first Redeemer vehicle!!! 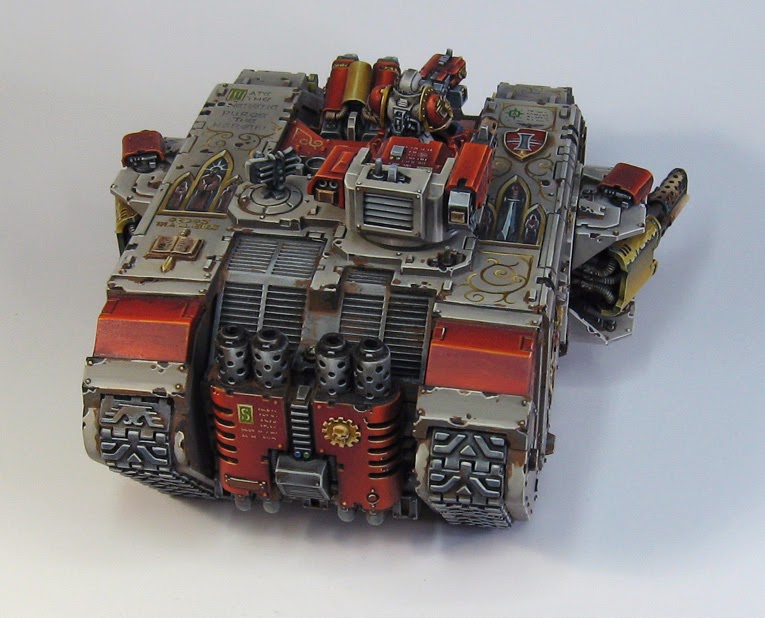