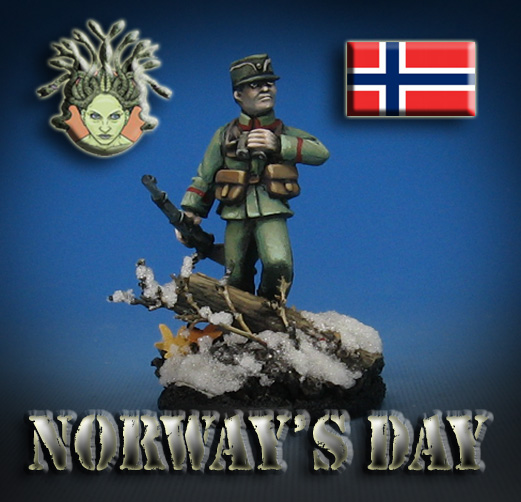 On Norway's National Day, it is only fitting to have another member of the Narvik force join the fray.  This is from Gorgon Studios, which has an entire range of early war Nordic Campaign figures.

Painting these figures has been quite different from most of the other armies that I have done so far.  In some ways, these early war uniforms more closely resemble policemen, with the exception of the color.  Some of the illustrations at the time have more of a First World War appearance as well.

This army continues, to grow, along with the French Foreign Legion in the sheepskin and anorac.  More to come, so stay tuned!

And to all my Norwegian friends, best wishes!!!

Posted by wappellious at 9:51 AM 2 comments: