The construction of the Great Temple of Blood

Since I have been posting so much about the Temple of Blood, I thought it would be fun to share some images taken during its construction.  I can't find my earliest photos of the very beginning stages, so I will update this if I can find them :-)

This is, in fact, the second Temple of Blood.  I made the first one many years ago, entirely out of sculpey!  It weighed a ton, of course, and that would not be practical for an army board/terrain piece at tournaments, etc.

As you can see, most of it was built out of foam core, which is strong and light.  It is also possible to 'weather' it almost as well as I could with sculpey.  While I was putting together the lower levels, I realized that I needed to widen the temple to accommodate movement trays.  Not just for display, but also for fighting!

On the ground level, I used baked sculpey that was carved to match all the bases and movement trays of my units.  The Blood Moat texture was built up with flex paste, and then painted with a blend of water effects and red gore.

These first images give you a pretty good idea of how it was built: 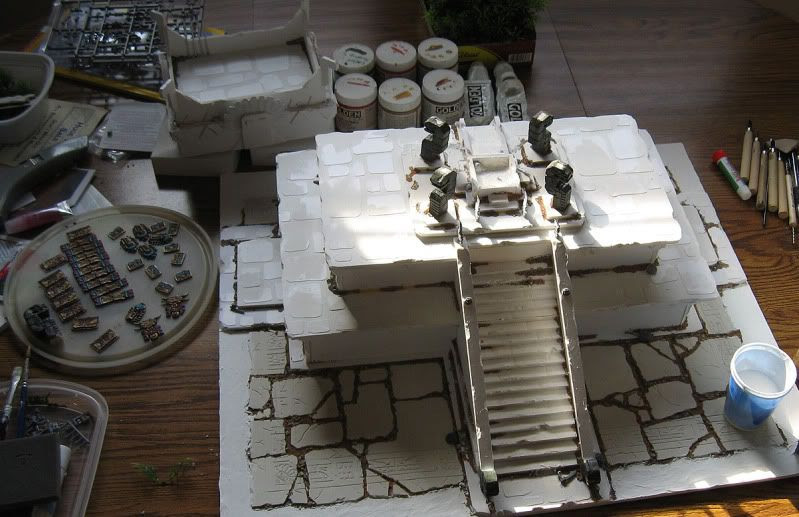 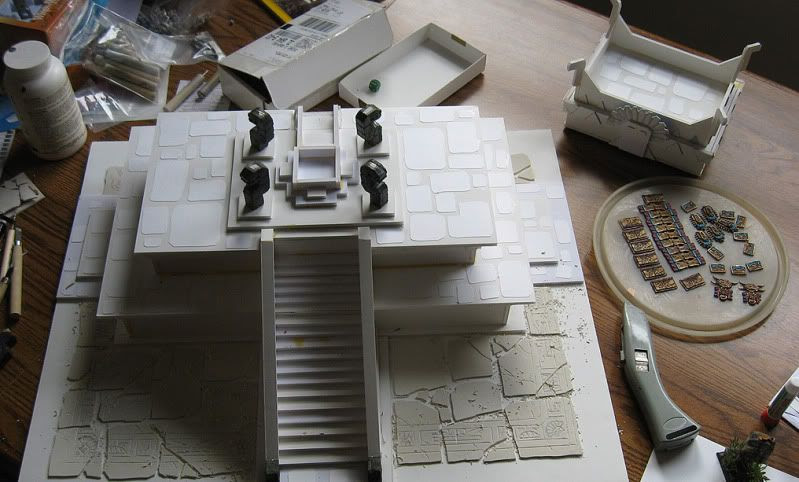 Those images show you the serpent columns, which were also made of sculpey.  The fun little altar is visible here. 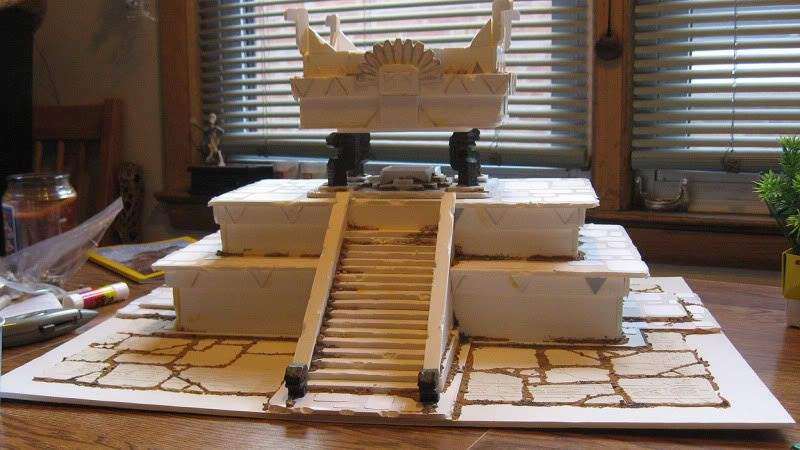 Those images show the whole edifice completed, with ample amounts of sand and gravel scattered all over the kitchen.  It was like a day at the beach for several hours, minus the broken bottles.  Now on to the painting... 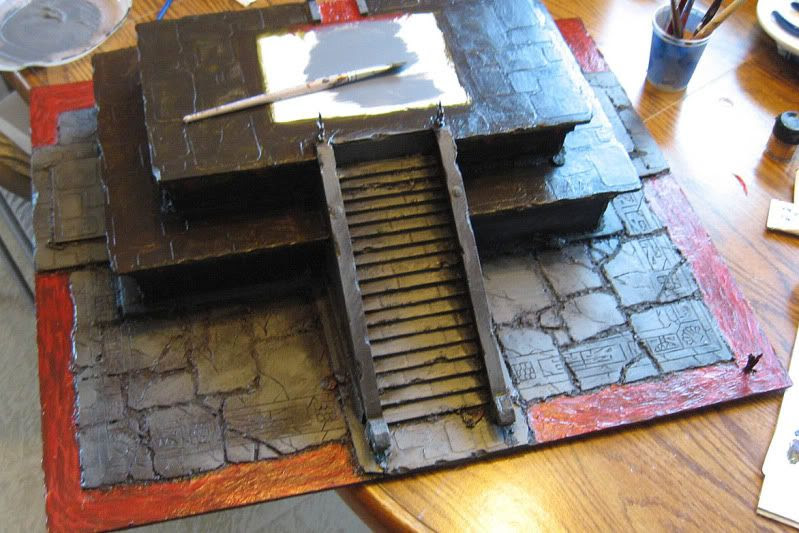 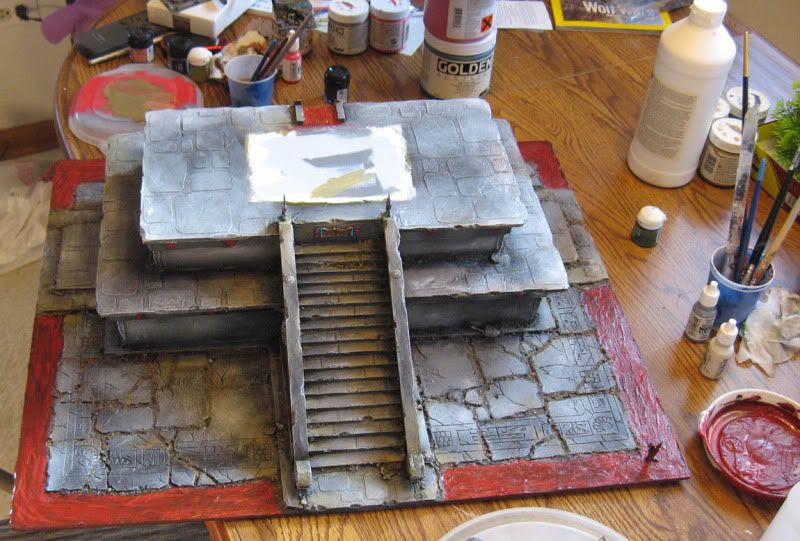 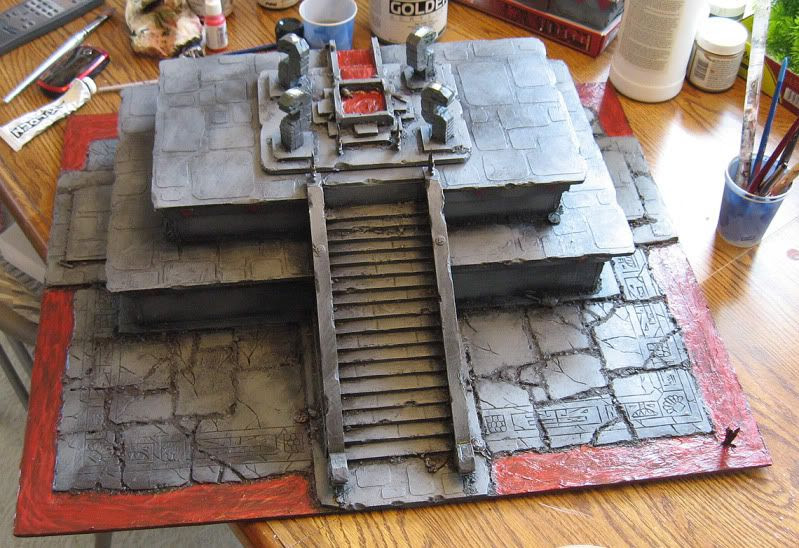 Once the vast majority of it was painted, it was time to put on the vegetation.  Wow, that was a huge mess!  I started by placing all the plastic aquarium plants, anchoring them with green stuff.  I grabbed several types of flock and static grass to do the majority of the temple, using a big tray to collect the avalanche of unglued debris which kept falling.  I was able to save that and use it on the Temple. 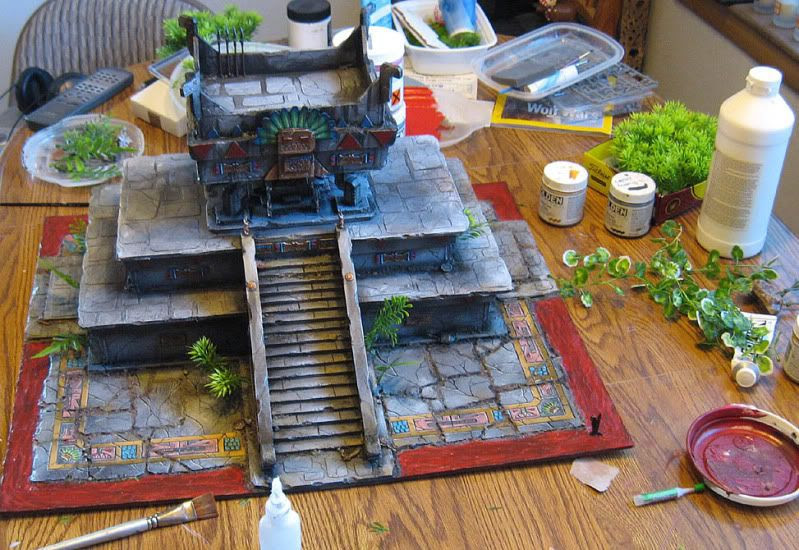 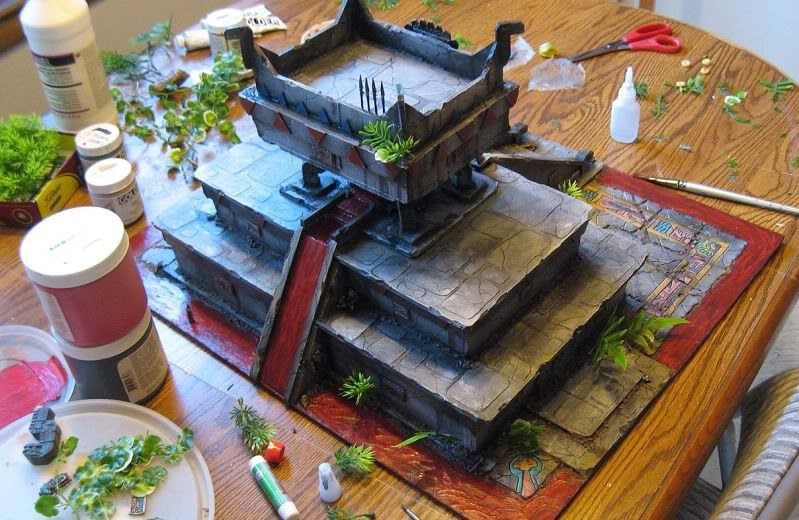 Since then I added a 6 inch by 2 foot section to the front of the board to make it more viable for Armies on Parade display.  I will post those images tomorrow.

In a brief departure from the Lizardmen, here are some miins which I just finished paintnig for Dark Age Games.  I believe this is a new release which is happeneing today, since I just sent them the photos!

Here are some images: 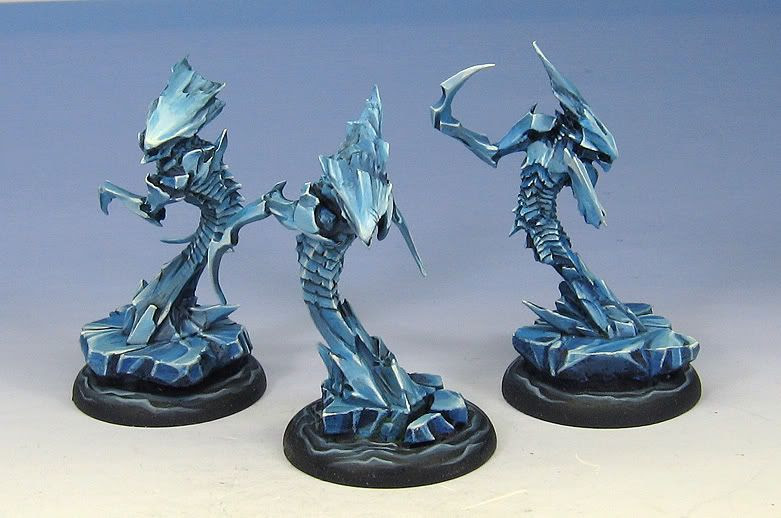 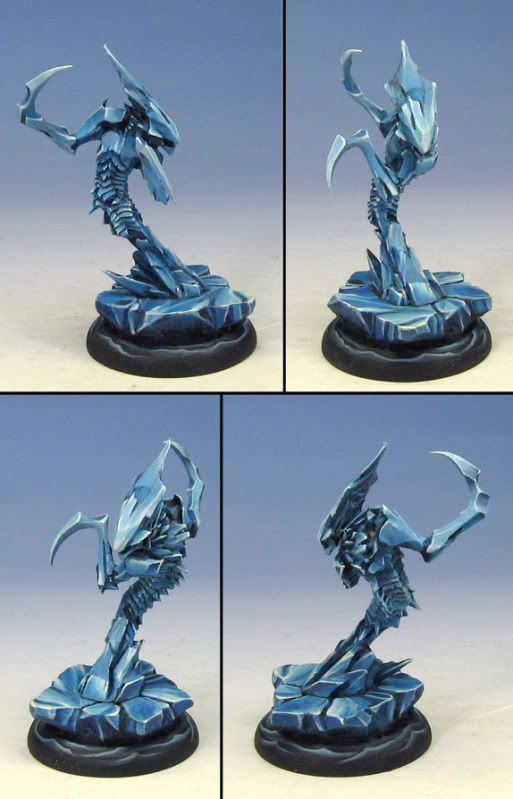 They were very fun to paint... I love doing ice effects.  The bases were made from baked sculpey that was carved and faceted.
Posted by wappellious at 11:58 AM 2 comments:

Some close up images of units on the Temple of Blood

Here are a few close ups of units on the upper levels of the Temple.  I made sure that my skrox units and Bobo's gang of Temple Guard could fit in that top level. 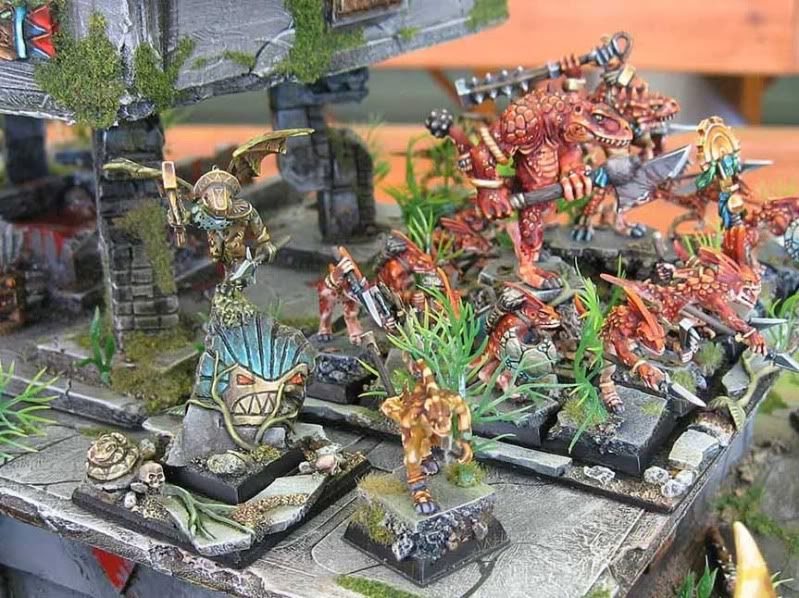 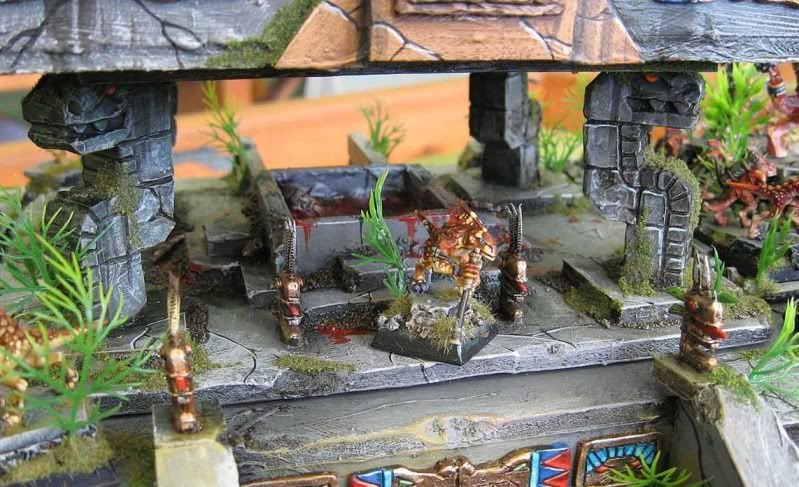 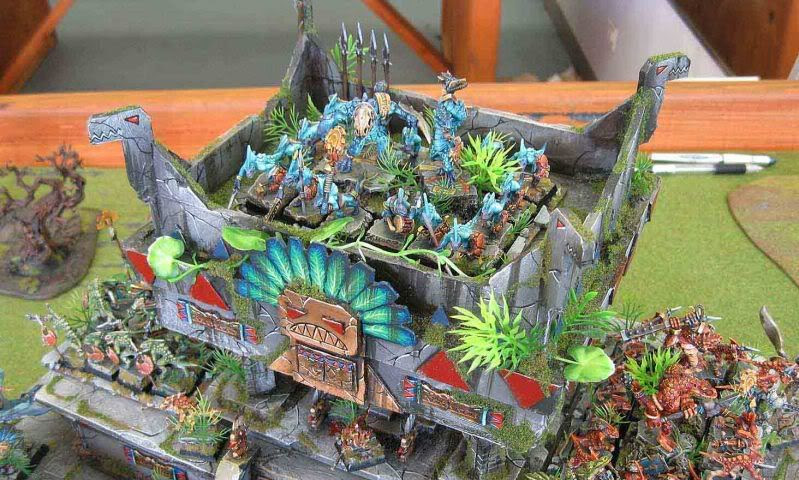 This view shows some of the causeways over the Blood Moat being guarded by slamanders! 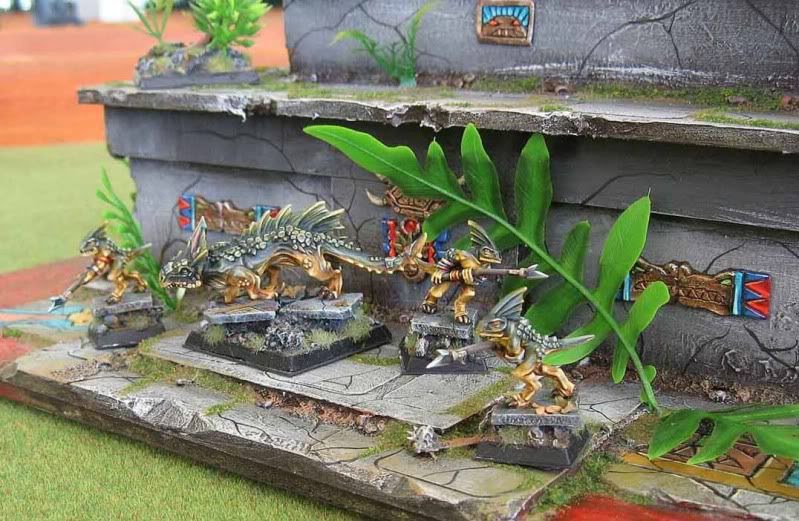 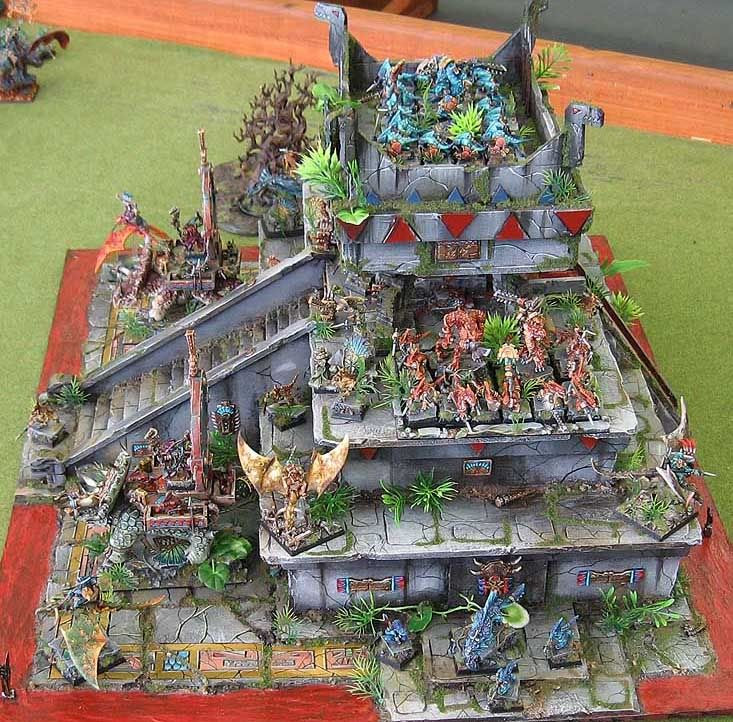 No Temple restoration army worth its salt would be without some Engines of the Gods! 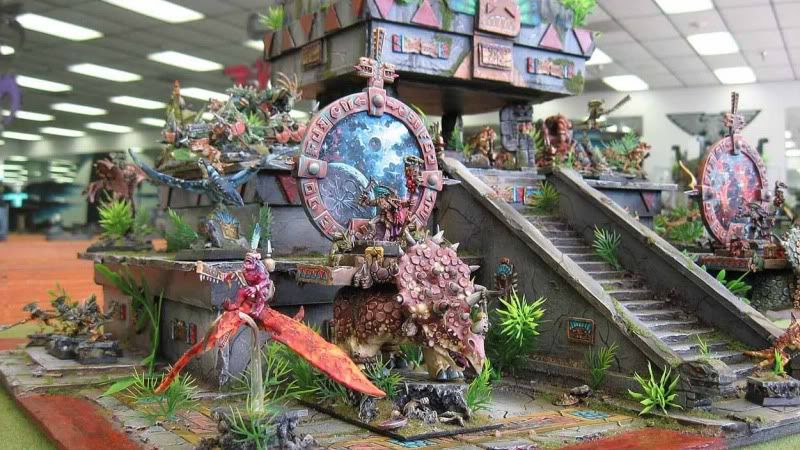 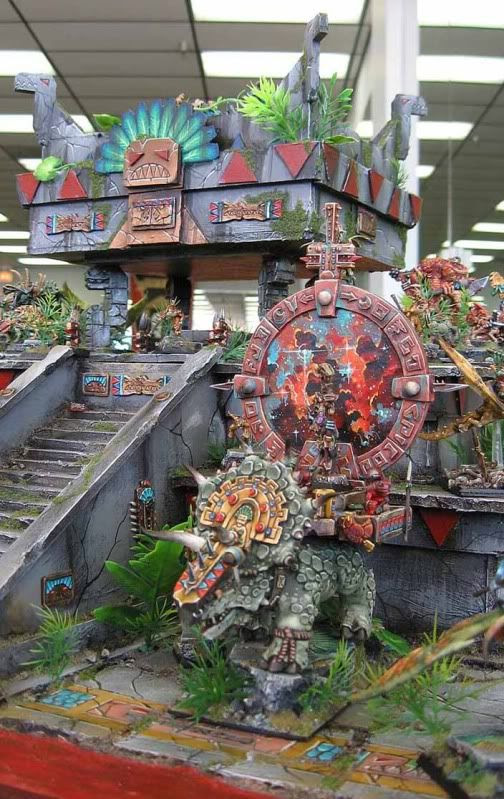 I will be posting a thread on the Scratch built Engines of the Gods in the coming week.