A bloody mess in the smokehouse 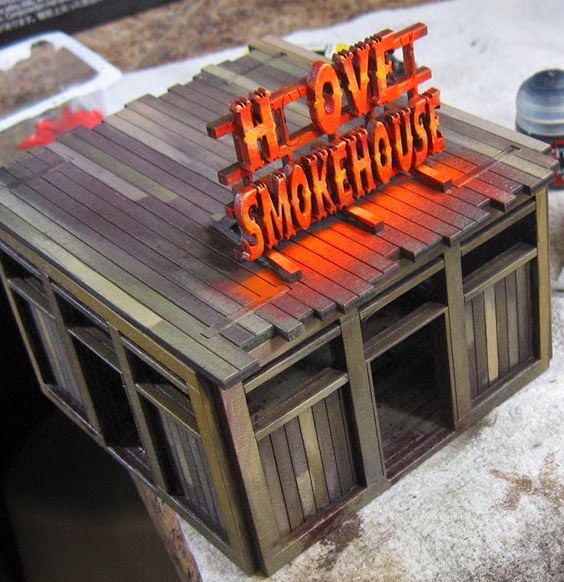 The final stages of the Smokehouse begin with more work on the glowing sign.  I try to use as 'warm' of a yellow as possible to mix in with the fluorescent orange, as opposed to the lemon yellow with more white in it.

This keeps the mix from becoming too pink. 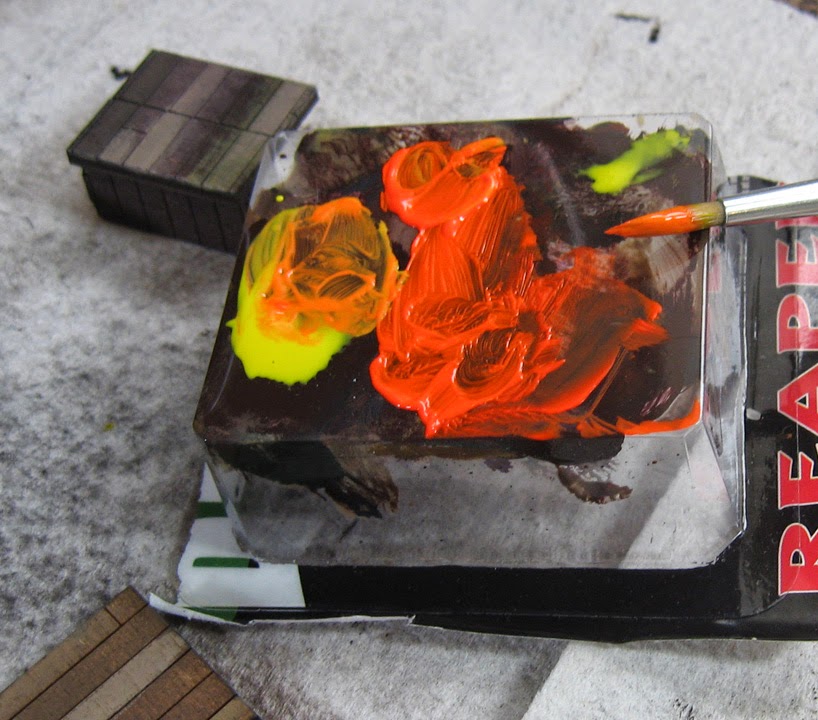 You can see what a difference that makes right away.  The fluorescent paint gives it that extra boost. 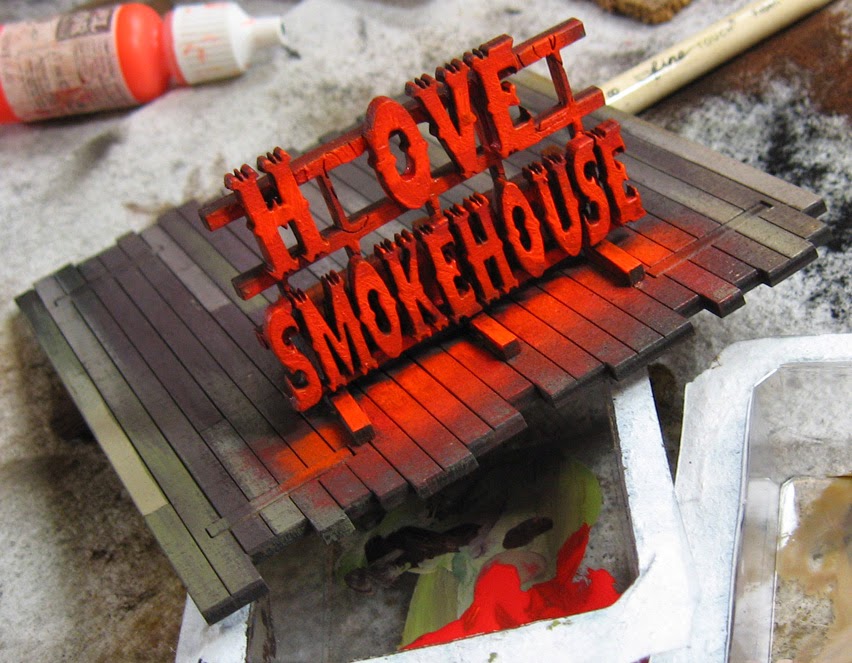 I focused on the center of the letters for the most intense glow. 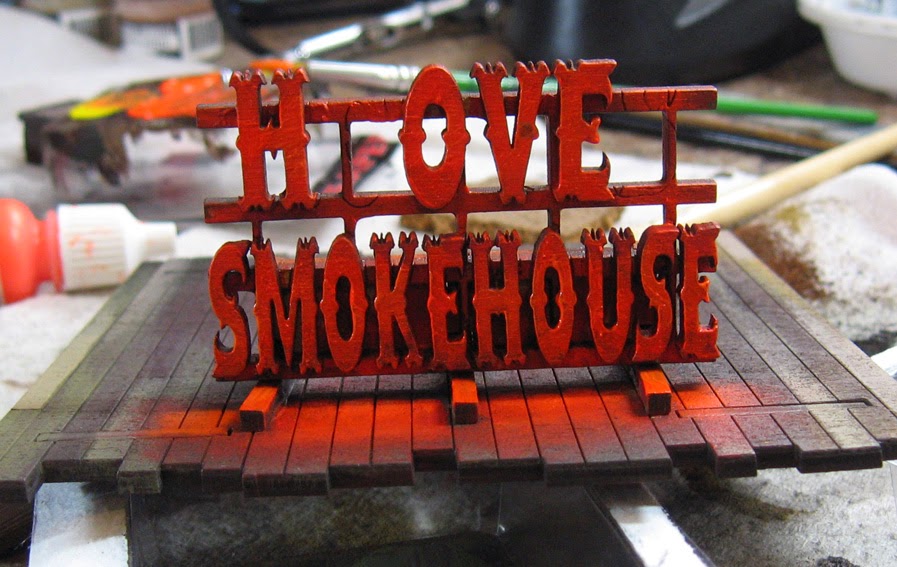 Now for the inside!  I thought it would be interesting if the smokehouse had been used as a field hospital a few times during all the fighting in Wappelville.

I grabbed a few Secret Weapon products... Realistic water from Secret Weapon, as well as some Drying Blood wash. 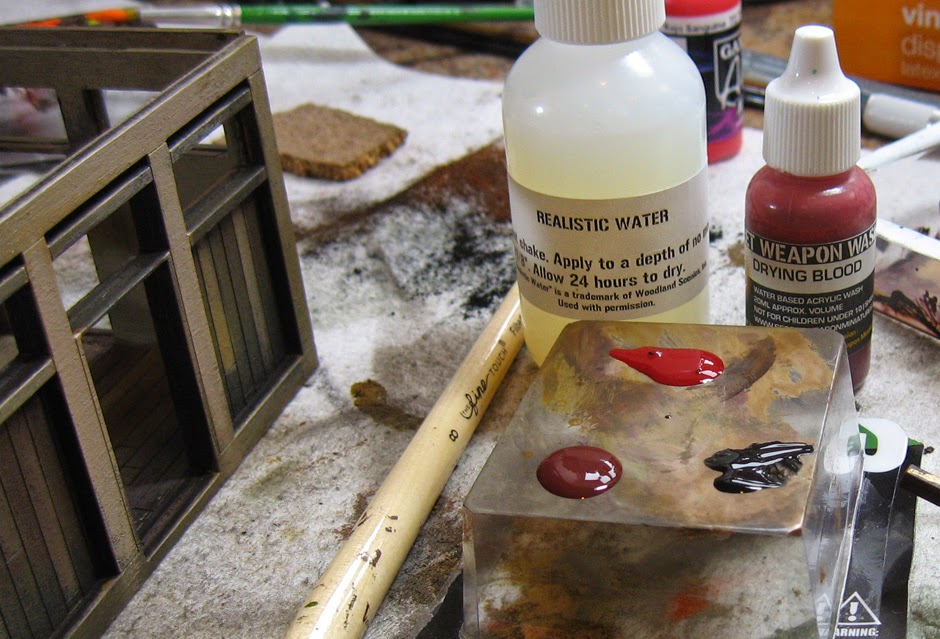 The idea is to mix the regular paints with the realistic water to give the blood colors a bit of transparency and some glossiness. The lighter colors are done first... and they are the most translucent.  This is why I am also mixing in the Drying Blood wash. Here's the initial placement, which I then smeared and stippled with my fingers. 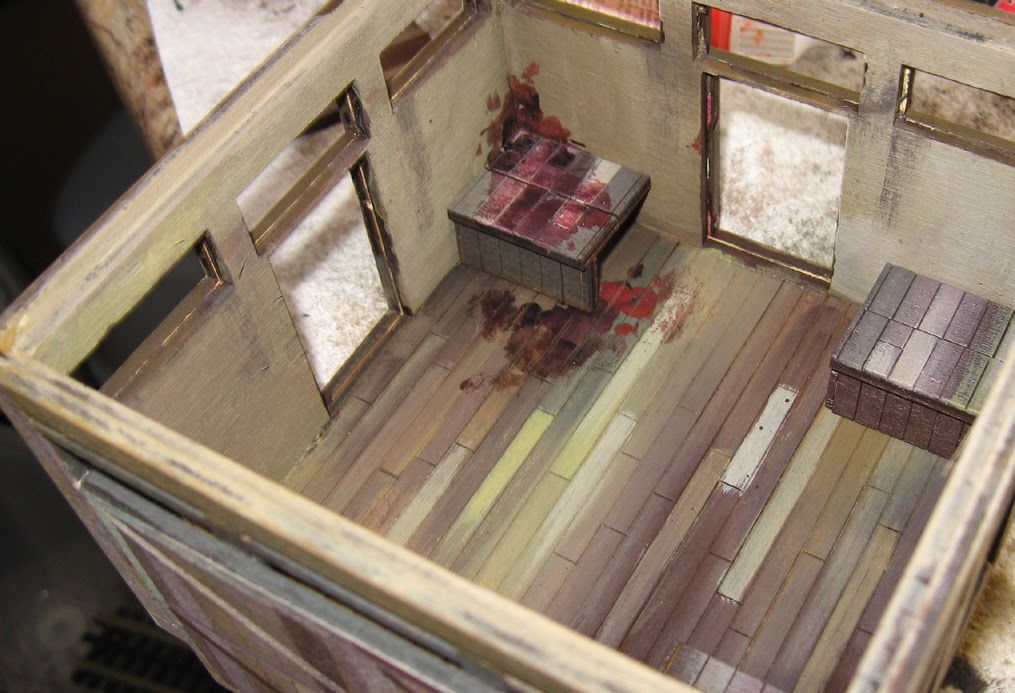 Smearing, stippling and even splattering are done to give the impression that a number of limbs have been removed!!! 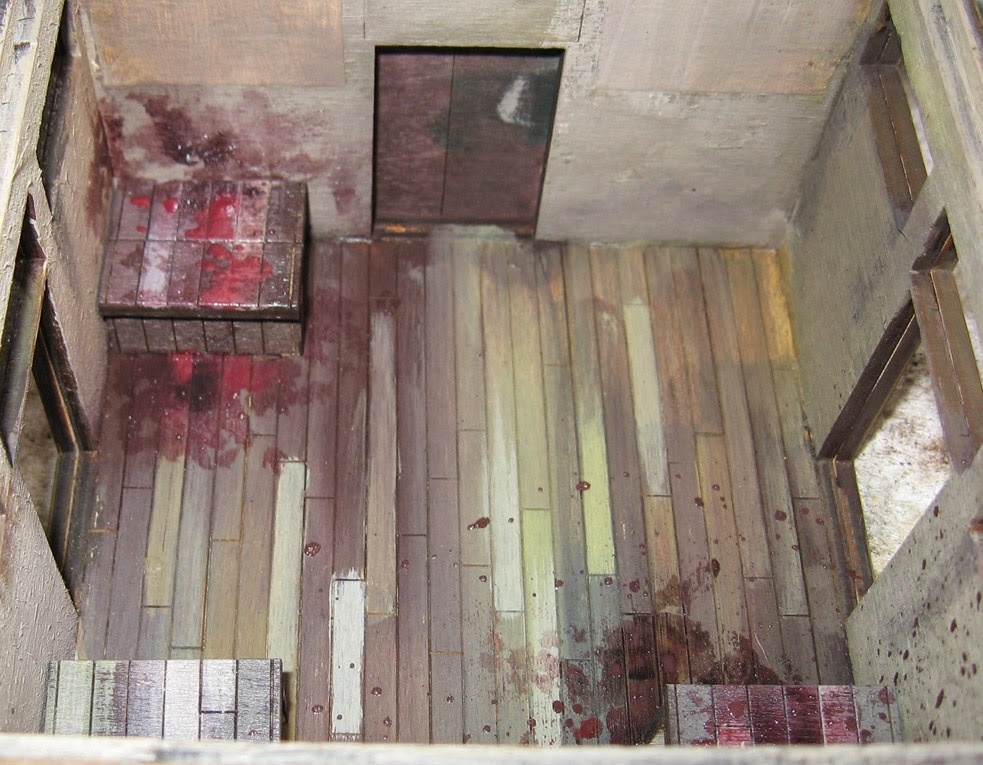 I even tried to make it look like there were some bloody footprints on the floor, as the doctors were very busy.

The step stools look a lot more like tables now. I also thought it would be fun to make some bloody hand prints on the doors!  The same technique of lighter to darker stains was used, while a brush streaked the stains down the panels while the paint was still wet. 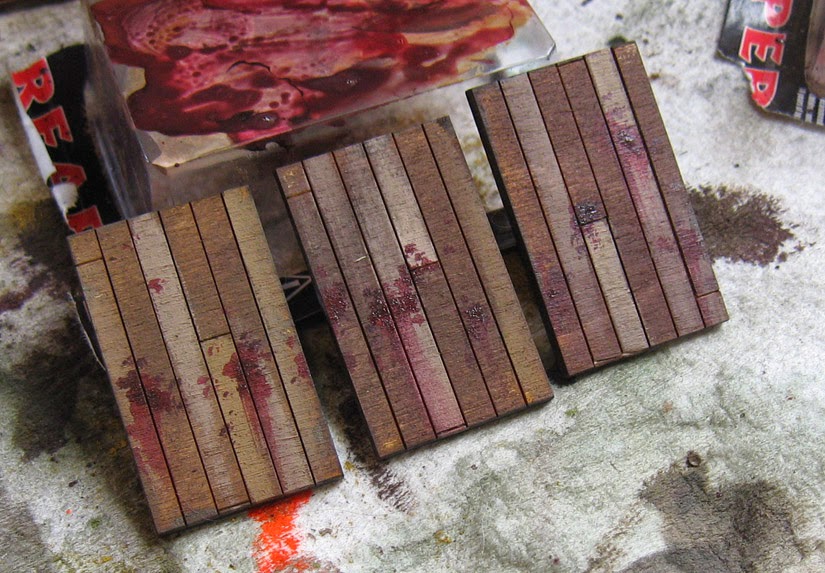 The letters get even brighter with each layer. 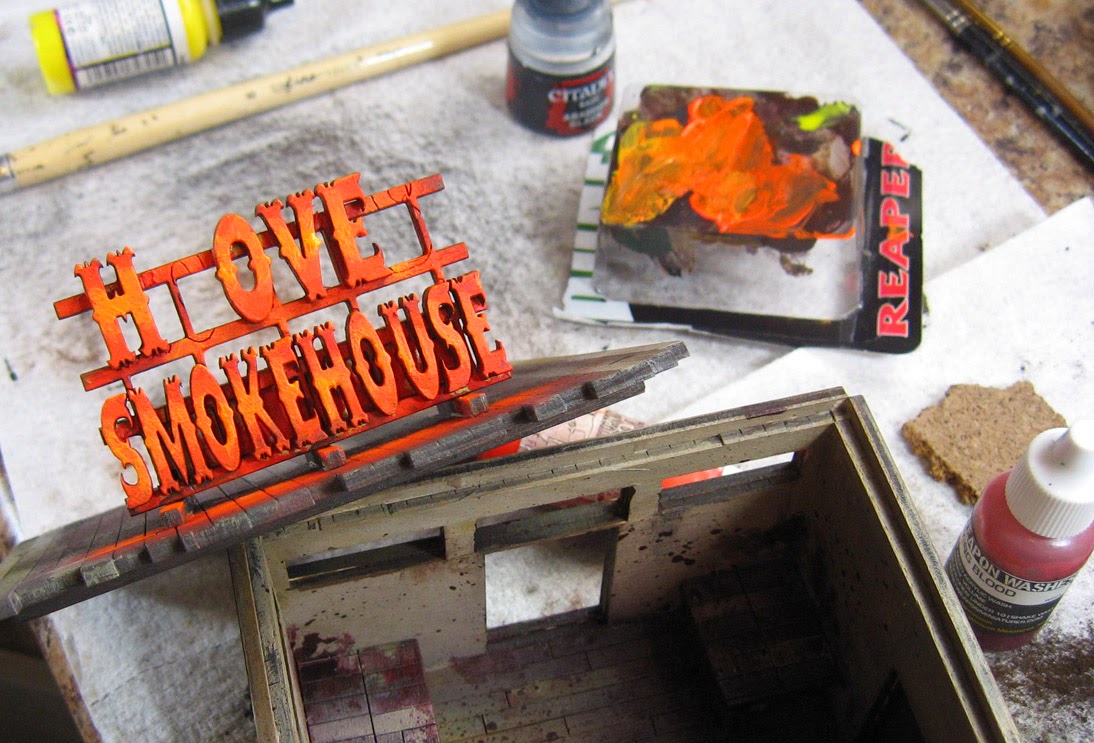 It's just about finished!  A few more tidbits will be added, such as signs, posters, and so on, to complete the effect! 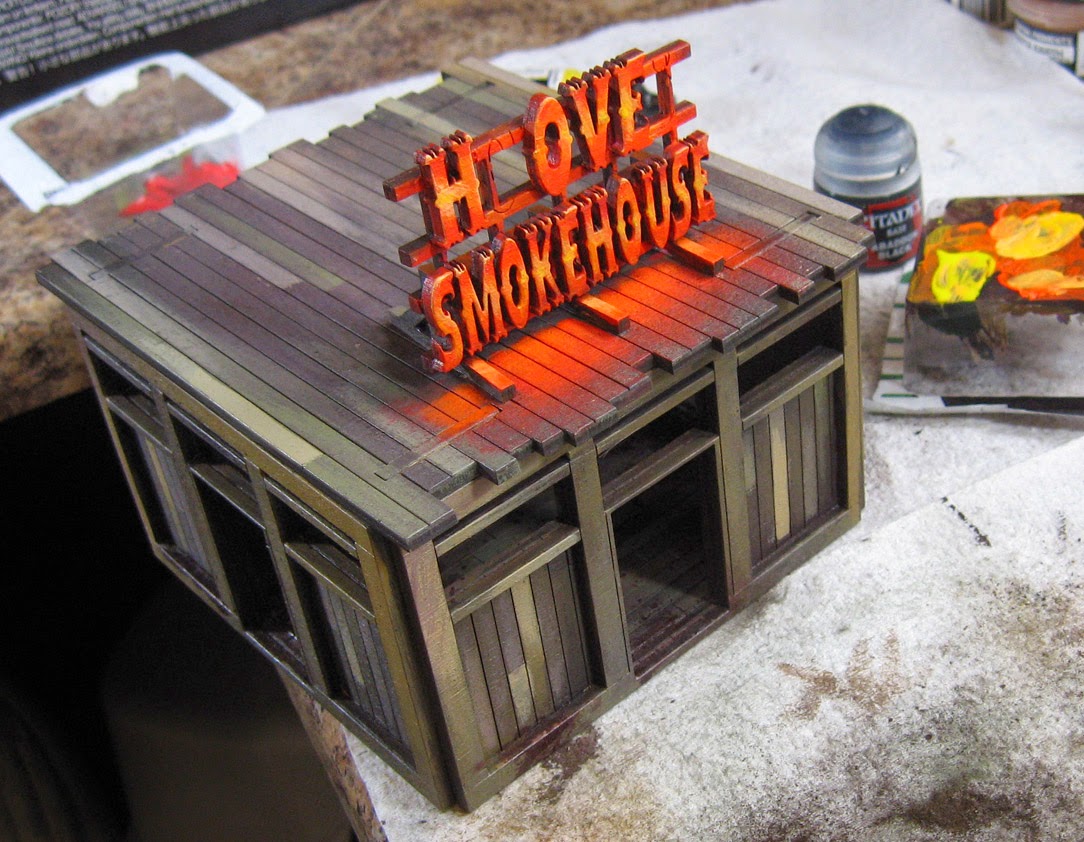