After my initial post about the "Golden Age of Dioramas" (circa 2004-2005), I have been searching for colletcions of photos.  There are several dioramas which are well documented, much like the Khalida diorama.

For some reason, I have not been able to find some pictures of my favorite works.  This is a bit of a bummer, but at least these smaller images give you an idea of what they were like.

This was done back in 2004, using a Rackham miniature as a centerpiece.  My favorite bit was painting the tiny mural behind her!  It was actually recessed inward, as a half dome extended down to the floor.

It created the same sort of optical illusions found in places like the Sistine Chapel, since those angles would make certain parts of the painted lady seem out of proportion. 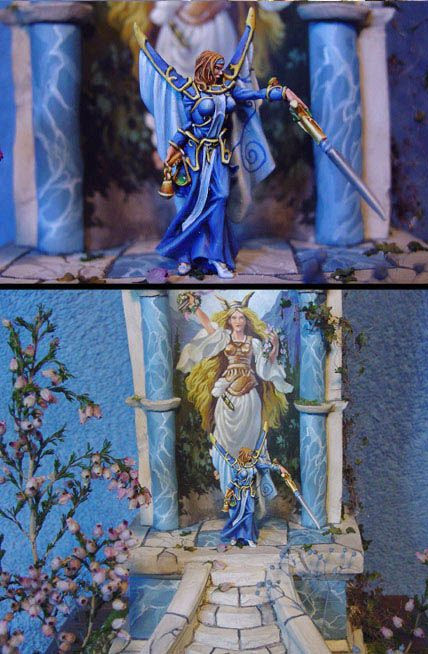 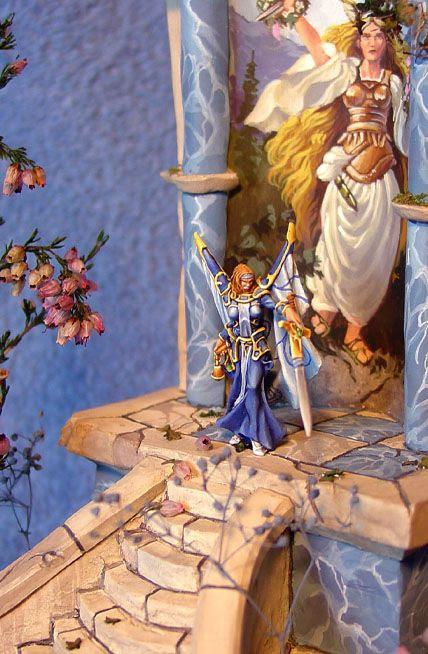 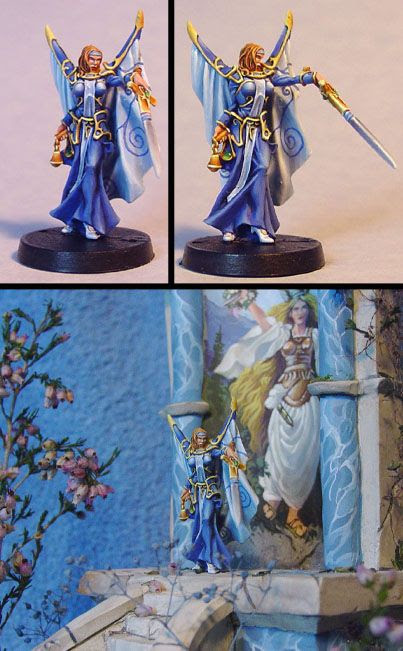 Posted by wappellious at 7:49 PM No comments:

Here's a new Grey Knight inquisitor just off the line!

It is so different painting the plastic terminators after spending nine years painting the old metal ones! :-)  It was nice to be able to move the arms into new positions more easily, and to have all the carved lettering be nice and crisp.

I also enjoyed doing one of those flying servo skulls.  The old metal ones were just not quite suitable for such things.  The base is the usual cork and sculpey marble piece. 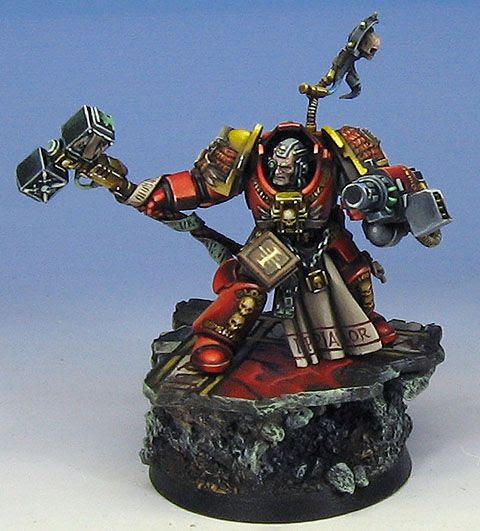 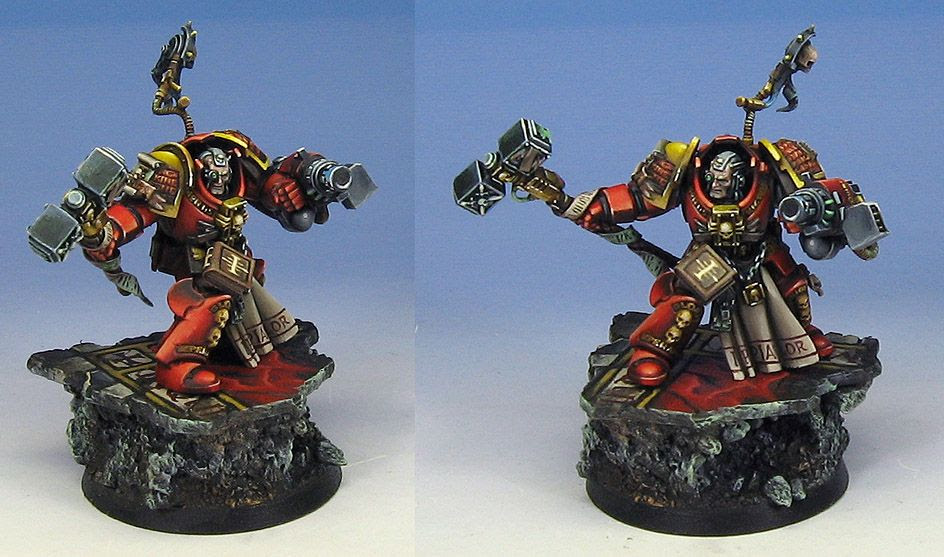 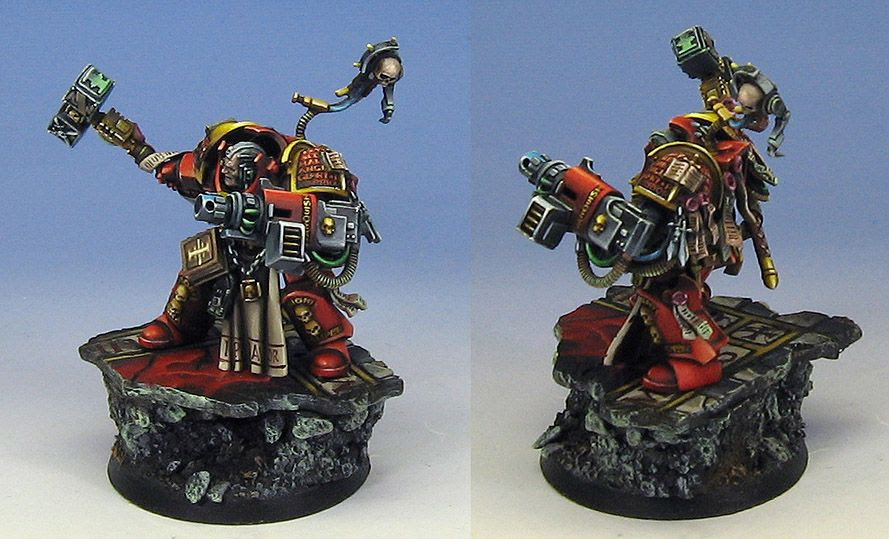 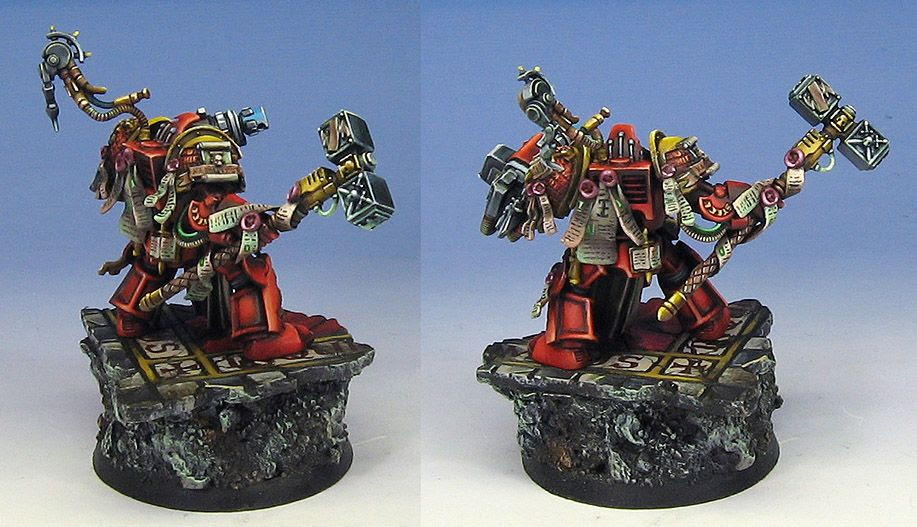 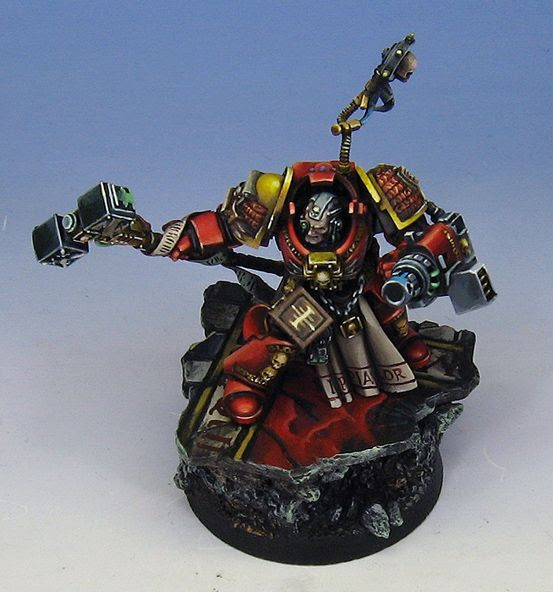 Posted by wappellious at 2:02 PM 2 comments:

This morning we finish off the last of the Reaper Archive.  More fun girls.  I did have a lot of fun with the bamboo shoots on Ronin! 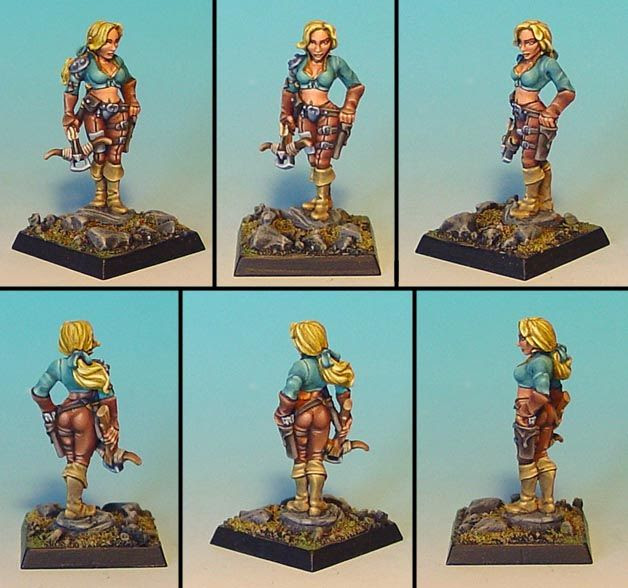 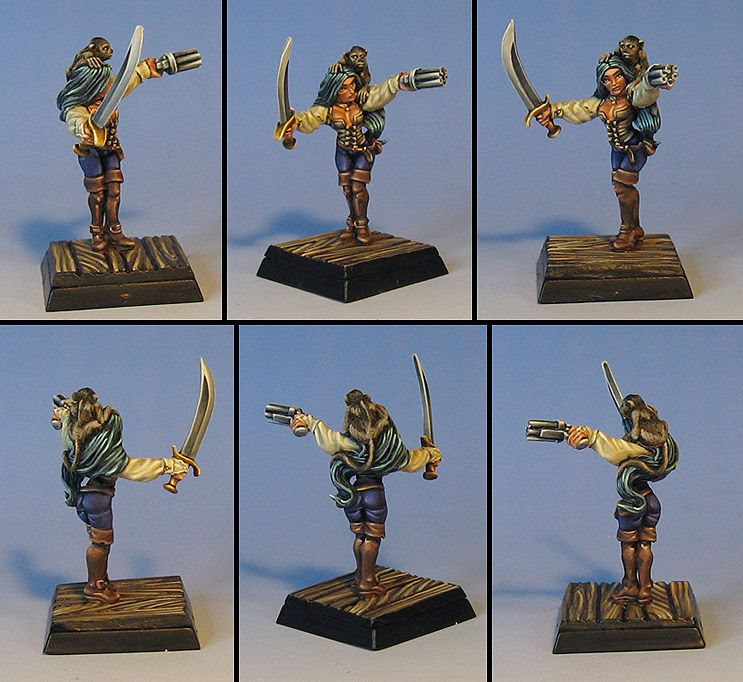 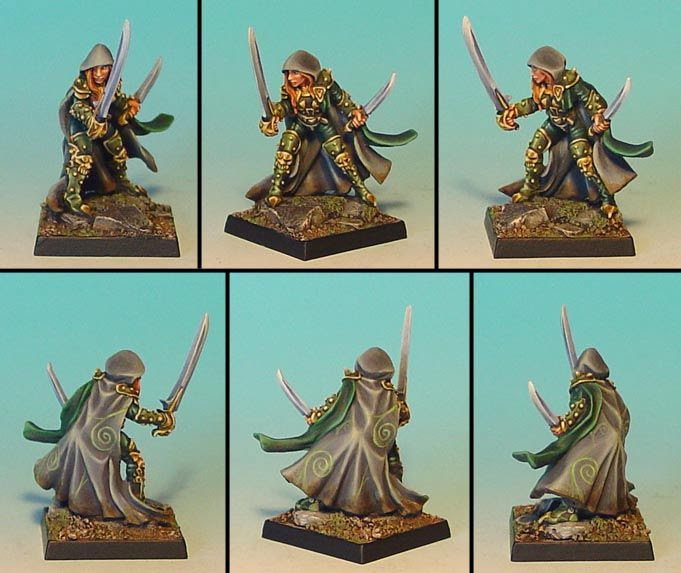 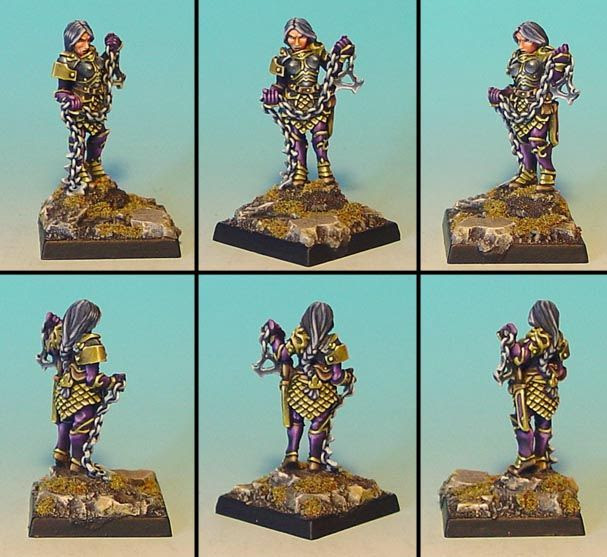 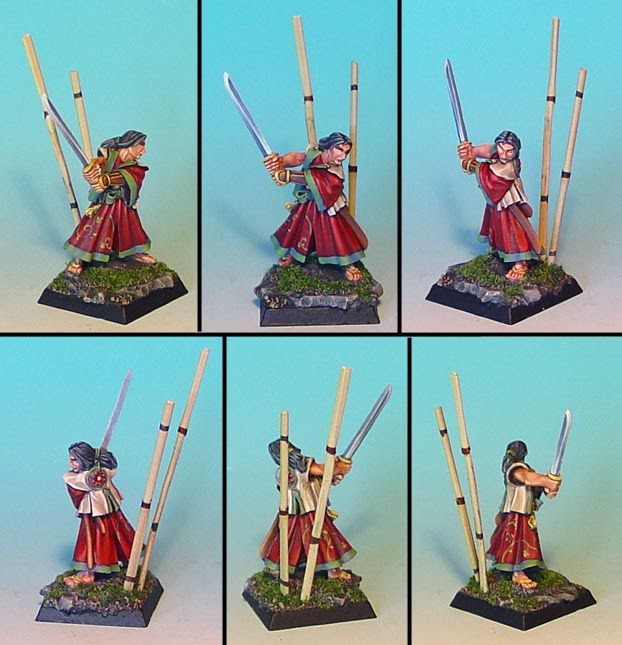 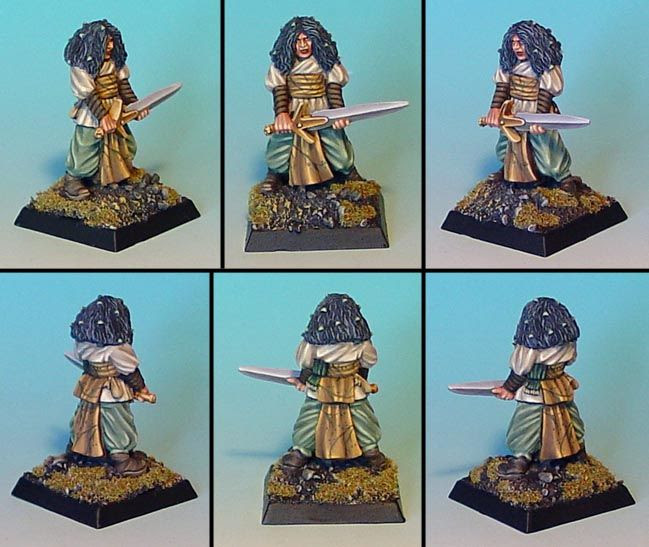 Now this really qualifies as a 'classic' mini :-) I am sure it would be very difficult to find one of these today! 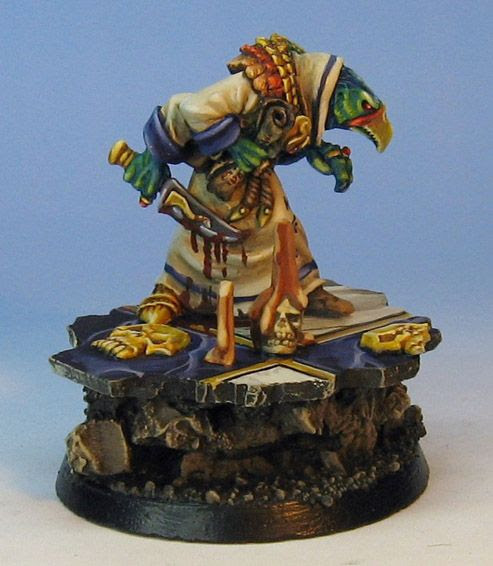 Posted by wappellious at 1:37 AM 4 comments: