The forest for the trees, part one 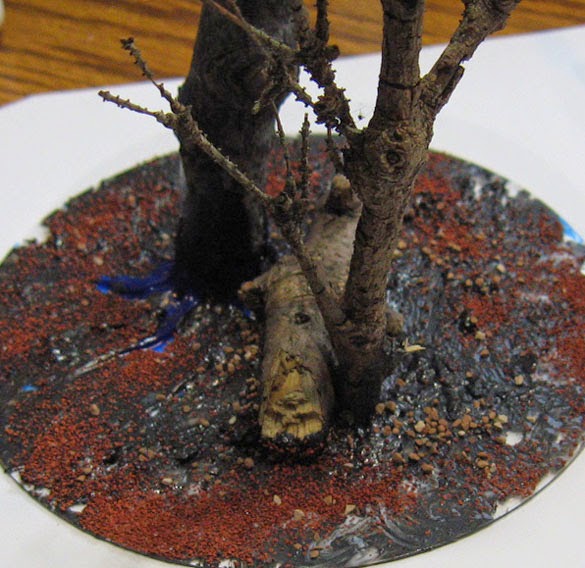 After using the much smaller trees that I created for Warhammer and such with our Wild West Exodus games, it had become clear that I would need something entirely different.

To this point, most of the terrain had been either buildings or mesas, so that was not a big issue.  We used the trees more as decoration or atmosphere than cover.

However, there are a number of scenarios that we want to do in the future that will require a more 'rustic' setting, and that means trees!

After a week of very high winds, there were plenty of nice big branches sitting there on the sidewalk for collecting!  After I had a nice bundle in my collection, I set down to work.

The branches were cut and glued to some plastic dvd protector disks, and then a little Vallejo Water effects gel was applied to create some tree roots.  I used blue, so that I could actually see where I was putting it! 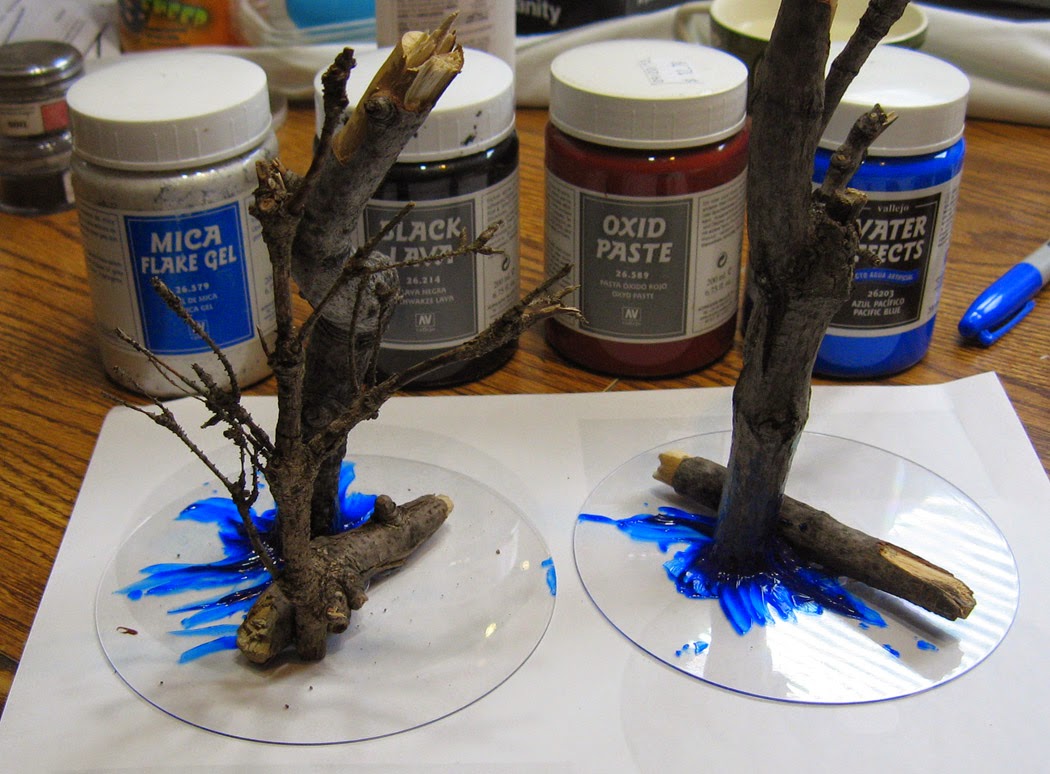 Next, the Mica flakes and Lava paste were mixed together to create a heavy texture,  mix of dried mud and leaves.  This would also serve to strengthen the attachment of the branch to the plastic disk. 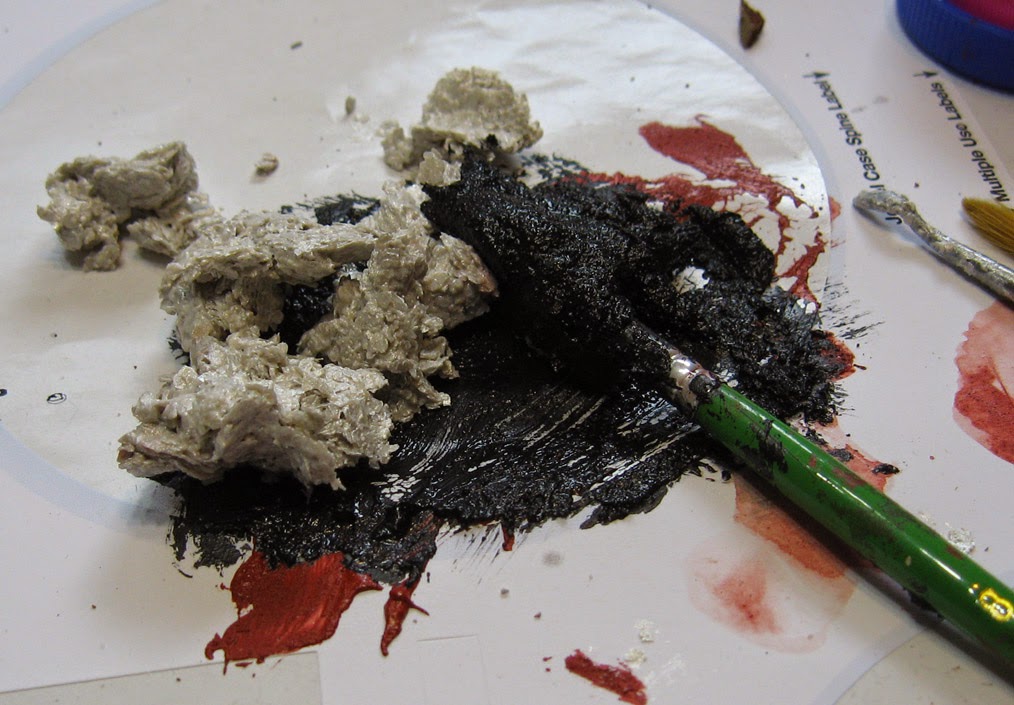 A little Elmer's glue was also added to this, so that any gravel or ballast would stick more efficiently. 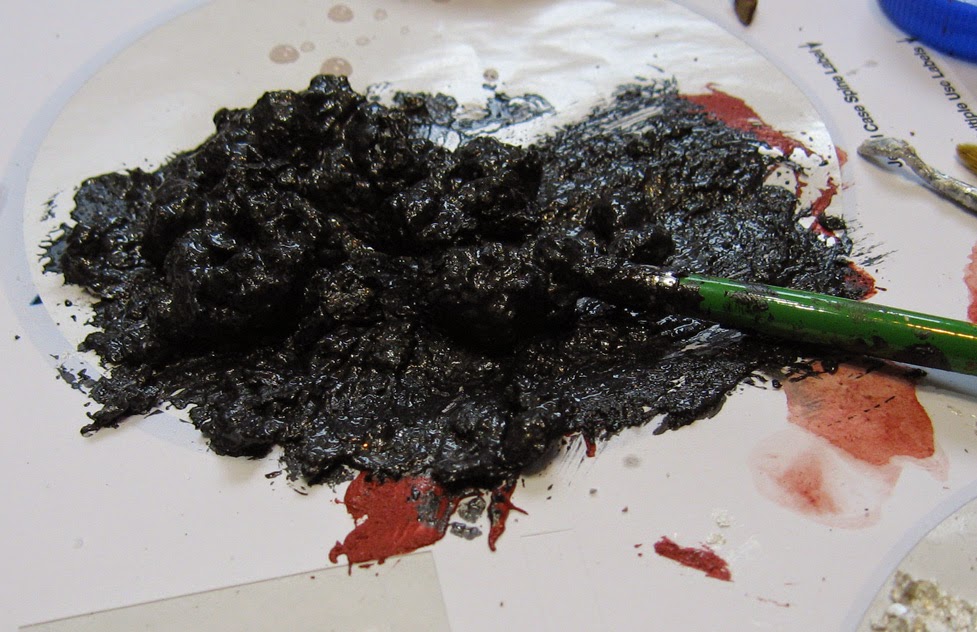 You can see how this material was built up in places, especially where there were big gaps around the fallen log, etc.  The whole idea behind this is to give 20-32mm figures something they can hide behind, so these branches are almost an inch thick in places.

I added some thick cork here to cover the hole in the center of the disk. 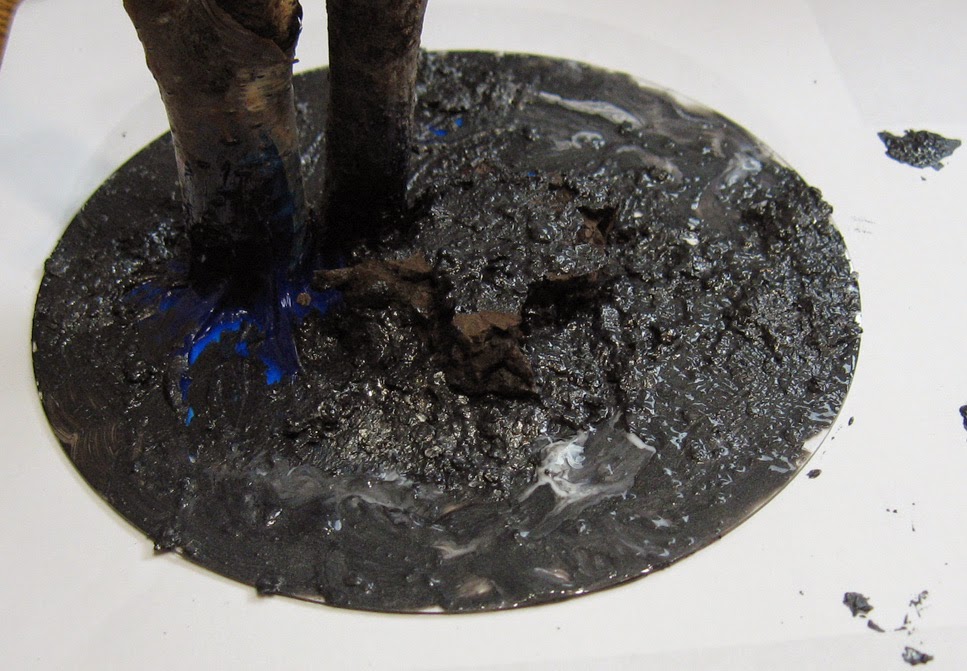 As usual, the three types of ballast. 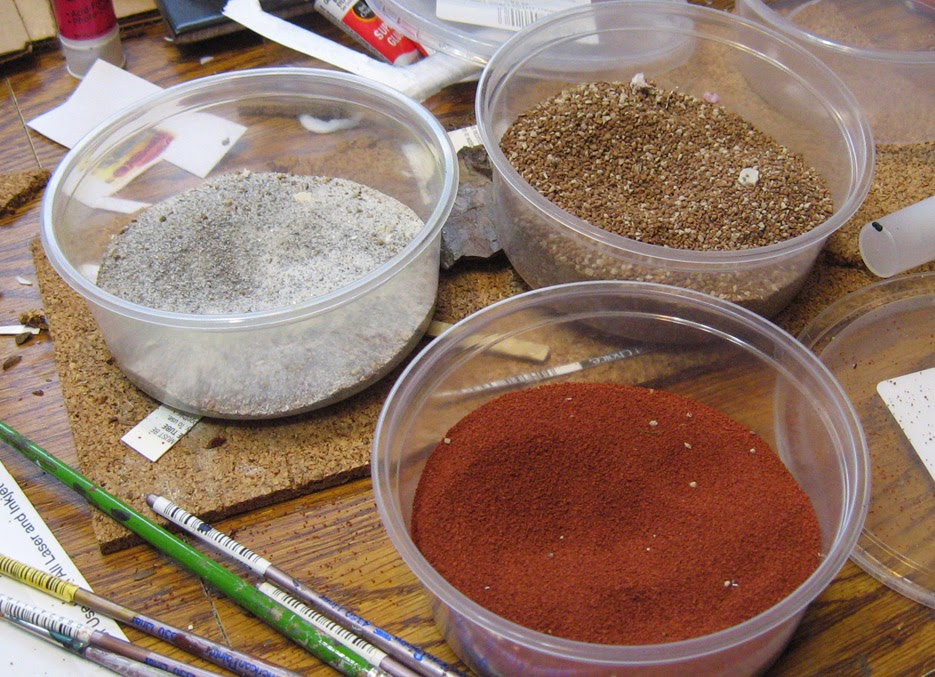 Ballast added.  Not too much though, as I want these to be as flat as possible.  I am trying to avoid the effect created by the GW tree stands, where half of your figures would tend to fall over. 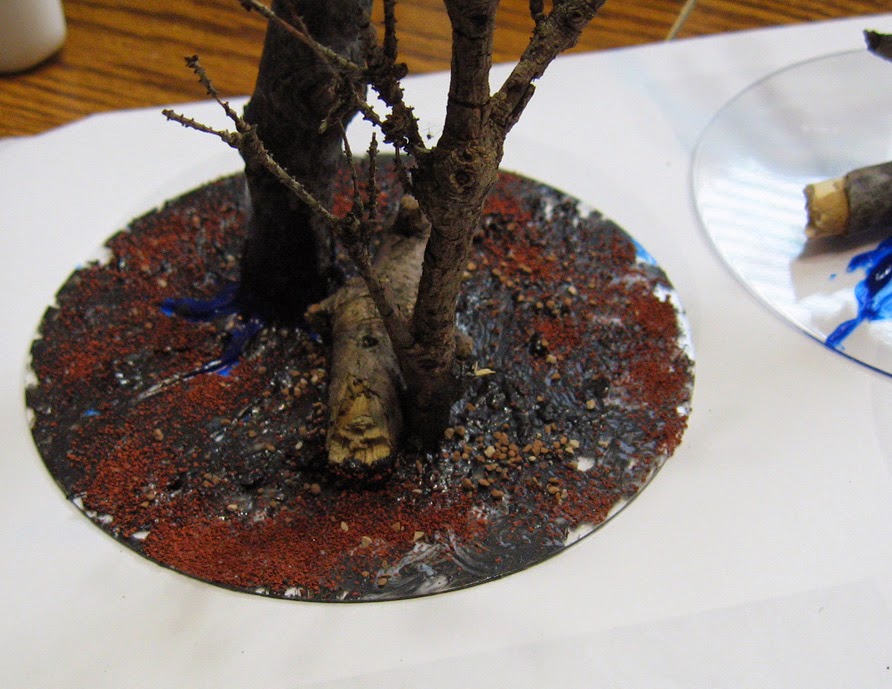 Looking good!  I was not sure how many smaller tree branches (like the ones I typically use on my bases) that I wanted to add.  For the moment, I only added one or two smaller branches.

Stay tuned for the finale of The Forest For the Trees!! 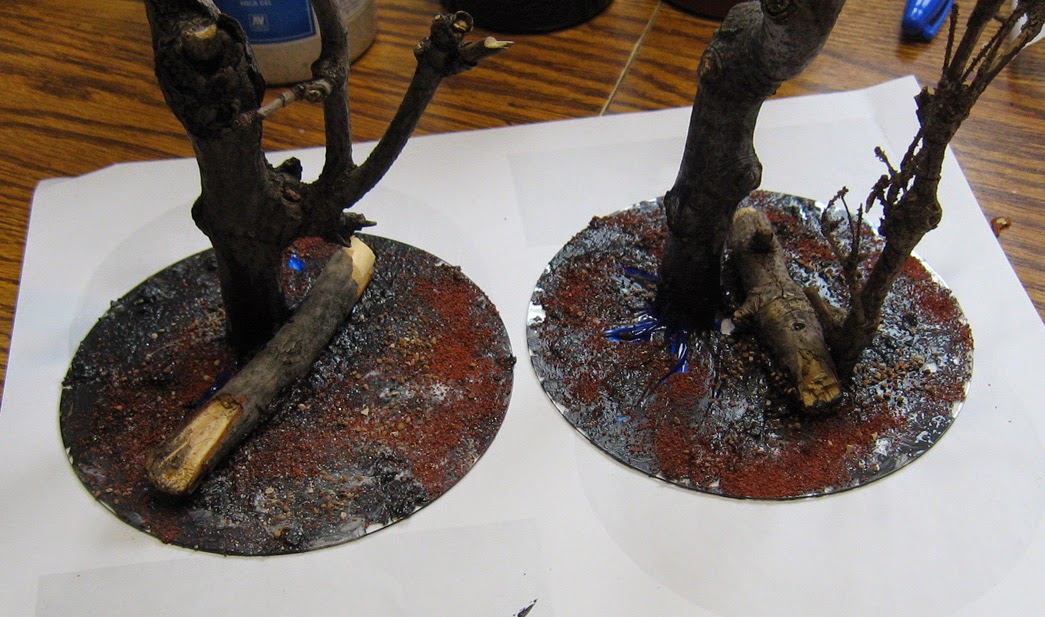