Right to the favorites 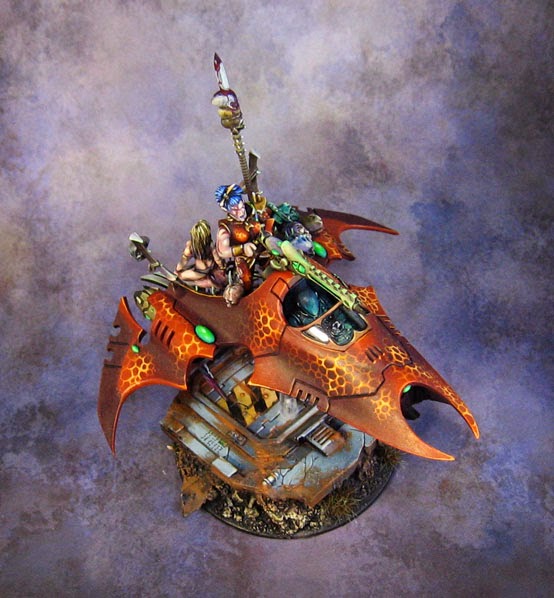 For the last of the three Venoms, I decided to snap some images directly with my favorite backdrop!

The base was made with my own "trophy"... it was an unused interior door of the dreaded Forgeworld Storm Eagle kit.  That was the piece that made the hull section explode in my hands as I tried to glue it together.

As with all parts of that kit, nothing fit together.  Attempting to use the interior piece to stabilize it all.. wrapped in rubber bands, covered in glue and green stuff... BOOM!  All over the floor.

Anyway, the alterior purpose for these kinds of bases.  They were much heavier than the Venom on top of them, thus making them far less top heavy.  Not to worry about these guys tipping over!!!

Next up, I will use the giant backdrops to photograph all three of them together, which has never been done!  Yea!

Posted by wappellious at 10:33 PM No comments:

Working in the 'Media' 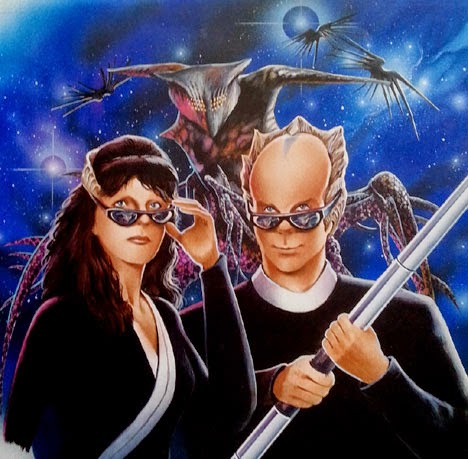 When I was still in art school, a buddy of mine and I got a tiny dealer's table at a convention in the Congress Hotel in downtown Chicago.  At the time, it was a bit of a run down old Michigan Avenue hotel, in a seeder part of downtown.

We split one tiny table.  And thus, that's how my adult life of selling artwork began.  At a really really small Star Trek Convention! 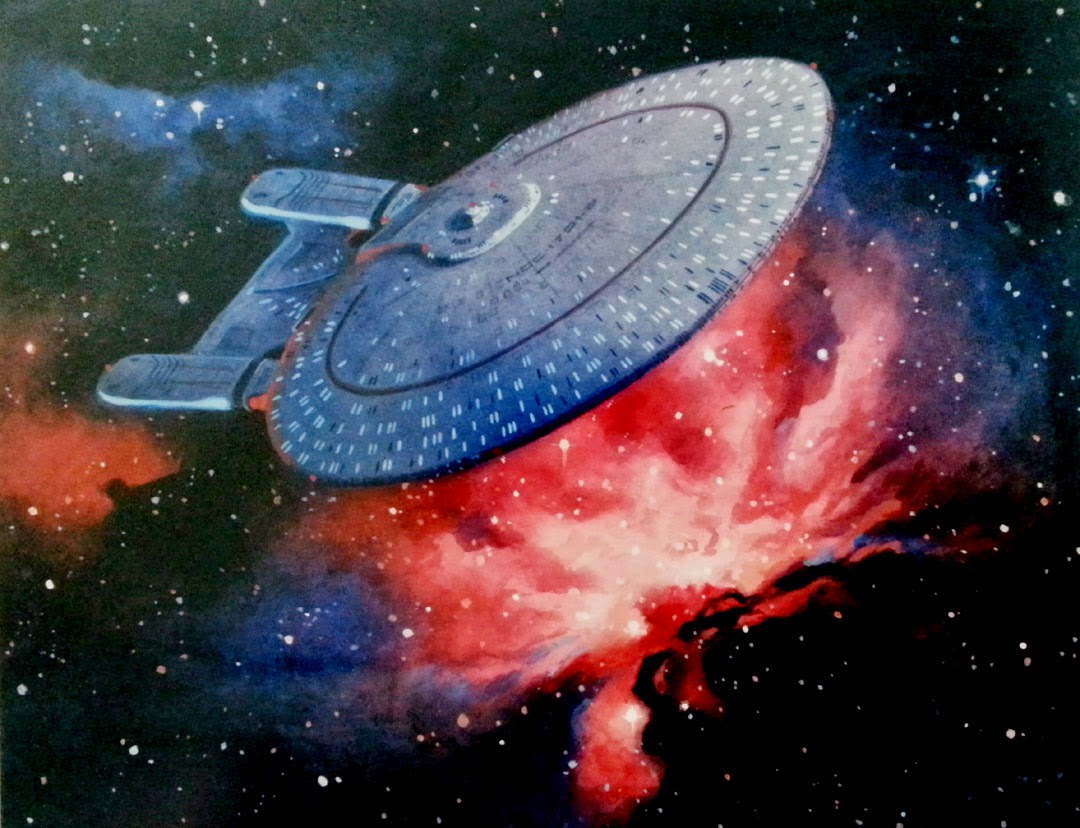 I had a knack for not only painting portraits... but likenesses as well.  As it turns out, only a few people can achieve them, even though many artists paint very nice portraits.

So, for quite a number of years, I would paint images such as this Babylon Five character. 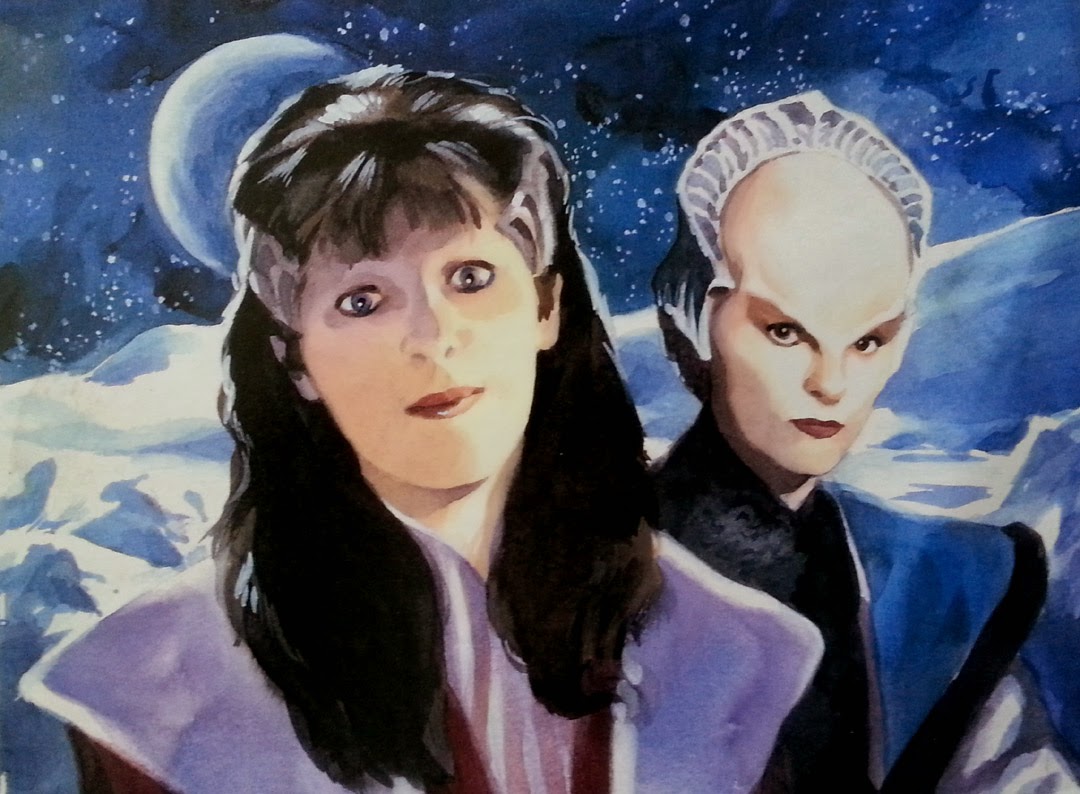 These are all watercolors.  The idea was to put them in a "movie poster" format, as we were taught in our illustration classes. 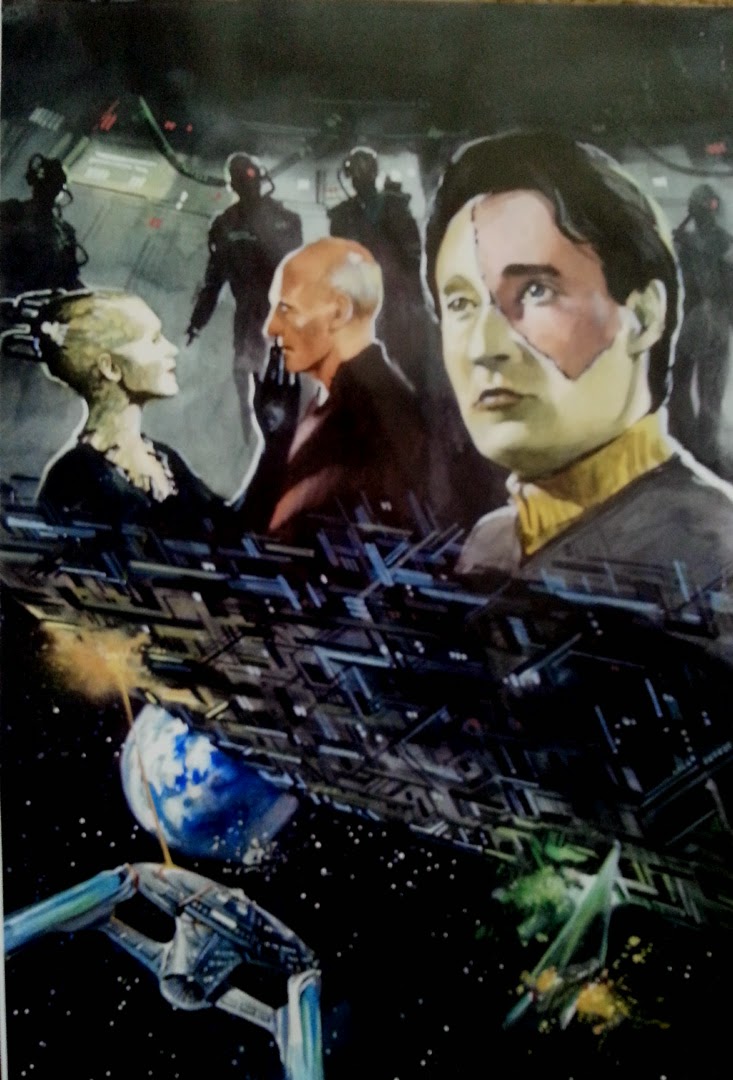 Eventually I tried to get more and more humor in the images... like this Trouble With Tribbles painting.  Eventually I would have to give up on them in favor of the Wildlife, Astronomy and Celtic Mythology series, since I saw lots of other "media painters" getting cease and desist orders. 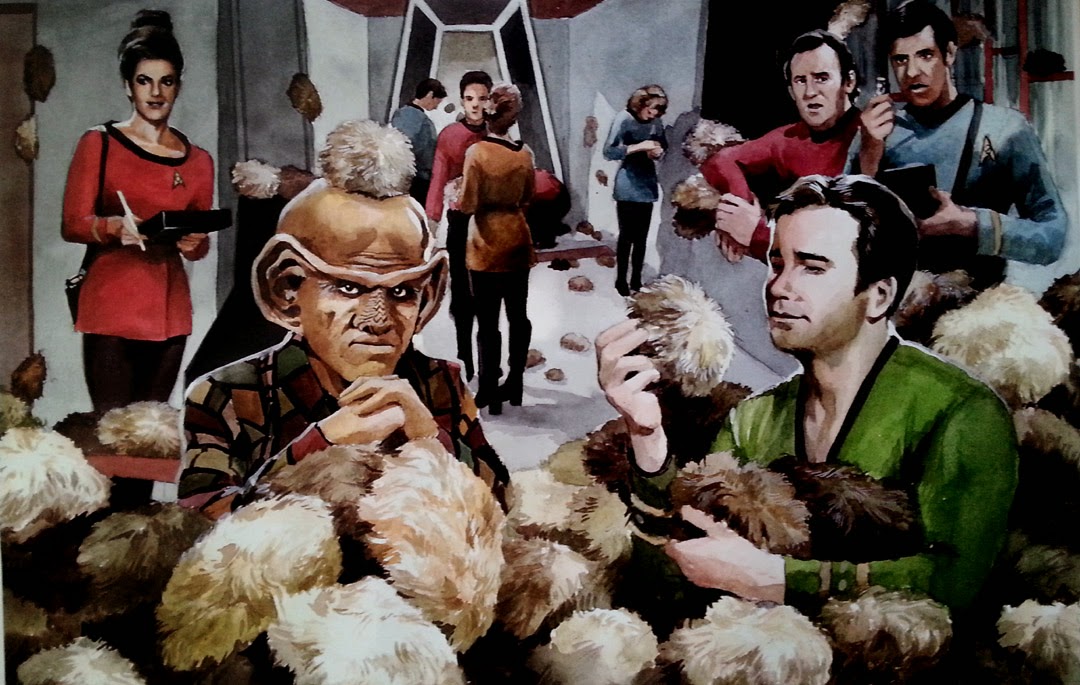 That was a bummer, but I suppose it was all for the best.  I knew that the other genres of painting had far more longevity to them.  Media paintings had a tendency to run hot and cold, depending on what show was popular at the time.

Also, with more and more shows coming out, the fans became more fractured in their interests, making it almost impossible to judge where to go and what to take to a show.

However, I do have half a dozen pieces of artwork that have signatures of the Actors/Actresses who played the characters!!! 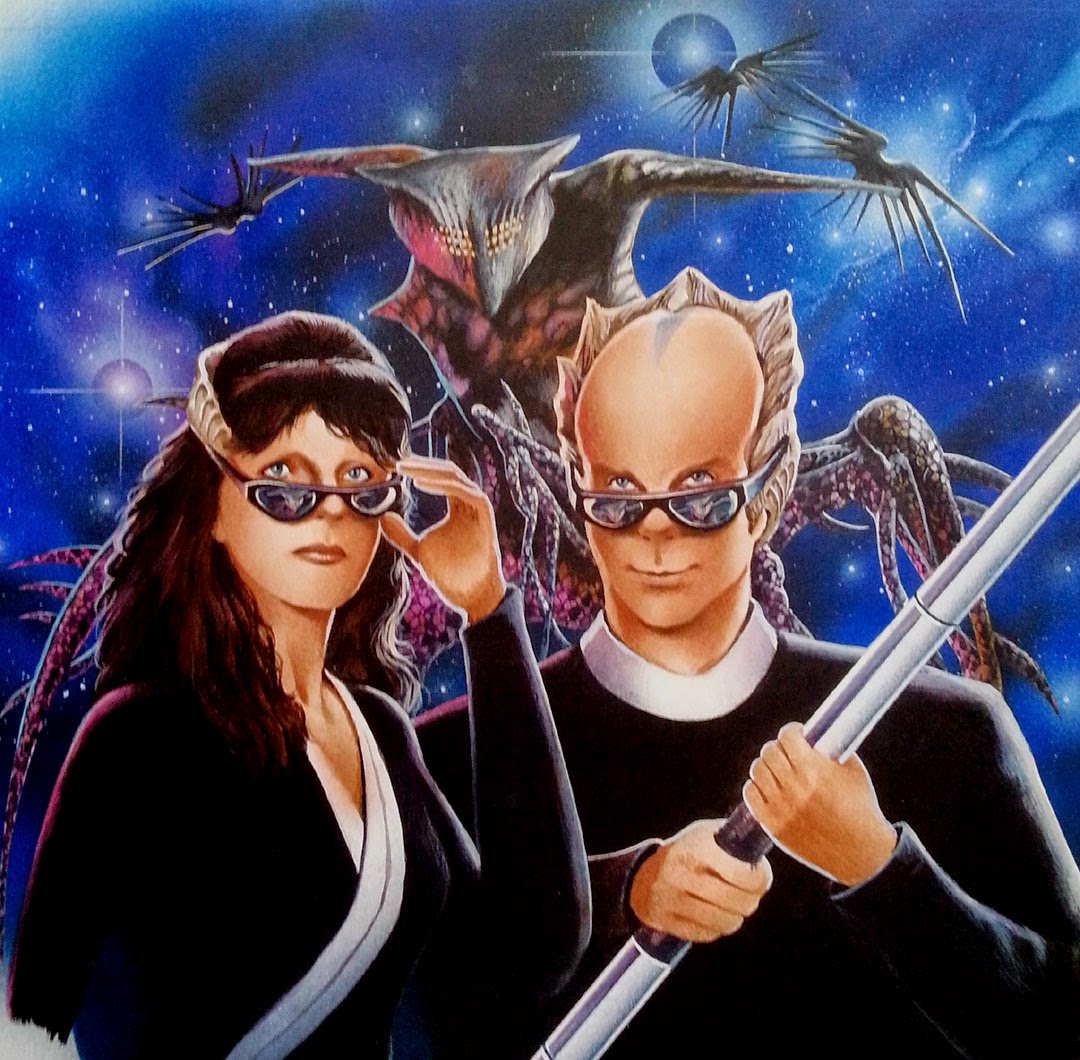 Posted by wappellious at 9:26 AM No comments: