Here are just a few of the blood bowl stadiums which I have built over the years.  The orc field was made in 2004, almost entirely out of pink foam.  The scoreboard had moving counters on it.

The Glacier Dome was made in the 1990's... probably '96 or '97.  I had no idea what I was doing back then!  I have painted several Ice Bergs teams since then (usually chaos dwarf).  I am painting the newest incarnation now.  I am trying to match the colors of the original 1990's team as closely as possible, which is very fun.  The penguins were made from sculpey, and most of the board of foam core.  It is hard to believe that it has survived all these years. 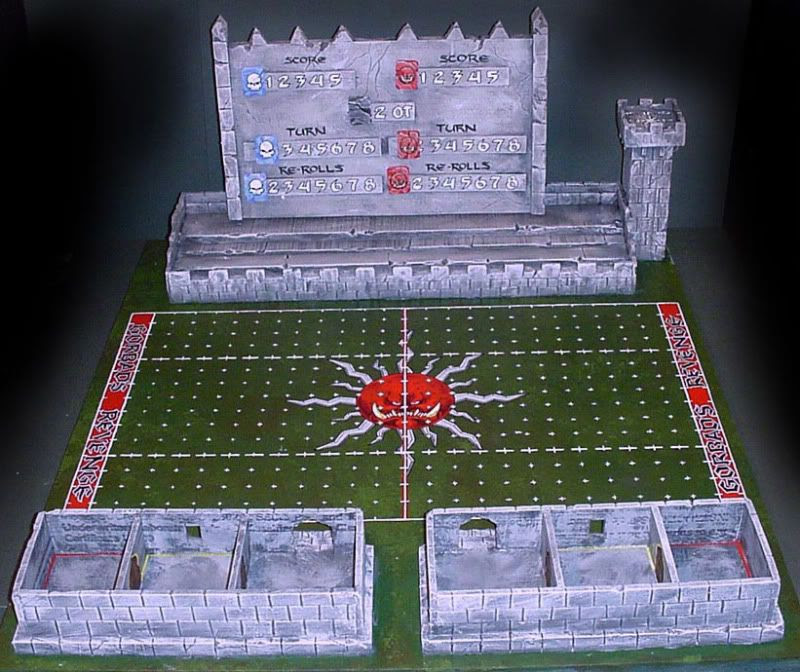 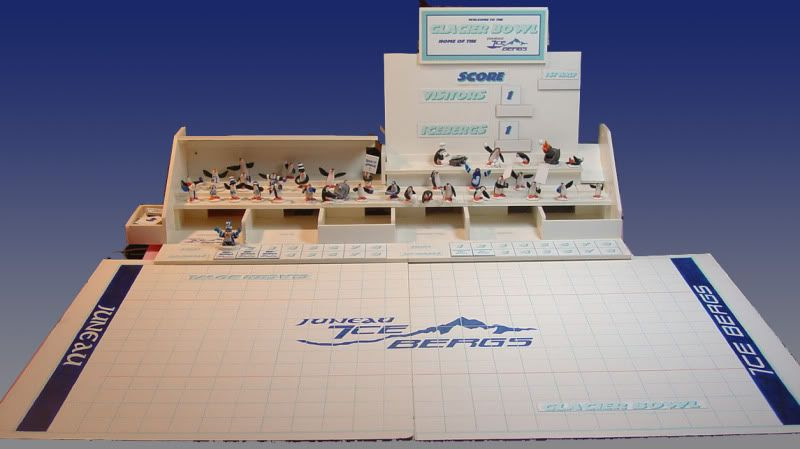 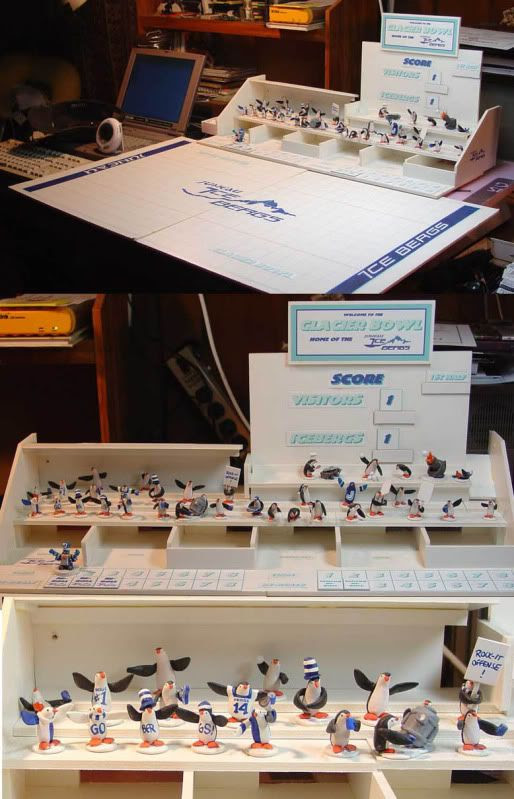 This is one of a few action shots I took between a Dwarf team and a norse team converted from Celtos minis with some Crocodile Games Wendigoes as Ulfwerners and Snow Trolls. 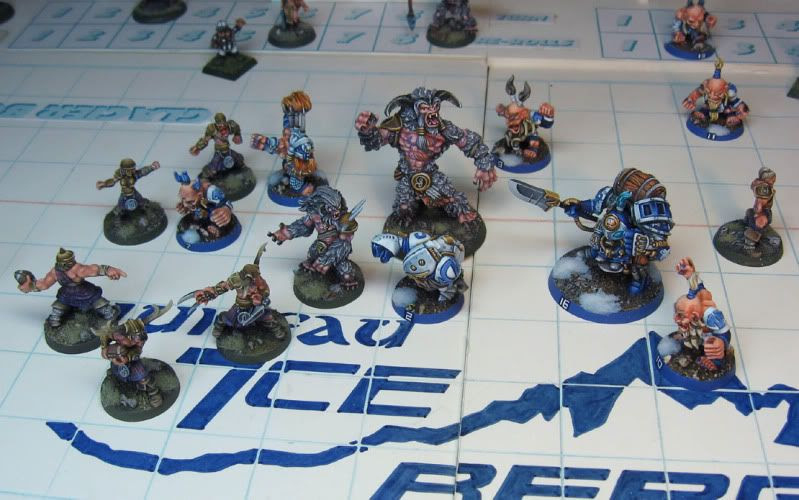 A shot of that dwarf team made from Confrontation minis: 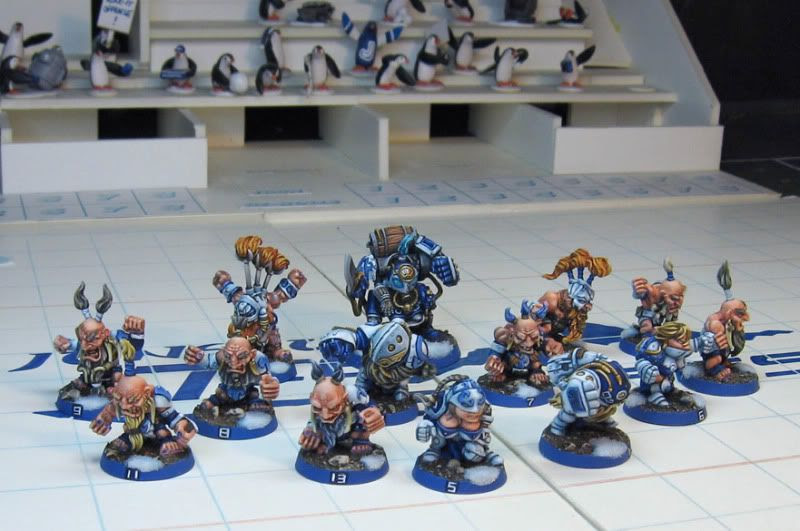 A gallery of Confrontation minis

As I pour through several old galleries, I came across the Confrontation archive.  They were a very innovative mini company, with a whole new approach to sculpting and painitng.  Their catalogue alone was seomthing to behold!  We still have one of them after all these years.

Here is the first batch: 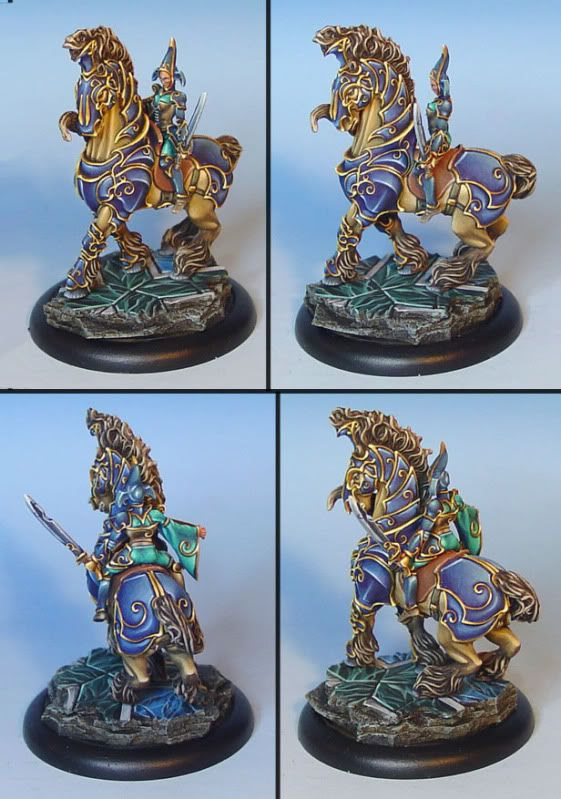 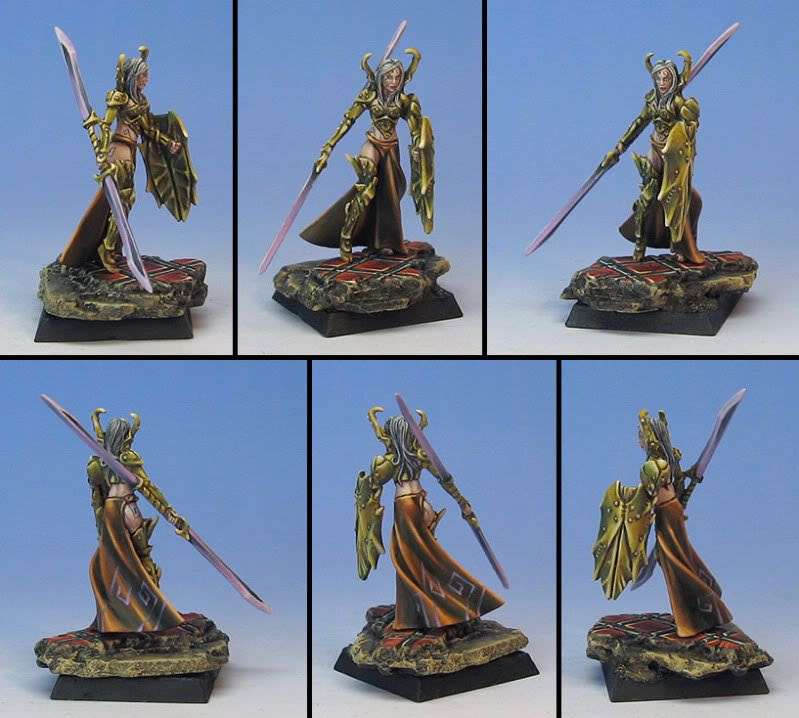 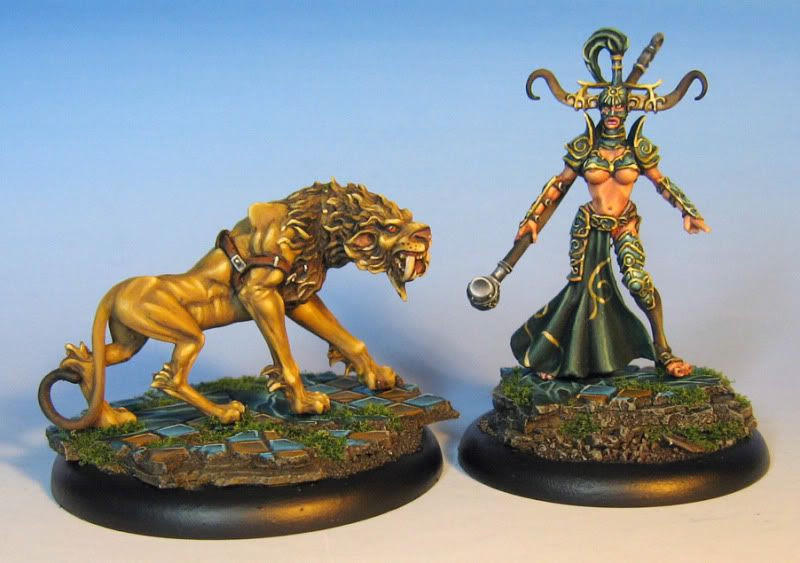 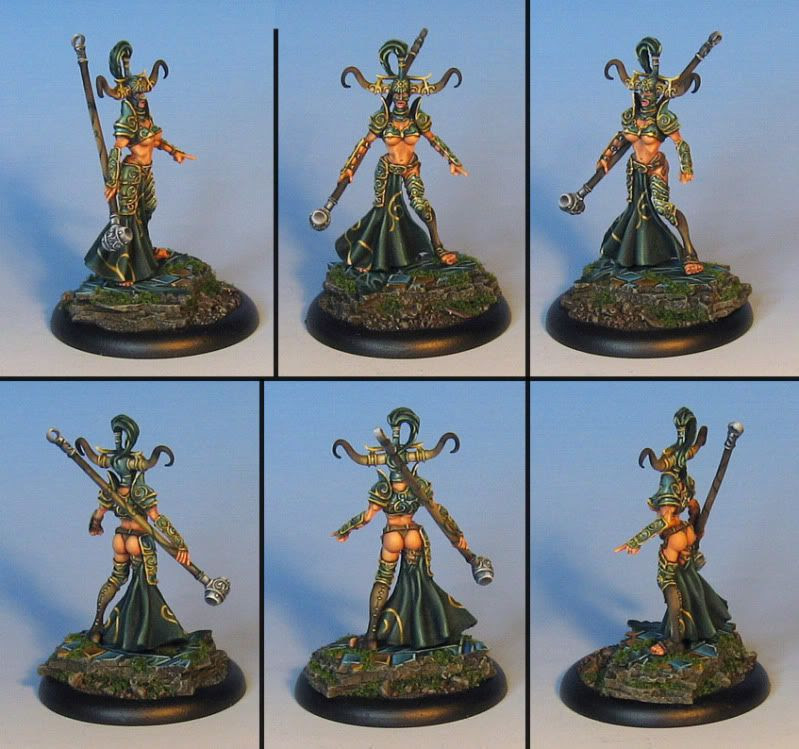 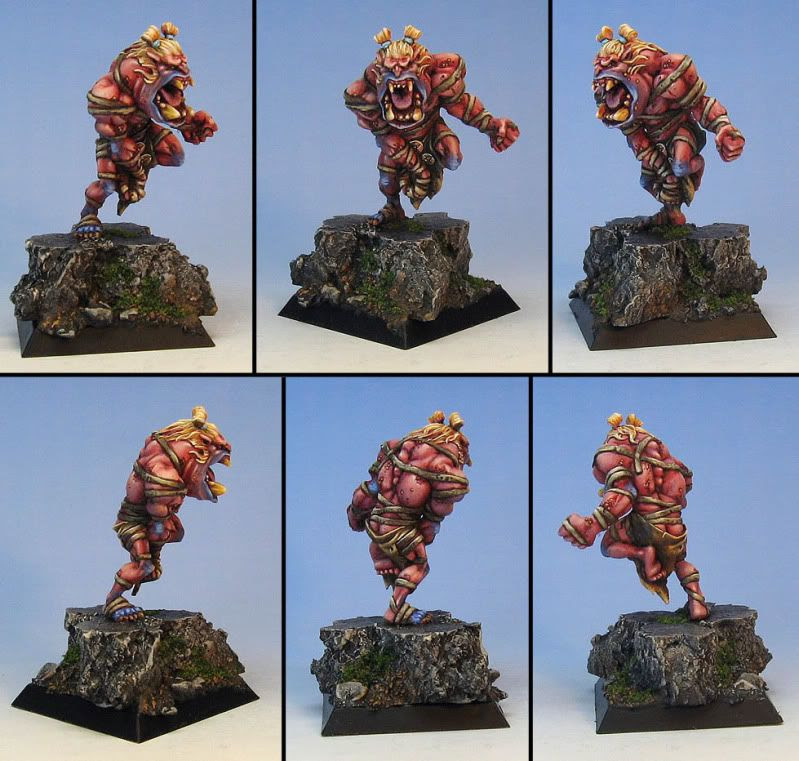 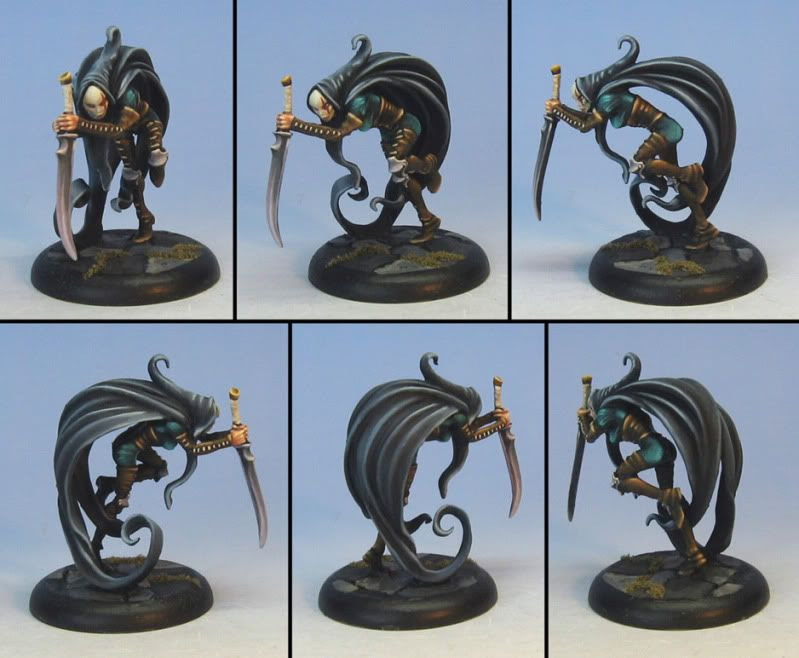 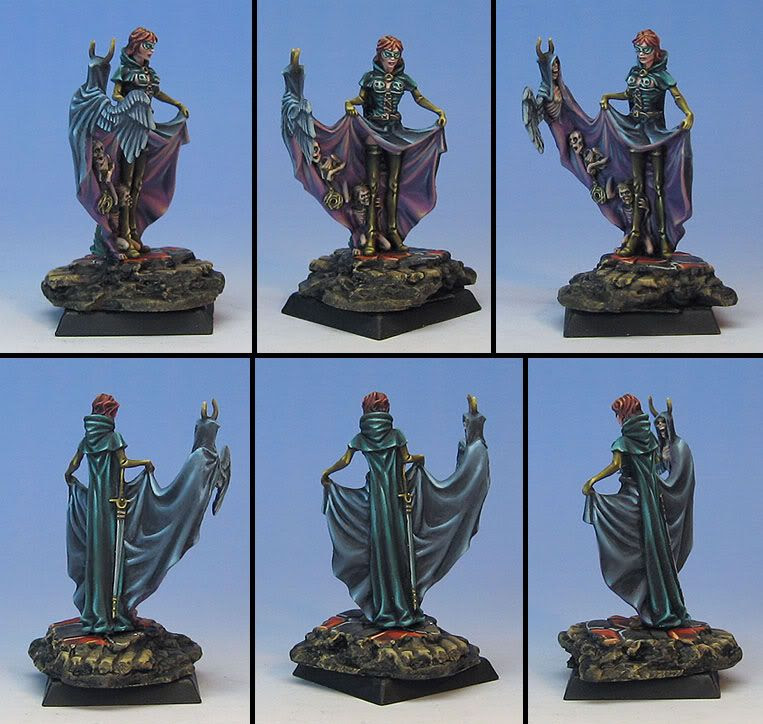 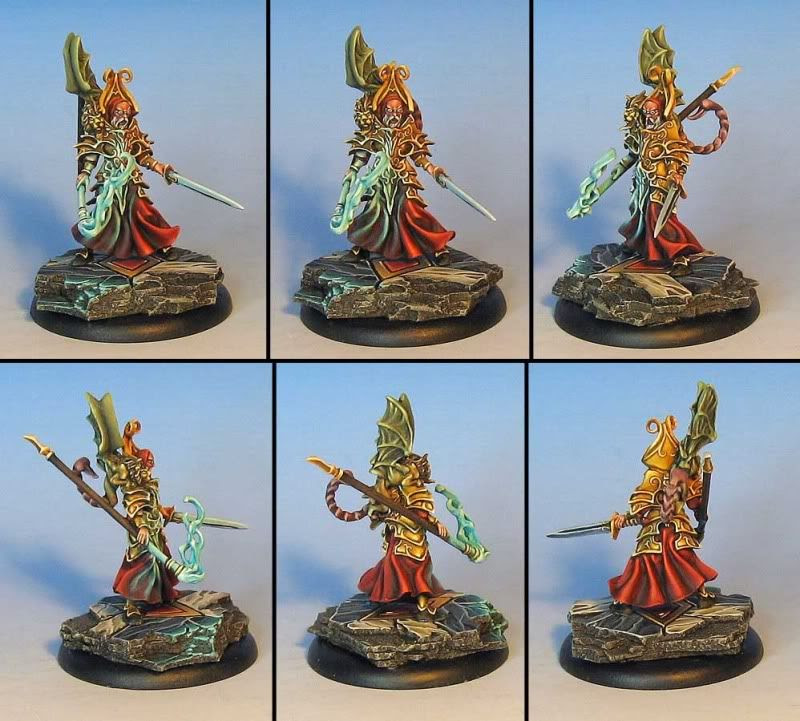 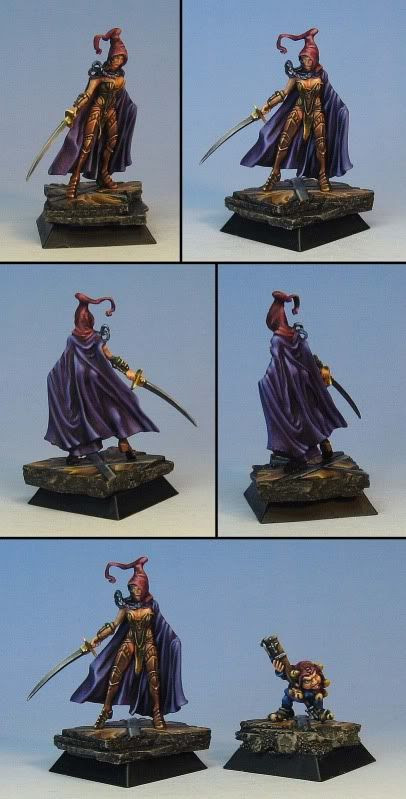 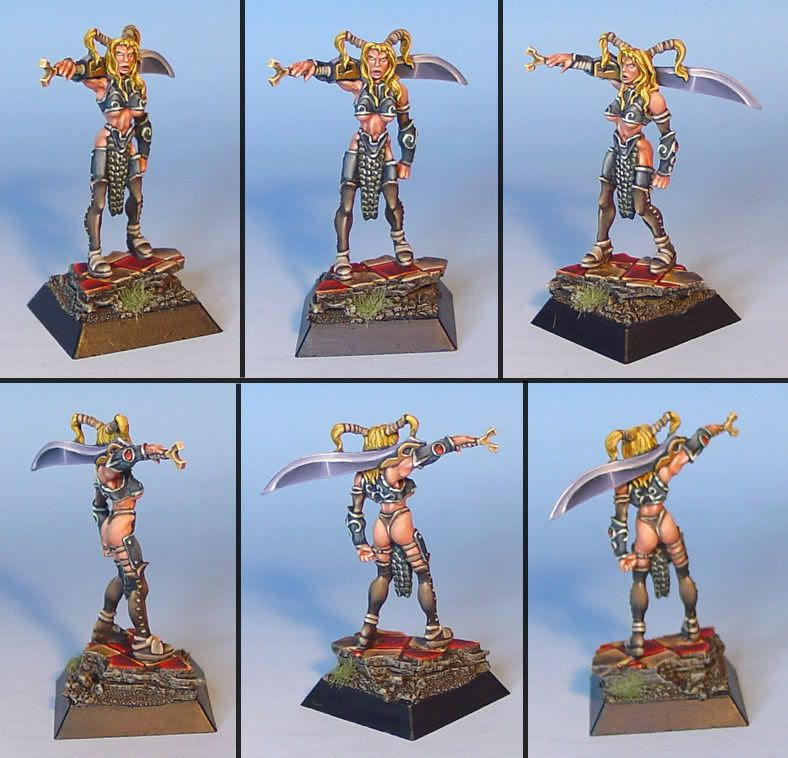 I will post the crazy ogre figures I found later today, and then the Moloch and Apostates tomorrow!
Posted by wappellious at 11:03 AM 2 comments: