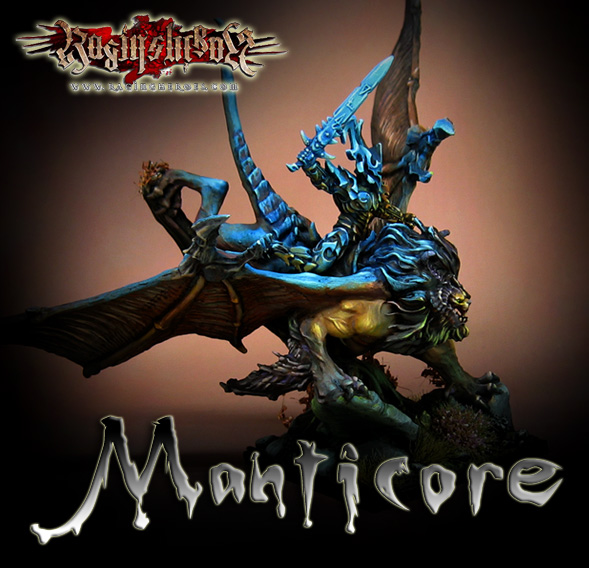 This monstrous creature is one of the original sculpts by Raging Heroes.  I had painted this up for a possible Chaos Warrior fantasy army.

As with all things that pertain to Chaos, I wanted to have a Tzeentch theme, and this is why the sword was given the blue tint, and glow applied elsewhere!

There was also a design aspect to that choice, which was an attempt to create a little more interest in areas that might have been repetitive or monotonous.  Since many of the colors would be warmer tans and umbers, the brighter blue would offer a contrast in saturation and color temperature.

Some of the middle tone colors were greenish grays, made by mixing that lighter blue with the sienna and tan.  The green colors provided a little more interest in the middle tones, and even the shadow areas.

I know that the texture on the wings was pretty heavy, and it would be impossible to make them look more like membranes or something semi transparent.  This was another reason I wanted to toss in that extra definition from the Object Source Lighting.

The rider was also interesting to paint, with lots of fun shapes.  His head crest also reminded me of the Tzeetch look! 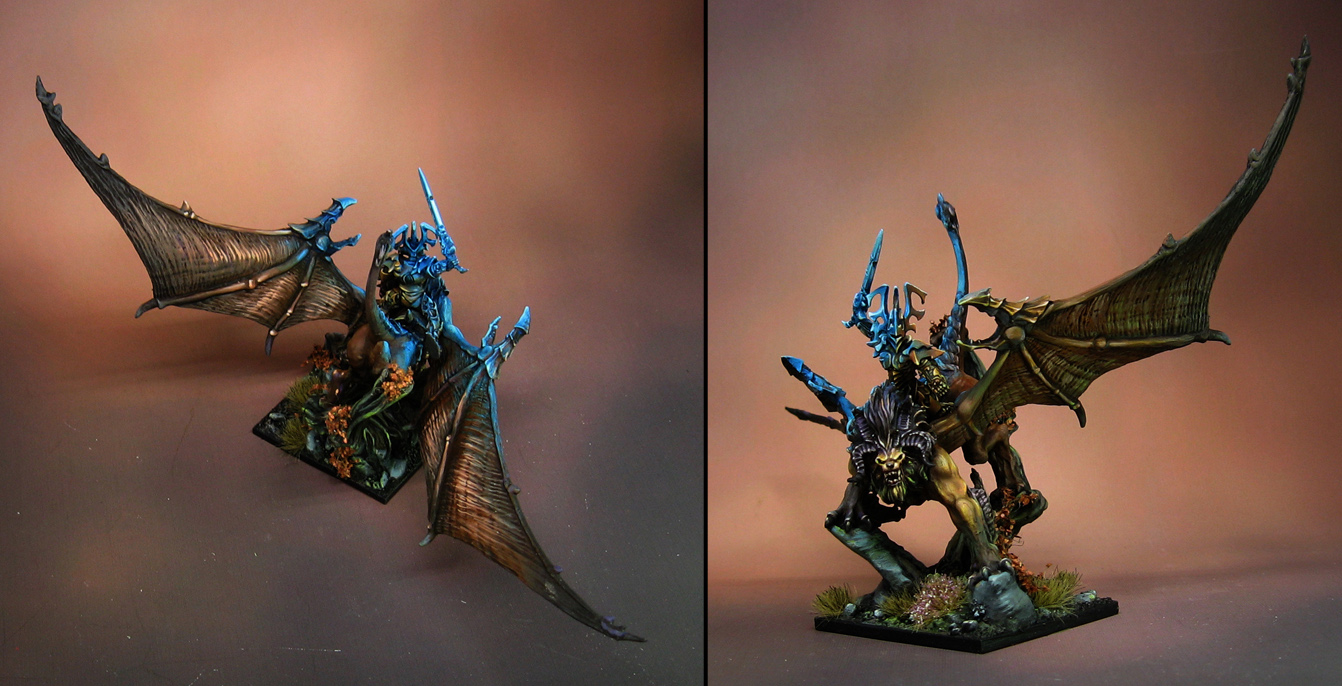