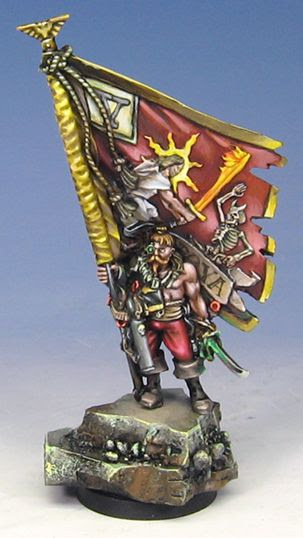 This is part of a Vostroyan command squad which I have been working on for a while.  A big chunk of metal, which made me create a heavy base to balance that giant metal banner :-) 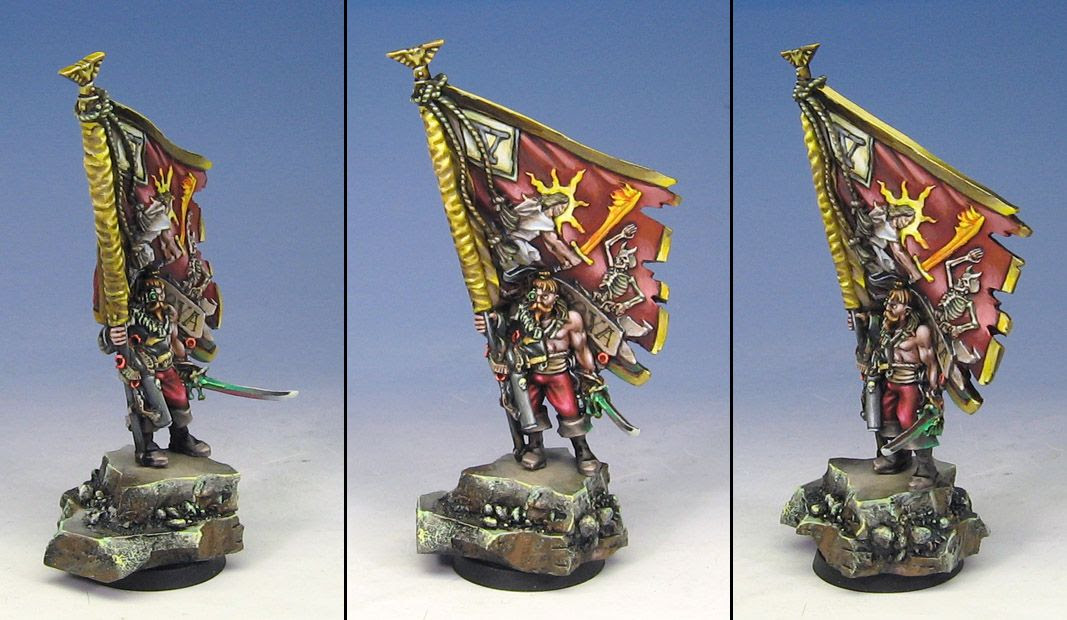 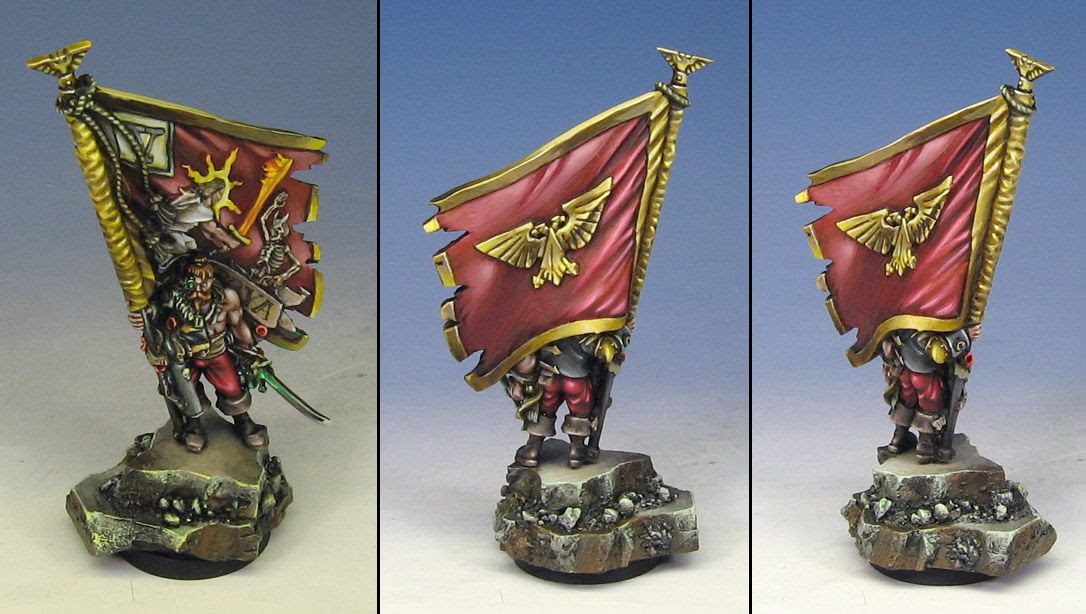 Posted by wappellious at 7:30 PM 4 comments:

Interior views of the Royale Casino 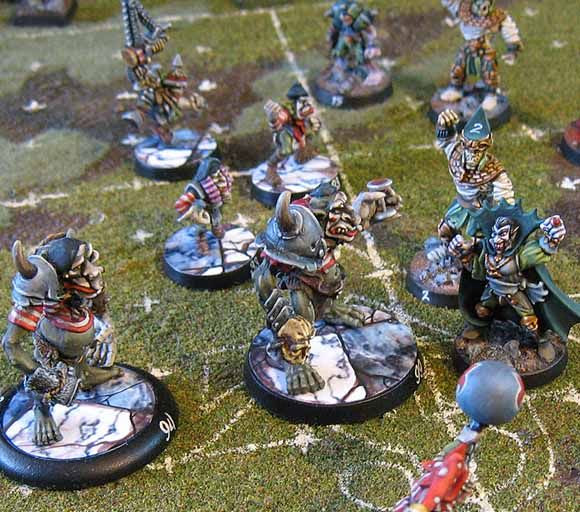 Here's a project that still needs to be completed.  It is the most elaborate Blood Bowl stadium that I have tried to create.

The Royale Casino is the home stadium for the Las Vegas Hustlers, a human team I had in a league years ago.  The outside of the stadium has a marquis, and a fancy exterior full of columns and decorations. 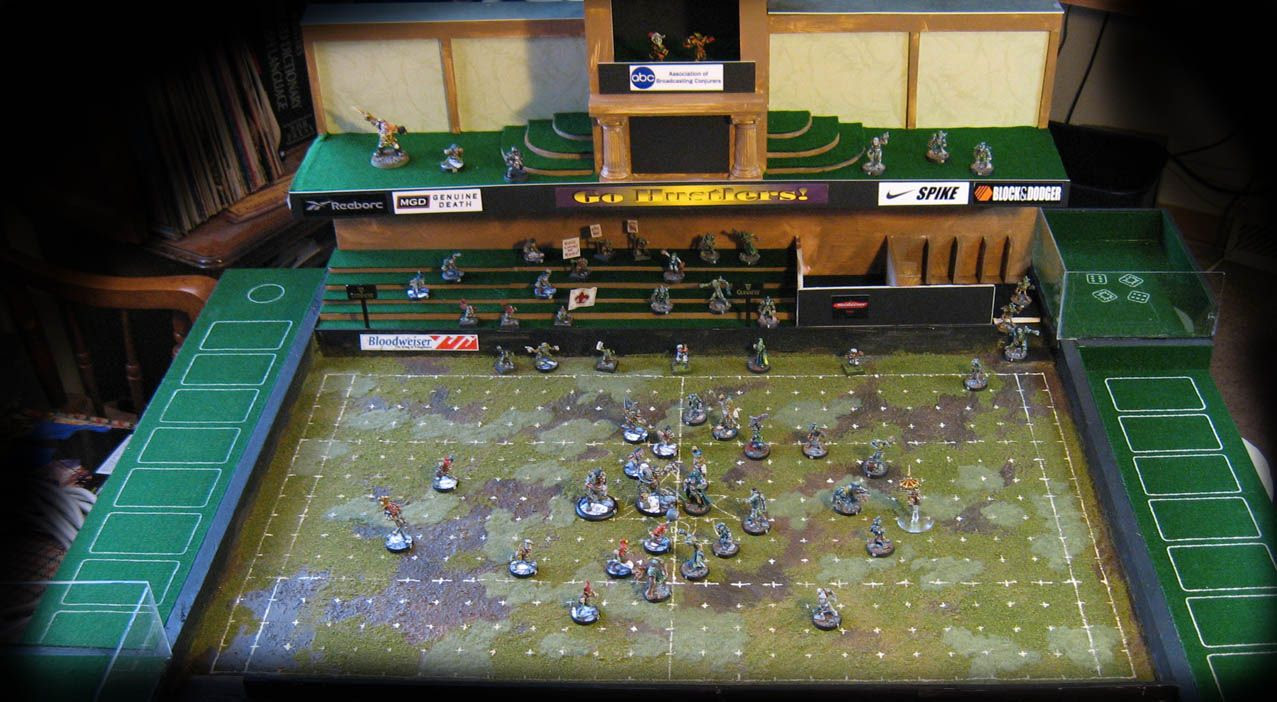 Obviously, the inside is supposed to be a casino!  Hence all the green felt.  The white squares you see are for turn counters... which are playing cards.  When you turn one over, then indicates a turn has been used.
At the end of each half, whoever has the better "hand" gets an extra re-roll. There are two grandstands for the stadium, one for each sideline.  I took one of them down so that I could photograph it.  The side you can't see has a giant scoreboard on it, as well as the visitor's dugout.  Each dugout will have a very different theme, with the home team's version being truly luxurious, while the visitor's is very nasty :-) 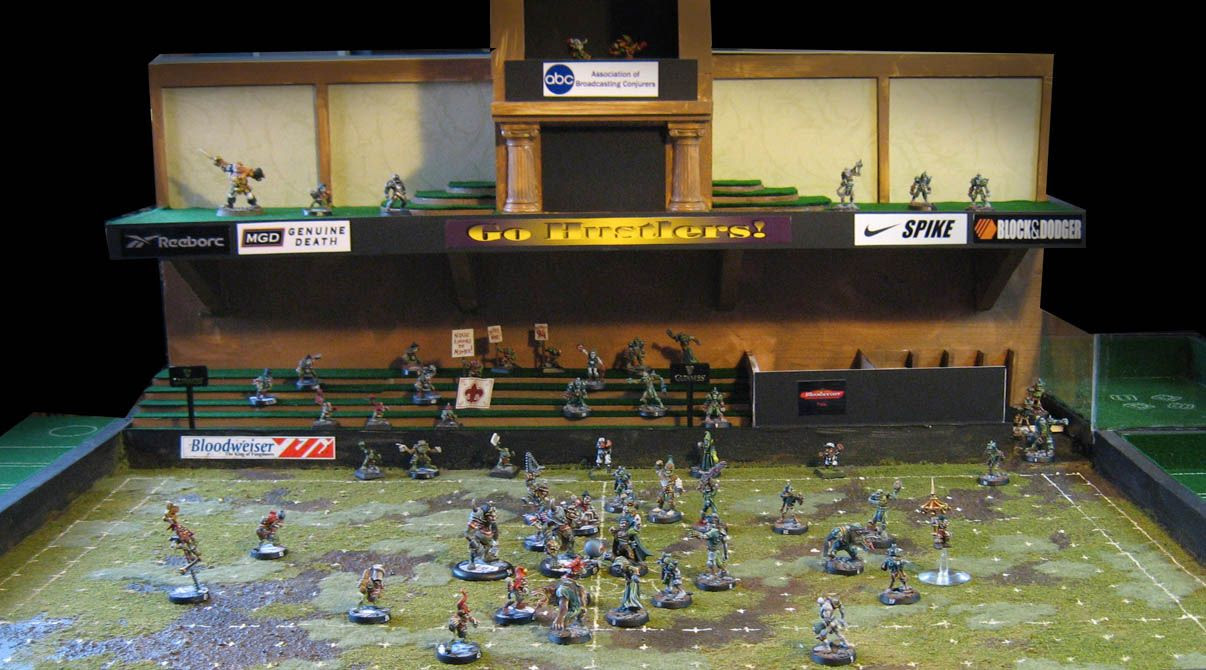 On this side of the grandstands, you can see the announcer's booth.  The upper levels are going to have little slot machines and poker tables, a roulette wheel, etc.  The lower levels of both sides can hold tons of eager and excited fans! 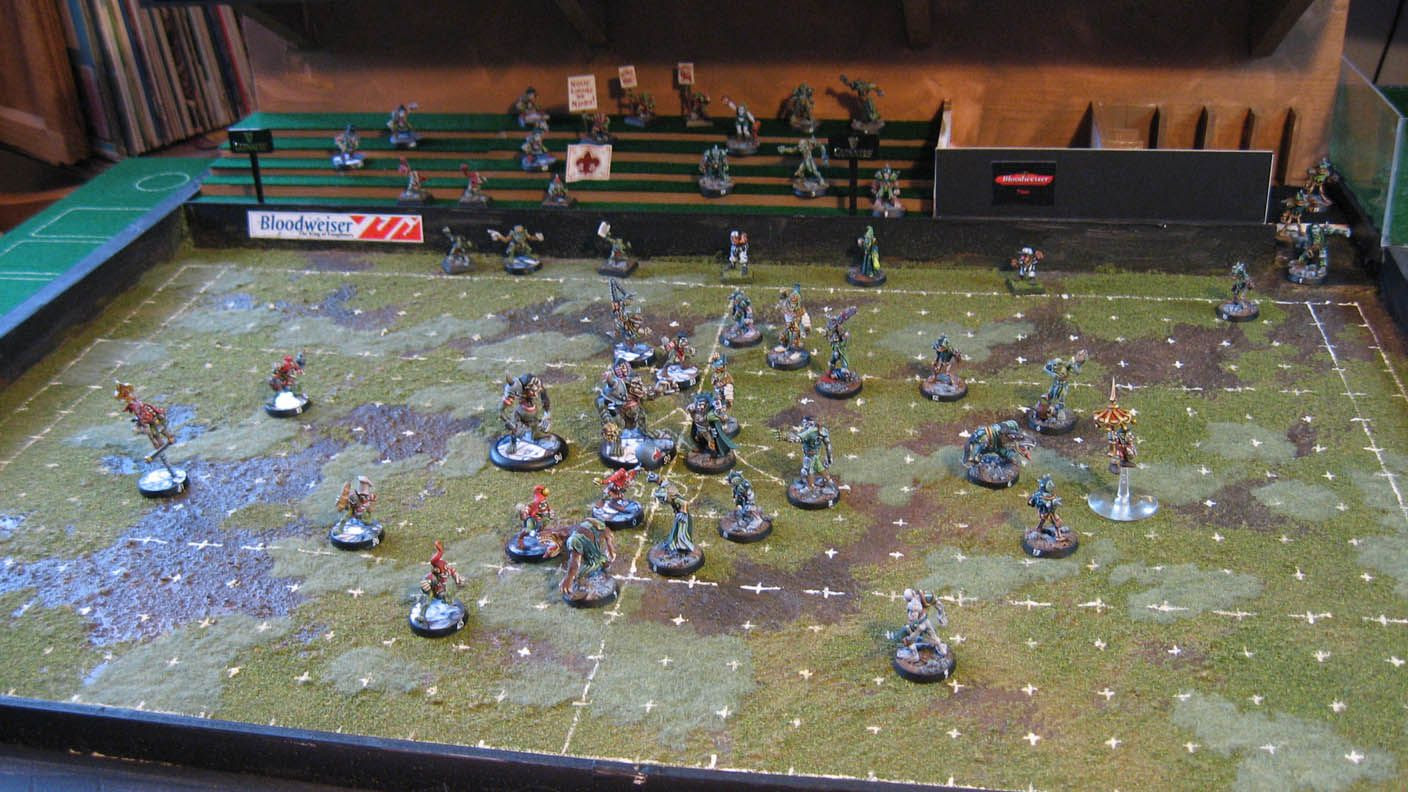 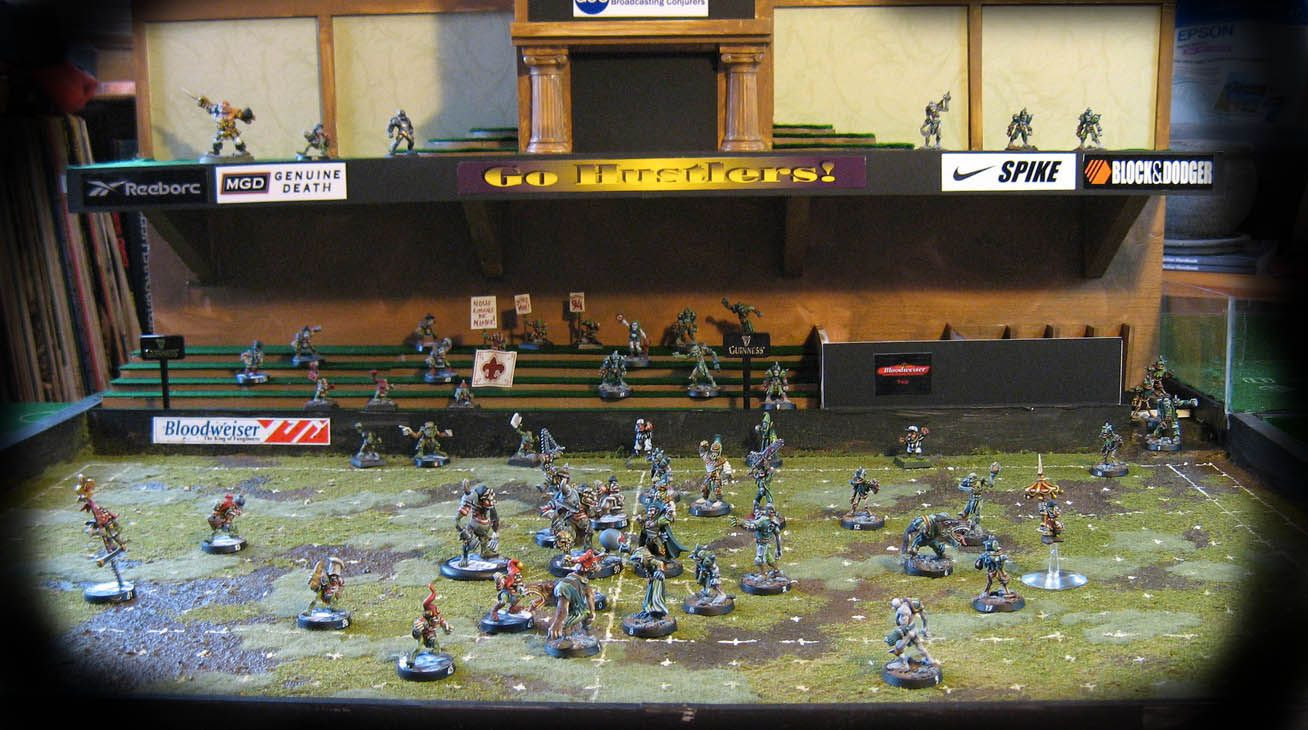 Here are some action shots between the Mimes f Moria and an undead team: 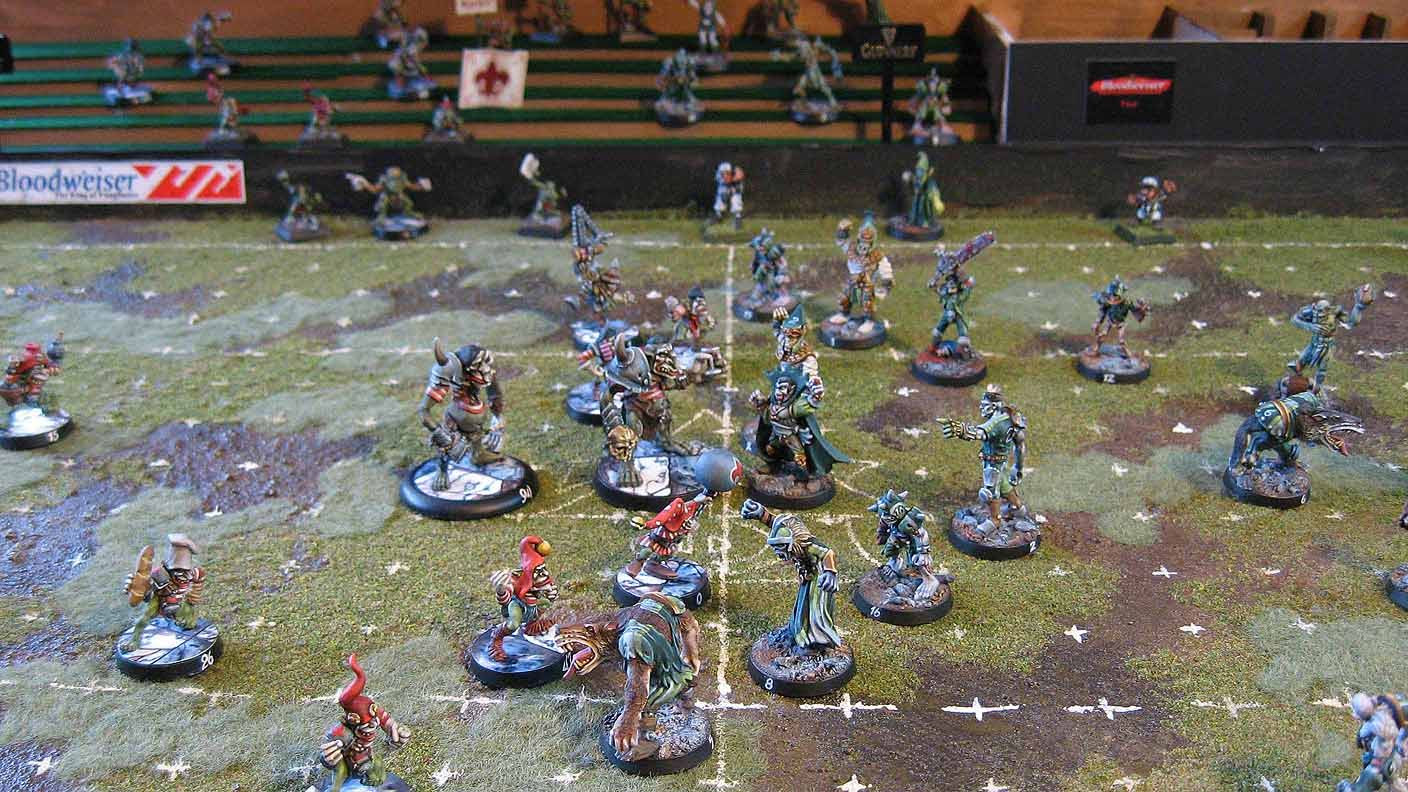 Go get 'em Francois and Pierre!! 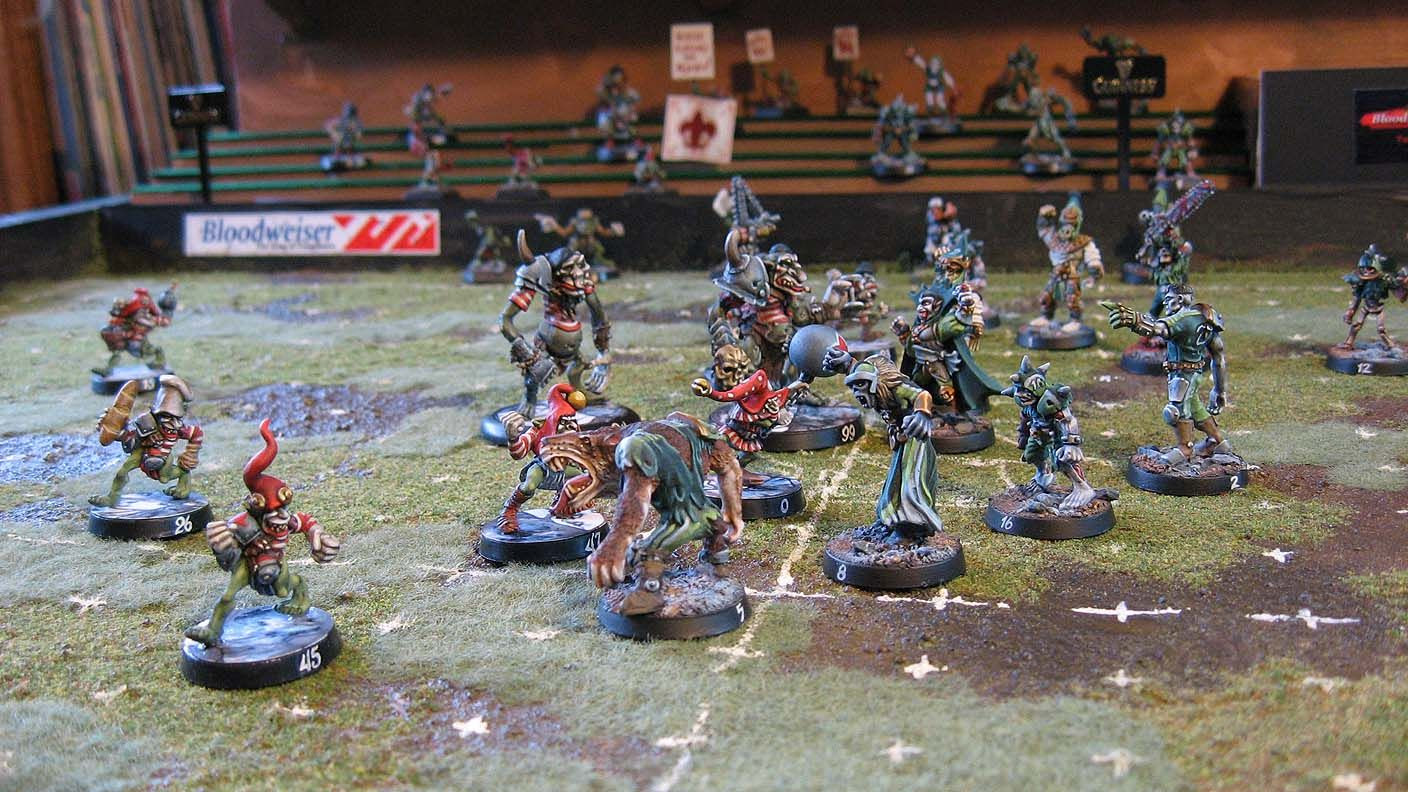 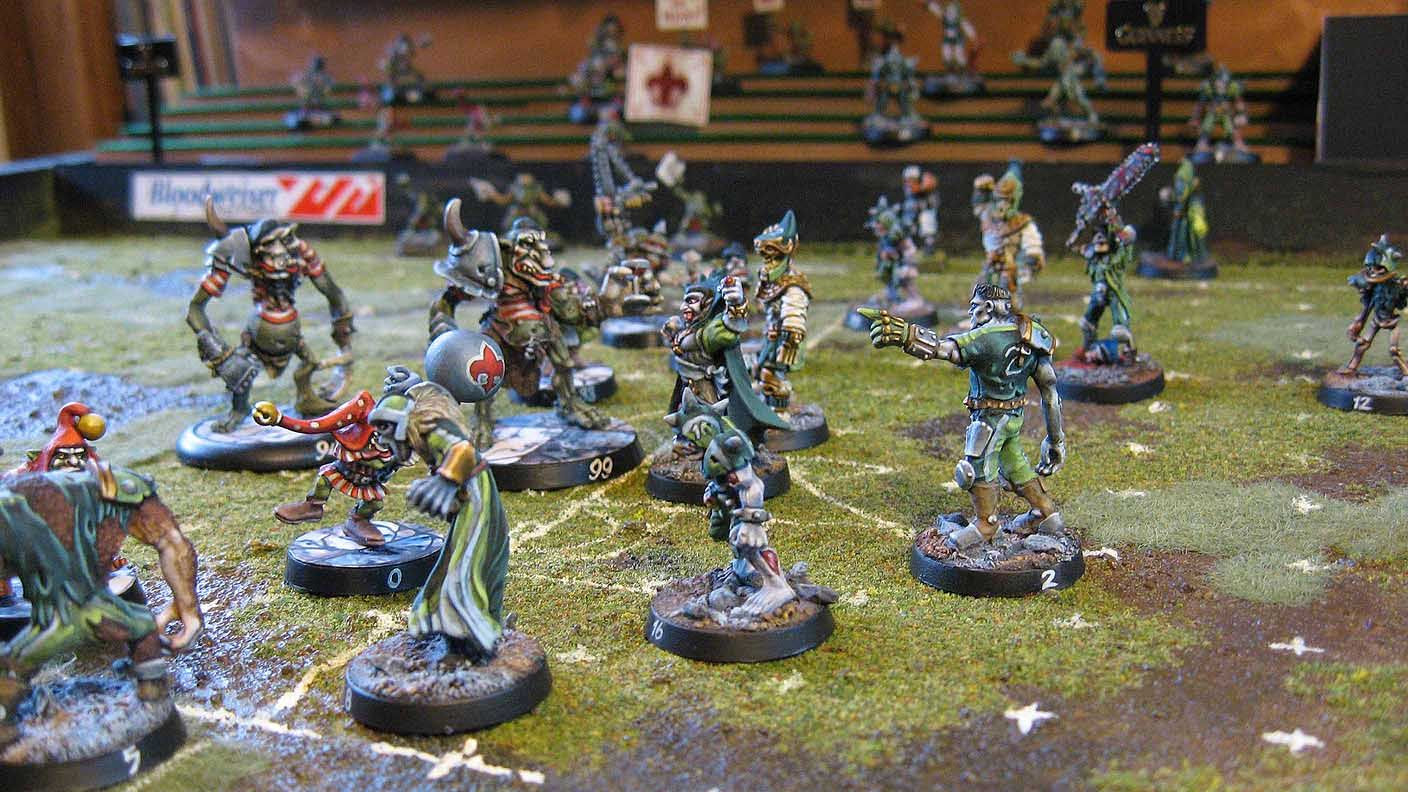 The view from above the field in the Bloodweiser Blimp! 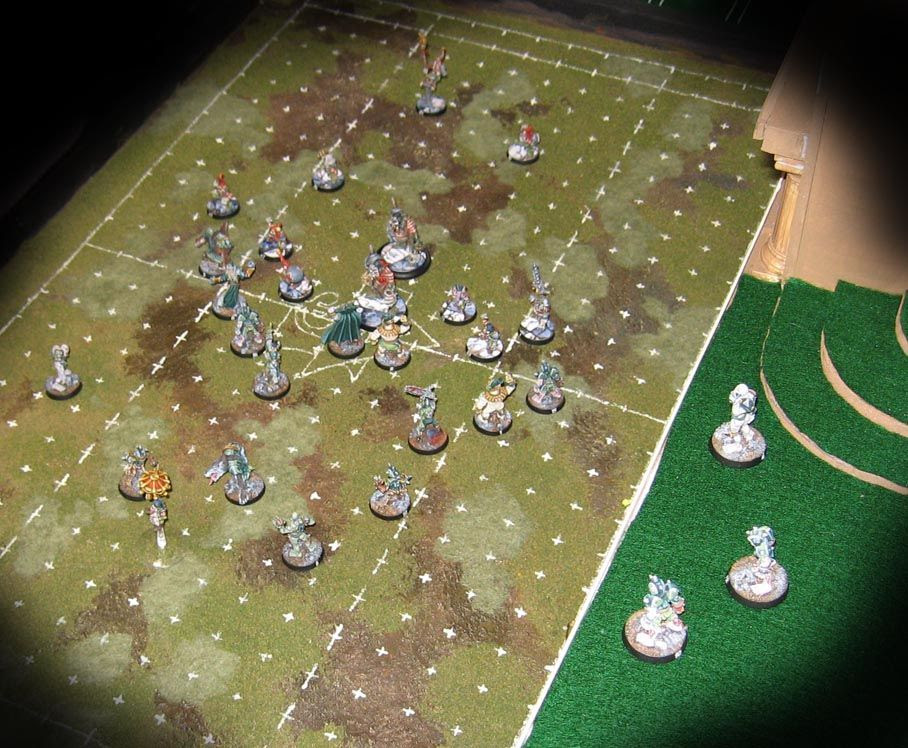 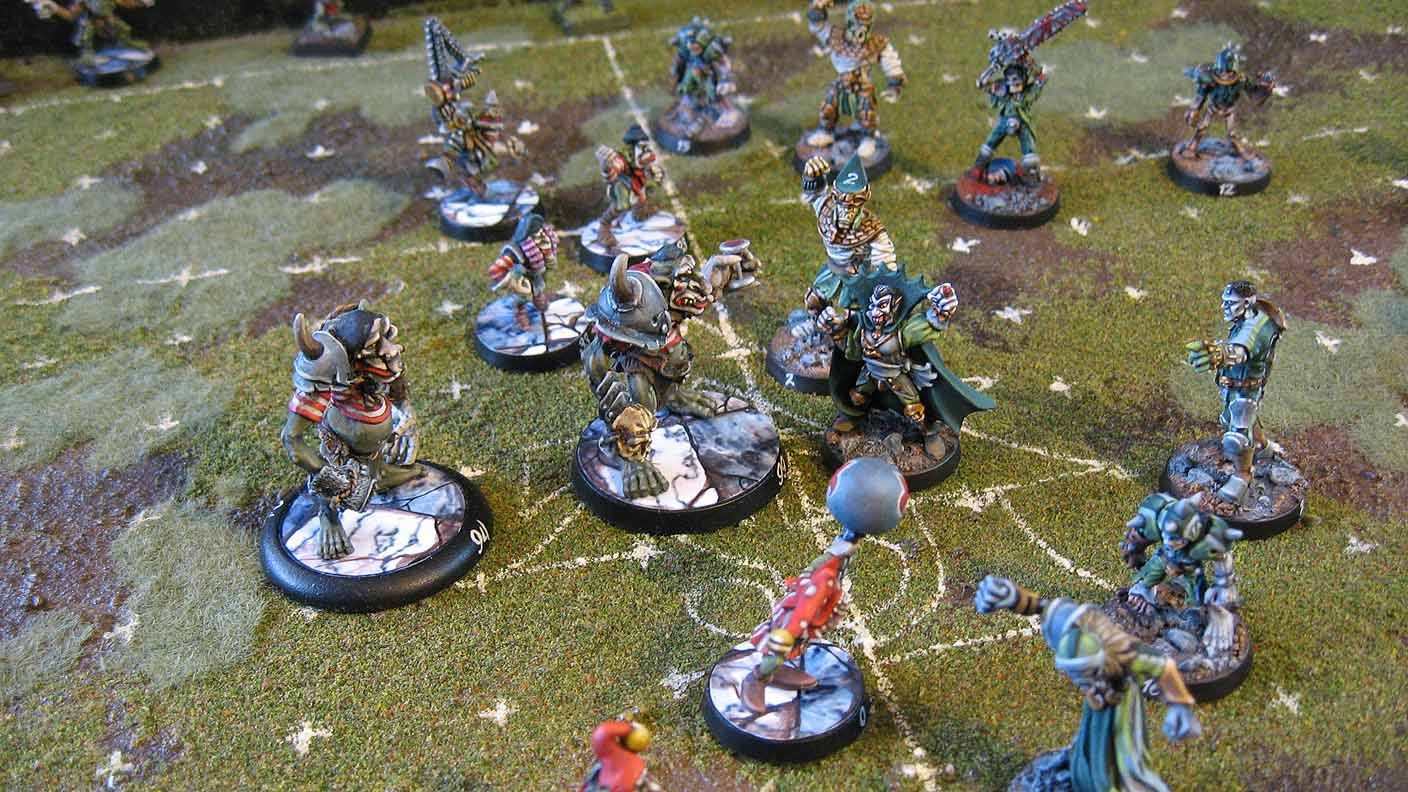 And here is Jaques... he lands perfectly using his lovely parasol... and goes in for the score!!!!  Touchdown Mimes!! 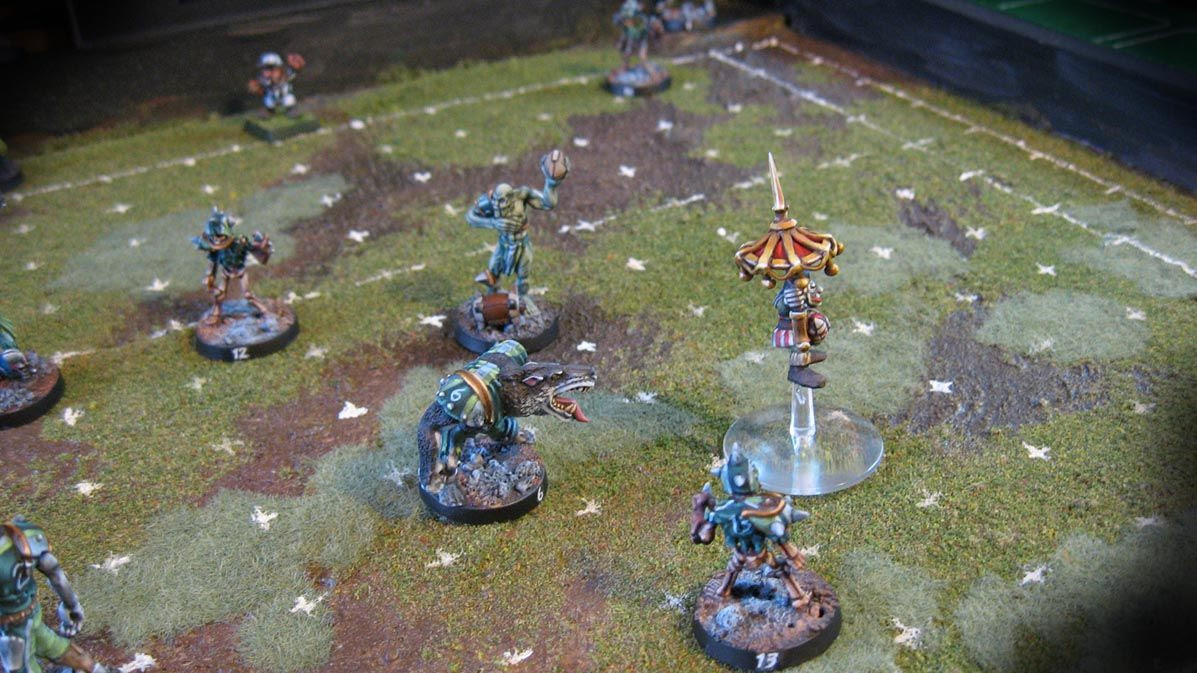 When I get the chance, I will try to take some exterior shots.
Posted by wappellious at 9:46 AM 2 comments: 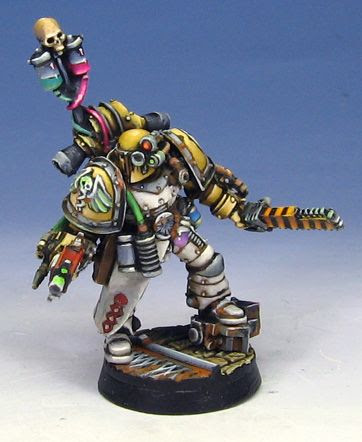 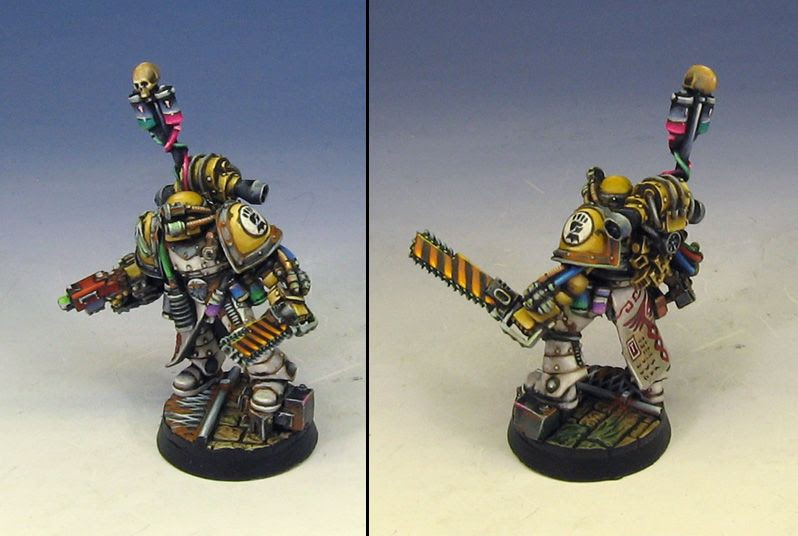 Posted by wappellious at 1:43 AM 2 comments: