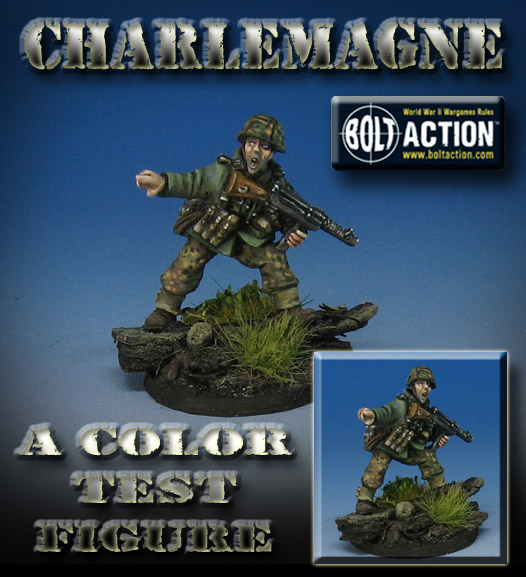 I know that people always have a bit of a chuckle at my preference for all things in the Early War period, which was the case in both Flames of War and Bolt Action.  Part of this had to do with my introduction to those games while being "nominated" to be the French player!

While I painted away at all the various units, I did a lot of research, not only of the Second World War, but as far back as the Napoleanic era and beyond.  I was more interested in the cultural and political situations that created the seeds for conflict than the conflicts themselves.

The Interwar Period was rife with all kinds of crazy weapon systems, from turreted fighters that would only hunt bombers to multi turreted tanks.  Nobody knew what would really happen with these once the shooting started.

This is the long winded way to say that all of my armies have focused on early war Battle of France and Operation Barbarossa.  That will continue as I move to the desert, but I am actually working on some mid to late war forces!

The Charlemagne Division was another political/cultural story that fascinated me, so I had to add that into the mix.  Not only did they fight on the Eastern Front, they actually fought their way back into Berlin during the final days of the siege.

They also represent my first opportunity to attempt some of the camo pattern associated with the German forces... splinter, pea dot, oak leaf, etc. When I found some reference images, I had to paint the first color test figure to match this. 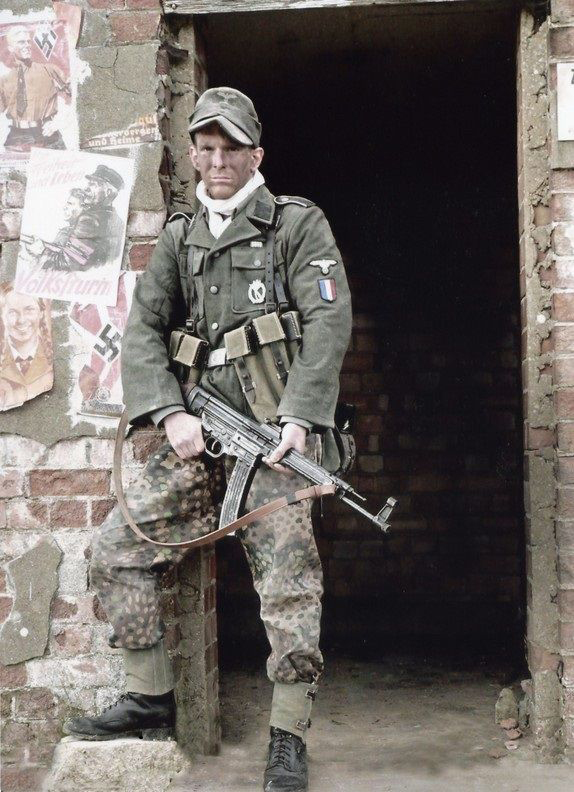 I have a great many figures to paint in the various schemes, as my army for the Operation Sting tournament is a Monte Cassino Fallschirmjager army!  I will have a lot of fun creating the bases for them, and I am planning on doing some of that in YouTube videos.

Also, I want to try and create some tutorials on how I painted these camo schemes for the blog and YouTube, since I see that question asked so many times on the Bolt Action Facebook pages.

I am hoping to use these guys in the next Barbarossa fight... we shall see if they are a match for Comrade Royamanov.  Eventually I would like to create an entire 'army' in the Charlemagne theme.

Stay tuned, and if you can support the Patreon Page in any way, that will be of great help, as all the editing and rendering takes many many hours!

Posted by wappellious at 1:10 PM No comments: