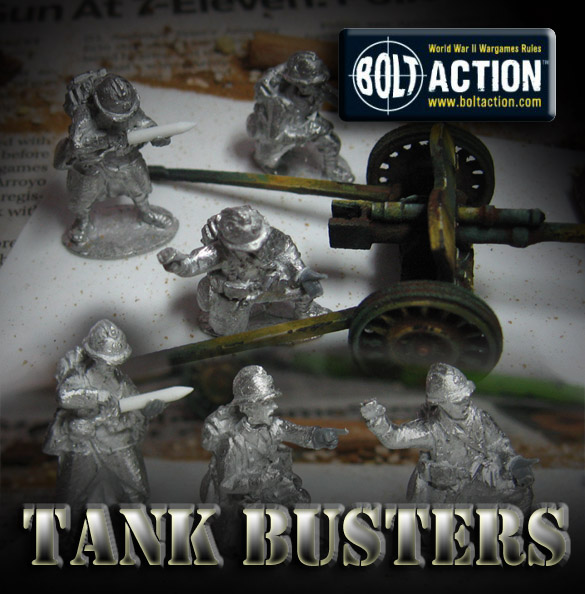 I thought that it might be interesting to see if I could convert some standard French infantry into a gun crew for my 47mm anti tank gun.

The gun itself is from Mad Bob's Miniatures. 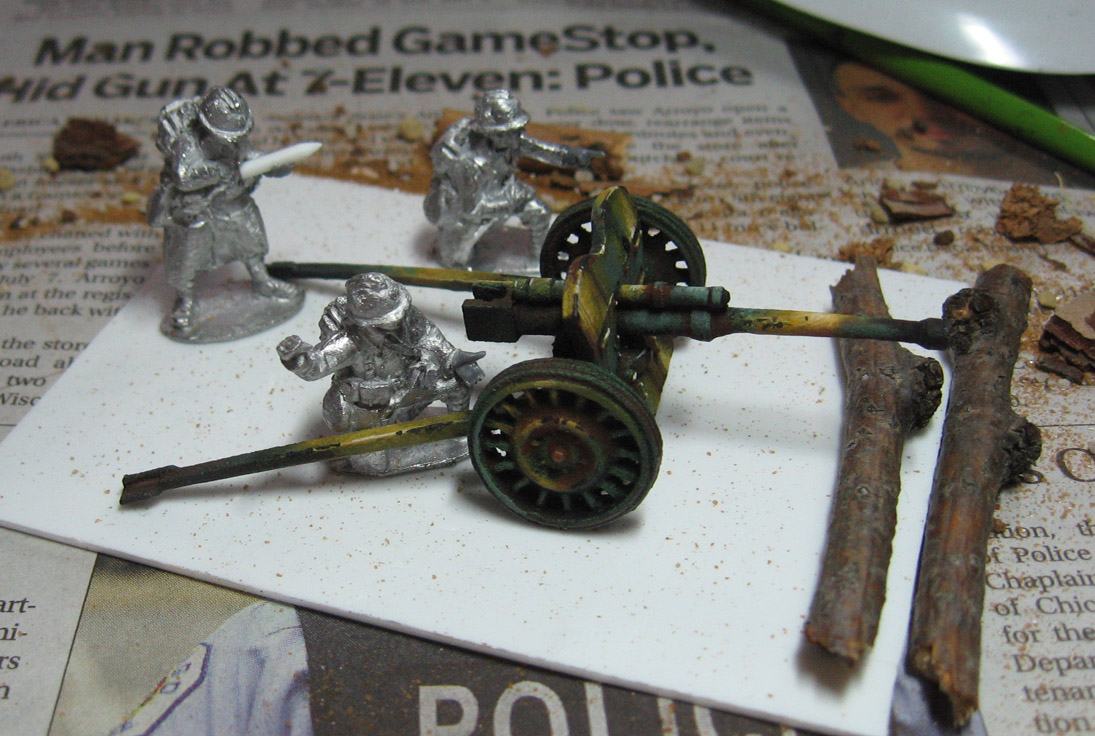 I had some leftover bits from the British infantry sprues, which you can see in this image.   I was able to use a few plastic hands to replace the rifle and VB Launcher hands.

One of the hands was perfect for a shell, which was made from polystyrene tubes. 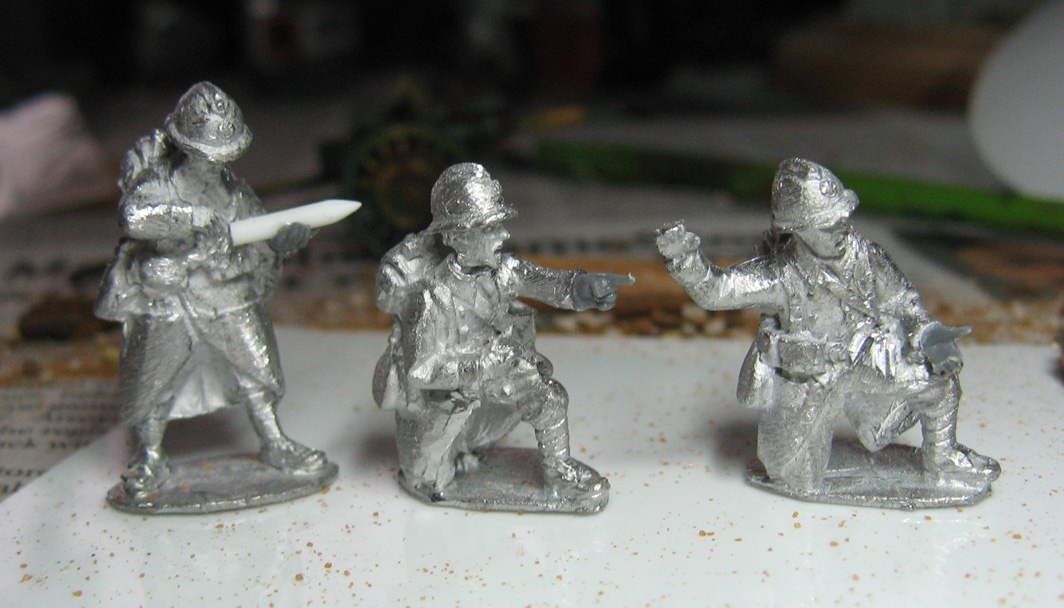 Once the crew was completed,  it was time to create some basing to match the rest of my ardennes theme. 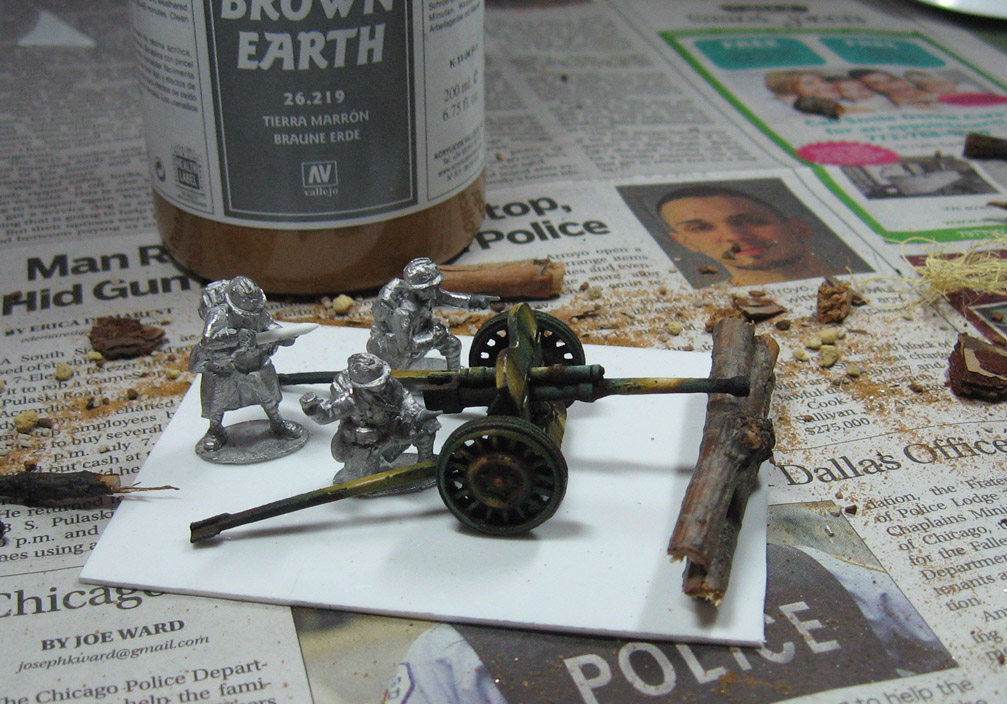 As an example, here's a previous artillery piece which will be matched. 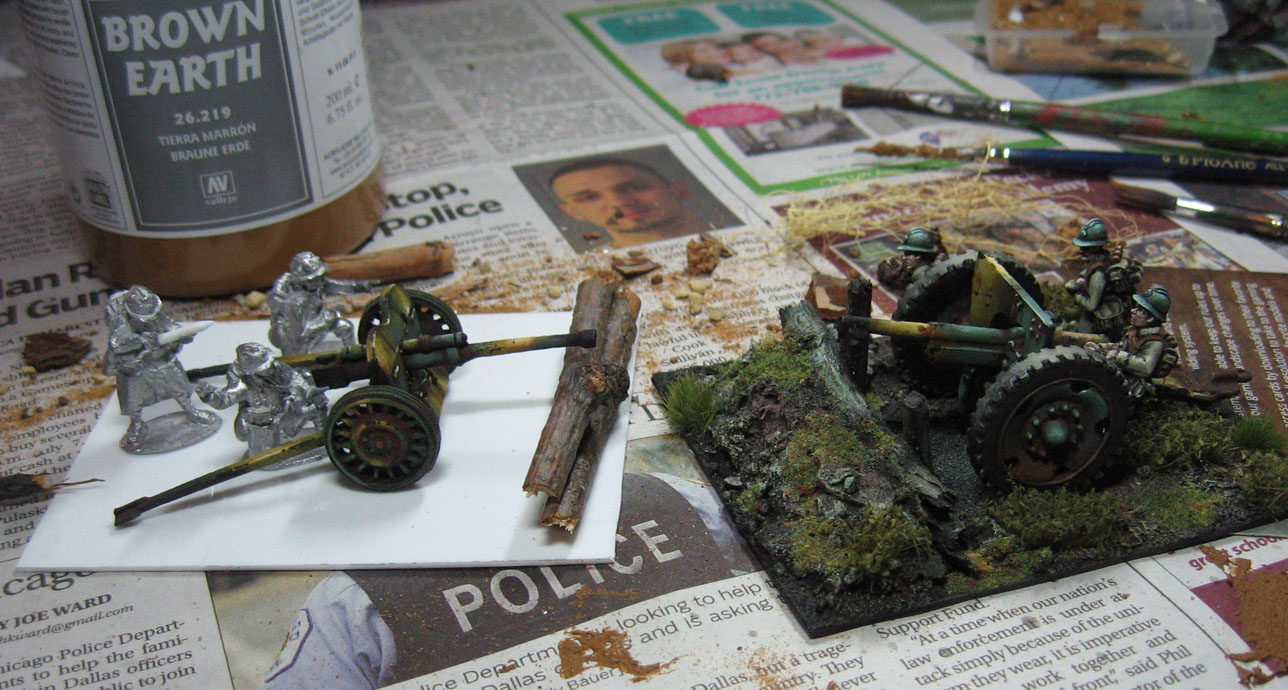 Just like the 75mm gun,  I used the oxide paste style material to make the majority of the texture. 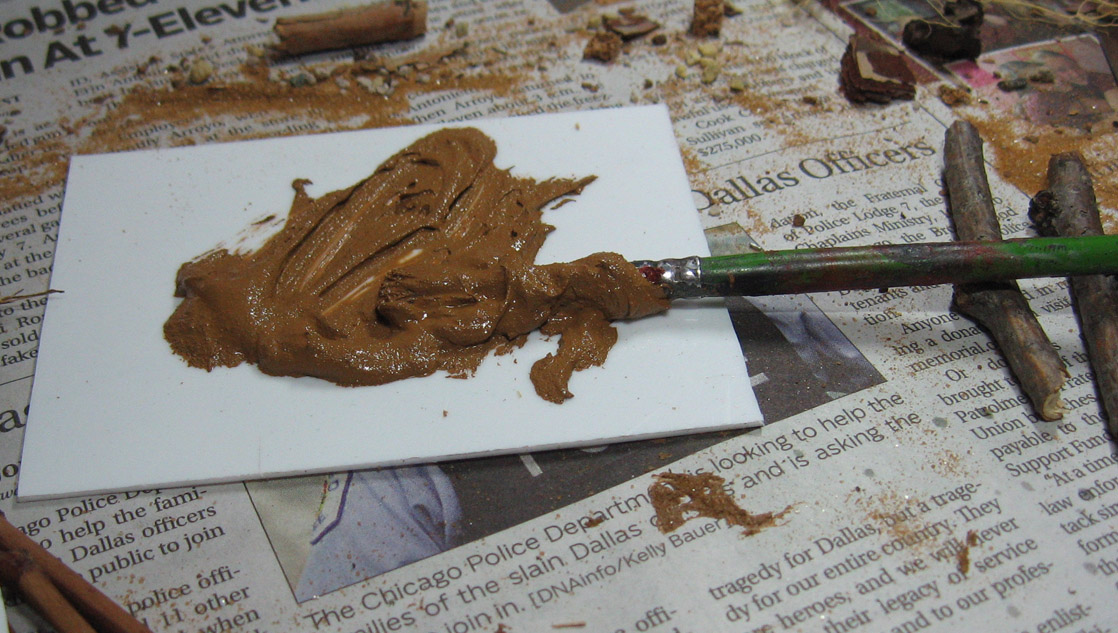 I've learned with these gun emplacements that it's easier to spread the paste across the entire surface before you start placing figures and other pieces. 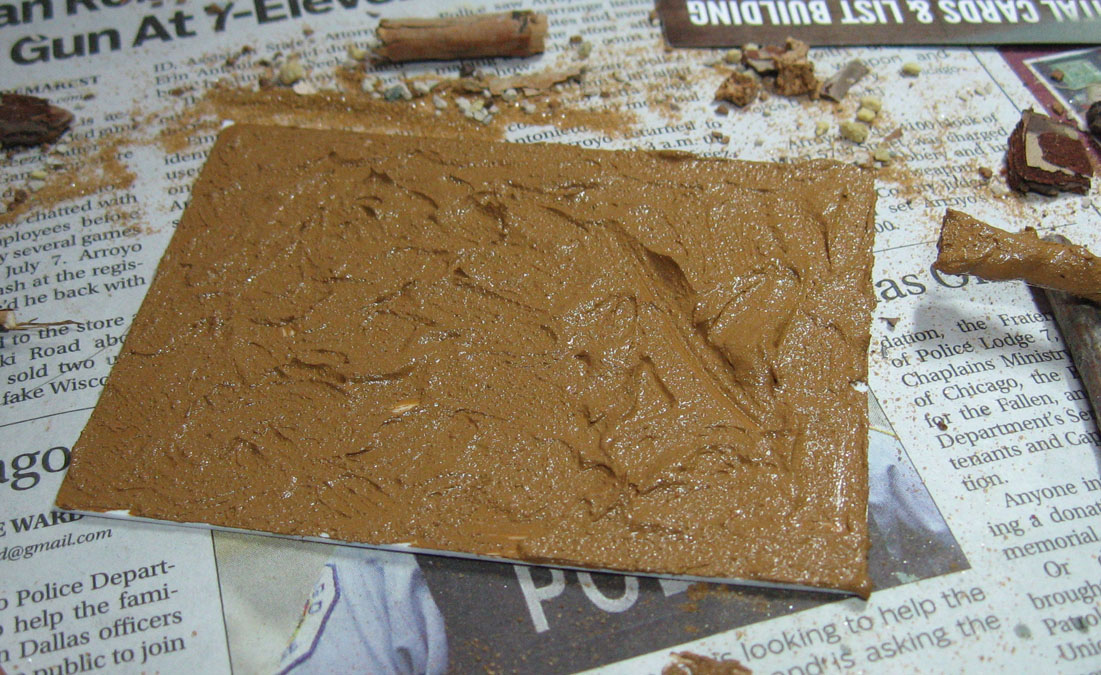 Once the paste is covering the base, I do a rough placement of all the figures involved, so that the crew can be glued in place.  Obviously the gun will be removed, so that I can actually reach the figures with a brush. 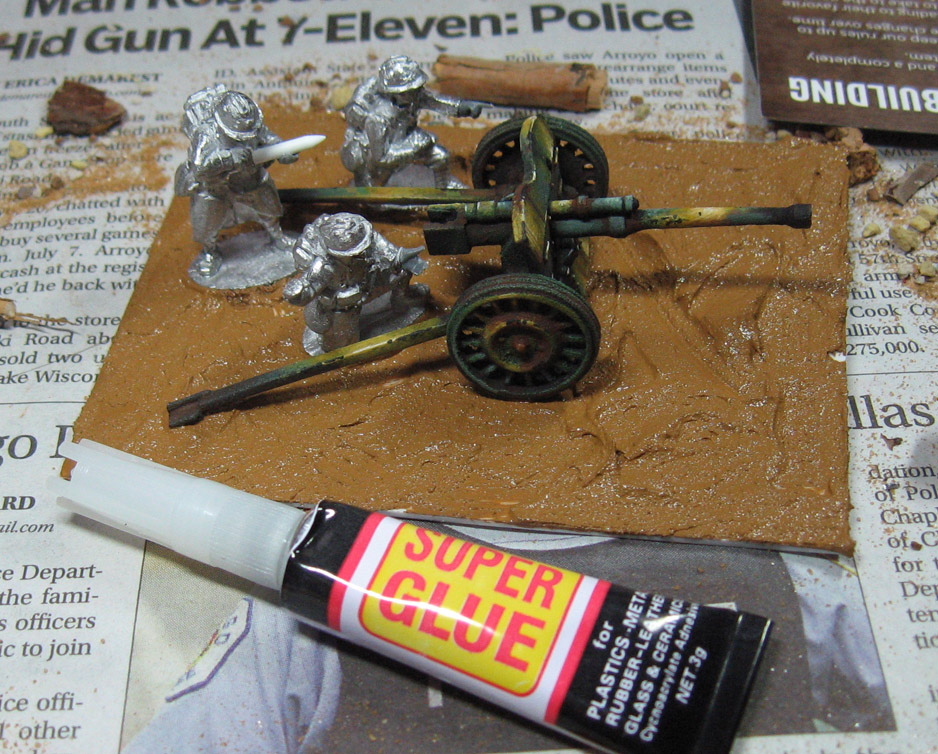 As mentioned earlier in the article, I am continuing the basic forest emplacement.  I have many other armies (and theatres) which will use a variety of basing theme.  Desert Italians and Germans, along with winter/urban Soviet basing is also in the works. 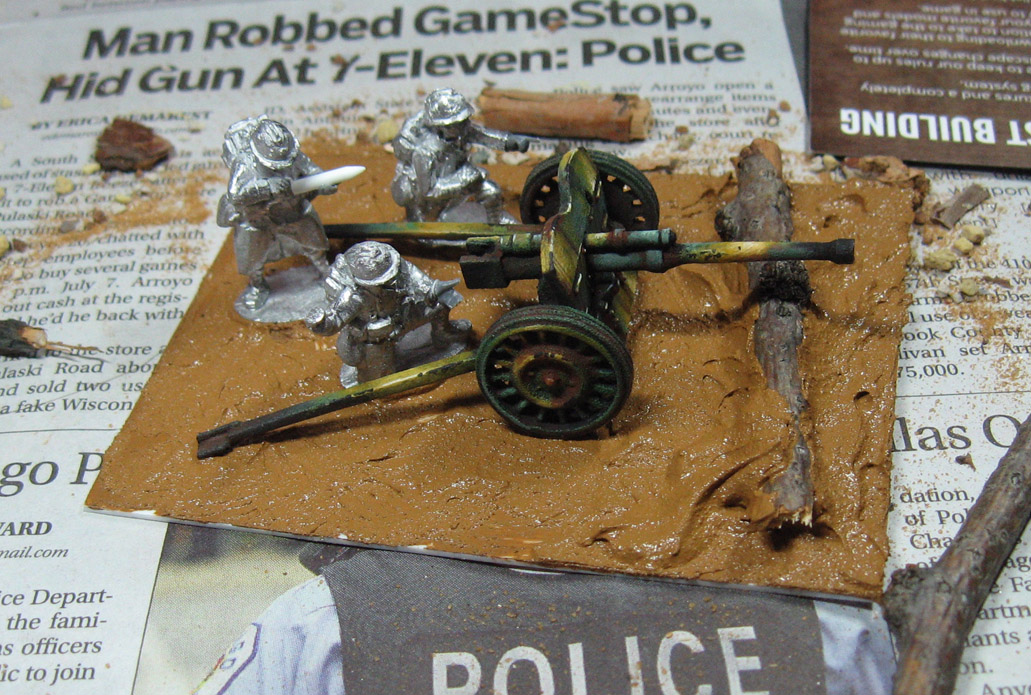 A few logs are placed and then covered with enough of the paste to hold them together... just like real dirt!  The gaps will be back filled, and smaller branches can even be added to enhance the hastily constructed position effect. 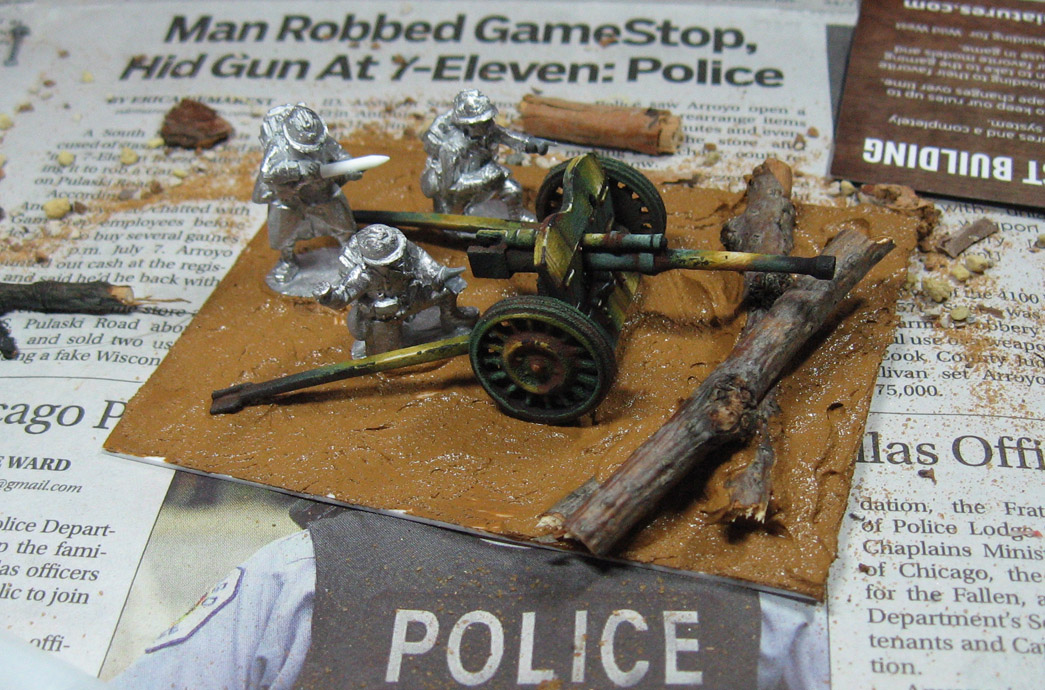 If you look closely at this image, you can see that the metal bases are now covered with the paste.  Normally those are cut off with a razor saw, but the thin plasticard does not give me much width for gluing pins.

One other detail I tried to add for the hasty gun position look was to create some tire tracks for the wheels. 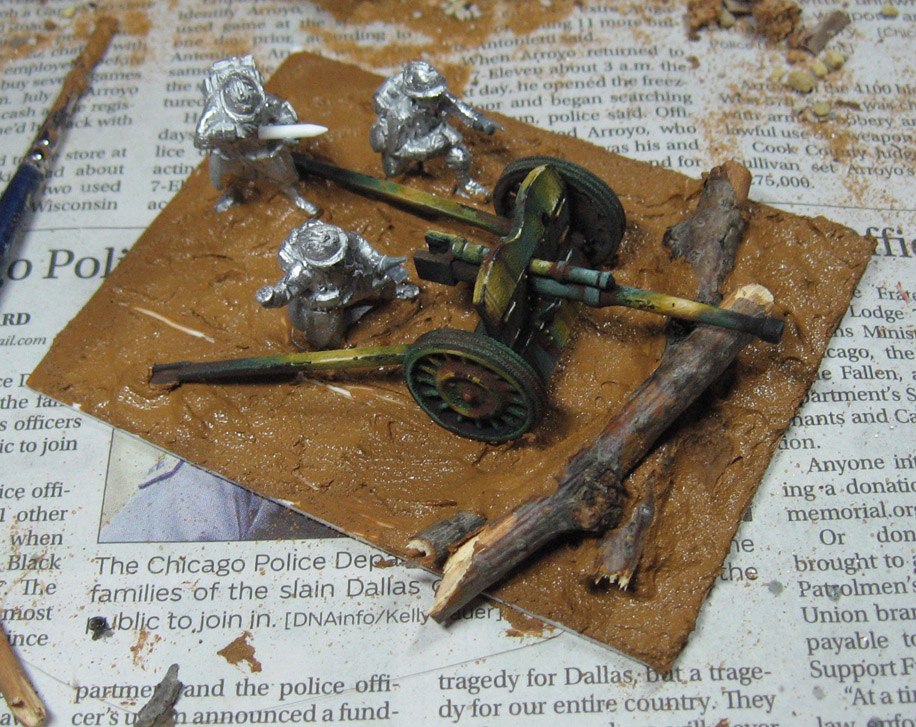 In the next episode, you will see the rocks and gravel applied, along with a few other fun touches to complete the anti-tank artillery base.  Stay tuned!!