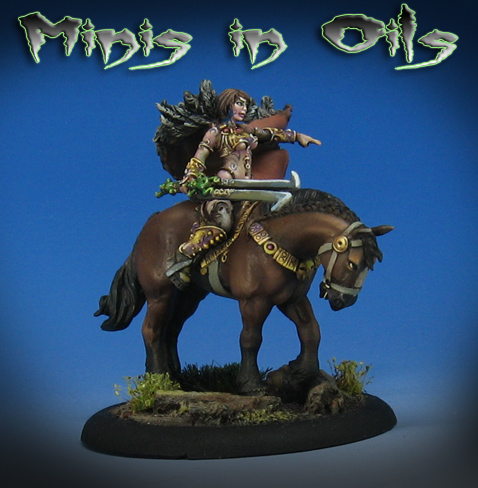 My first experiments in painting figures entirely with oils were conducted on these figures, since they had many of the elements that I thought were well suited for that medium.  First, there are a number of hard to reach areas, and the oils are helpful in that aspect.

Since getting a brush into them would be difficult enough, trying to make shades/blends in those deep crevices and out of the way spots would have been a nightmare.

The oils allow me to essentially blend the colors blind, since there is no 'layering' per se.  I can smush a few colors into the deep recess, and then use another clean brush to blend them together, which will be just fine with the tiny amount that you can actually see!

Finally, these had plenty of earth tones, which matched a huge quantity of other figures that I was also working on.  So, I was able to work on 3-4 times as many figures at once as I could using acrylics.  Not only were the colors staying wet on the palette, but they were on the figures too!

So, that extra blending that I could still do many hours if not days later proved to be quite handy.