Leviathan of the East 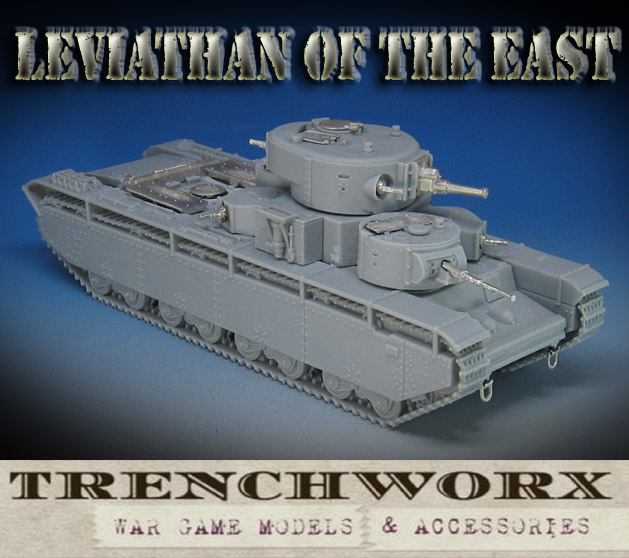 In the process of evolution, some branches of that tree tend to snap off.  That happened with the multiple turret style tanks that had been developed prior to WW2.

Obvisouly, they tended to be very slow, and the multiple turrets created a very high profile, and made things a wee bit hectic for the crew.  I suppose that the could have worked best as dug in bunkers... but in any case, they are still very fun!

This is the Trenchworx version of the massive T-35.  As with all Trenchworx vehicles, you have excellent casting, and a very helpful instruction sheet!  These are extremely helpful, especially with a more complex kit such as this. 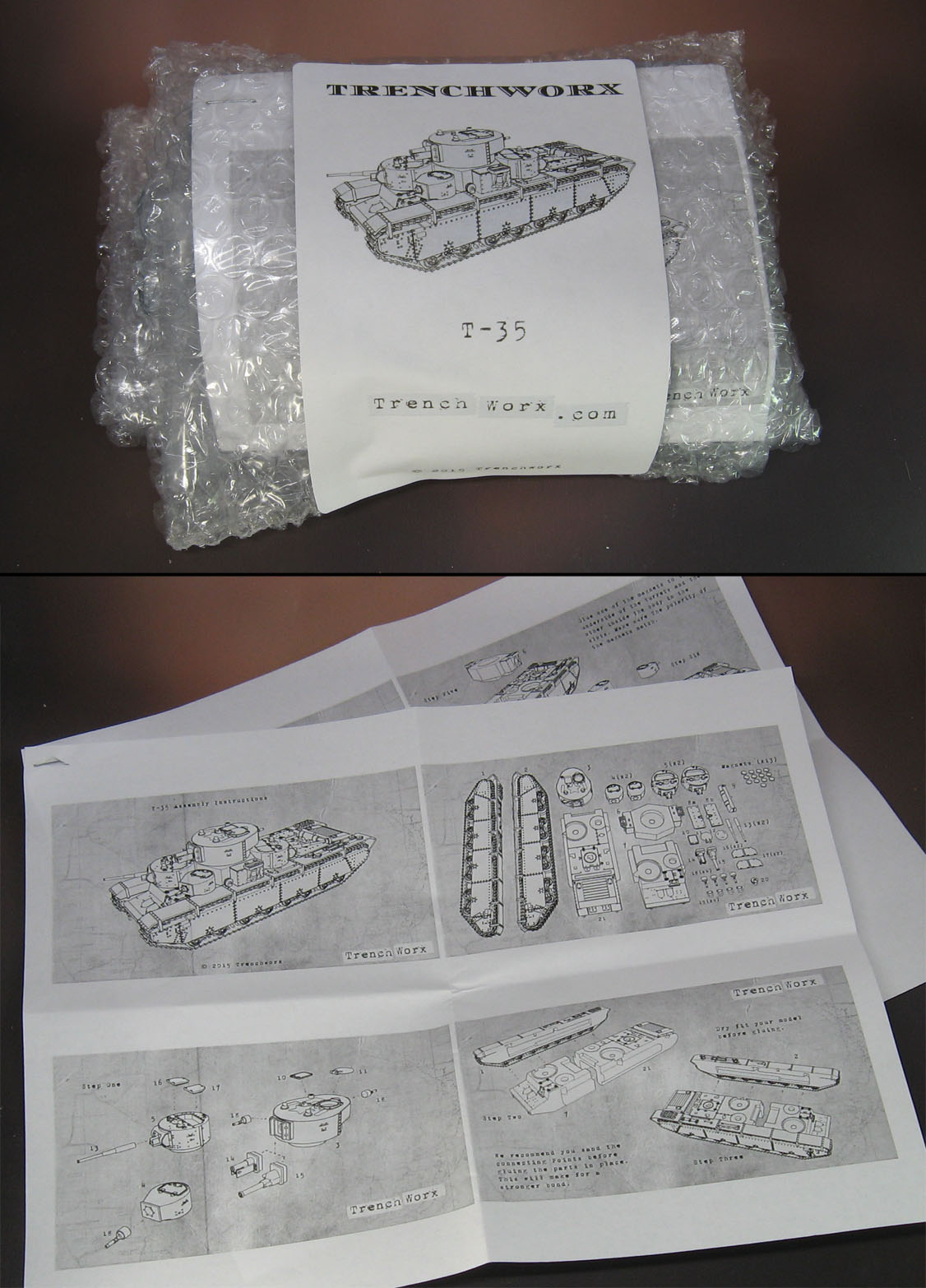 A quick look at the parts shows you what you will be working with.  There is minimal mould line and flash nastiness to deal with, which saves a lot of time. 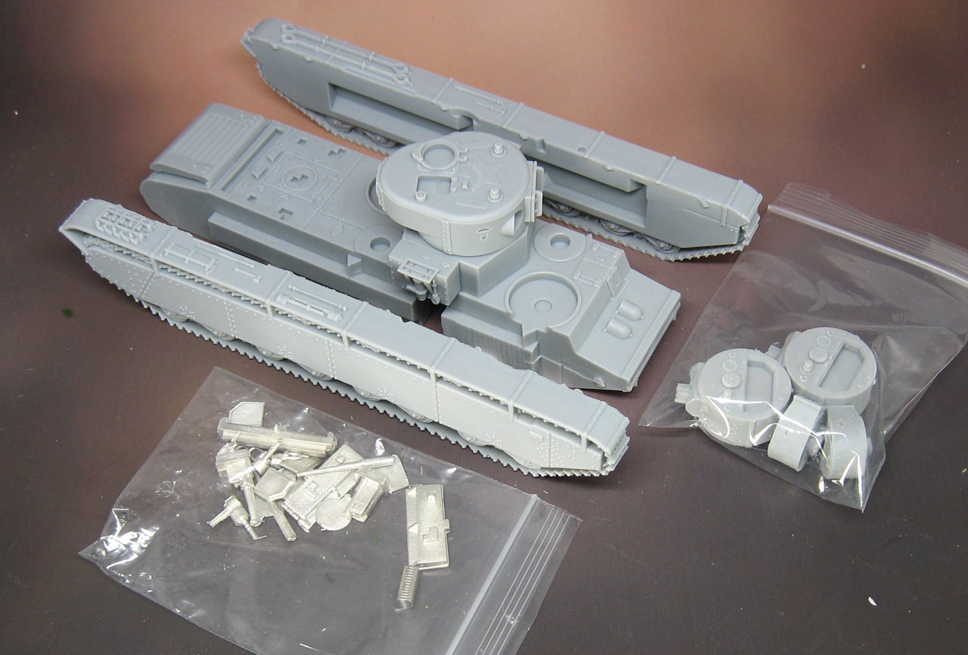 A closer look at the resin bits... 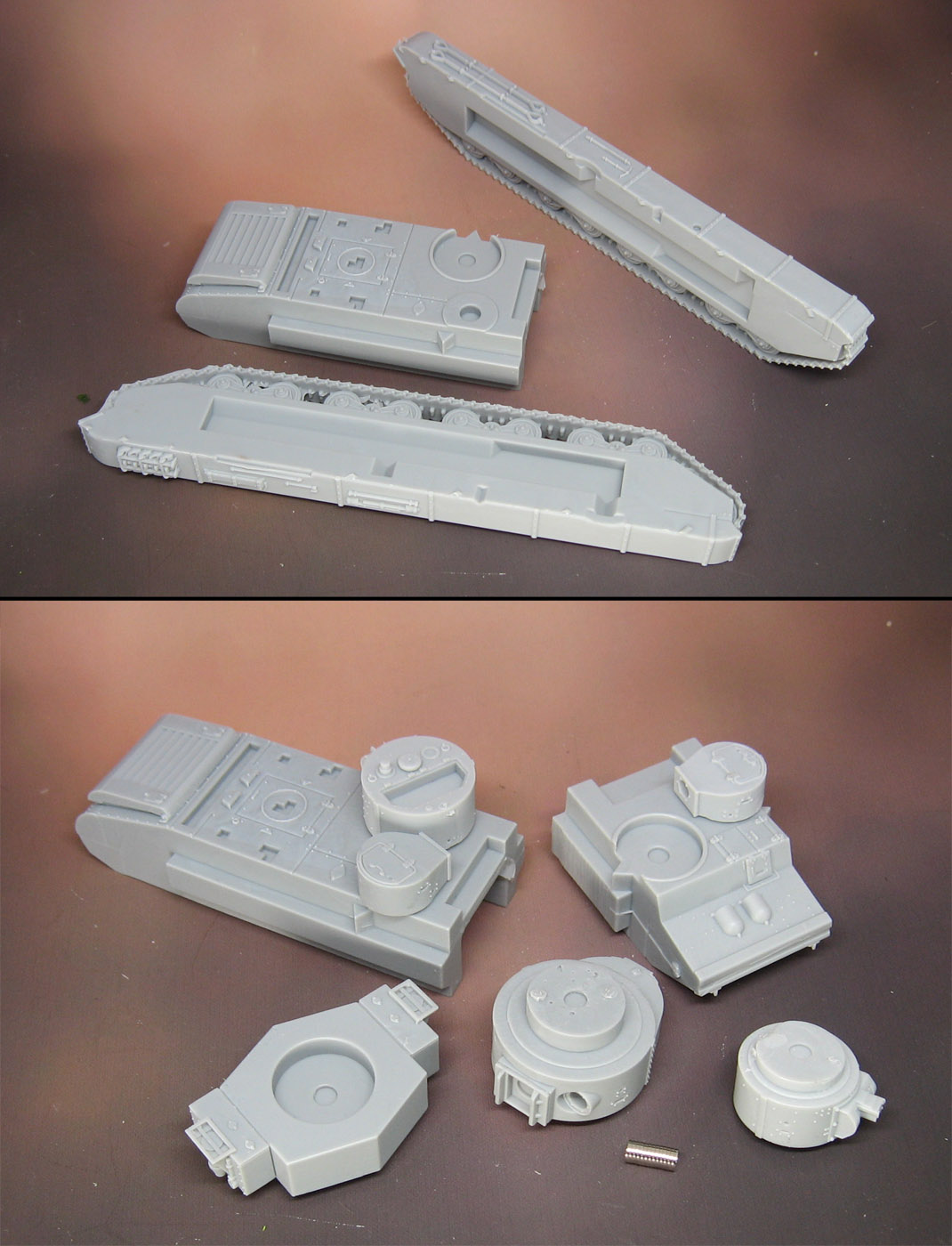 Now for the assembled tank!  You really get the sense of how giant this was.

I am still pondering a winter appearance for this T-35, since I have seen so many green versions so far.

Given all the vertical surfaces on the T-35, I thought that might be a great way to show some weathering, with streaked whitewash, rust, mud and even some icicles!

For those of you how might be wondering, this is 1/56 scale for Bolt Action.  A penny included for a size comparison.

As with all Trenchworx vehicles, the added luxury of magnetized turrets!  Not having loose turrets bouncing around inside my cases of painted miniatures is always a plus :-)  It even makes some of the final weathering and painting easier.

An added bonus is the magnetized main gun!  They think of everything!

Some final views of the vehicle prior to the priming phase.  That has since been completed, and I am hoping to paint this in one of my facebook live sessions soon! Stay tuned.