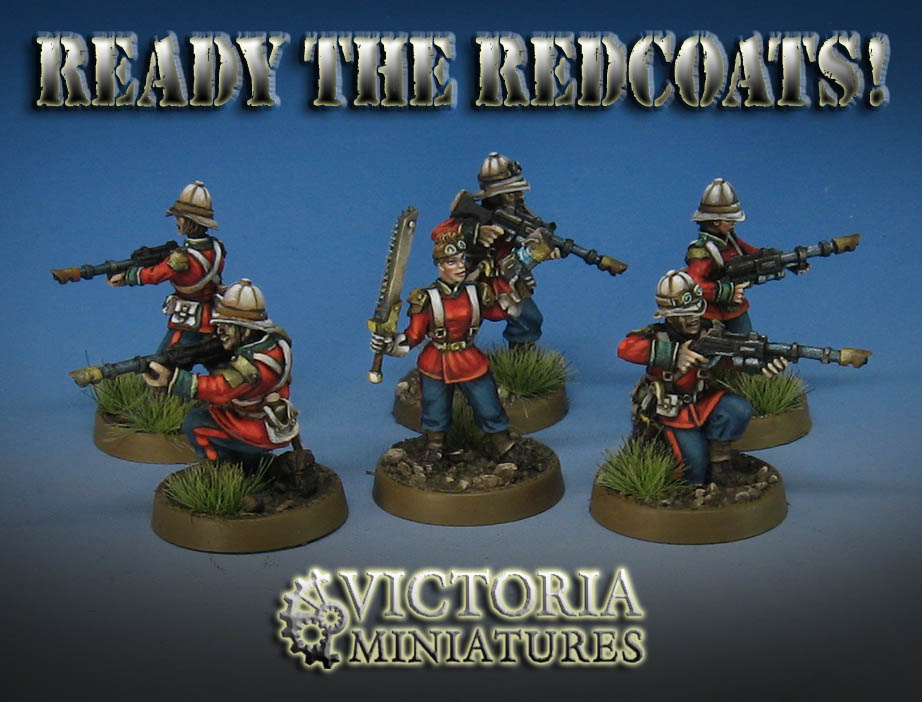 With all of the Army Painting videos that I have been posting to the Patreon Page, I thought it might be time to show an actual army painted with those same techniques!

This is just one of several that are being painted for Victoria Miniatures, which are amazing 40k Guardsmen, coming in a huge variety of factions. In this case, you have the Boer War type of uniform style.

These are the Victorian Guard, and as usual, there are Female and Male squads available. 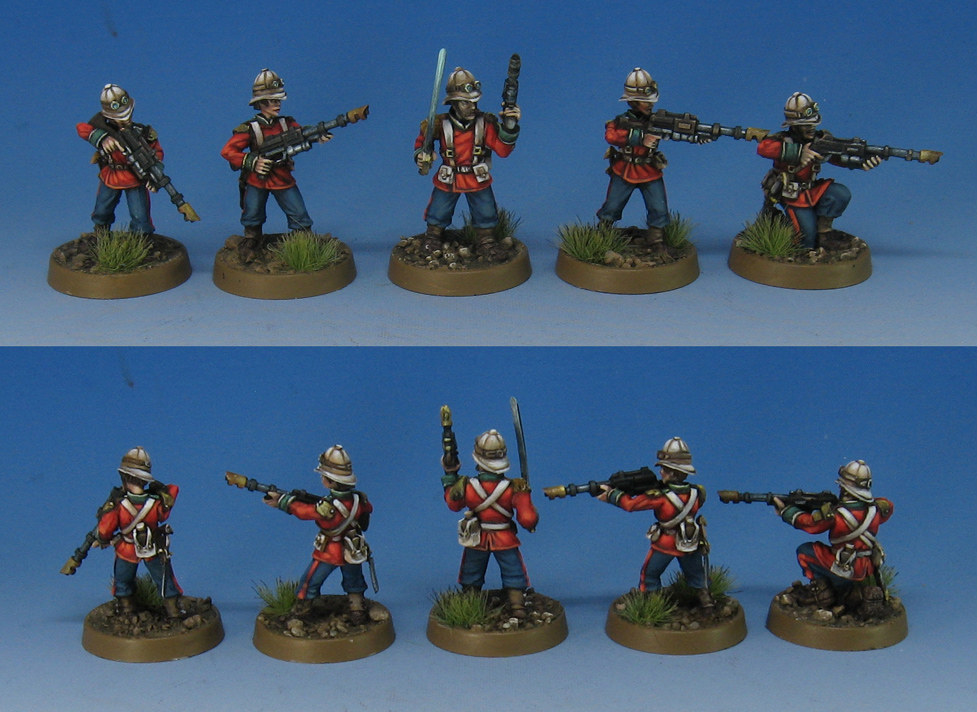 All together, there were about 40 miniatures in this force.  Lots of glazing was used to establish the shadow areas, utilizing the Reaper Clear and Liner paints. 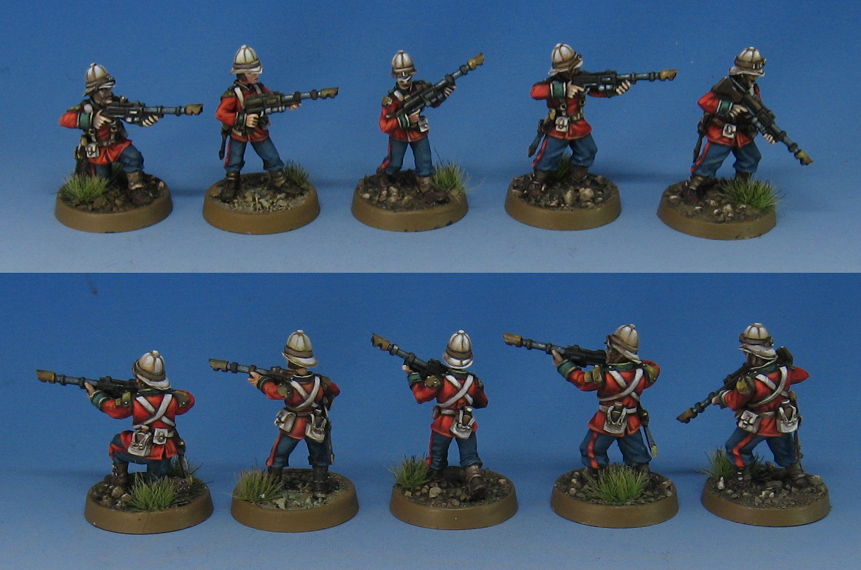 For instance, the red was created with a starting application of Clear red over a shaded primer base, and progressive amounts of Red Liner paints were added to the glazes that followed. 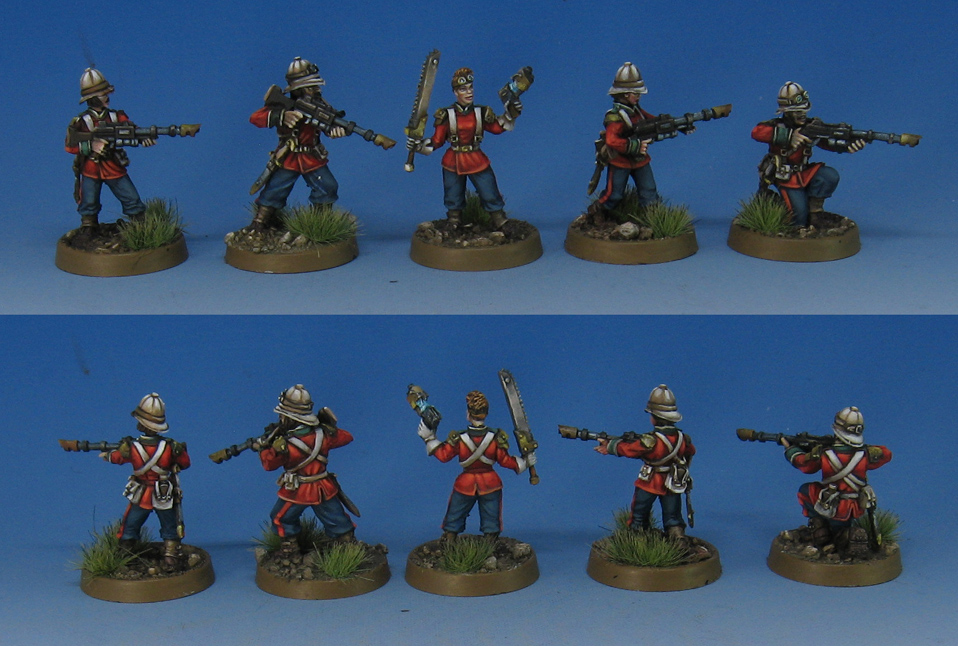 Something similar was done with Clear Blue and Blue liner for the pants, while Secret Weapon Weathering paints were used to areas such as the helmets, pouches and packs. 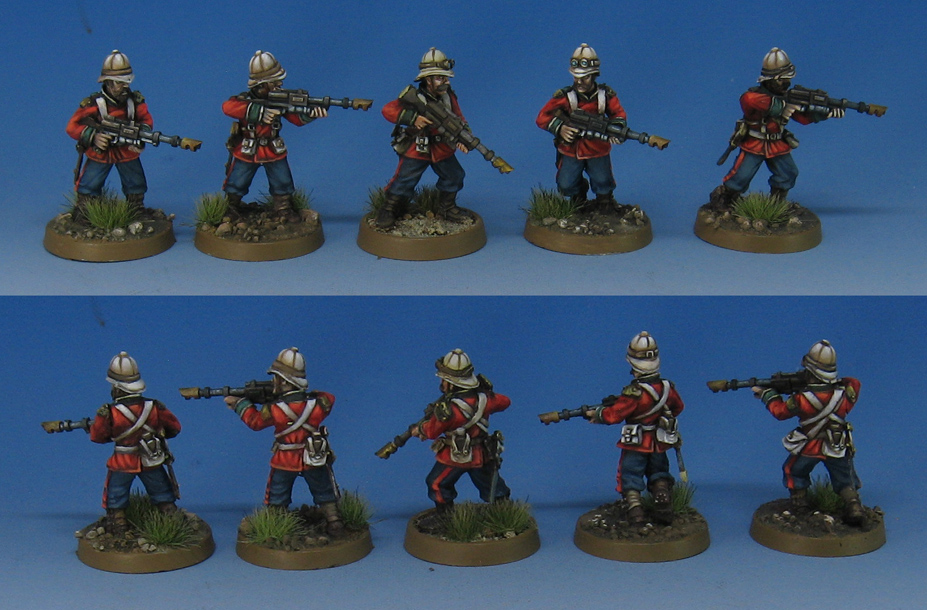 For the metals, I used the Metal Medium from Vallejo, mixed in with Blue liner and Brown liner.  As you have seen before, that type of mix creates a very dark blackened steel color.  By adding more of the Metal Medium, you can lighten those metal colors and get 'shading' without the need for washes and glazes (which tend to kill off your metallic effect!). 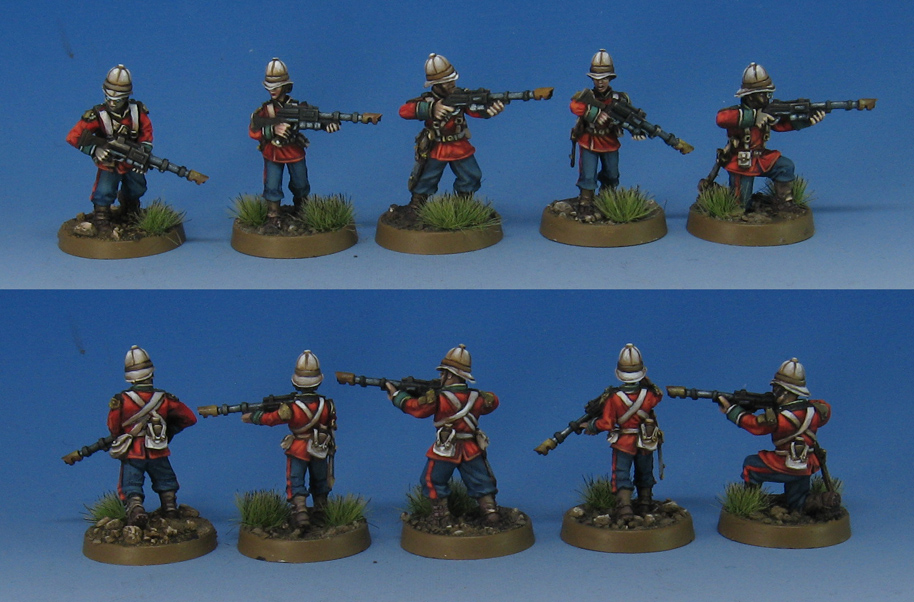 Even on areas such as sword blades, I was able to paint in a Non Metallic style, just adding some Metal Medium to those colors.  Since these had to match previously painted figures, metals were required.  I believe this is referred to as TMM these days :-) 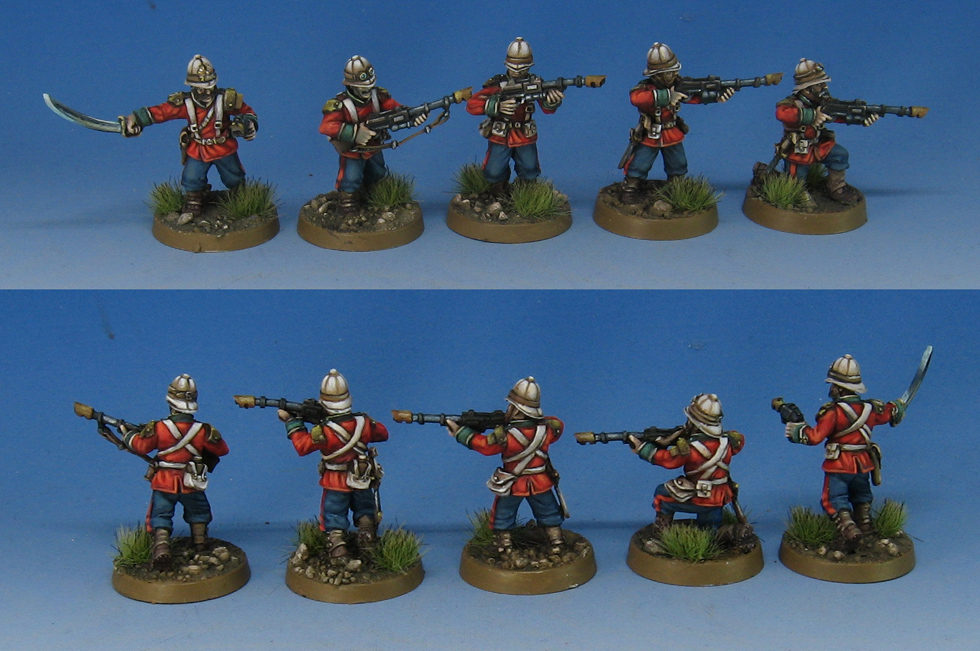 You can find these figures on the Victoria Miniatures site here: 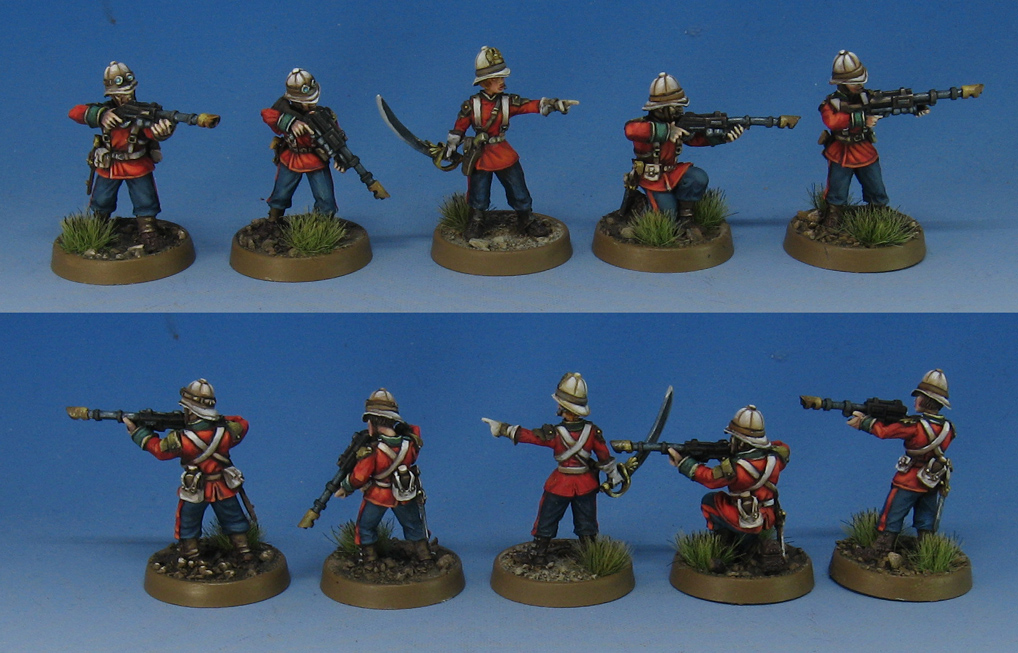 I have more of the Victoria Miniatures armies to paint, so I will be making some of them the topic of Army Painting tutorials too!!

You can find these army painting techniques on my Patreon Page: 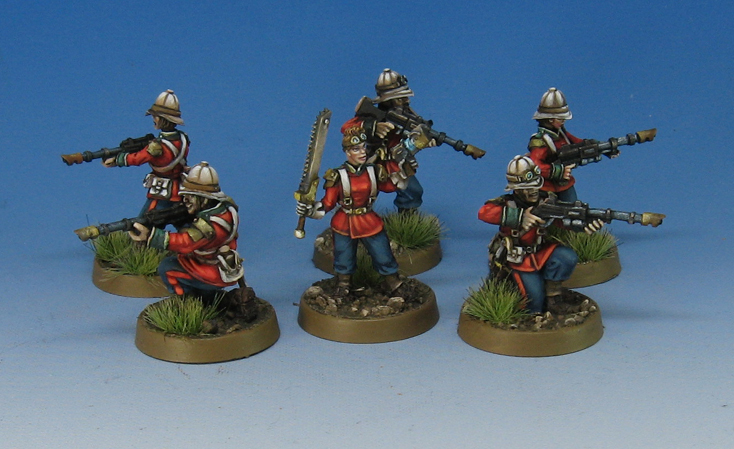