Cutting off the Retreat! 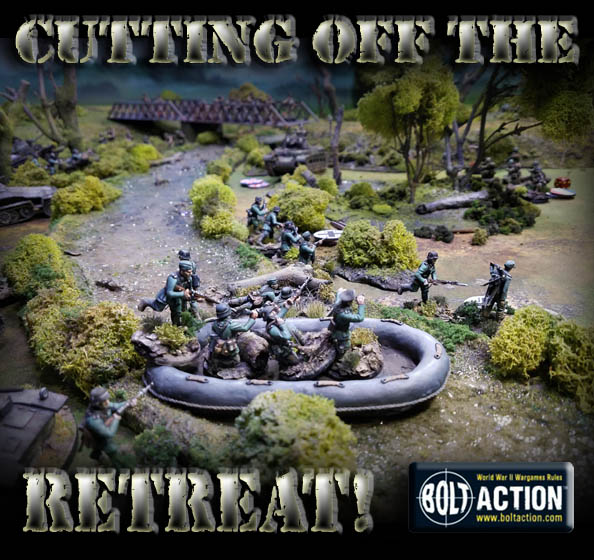 Among the many pieces of recording that I am editing at the moment is the newest Bolt Action Battle Report... The Bridge to Nouvion! 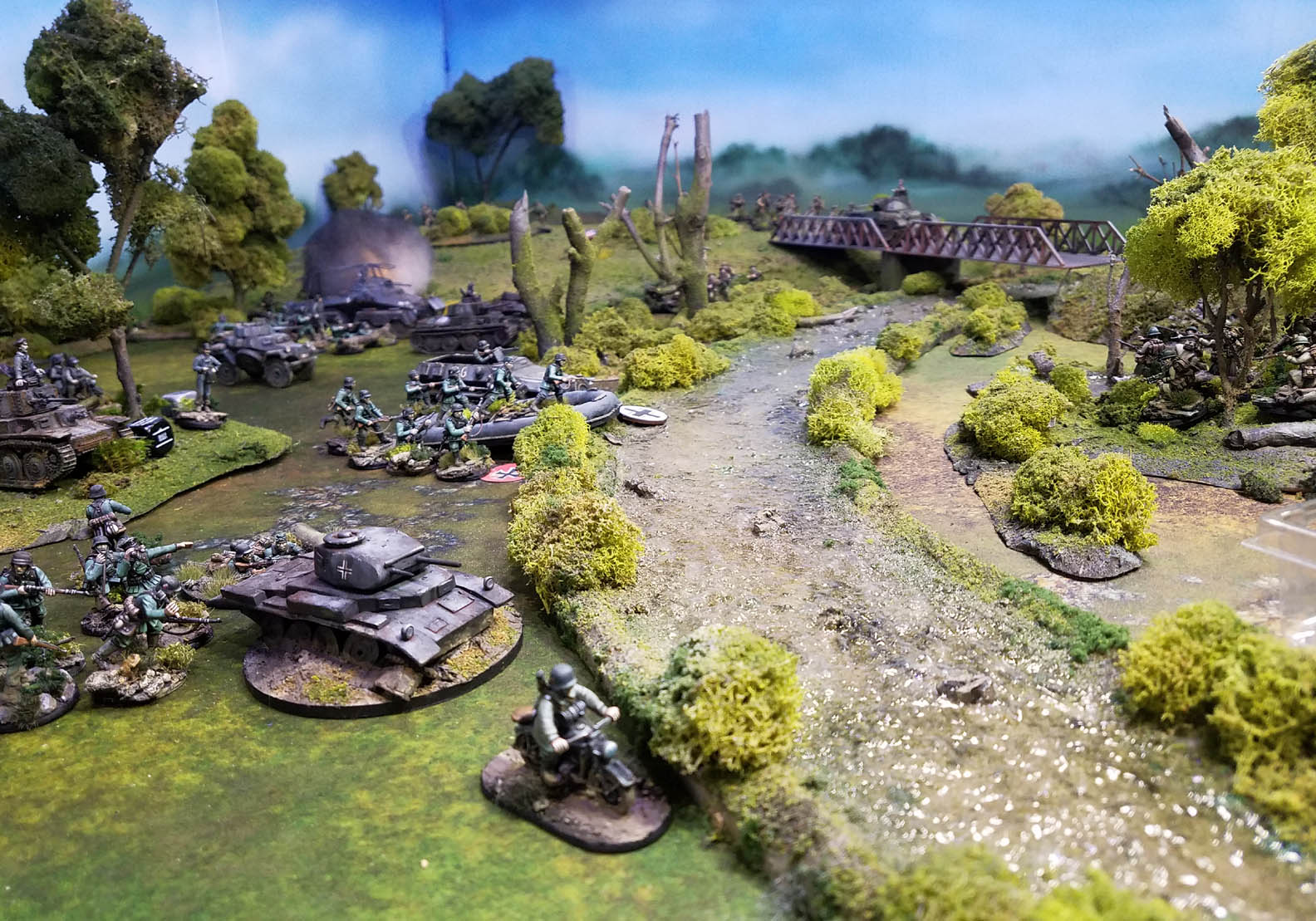 This will feature several new elements, not the least of which are the new terrain features that you saw in a recent tutorial series here: 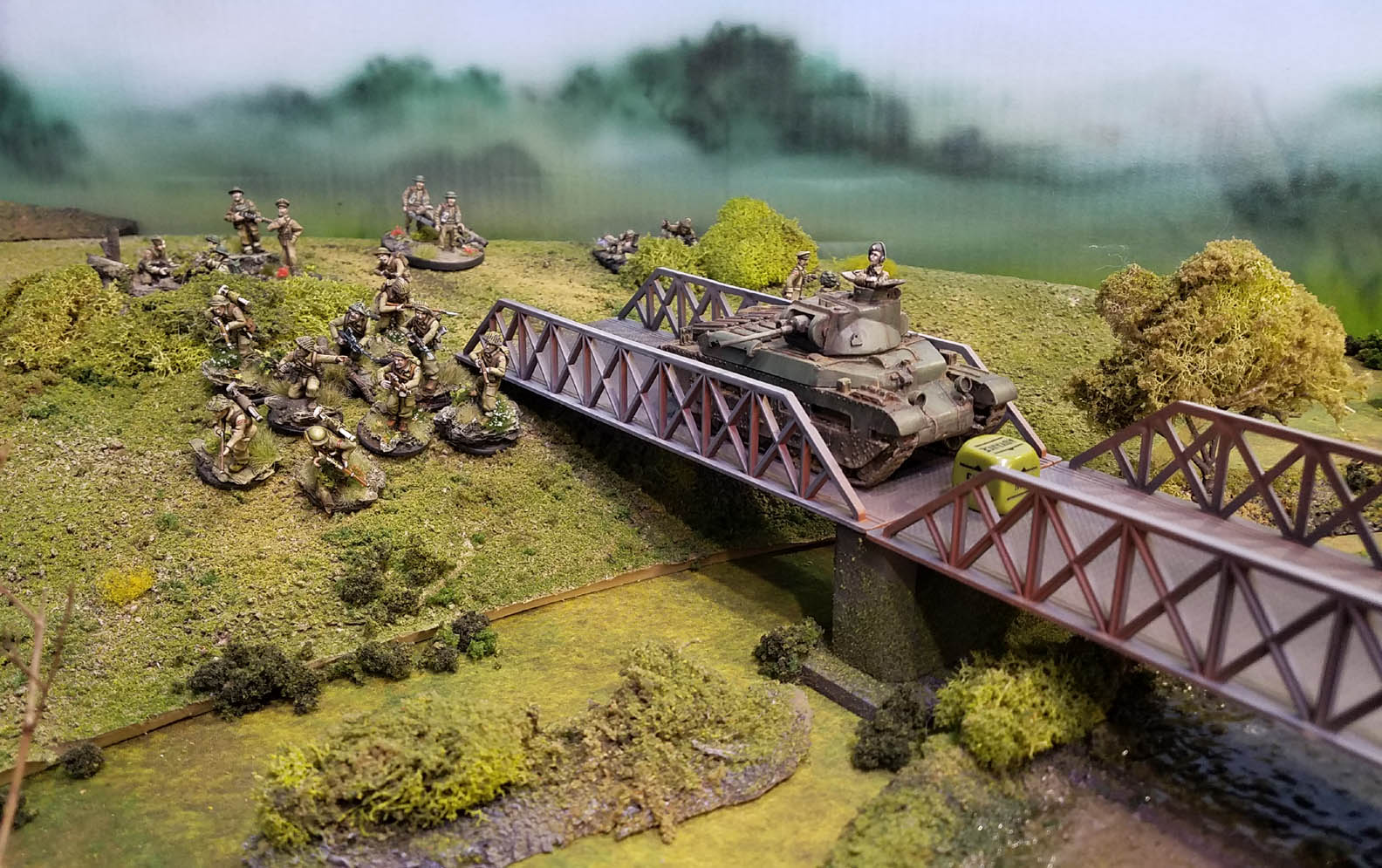 I also tried out a few new vehicles that were painted, the SDK 232 armored car and the new plastic 38T kit from Warlord.  I painted that in a you tube live session here: 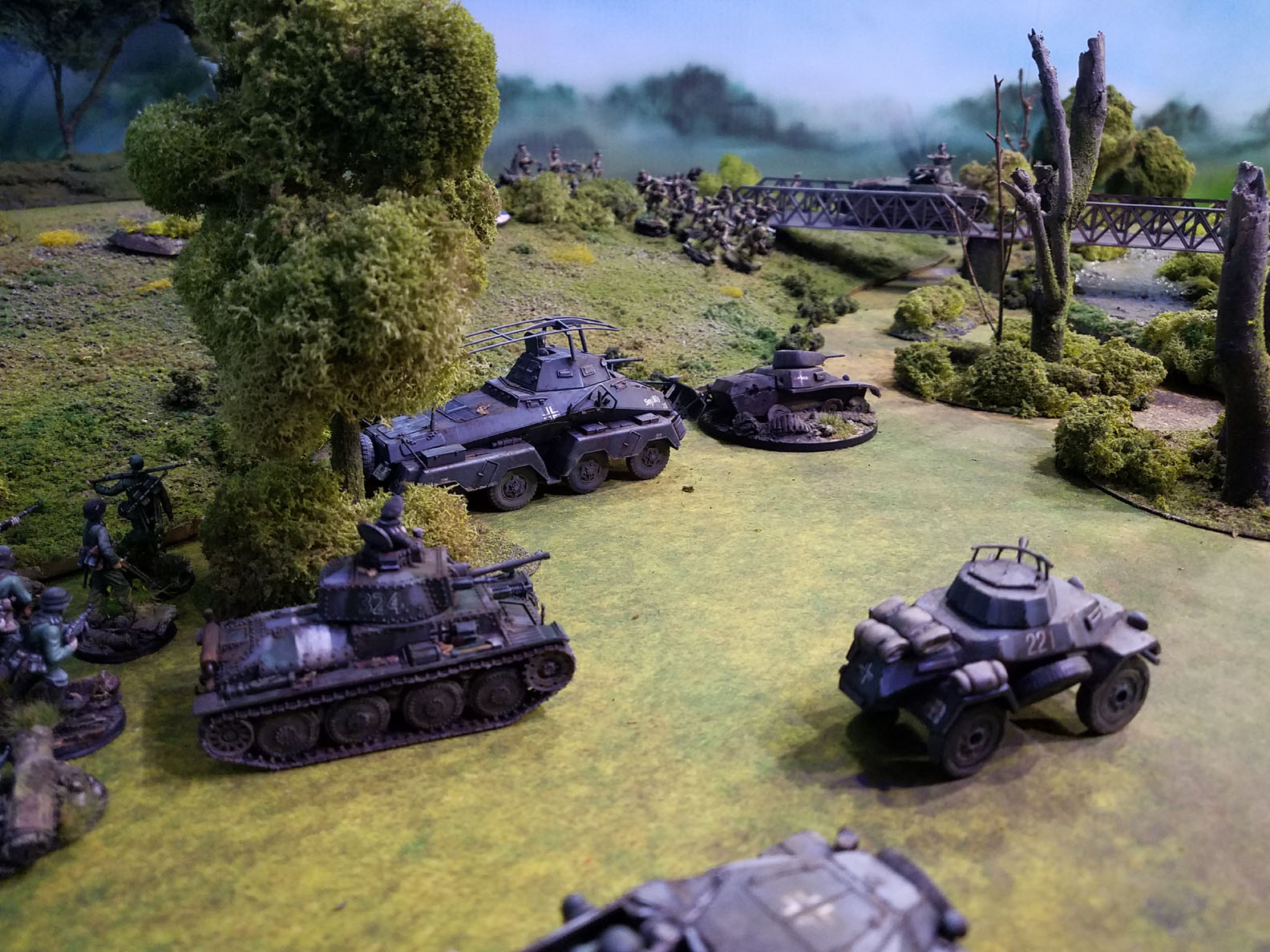 I sculpted a few rubber boats for the German forces to use in order to effect some river crossings.  You will be seeing these in future battle reports with much wider rivers. I wanted to give them a test first to see how I would have to arrange a rule set for them. 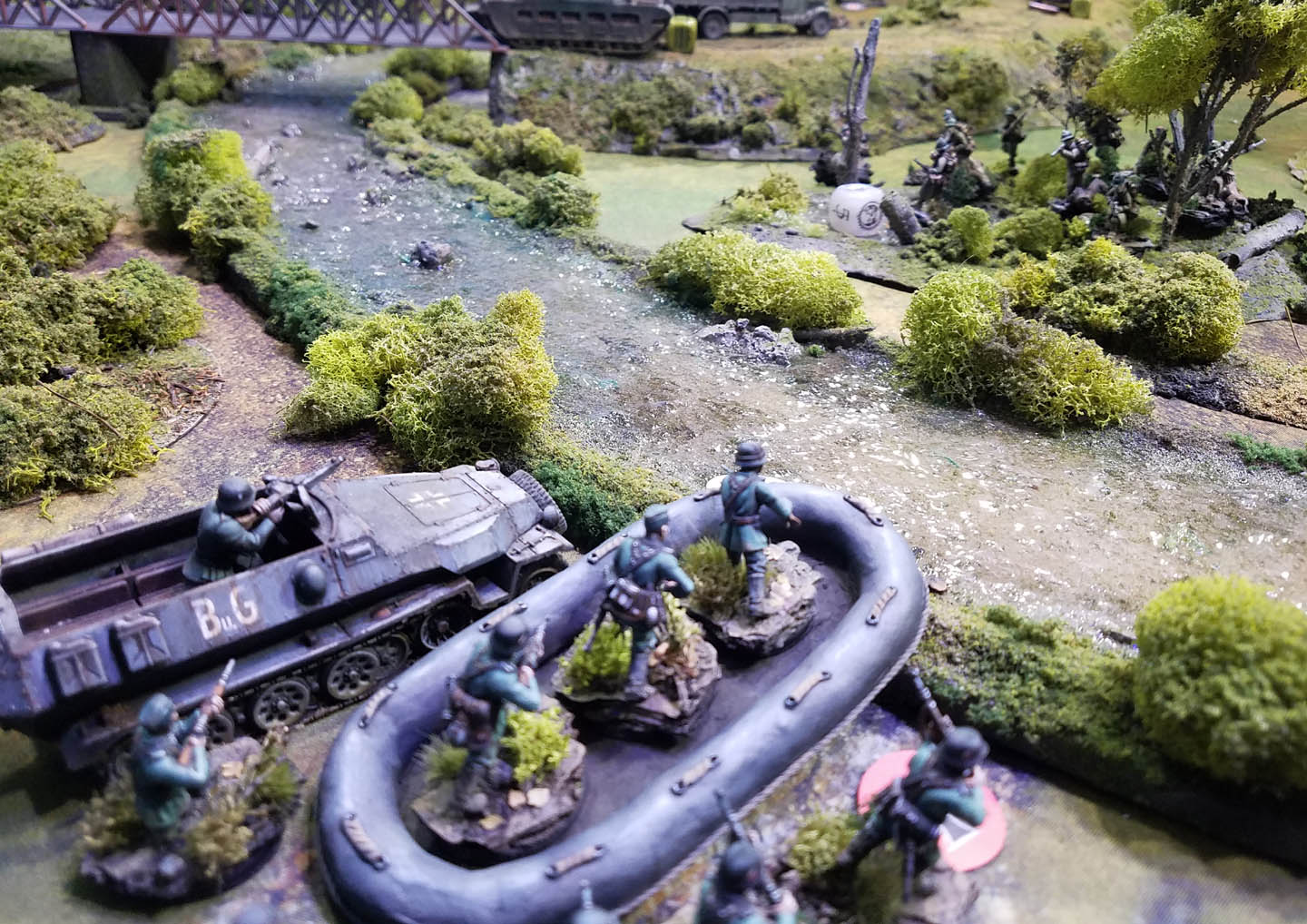 This battle had a lot of interwoven objectives on both sides, which is something I injected into the previous battle report, moving beyond just the basic scenarios.  The idea is to have mission goals for both sides that are so disparate that there is no way they can completely deny objectives to the other side.

In other words, you have to complete your own missions, as opposed to simply sitting back and preventing the other side from accomplishing theirs. 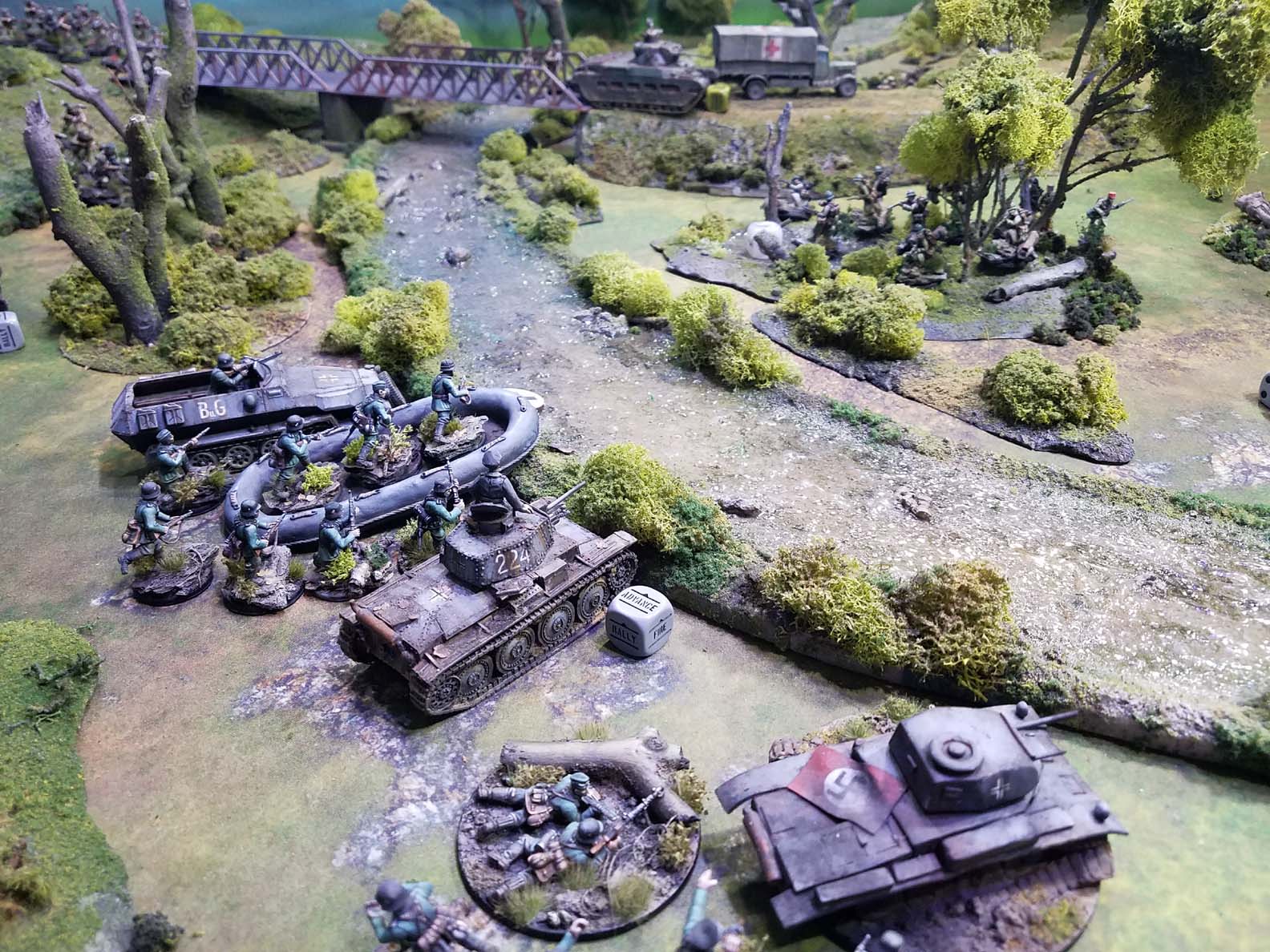 I was also trying to create a very chaotic battlefield in order to simulate the start of the Allied withdrawal from the northeast front.  The notion that the German forces are advancing from all sides, and about to cut off the retreat permanently before it can even get started! 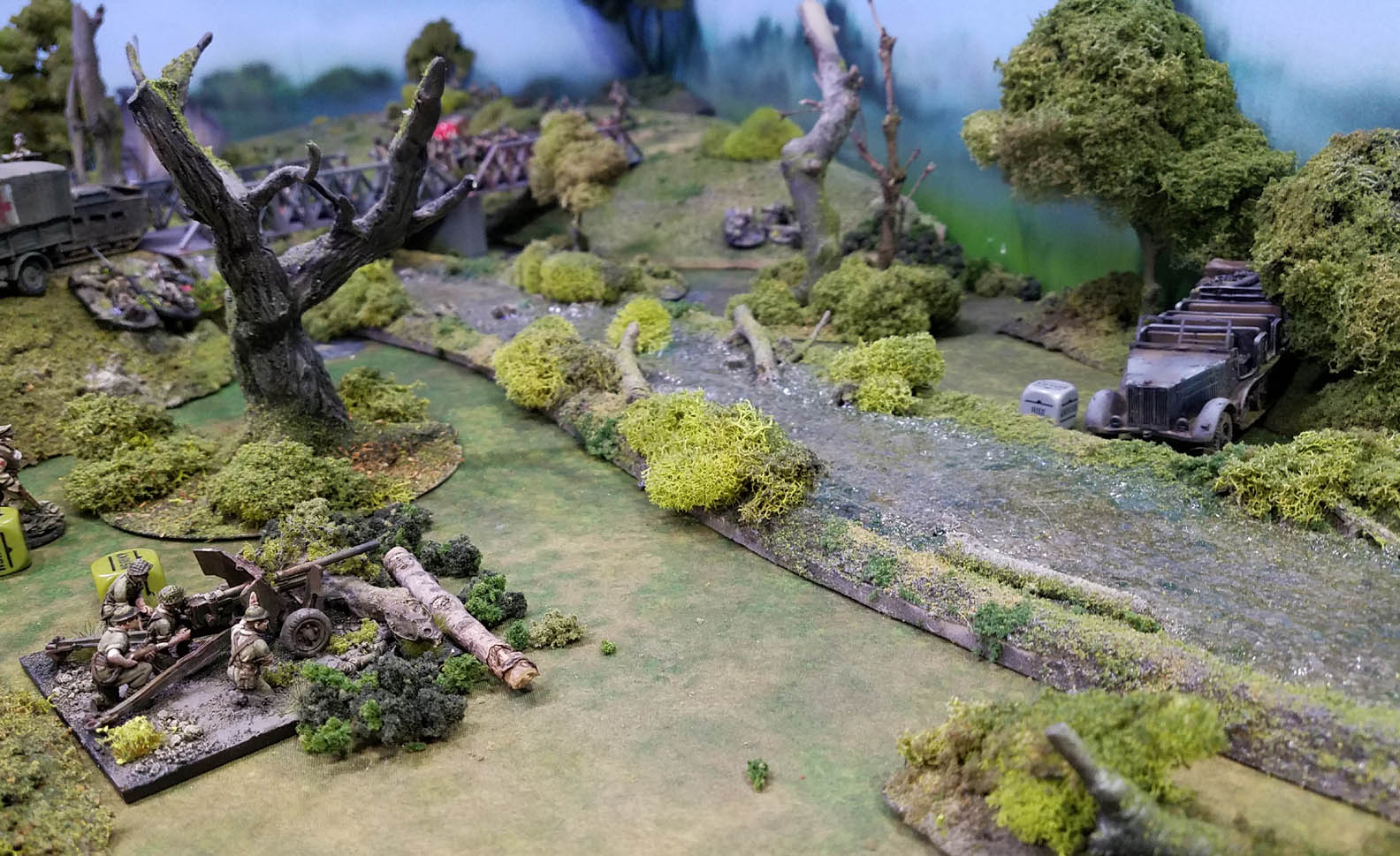 The skies are not friendly over northern Europe either!  Who knows what kind of effect a strafing and bombing run might have on the Allied columns...

Results of this action will also be carried into the following report, and I am working very hard on that terrain.  You got a peek at some of it in the last battle report, Blood at Arras (already on YouTube here:) 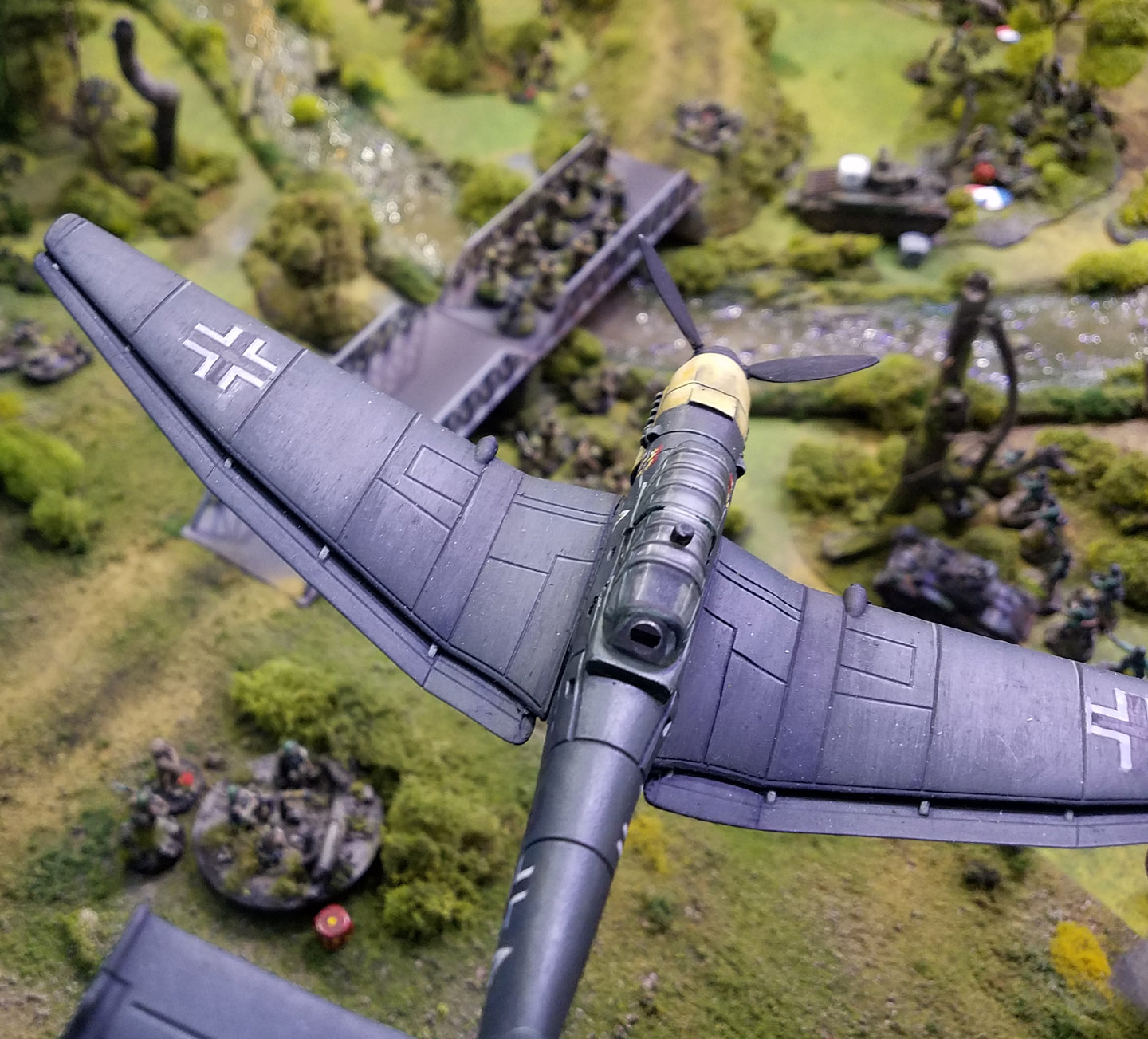 Posted by wappellious at 1:07 PM 2 comments: