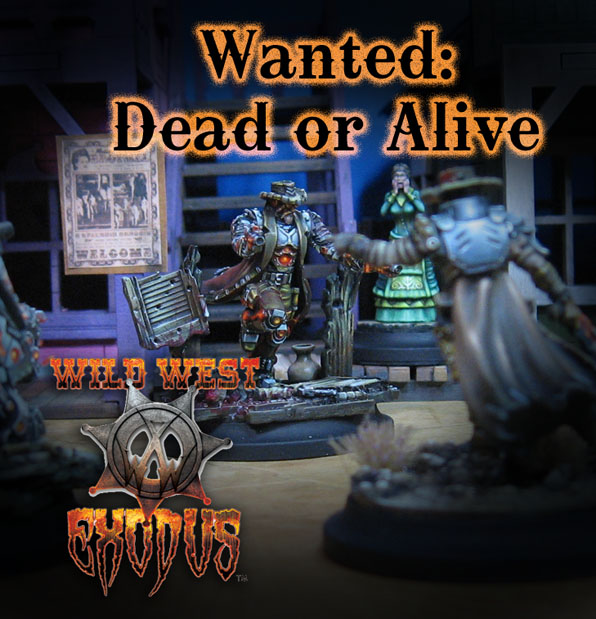 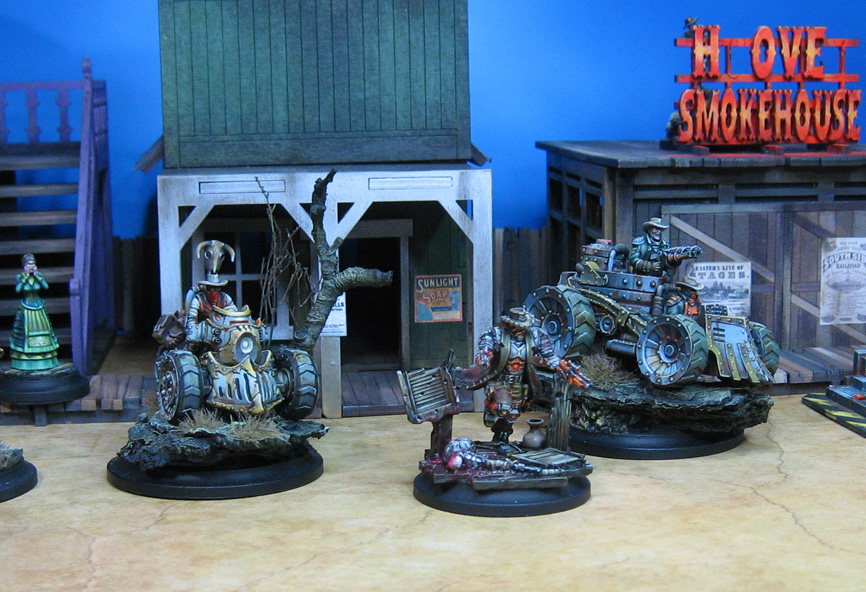 But just when he thought the coast was clear, the clanking sounds of machinery could be heard coming from behind Le Flamant Rose... 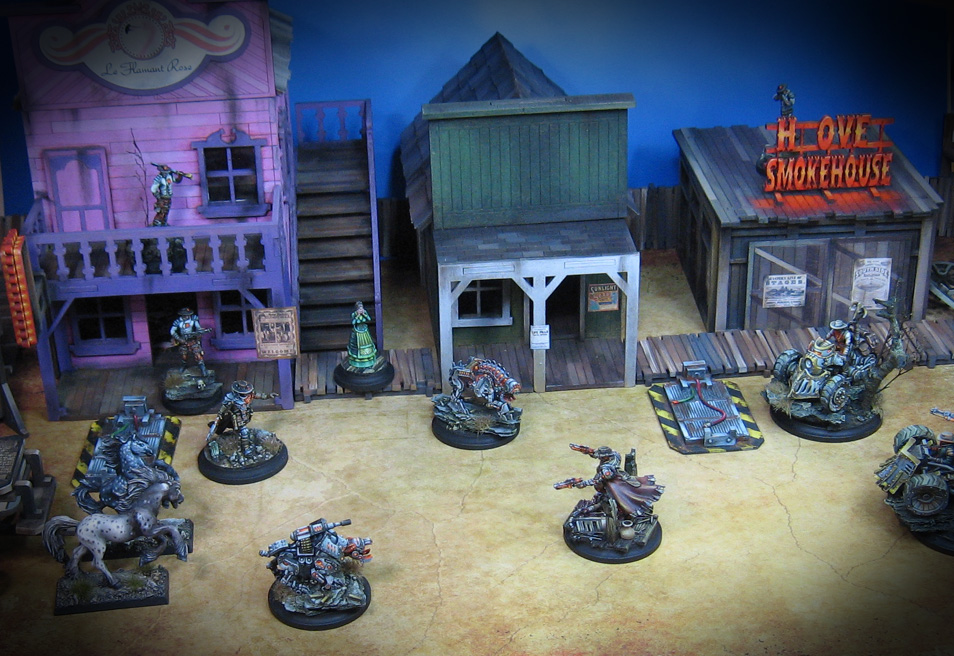 Two mechanical beasts emerged from the shadows, which could mean only one thing! 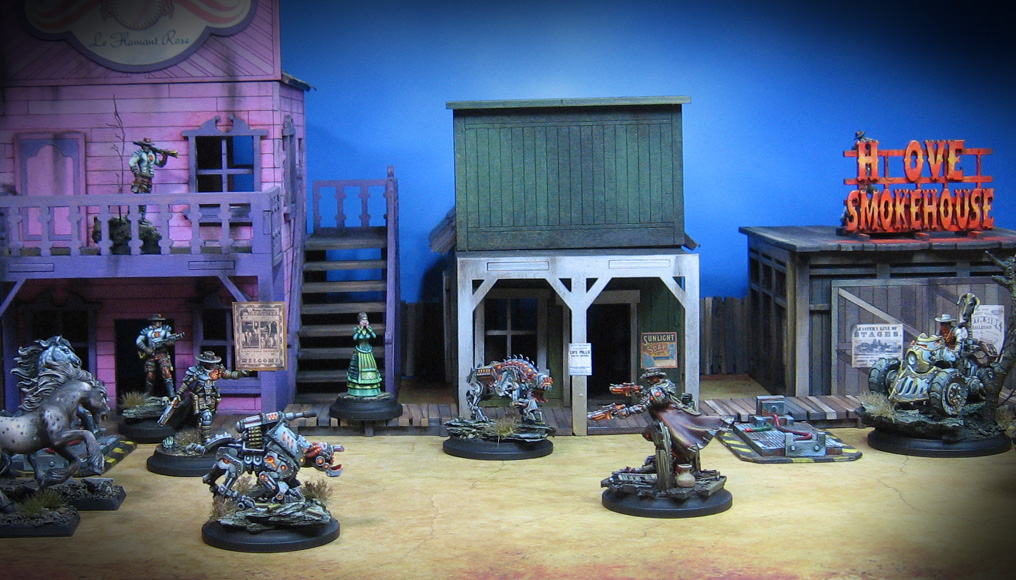 That Wyatt Earp, a Legend himself, would appear.  Sure enough, a cloaked figure strode out from the ground floor of the Saloon. 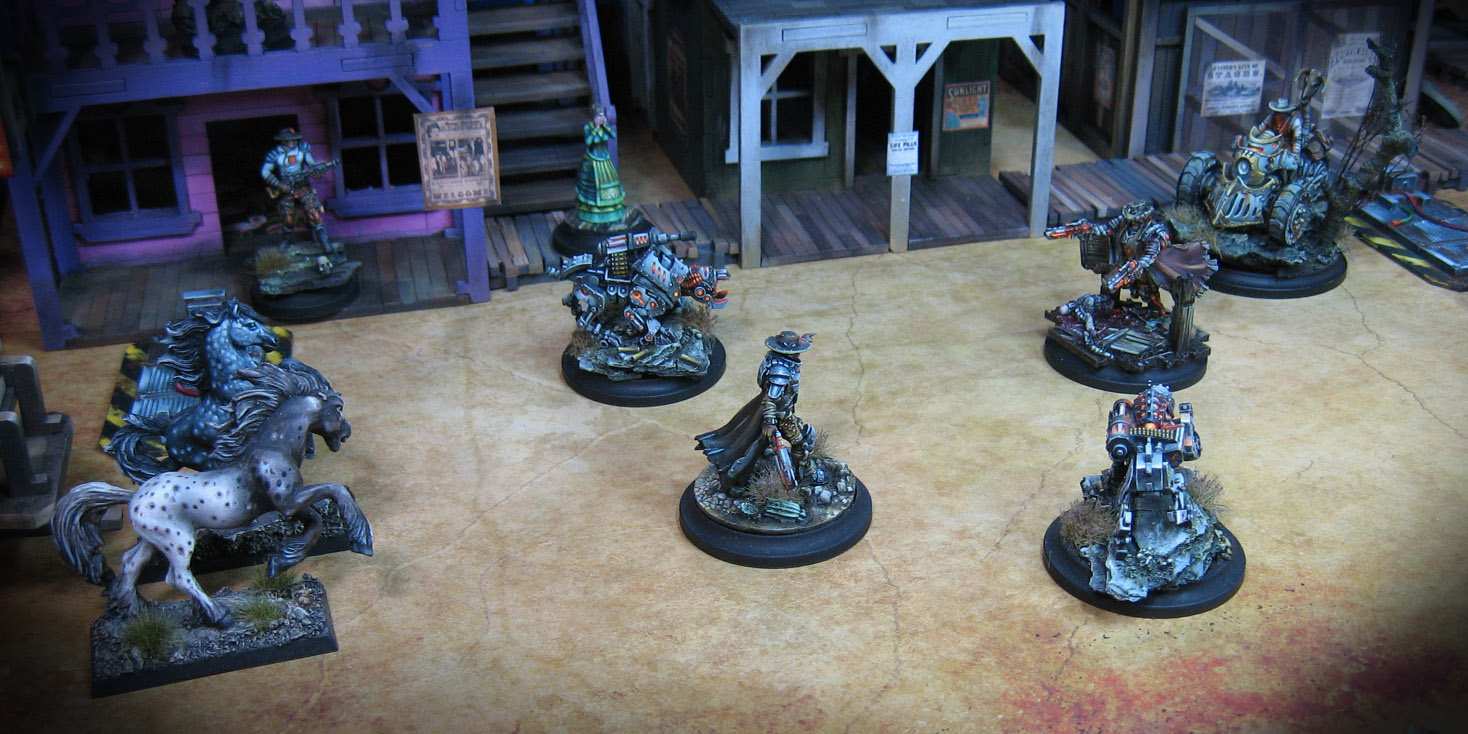 Right away, the challenge to Jesse was issued. 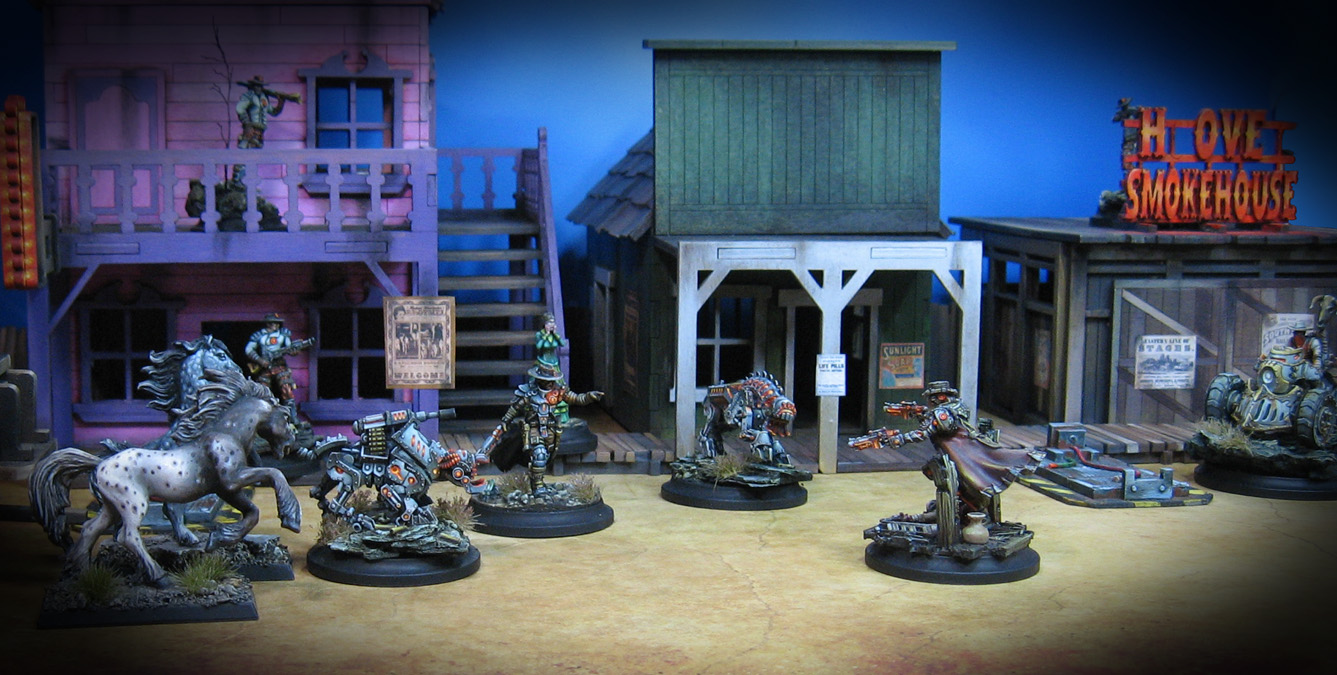 Jesse attempted to grab a nearby civilian, thinking that she could be used as a human shield. 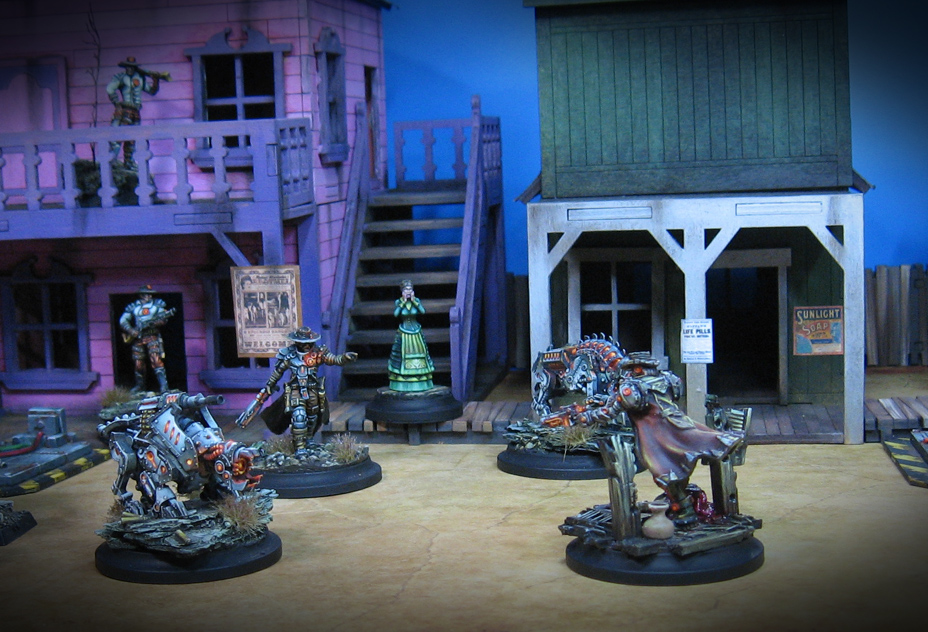 However, he quickly realized that the Lawmen had lost the trust of the citizens of Wappelville long ago... as evidenced by the burned out buildings newly rebuilt shops all around town!

No human shield would stop Wyatt from his ultimate goal. 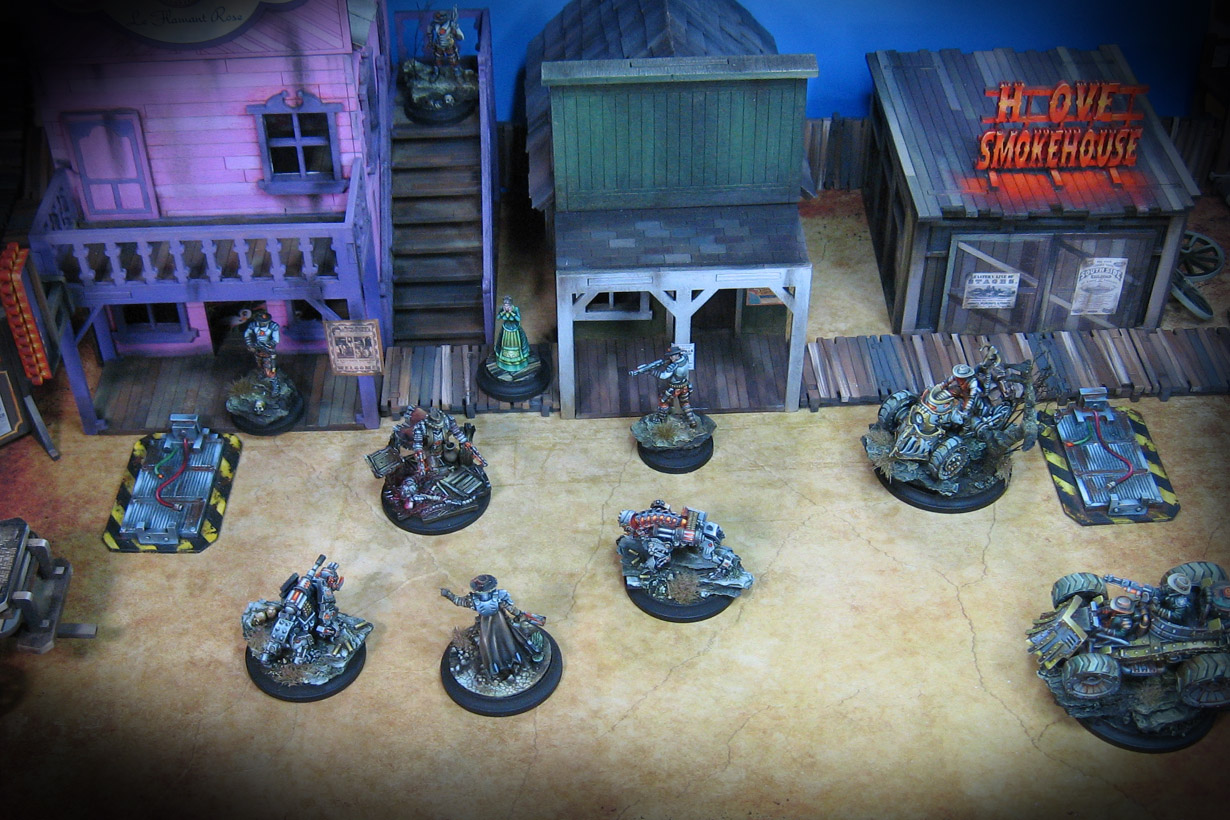 It didn't take long before Jesse found himself surrounded by Lawmen.., 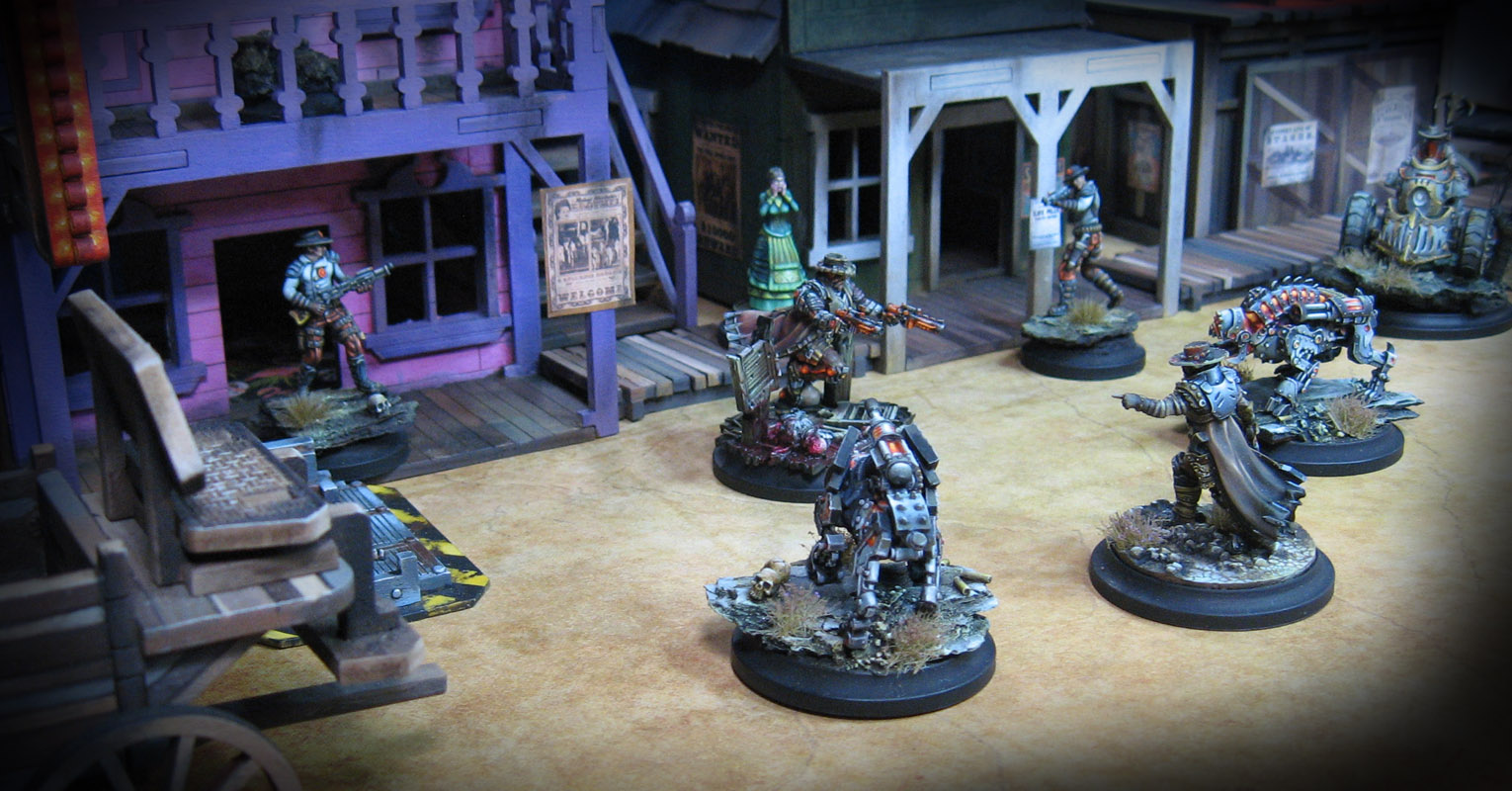 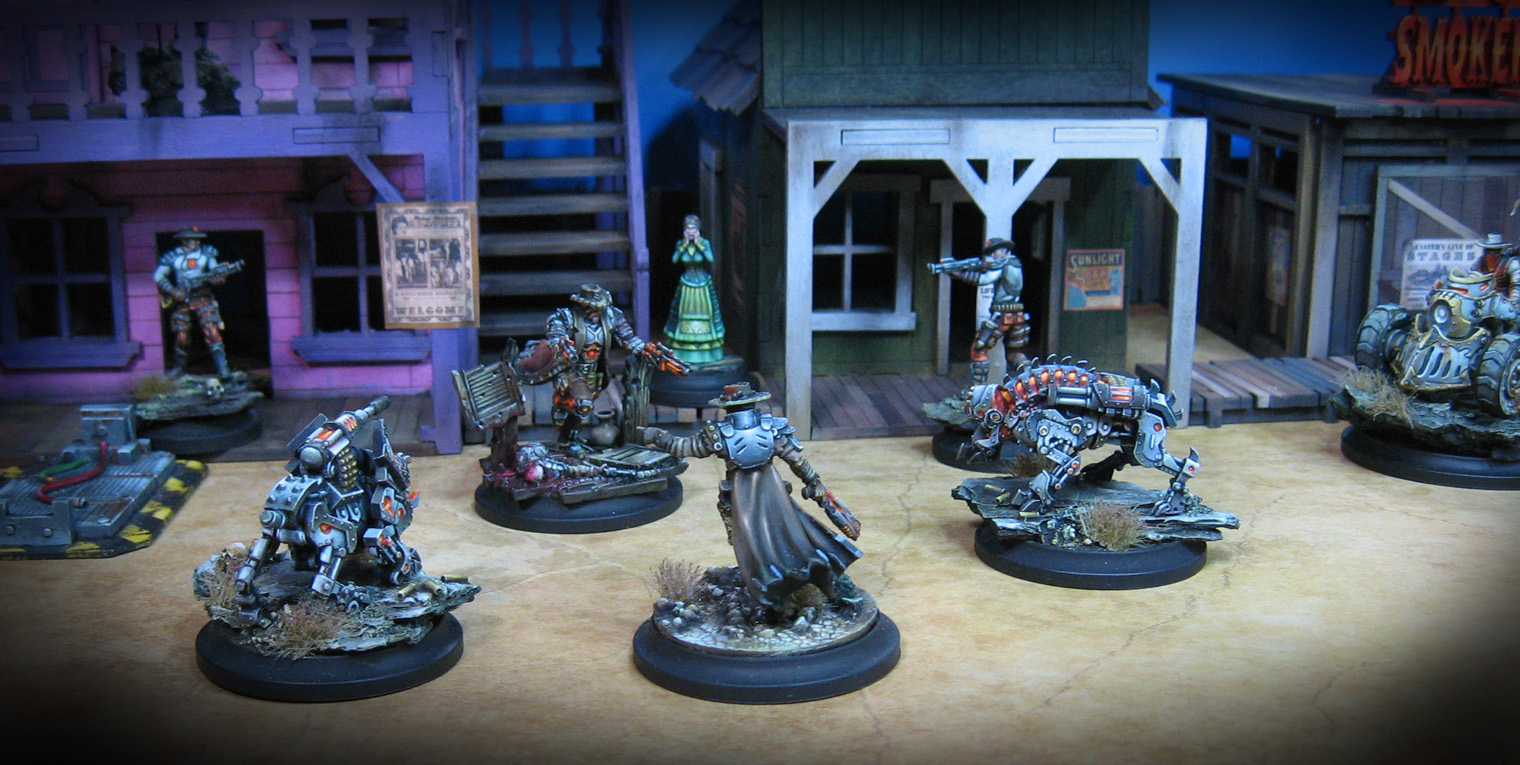 But Jesse did not come alone.  From out of nowhere, a Dustcuter and Blackjack sped down the street, spewing out lead along the way. 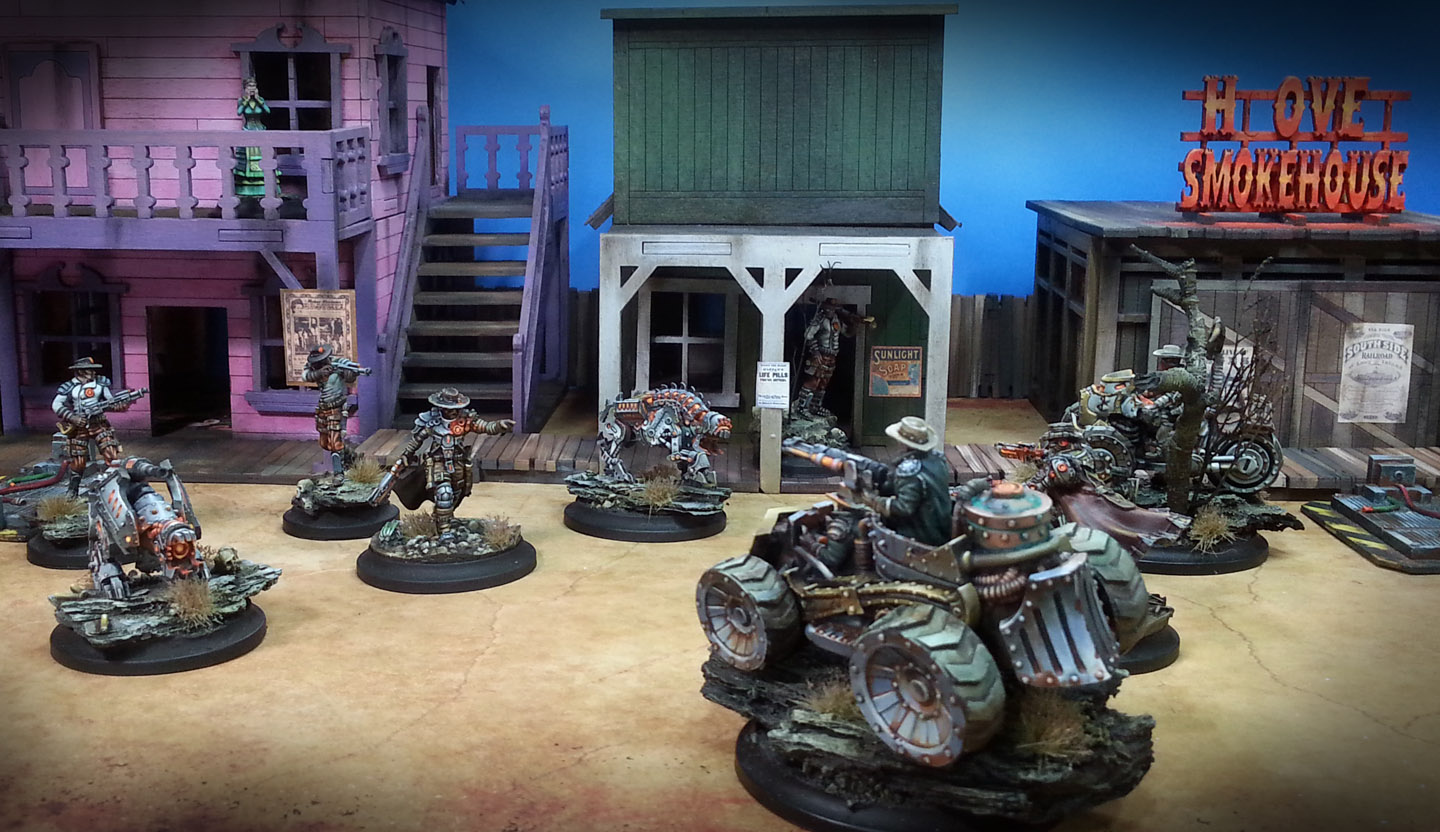 Could this turn the tables for Jesse? 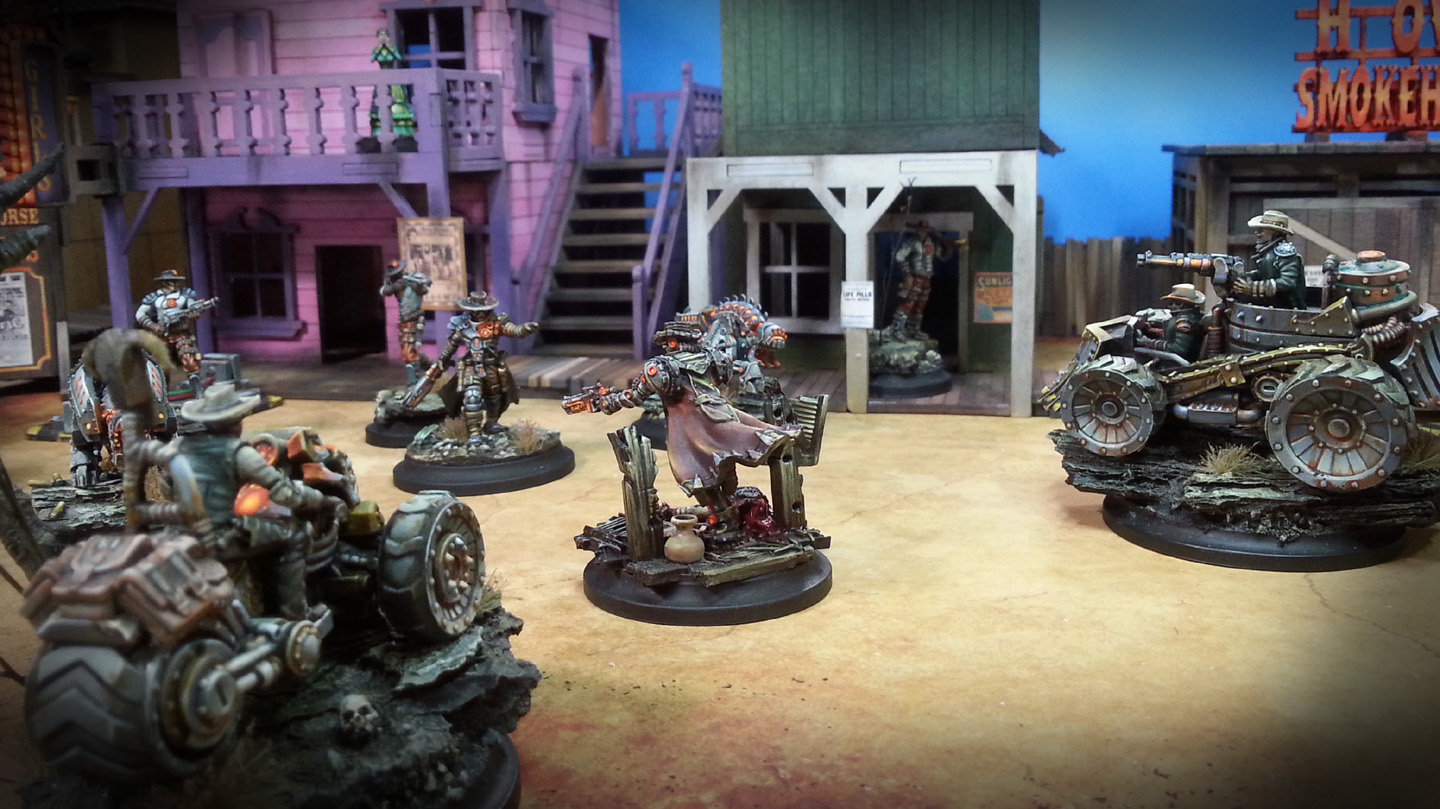 We shall see, in this ultimate challenge of Wild West Exodus Legends! 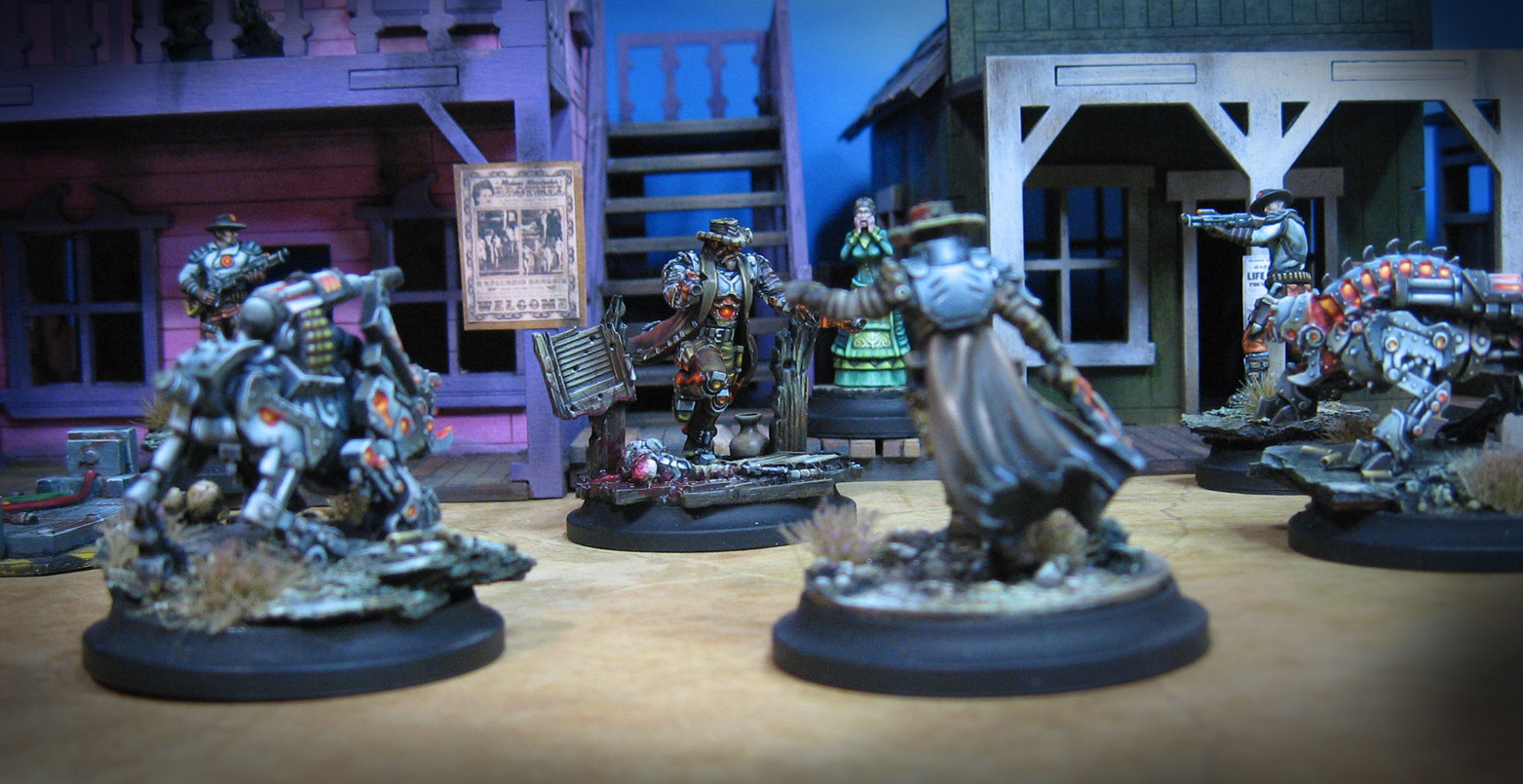 Turning on a Dime 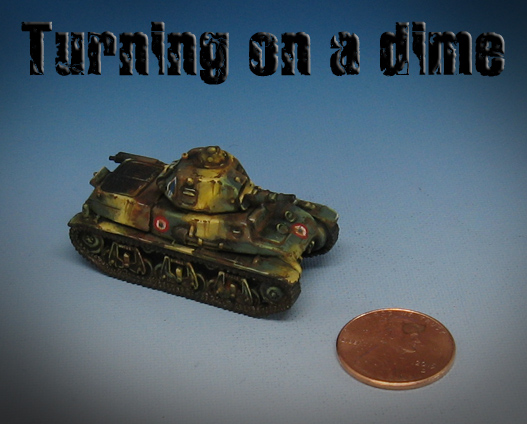 The tiny tanks get even tinier with the Hotchkiss H-35

While I was surprised at how small the Soumas were, this little guy is truly a 'light' tank.

This was a very common color scheme which I found... 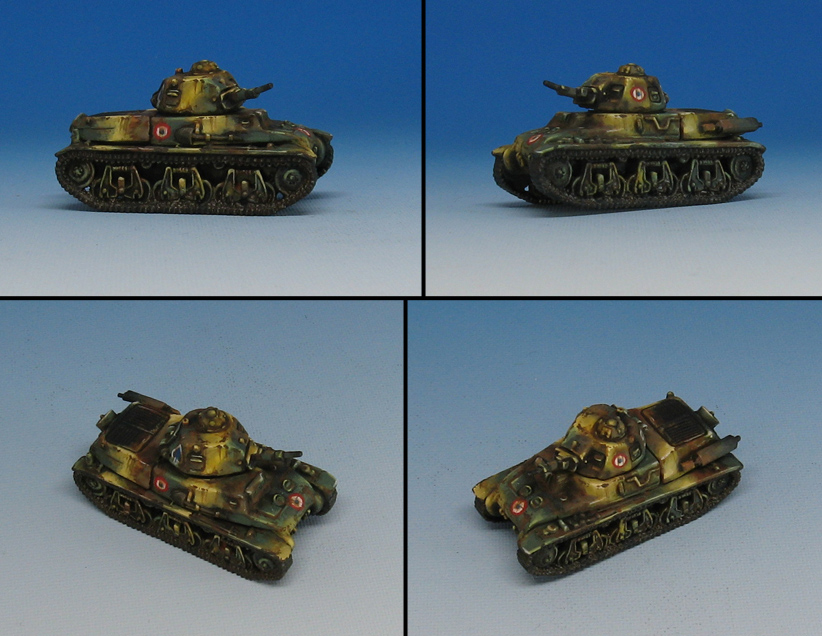 To show that size comparison, here are some shots with the Soumas. 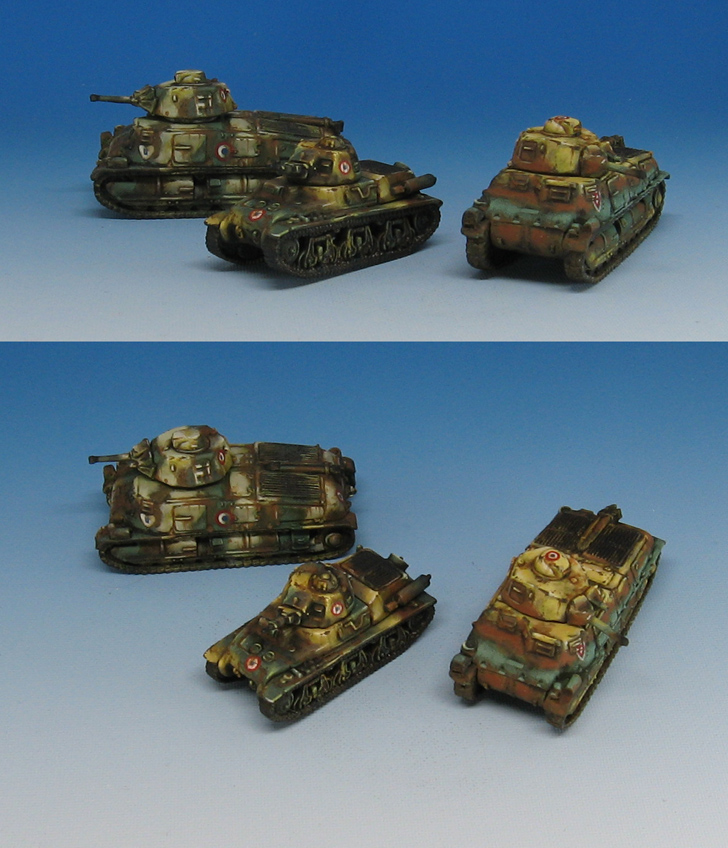 I will continue to test out a few other camo patterns on the future vehicles, so stay tuned! 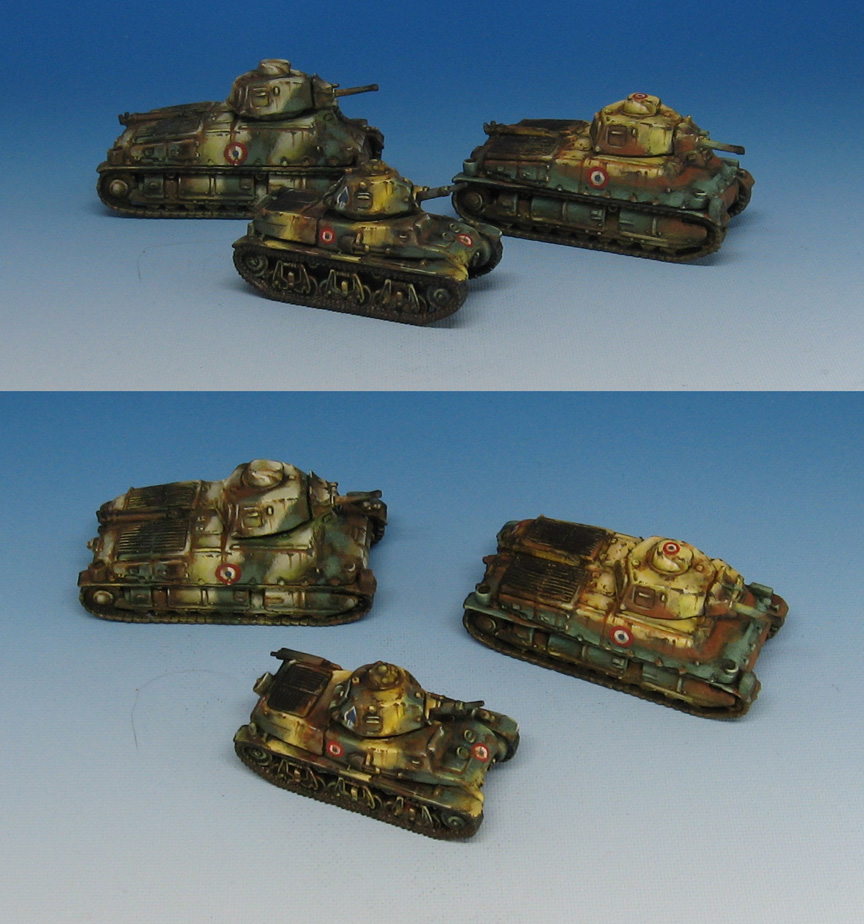 Posted by wappellious at 2:55 AM 2 comments: