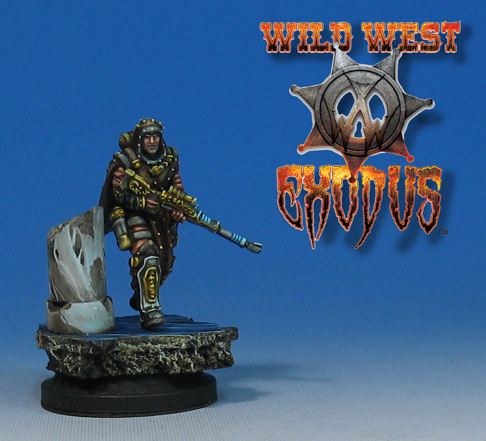 Day one is complete!!!!  It was a nice average day... seven to seven.
Lots of folks came by the booth, which was great!  Each time I asked what the time was, it was way later than I expected.  I had a blast seeing friends, fellow Wappellians, and fellow Weird West fans!

I had a lot of fun talking about the finer points of the game, army building, and more.  Seeing all my painted figures spread across the table was rather shocking!  I didn't realize just how extensive that had become.

Of course, there was also the opportunity to show off the freshly painted Holy Order of Man posse!  Yay!  Now I just gotta play some games with these guys! 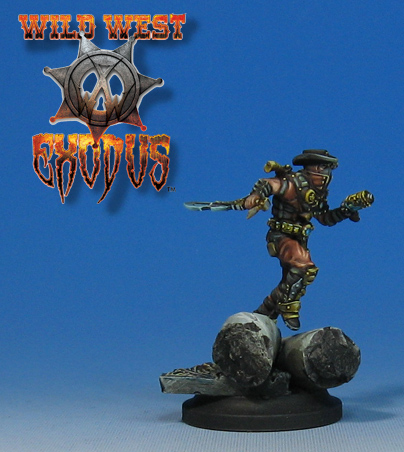 Well, the Spica are not exactly fast, but one of the 'buffing' characters can give them an extra action point to spend on shooting.  This can be very helpful!

They also will be getting some serious movement potential when the Portal character is released.  She will allow these guys to zip around the board right quick.

Posted by wappellious at 5:18 AM No comments: