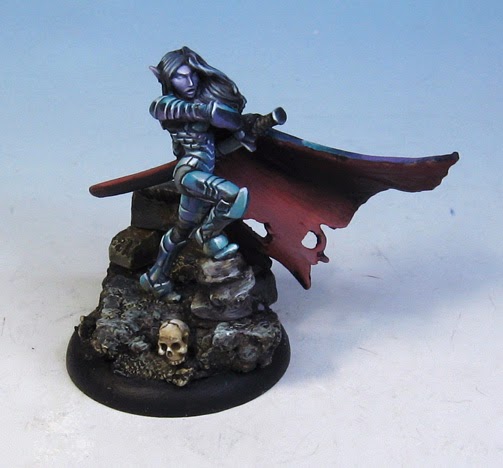 Here's something that I had painted many years ago for CoolMiniorNot.  You can still see the images in the CMON store.  This is called Lillian Grace, Eternal Warrior.  It was a limited edition figure.

I happened to have one more, but it had gone unpainted all that time... even though it was app prepped and ready to go!  I had a base that was made for one of the kickstarter videos that was perfect.

I was originally going to do a more muted, conservative approach, but I had a hankering to try something way more fun.  So, I did some nebula work on the cloak, and made some shiny armor!!

This was originally sculpted by Werner Klocke.  I always liked the way he sculpted hair, and poses such as this.  I had a blast painting the armor.  I tried to carry the colors of the cloak in the armor.  It was not so much "Sky-Earth NMM" as it was an attempt to have some kind of living metal color... something more like magical armor.

Posted by wappellious at 2:10 PM 4 comments:

The way to really fly 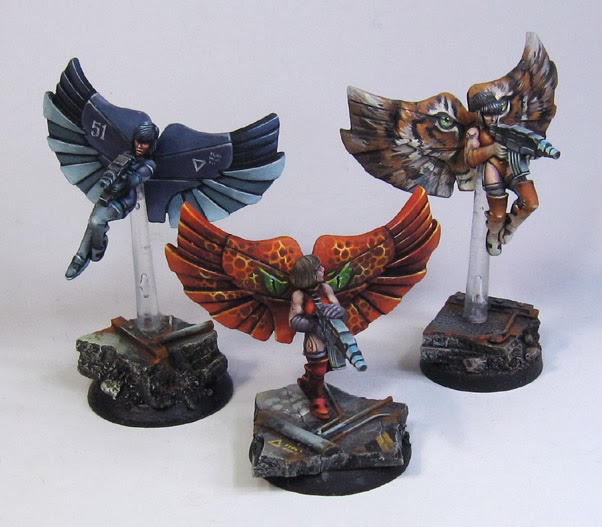 Some of you will probably recognize these ladies!  Two of them were used as subjects for painting videos. 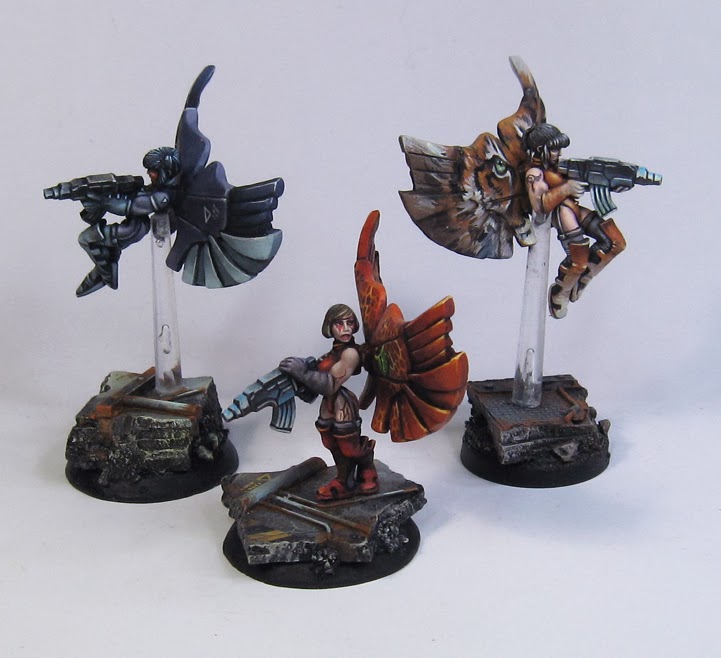 The figure on the right with the Tiger eyes on the wings was a test figure for the freehand video.  I thought it would make a good subject, since I could put freehand on the base, the wings, the arms,etc. 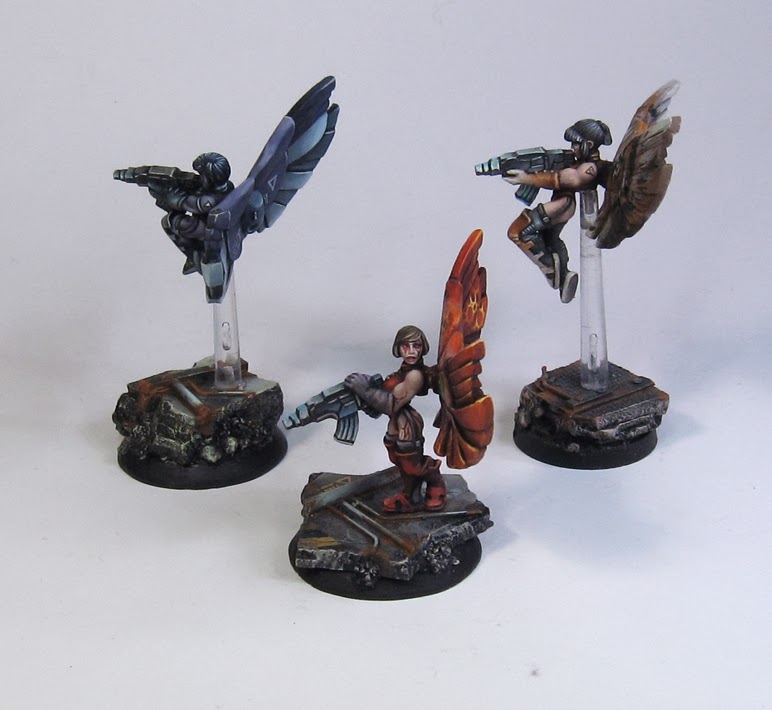 The one on the left was used for the Shades of Grey video.  Again, there were many types of surfaces that would allow for the placing of various gray tones everywhere.  The idea was to show how you could do a lot more with 'simple' gray. 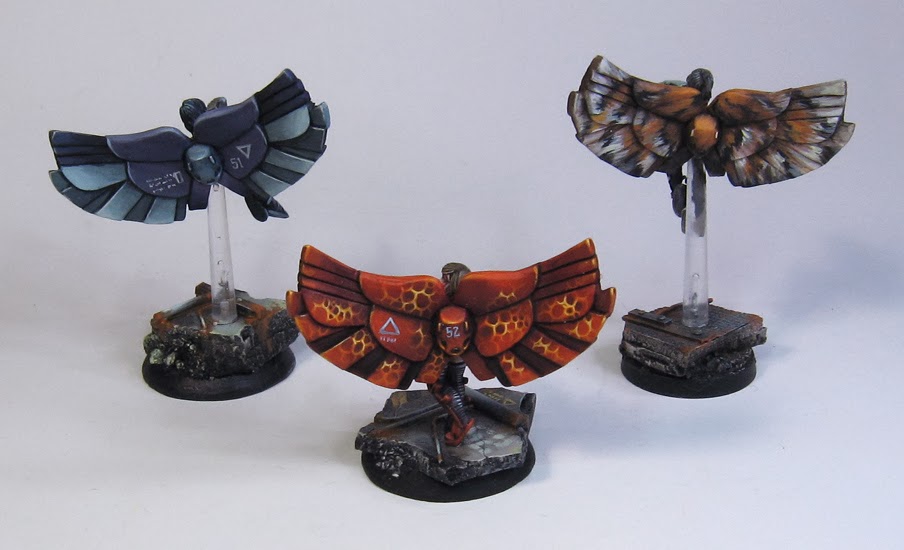 I had been saving these figures for many years to serve as Seraphim in my Sisters of Battle army.  Since Raging Heroes is going to be doing something amazing in that department, I thought it would be OK to use them for the kickstarter. 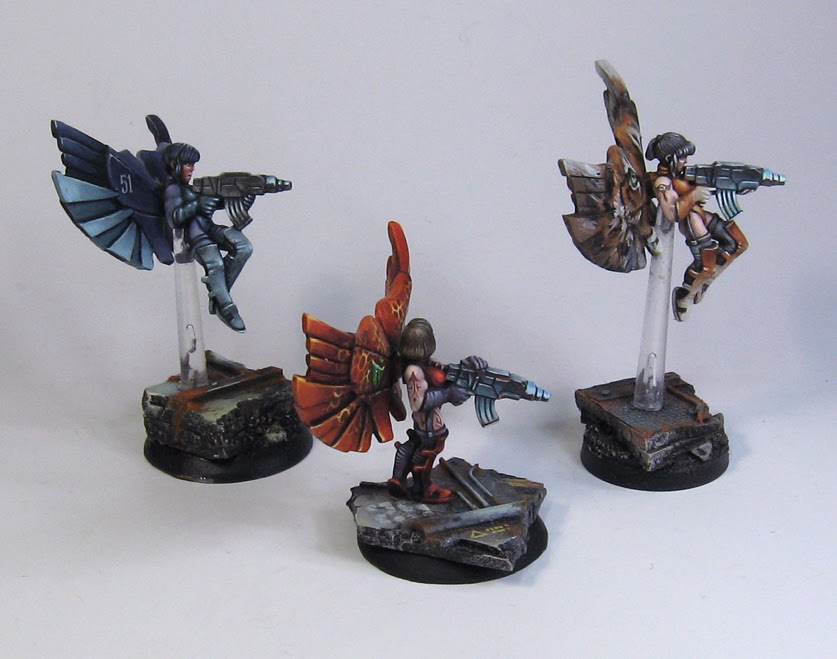 The first 3 figures you have seen are part of the current Urban Mammoth range.  All part of the Urban Warfare system.  Amazing stuff!

This figure on the right was a combo test for shades of gray, snow bases, and weathering.  A test subject for 3 videos... Those are not available any more.  I liked them a lot.  The wings have a very different feel, and the armor is about as close to a space marine as you can get on a lady. :-) 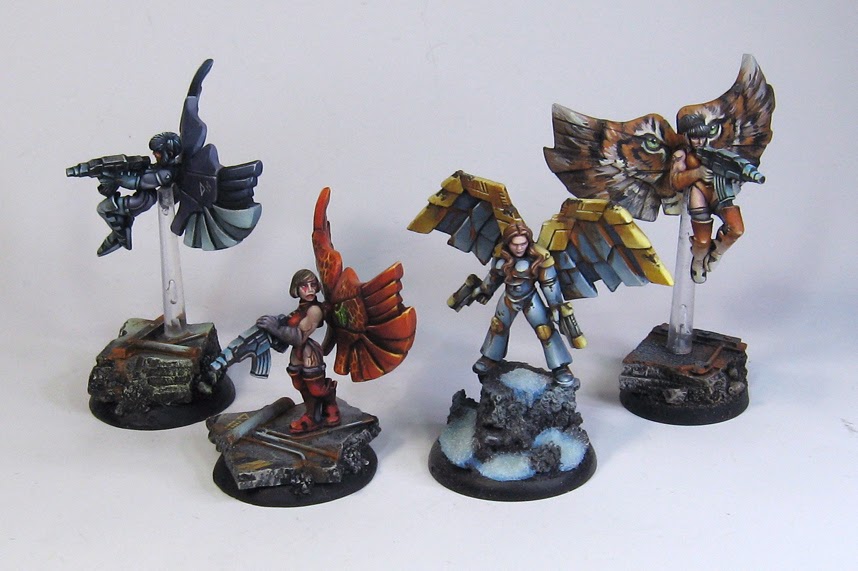 She looks rough and tumble as well! 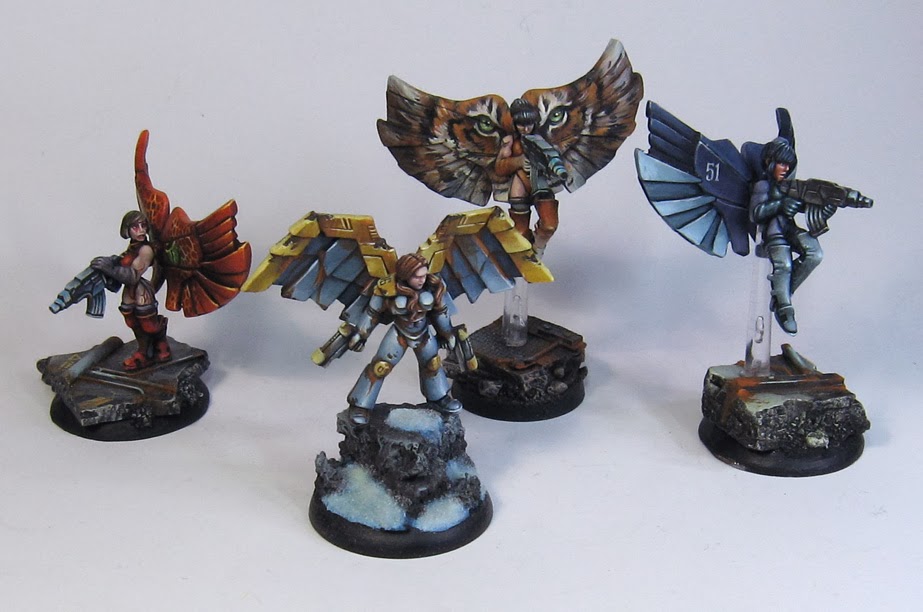 Posted by wappellious at 2:39 AM 3 comments: