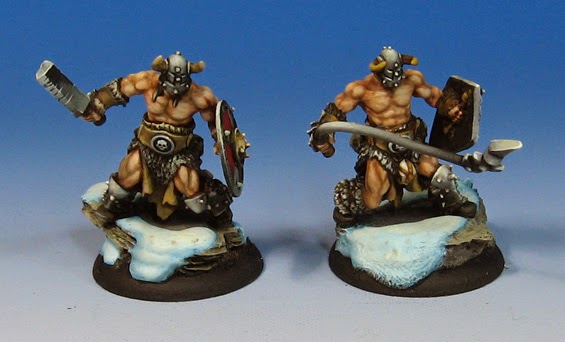 Lots going on today.  More resin washing, more mould line scraping, more bases painted.  And more Red Box Marauders.  I do like the way the skulls are hanging from these guys.  It adds a lot without being too obtrusive. 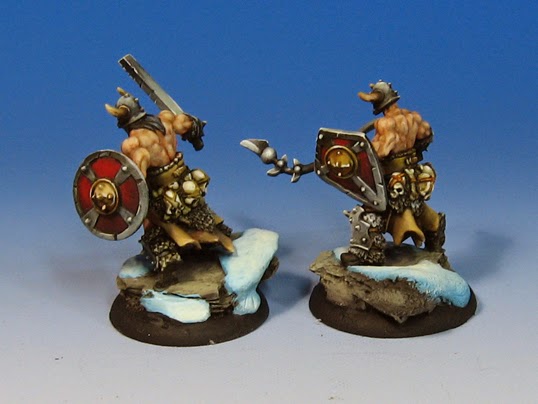 And, as you can see, quite a variety of weapons! 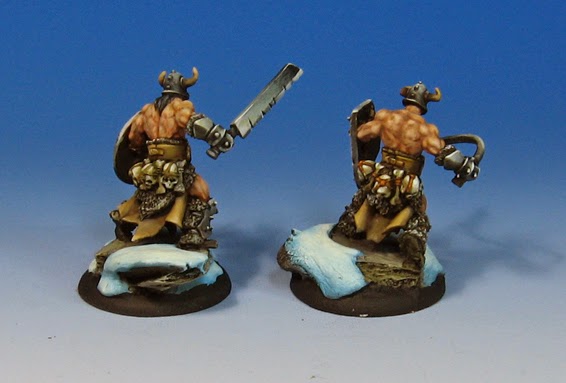 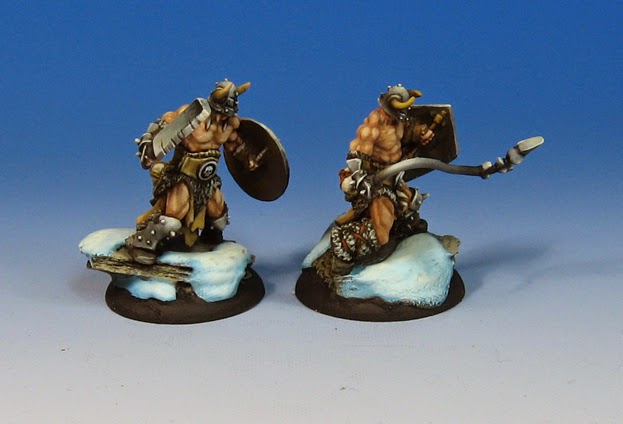 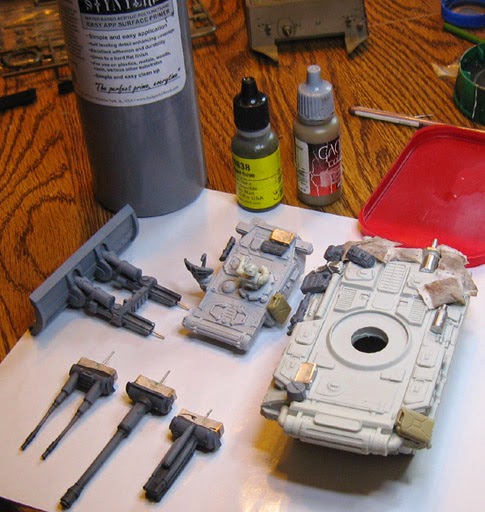 As Cathy was about to start back up again with her Sherman Tank, I wanted to do some testing on the Sandbags that we got from Secret Weapon Miniatures.  Here they are out of the package. 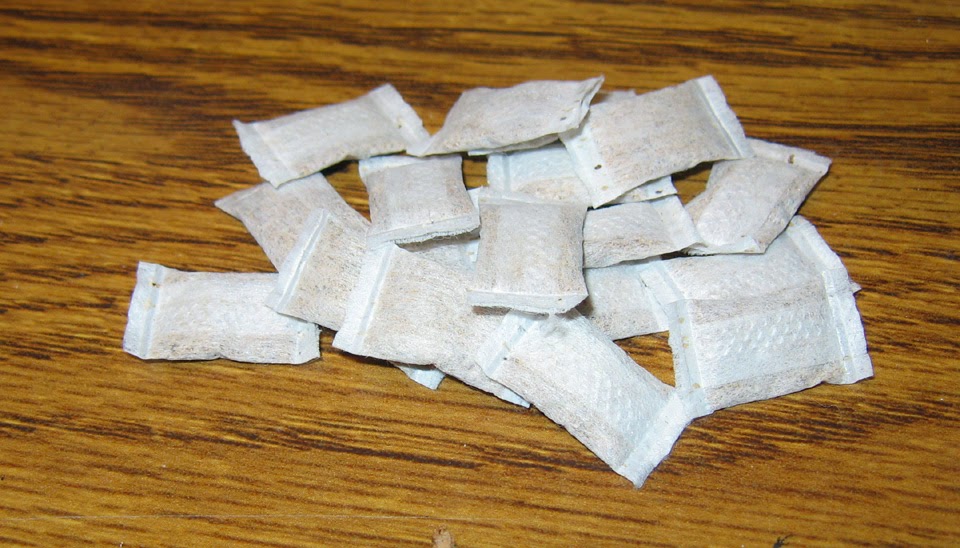 One thing I learned by experimenting is that you want to soak them first.  This not only, "fluffs them up", but it will give the outer fabric the proper texture.

I also suggest trimming down the two flattened strips on either end.  After putting them on my RAV 6 x 6, I realized that was something I wanted to do! 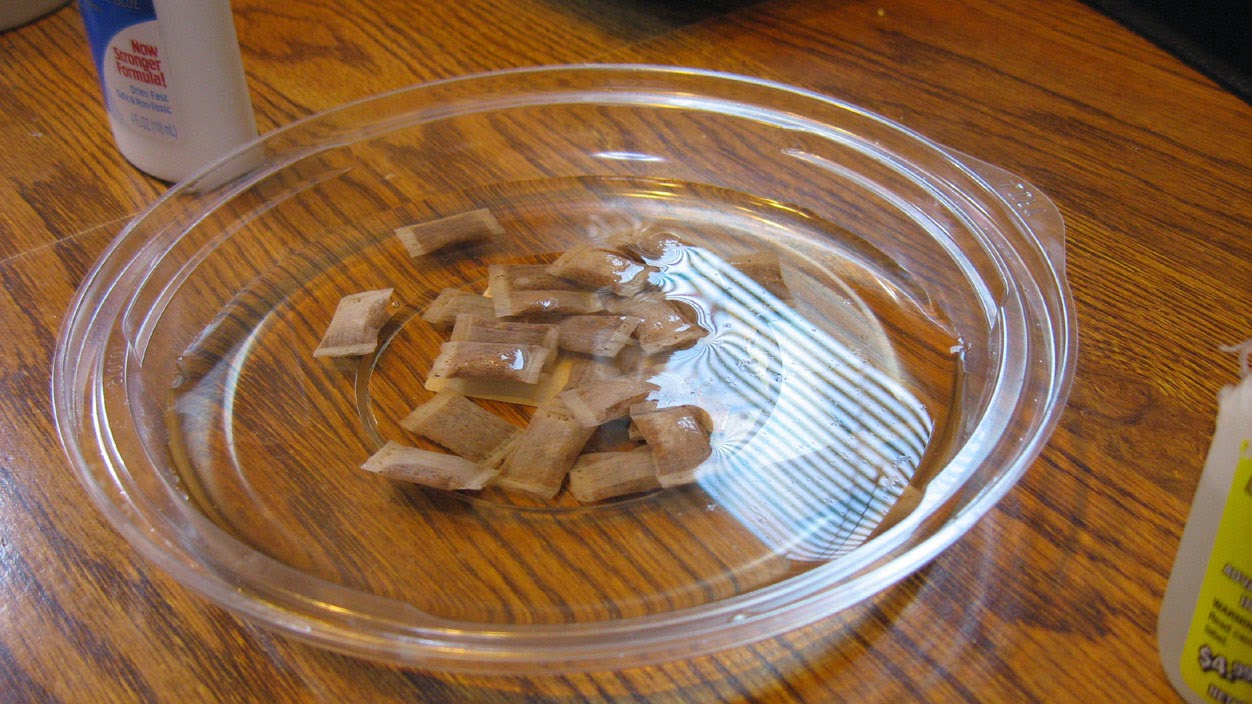 When you place them on the surface, it is a good idea to swab them with lots of wood glue or elmer's glue.  This will force them to keep their shape. 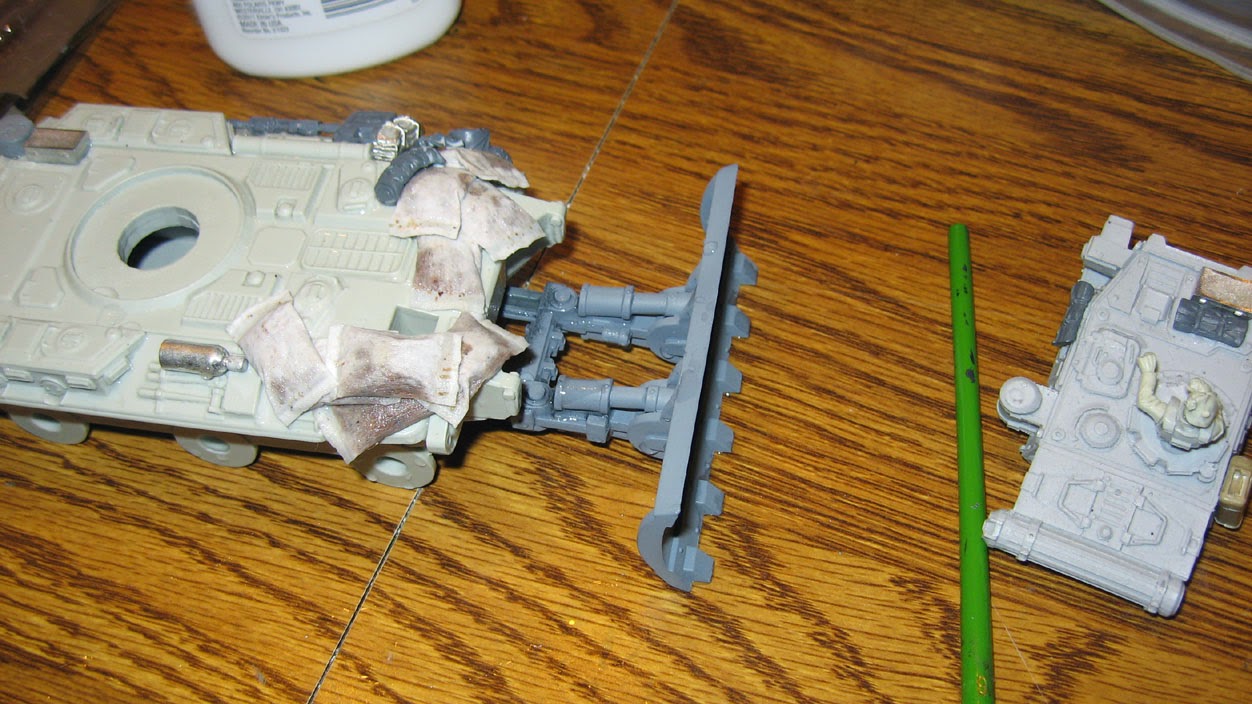 As you can see, I had used a variety of bits.  Some were GW, others from Reaper, and even some 1/45 scale that I had found years ago. 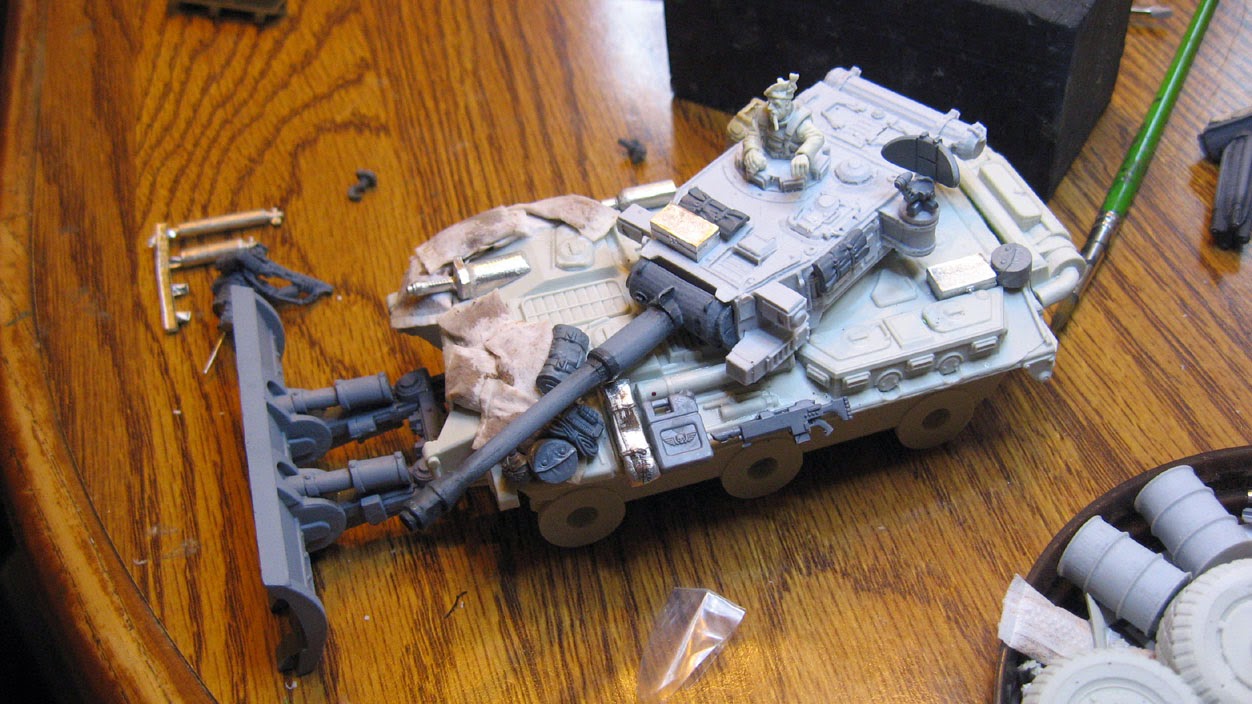 I also placed a Victoria Miniatures Highland Guard as the tank commander... and as a passenger! 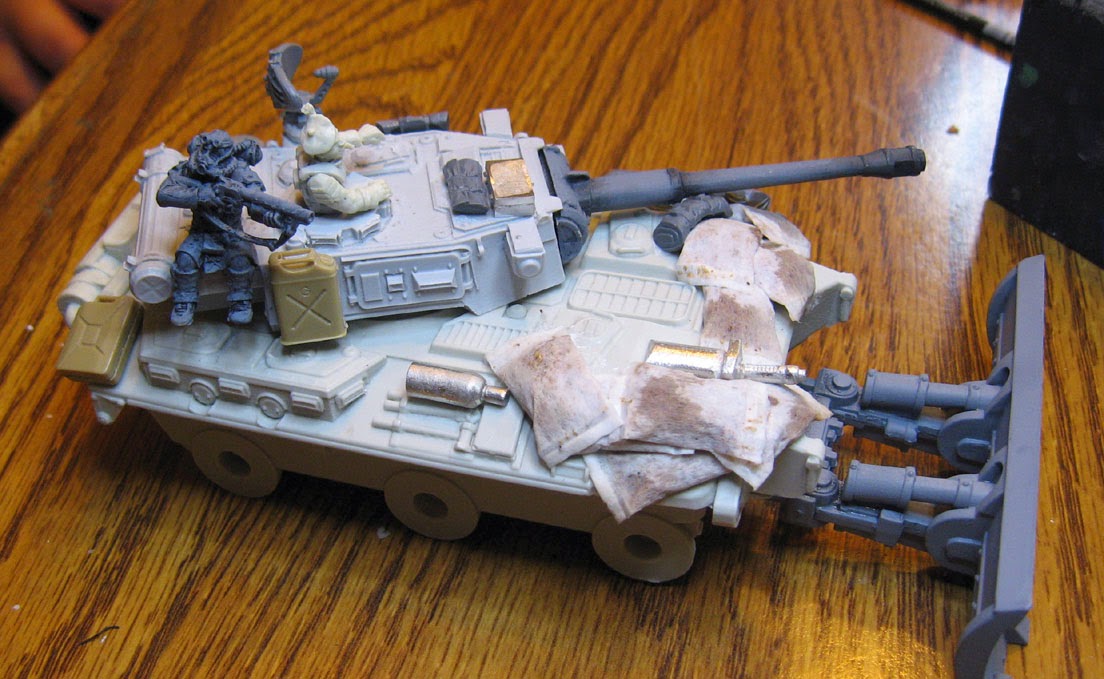 If you check out some of my previous posts on the Secret Weapon RAV 6 x 6 vehicle, you will see just how many different weapons there are!  Options galore.  I think there are ten different gun options for the turret.  Ingenious!

Even the hull mounted weapon can be exchanged from heavy bolter to heavy flamer. 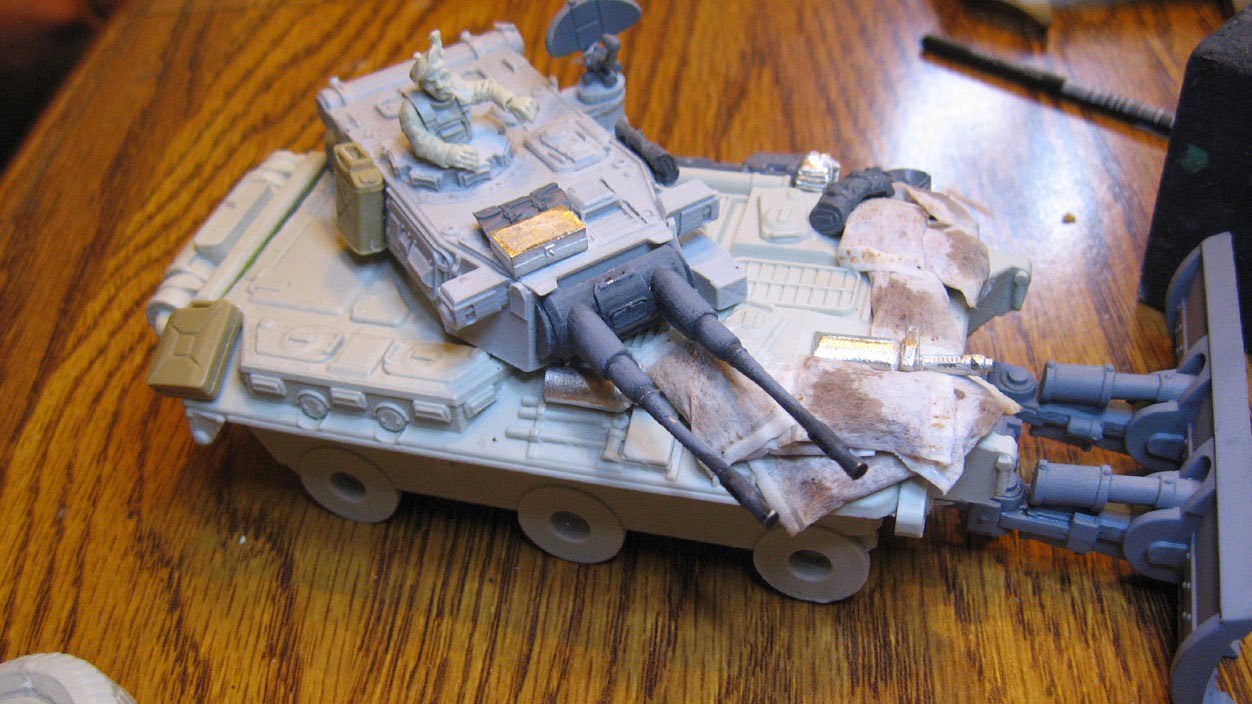 I was priming a ton of other things at the time, so I decided I would prime this as well.  I decided to tint my primer, which is something I do quite often.

The gray primer is from Badger Air.  I used a few other colors to move it in the direction of desert theme.  This works very well.  Even better with Secret Weapon resin, which does not have any of the hated and loathed mould release that plagues me on most other company's resin.

This makes life so much more ple\asant... thanks Mr. Justin! :-) 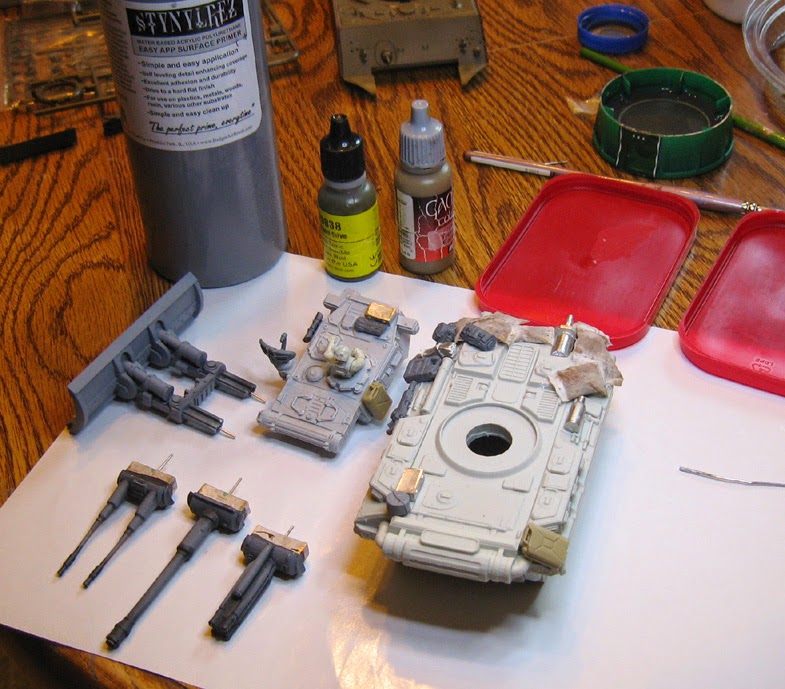 Here we are about to mix it all together for some "primer painting", as I call it. 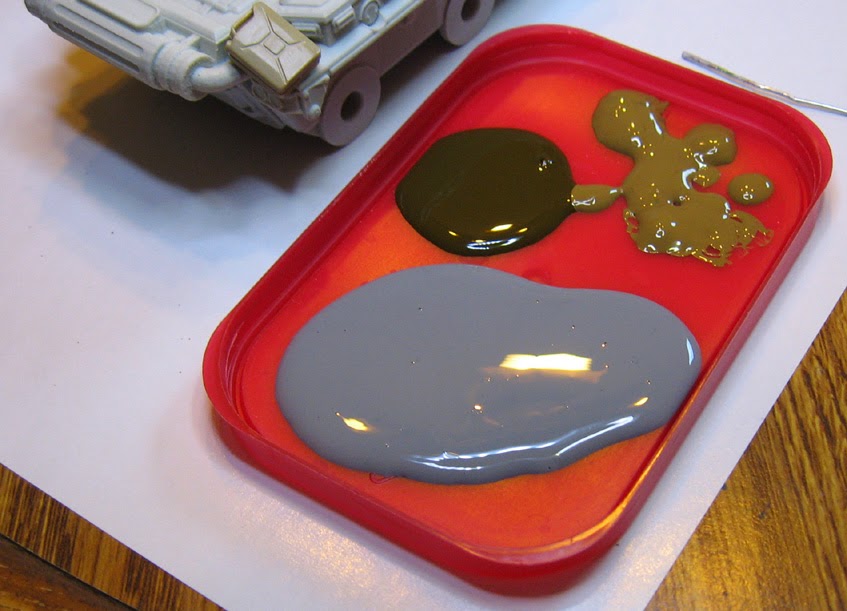 And yes, you can brush on the Badger Airbrush primer.  I do it every day. 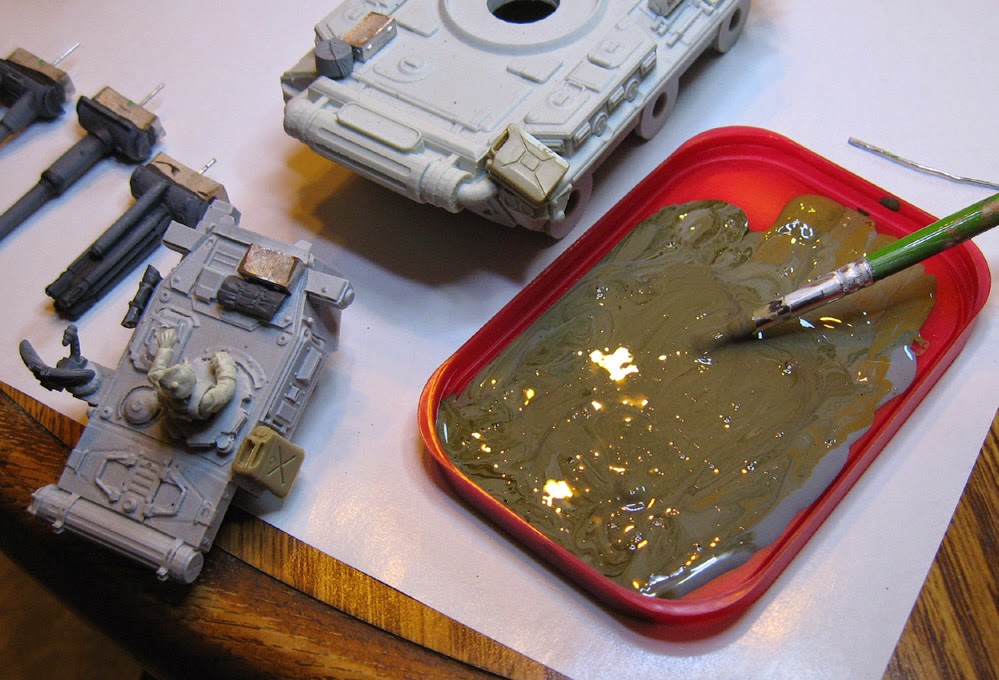 It's fun to see the crazy quilt of colors begin to become one!!!! 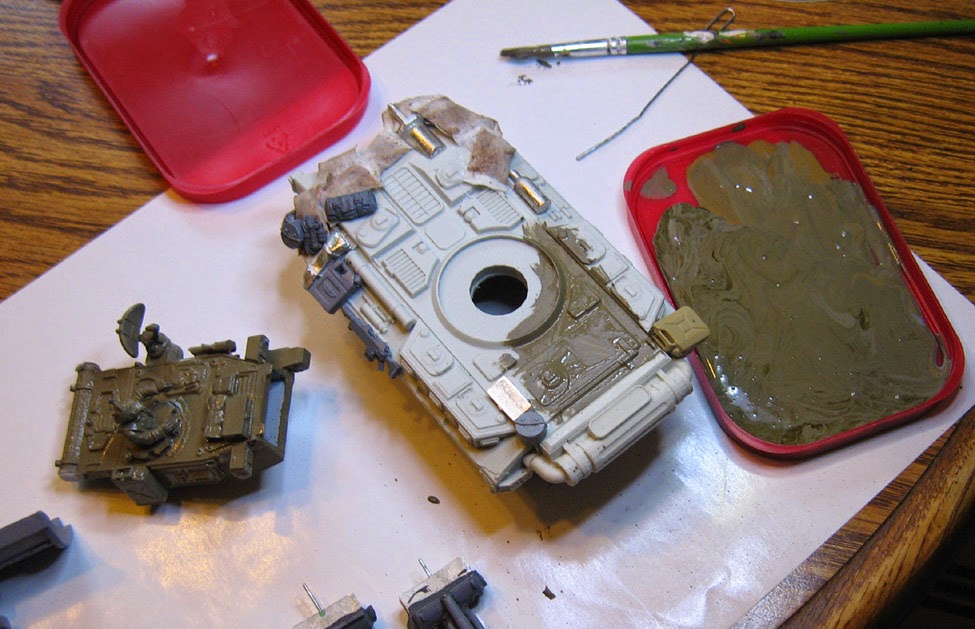 Yay!!  All set for painting!!  Not sure when that will happen... probably the next time I have these colors out on the palette.

This is going to be a fun tribute to the British Crusader tanks of WWII, painted in the same camo pattern you saw me use on the Memoir '44 tanks.

Since we have the Highland Guard as the crew, why not go with a Desert Rats theme?  It will also give me a chance to really go nuts with my Secret Weapon weathering powders. 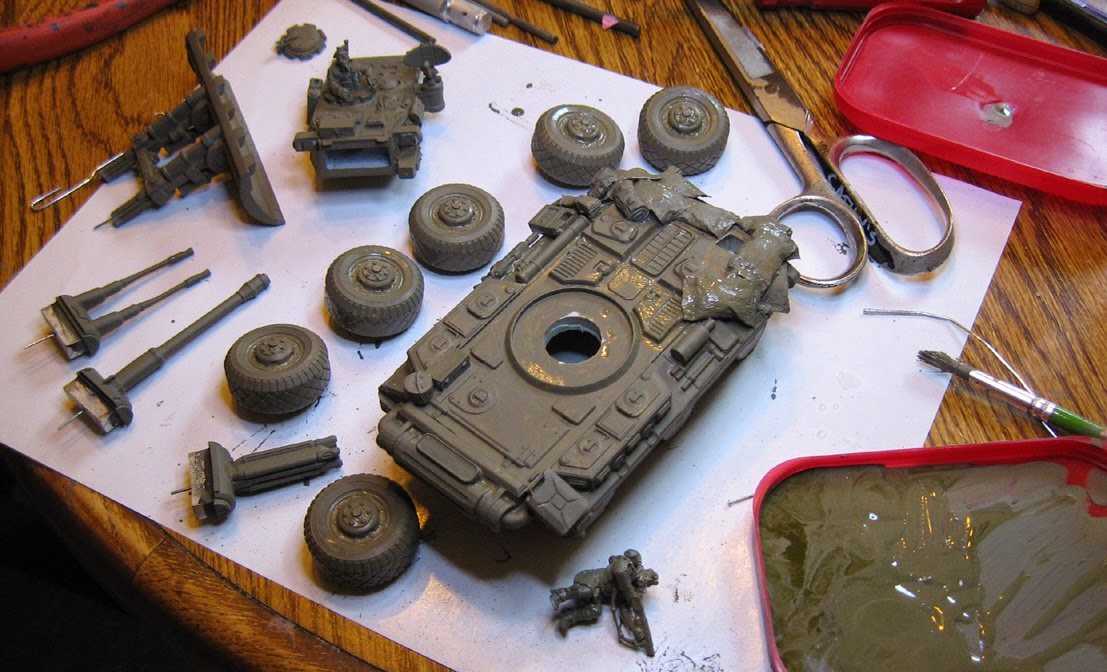 Posted by wappellious at 12:27 AM No comments: