Before they were finished: WIP images of my Engines of the Gods 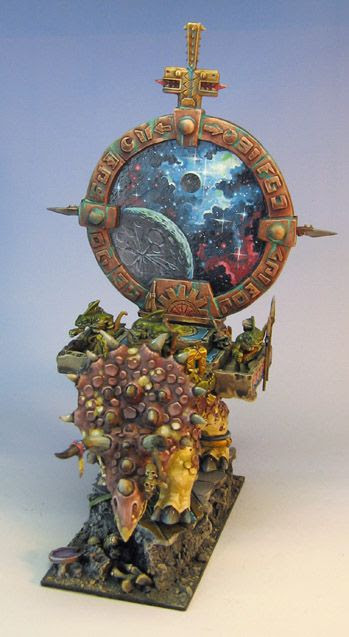 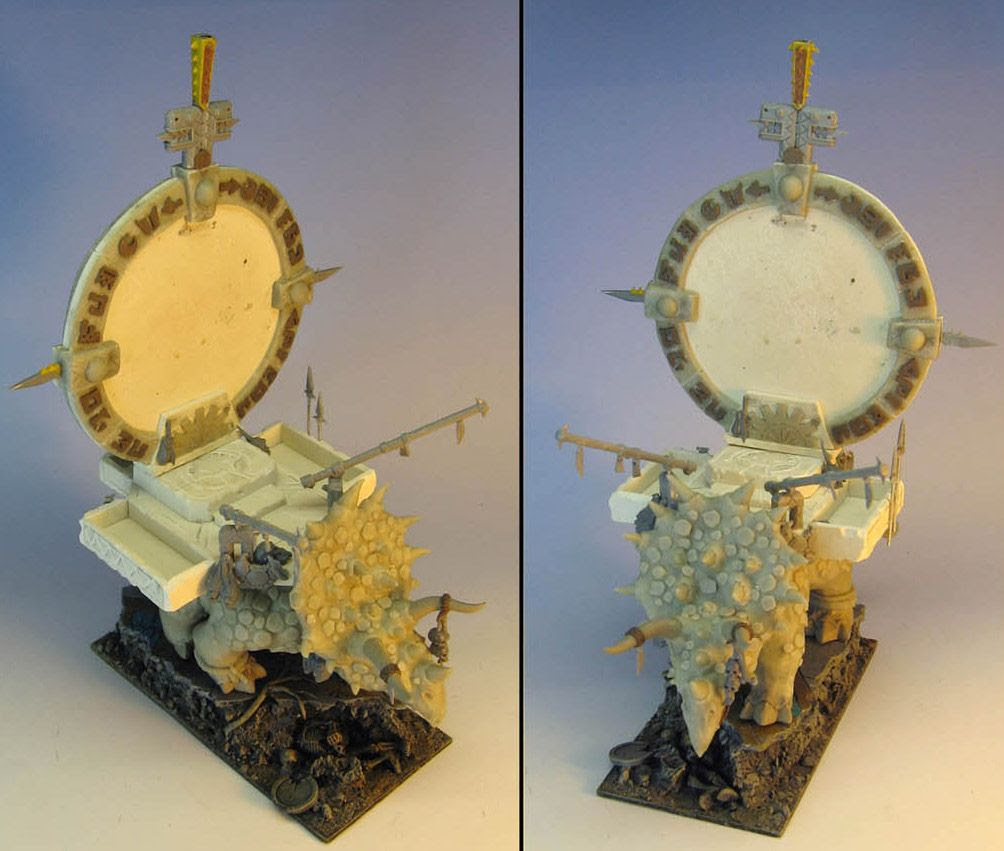 Ah, I miss these!  They were so much fun, I loved playing with them!  That is, until a certain edition of WFB came along that will remain nameless...

Anyway, I realized a few weeks ago that I never took images of the finished Engine of the Gods!  I thought before those were posted, I would show these WIP images that give you an idea of how they were made.

You can clearly see apoxy sculpt, sculpey and brown stuff.  What you can't see is the big tin foil armature that are inside the bodies of the stegadons.  Not only did this provide support for the sculpting material, it meant that I needed to use less of t!  It also made them lighter.

The sculpey parts were made from baked sculpey that was carved and then glued together to form the howdahs.  You can even see the giant blowpipe stands, as I wanted to be able to use these as regular stegadons and ancient stegadons as well.  The portals were removeable, as were the skink priests.

These look very different now!  I will try to get the images up in the next few days. 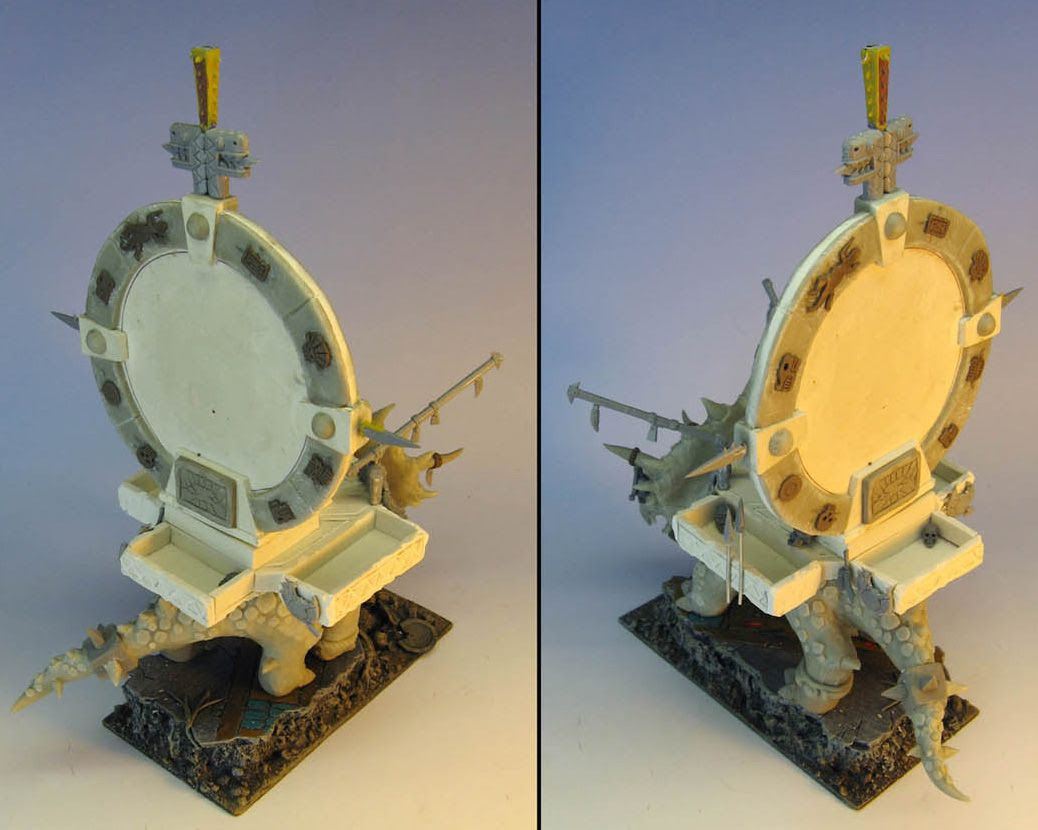 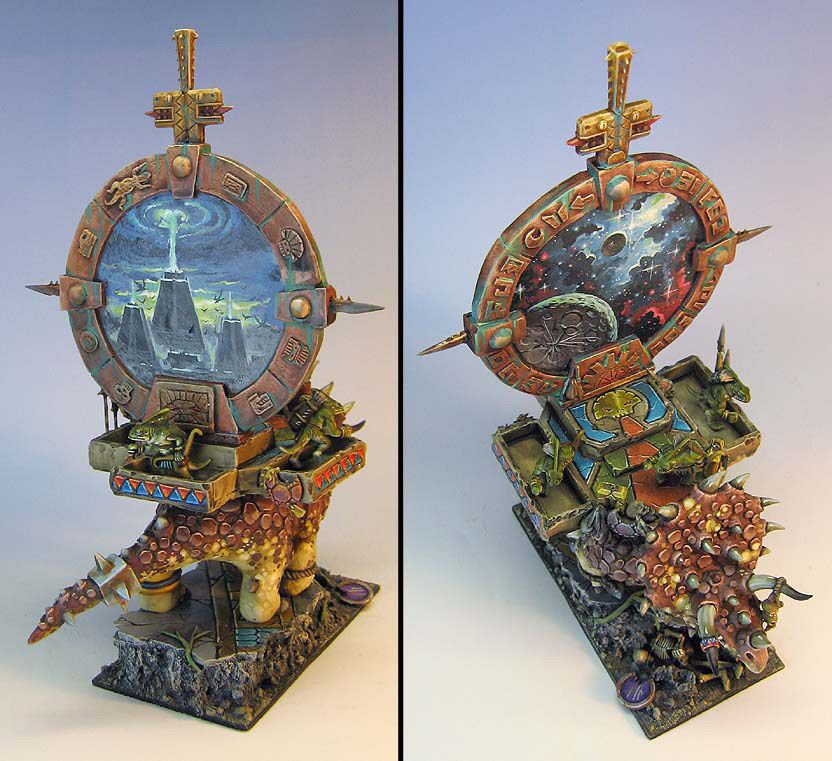 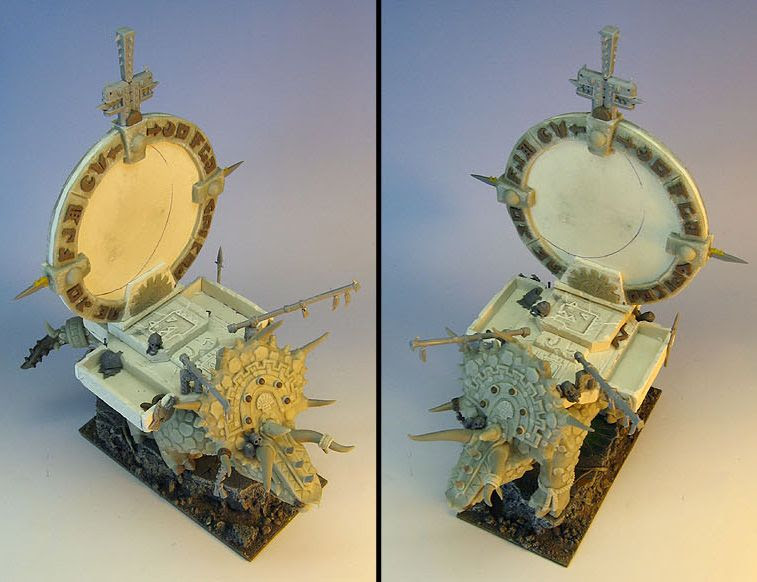 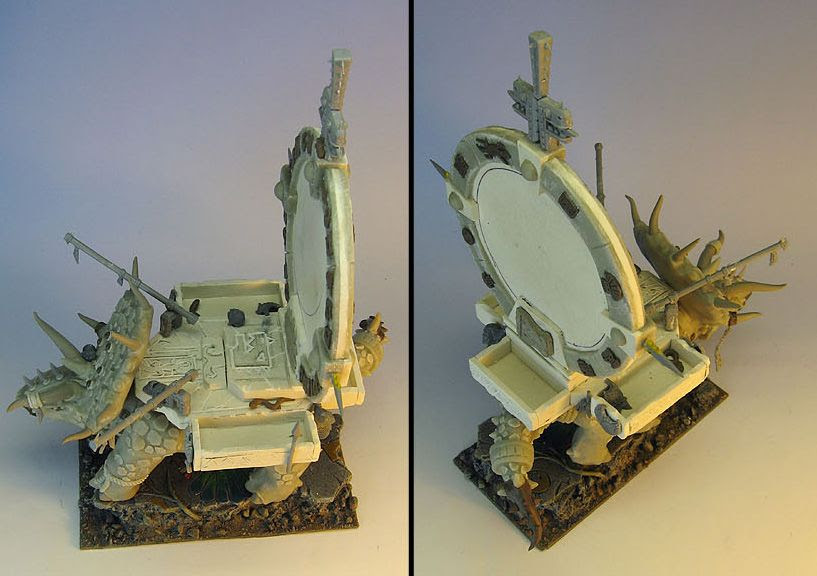 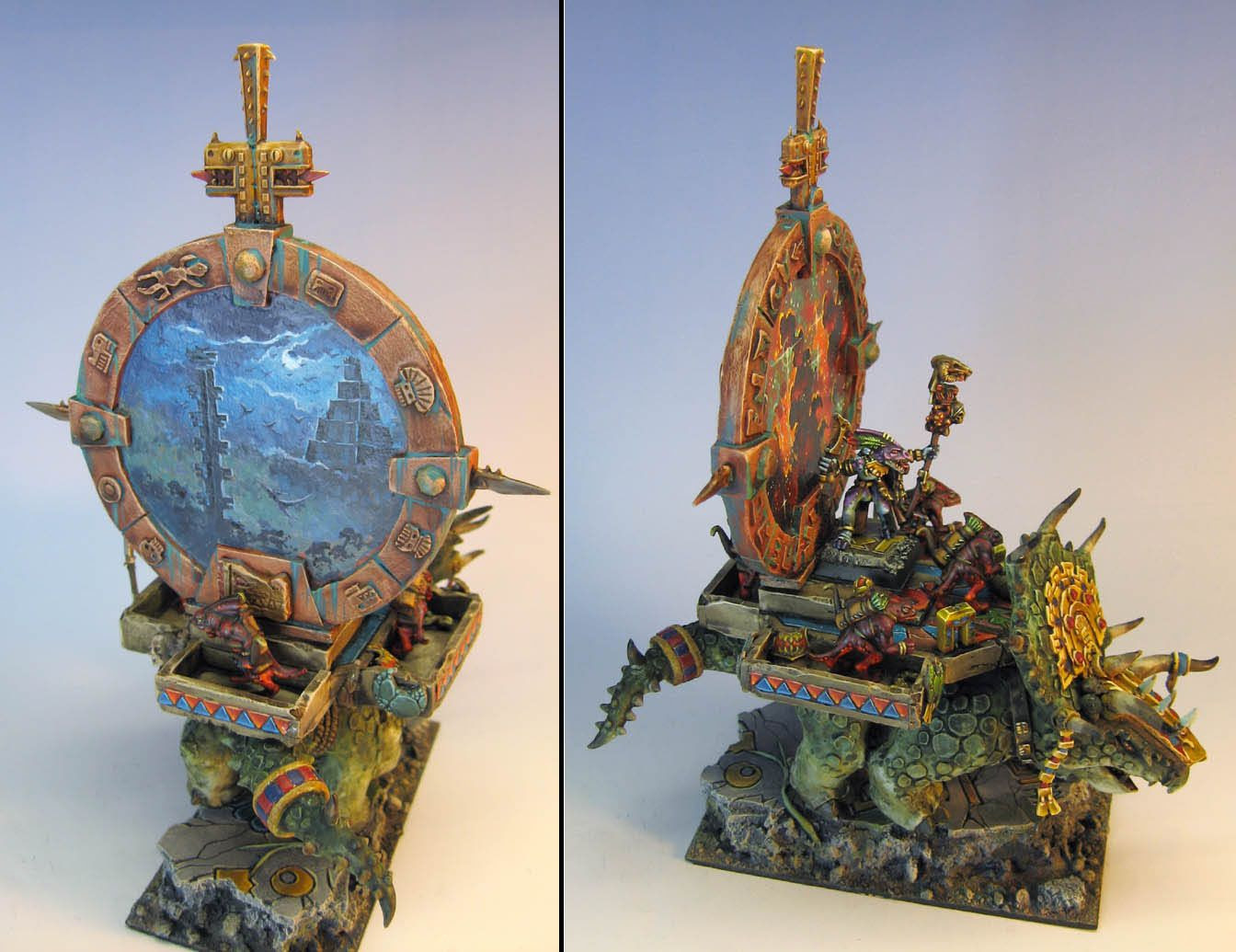 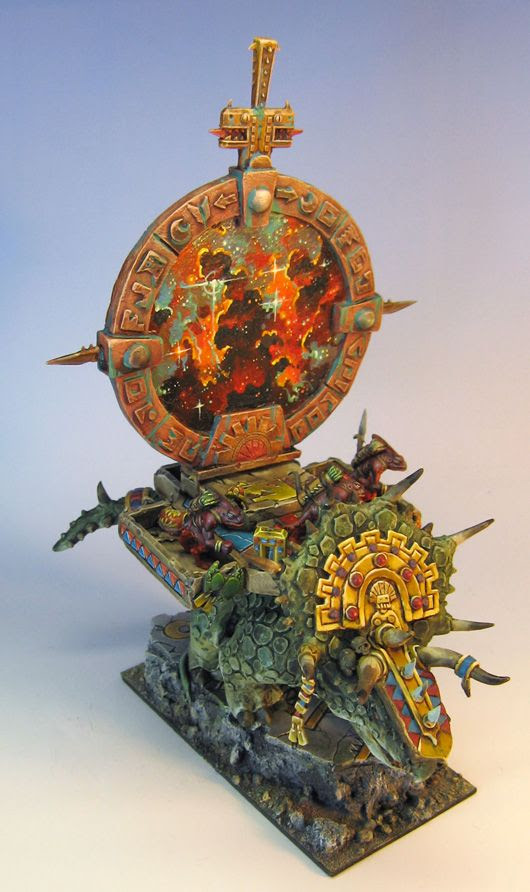 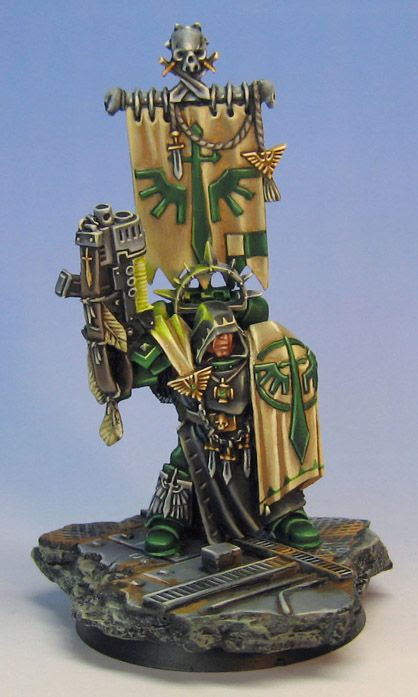 When I bought Cathy her first 40k army, it was the old style Dark Angels army box set.  These were the big box sets that contained a special character/special edition inside.

We ended up with a few of these, and I painted them a few different ways.  Here they are: 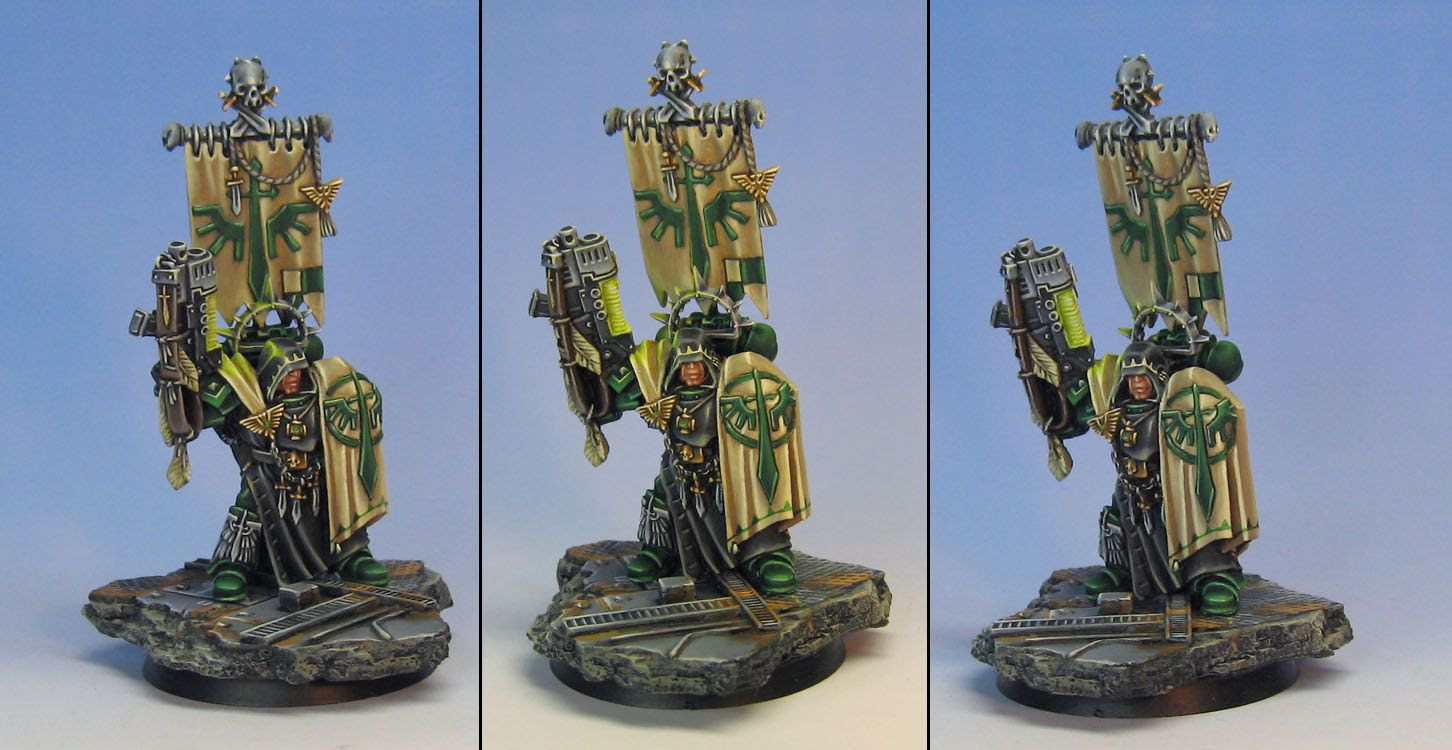 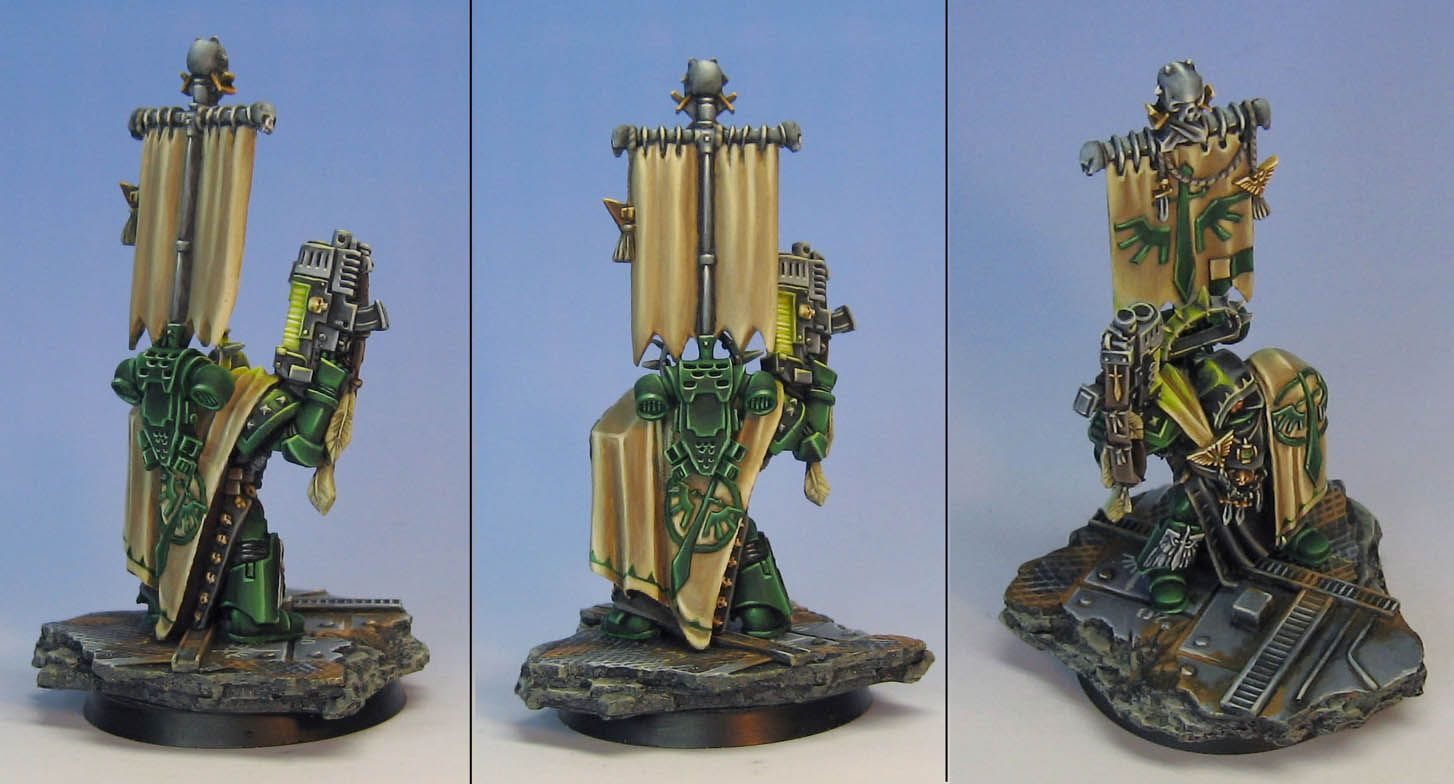 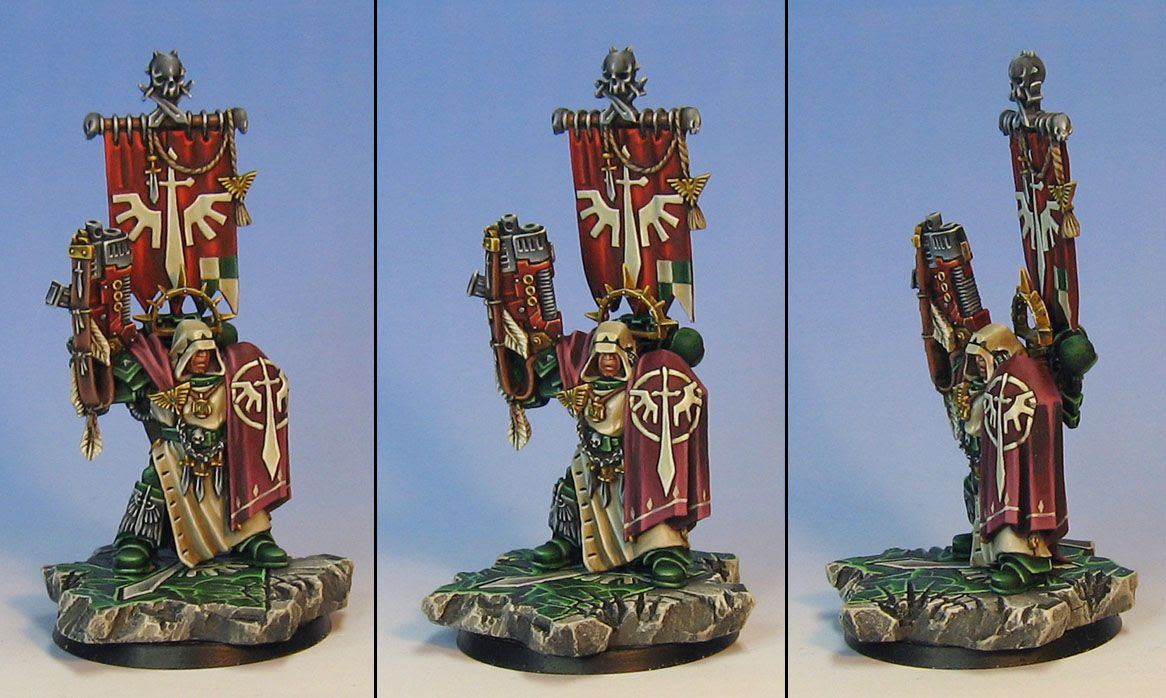 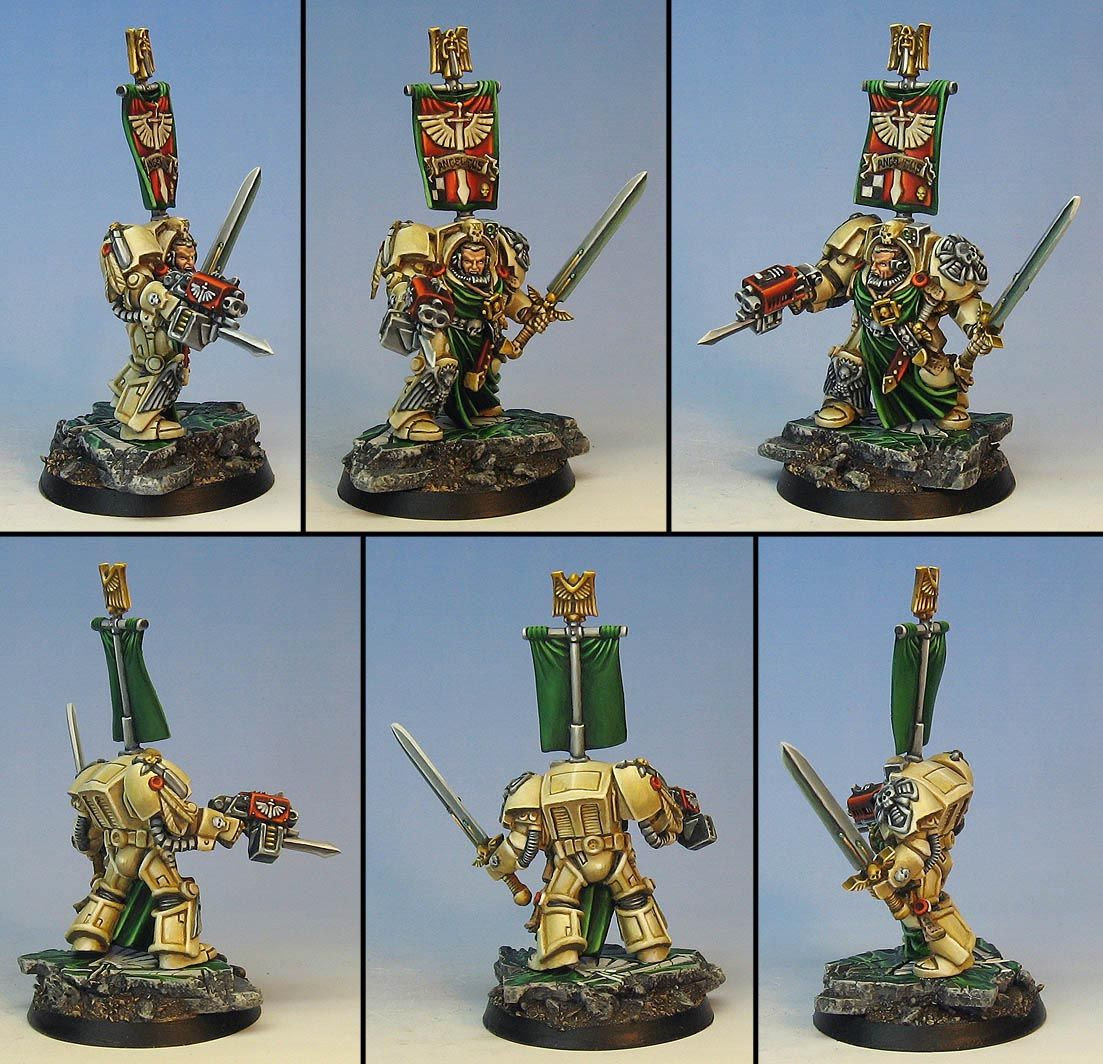 Posted by wappellious at 4:04 AM 4 comments: