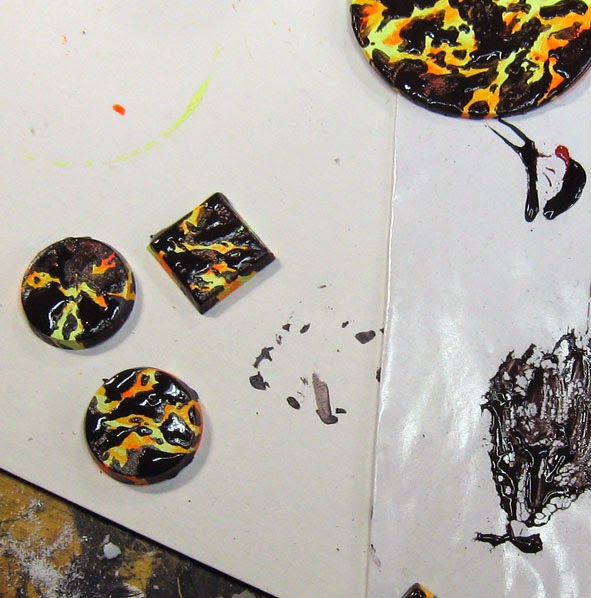 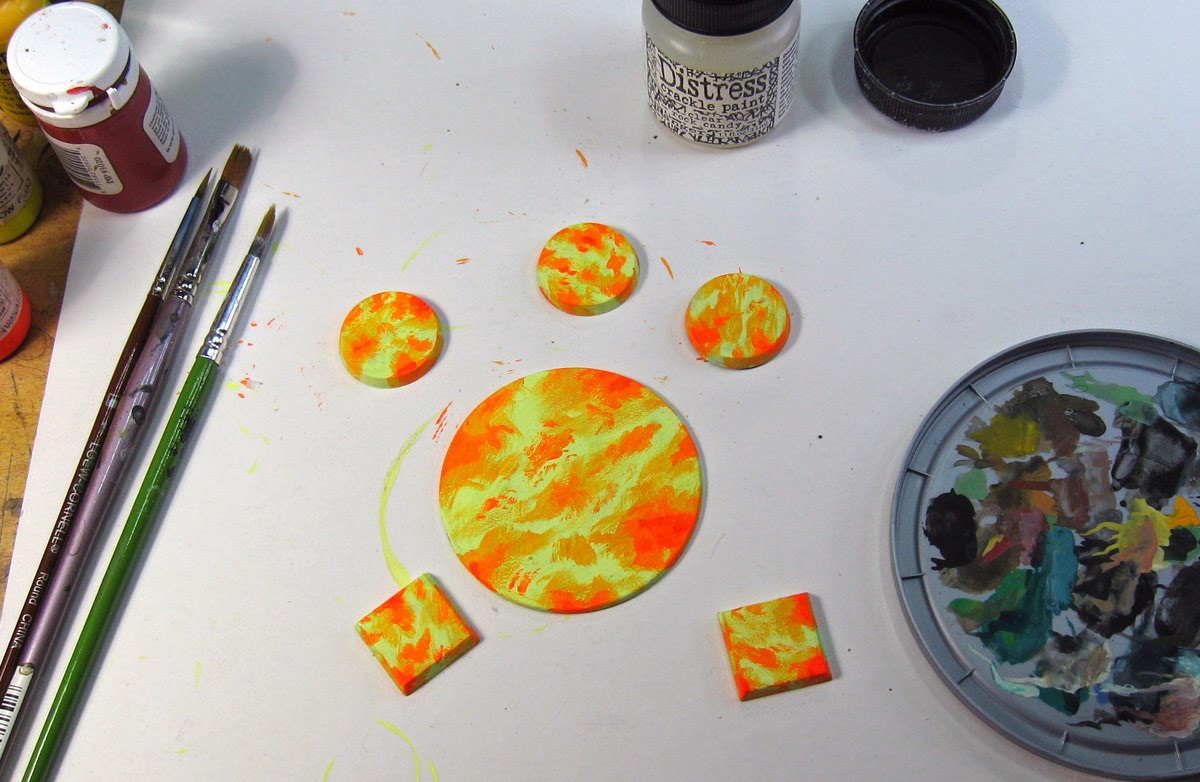 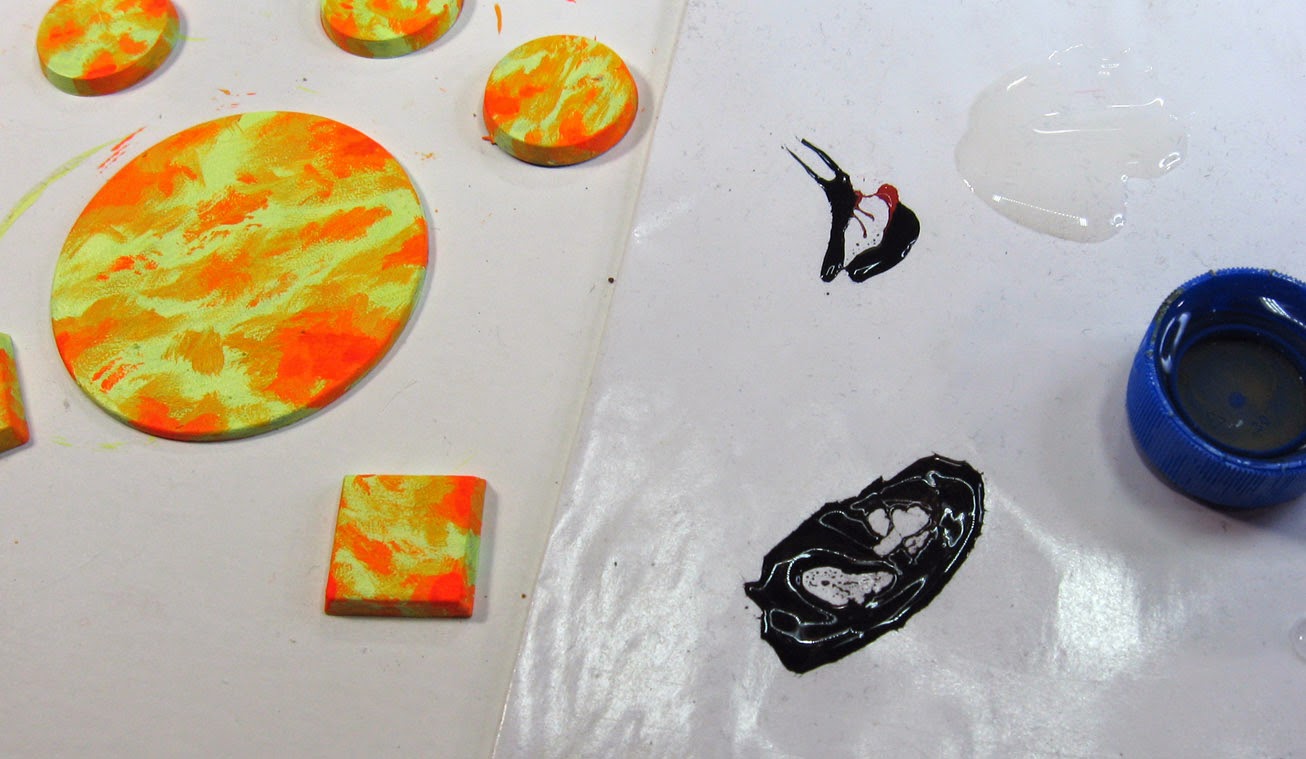 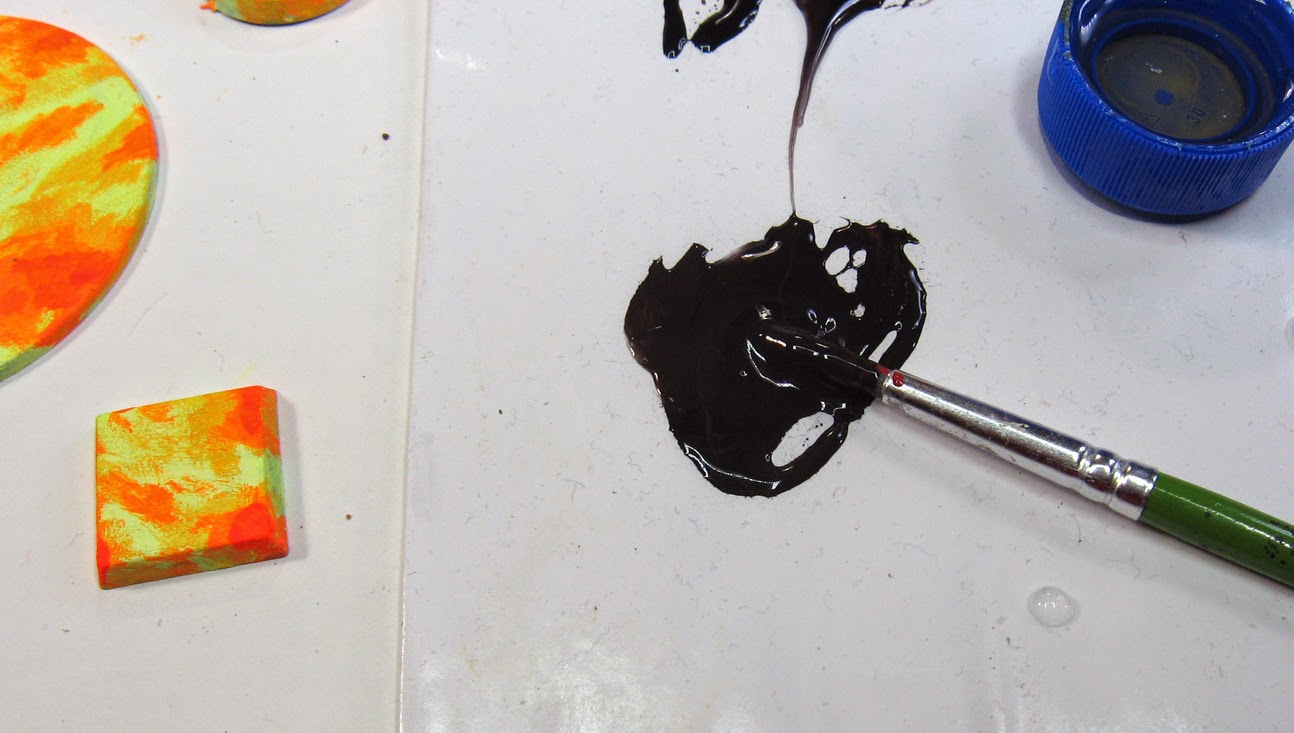 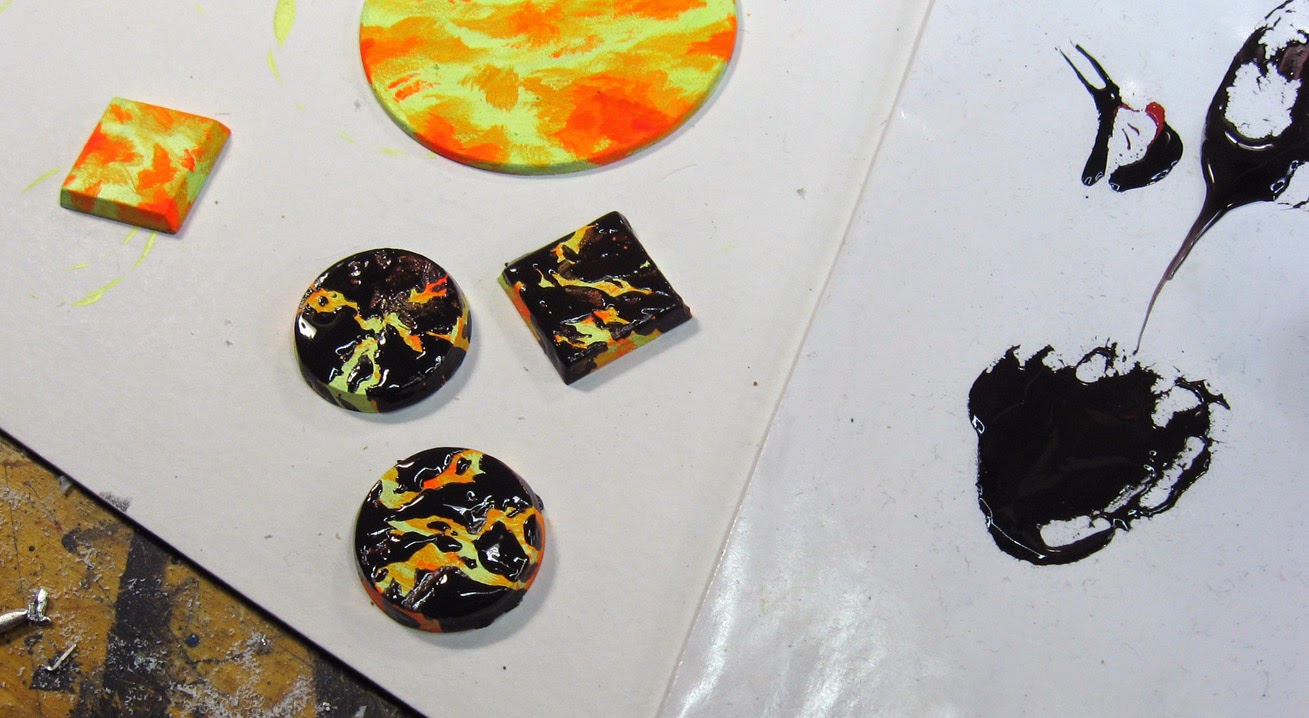 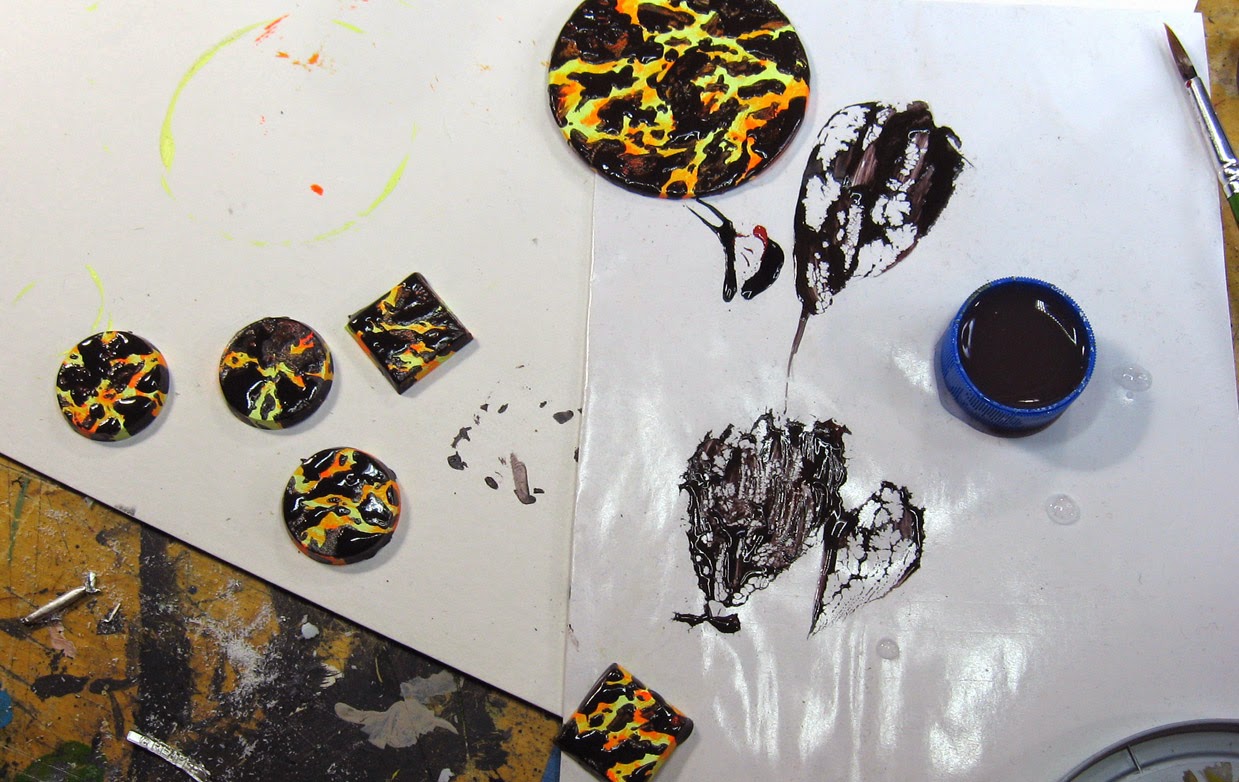 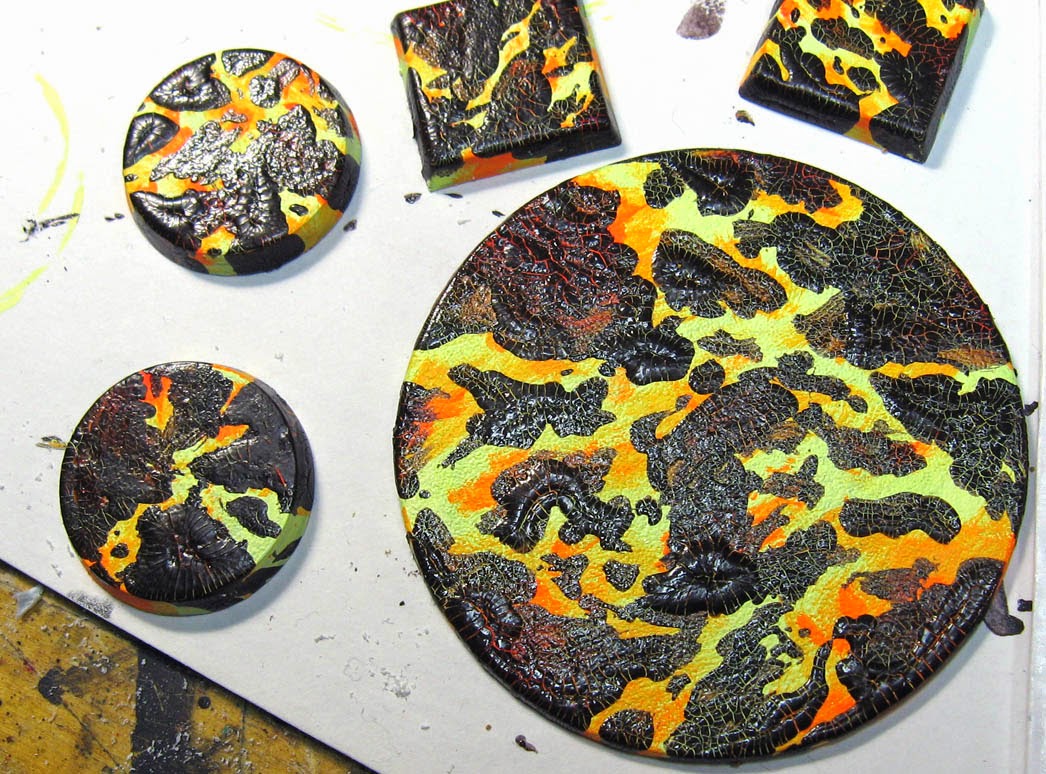 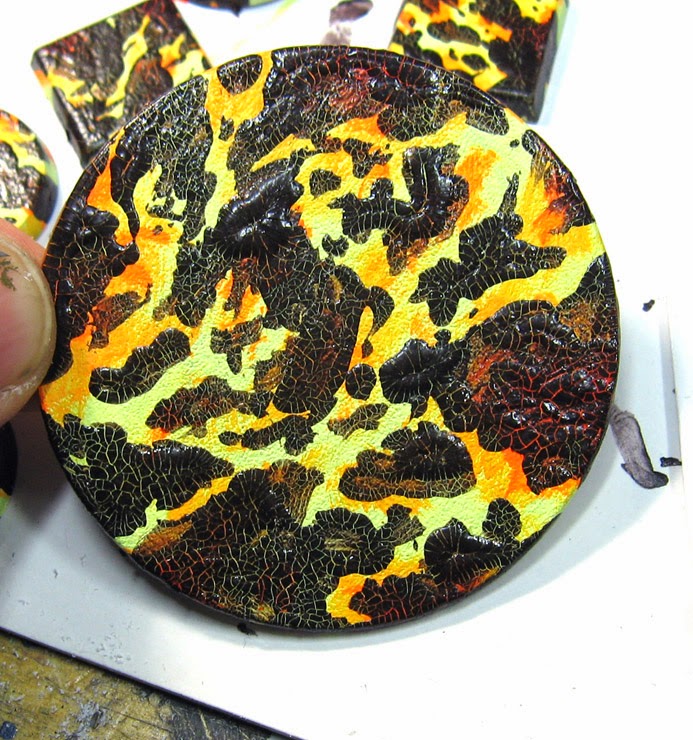 Posted by wappellious at 1:56 PM 6 comments:

Never be afraid to experiment... part one 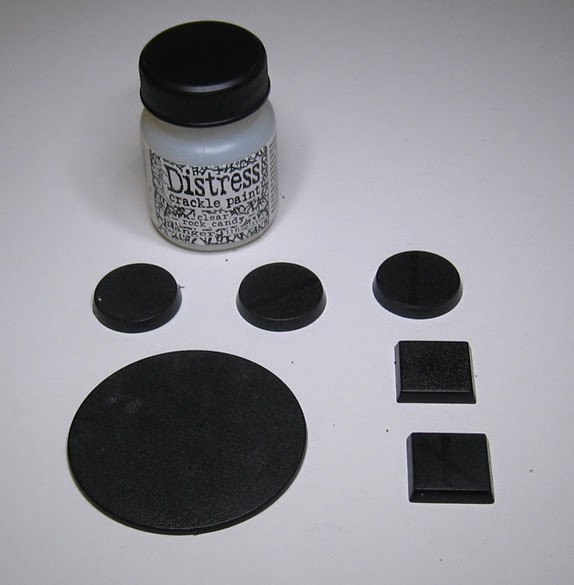 There was a great deal of discussion at Reapercon about using Crackle Medium in a variety of basing techniques.

For this particular experiment, the idea was to use crackle medium with the fluorescent paints to create a lava effect.  I began by priming the bases white. 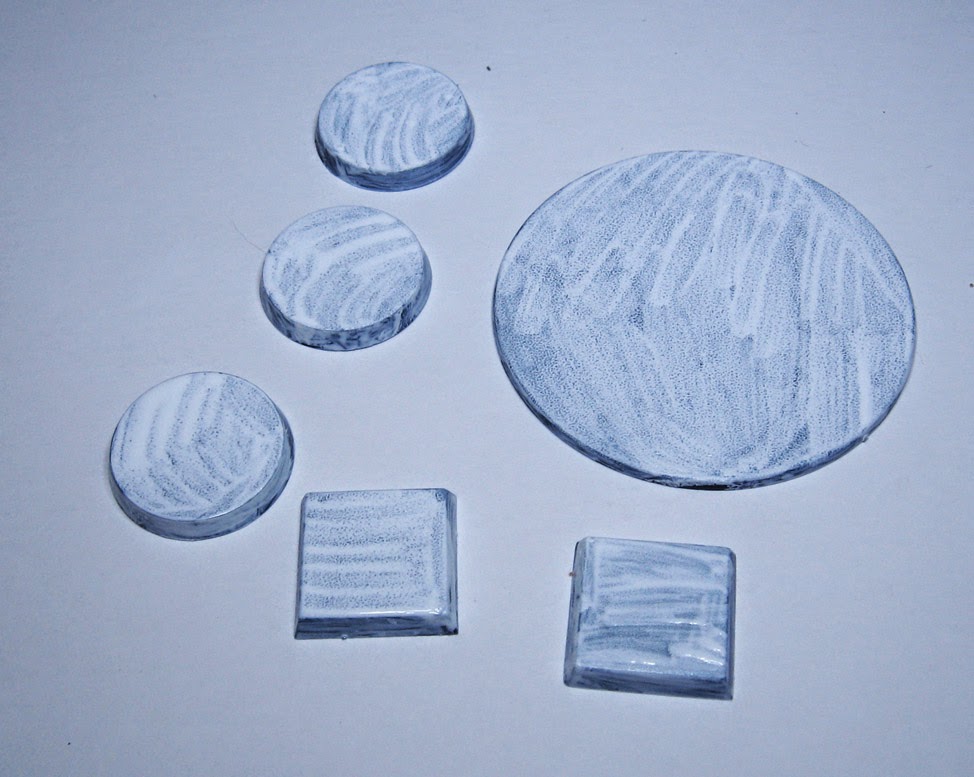 The rest of this first phase is pretty standard.  Some white paint mixed with intense yellow and the fluorescent yellow. 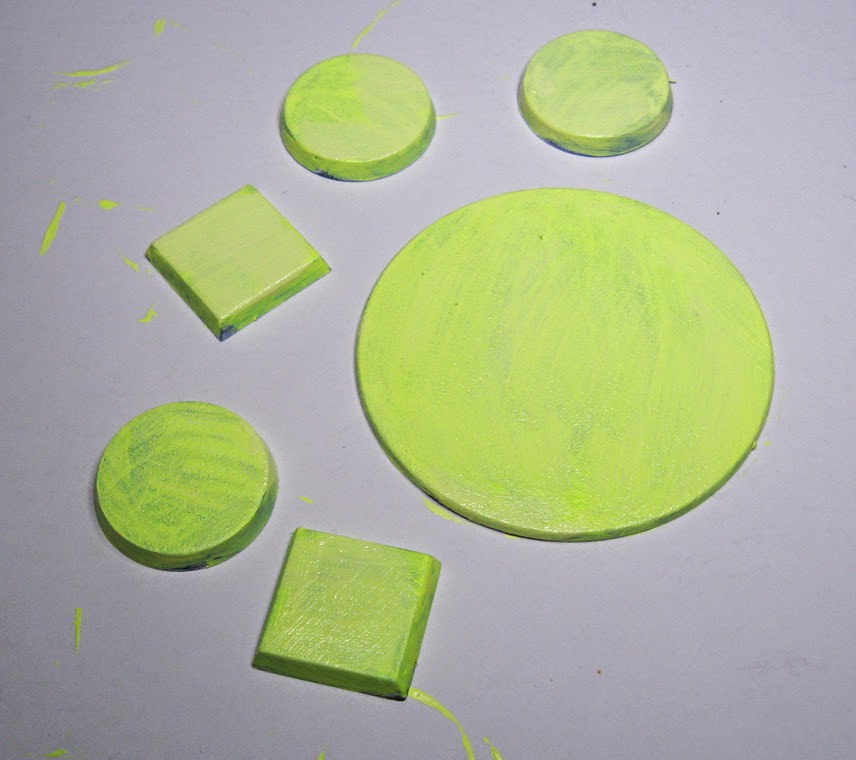 Gradually, more of the regular yellow and fluorescent orange is added.  I am trying to set up a semblance of the patterns now, to see if I can take advantage of that with the Crackle medium. 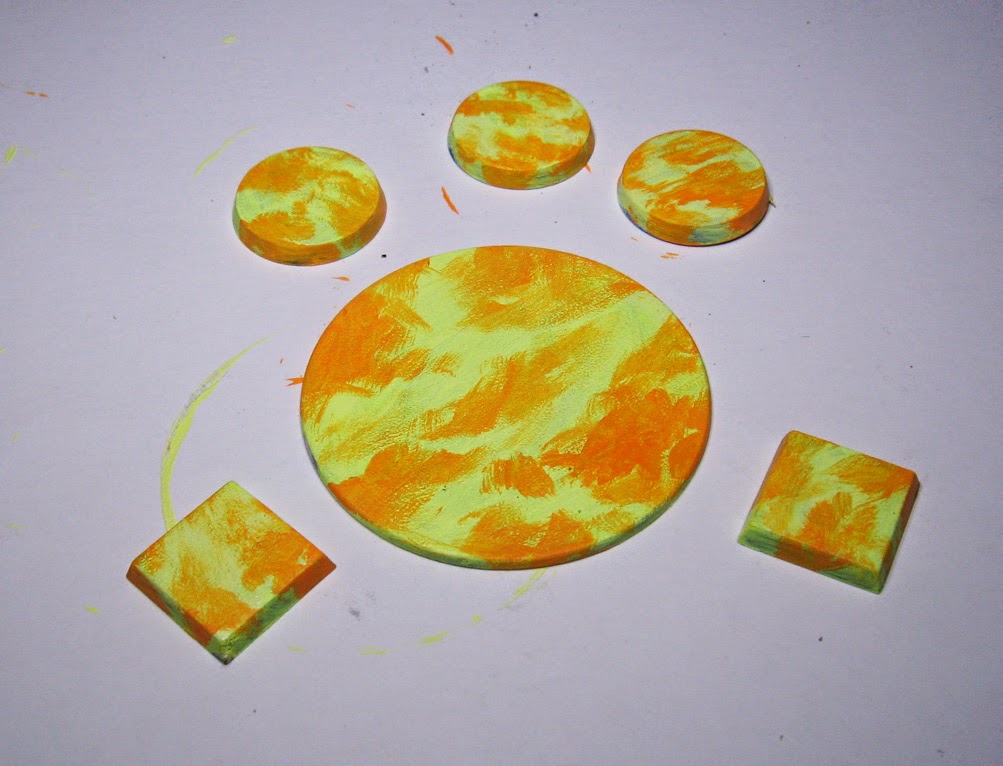 More and more of the Fluorescent paint is added, strengthening the darks. 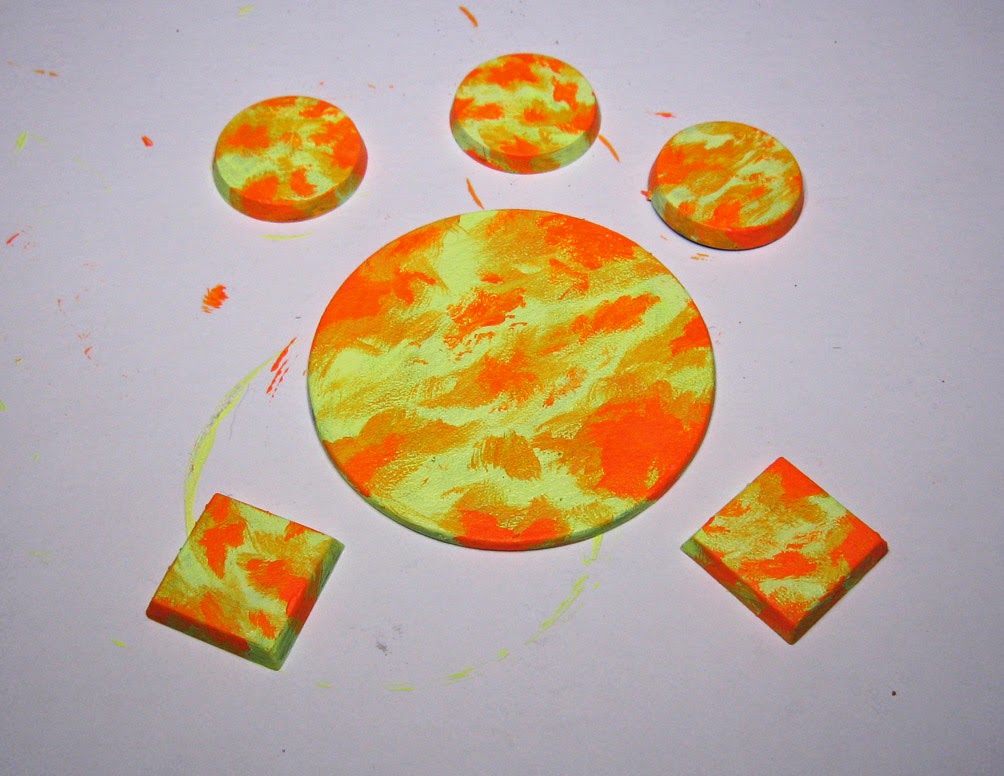 OK.  This was the last layer before I tried to add the paint/crackle medium mixture. 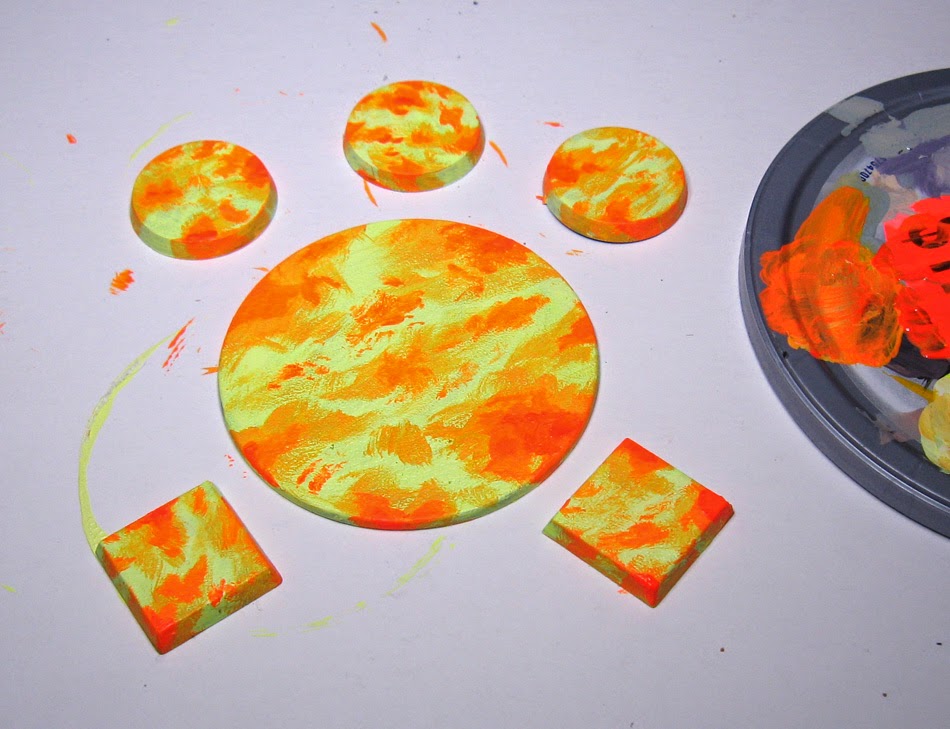