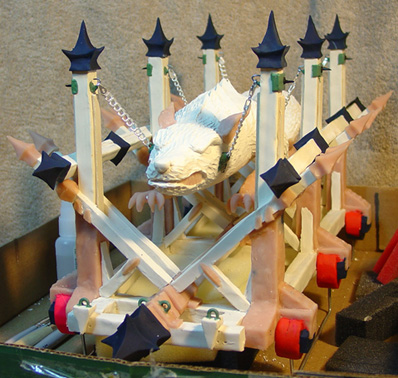 Well, as the 300,000 page views mark arrives, I thought it was time to start bringing out the big guns!

This was the most complicated overall sculpting job that I ever attempted.  It was the last of the big dioramas.  This is only one piece of the giant puzzle.  You are seeing all sorts of sculpey types being used here.  The white sculpey was used for the elements that required the most detailed sculpting.  The colors of sculpey were stronger, and used for the wheels and the pylons. 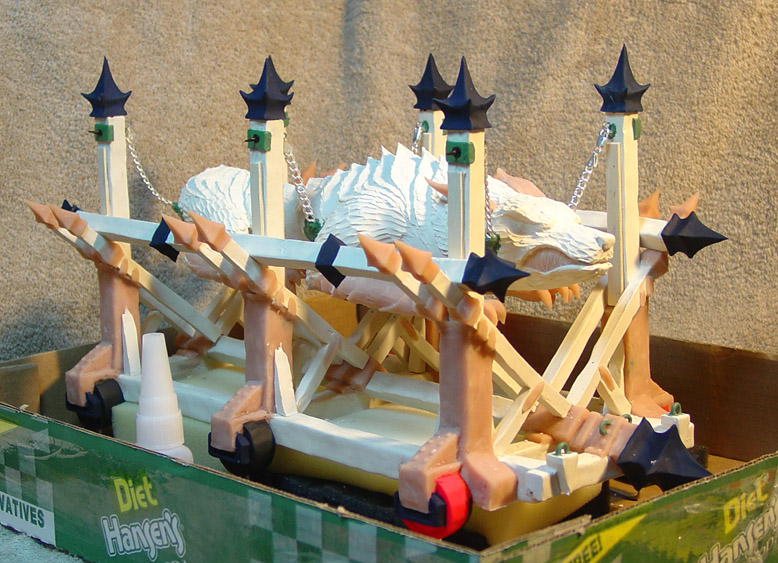 There are large metal armatures that run throughout the support pylons and Grond himself.  To give you an idea of the massive size, Grond alone weighed over 2 pounds... and he was hollow!! 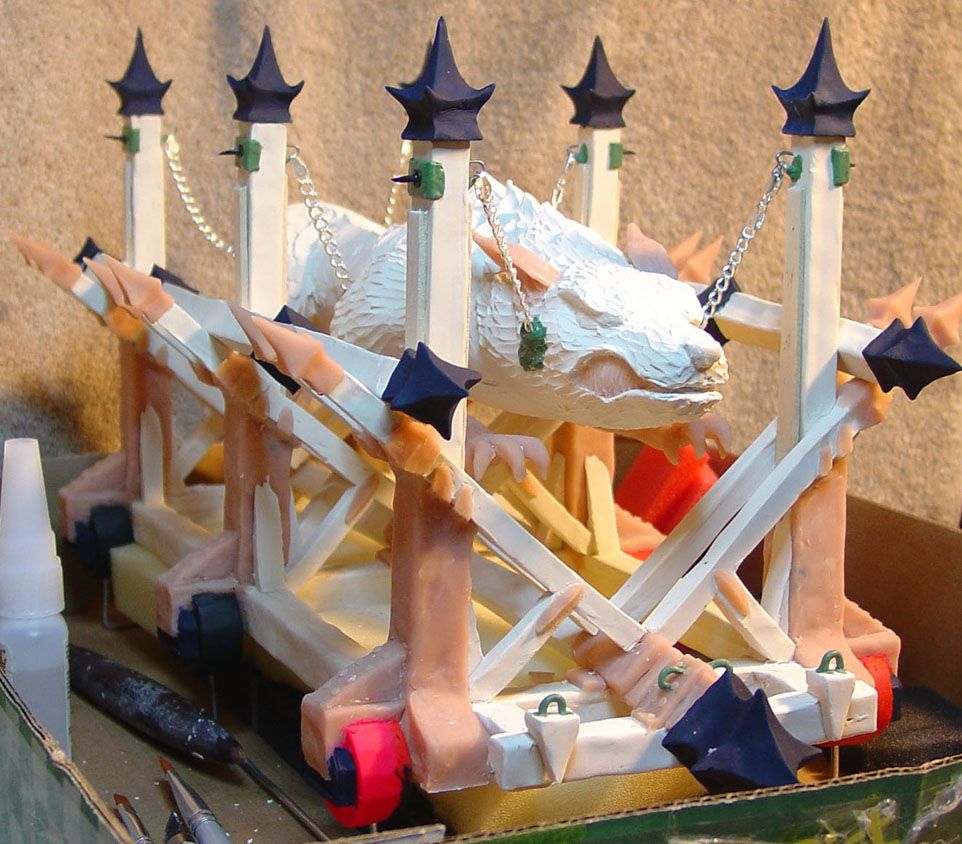 I used jewelry chain to hang this from the pylons.  There was a lot of trial and error to get this to hang level, but also swing back and forth. 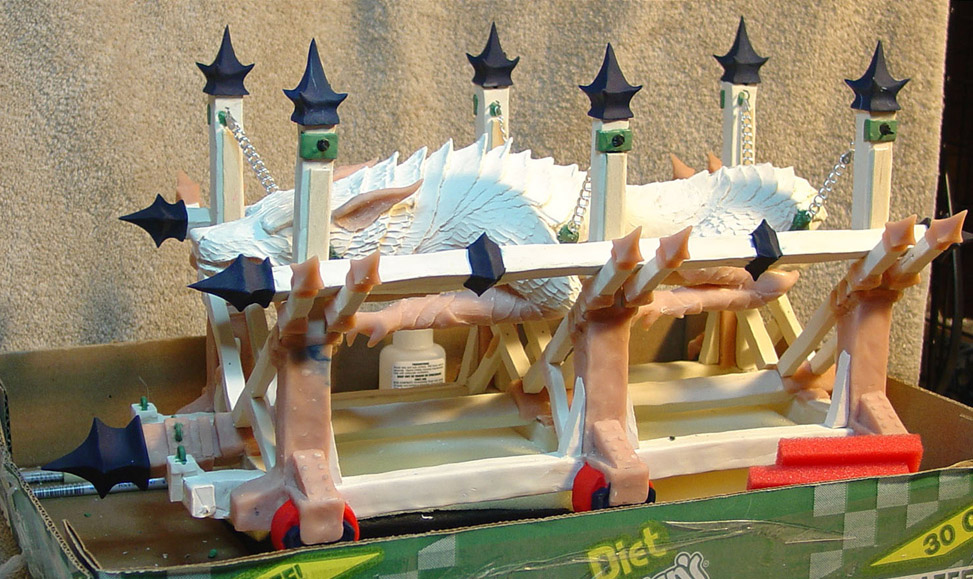 In later posts, I will show the two converted trolls that are pushing it from behind. 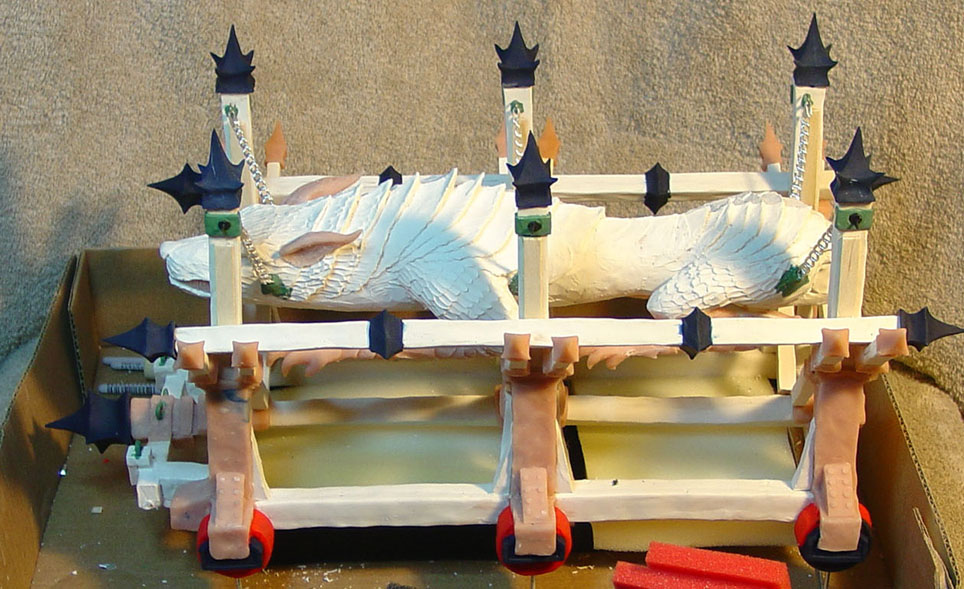 I also sculpted a pair of dinosaur type creatures to pull this.  The whole thing had to be mounted on a board over 2 feet long and 15 inches wide.  After this enormous project, it was time to step away from these epic constructs. :-) 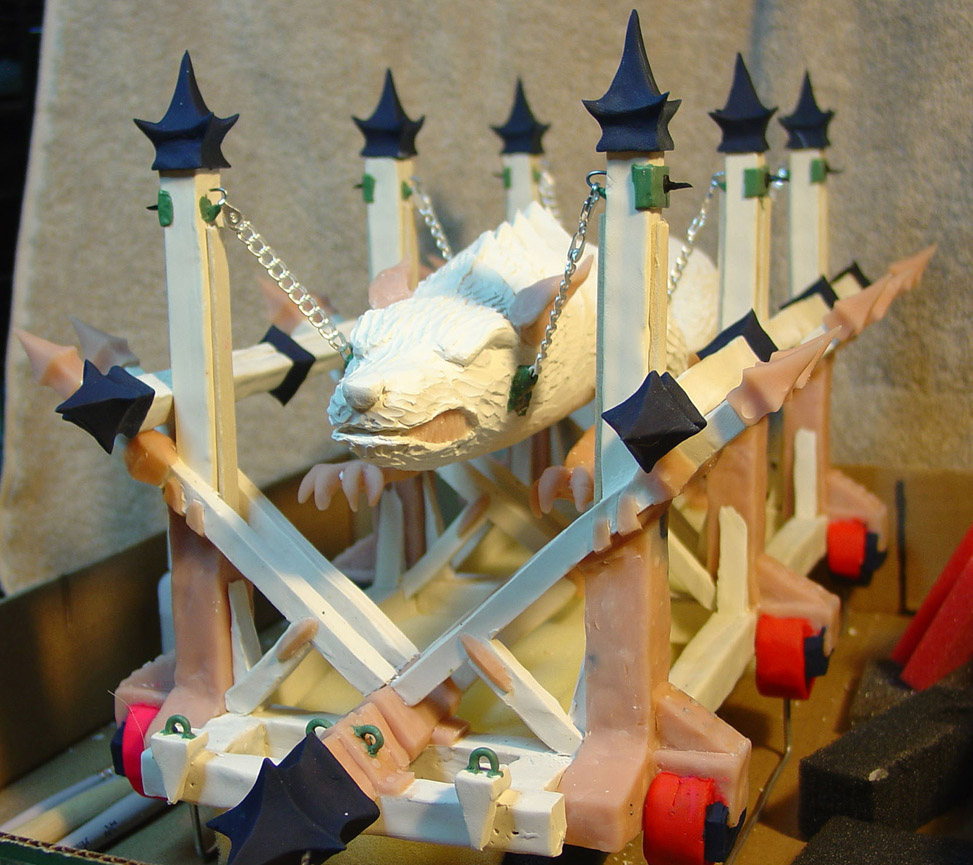 If I were to do this over again, I would be able to make it with far less sculpey.  It would weigh a lot less, and be less fragile. 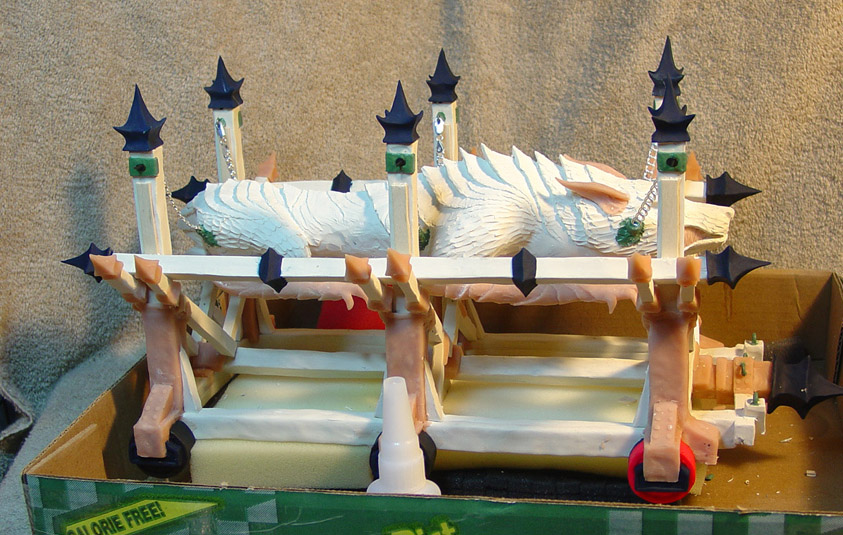 Stay tuned for further posts that show the painting of all the different elements, including some orc archers standing on the top level... just like in the Return of the King!

Once again, I want to say a huge thank you to all of the people who have been taking the time to look at this blog.  It makes it all worthwhile!  I hope to continue posting things that make you want to keep coming back :-) 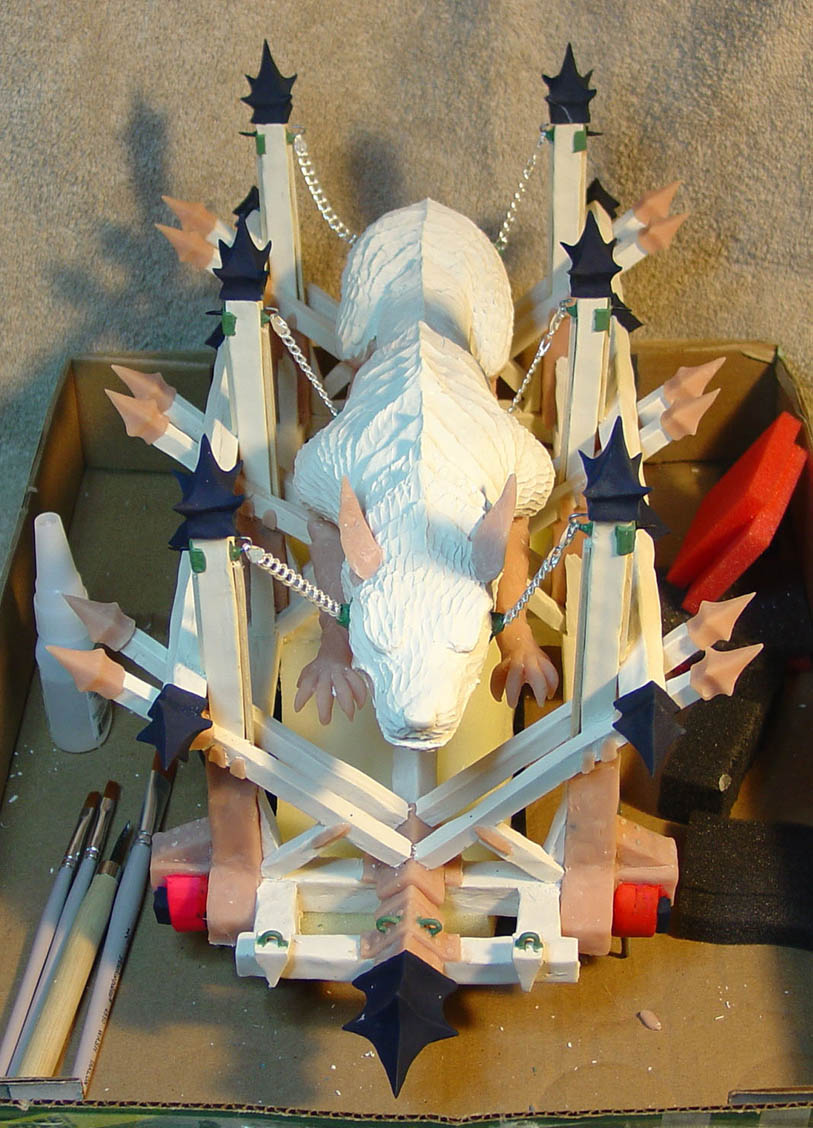 Sir Broderick and the Bronze Goddess 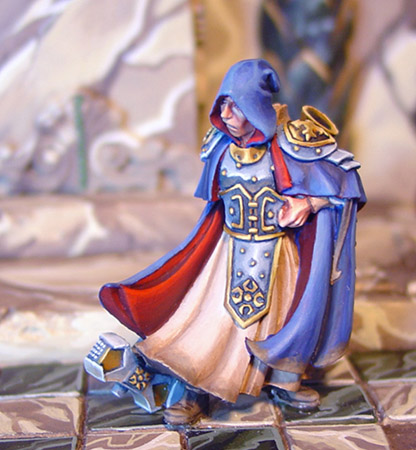 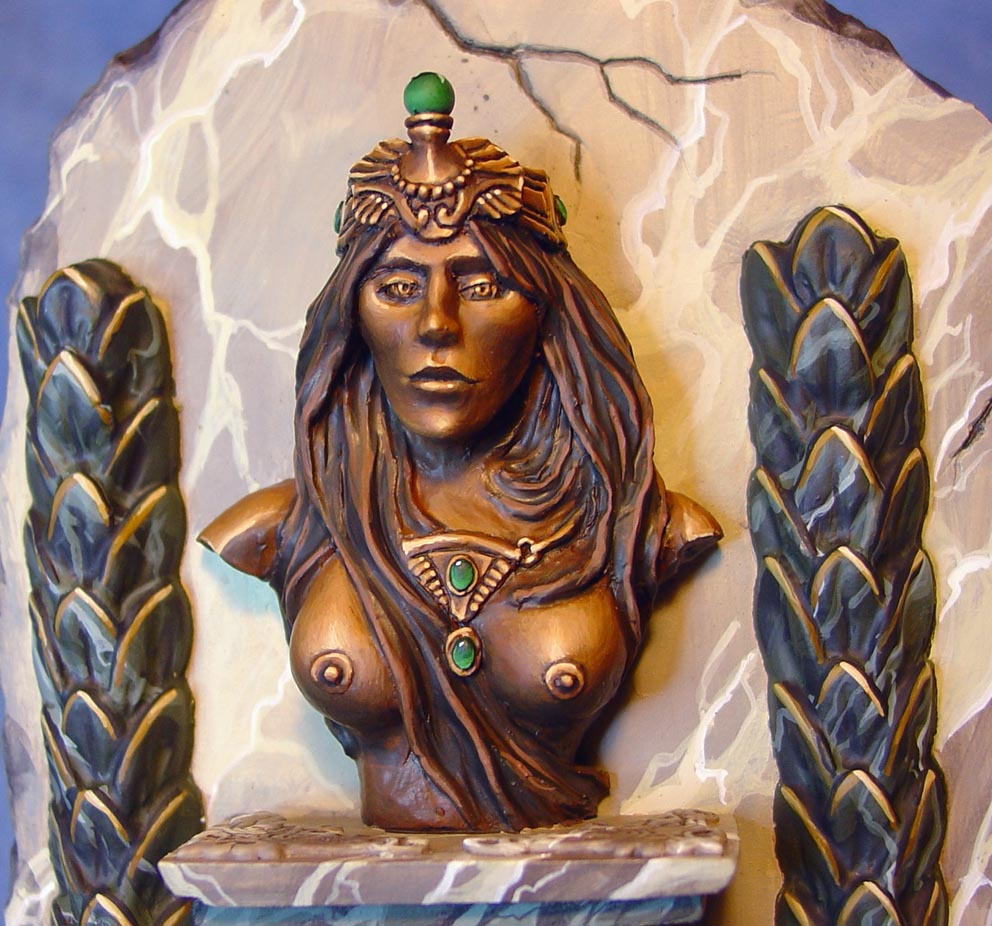 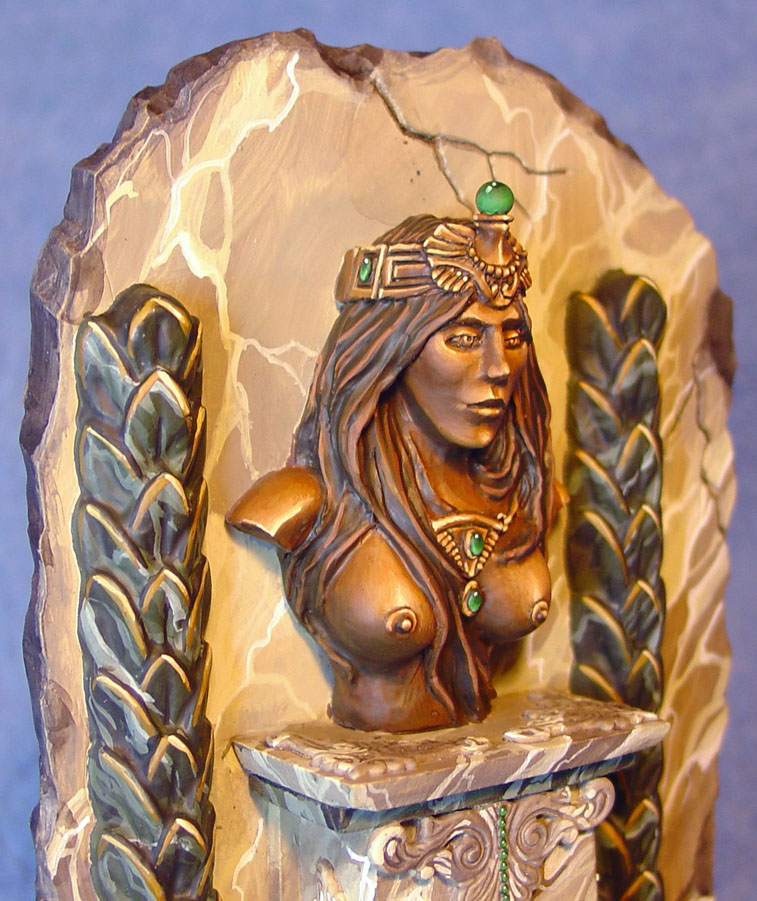 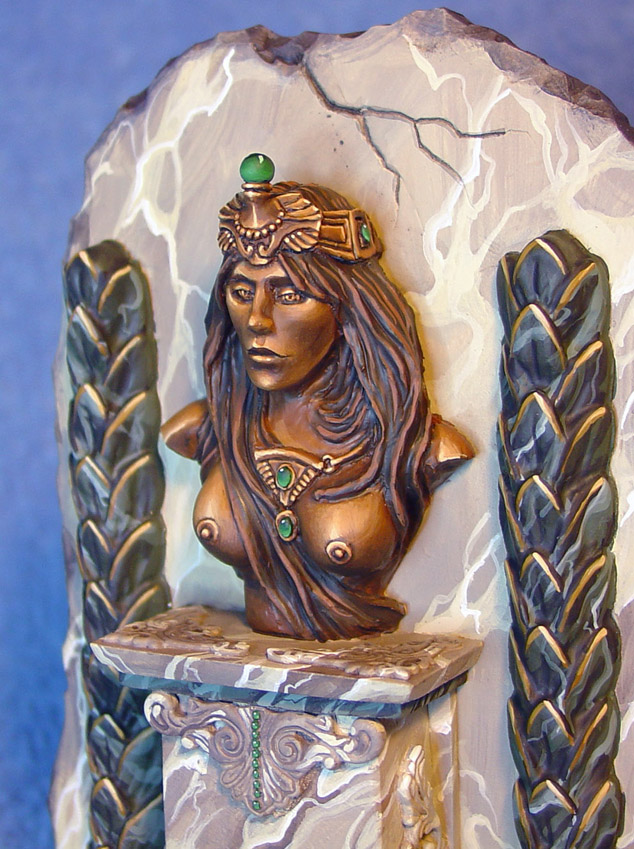 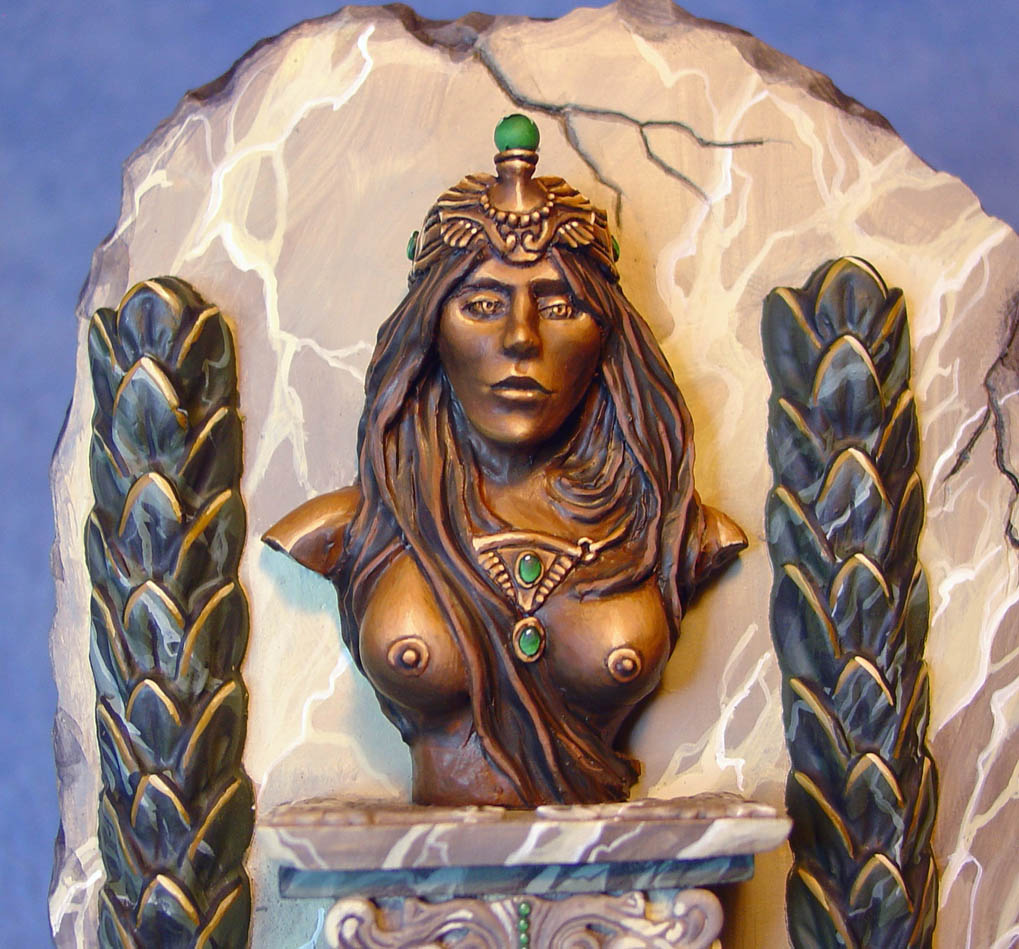 And some close ups of the Sir Broderick miniature... 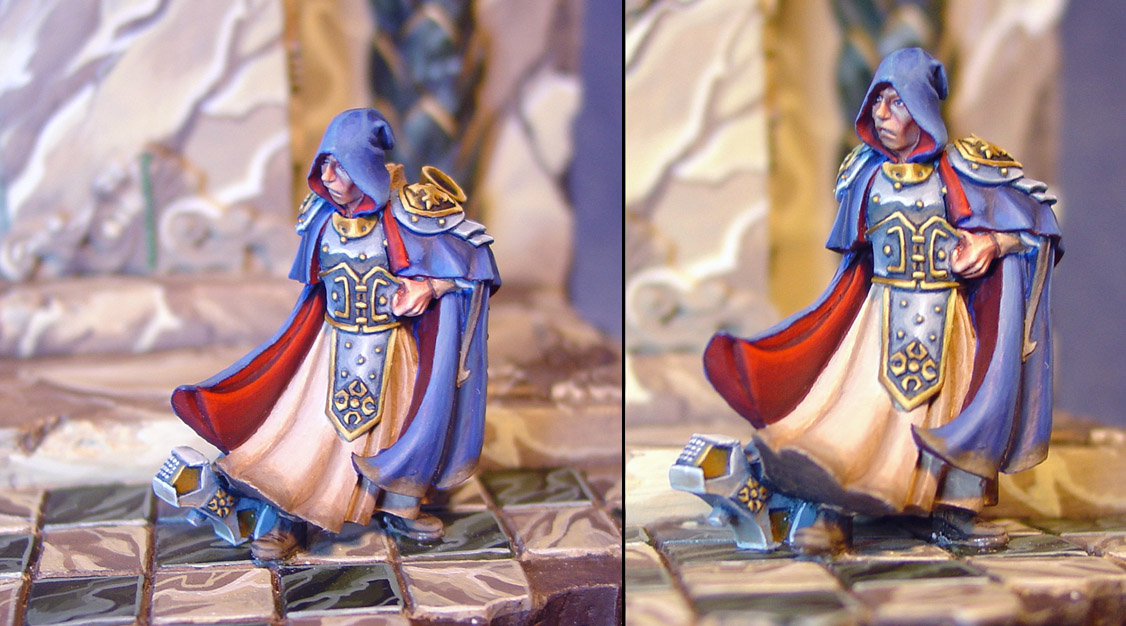 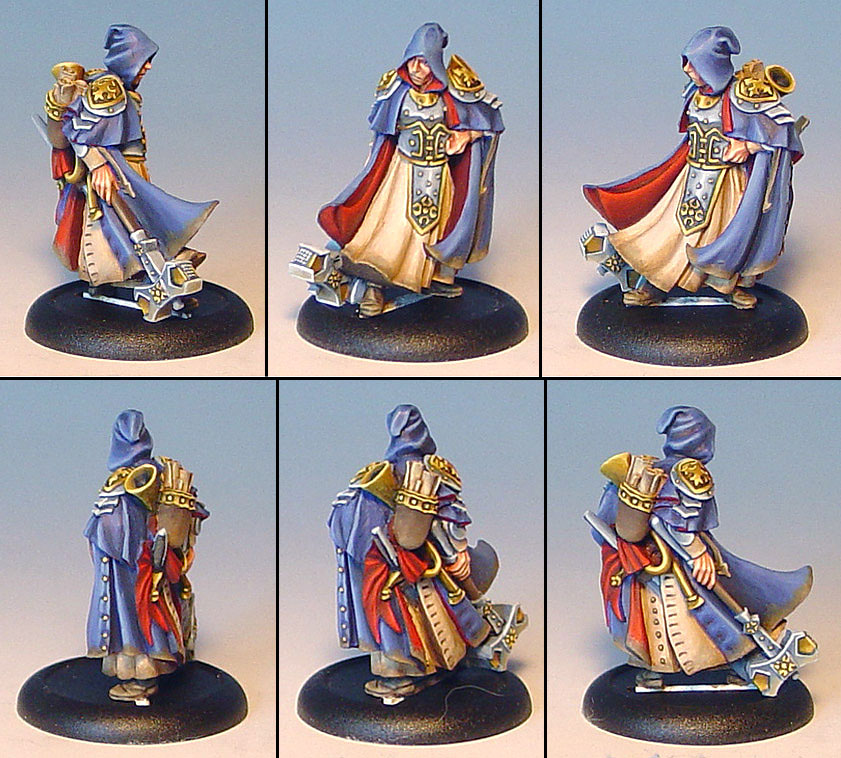 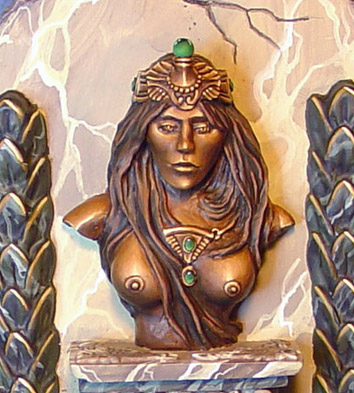 OK, here are some images of the diorama after it had been painted.  I knew that I needed some contrast in colors, so I chose the Dark Green marble which would  contrast nicely with the bronze goddess herself! 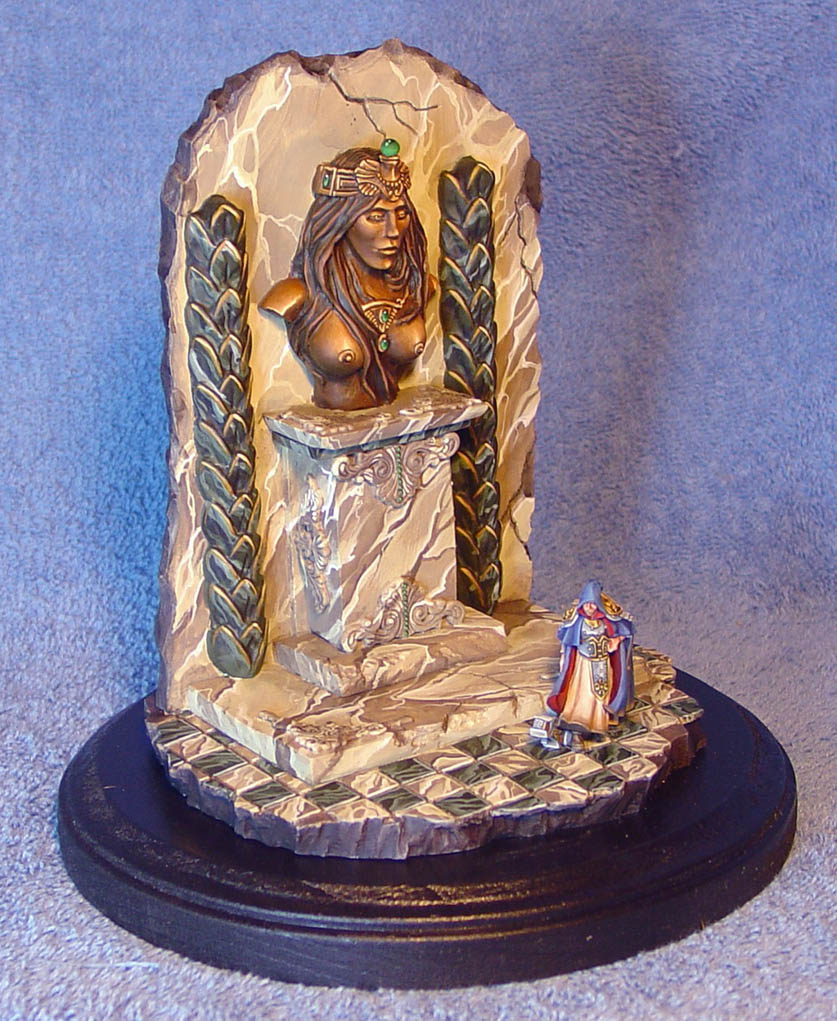 It can be a bit of a challenge to vary the "grain" of the marble, which can show individual pieces or slabs of marble very clearly. 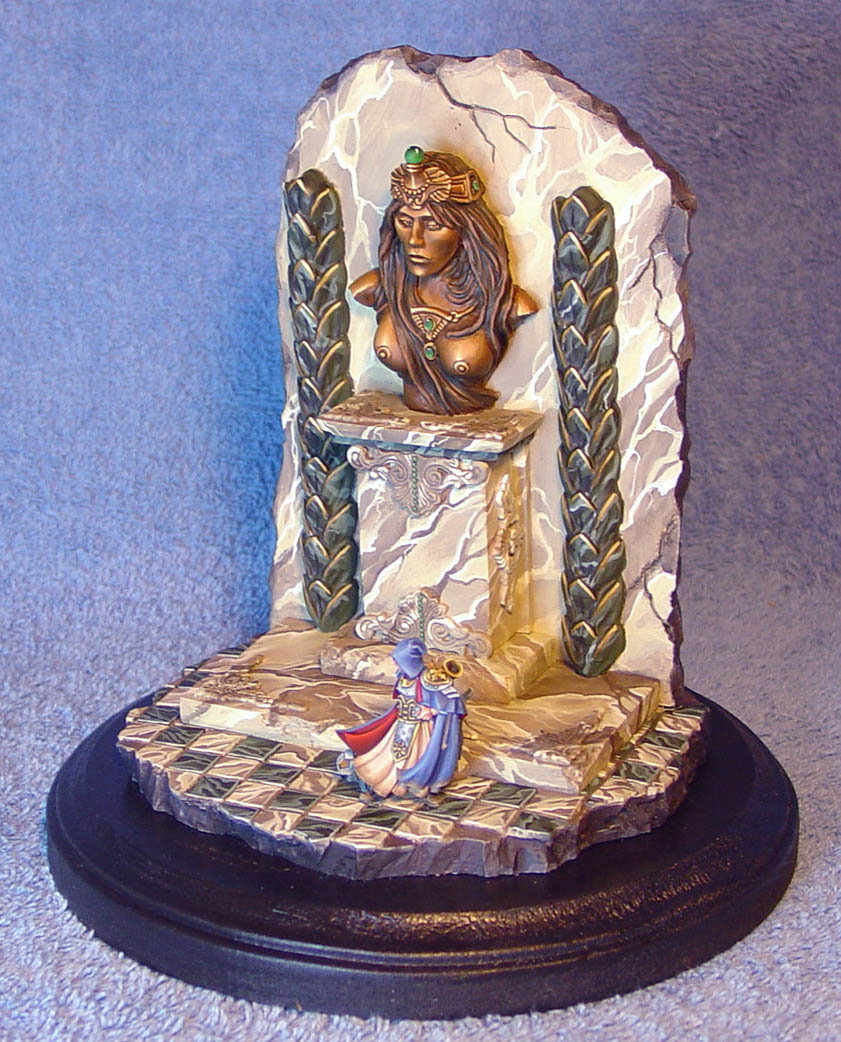 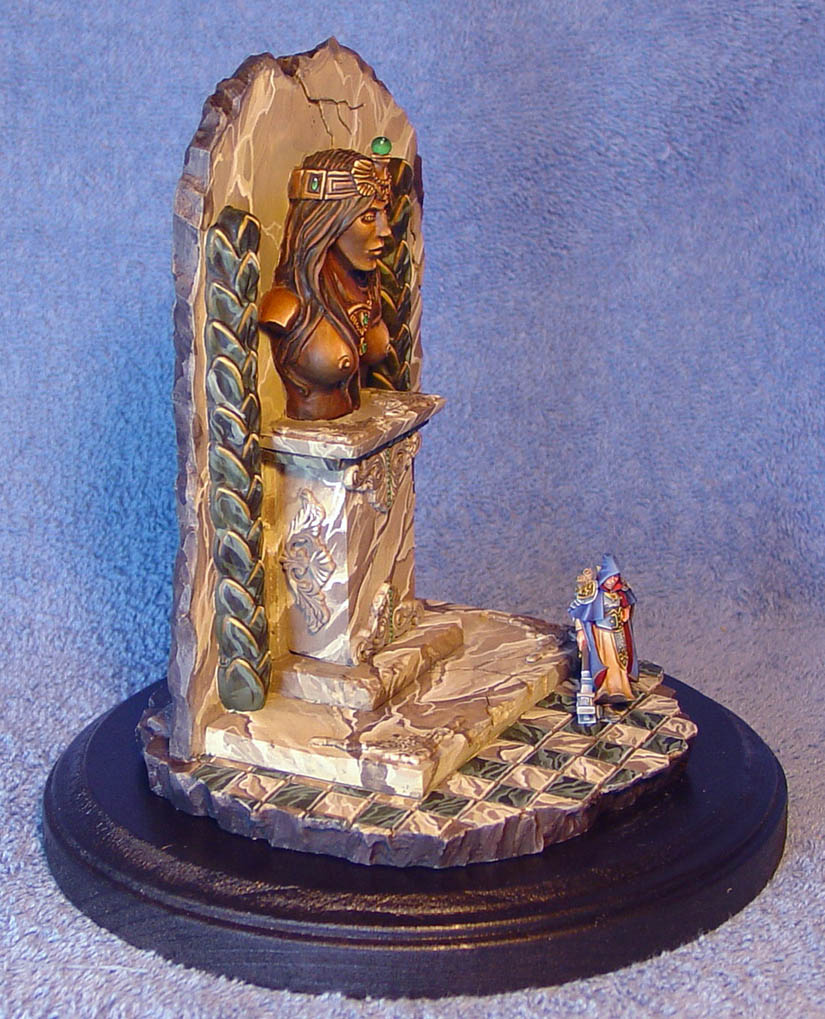 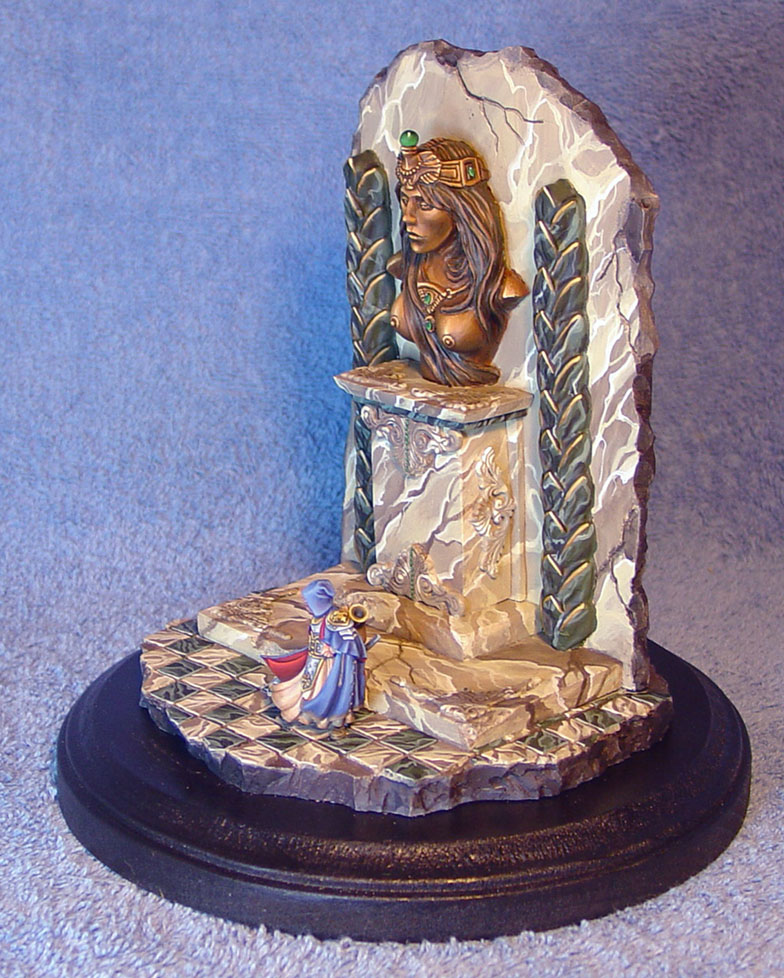 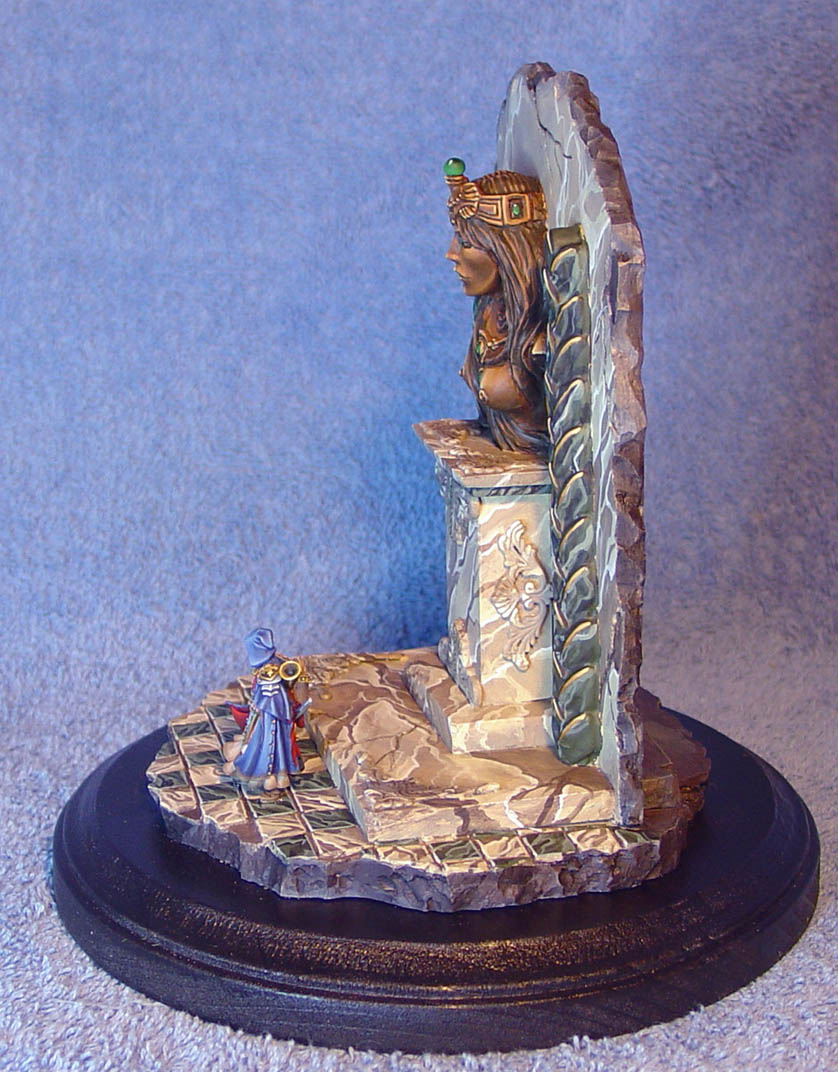 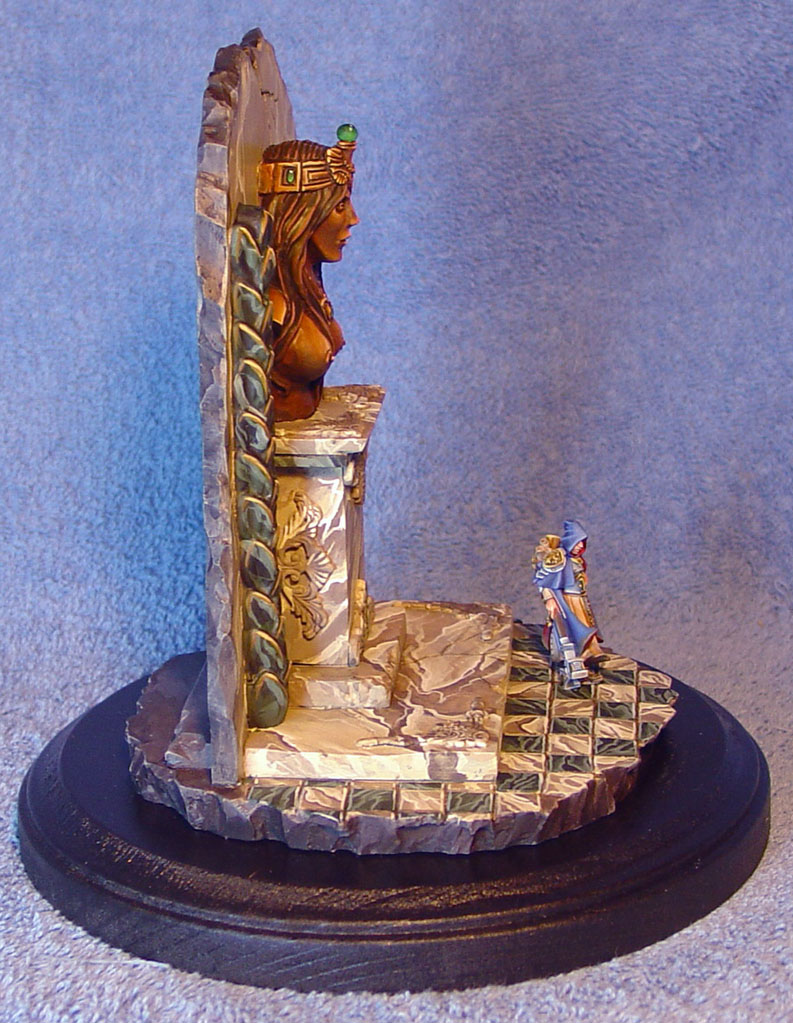 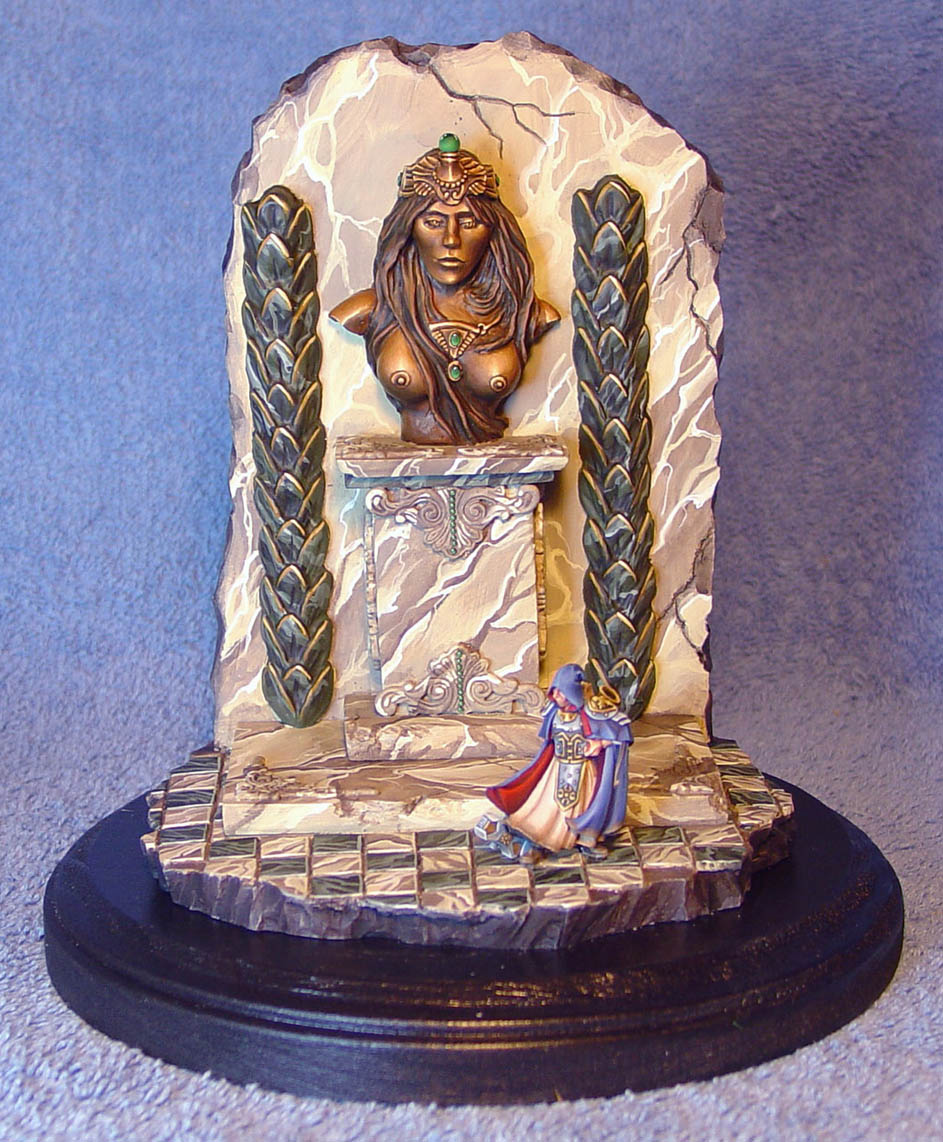 My next post will have close up pictures of the goddess and of the miniature.  Stay tuned!! 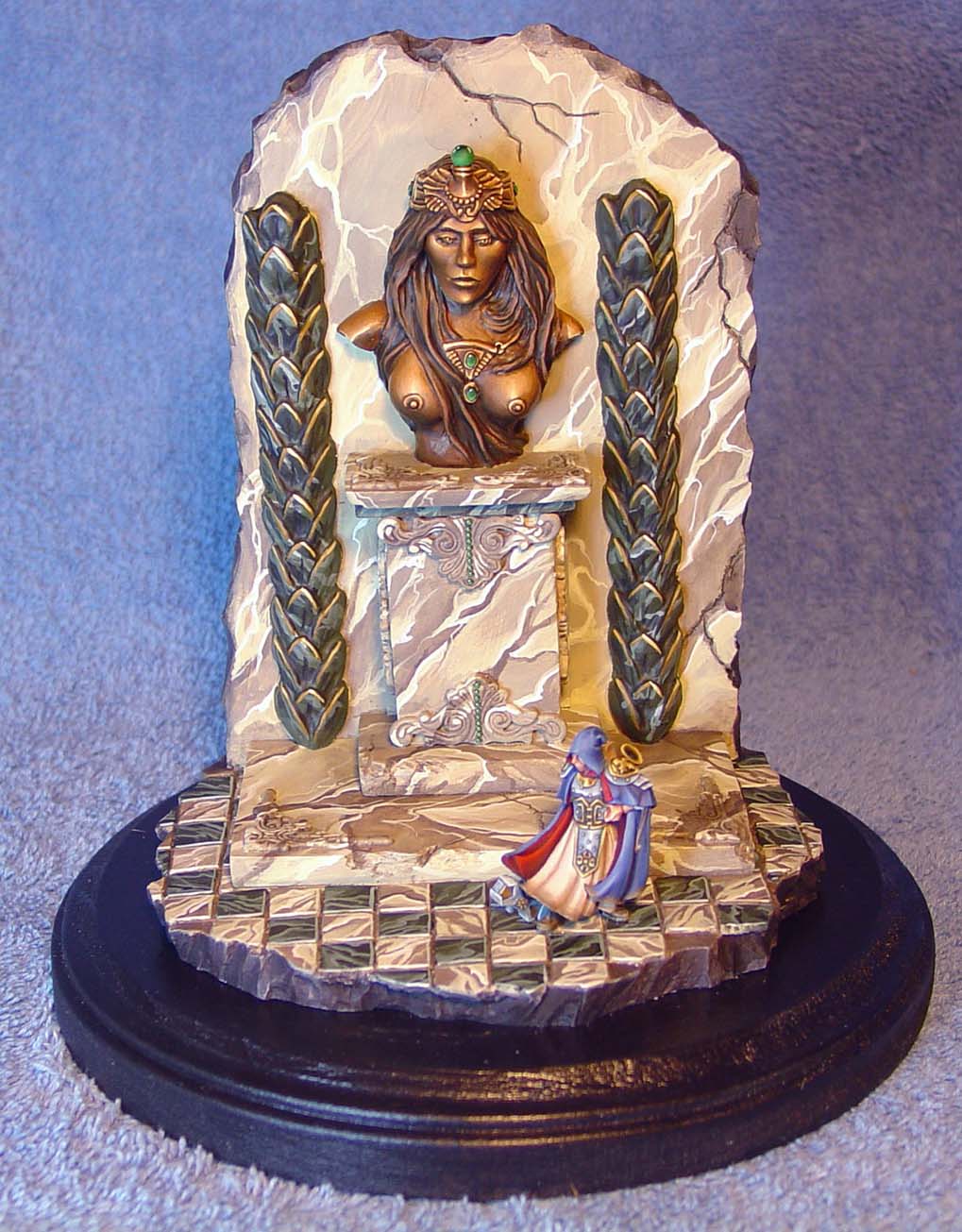 Posted by wappellious at 1:41 AM 2 comments: