The batch is almost complete! 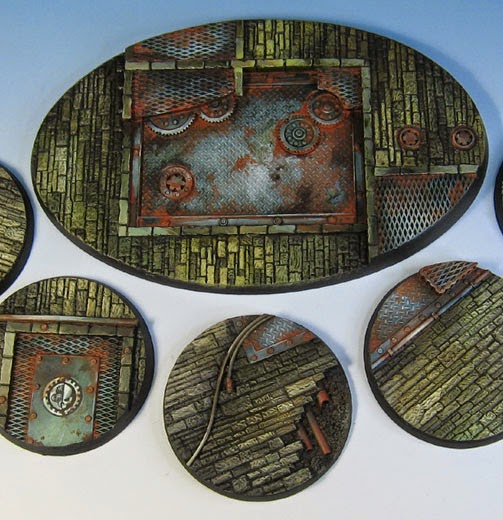 All right... here are some quick shots of the bases as they stand right now.

More adjustments will be made to them once the miniatures are placed on them! 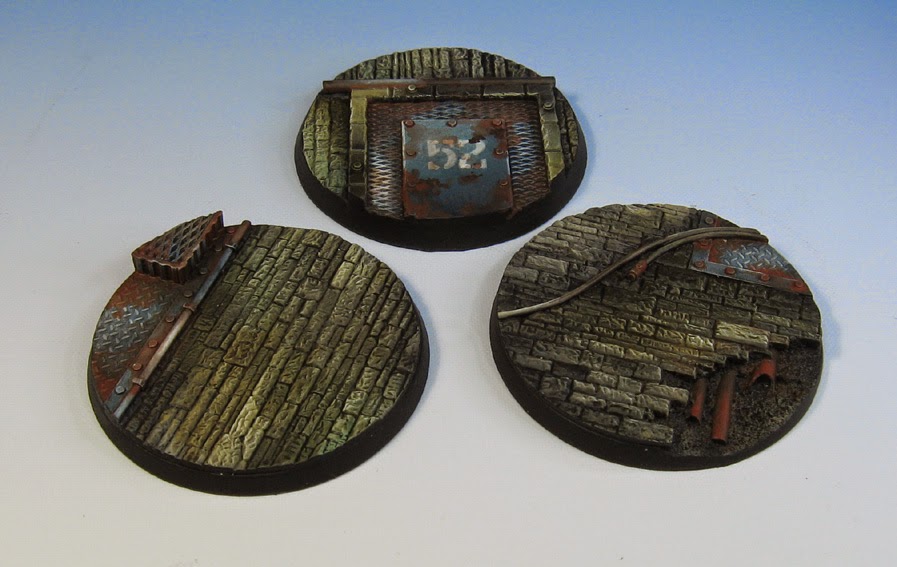 Dragon Forge bases are quite nice, since you don't have to deal with mould release, air bubbles, concave or sanded undersides, and so on.  The textures are always very clear and neat, which makes them easy to paint.  And that makes a painter happy! 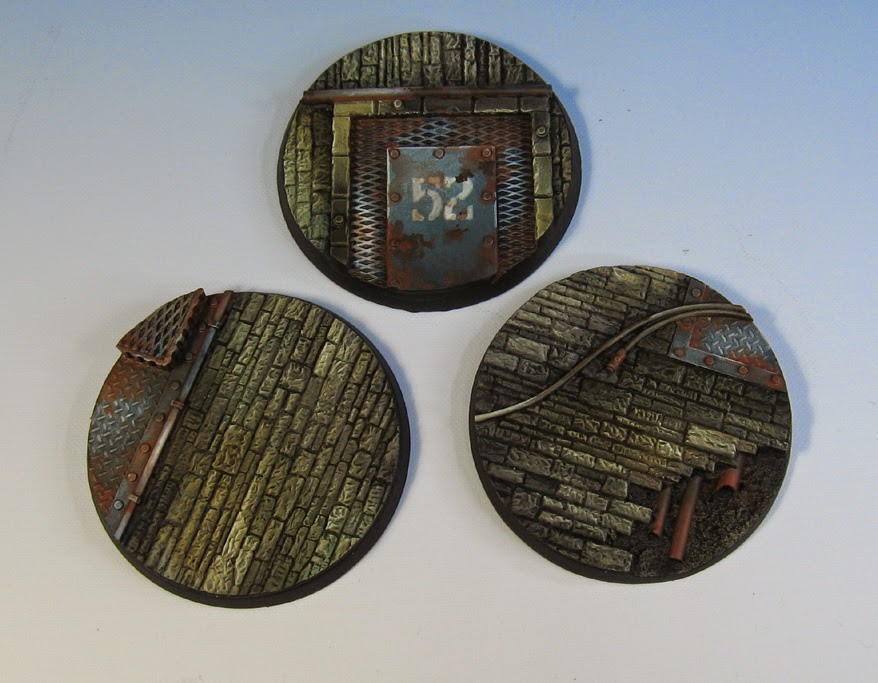 I put a Mechanicus symbol on one of them, since I could not resist!  I will be painting that icon many more times in the coming weeks, that's for sure! 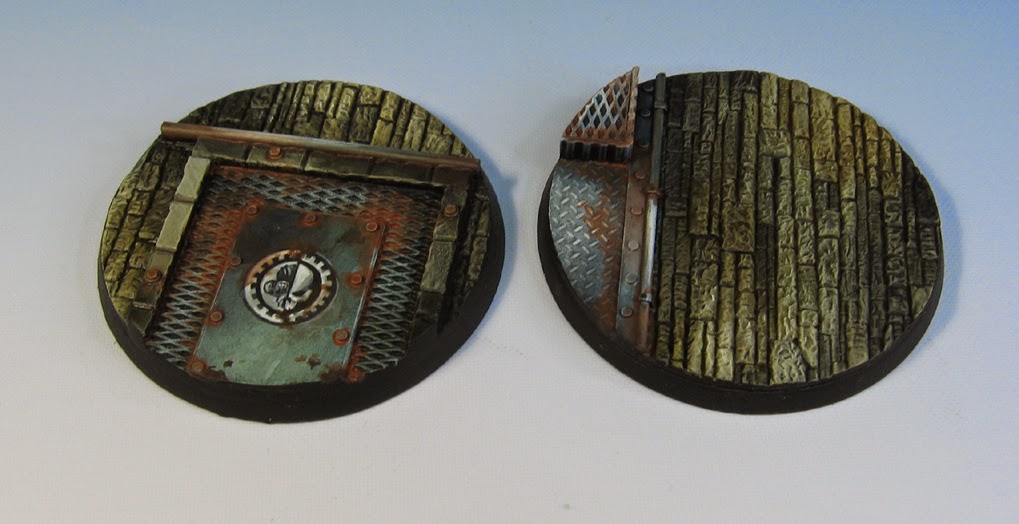 Here are the four different designs. 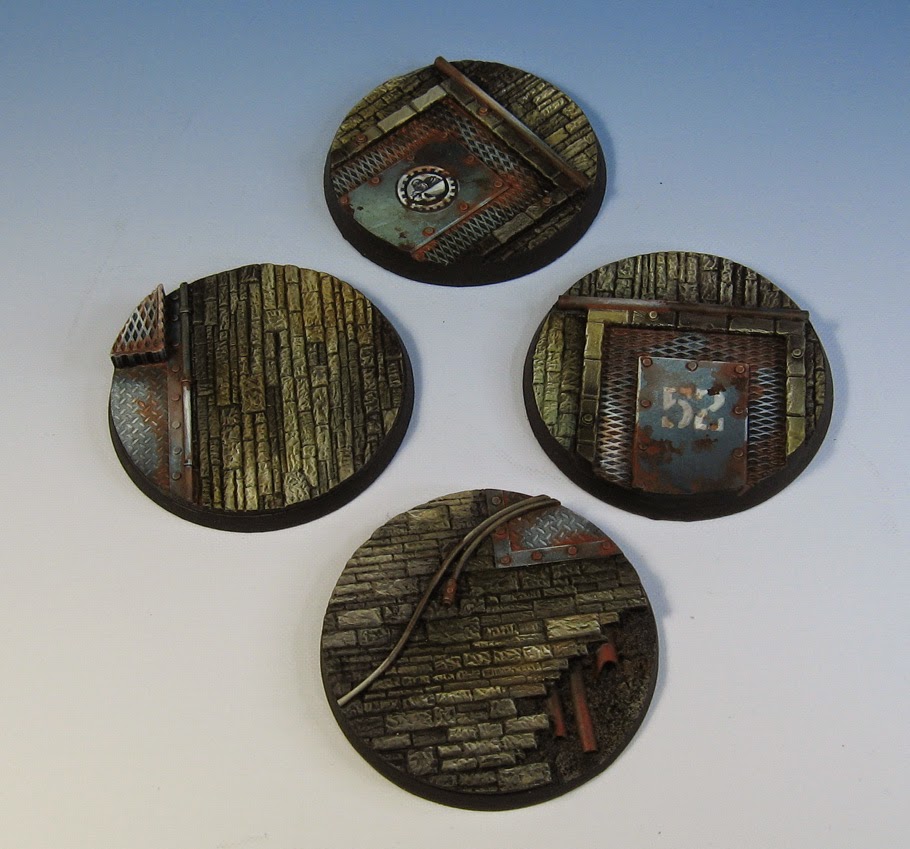 And the full group of five. 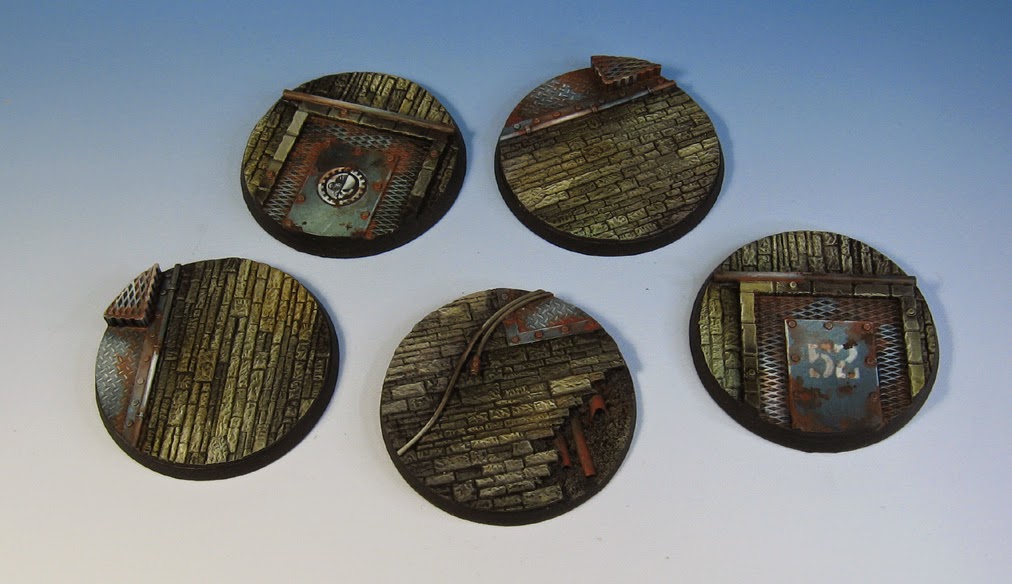 Now let's add one of the BIG bases to these 60mm bases. 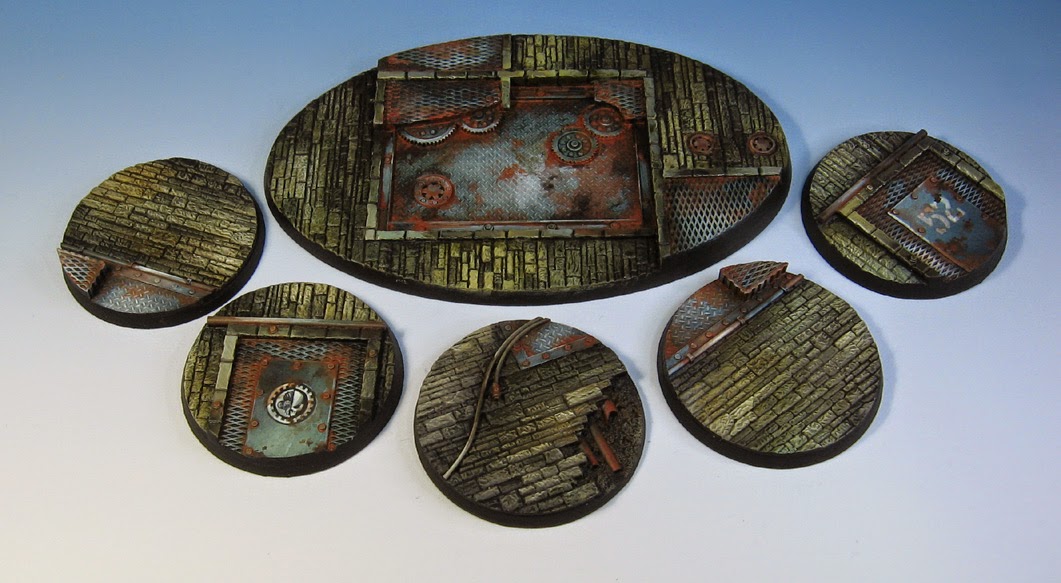 You can find them all at:
http://www.dragonforge.com/ 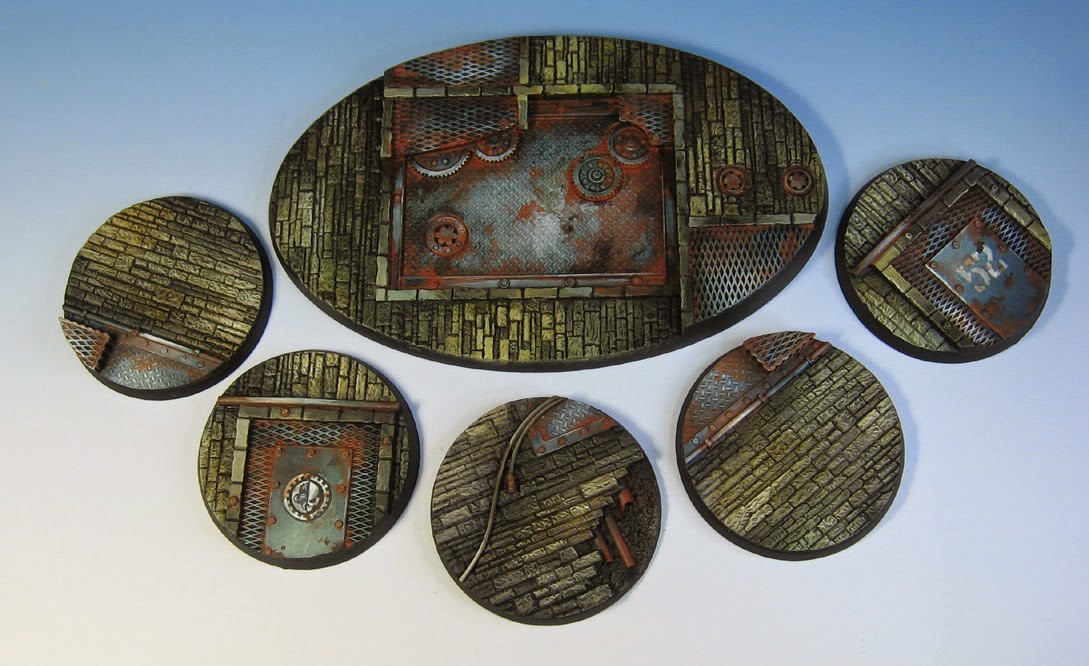 Posted by wappellious at 3:46 PM 2 comments: 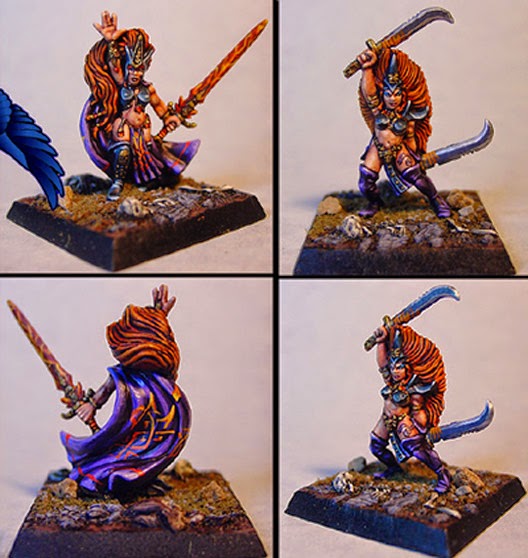 Since there have been a number of requests to see older minis that I have painted, I tried to find some images of those older figures.  I ran across some that were painted between 8-12 years ago.

My apologies for the promo graphics.  I made these way back in 2007 for our first Adepticon :-)

Here we have some very cold figs that I painted about 10 years ago.  This was long before I ever thought of the Shaded Basecoat or glazing! 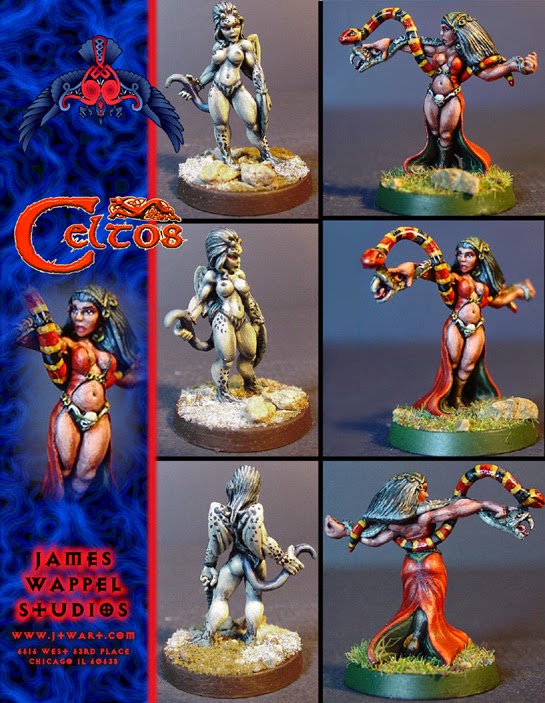 These are from a similar era.  They took ten times longer to paint, that's for sure.  Knowing what I do now, it's a very different prospect. 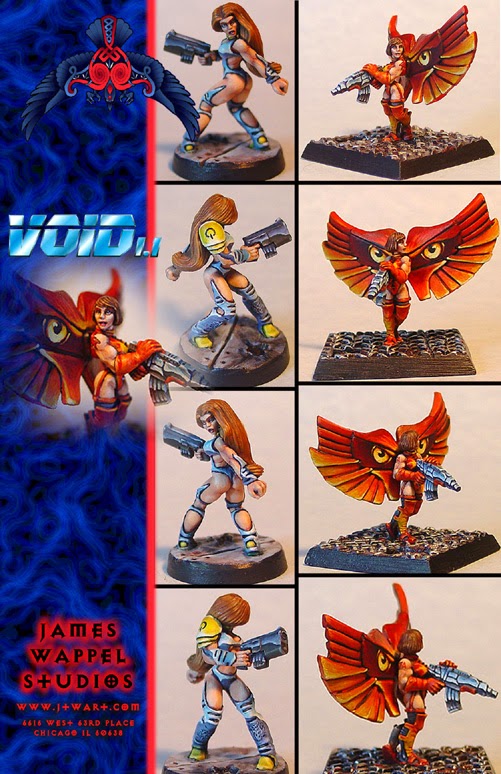 Here are some really old Reaper minis, which are between 10 and 12 years ago.  This first example is so ancient, it predates the time where we learned that it is best to bake the sculpey first, and then chip away at it! 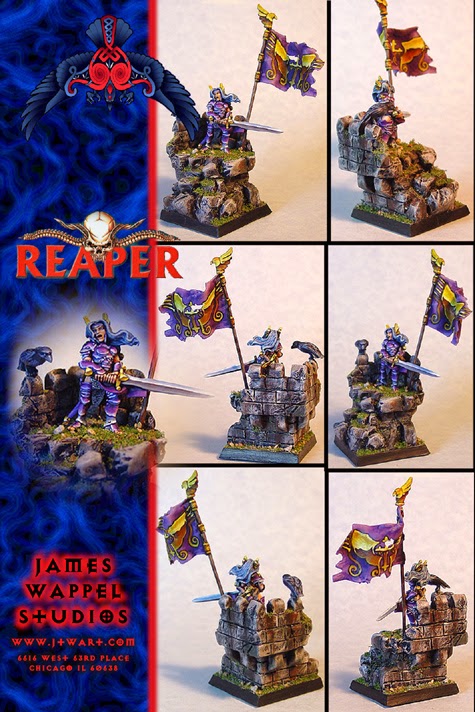 These are the oldest figures... at least 12 years old.  Closer to 13 years ago now.  They were for our group's first D&D campaign. 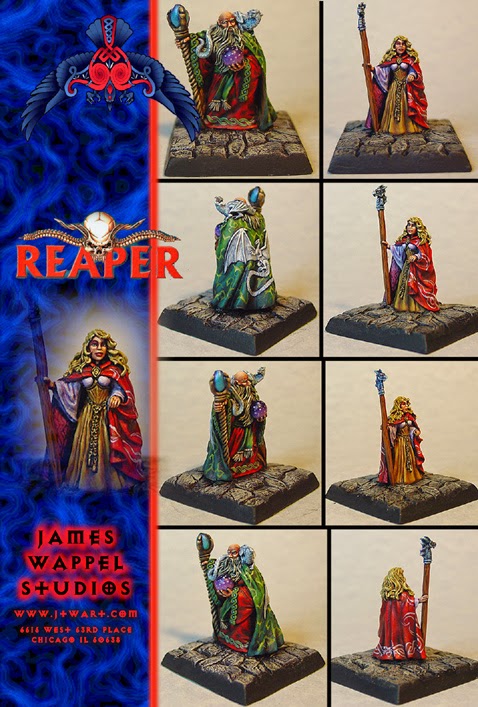 I know this one is from 2004, since the diorama that went with it was made in November of that year! 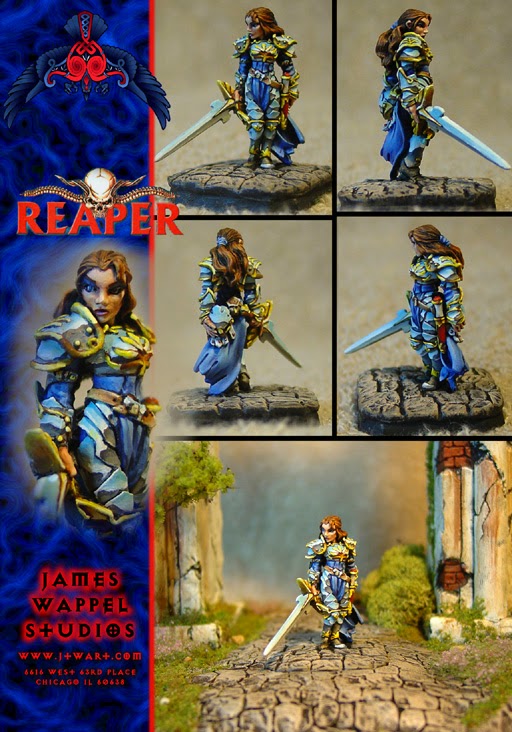 Now for some old Games Workshop figures!  Object source lighting was not only new to us... but just about everyone else too!

These were some of my first experiments with it.  These are also 10 or 11 years old. 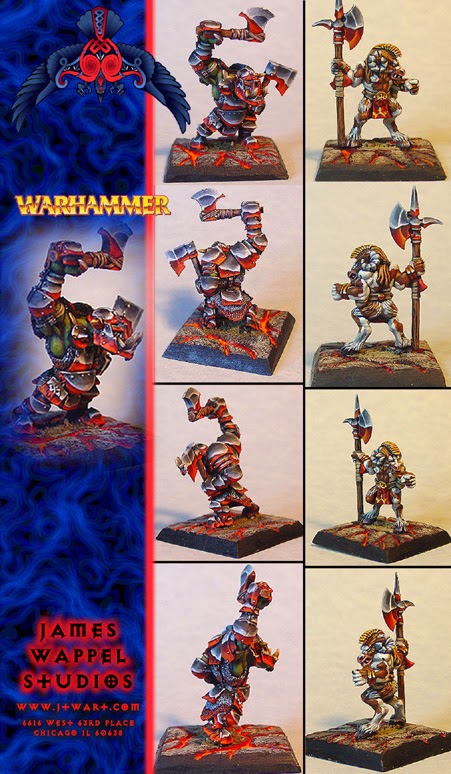 Way back in the day, GW used to sell boxes of 8 plastic figures for $8.  That will tell you how old these are!  Each box had a different theme.  There were Skaven, Chaos, Dwarves, Undead, Adventurers, and even Space Marines.

They were all one piece minis.

I hope you enjoyed this trip in the way back machine!!! 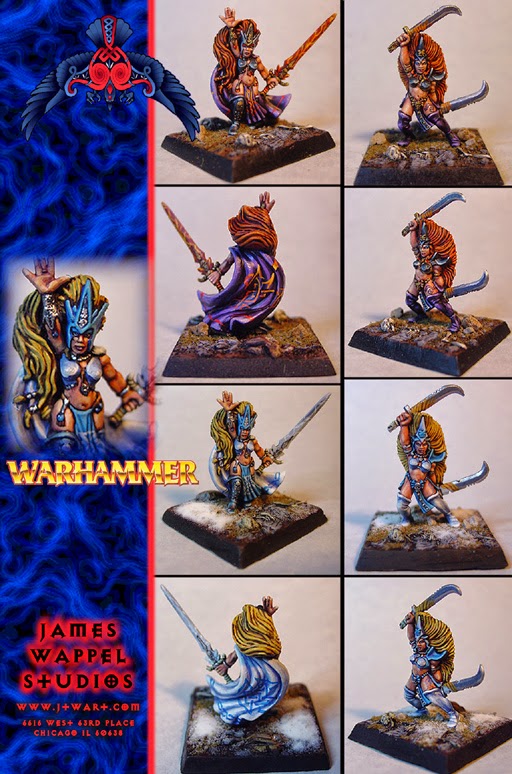 Posted by wappellious at 1:13 AM 4 comments: