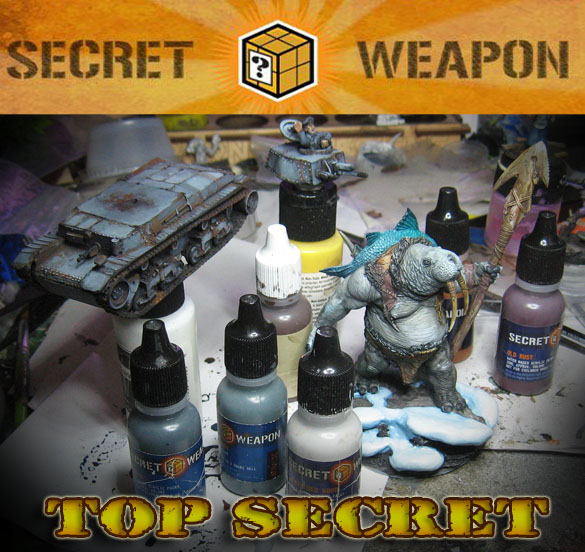 I thought this might be an interesting article.  In my painting world, I have to work on dozens of projects all at once, which means painting very disparate genres and types of figures in one setting.

Finding a giant walrus man with a tank, a blood bowl figure, wild west and blood bowl along with a half dozen other unrelated minis is pretty much another day that ends in "Y"! 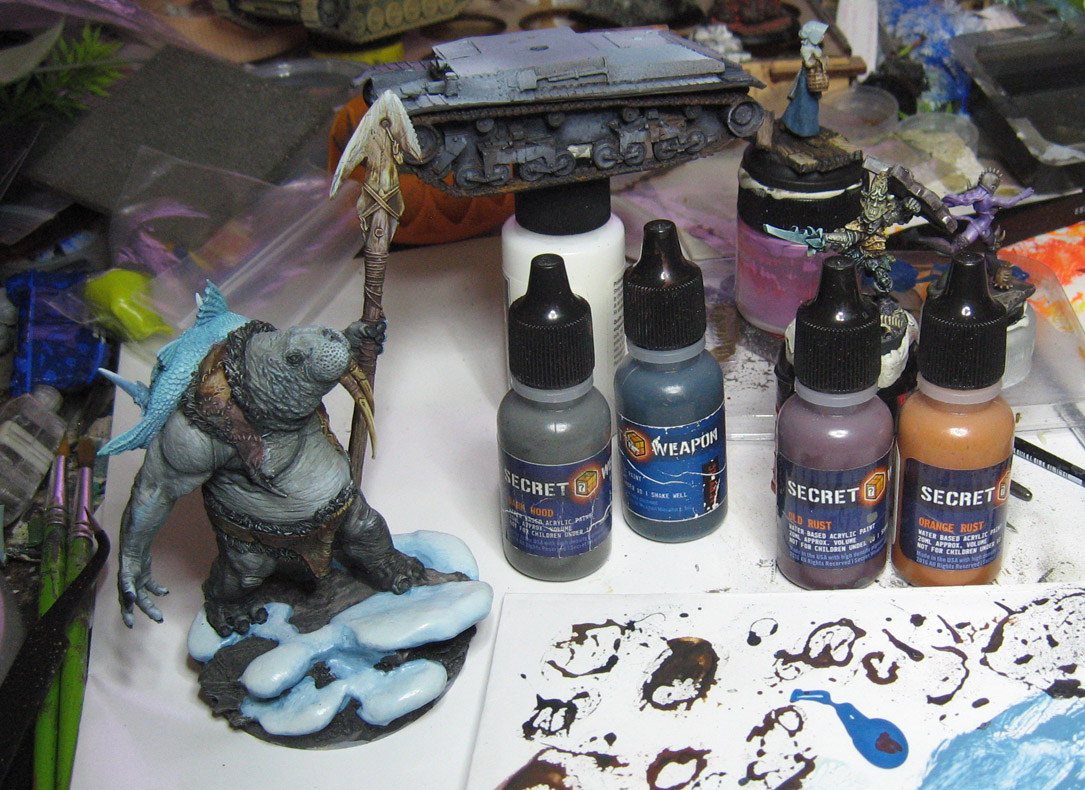 I thought it would be an excellent way to show how I use the Secret Weapon paints on figures that seem completely unrelated, but in practical terms use the exact same colors. 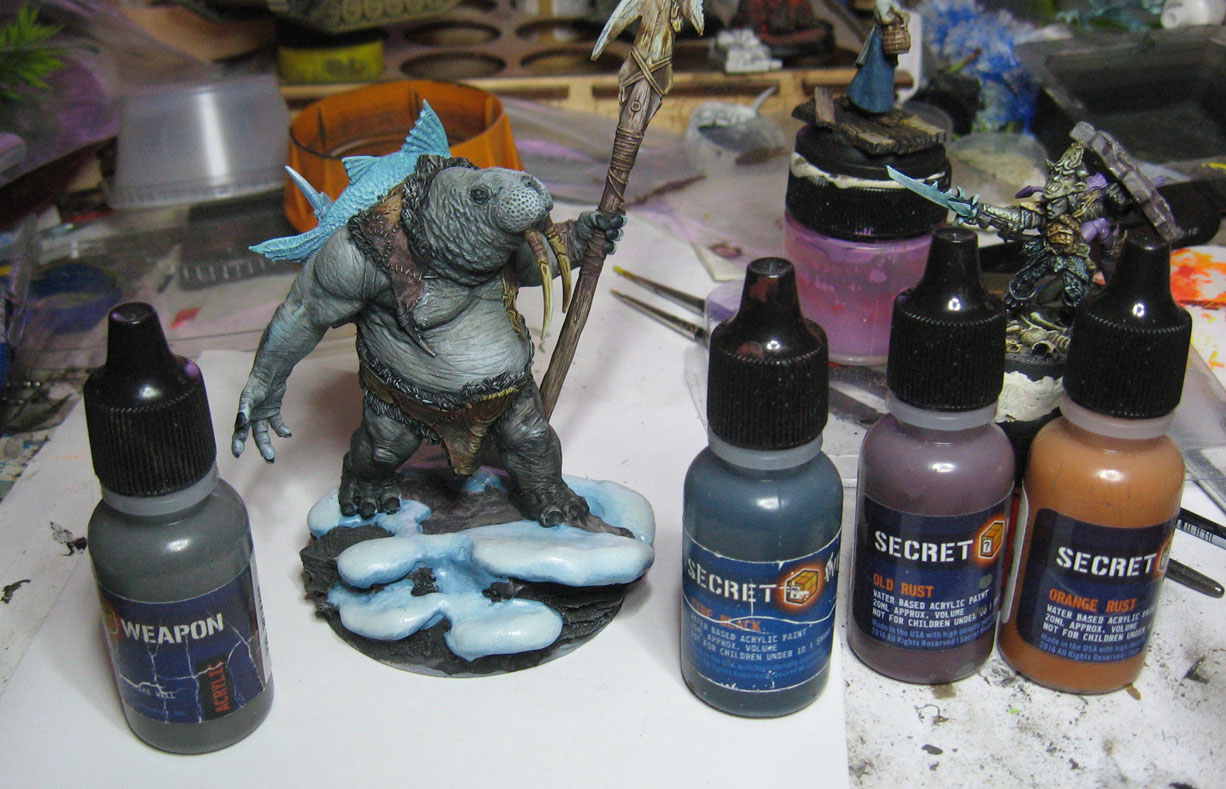 You will notice that the same color set remains on the palette no matter what is being painted.  I chose these intentionally, which really increases painting efficiency.  The Secret Weapon paints can be used like washes, or semi washes, and that is really handy in this type of painting. 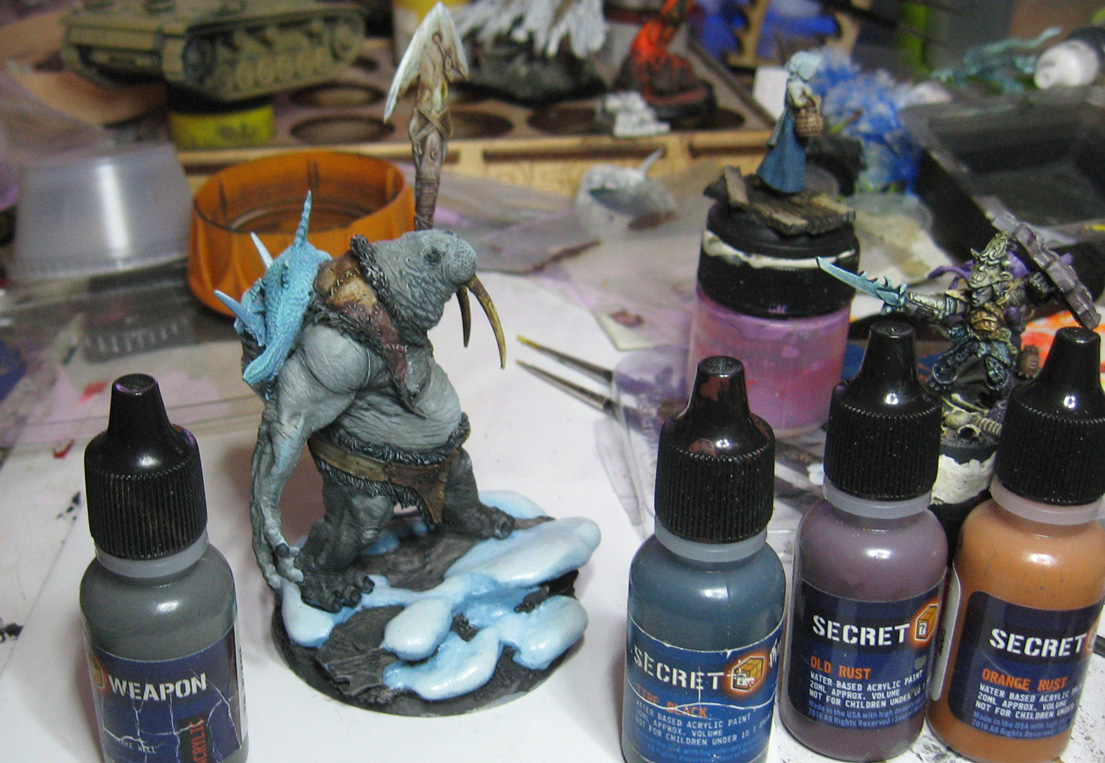 Same colors!  I will be doing the same kind of "semi-glazes" on the Panzer 35T as well.  I have already been working on the tracks, running wheels and even the exhaust, using a series of glazes.

Water works fine for thinning them down, but I have also used a flow improver material. 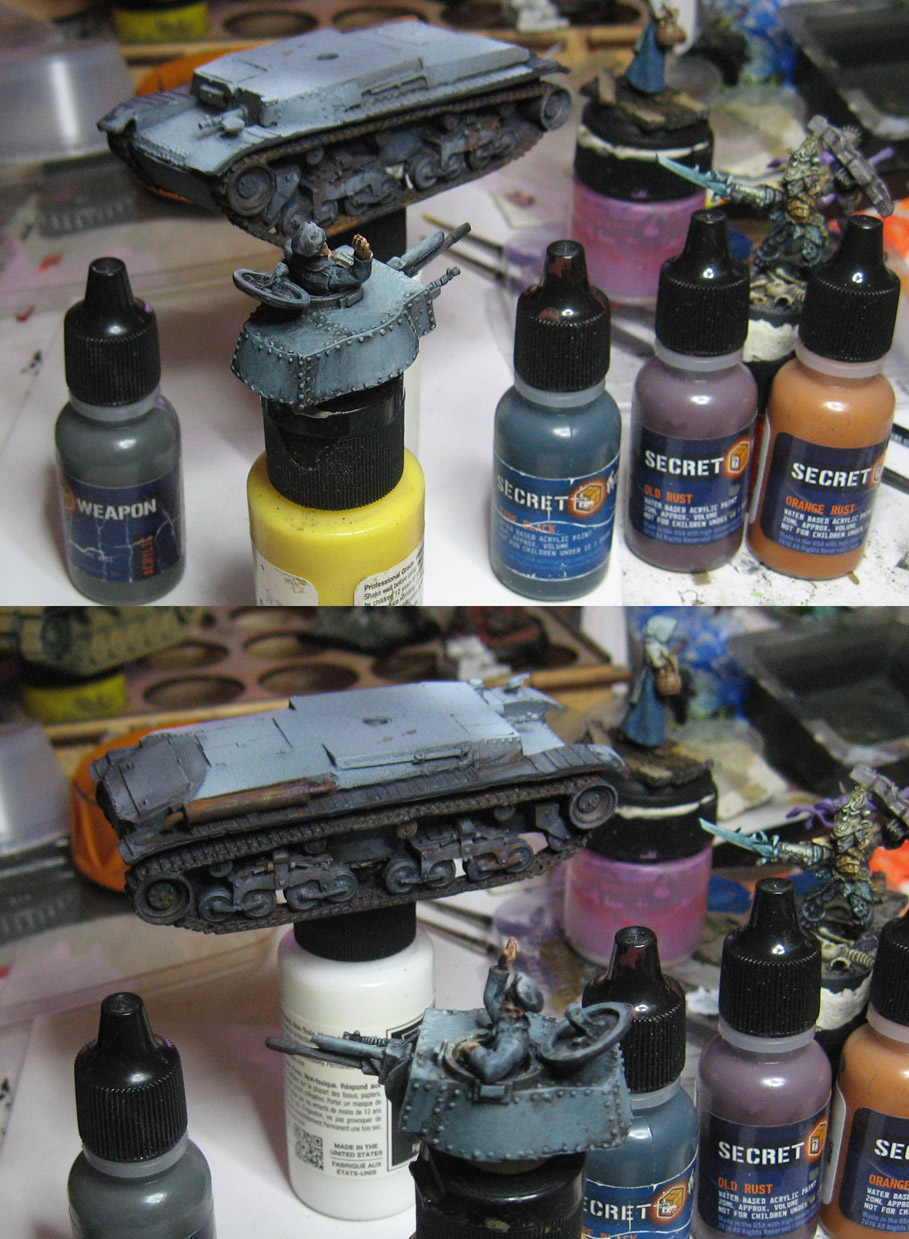 The nice thing about these paints is that they don't break down when mixed with water.  Even though they become very transparent, they still cover and tint the lighter tones beneath them. 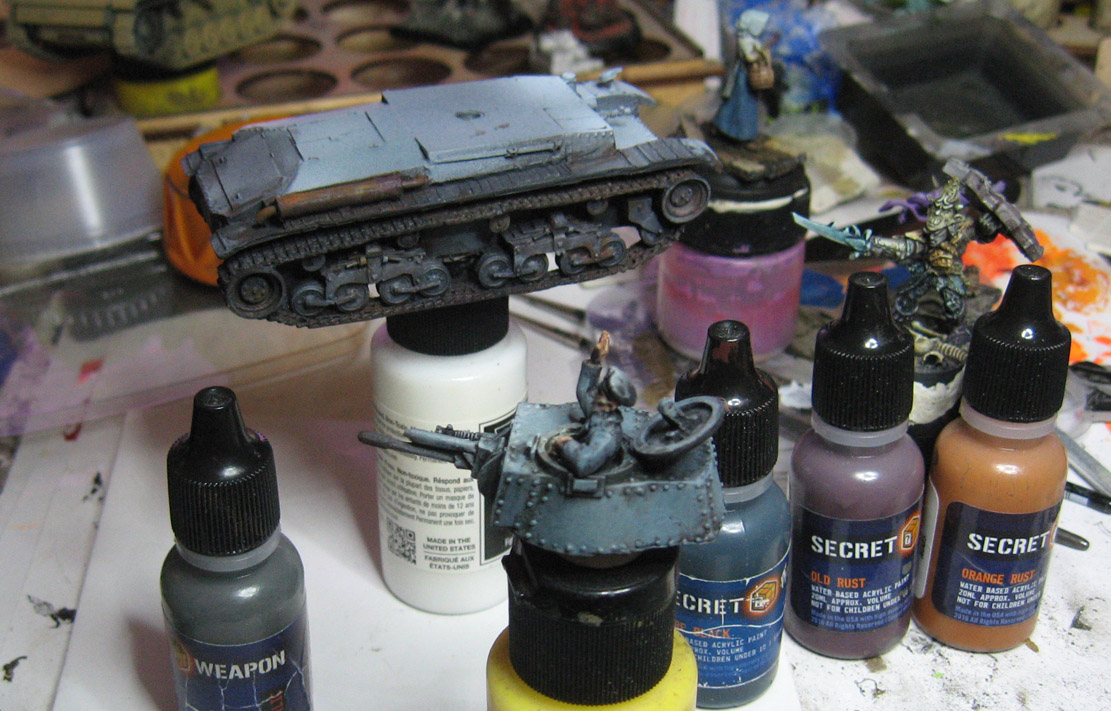 By mixing the water or flow improver into the colors, they will really sink down into crevices, and remain very flat.  This helps to get rust effects and other weathering, which has a tendency to be extremely matte. 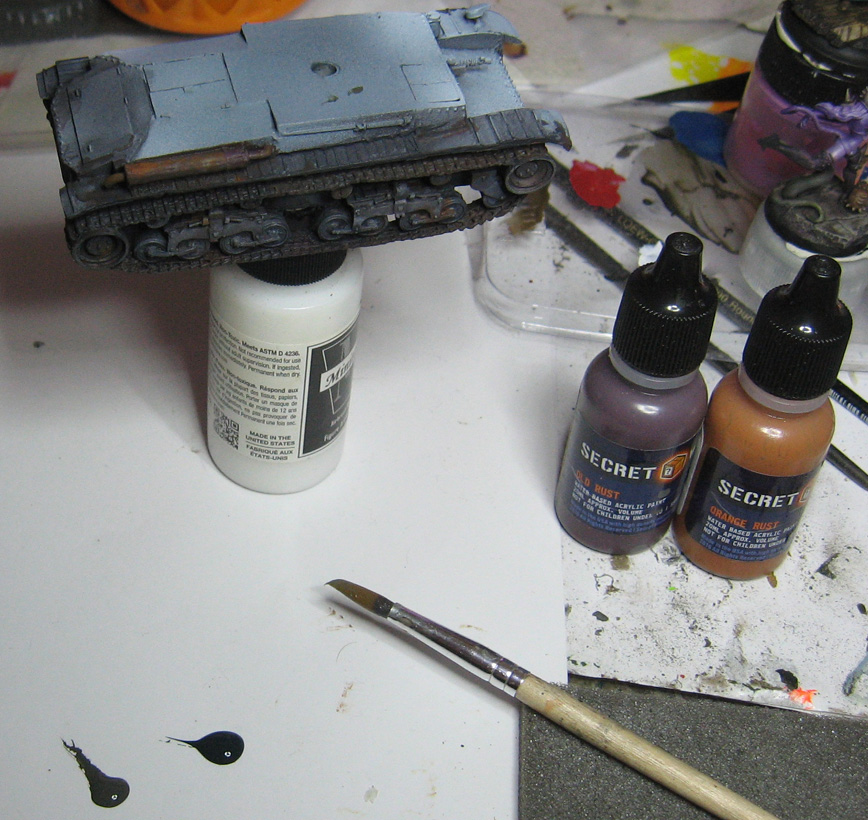 In these images, I have been doing some blueish gray washes over the upper surfaces of the vehicle.  You can see the subtle darker tones on the right hand image. 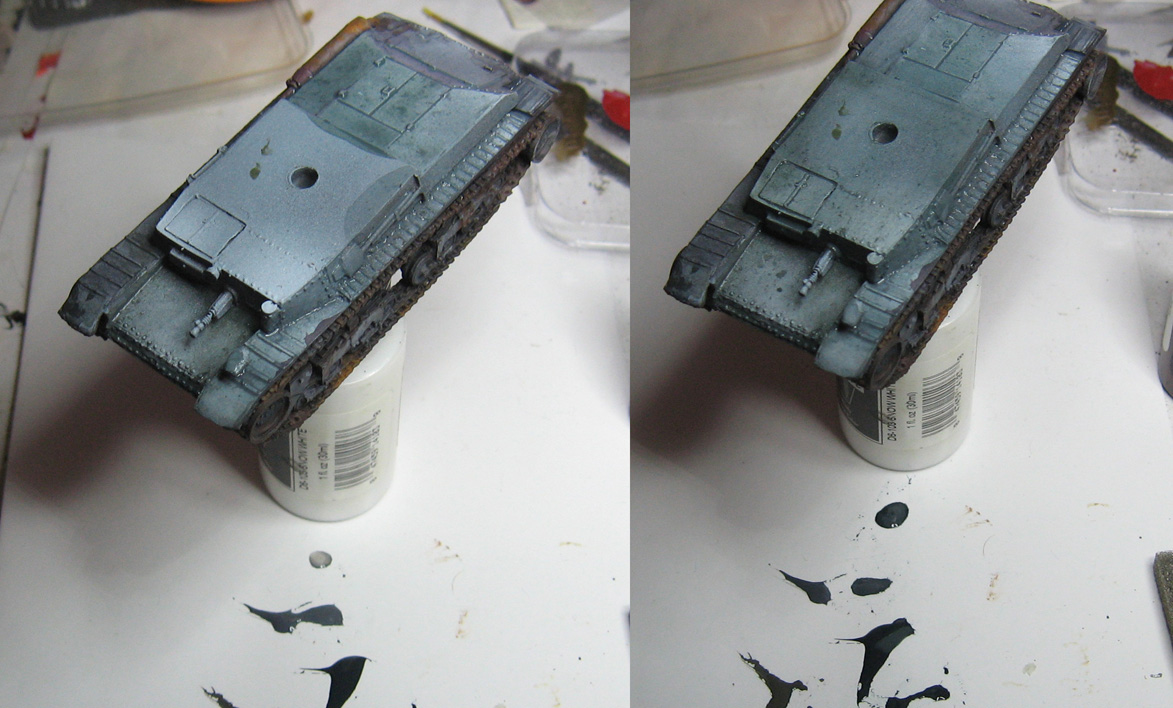 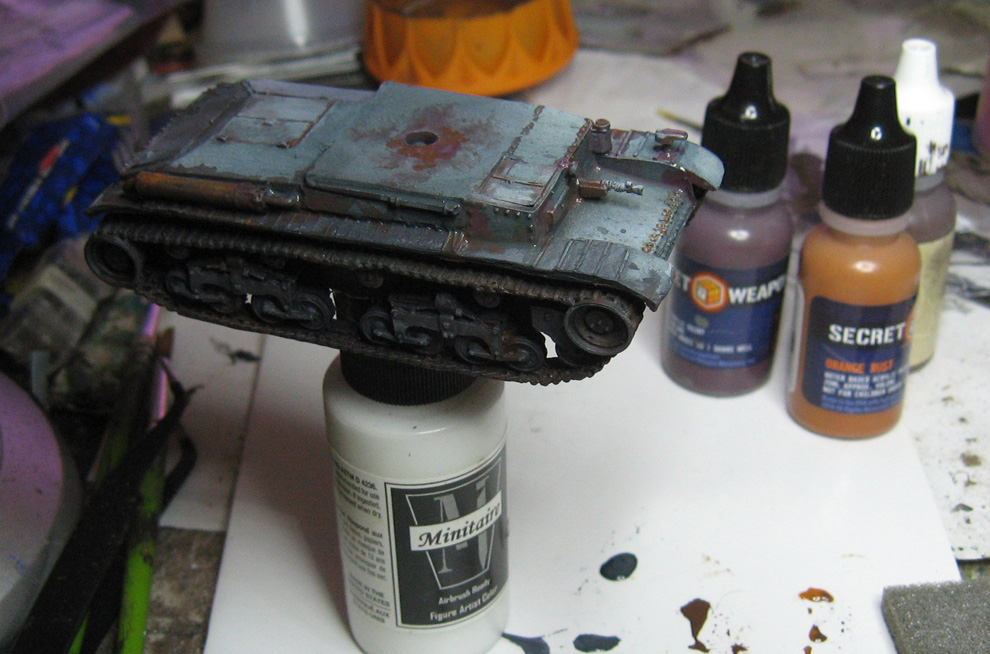 When used as a "wash", the rusting effects sink down to the base of rivets and panels, but they can be used right out of the jar for preliminary chipping effects. I also went back in to the gray sections of the panels with lighter versions of the gray, done by adding a small amount of lighter colors to the original blueish gray. 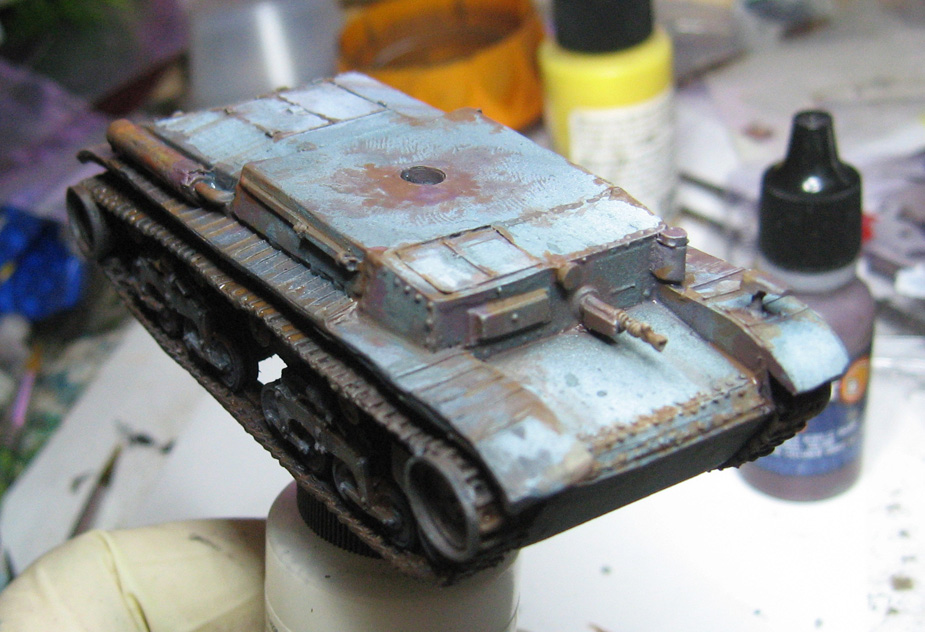 Here's an example of using the rust colors to create leather.  I love doing this, and even making skin tones with those deeper rust tones. 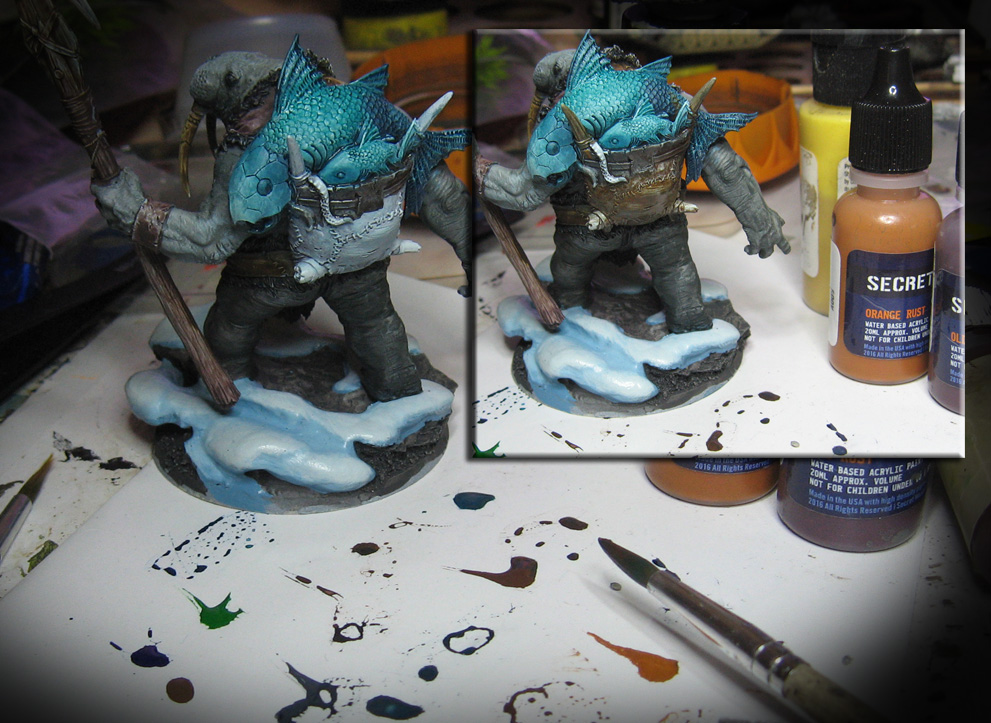 Adding the light grey turns a "rust" color into something that looks more like leather. 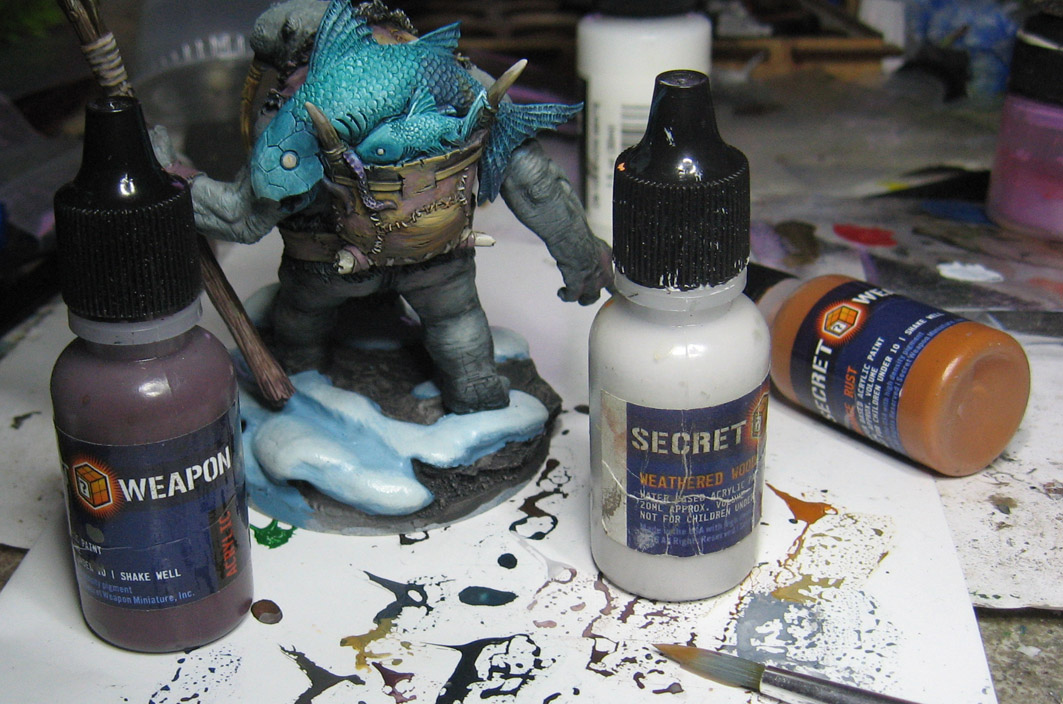 As I mentioned earlier, I can use that same light gray to lighten the panels on the vehicle. 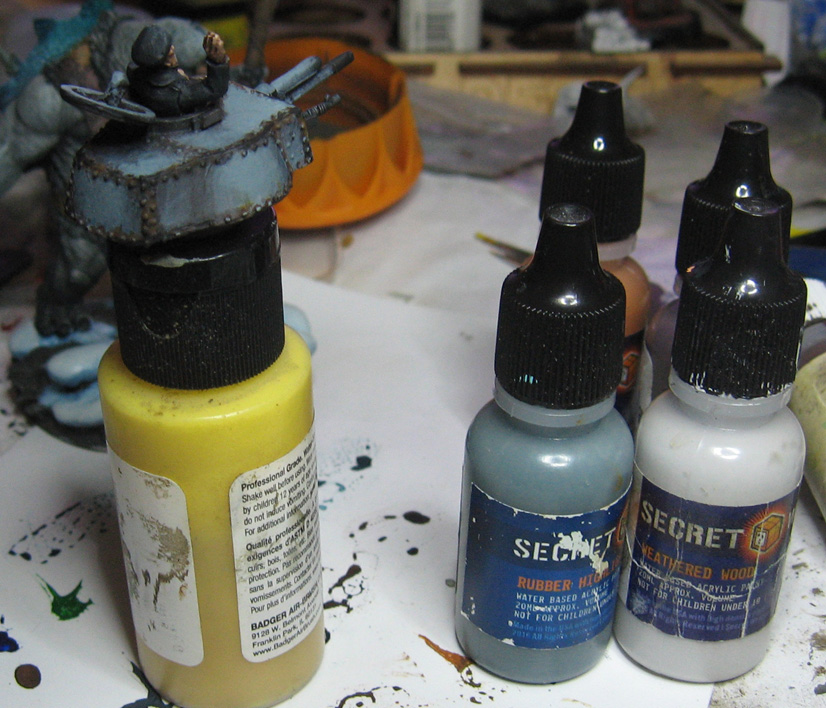 Since my glaze colors are also my highlight tones, there is a lot of color unity.  This is the flexibility of the Secret Weapon paints 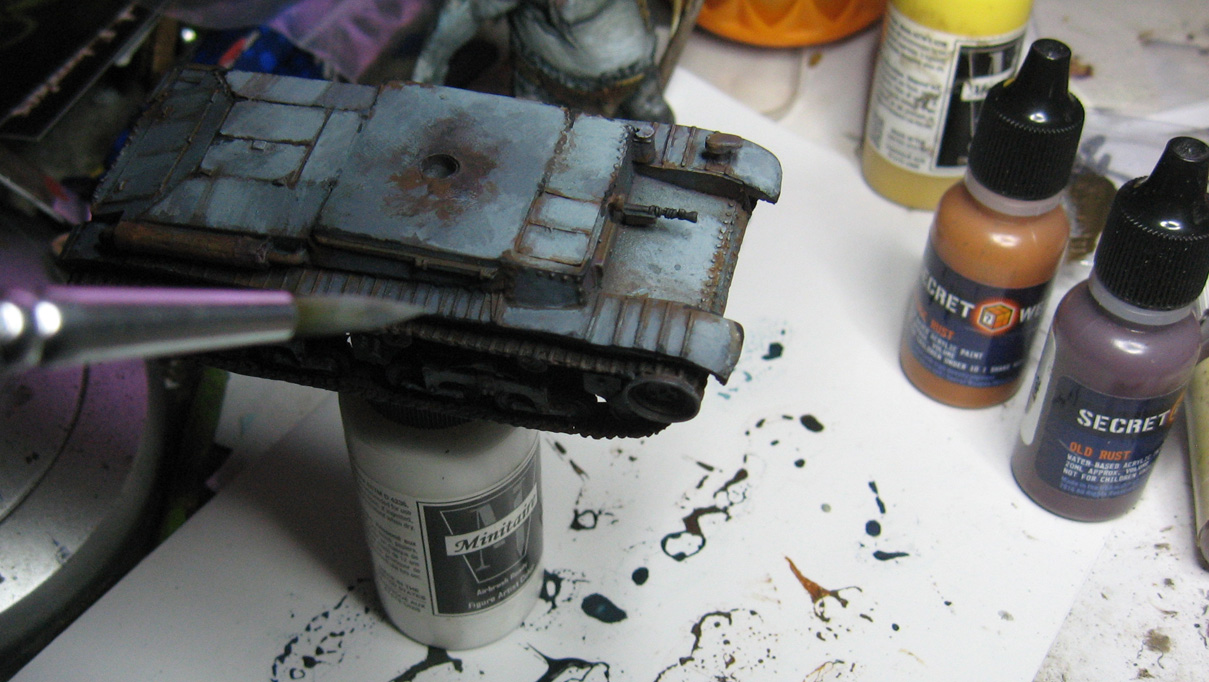 I used that same lighter gray colors on the walrus figure, which helped to make both projects advance rapidly all at the same time! 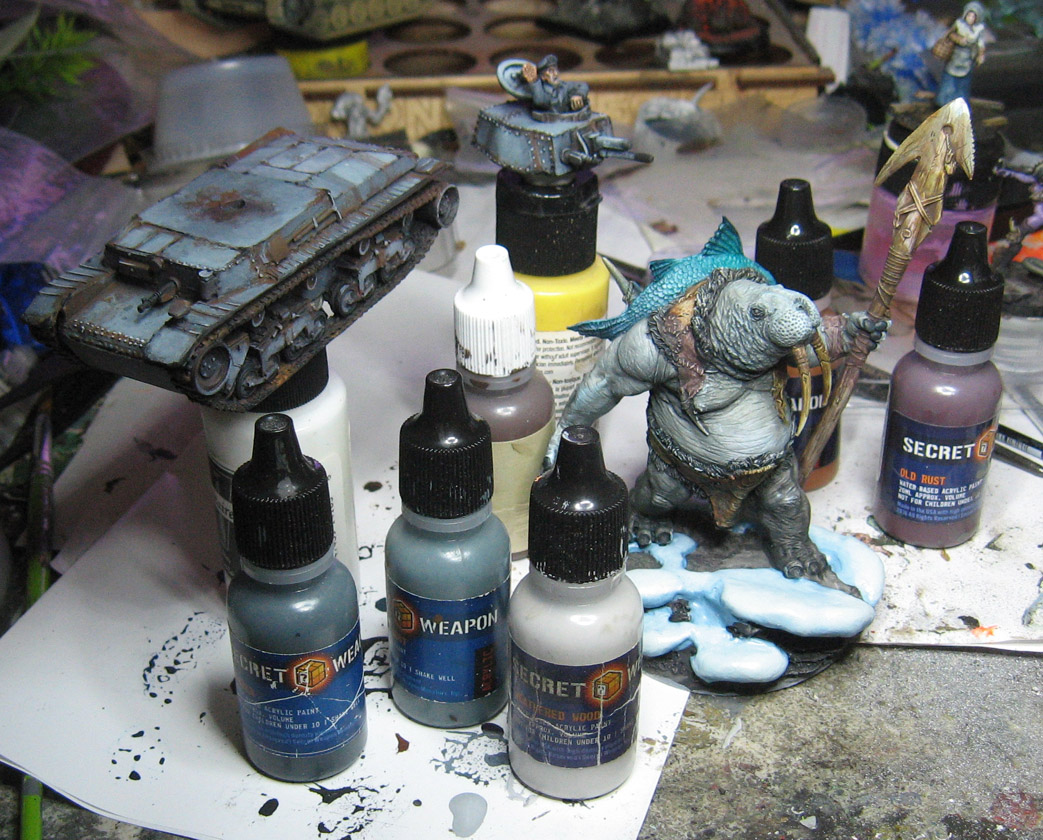 Posted by wappellious at 12:23 PM No comments: