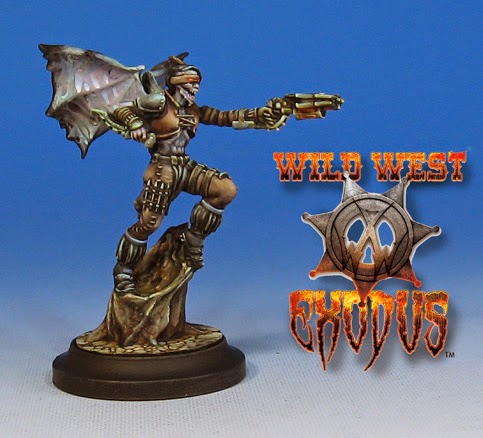 This is the last of the new faction bosses to introduce... for now!

We have Walks Looking of the Dark Nation, who has been turned away from the path set by the Great Spirit.  Corrupted by vanity and the use of RJ-1027, she now leads the fallen warriors and beasts of this sinister posse.

I had a great deal of fun painting this, using seafoam green and pink to create many of the gray colors on the flesh and wings.  These gave a little more depth to the skin colors, which is very important on a limited palette exercise such as this.

Since the clothes and weapons were not going to be bright and shiny either, it could have become very boring.  So, I attempted to add interest to the wings to create a 'frame' around the figure.

I also wanted them to be somewhat lighter, so that the darker colors of the clothes could stand out a bit.

I'm sure she will be every bit as nasty on the battlefield as she was in her Warrior Nation days! 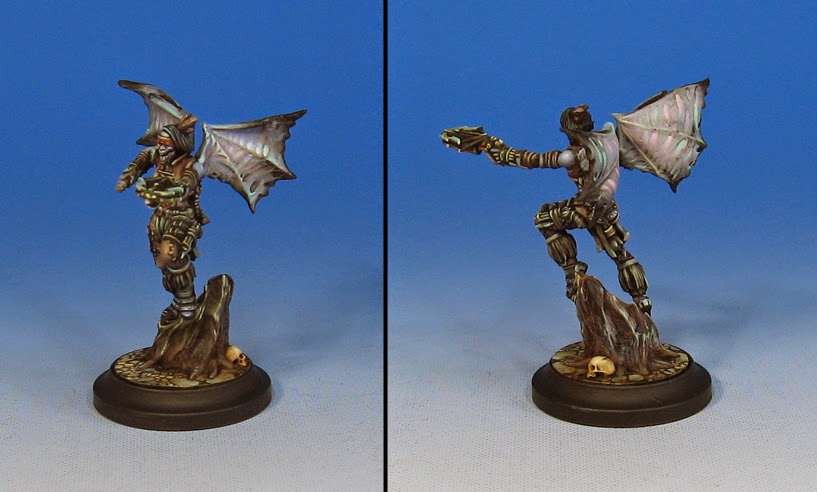 More examples of what's coming for the Dark Nation. 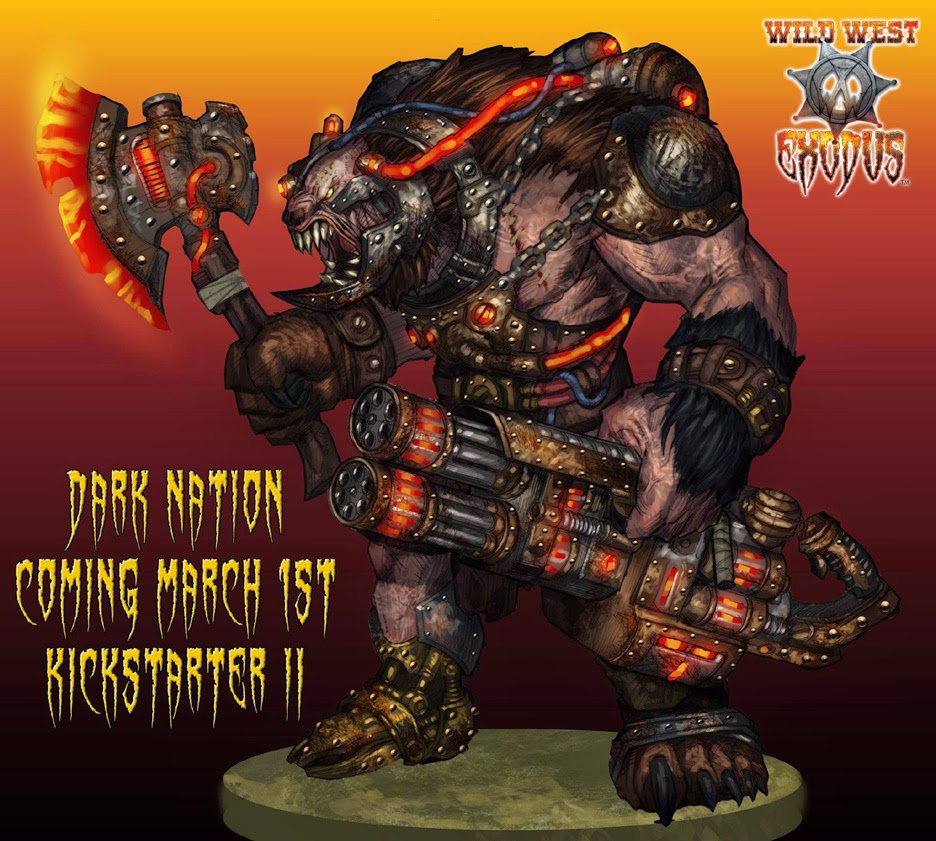 Who wouldn't love to paint up a batch of these? 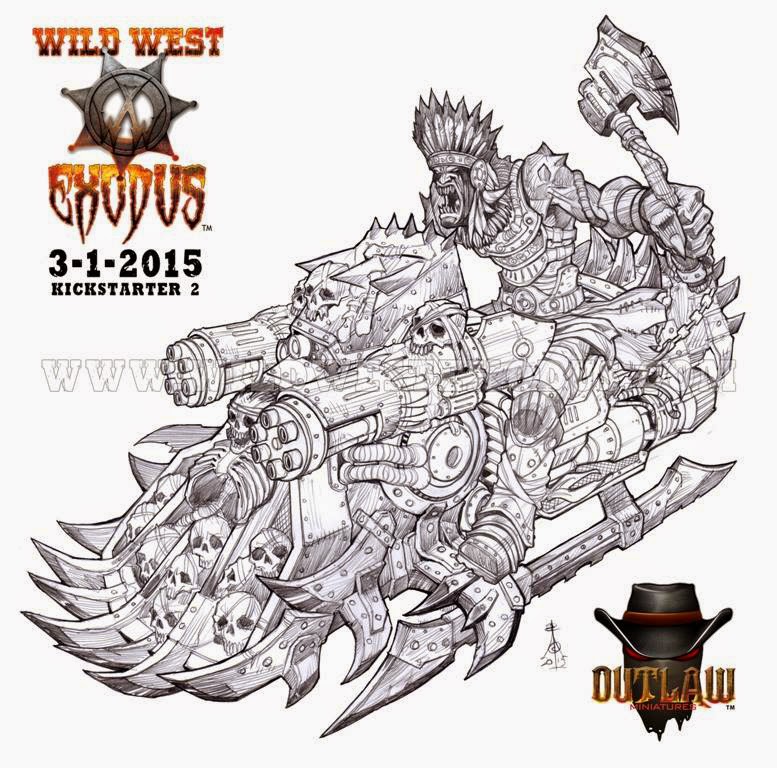 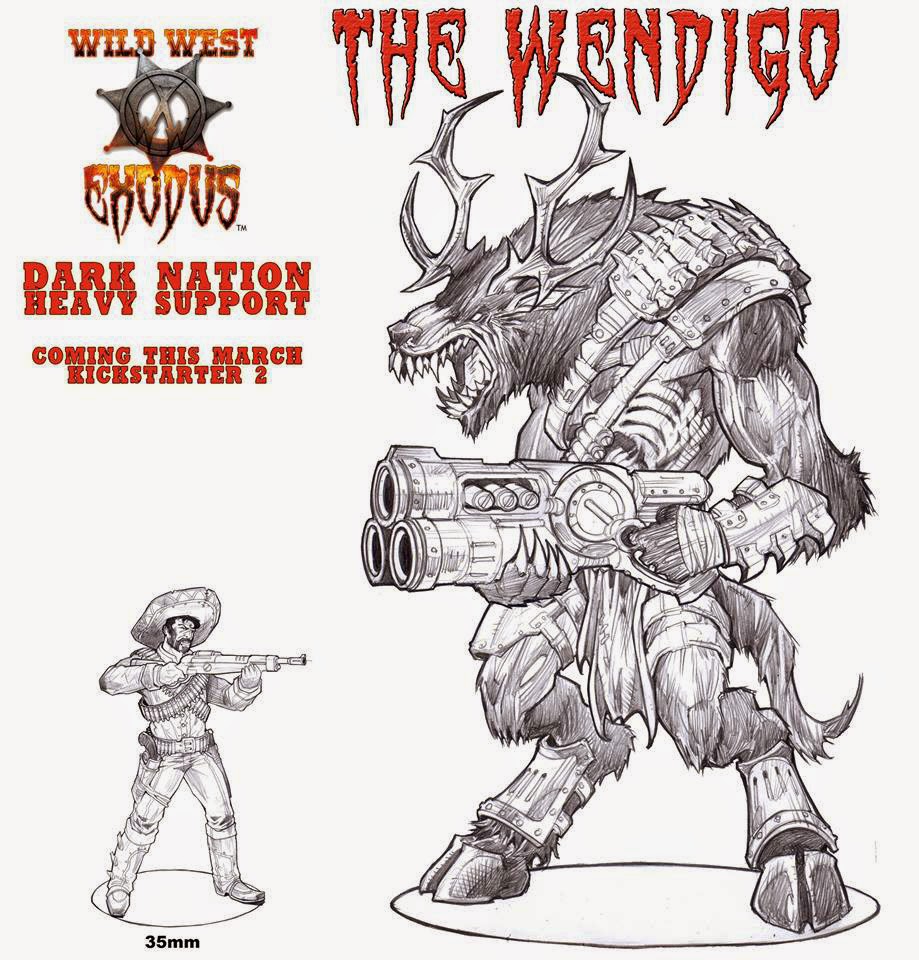 Posted by wappellious at 2:00 PM No comments: 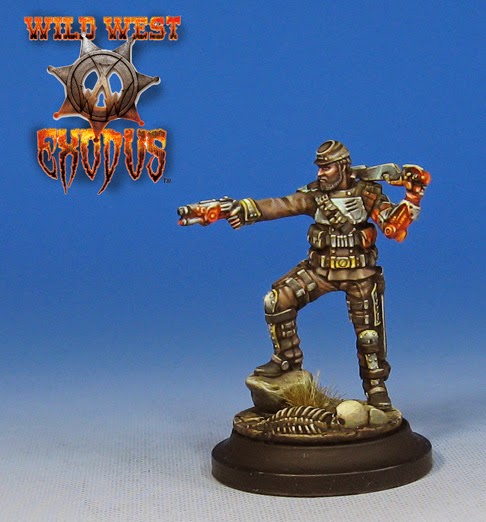 One day closer, and one more faction, or posse, boss is revealed.  It's Stonewall of the Confederate Rebellion.

The surviving Confederate forces have retreated to the deep south, and fight a guerrilla campaign against their hated enemies.

Hit and run tactics will be the trademark of this posse for sure!

To aid in that sneak attack potential, a massive stretch goal heavy support! 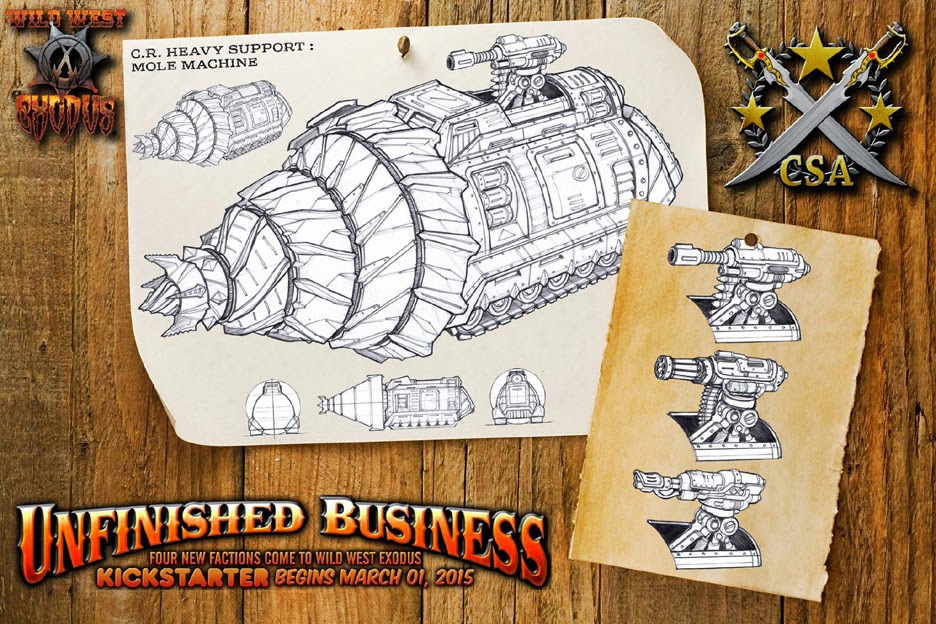 A helping hand from the Zombie Queen and some giant snakes couldn't hurt, either! Posted by wappellious at 2:07 AM No comments: