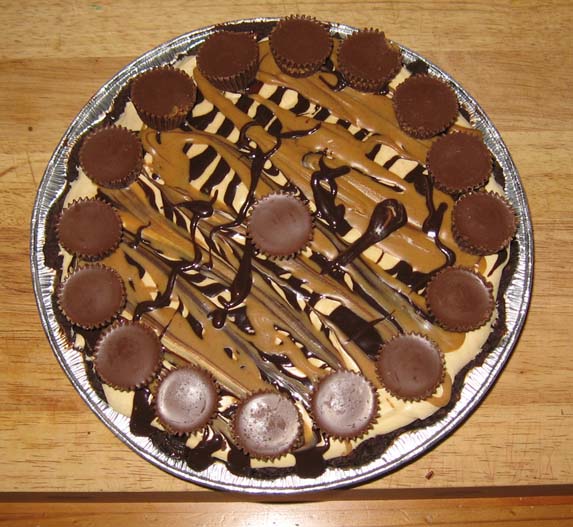 Time for some horse racin' today!  It was also time to prep more amazing Raging Heroes minis.  Here we have a bunch of Fantasy Blood Vestals. 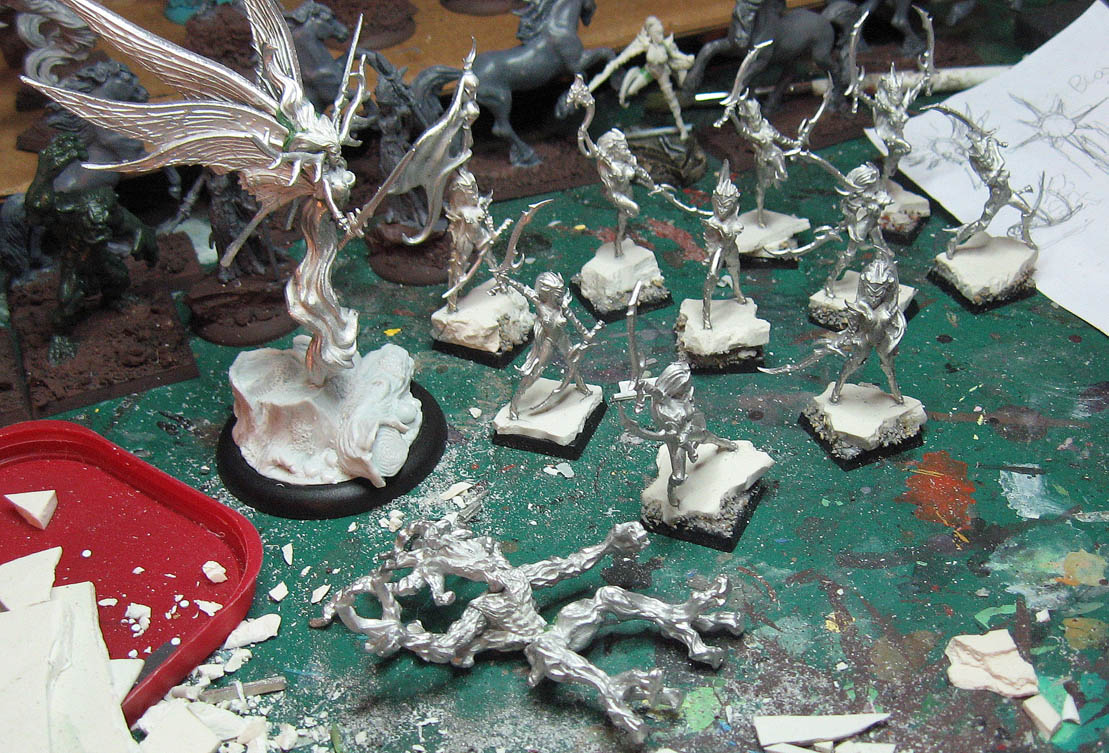 This set just arrived Thursday.  Tree Warriors.  They will be perfect for the glazing videos. 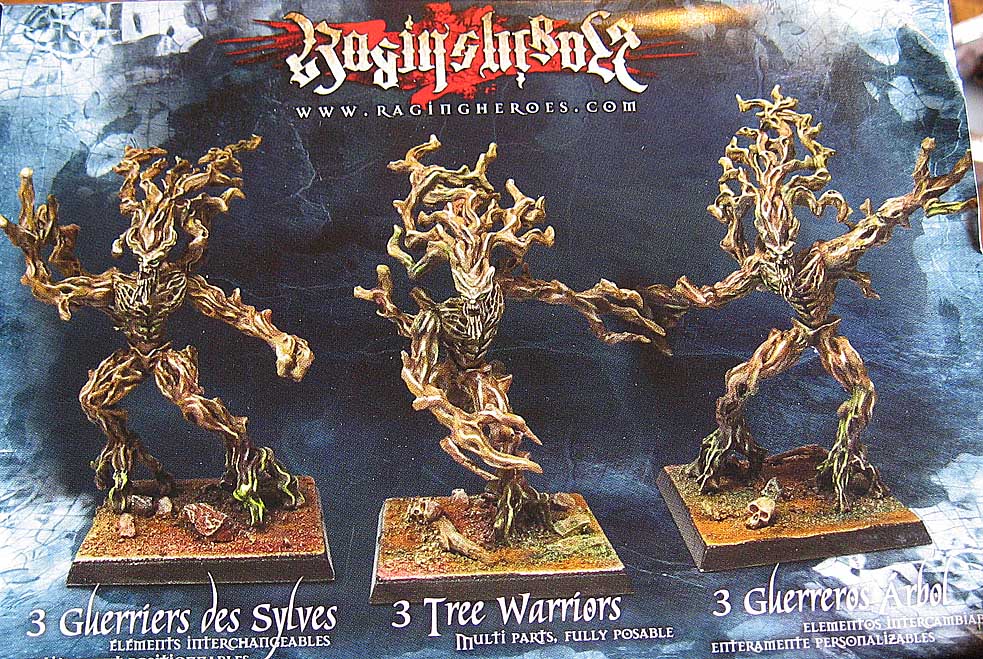 Some shots of the preparation.  It is very straightforward, with the arms, torso, and head nicely sculpted and very solid. 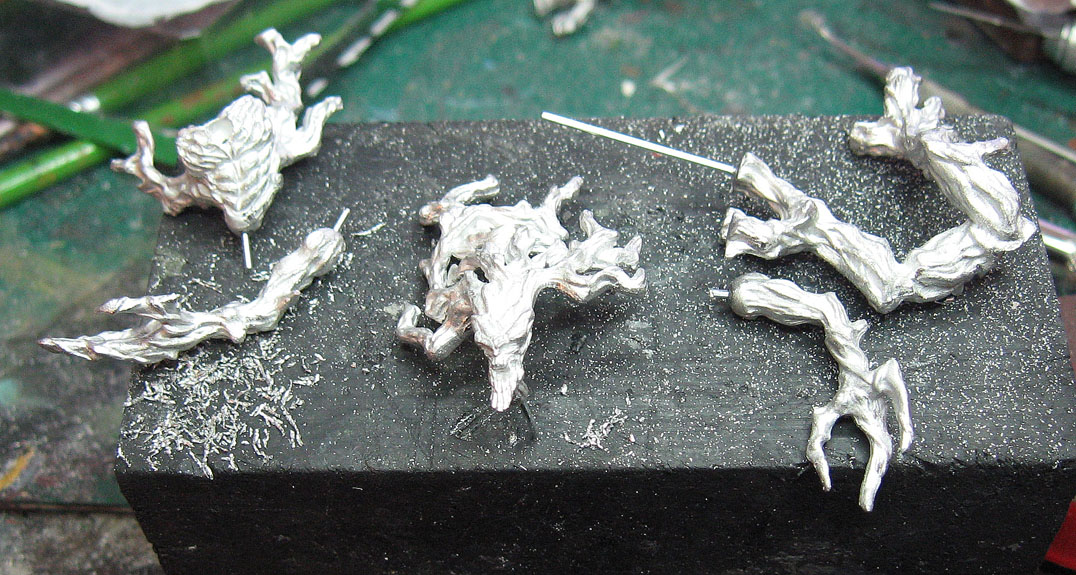 They are incredibly easy to assemble.  You can also move the arms and other pieces a bit to make the poses a bit different. 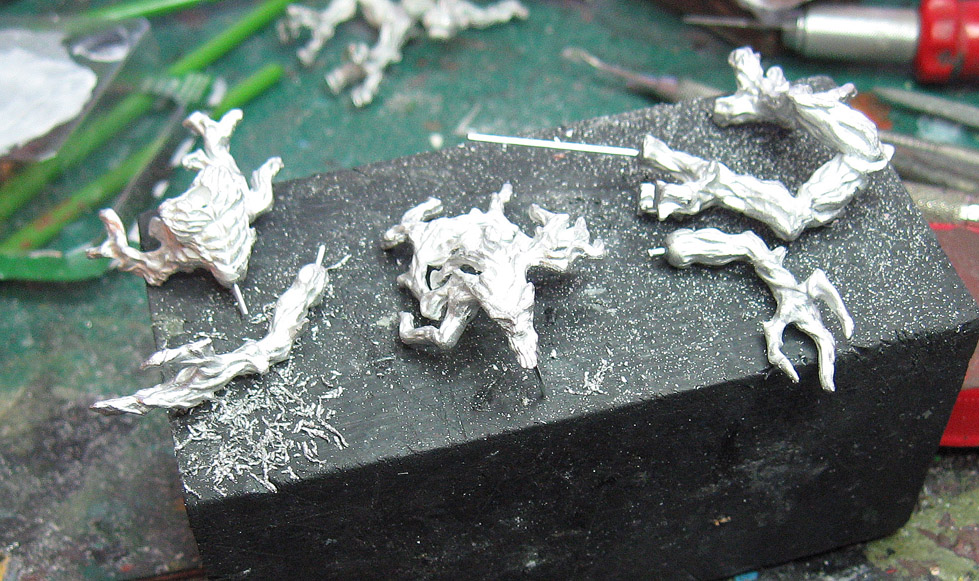 Not long to get each one put together...

This picture shows a brief time lapse of one being assembled. 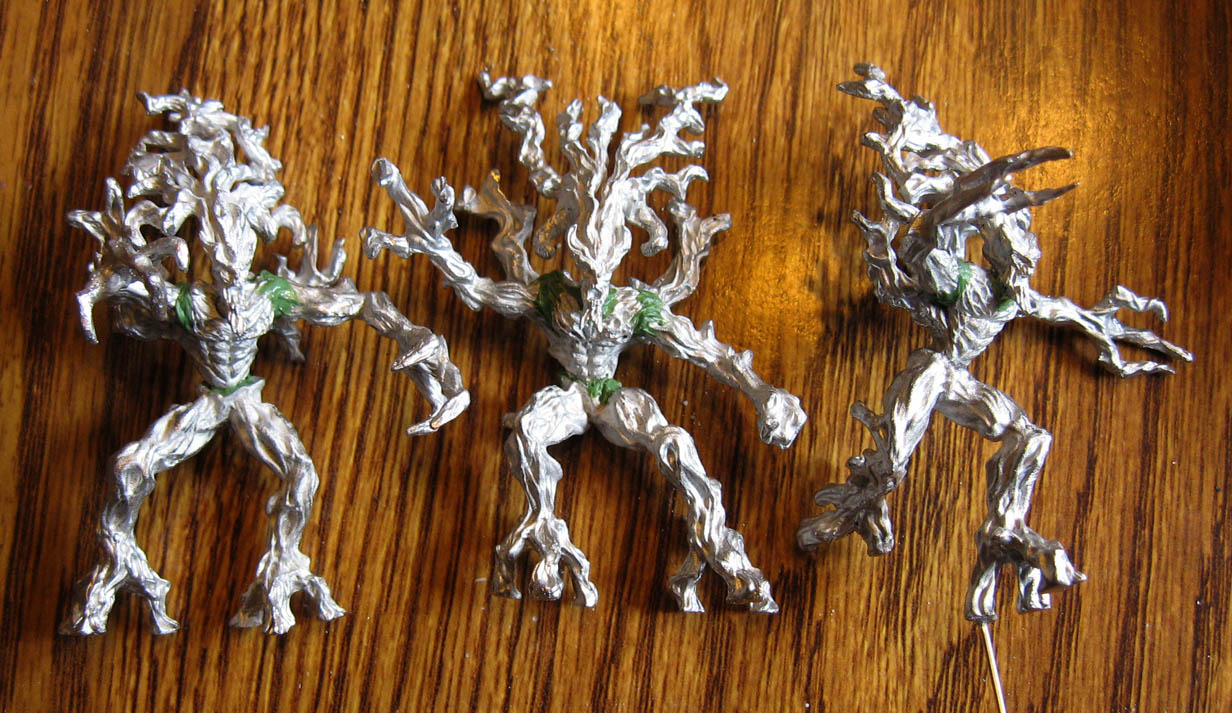 OK, where's that guy with the chainsaw that thought he was so tough...

This is one of a few miniatures where the base will also be a big part of the demonstration.  I am sculpting some woodland bases for them right now! 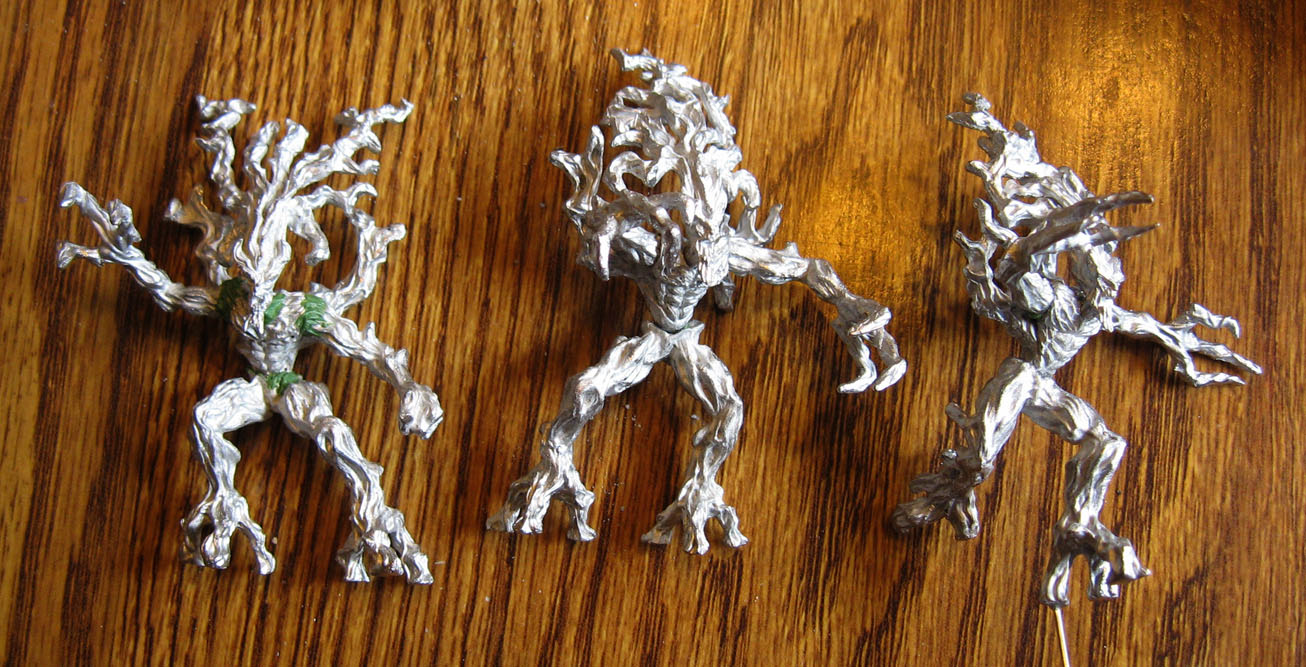 As I sat down to prep these, I kept thinking about a peanut butter chocolate cheesecake which I had seen on facebook.  It was posted by a relative of Cathy's mom, who just happened to be in town!

I pointed to it, and said how tasty it looked, and that I wanted to make one.  Cathy's mom agreed, so we marched off to the store to get the ingredients.  About an hour later, we had it in the freezer!  Four hours after that, Cathy's dad and I cut out a few pieces to make sure that it did not taste horrible.

It almost took a diamond tipped saw to get through the crust (we used crushed chocolate Cheerios instead of rice crispy cereal), but it was a huge success!!!!
I am now calling our new invention Choc-crete.  Not only is it incredibly strong, it is delicious. :-) 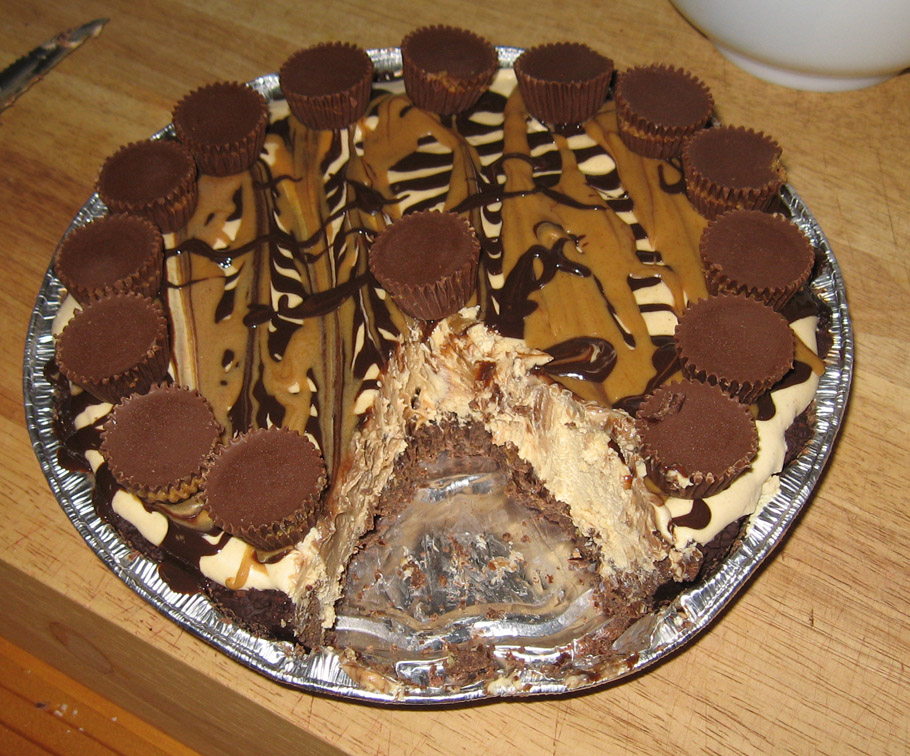 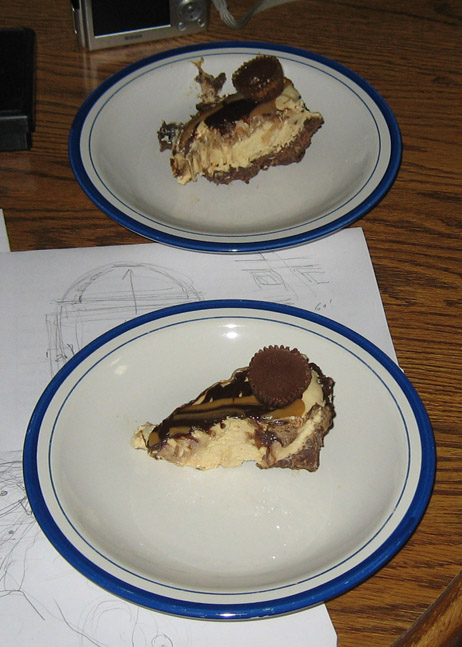 And everyone joining in the next day. 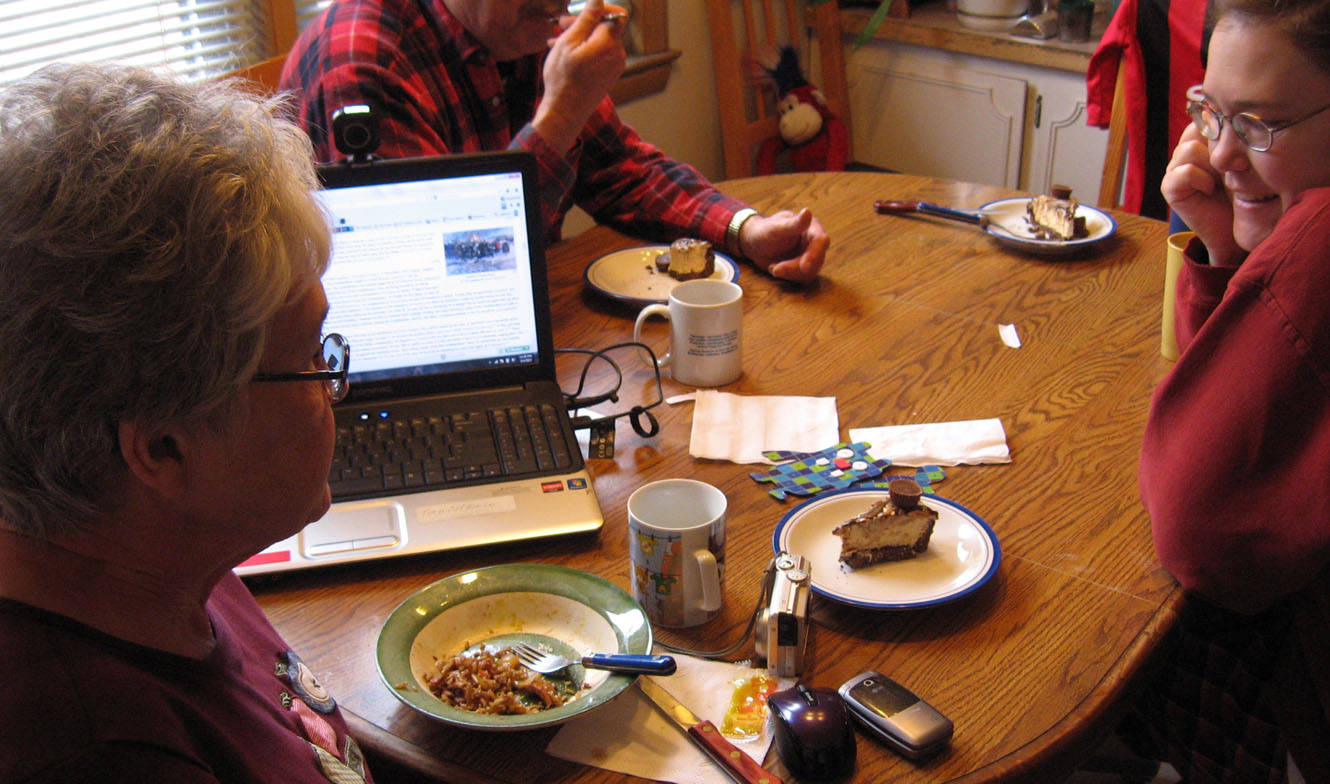 Don't they make a nice couple? 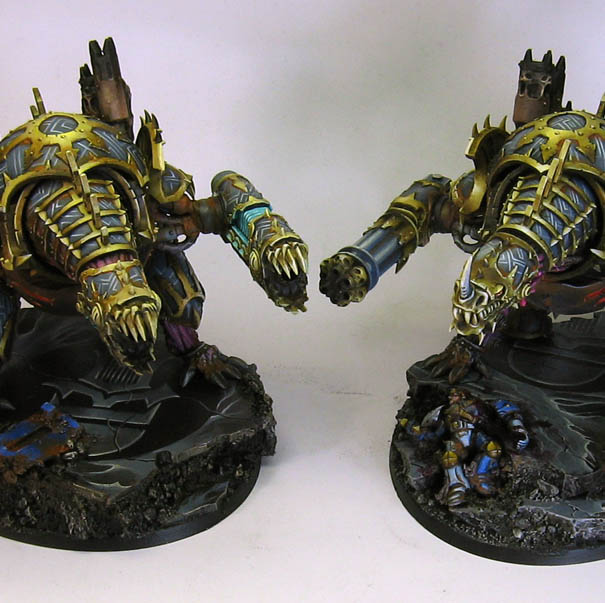 And for the first time, both of the Fiends together! 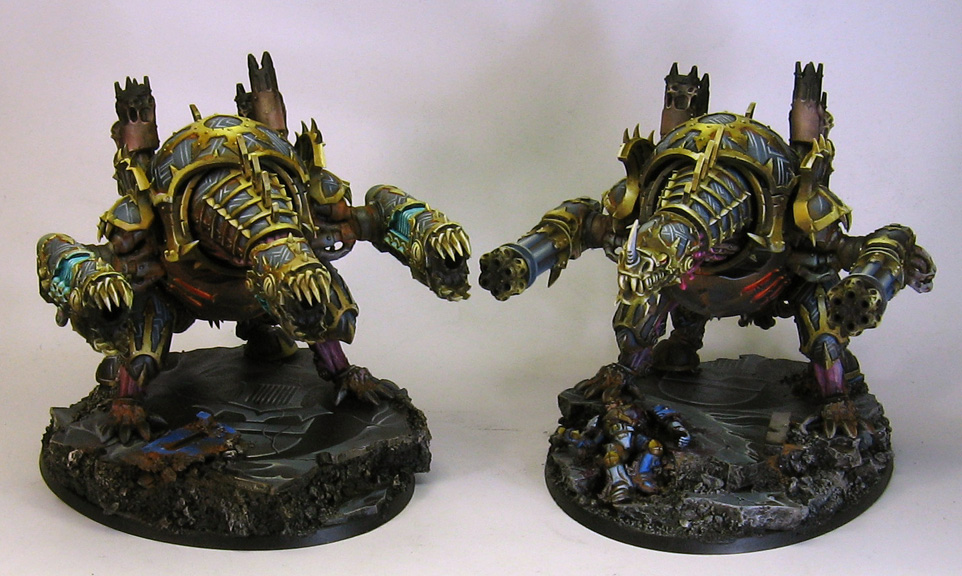 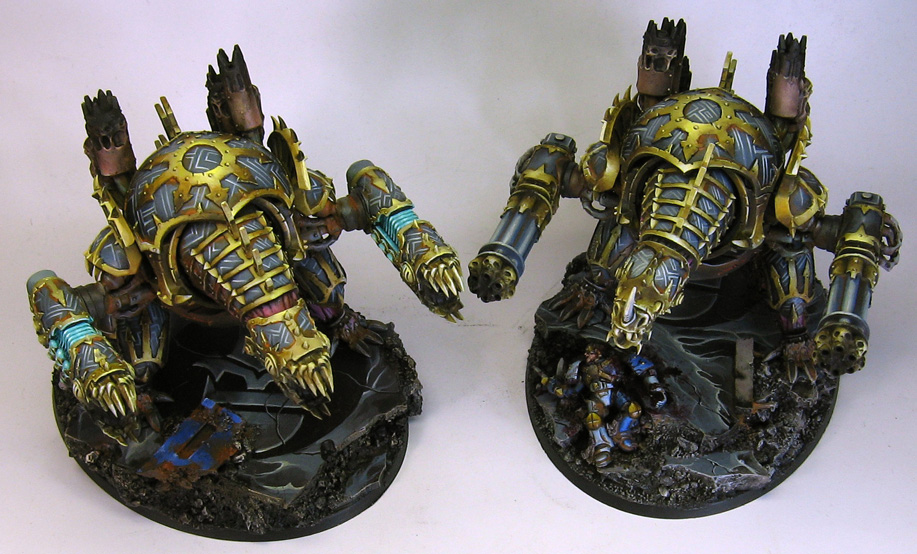 Making the bases for these two was very fun.  I never had a chance to do grey marble like this.  I also came up with some new ways to do the casualties on the bases, etc. 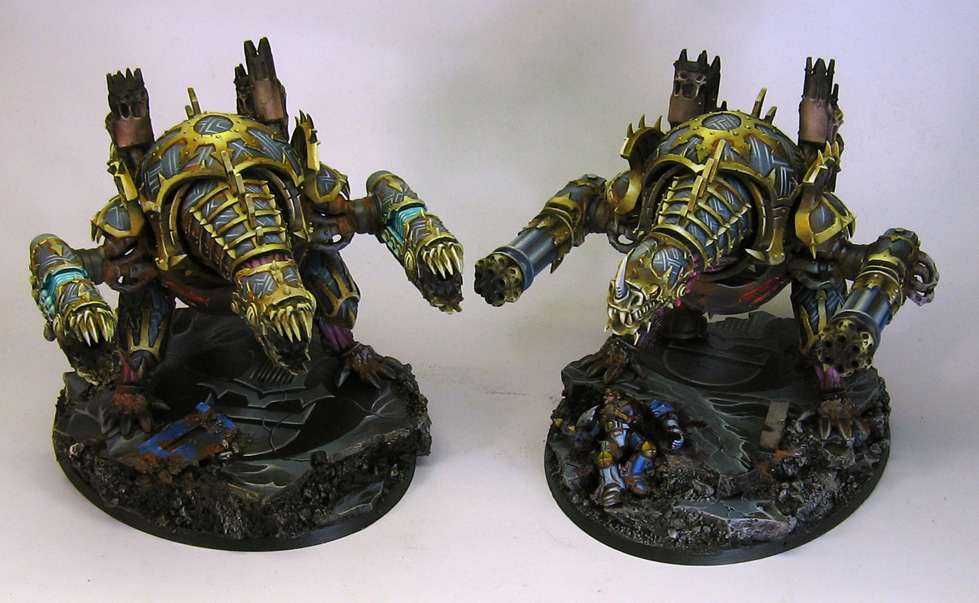 Posted by wappellious at 9:32 AM No comments: