Rally 'round the flag 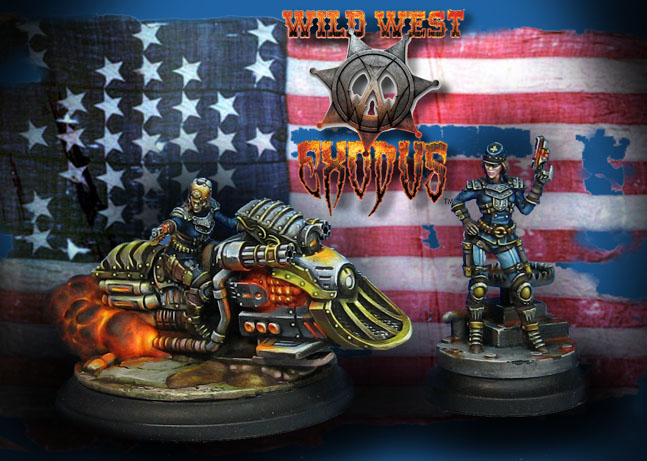 The two versions of Willa Shaw now in one place!

Mounted on her powerful Iron Horse, and on foot. 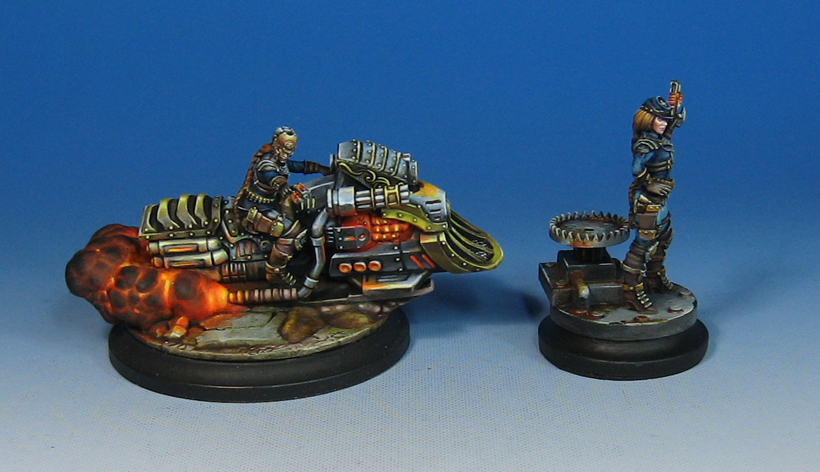 While she is on foot, she can get her soldiers to march at the double quick, making them a little less likely to fall prey to sneaking marauders. 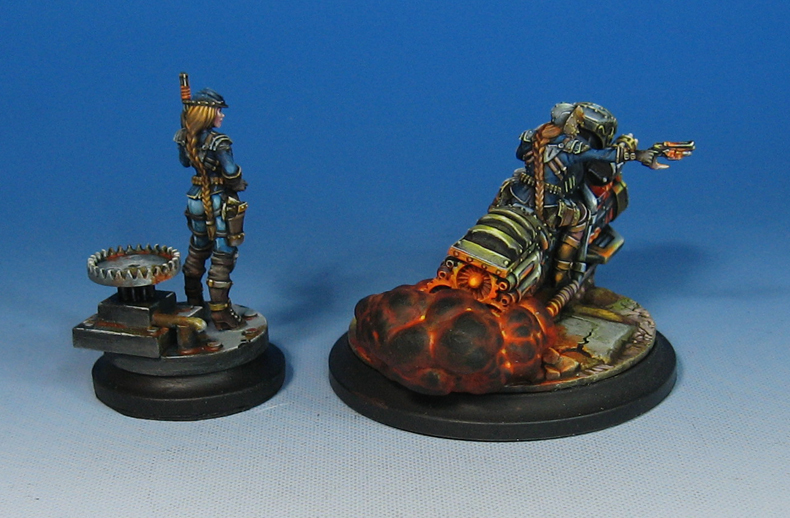 On her Iron Horse, she can skillfully add to the firepower of the light support Iron Horses. 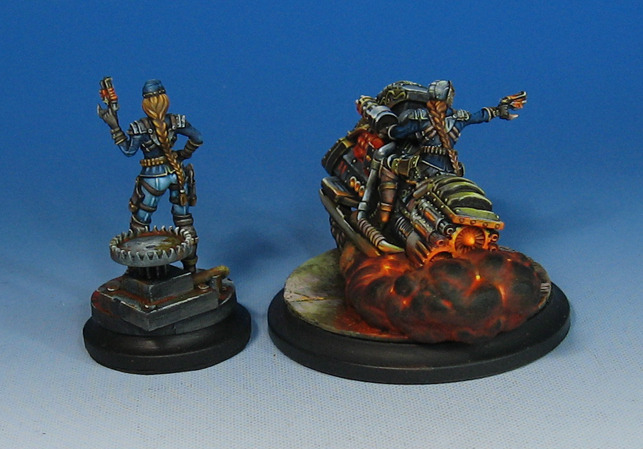 Don't let those long braids fool you, she's America's girl, and she's gonna put the hurt on you. 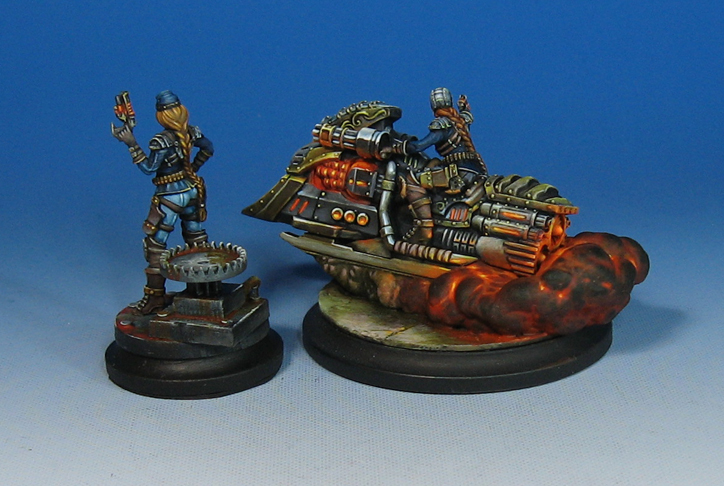 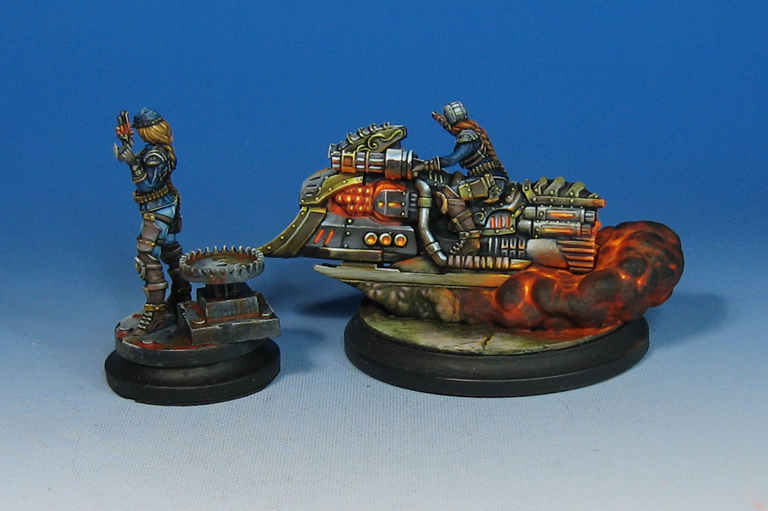 Either way, she is a very interesting character choice for a Union posse! 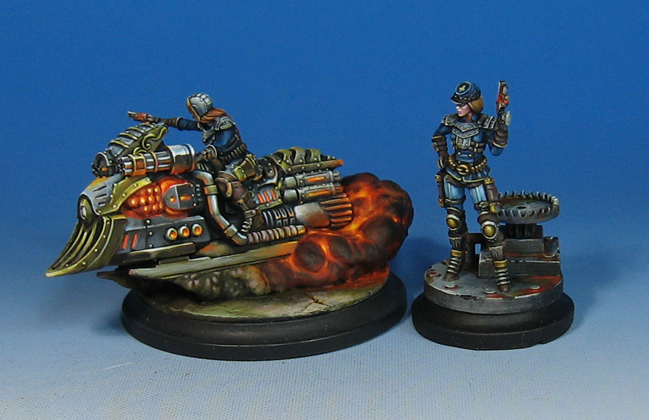 I want to combine Willa with Lucinda and Sierra.  Those two will lure the more randy opponents form their hideouts so that Willa's mounted troopers can rain down death from afar. 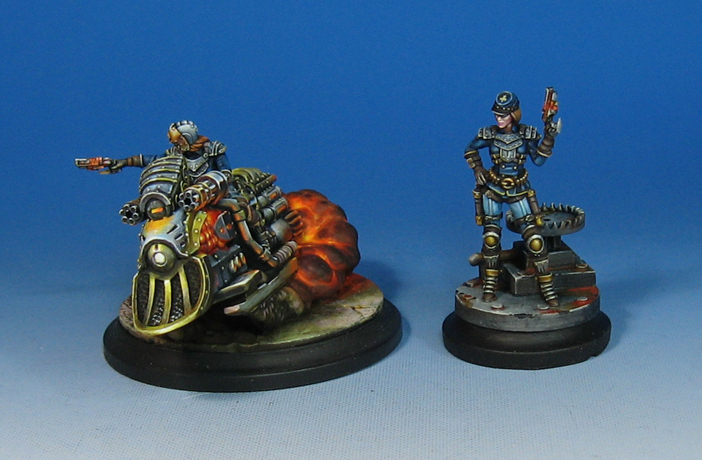 I'll let you know how that all works out in some battle reports, of course. 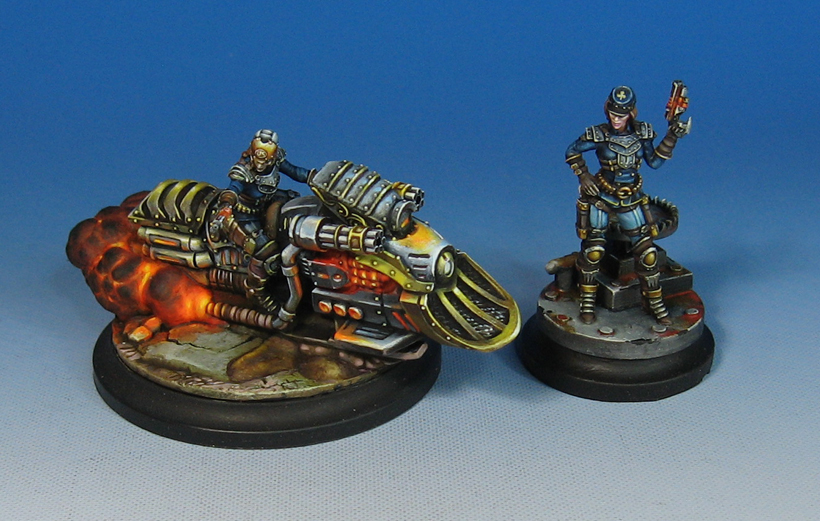 All for the Union!! 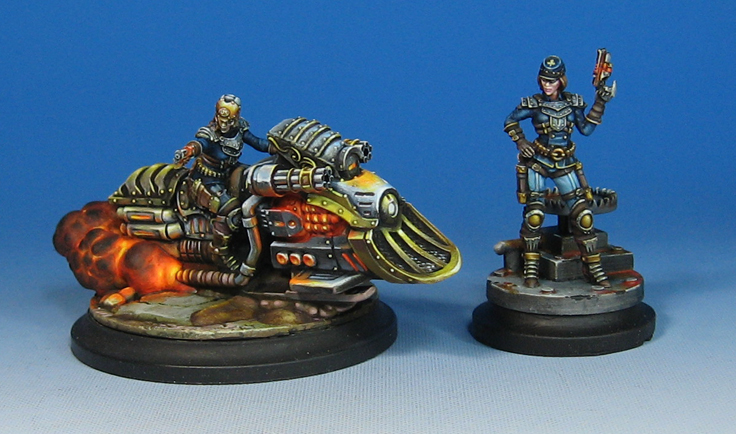 Posted by wappellious at 3:25 PM No comments: