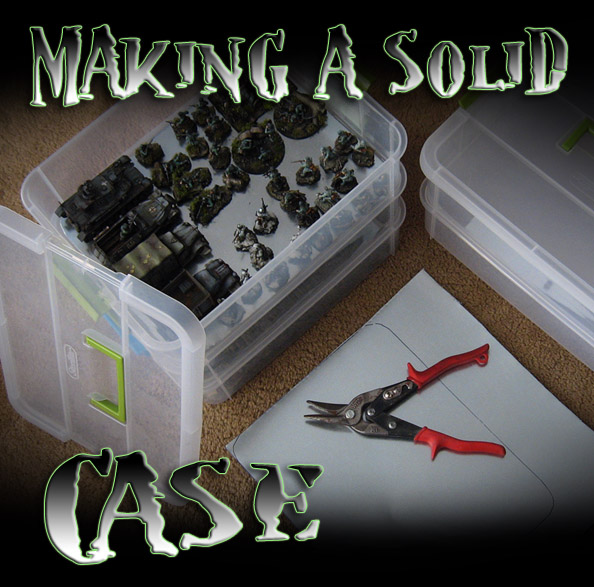 I am often asked how I transport all these armies of mine around, so here's a peek!

Long ago I tried to do the foam case thing, which was expensive, time consuming to pack and unpack, and kept everything inside completely invisible.  This would sometimes lead to me taking the wrong army, or worse yet, an empty case!

The stuff inside was not very well protected either, because the act of taking them out and packing them back in again rubbed the figures against the foam, with the result you would expect.

It also took forever to pack things up, as I had to remember where each figure went, like Satan's jigsaw puzzle.

I think it was 2009 when I began magnetizing my armies, and putting pieces of metal or something for them to grab onto in cases.  When I was introduced to these stacking cases from Sterlite, I thought that they could be pretty amazing. 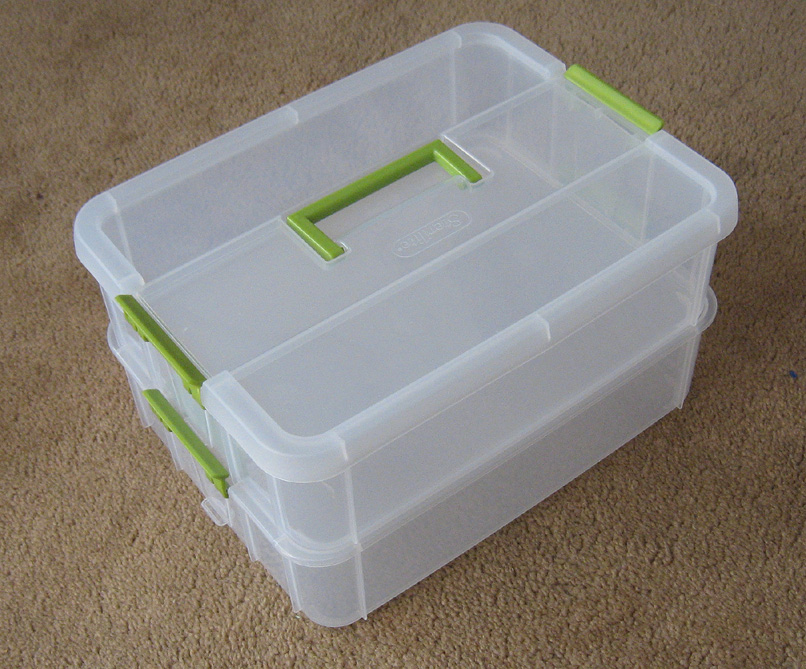 These are pretty roomy (you will see when they have figures inside), and interlock very well.  They come in a set of two, just like this. 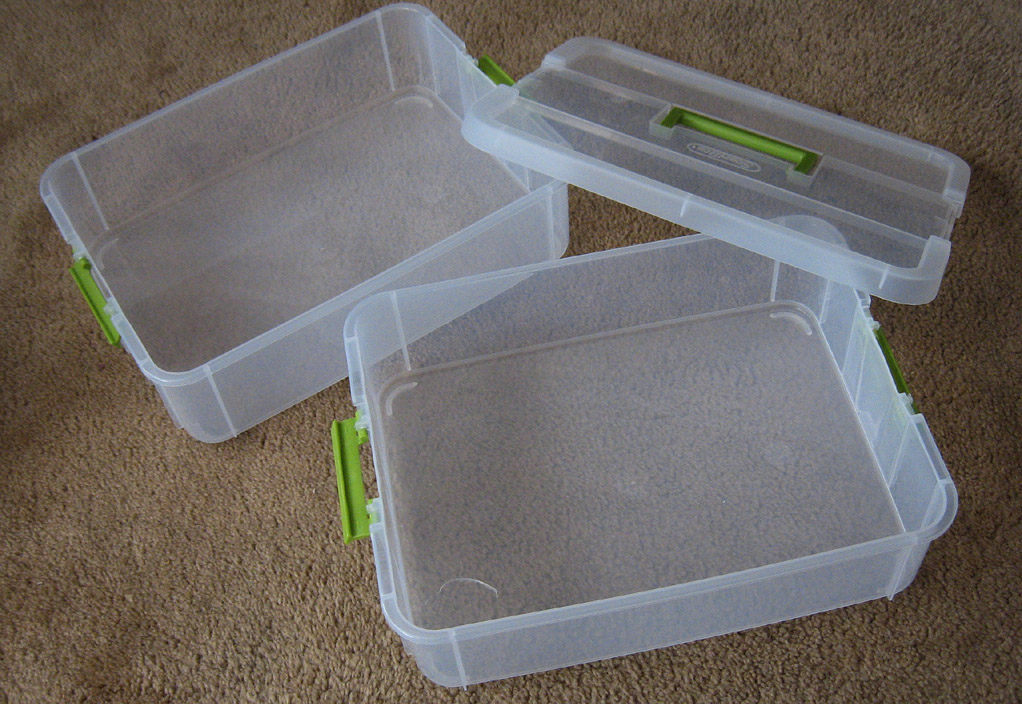 When we had our furnace replaced last winter, I took minor solace in that I was able to "requisition" a large chunk of left over sheet metal.  You can find smaller pieces at any kind of home improvement or hardware store.  There are even pieces of metal at Hobby Lobby these days.

A pair of tin snips is all that I needed to cut them.  I have a few "directional" tin snips left over from construction days many moons ago.  These bend the metal in a certain direction as the snips cut through the metal... especially away from your hand holding the snips! 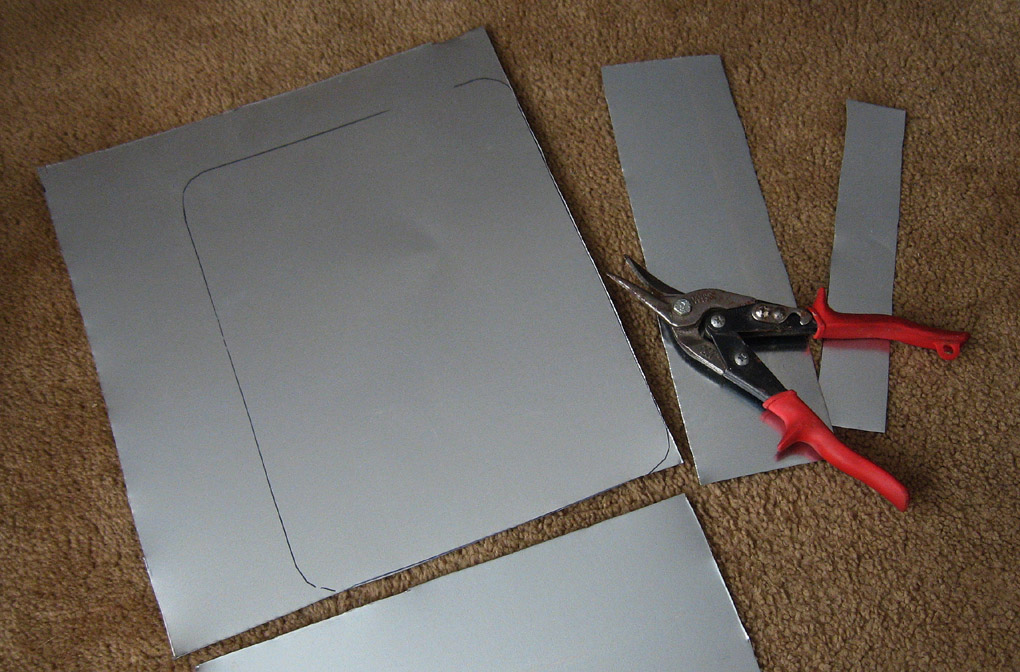 Since I wanted the option of using these for other tasks, I attached the sheet metal to the case with heavy double sided tape. 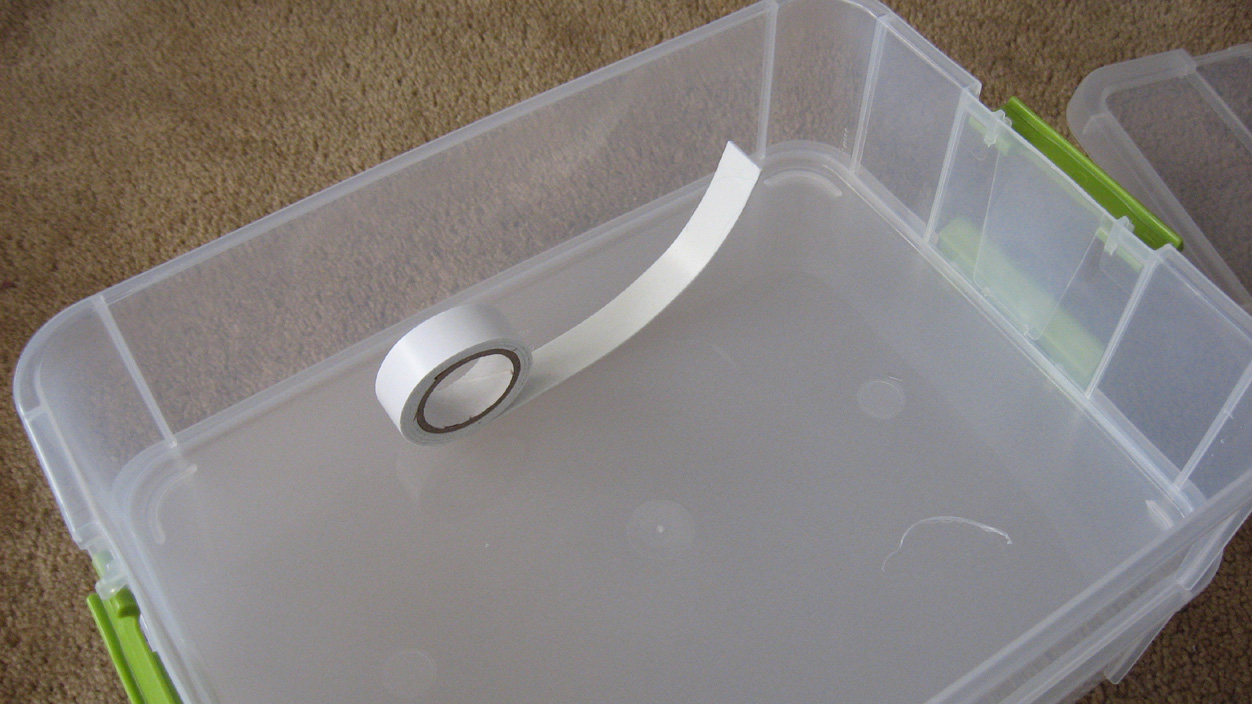 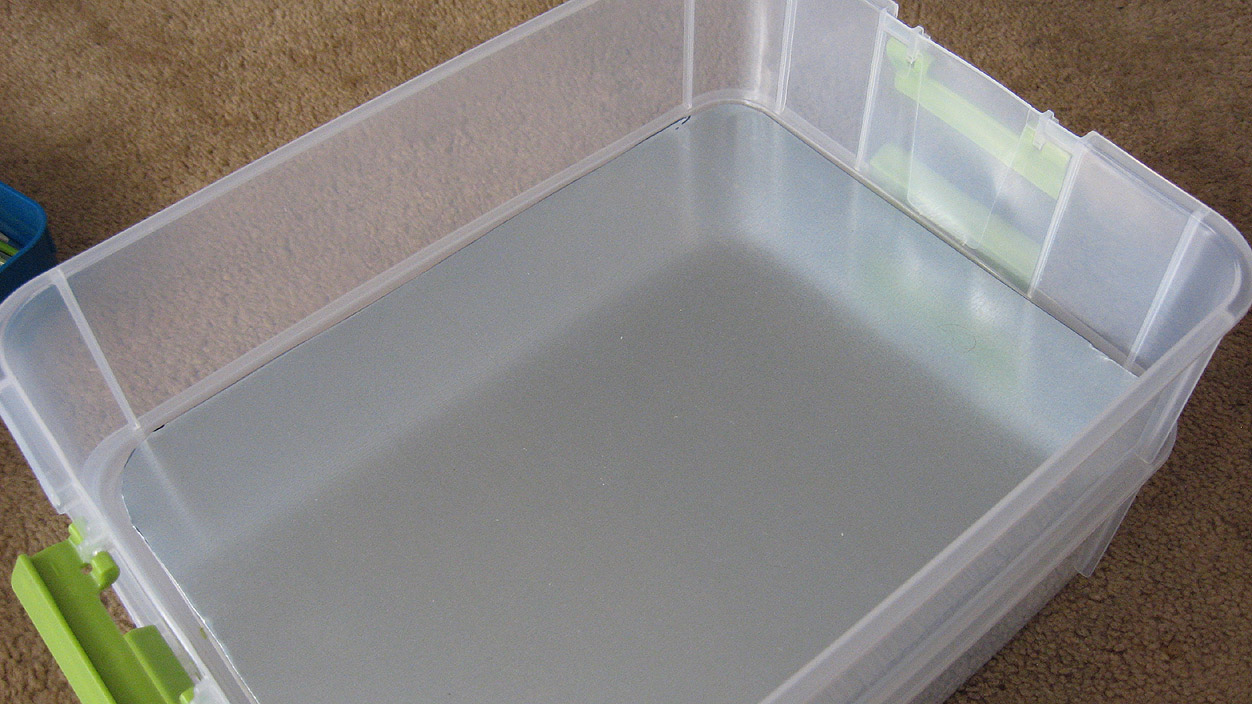 And voila!  Army guys!  Specifically Norwegian and French Foreign Legion troops from Gorgon Studios.  There are over forty figs in here, with room for many more.

I will do a separate article on magnetizing the minis, but for now I can say that refrigerator style magnet sheets work very well.  They have a self stick backing, and they have the correct 'balance' of holding power.

That is, they stick just enough to keep the minis in place, but not so strong that you will rip the figure from the base!  Believe me, that has happened to me with other much stronger magnets. 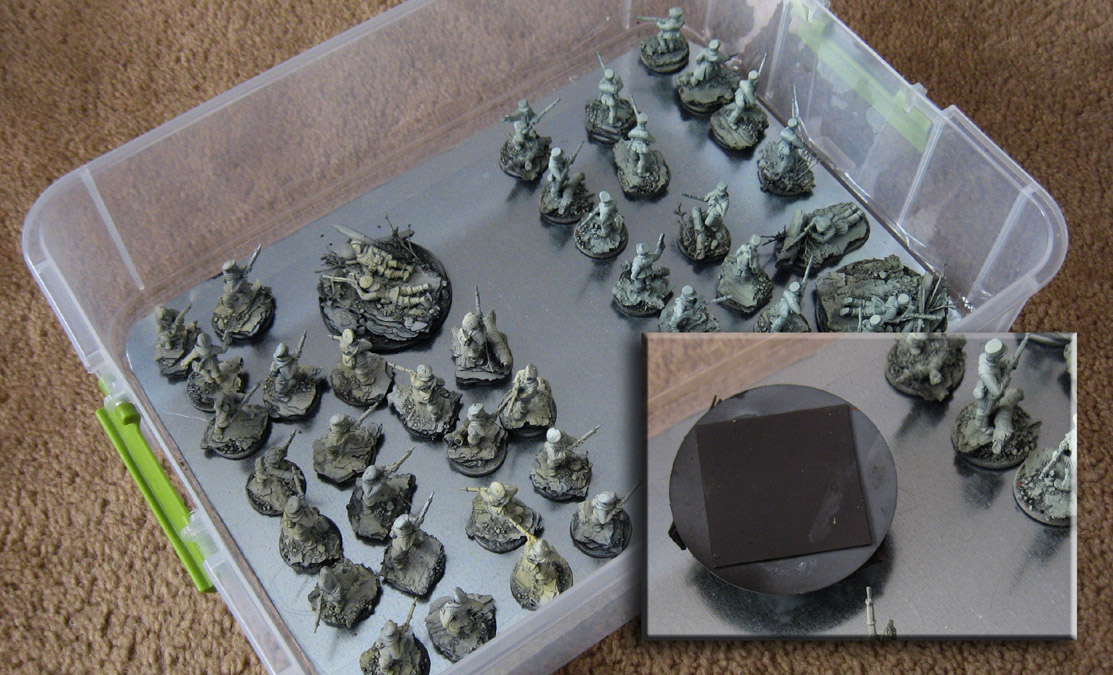 Now for some armies.  You can easily fit 1000-1200 points of Bolt Action figures in just one case, or a few Warmachine armies, etc.  Definitely enough to hold a few Blood Bowl teams as well. 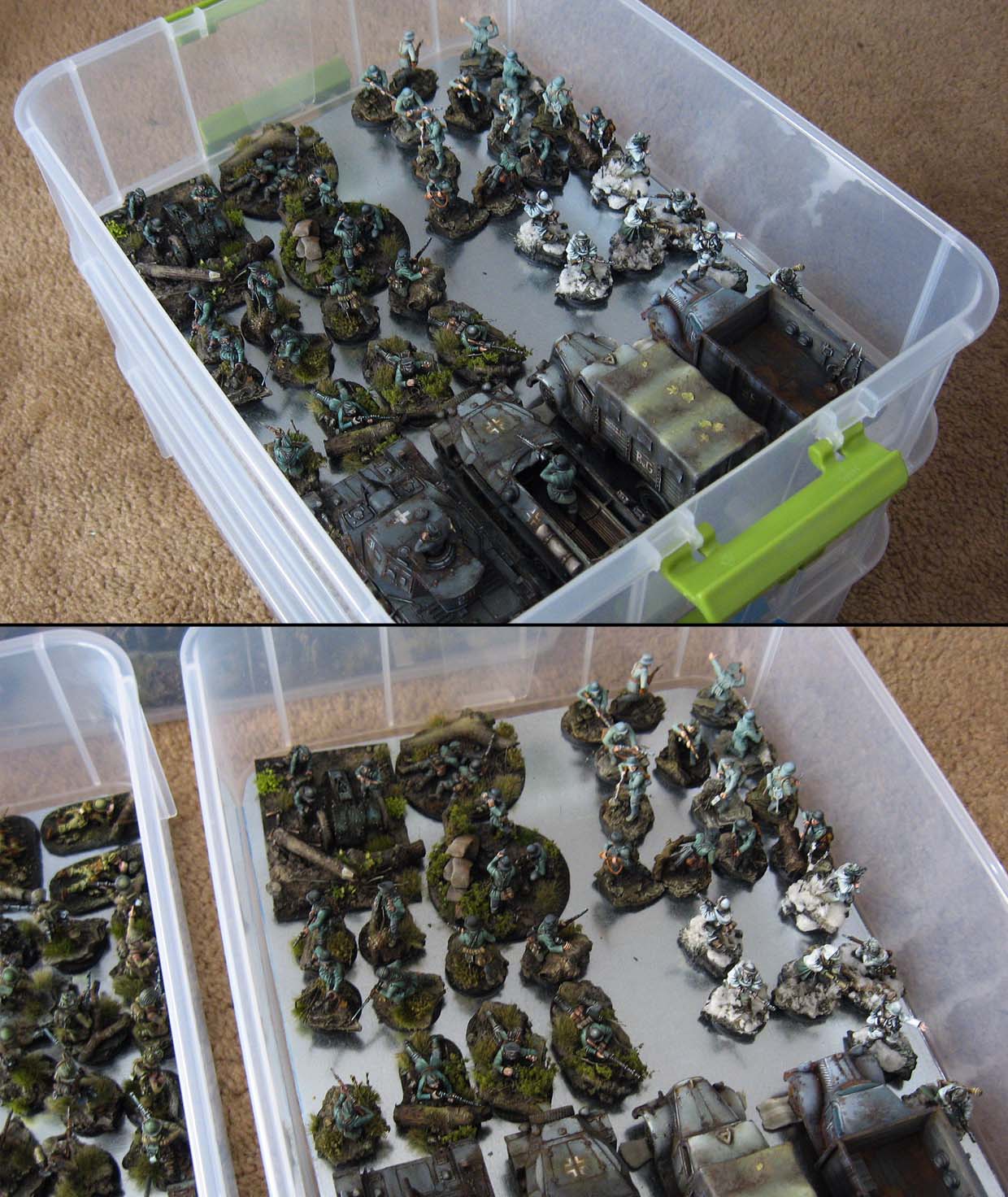 Since I can see through the boxes, I can tell from a distance which army is inside, and I can take the one that I need, instead of guessing or having to write on the case. 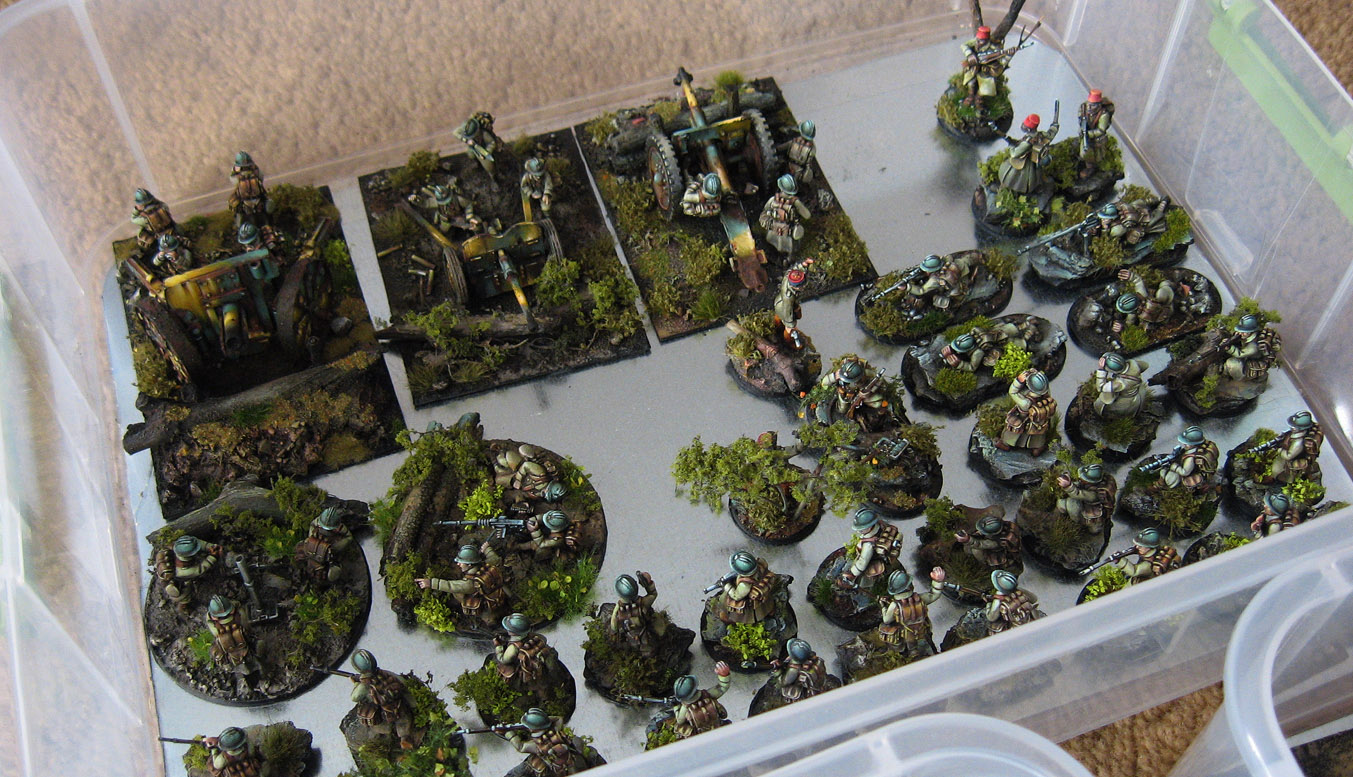 It is very easy to deploy an army directly from these cases, and also put them back in.  Since there is minimal handling, you probably give years of additional life to your hard earned paint jobs! 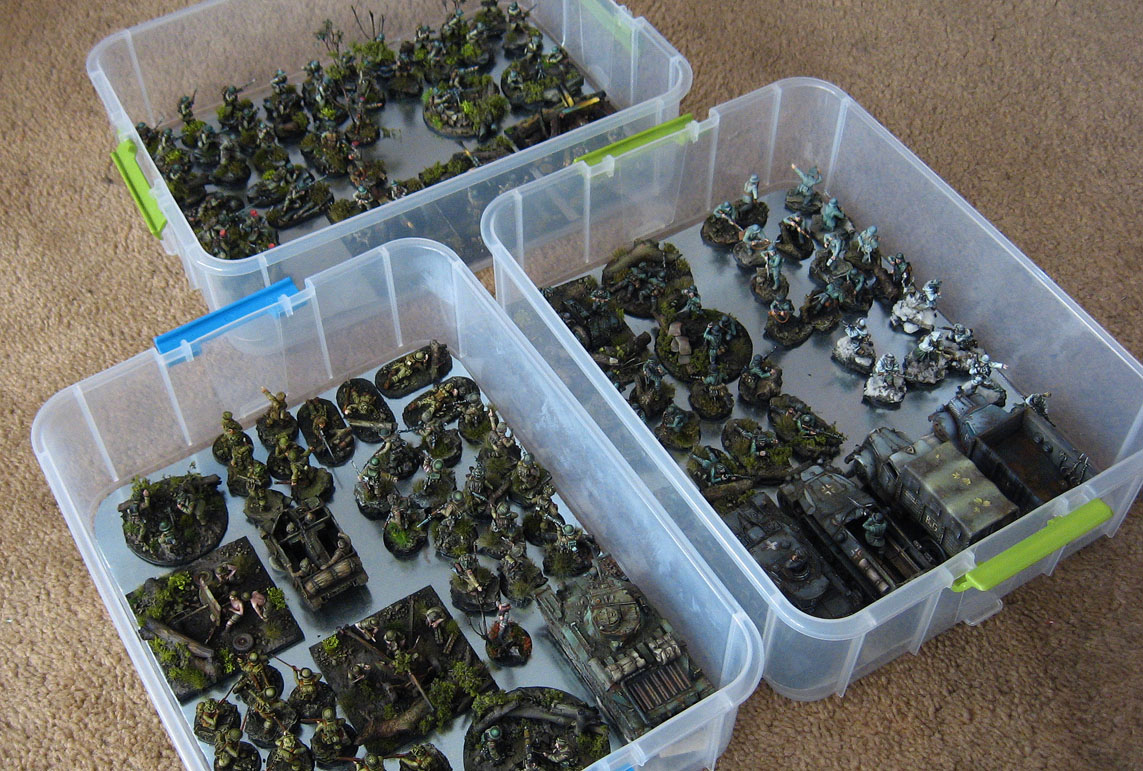 Did I mention stacking?  Yes you can, and in any order.  The tops will fit on any other Sterlite set.  I have gotten these at Target, but also on Amazon.

One piece of advice I will offer is to be aware of weight.  Stacking 5 cases filled with metal minis will be very heavy, and put a lot of strain on the handle.  If I have a bunch of cases with me, I use a very small folding luggage trolley that holds them all together, and means that I don't have to carry them around by the handle. 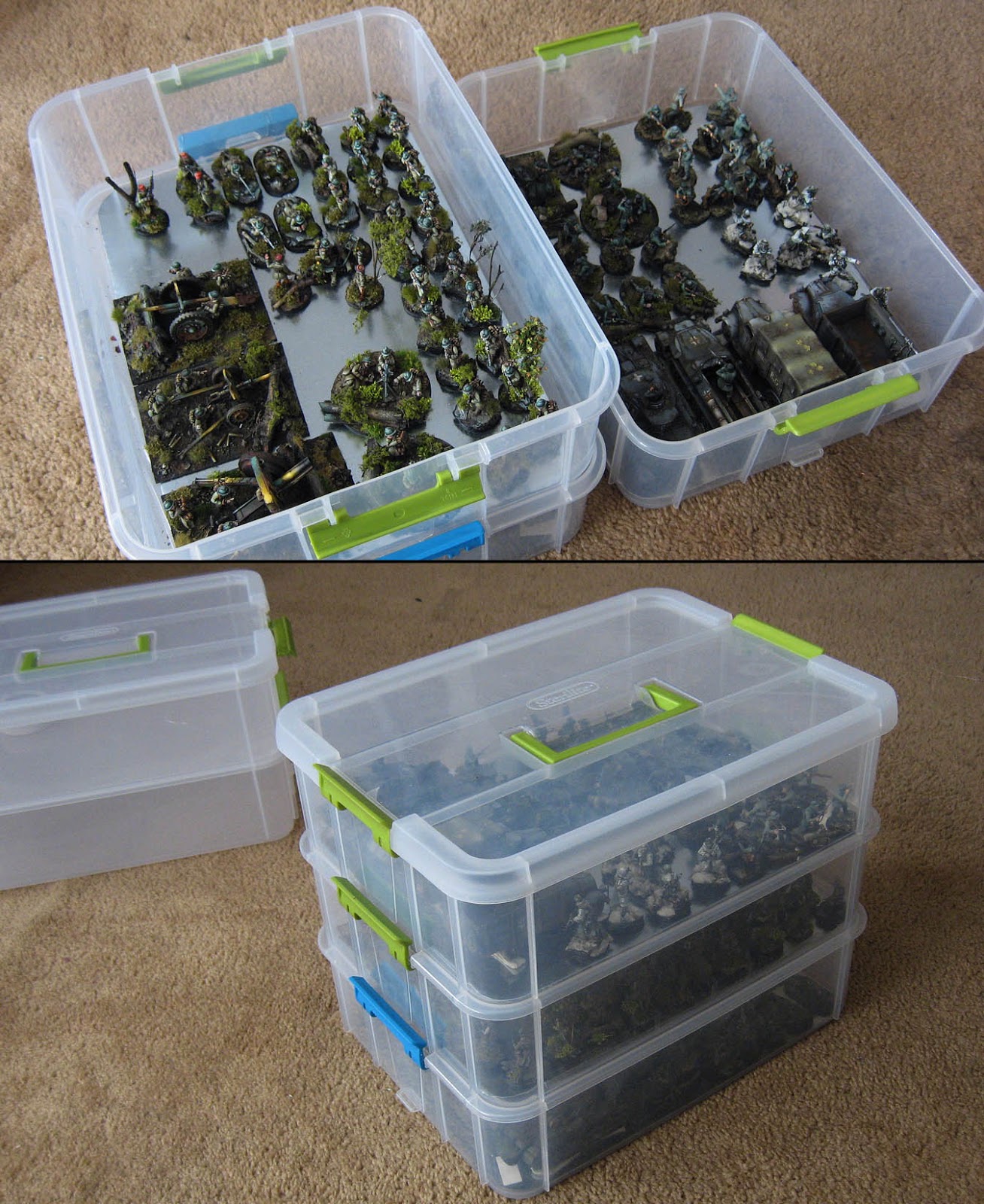 Another advantage of that stacking ability is space savings.  I have made a stack of containers 12 cases high, which takes up almost no room... but holds hundreds of minis, vehicles, paint, brushes, tools, rulebooks and much more.

Better yet, these cases usually cost around $10 per pair!! 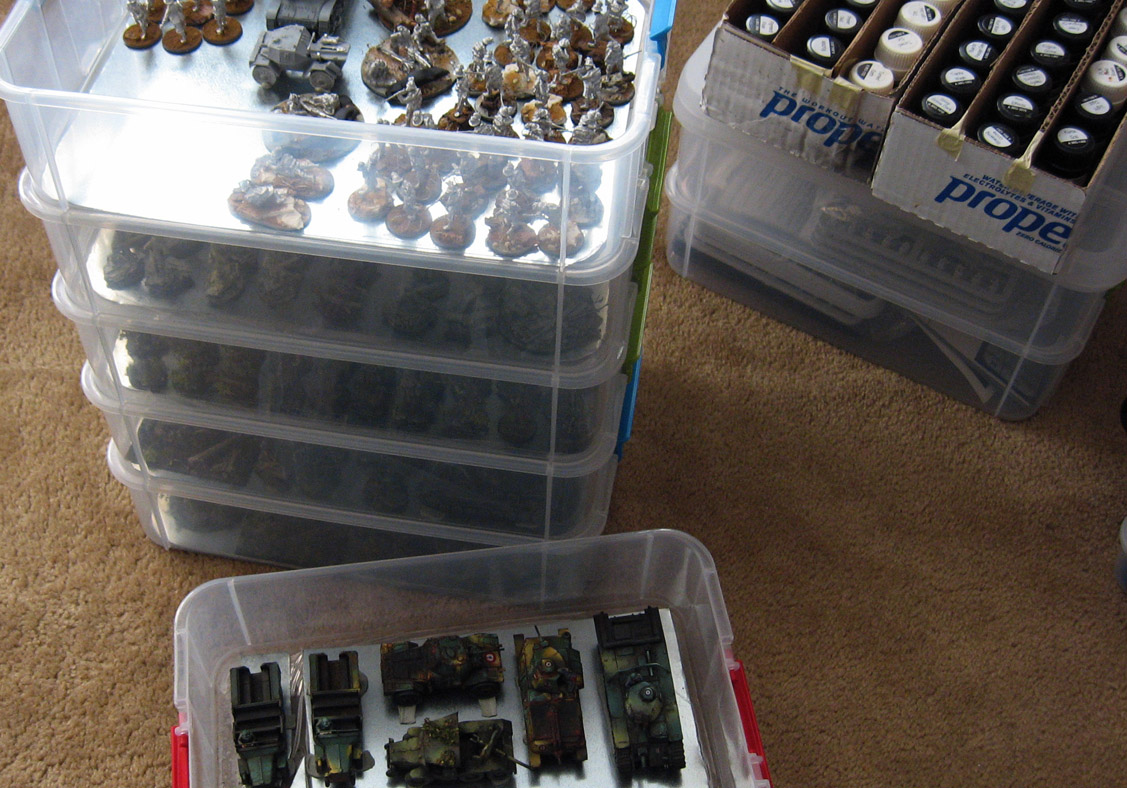