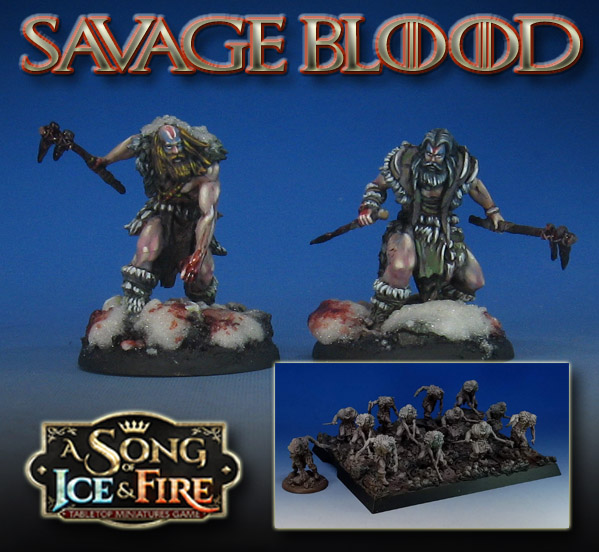 I have been having a great deal of fun basing my Song of Ice and Fire miniatures using a variety of Green Stuff World products... the latest of which are the "Crunch Times" texture sheets.  I have been using the skull piles and skull and bones sheets to base my Free Folk units. 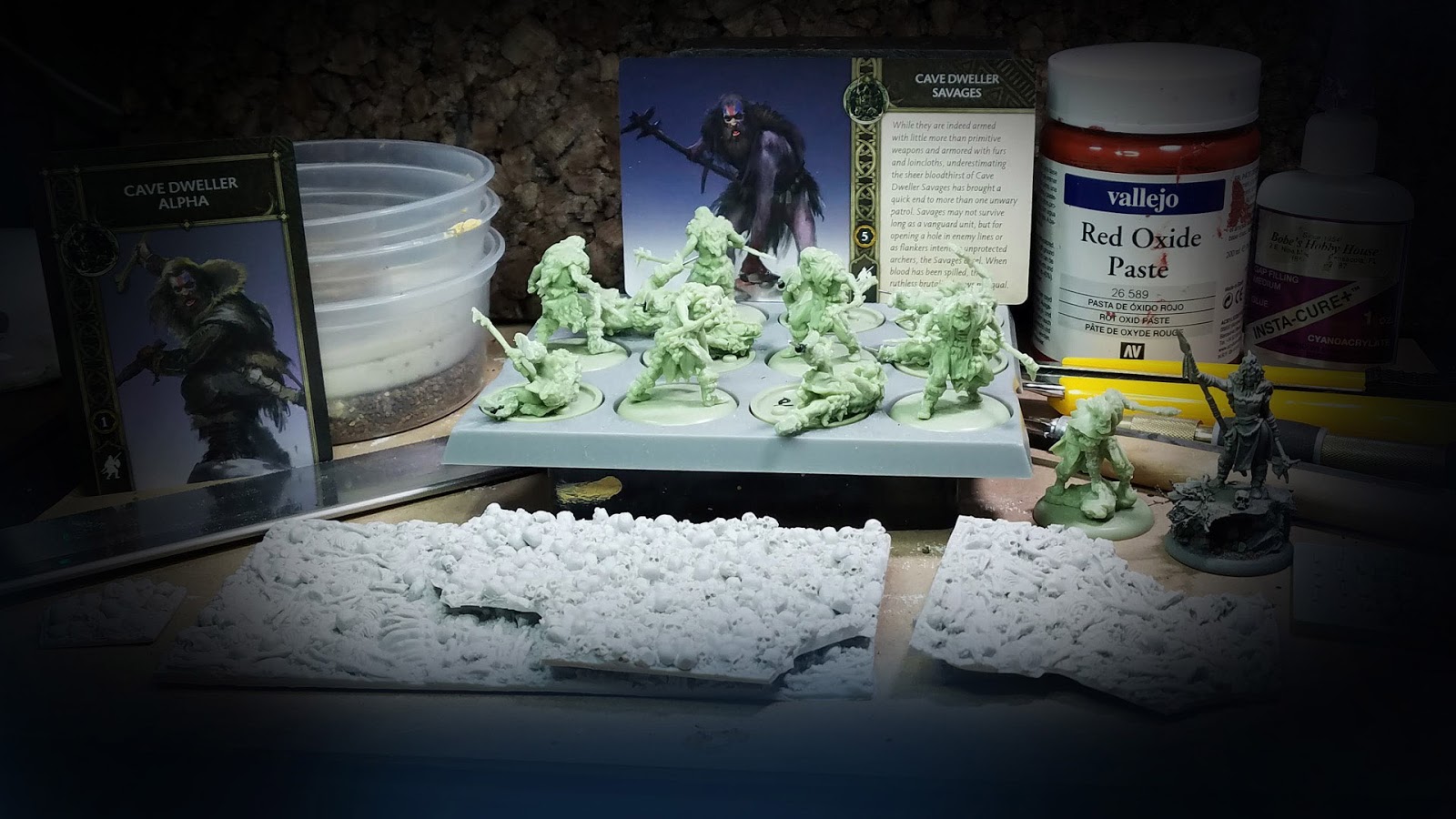 It is possible to break those up, and then use them for bot the bases and the movement tray!  In effect, you are creating a moving diorama. 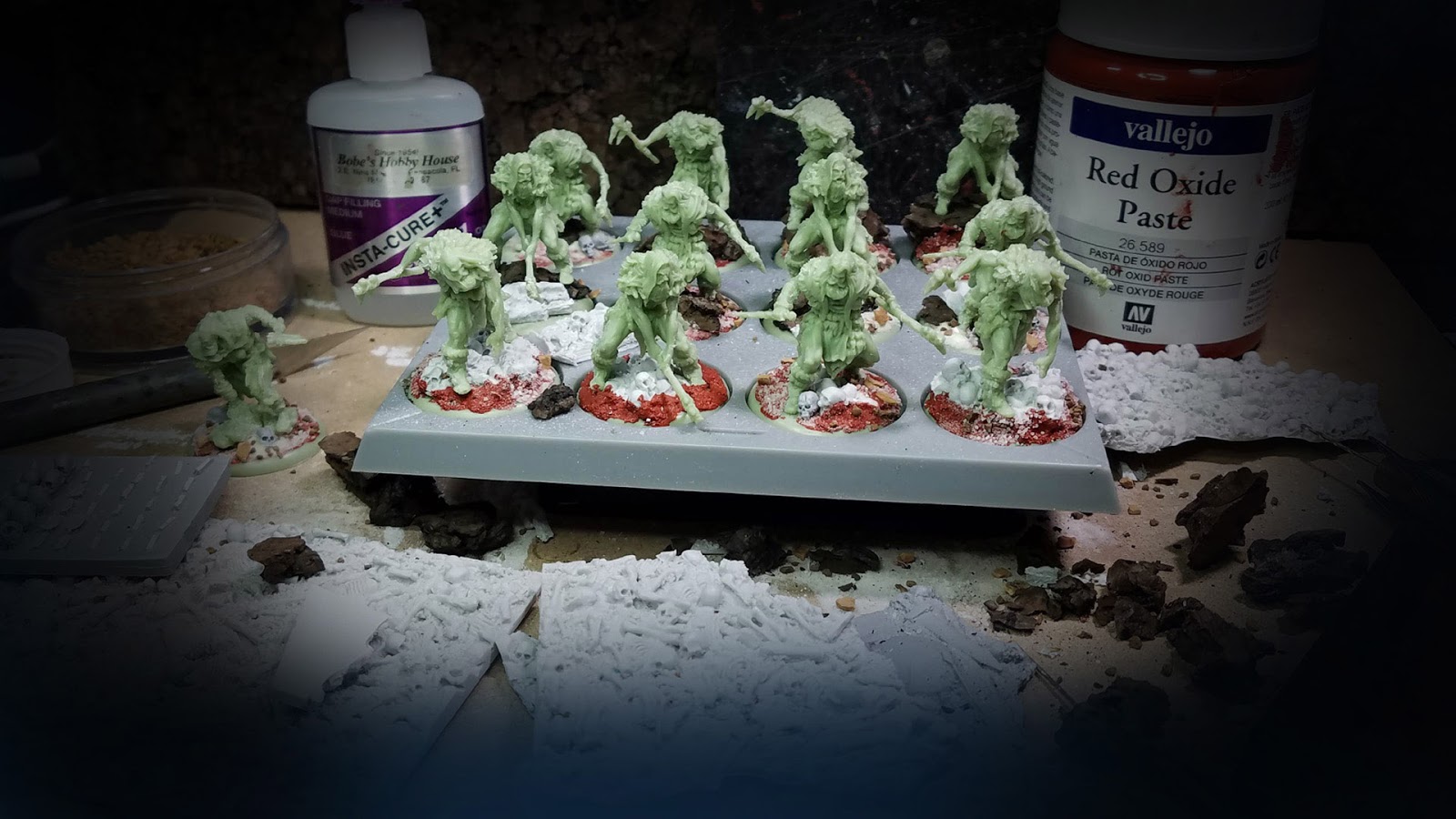 In my latest basing video, I demonstrate how this process works: https://youtu.be/nnAX658rMd8 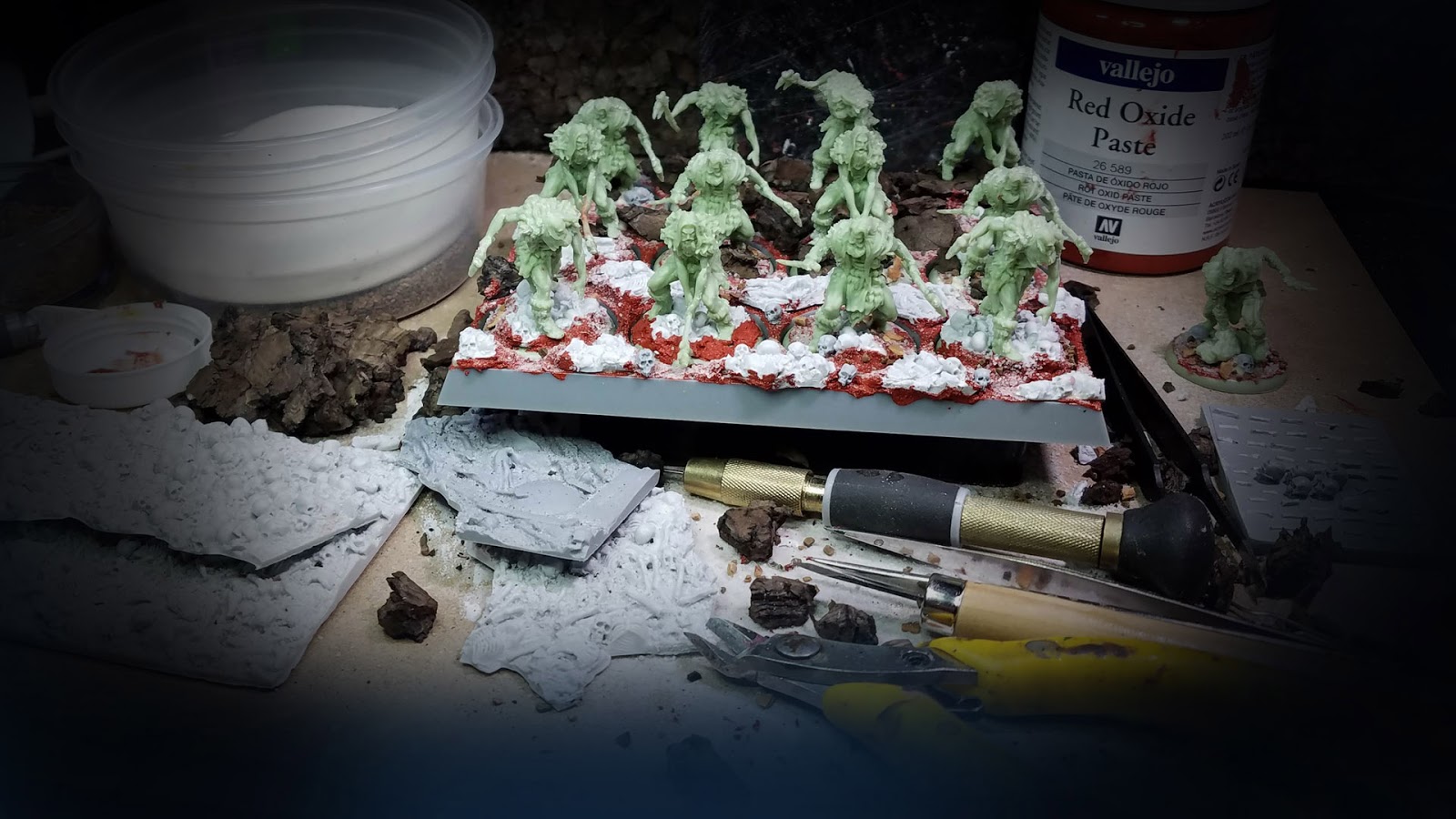 I also take you through some steps to magnetize the figures to the tray, which I have been doing for all my units.  This makes them so much easier to deal with as far as transport, but even on the table when you have to constantly move a tray around some obstacles or rotate them.  I have seen "explosions" in every battle report so far where a batch of figures go flying. 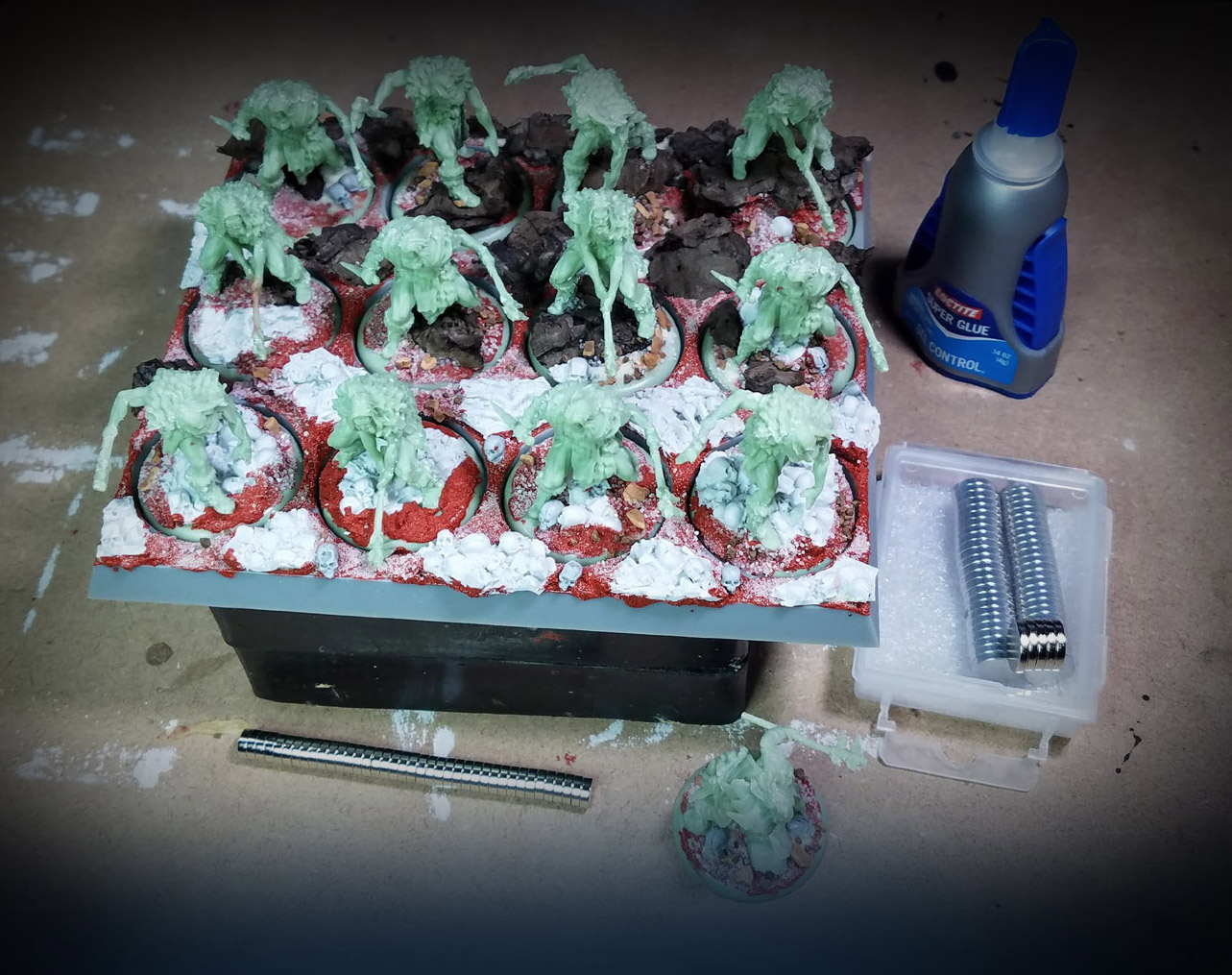 The priming process is just like this tutorial using the Badger Stynlrez primers: https://youtu.be/5pfwjapw98A 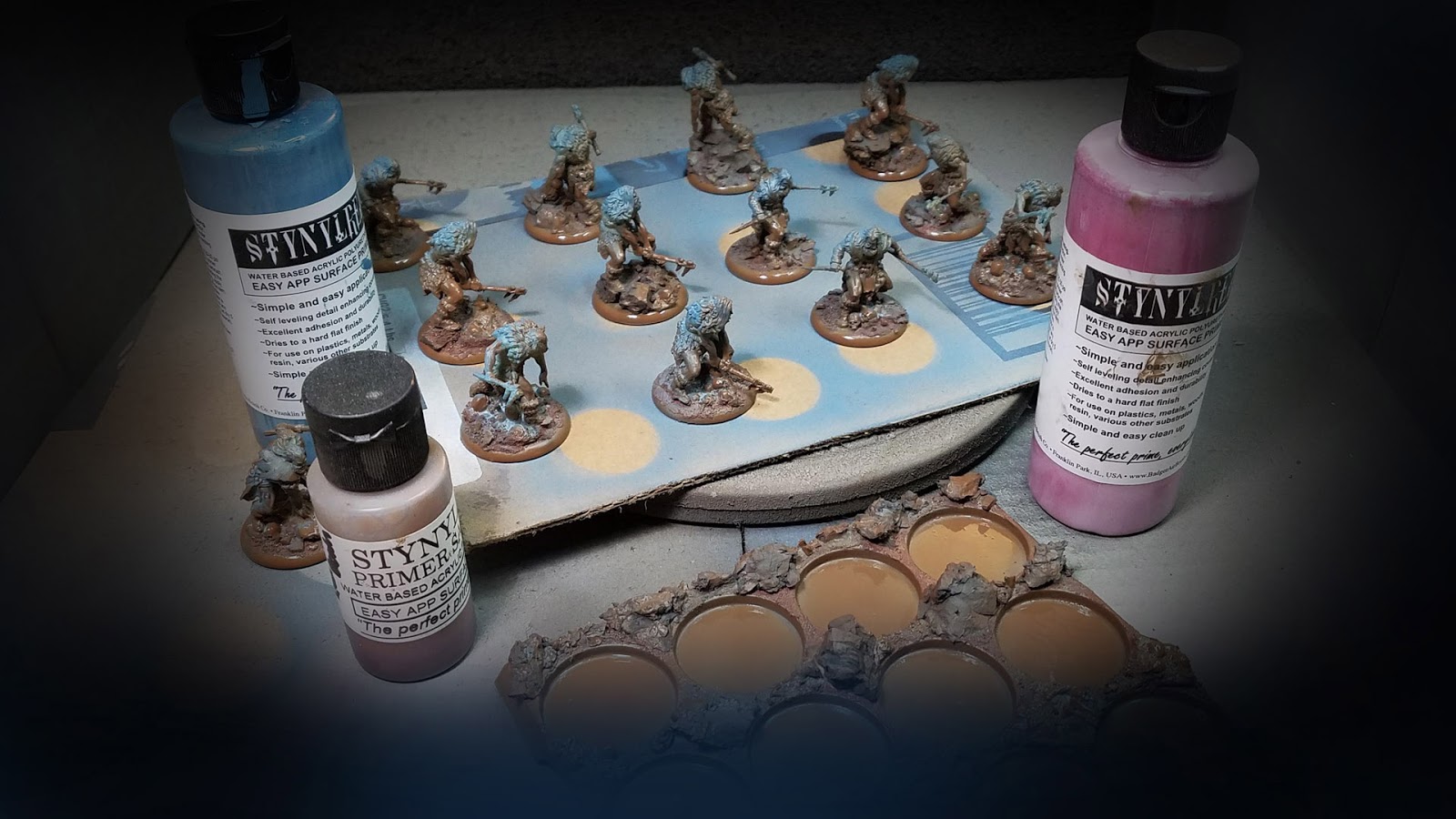 This "Pre Shading" process can make things much easier and faster when it comes time to paint the rest of the unit! 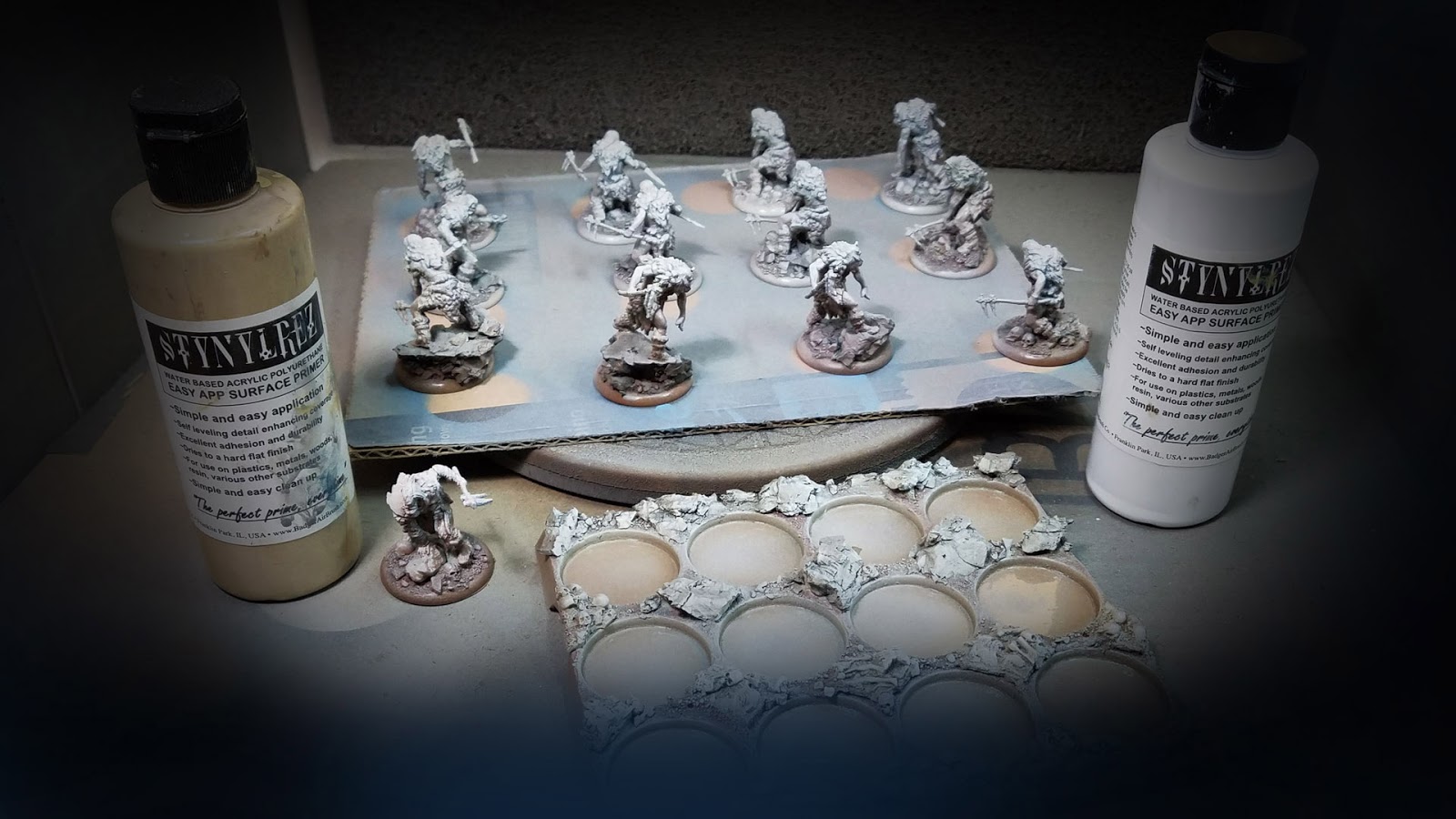 Here are a few of the "Color Test" figures.  This is an important part of the unit or army painting process, and something that is always covered in the second episode of every 5 part Army Painting series on the Patreon Page.  It is here where you can determine how long a given effect might take, and then you can multiply that by the number of figures.

This way, you know in advance how much extra time that could add to your project, and you can either eliminate that effect, or save it for select figures such as champions. 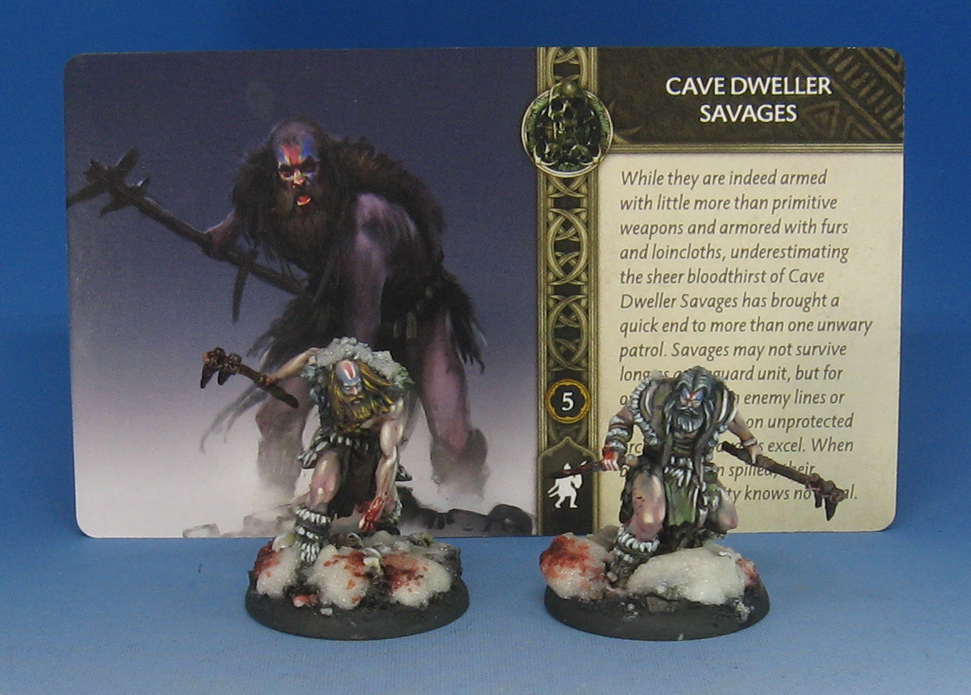 I have a number of videos showing how I do the snow and blood effects, such as this one on Shaggy Dog: https://youtu.be/W8MCJm14IYs

I am almost finished filming Series 9 of the Army Painter Patreon sets.  As I mentioned earlier, each one is usually 5 episodes long, and takes you through each step of the process from initial basing to finishing touches!  By signing up for the Army Painting level (which is $15 per month), you also have access to all the other tutorials done for that month, and that means about 20 hours of video tutorials!!

You can sign up for the Army Painting pledge here, so you don't miss out on dozens of unit and army painting content!:  www.patreon.com/JamesWappel

Posted by wappellious at 5:27 PM 2 comments: