Flight of the Valkyries 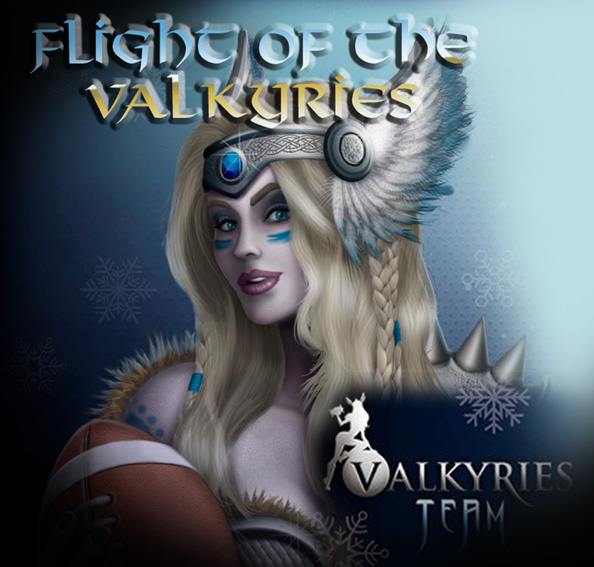 Most of you are familiar with the series of posts that I have been making for the Sukubus Studios Demonette blood bowl team.

Last year they had a second successful campaign for a Valkyrie team.  This will be just as amazing as that first effort!

Here's a post showing the unboxing of that team from their first campaign:
http://wappellious.blogspot.com/2015/01/making-impossible-bossible.html 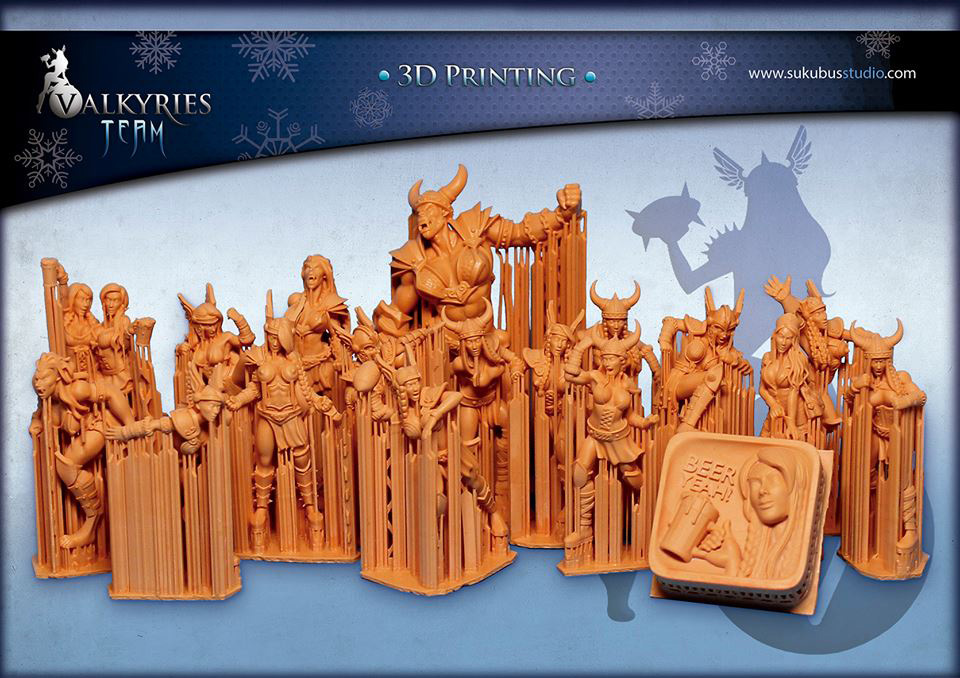 As you could see in that first post, nearly all of the figures were one piece, no matter how dynamic the poses.  That really amazed me.  It certainly made prepping them a lot easier!

This promises to be more of the same... with more great sculpts! 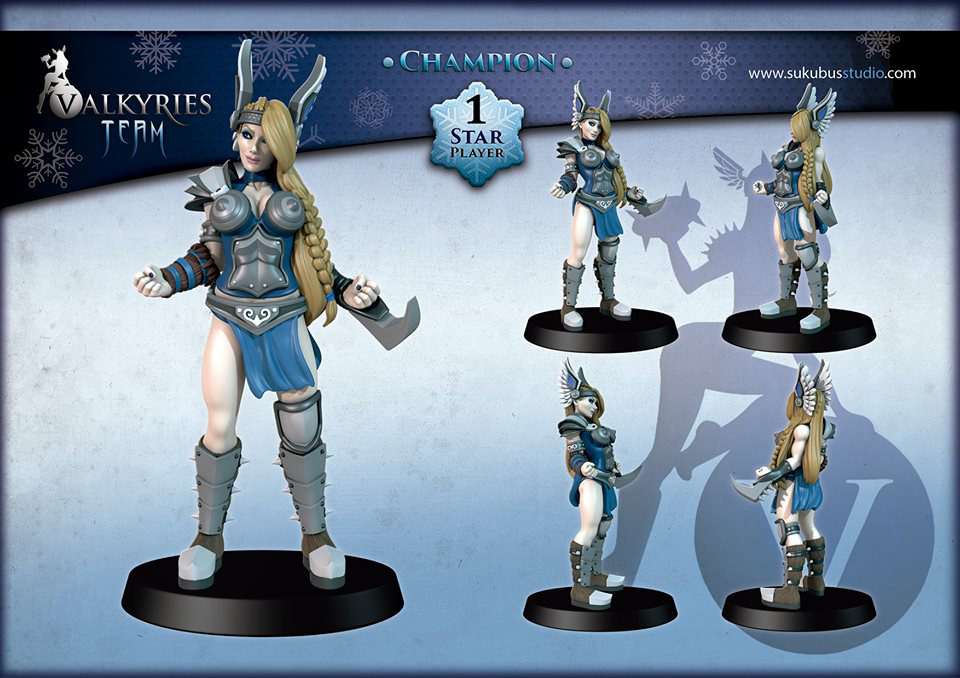 And now for a render, which is going to be incredibly close to the final result.

I will post a few links to Sukubus figures that I've already painted:
http://wappellious.blogspot.com/2015/11/sukubus-blood-bowl-team.html 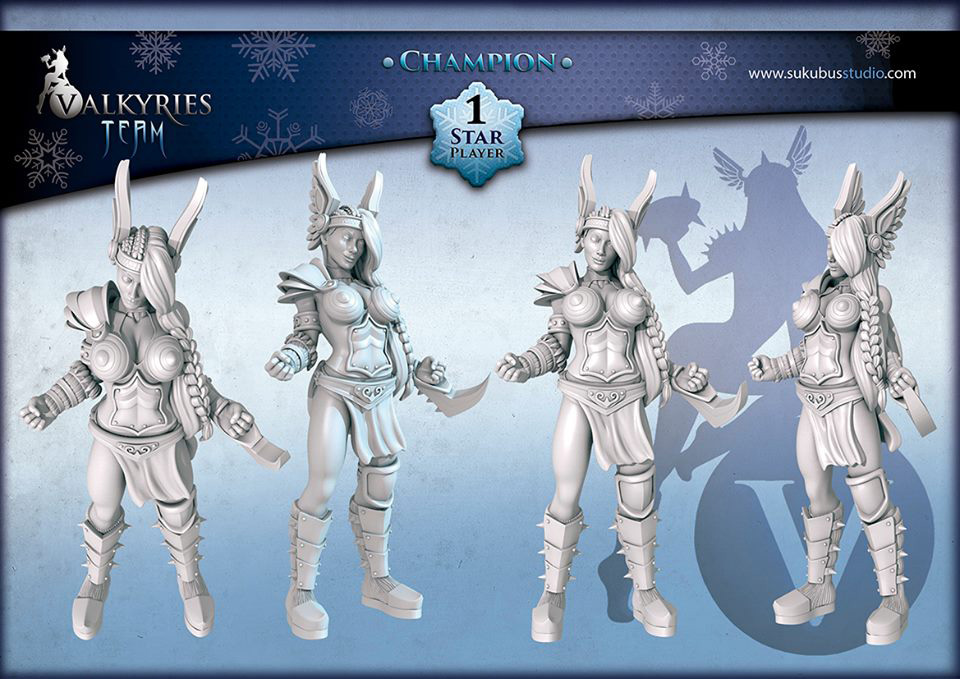 I'm guessing that nearly all the Valkyrie team sculpts will be of the one piece variety as well. 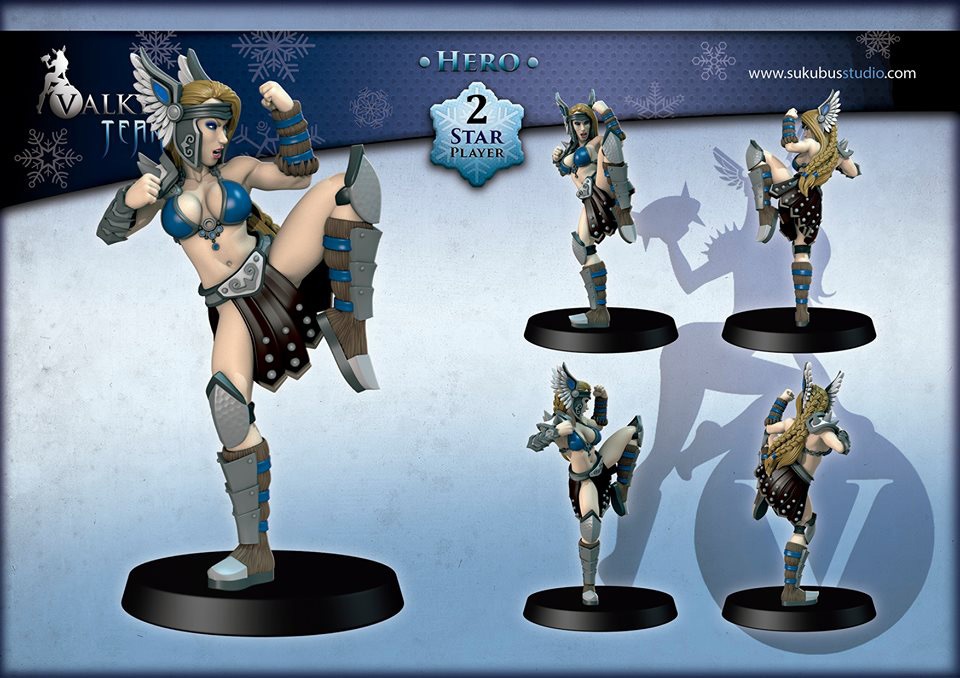 I'm really eager to get at these, since the Demonettes have been a blast to paint! 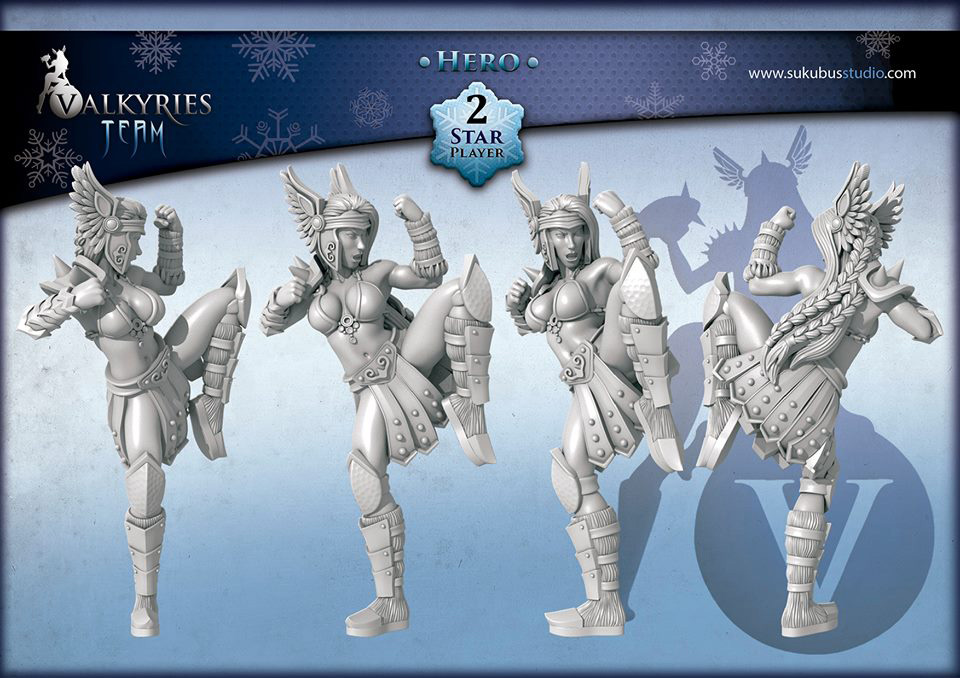 You gotta have Bloodwieser Babes too! 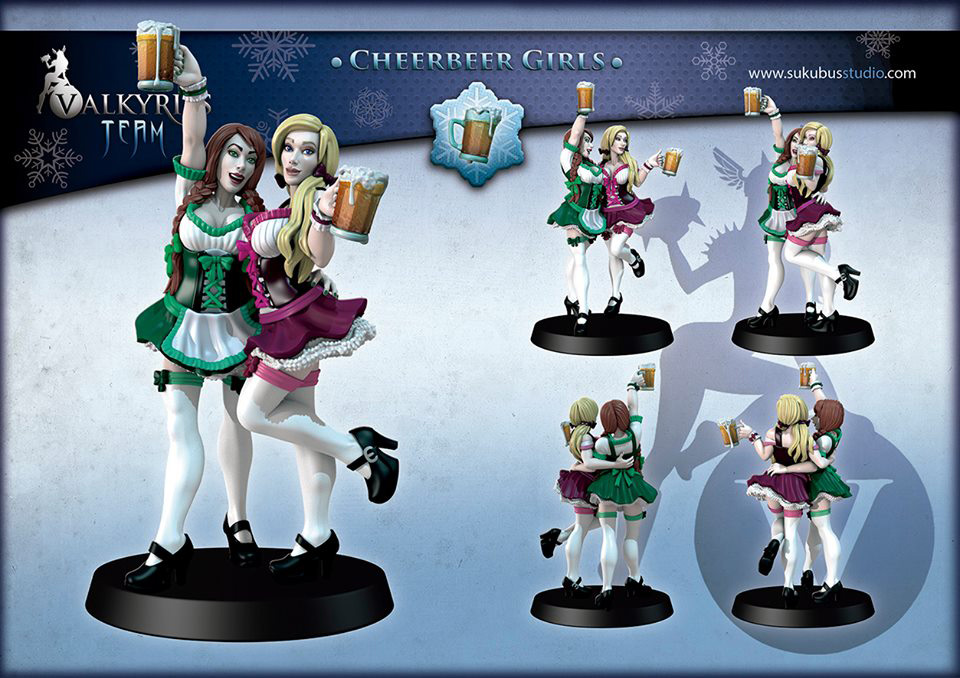 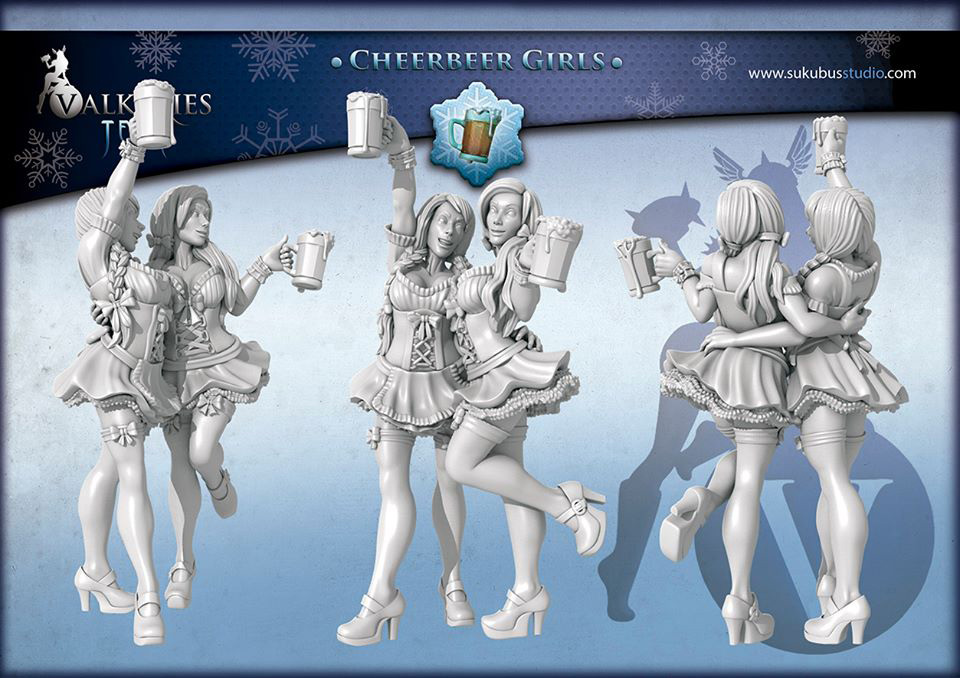 Ah, the snap of the rubber glove.  Usually that gets any player running back out onto the pitch.  But in this case... 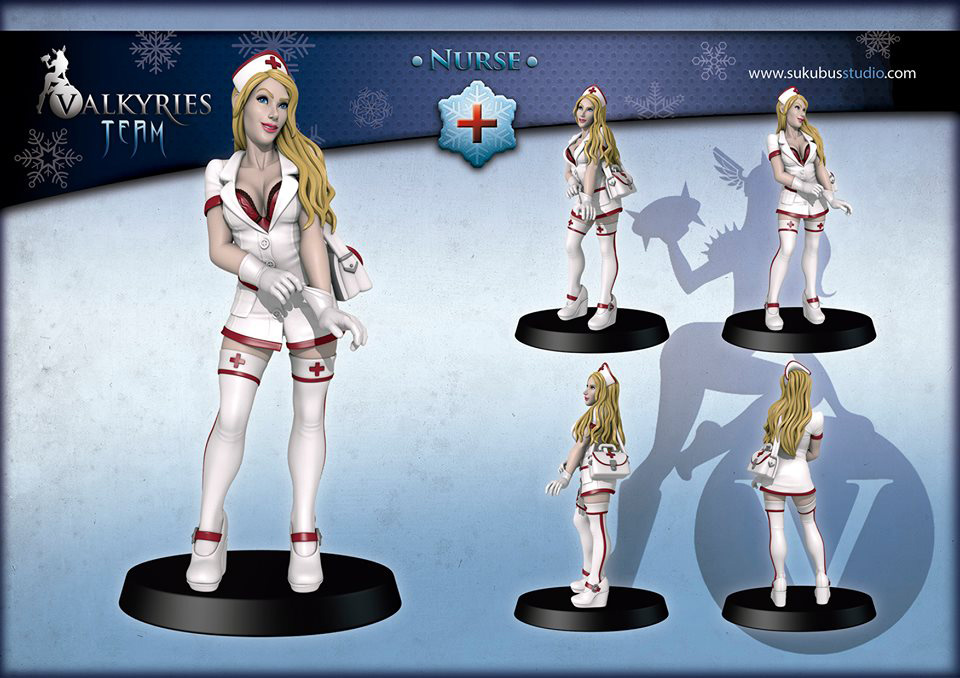 Each of the faces has enough detail to put some fun expressions on them: 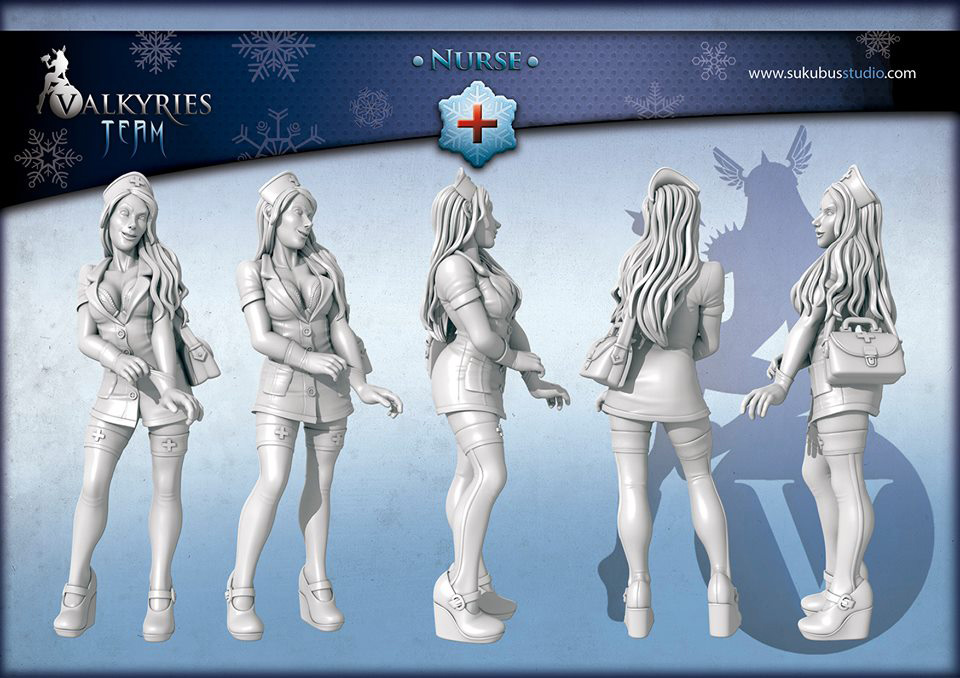 Posted by wappellious at 9:57 AM 2 comments: