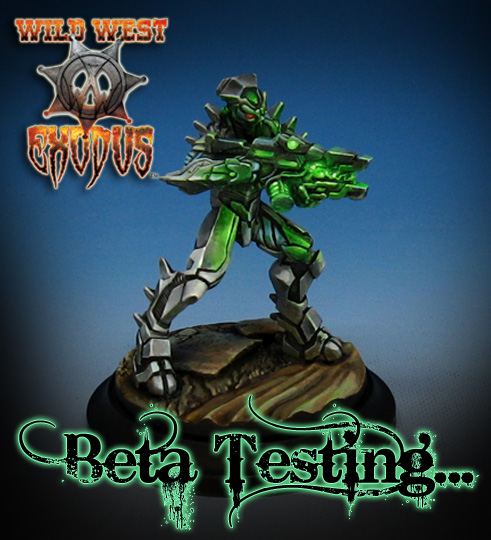 Yes... there are ray guns in the Weird West!  Or at least in Wild West Exodus :-)  Meet Beta, a new character who was part of the Unfinished Business kickstarter campaign.

He joins the rest of the Watchers in ending the scourge known as the Human race.

In keeping with the rest of the Greys, and the King Scarab, a lot of subtle variations in the grays were needed to give this shape.  Unlike most of the other Watcher figures that I have painted, this one had a lot of angular surfaces.

This allowed me to be a little more reflective with some of the desert sandy tones on the legs and on the feet.

Of course, it's always fun to have lots of glowy things!!  The usual Vallejo Fluorescent treatment. :-)

One last set of images.  Stay tuned for some group shots with the big Scarab and a bunch of hired hand Greys!!!