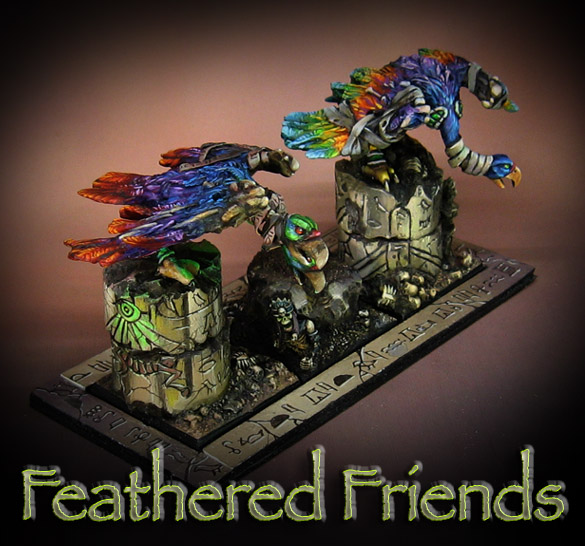 Here are some final views of the sculpted carrion birds for my Tzeetch tainted Tomb Kings army.  The bases were also carved from baked sculpey, which tell the story of Psuesennes and his corruption by the Tzeentch God.

The carrion were actually his pet tropical birds, which became horribly changed like all the rest of his kingdom once he foolishly accepted the God's unholy bargain.

That is one reason for the bright coloration, along with the Tzeentch taint.  I gave a few of them two heads to try and indicate the corruption as well.

Carving the pillars was definitely the hardest part!  Since they were round, the carving tools always wanted to scoot off the edge, and not where I wanted them.

There are also glowing skeletons inside the carrion birds.

Here's the story of Psuesennes:

The movement trays all declared the warning... "All those who enter the Tomb Cities of Pseusennes shall suffer a fate worse than death". 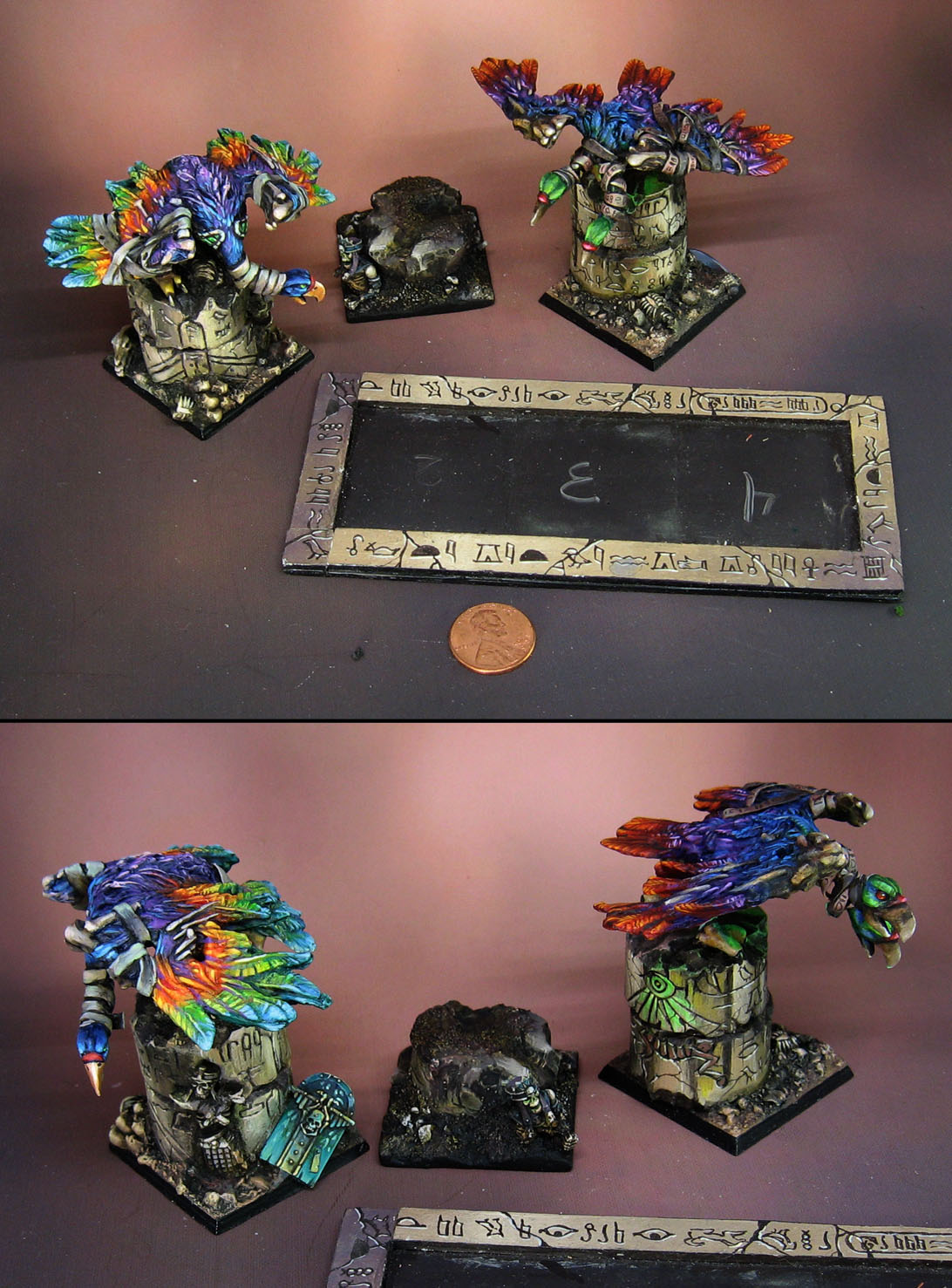 Posted by wappellious at 11:30 AM No comments: