Let me look into my crystal ball... 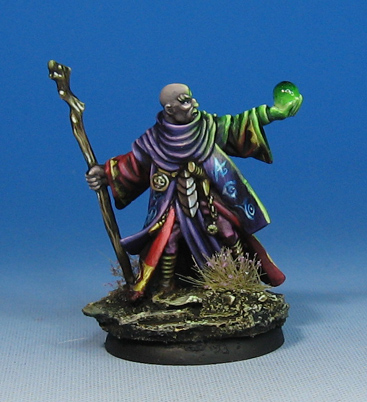 Here's another fin Reaper miniature which has been around for a very long time.

It's been fun to use the fluorescent paints and the realistic water on these glowing spheres! 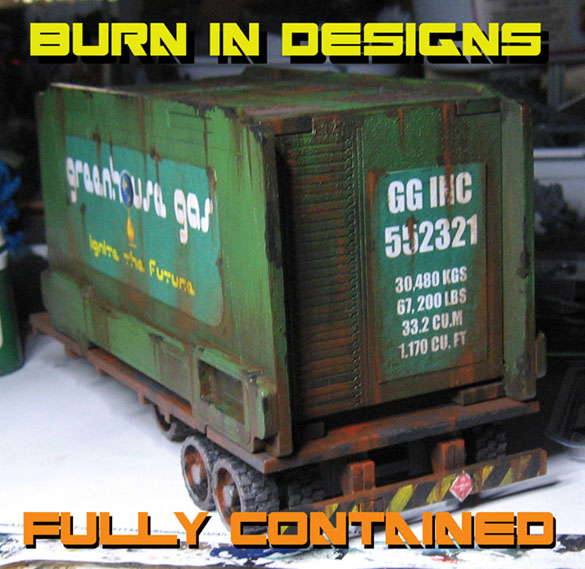 It's time to see the final phases of rendering the Burn in Designs shipping container!

We begin with manipulating that logo graphic... 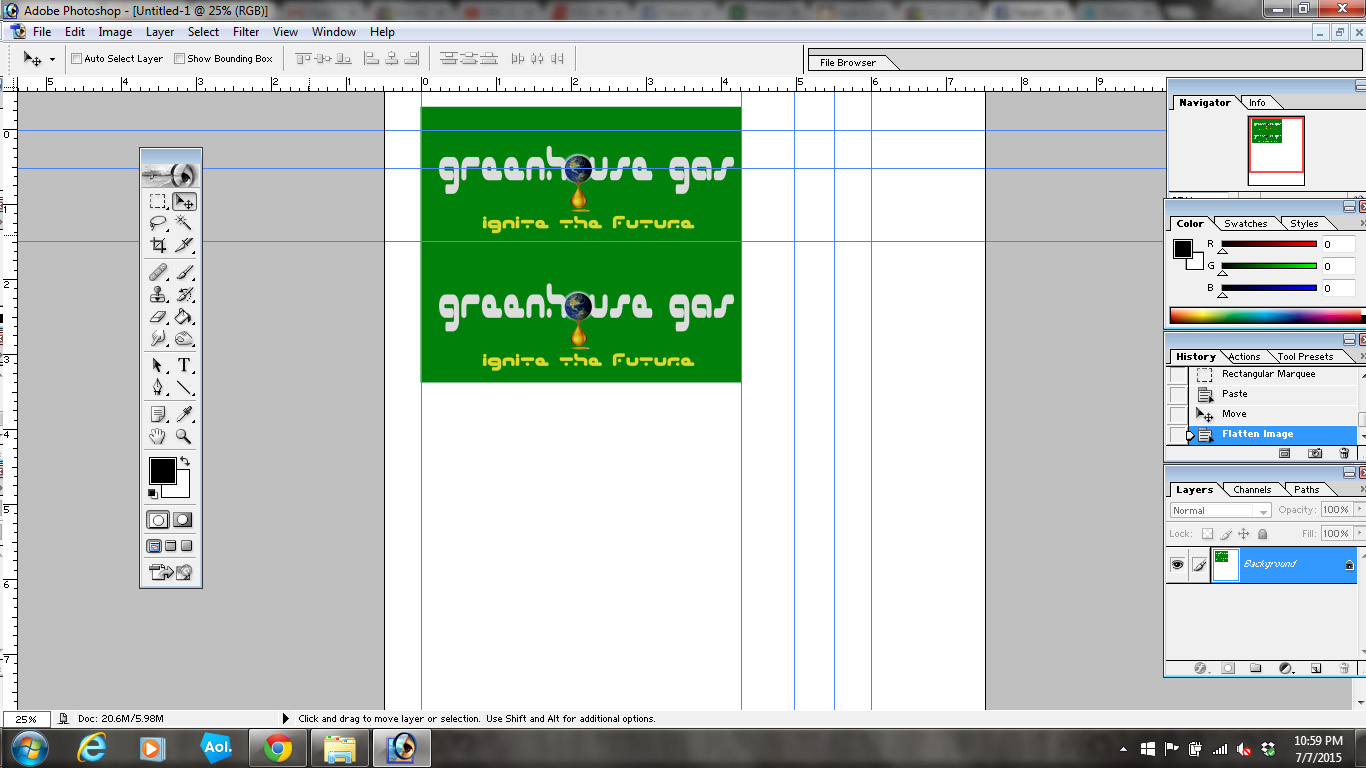 The real key to making it looks like a container was to get some reference material on those extra markings.  A google search revealed all kinds of info on that topic! 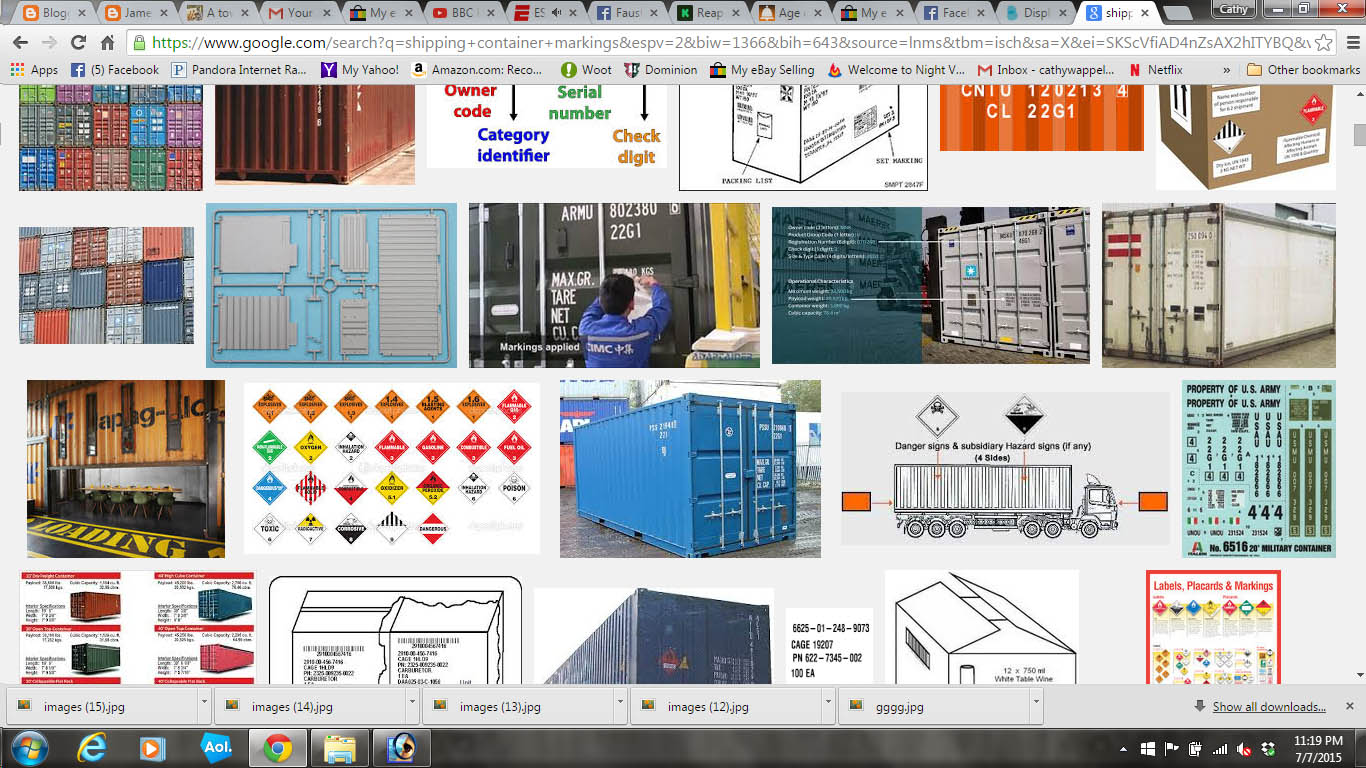 I sized some additional logos, and even found some material signs for the rig... flammable, hazardous, and so on. 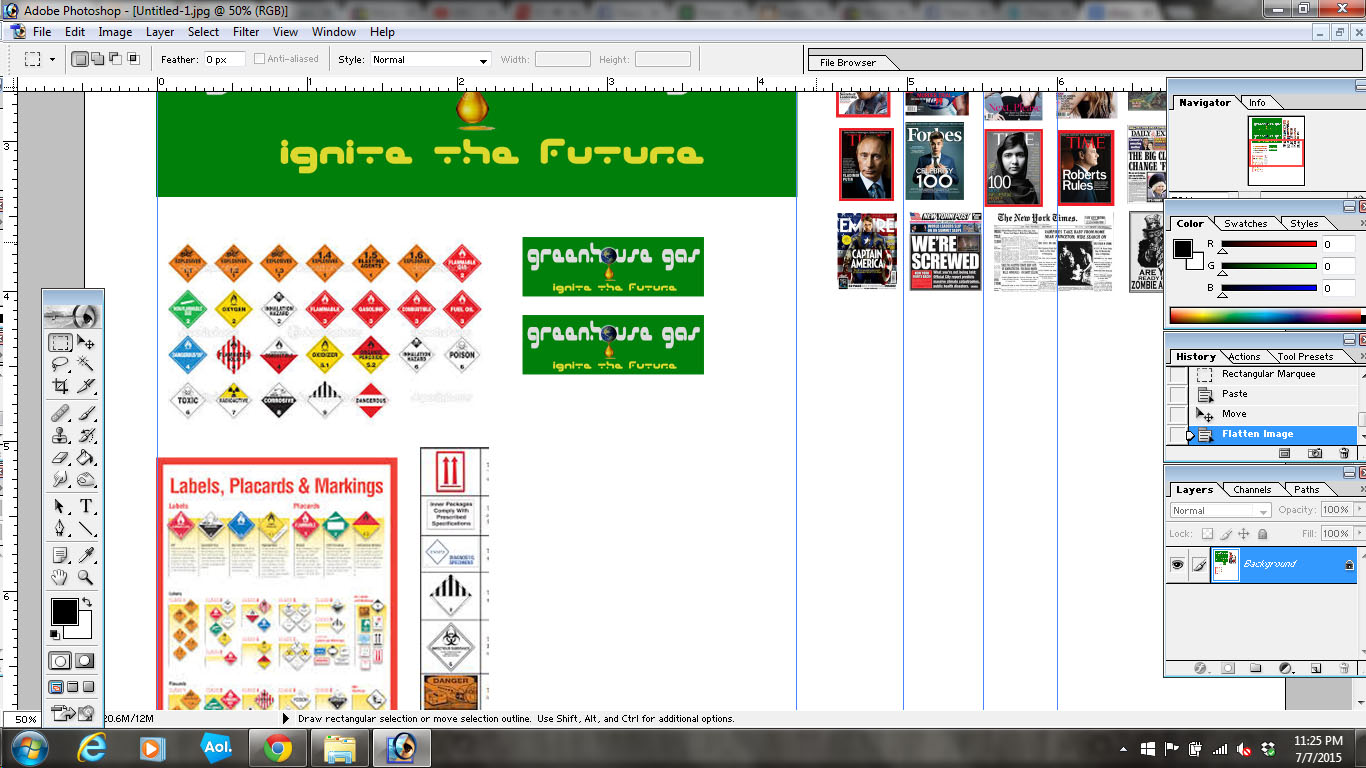 To make maximum use of the paper, I put in some street signs, magazines and newspapers for Zombicide bases. 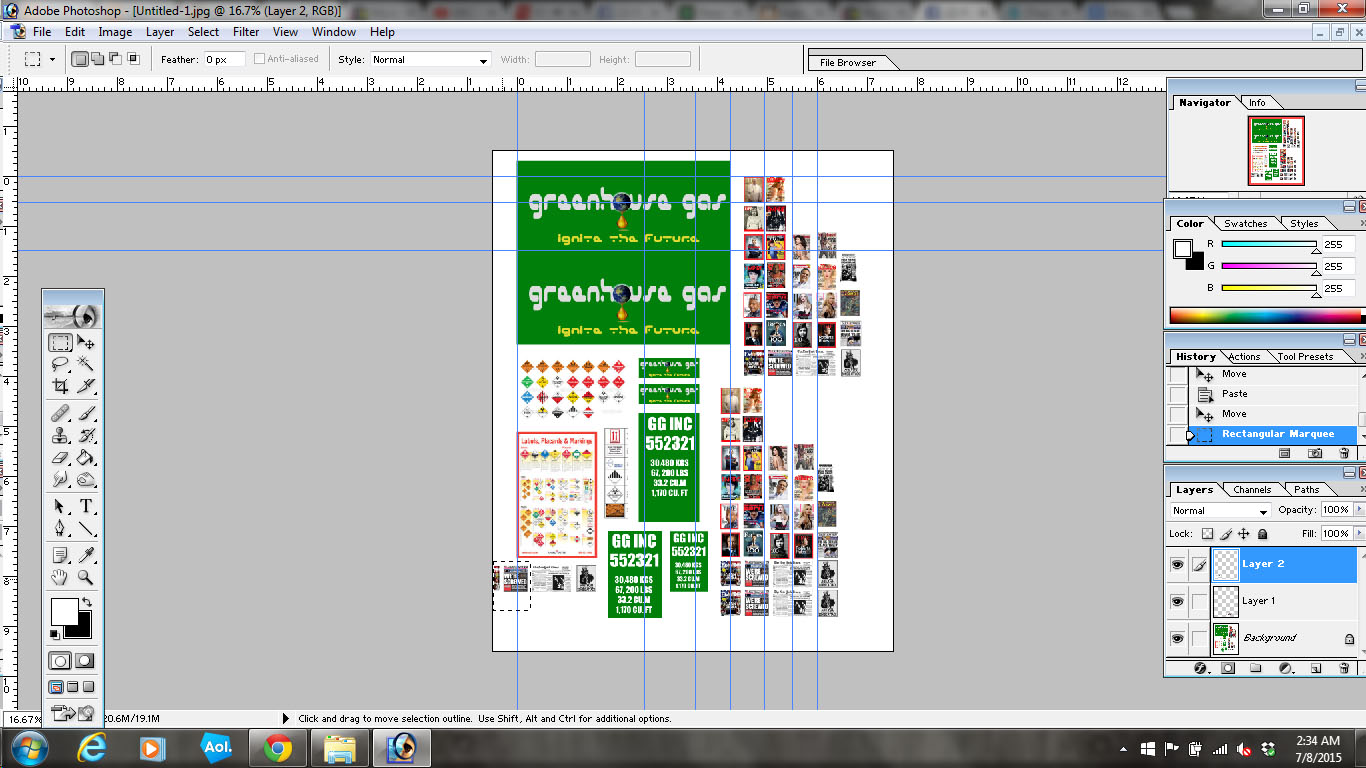 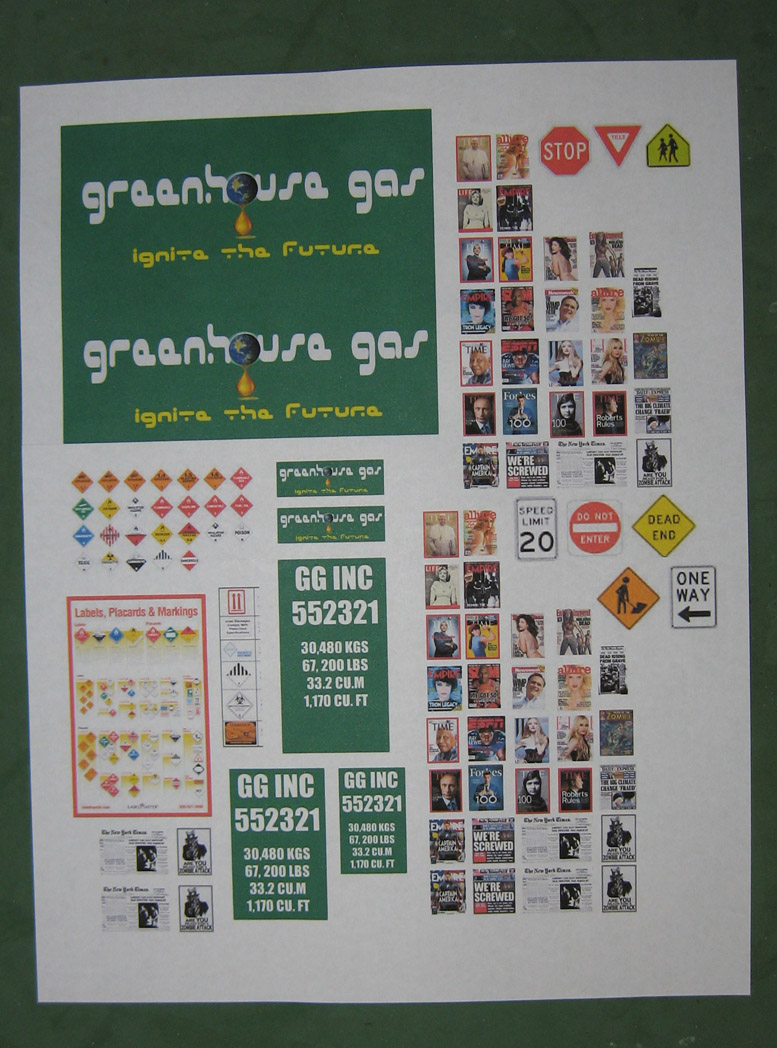 Each graphic was cut out and fixed in place... 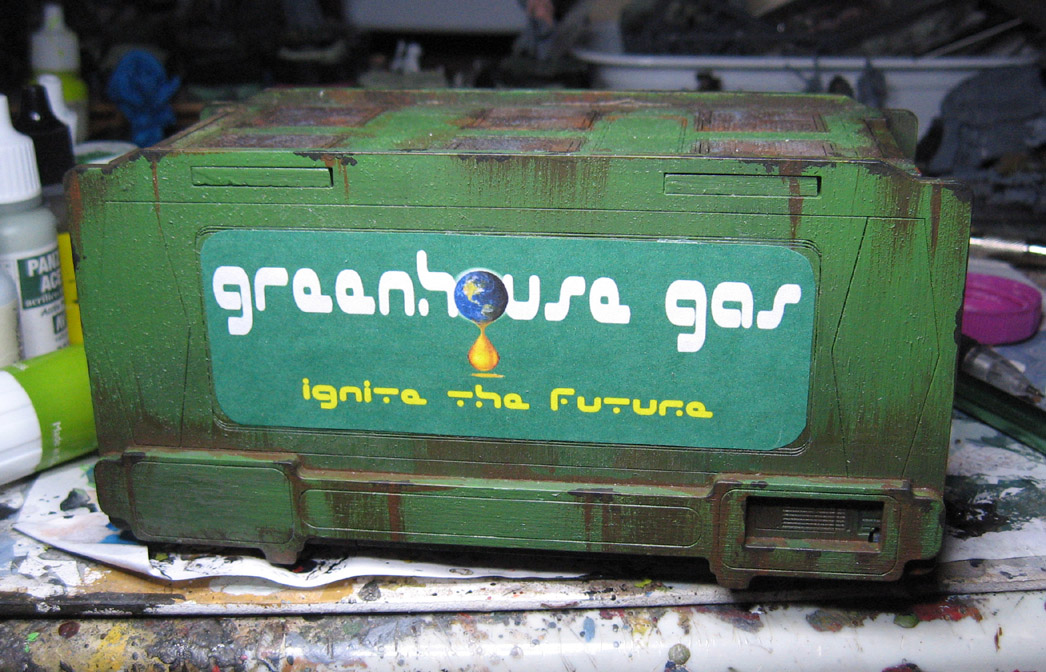 This view shows the specific stats on what's inside the container.  I went with a generic Impact/Helvetica font. 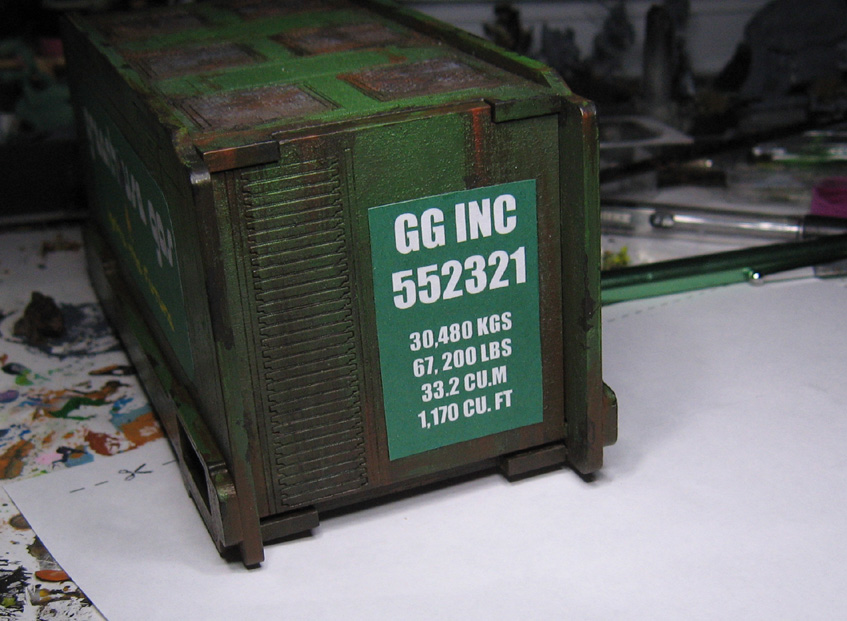 I placed some of the materials signs around the rig. 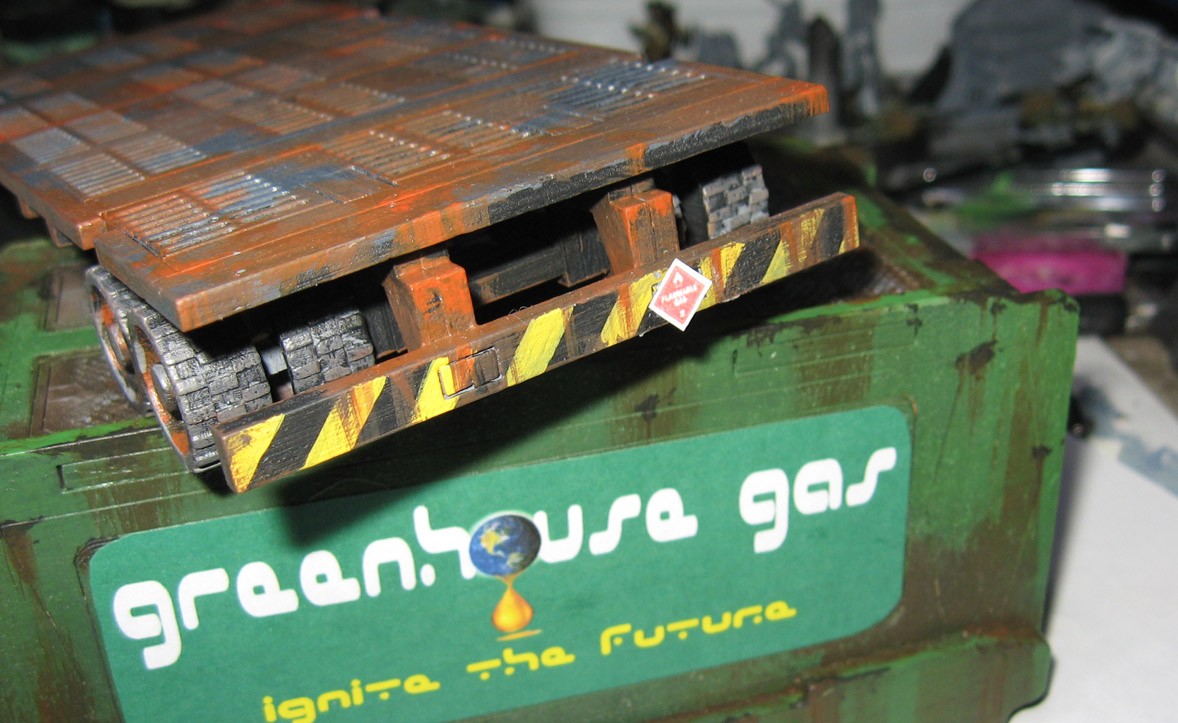 I put some of the secondary signs on various areas on top of the container and the sides... 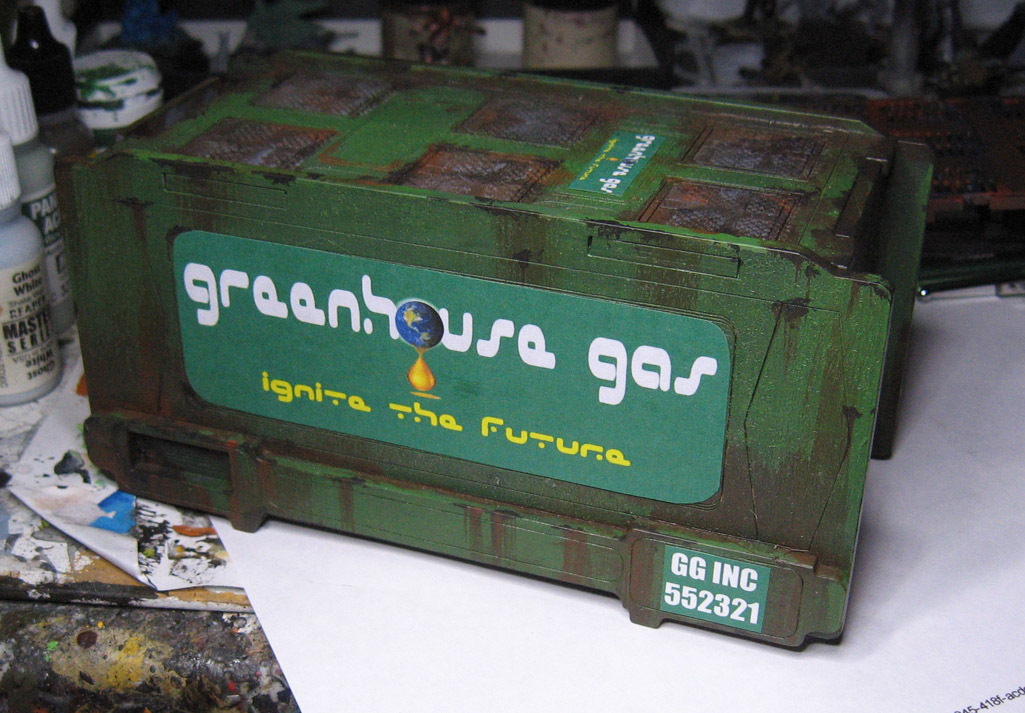 Once that was all glued in place, I could do some weathering and general blending. 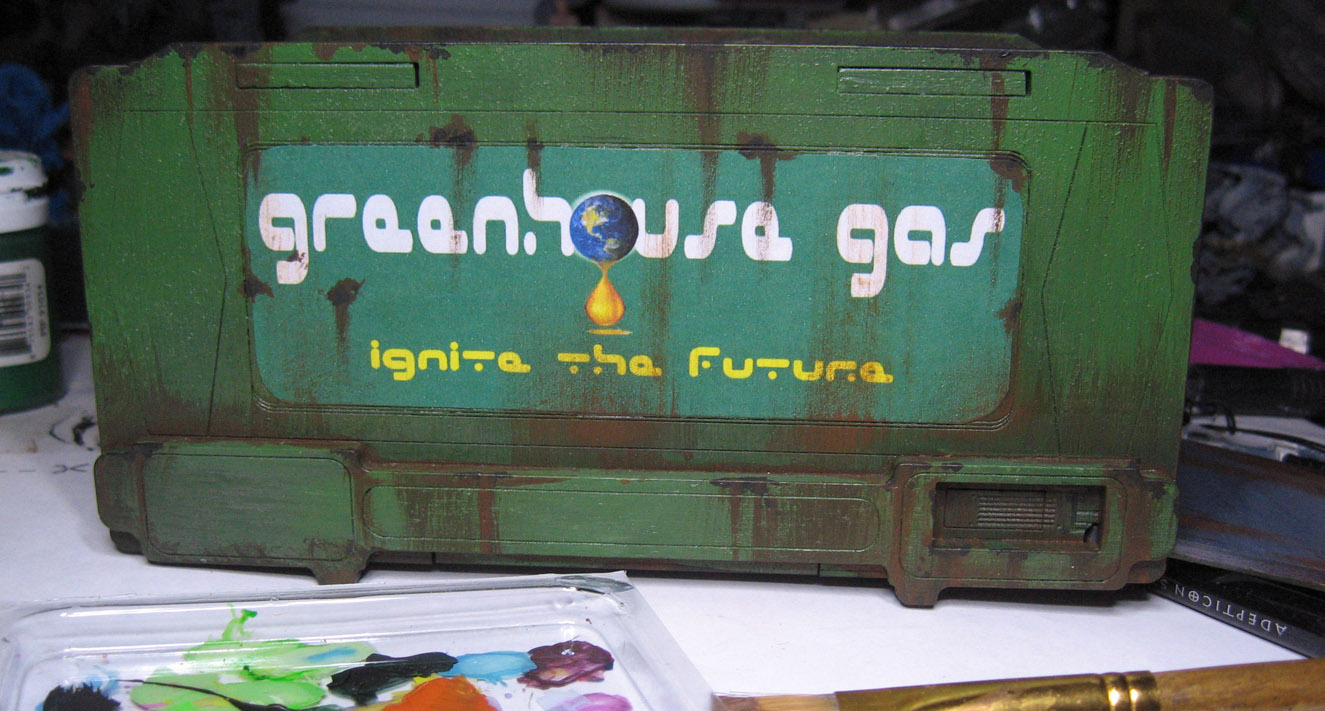 This would be the toughest to match, as there was already a great deal of weathering on the door.  I didn't want to lose too much of the lettering.

A lot of this had to be done with a very dry brush, or I would run the risk of warping the paper or smearing the ink. 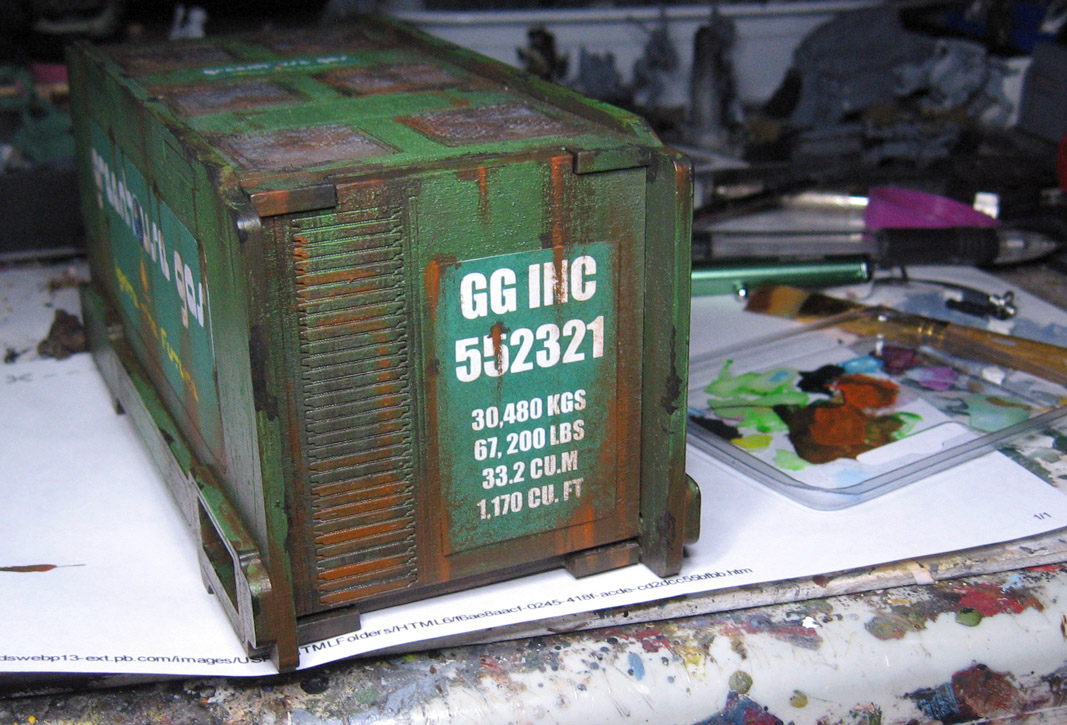 More weathering on the other panels helps to make it look like it was part of the original painting process. 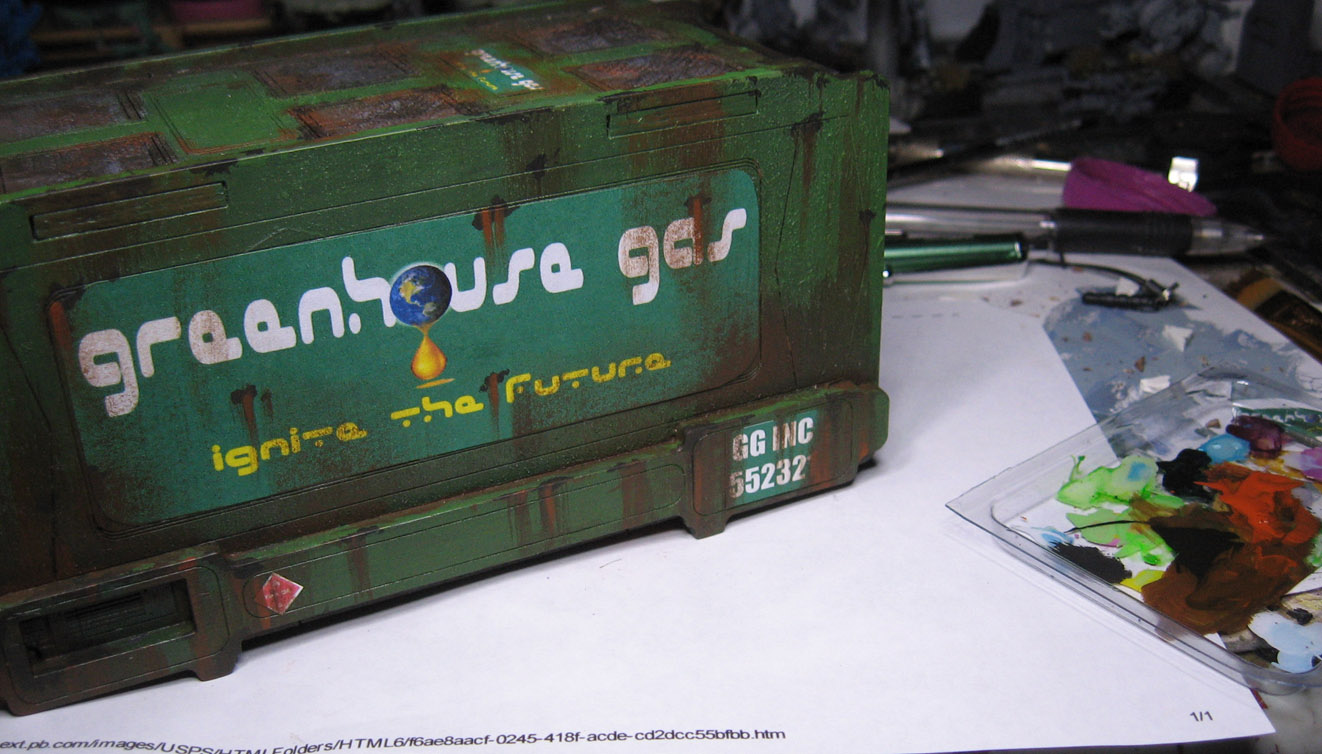 Now for some views on the rig itself. 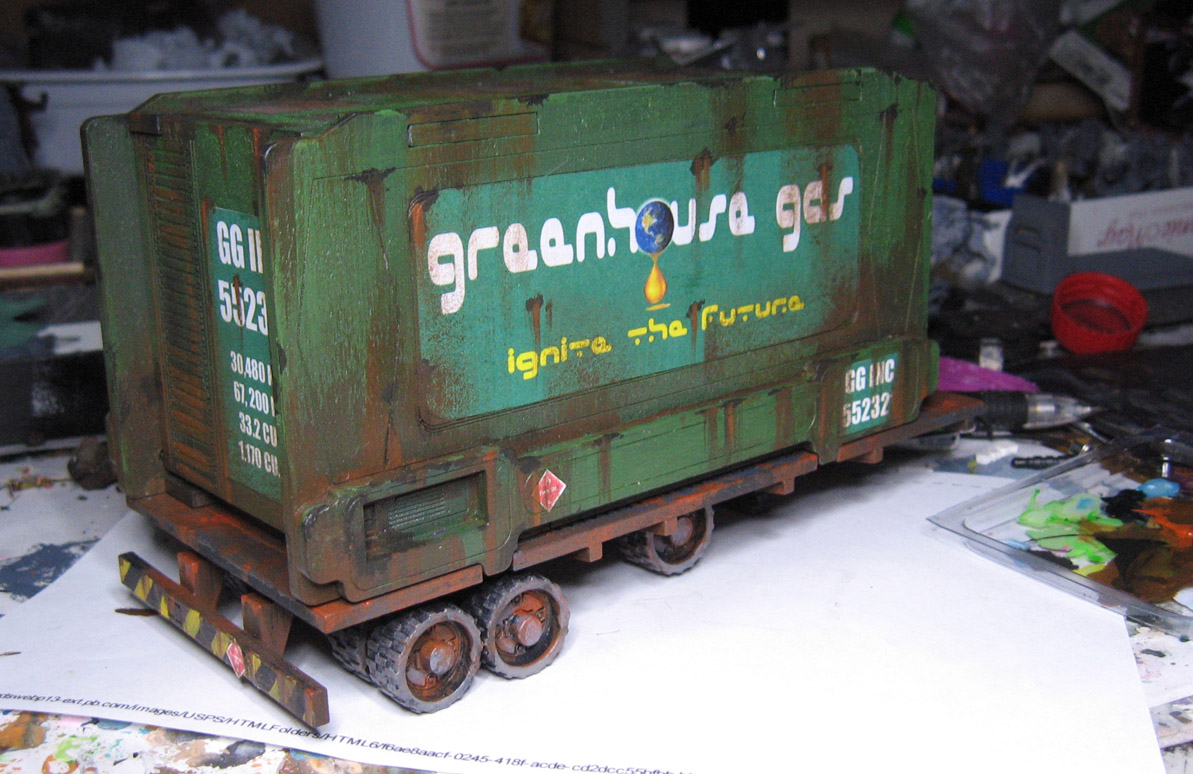 As always, I learned a lot making this project.  There are a few other containers yet to paint! 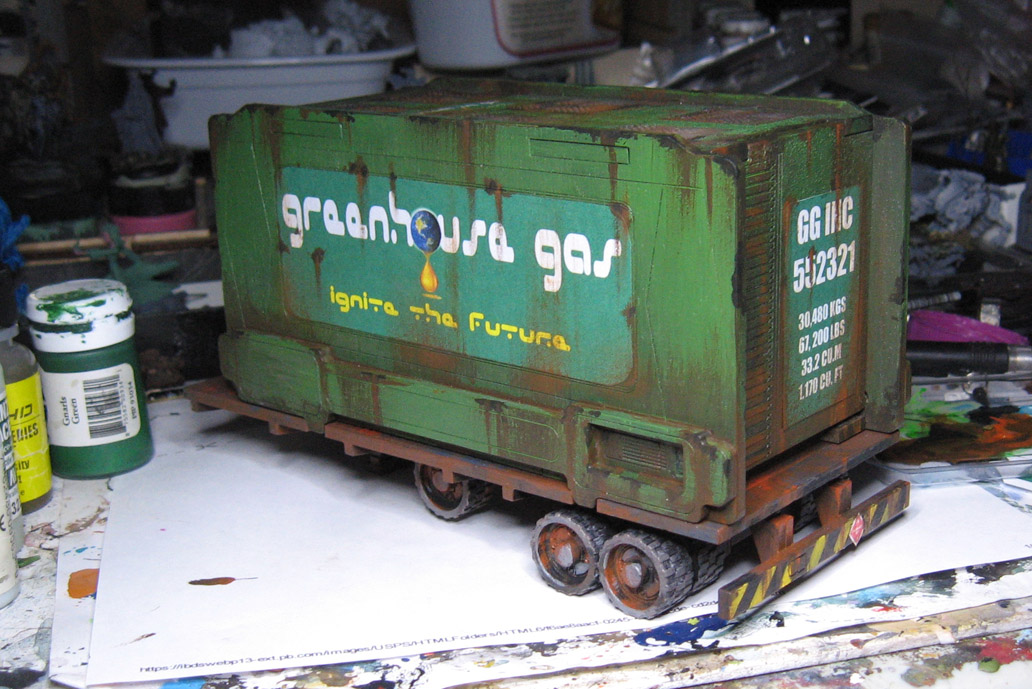