A no fly zone 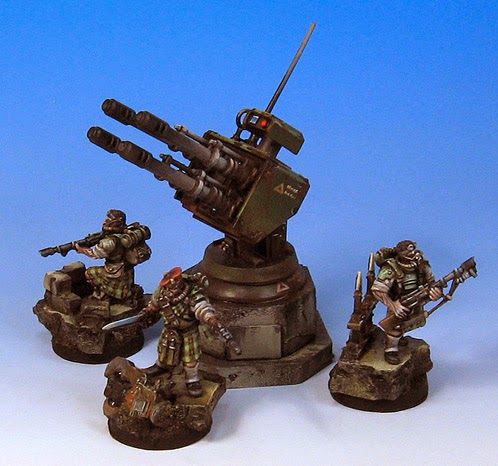 I have to say, I am really looking forward to shooting some clay pigeons this year.  Of course, the meta may have changed so much that nobody takes them anymore... or not span them as much.

It is my belief that this year's tables are going to see much more terrain on them.  Along the lines of previous years.  That would have been way more helpful last year, but I think it can still assist this group.

While the crazy conversions/scratch builds look fun when they are in the unprimed stage, I really like seeing them all painted!

This was a fun little project, and one that will make the army board look even better.  It should also help out a bit during games.  The ADL was huge in the test game that we played. 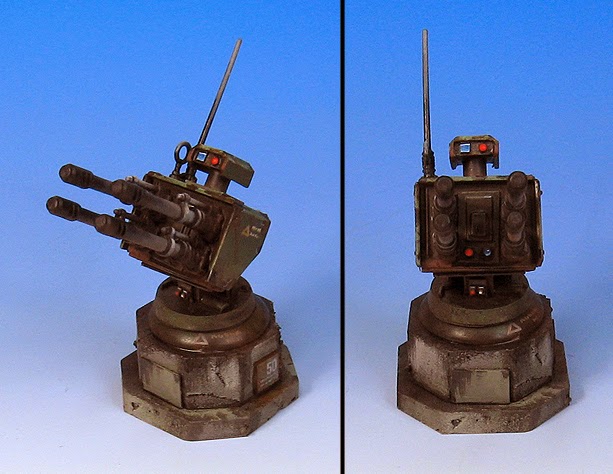 Yes, the Highland Moss Guard approves!  Victoria's finest have claimed this for themselves! 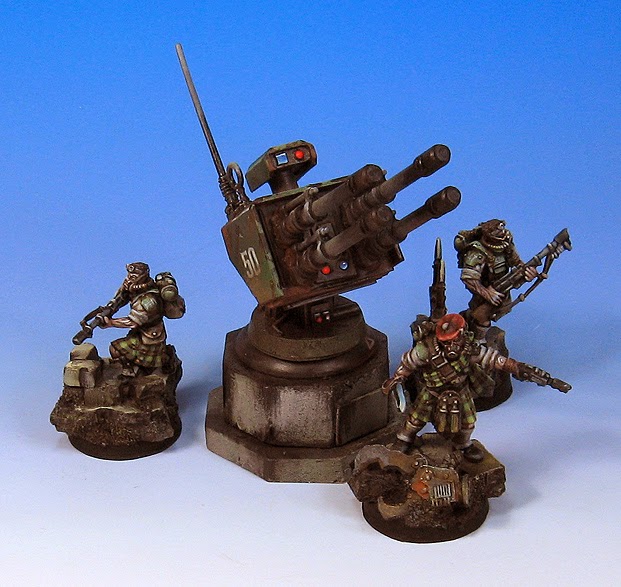 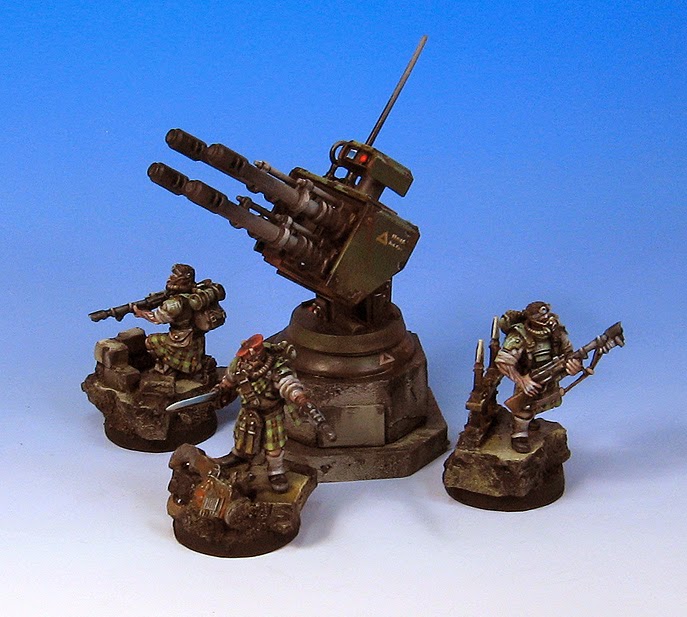 Posted by wappellious at 2:45 PM 2 comments:

Up on the rooftops 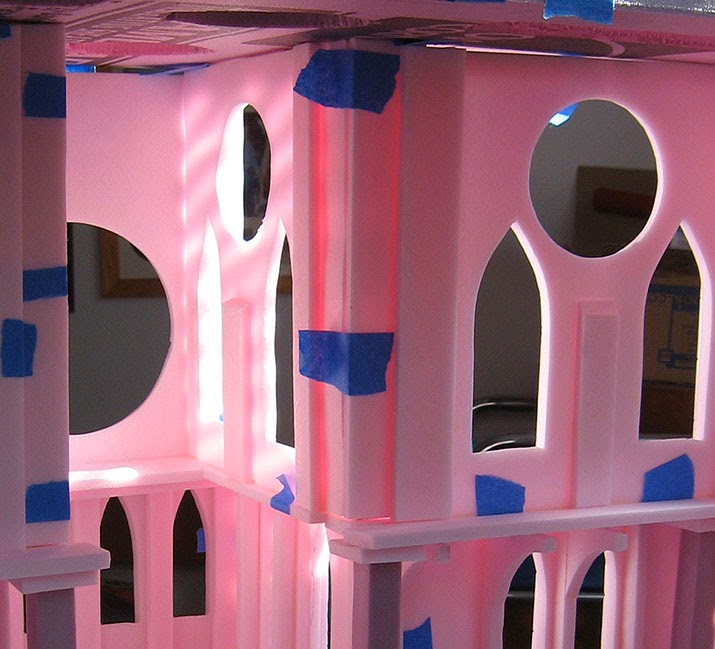 After allowing the glue to set up for a while, it was time to start working on the roof.  I used a half inch thick piece for the base of it, since that would let me set the LED lights into it very easily.

I need to be able to get at those things very easily, and I learned last year that cutting the holes a tiny bit short means the flexible foam will hold the lights in place.  The flexibility of the foam has just enough give so that I can pull the lights out of there to replace batteries and so on. 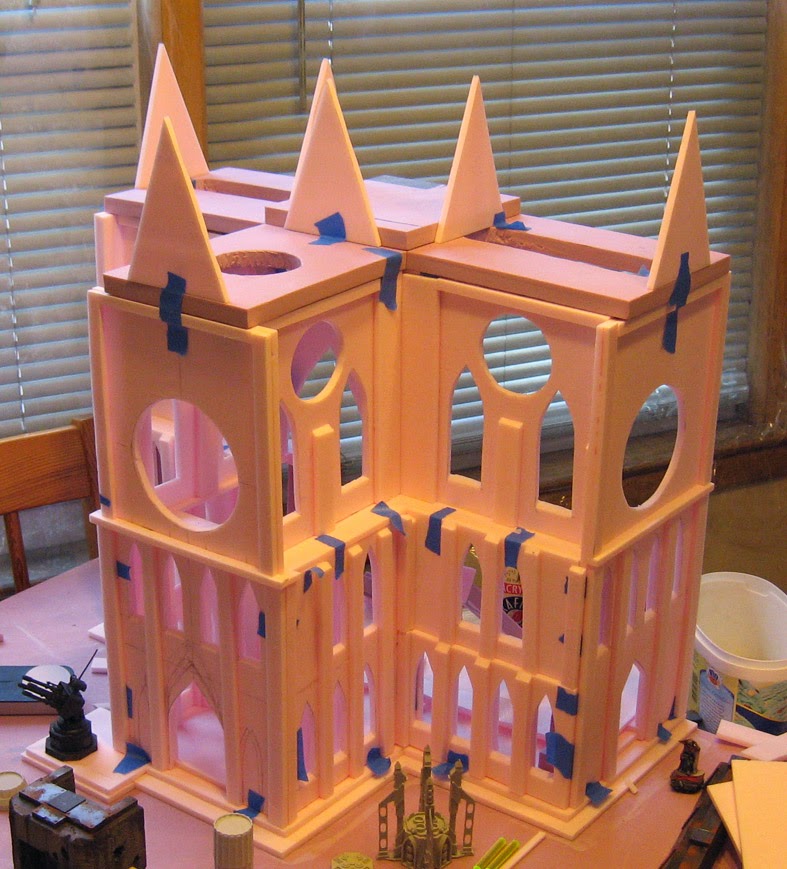 The roof is going to be fairly basic.  Most importantly, it needs to have some flat space to hold more miniatures. 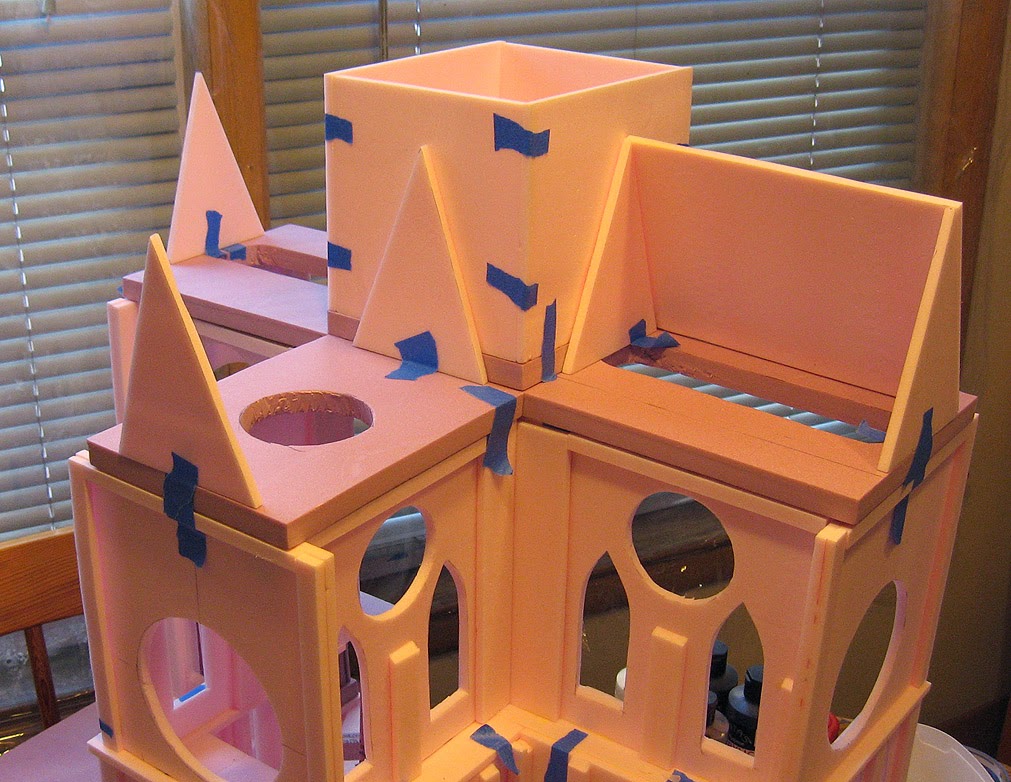 By making all the elements hollow cuts down on the weight, but will provide some extra strength. 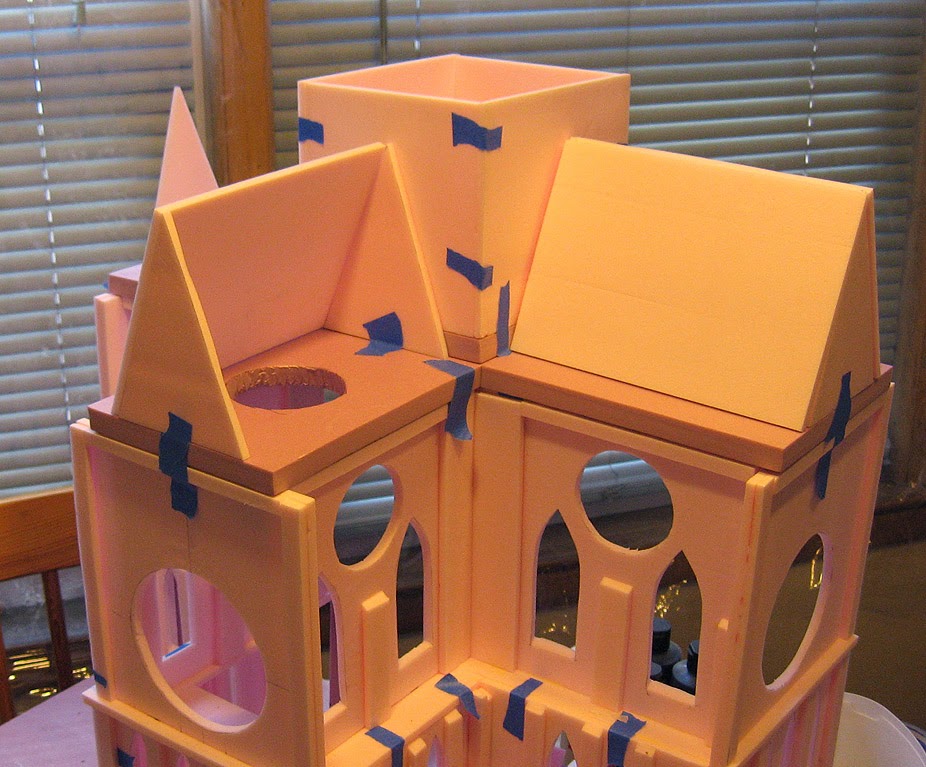 I will be using some heavy paper on the angled roof pieces to create a little texture. 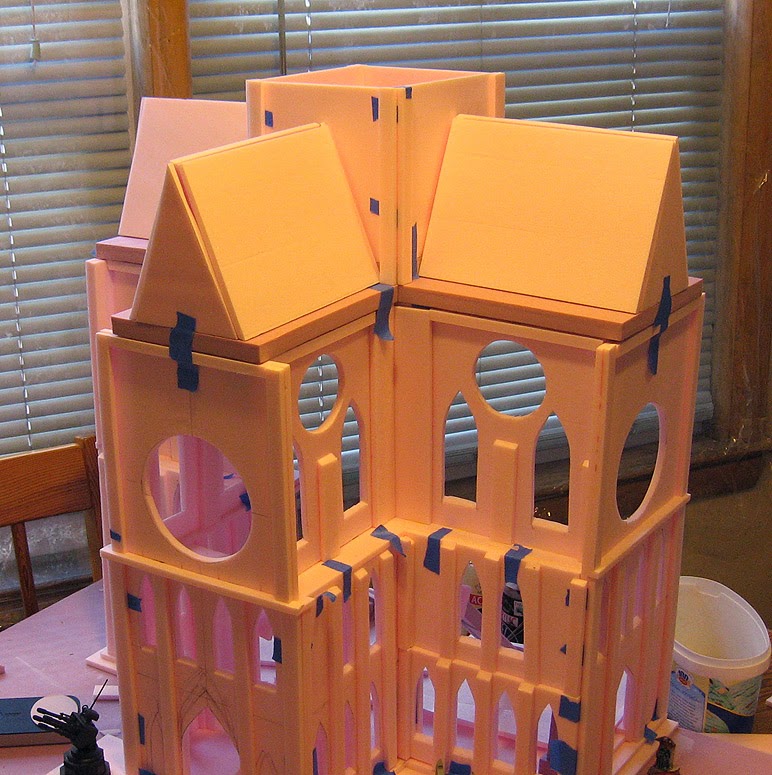 In the original plans, there was supposed to be a landing pad on the army board.  The drawings had it in a separate area from the cathedral, but the changes in dimensions meant it had to go somewhere else.  For right now, that is up on the roof. 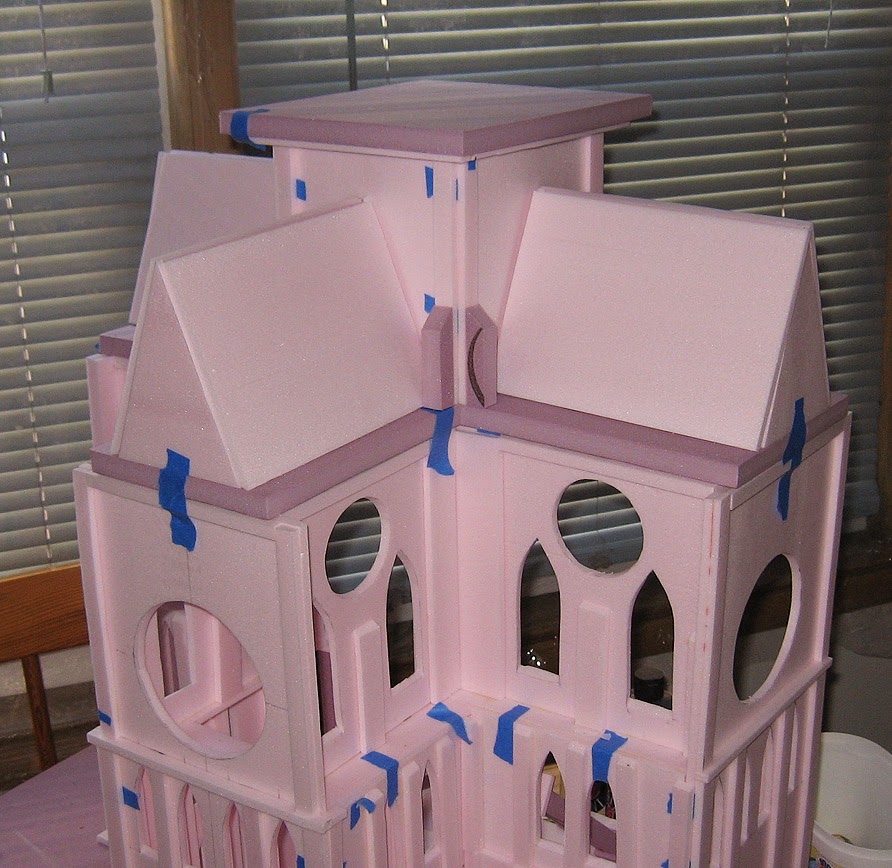 I tried to keep a squad size of ten in mind as I cut that piece.  Once again, I used a thicker piece to make sure it would be strong enough. 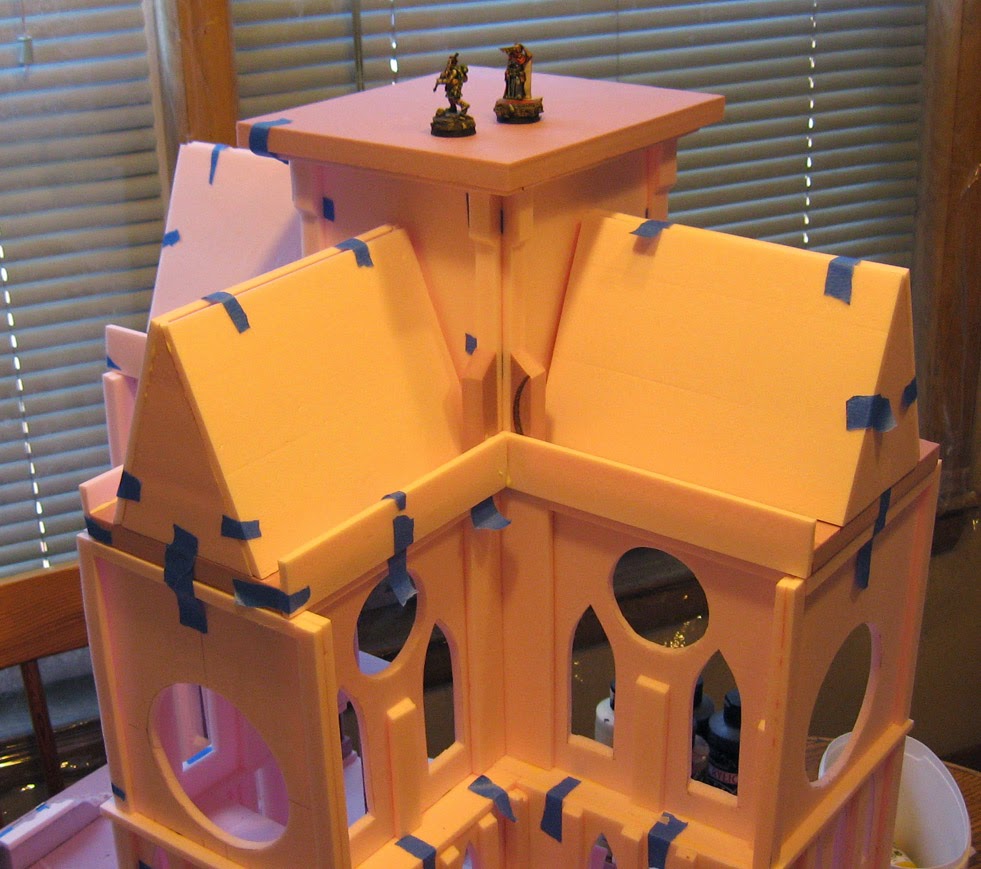 There will be a number of little extra pieces put on the roof for effects.  I planned to put some ribs on the top of the angled sections, so I had to keep the tops as flat as possible. 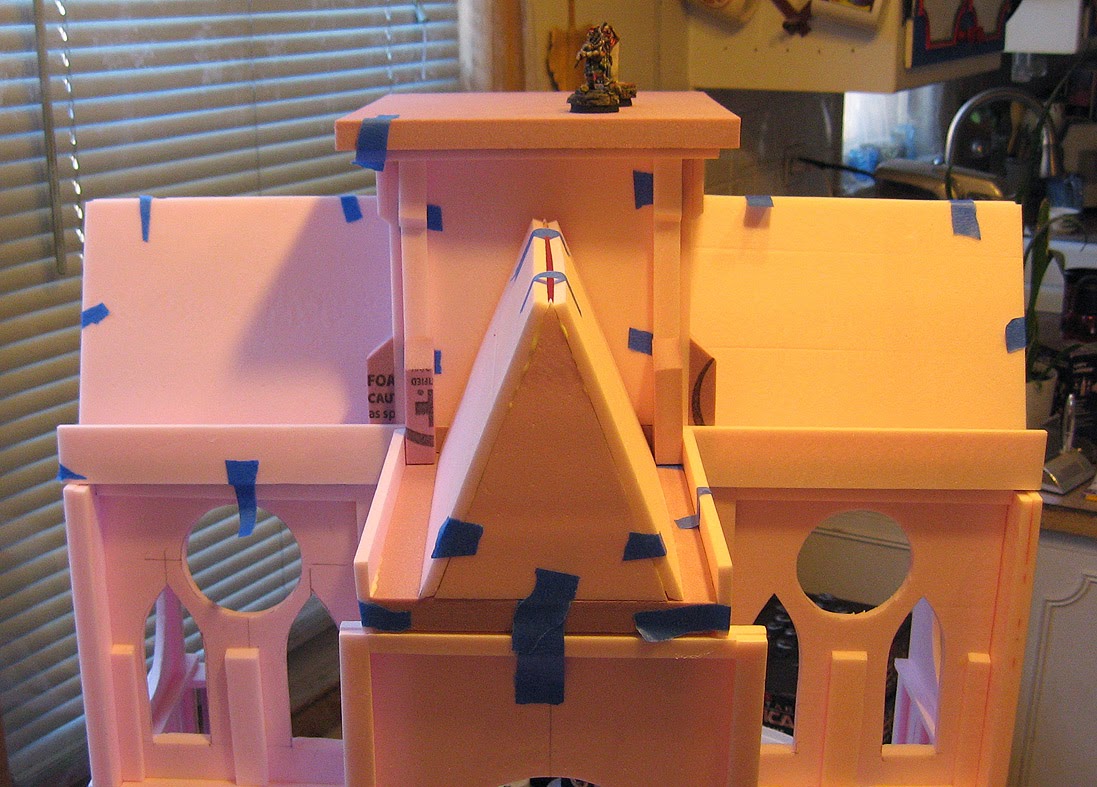 In the late afternoon, the sun actually came out, and it flooded the kitchen.  The cathedral was also flooded with light, which was very fun! 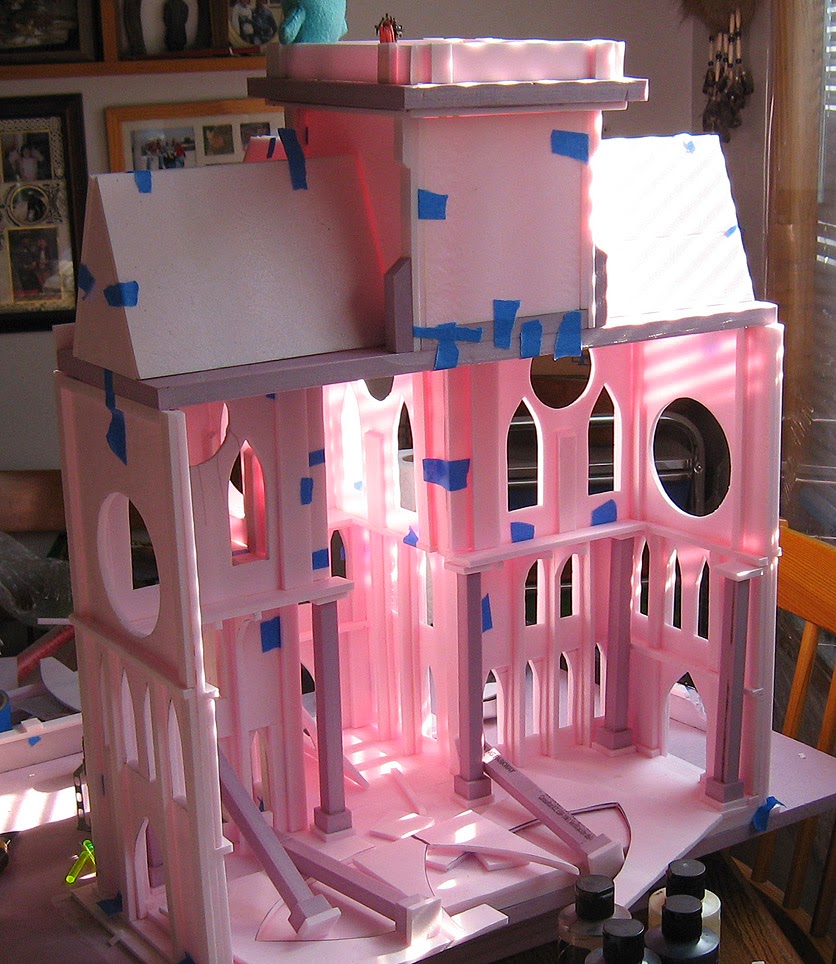 This was very fun!  It is pretty wild to see the concept of the tall thin walls opened up with windows work in miniature (and pink foam) as it did in the Middle Ages. :-) 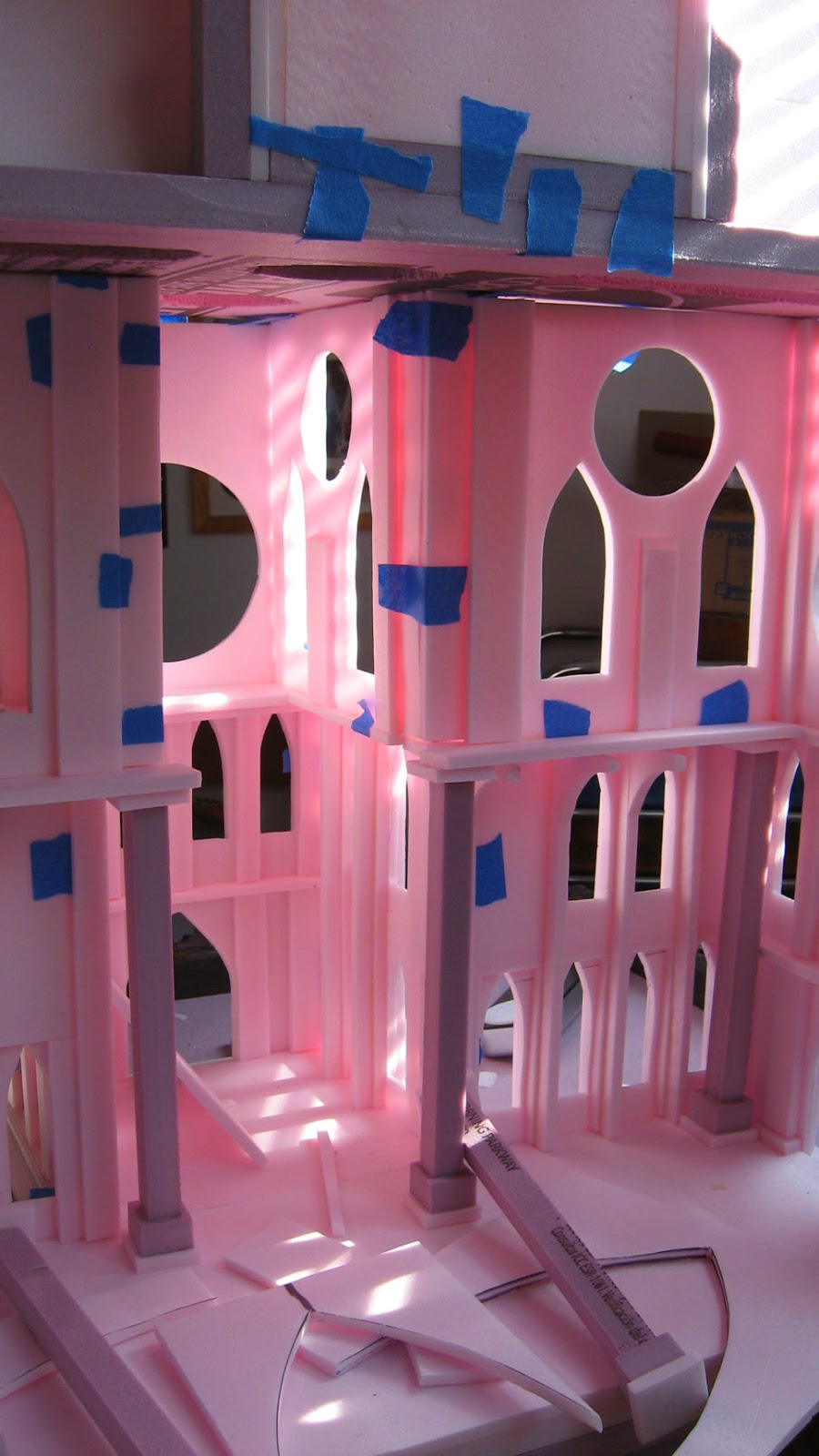 Posted by wappellious at 5:24 AM 8 comments: