The girl on fire 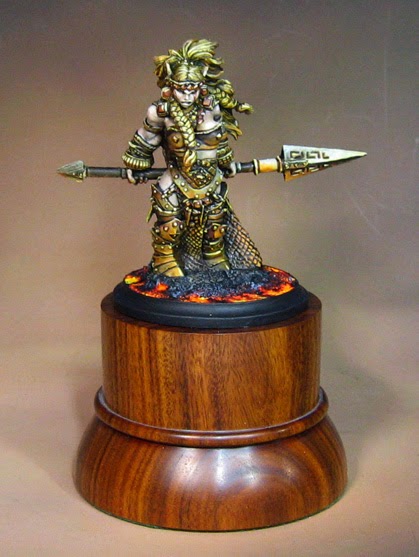 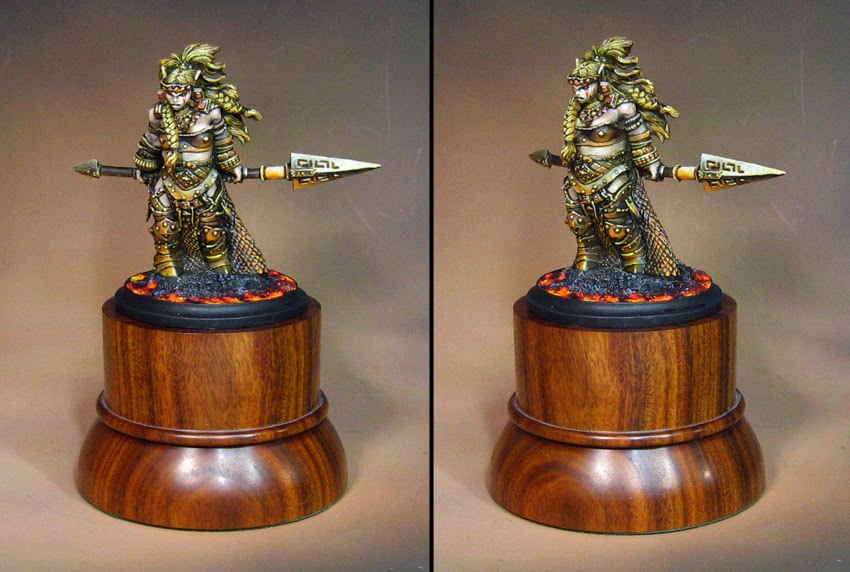 There's more that I will add to her, but the idea was to keep the working time to a minimum.  In fact, I believe it was less than three hours. 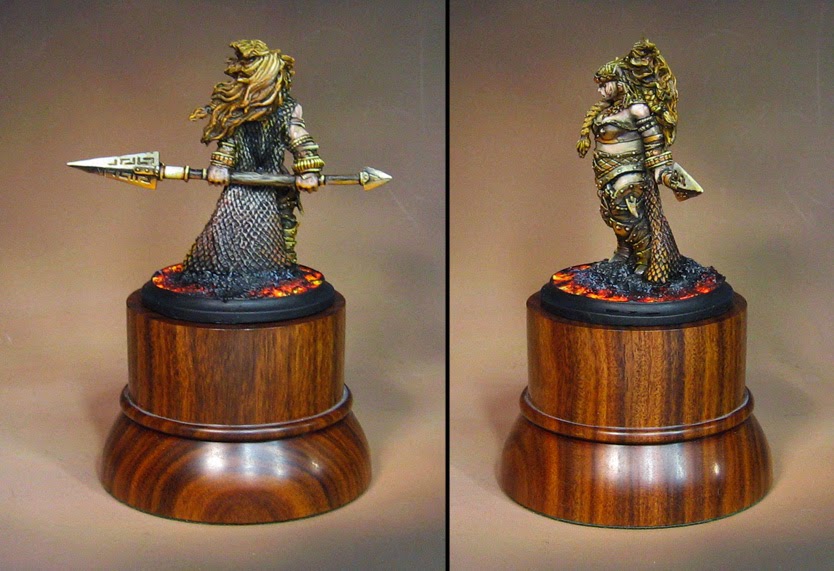 Another thing to keep in mind is that this was a BONES mini, so much of my typical glaze techniques are not going to work out as they normally would. 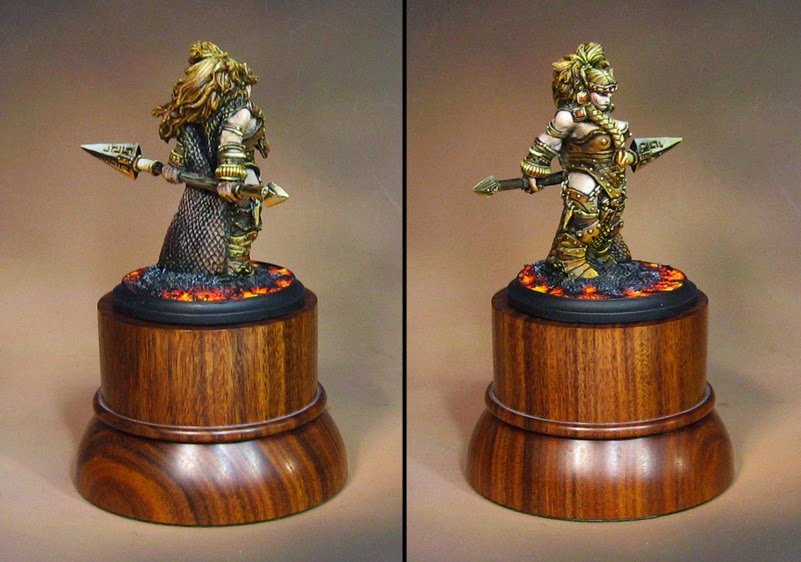 I will take some more images once I have added the additional touches. 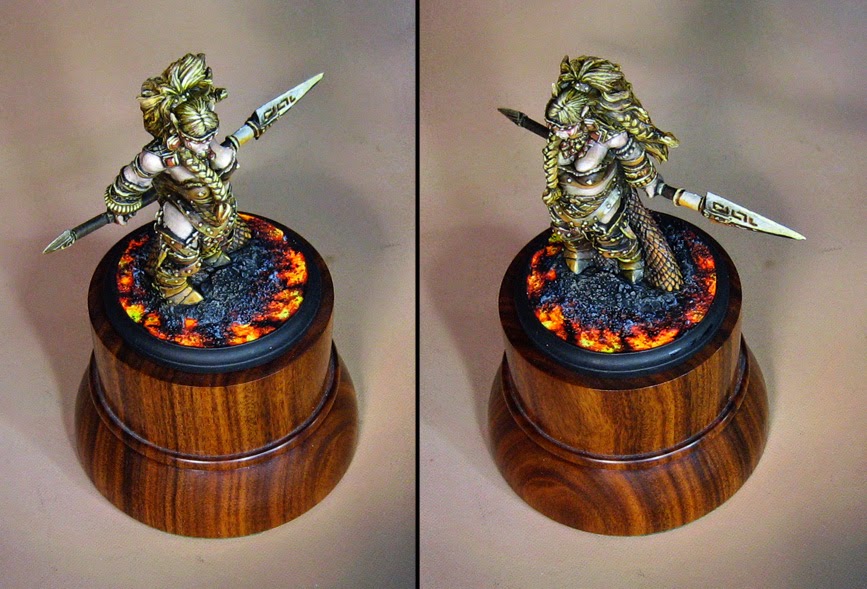 Posted by wappellious at 2:51 PM 4 comments: 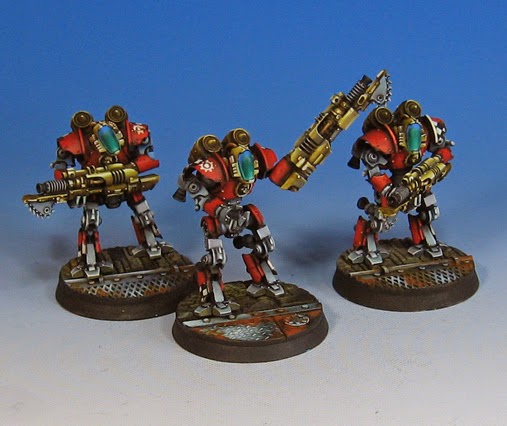 So, the final batch of three Thallax! 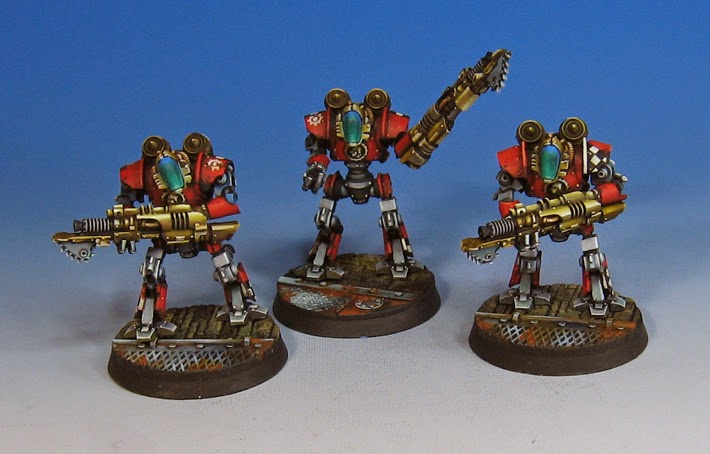 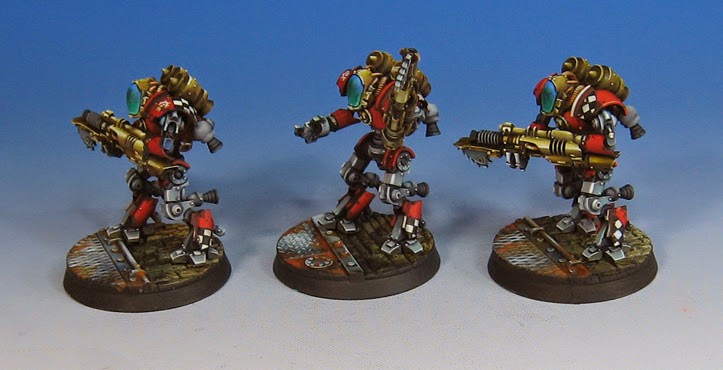 It is a bit ironic that the smallest version of the robots were tackled last.  That actually worked out well. 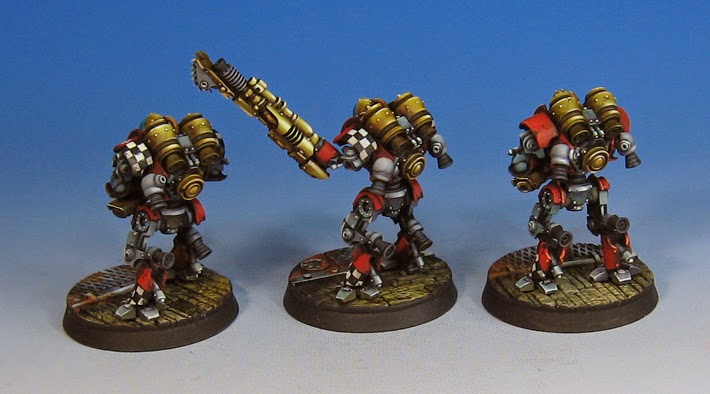 I chose the middle of the road sized Castellax, since the surfaces were a little larger, more broad, and I could get a handle on them initially. 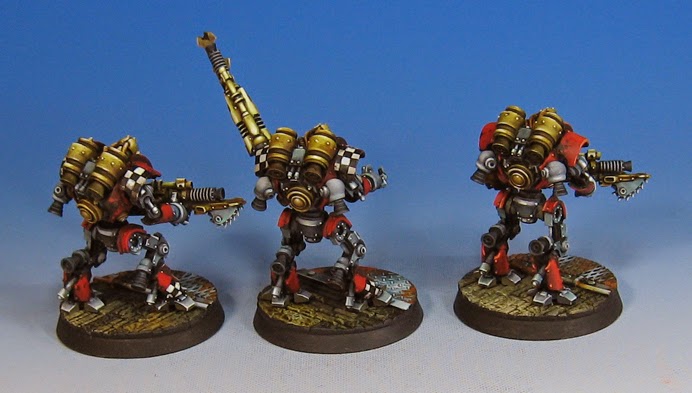 I went from those to the giant Thanatars.  The legs were massively complex to deal with on those. 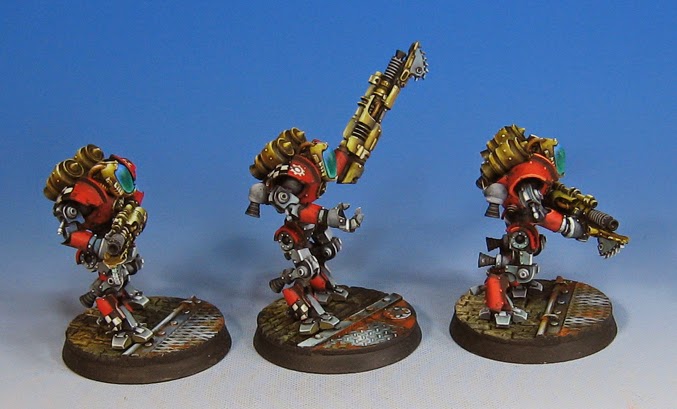 It made these a whole lot easier by comparison!!! 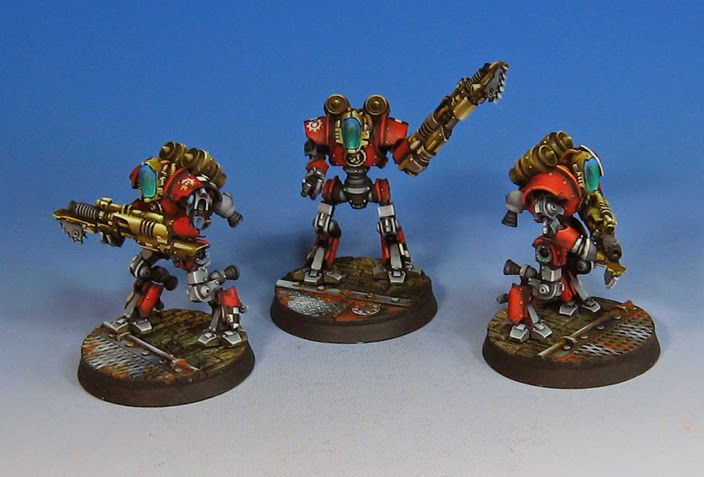 Posted by wappellious at 1:34 AM No comments: