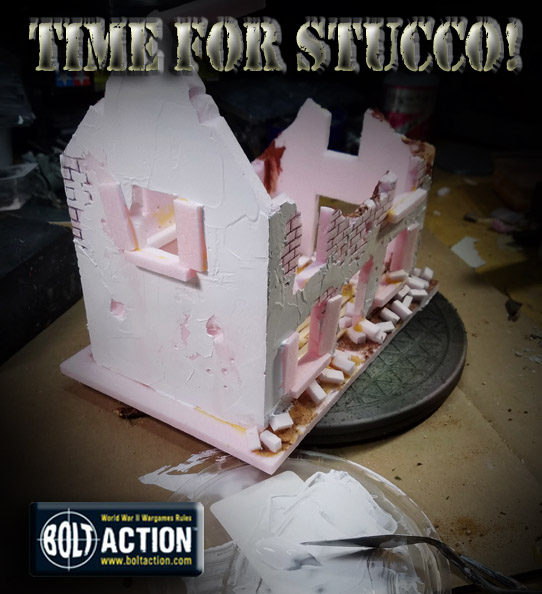 As I was looking for more Vallejo Oxide paste , I ran across this White Stucco medium, and immediately thought of the old Flex Paste from Woodland Scenics that we used to put on walls and other similar surfaces.

I thought that it might work as the added exterior texture which would make the brick seem as if it had been exposed by shell fire. 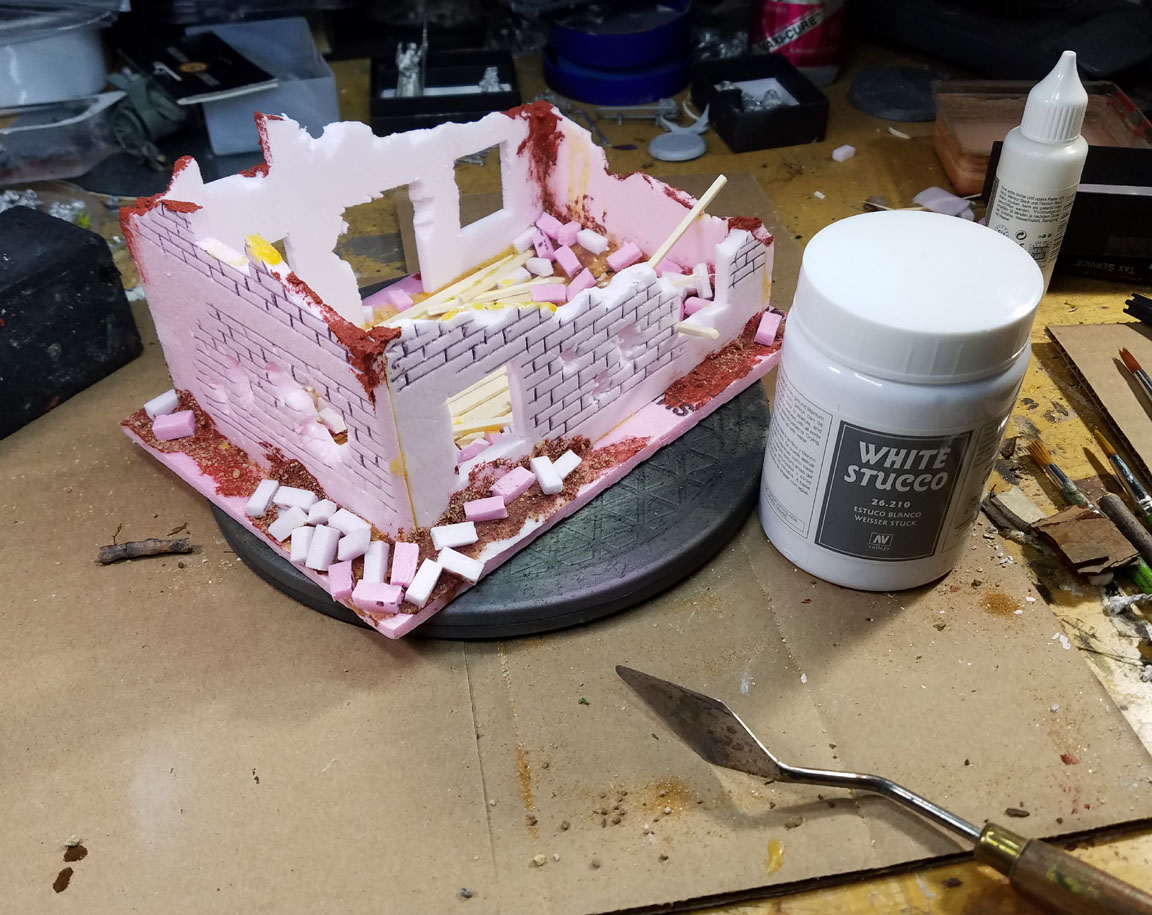 While you could use a brush to apply it, I knew that a palette knife would give me a better chance to cover up the indentations of the bricks and other rough sections. 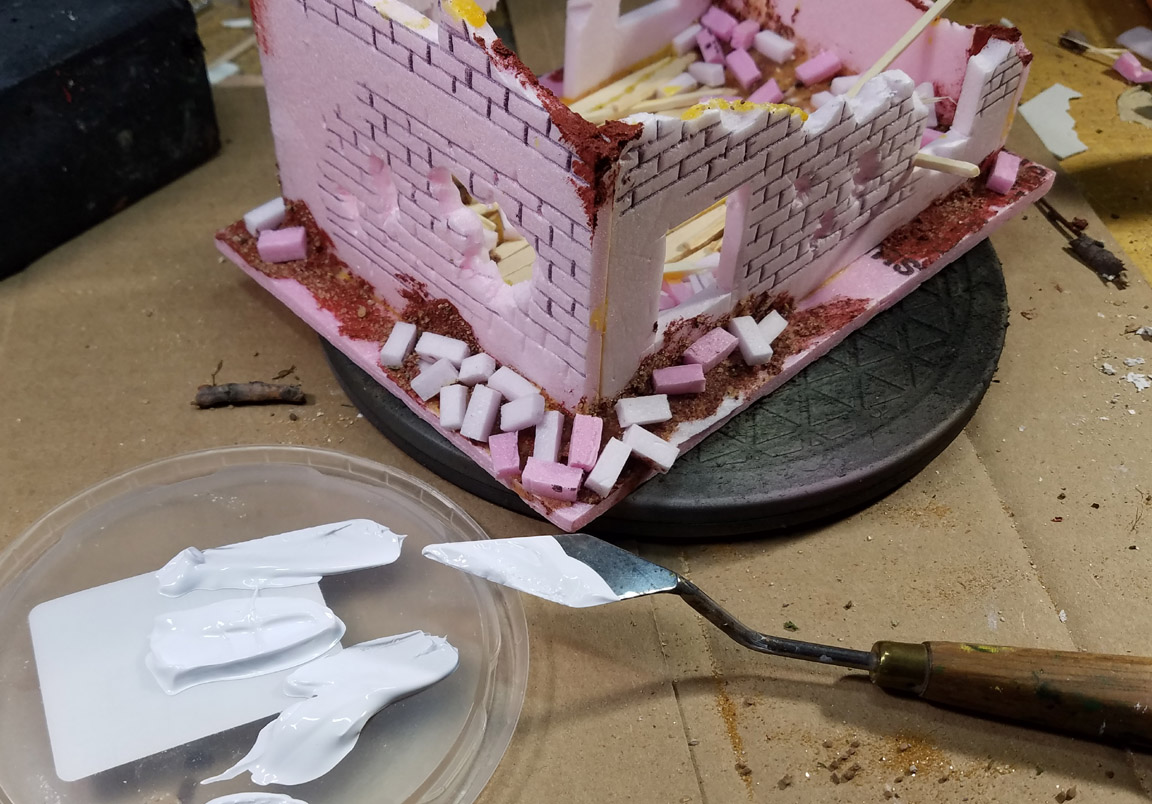 These images give you an idea of what I meant, as it is easier to build up the stucco without lots of brush marks.  I could also get the sharper, broken edges where I wanted to have the exposed bricks. 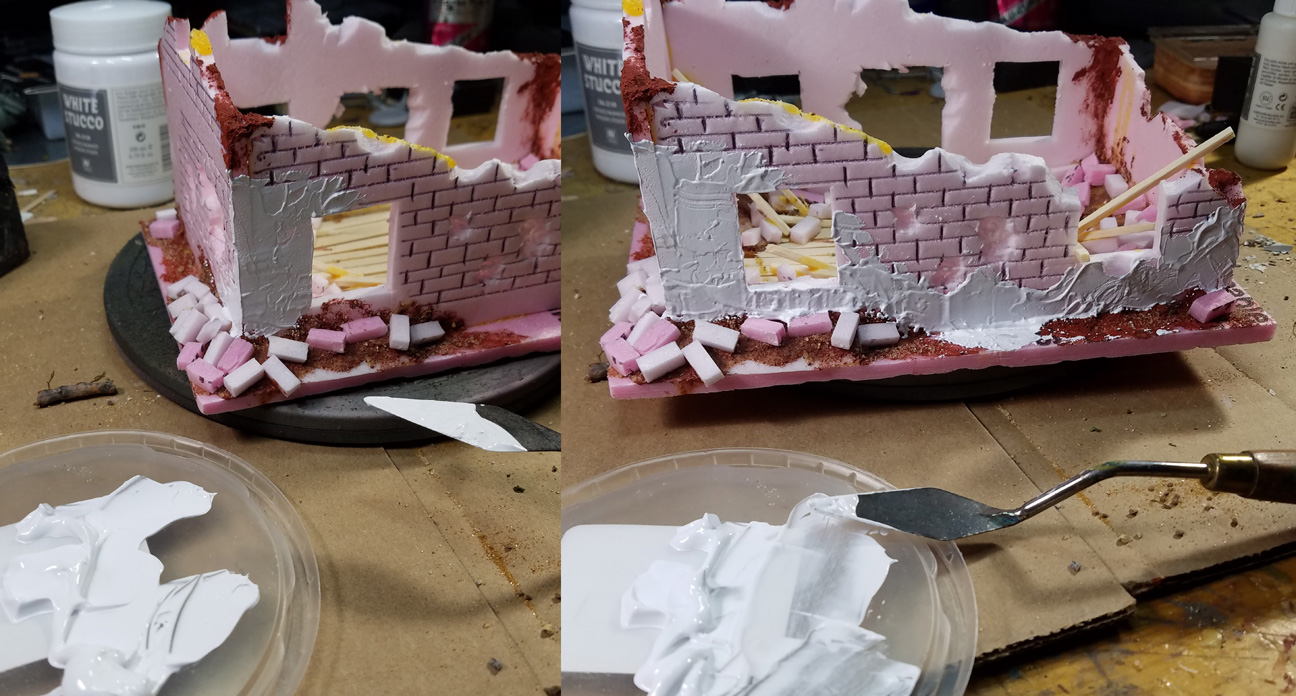 I worked my way from one one wall to the next, going around the shell holes and the shutters...

The taller, more open sections of the buildings were very easy, and I tried to make them as smooth as possible so that there would be a real difference between those and the broken walls. 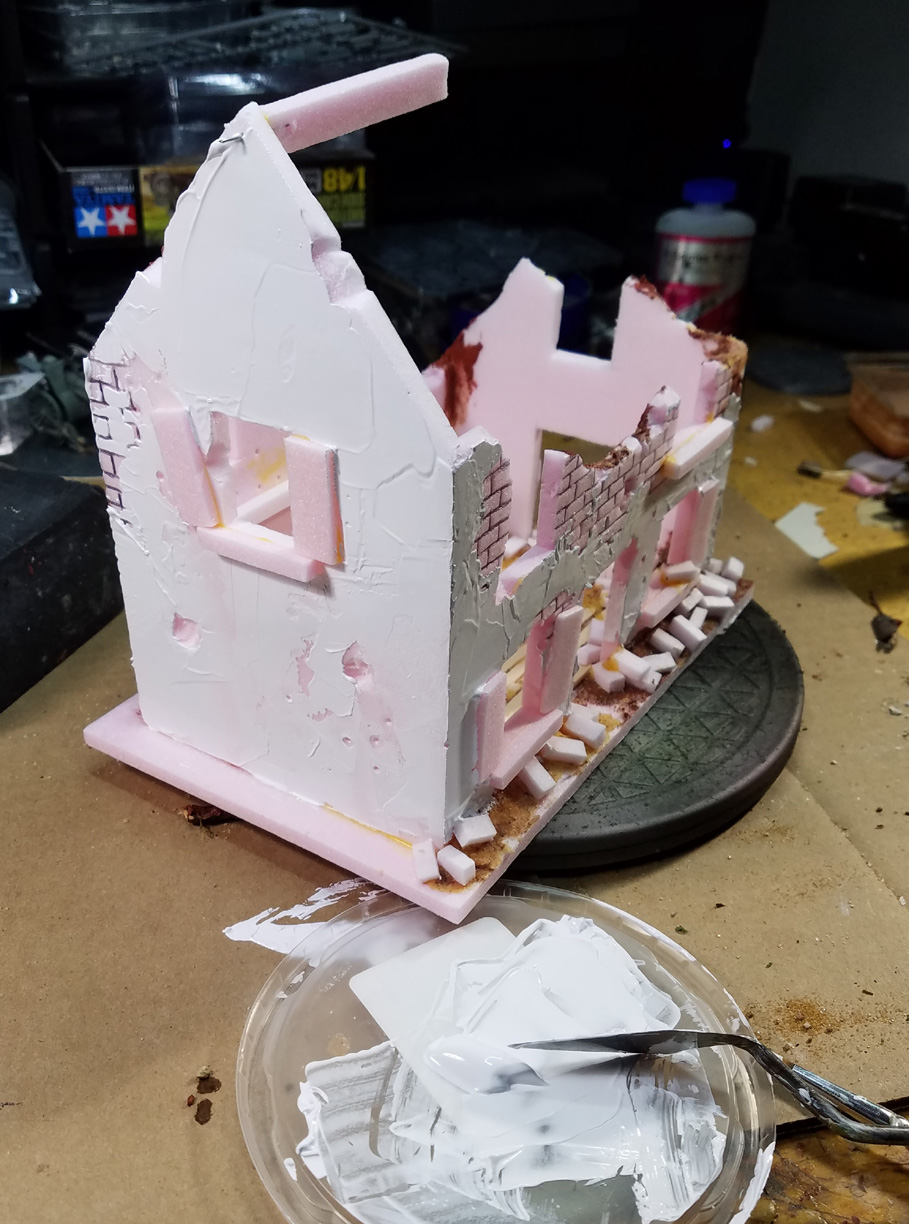 The other advantage of the palette knife is that it can "ride" along the top of the surface, and not fill in things like the shell and bullet holes.  A brush is more likely to smush the stucco down into the holes. 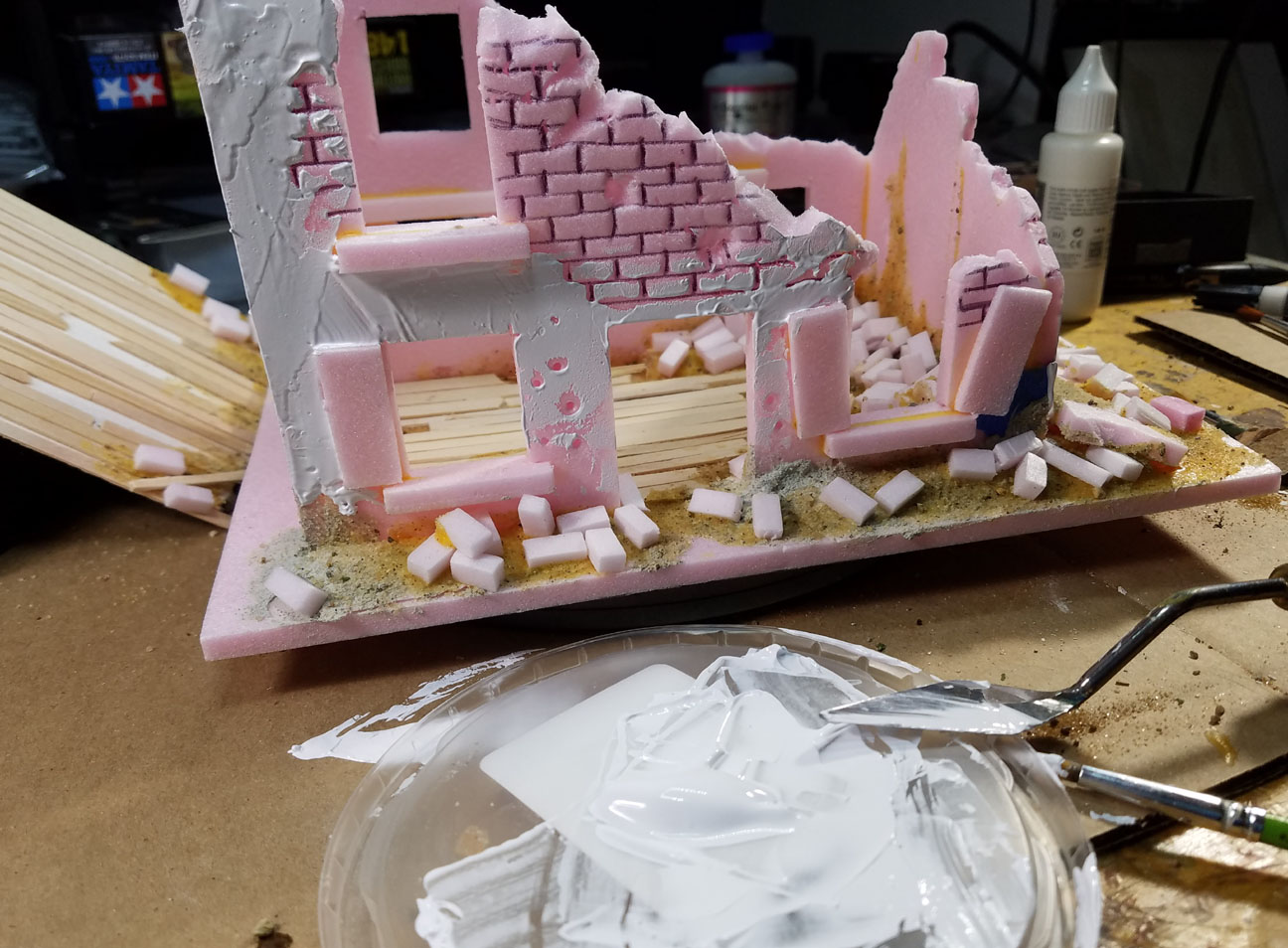 This stage is now complete, although I will be doing a second application in some places to get more definition in the walls. 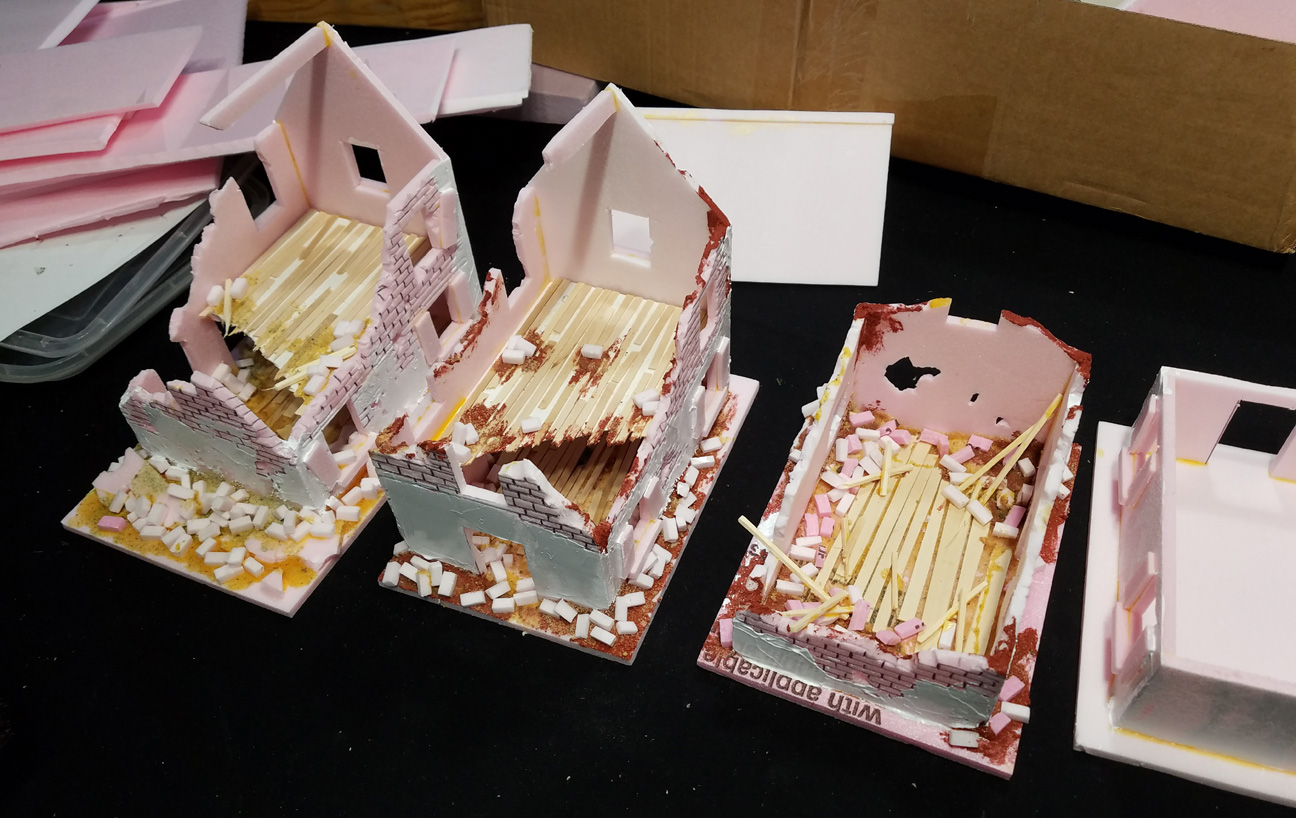 I will probably paint in some cracks as well when I get to that stage! 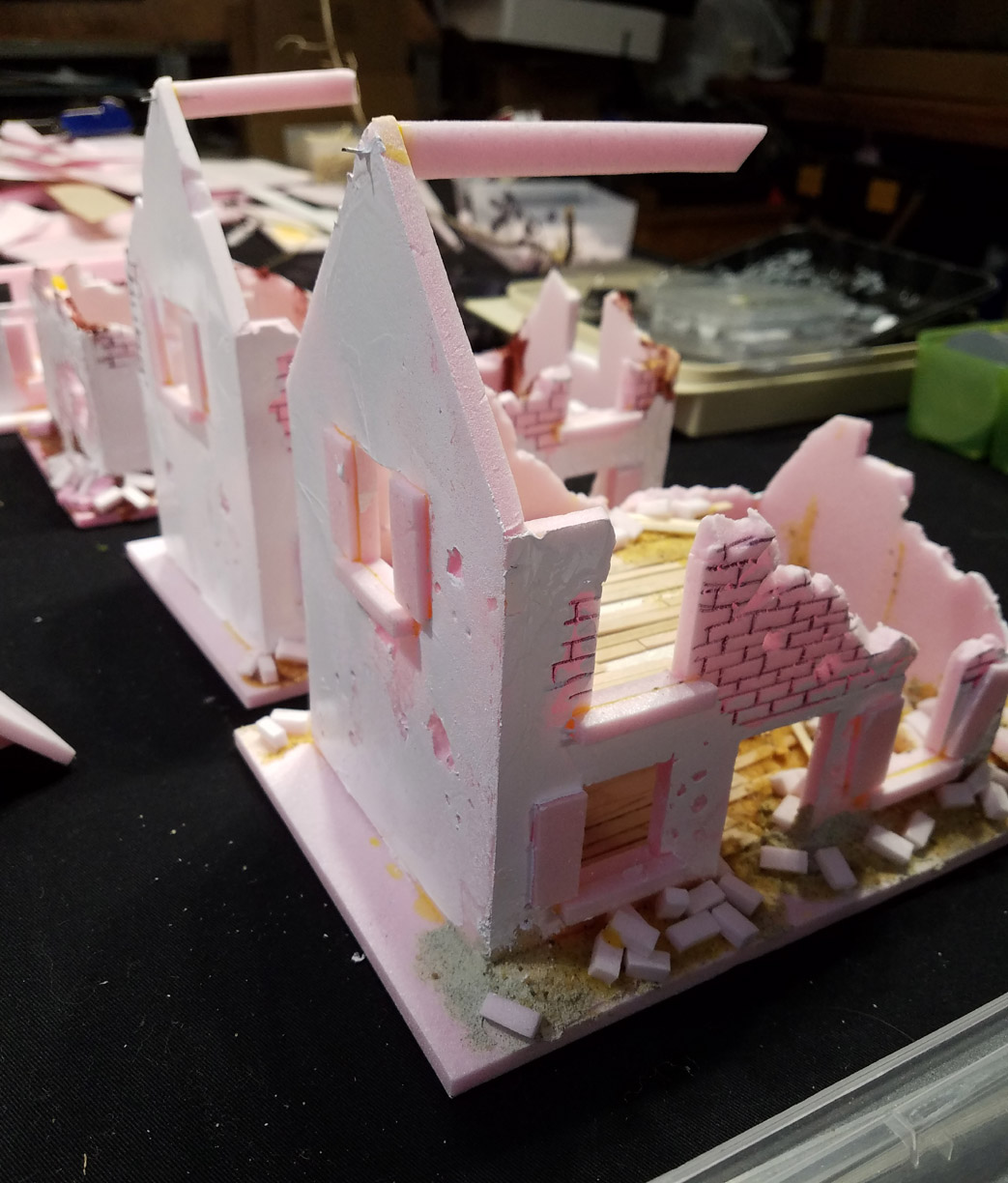 These furniture pieces from Burn In Designs were originally intended for another game system, but it seems like they can still work for our WW2 boards.  I will paint these up and use them as interior scatter pieces in cafes or whatever. 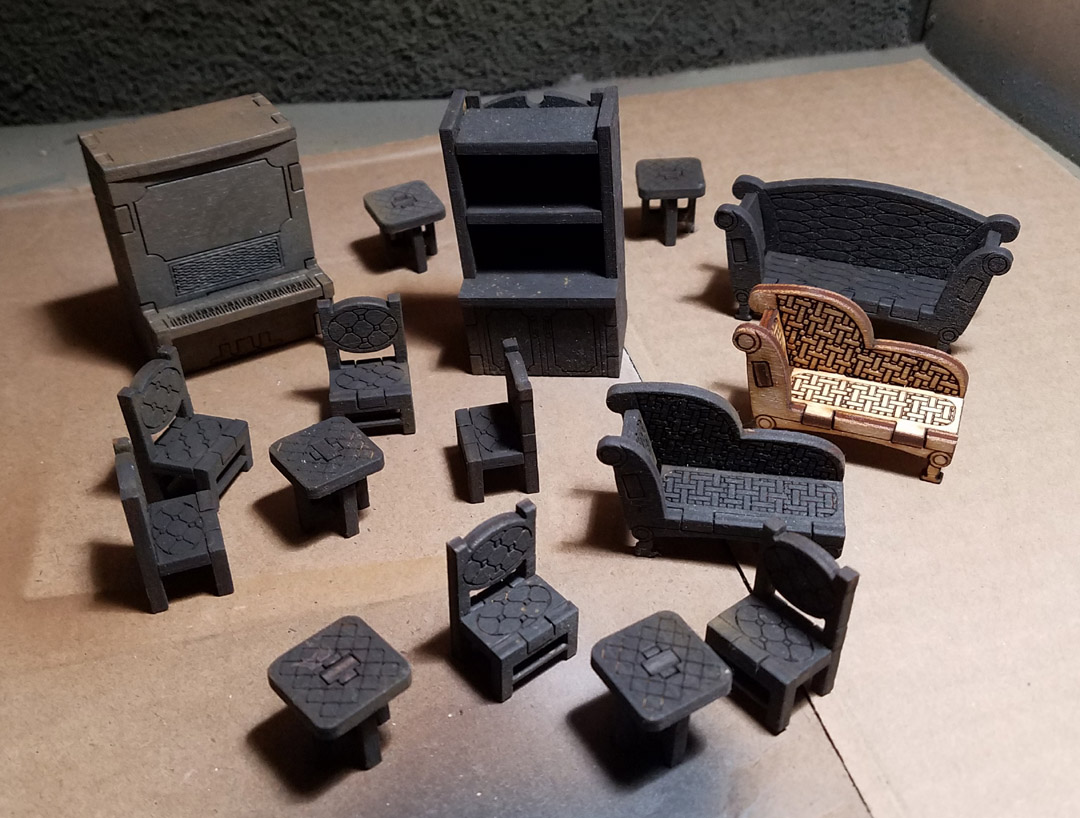 I have even started to see more ruined buildings with exposed interiors that have wallpaper and furniture, so that is something that I will be experimenting with on the next post.  I did put some wallpaper into the Steampunk Western theme buildings, and I want to give that a try on these as well.  Stay tuned! 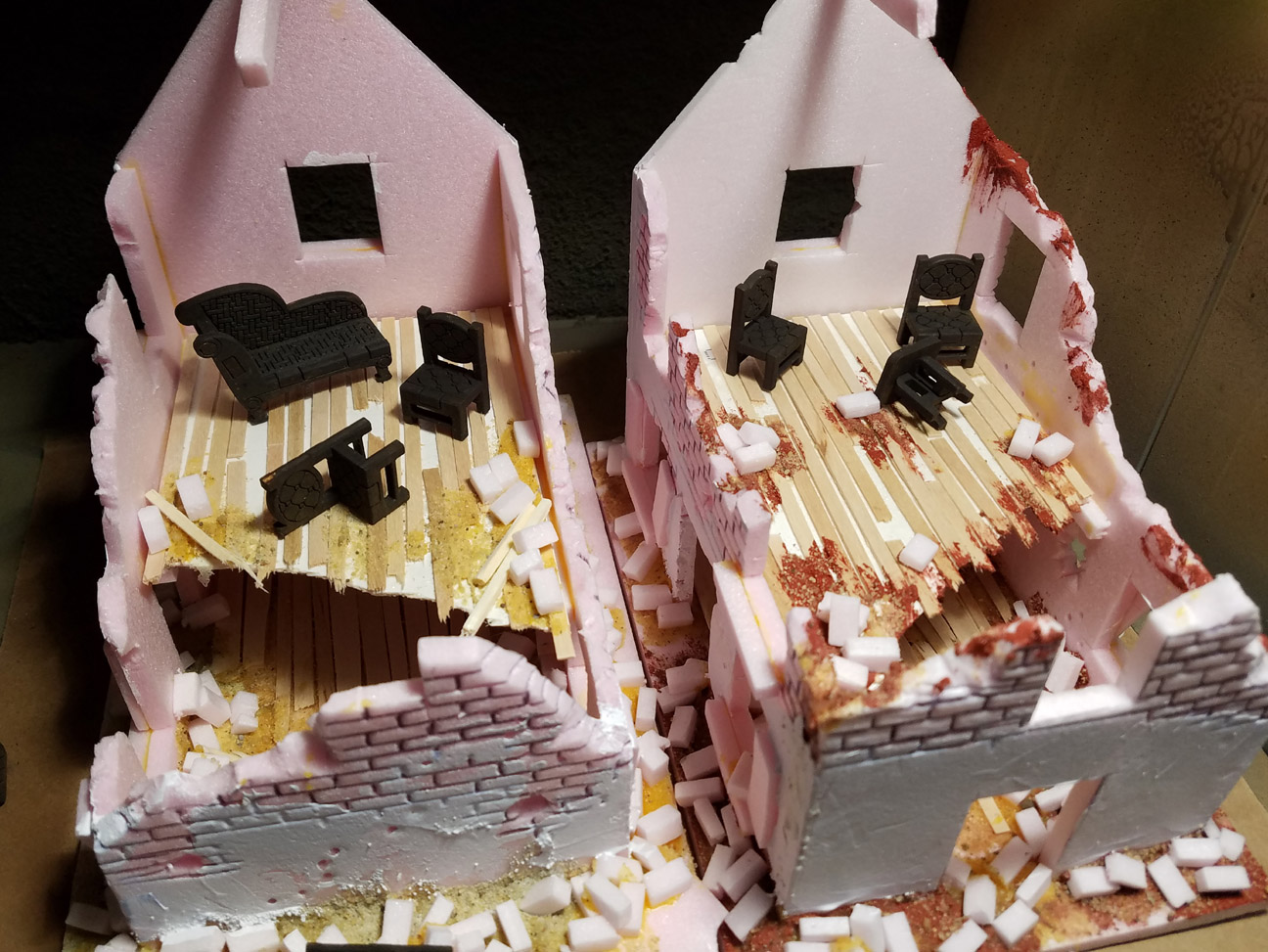 I have been attempting a few other more "natural" terrain pieces of a larger scale as well.  For a long time, I wanted some larger hills that would block line of sight all on their own, or at least have a bigger influence on how units moved on the board.

Somehow I happened to have some sculpting plaster of paris around, and I gave it a try on a few rough hills that I made using lots of scraps.  The plaster managed to fill in those large gaps, making a surface which was a gentle slope.  That was key to not having figures rolling off the hill! 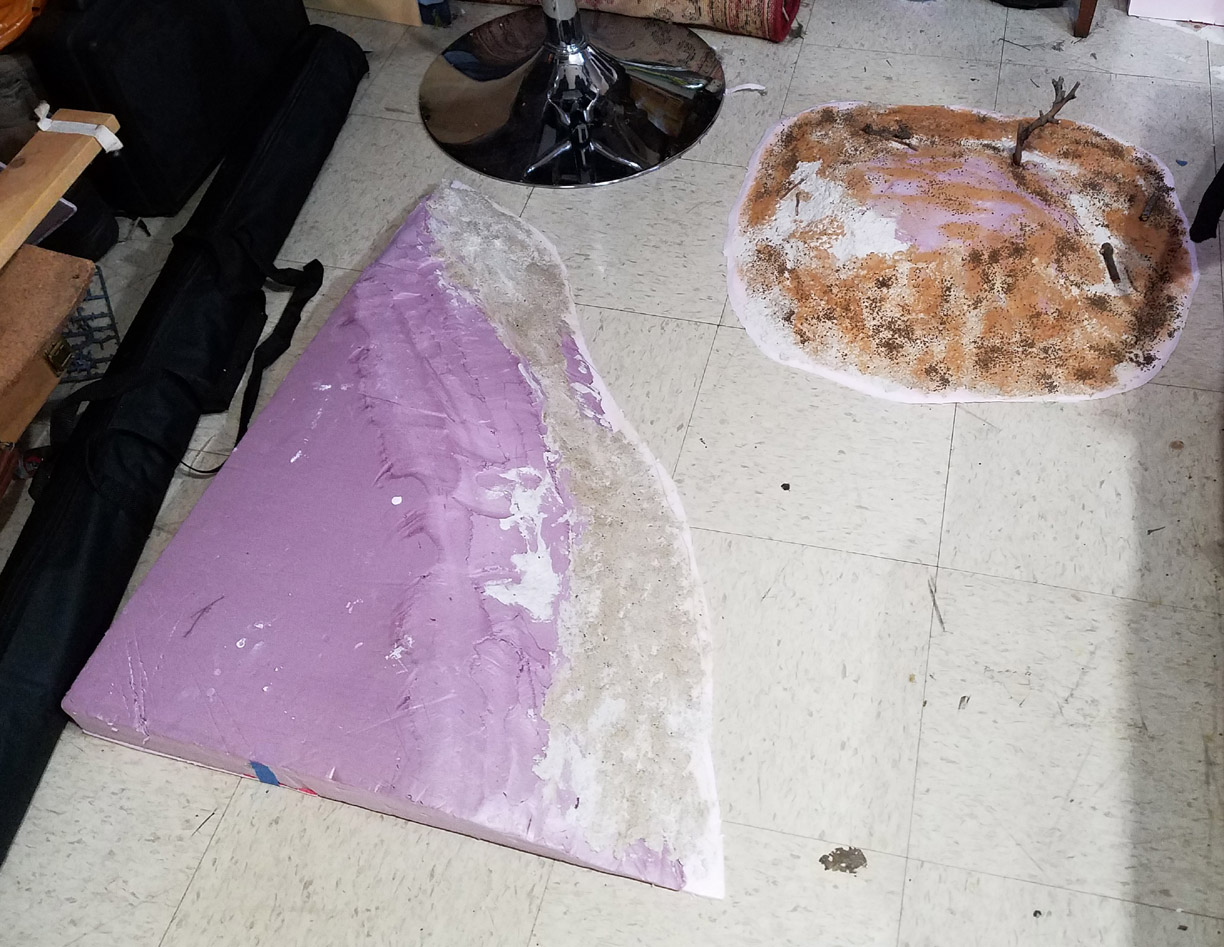 I also wanted to make a river that would impede units, but work on any sort of board.  Unlike the "dug in" river that I made for the Barbarossa board, this flat river can work on anything.  It is pretty large, as it can run from one long table edge to the other. 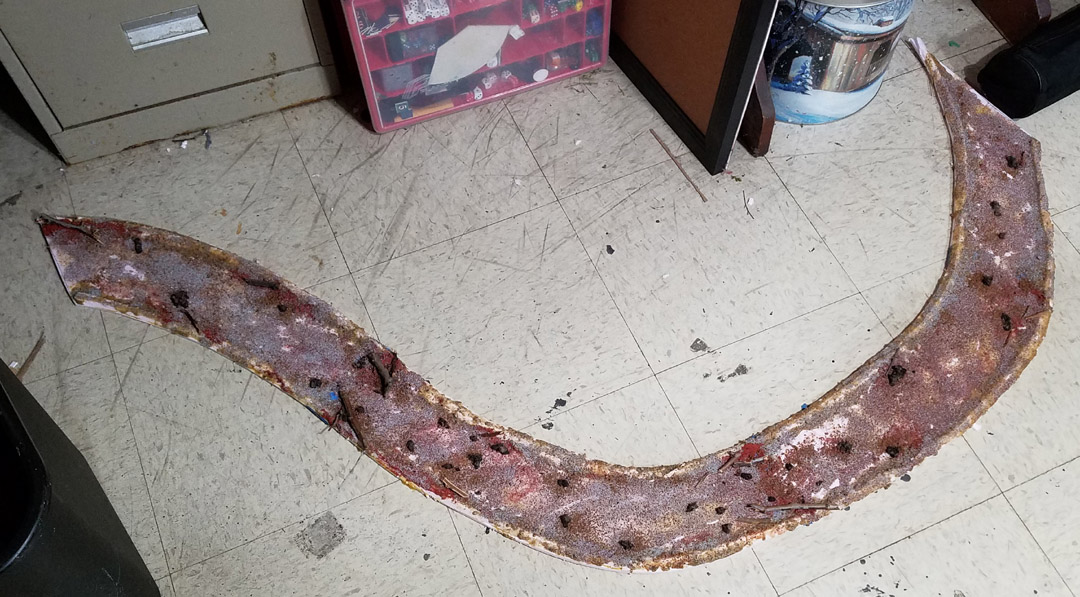