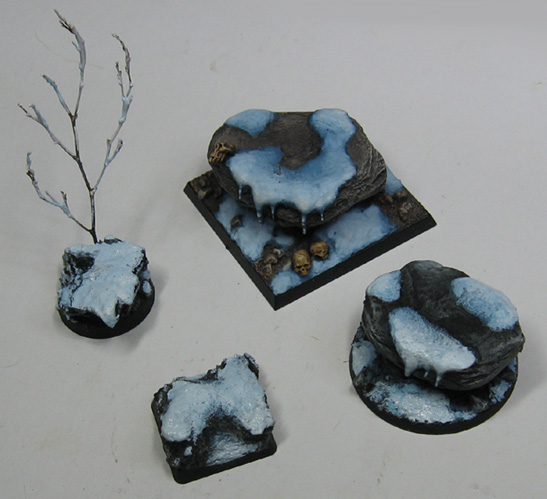 More shots from the week that was in basing.

These videos were so much more elaborate and difficult to stage and film than the 'regular' painting videos.  Originally, I had anticipated that they would take the same amount of time to film, if not a little less.

Instead, they took 2-3 times as long!  Lots and lots of extra work.  As I have mentioned before, having to clean up and set up over and over again between shots took lots of time. 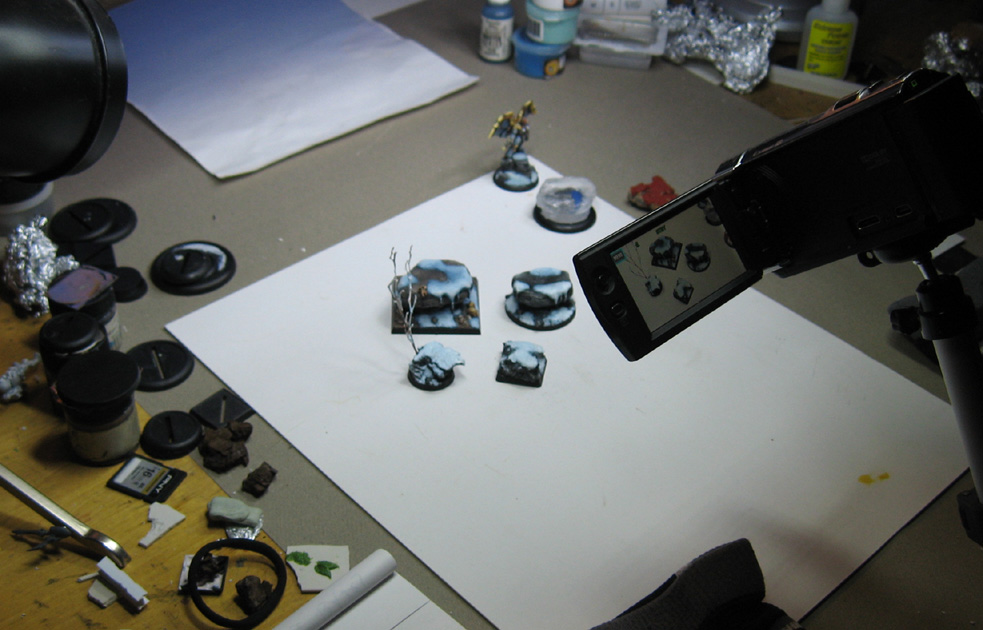 Shoving aside what had just been filmed... 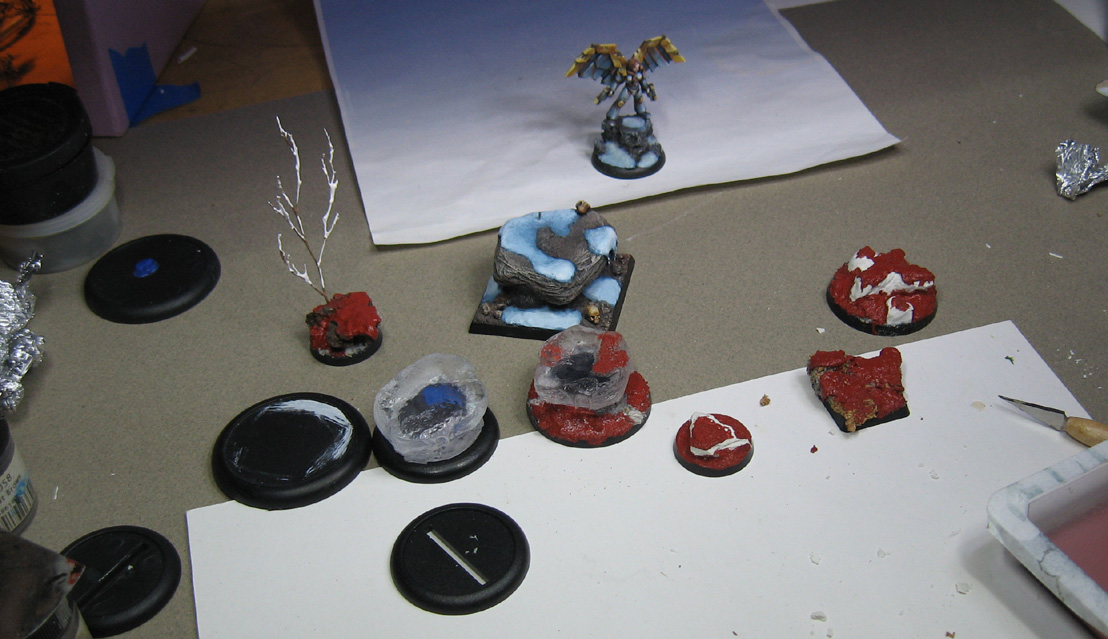 In order to set up the next shot. 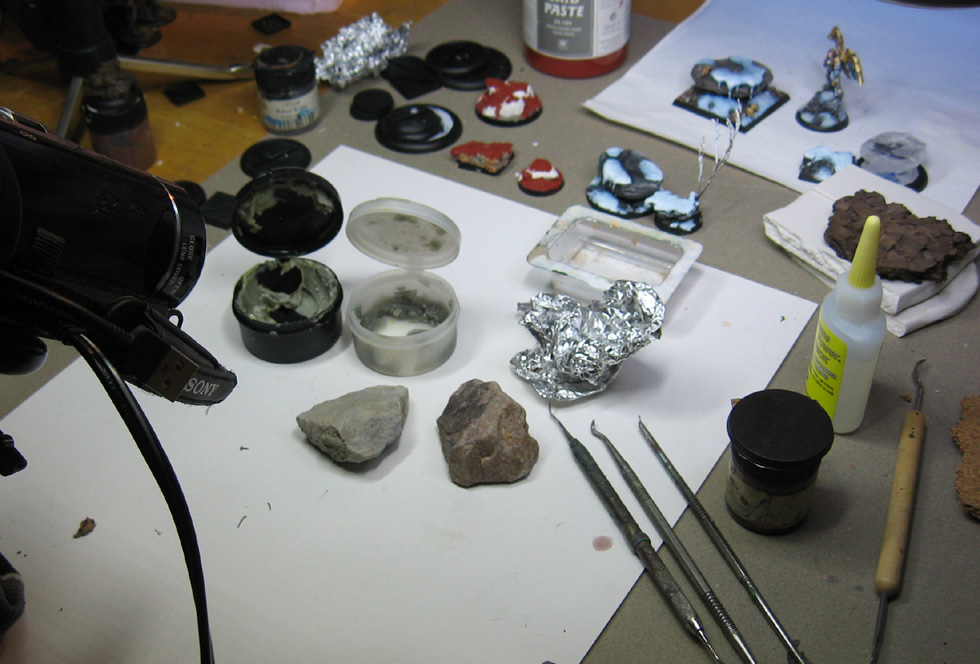 Then it's time to make another mess!  Here we have the oxide paste being applied to a series of bases. 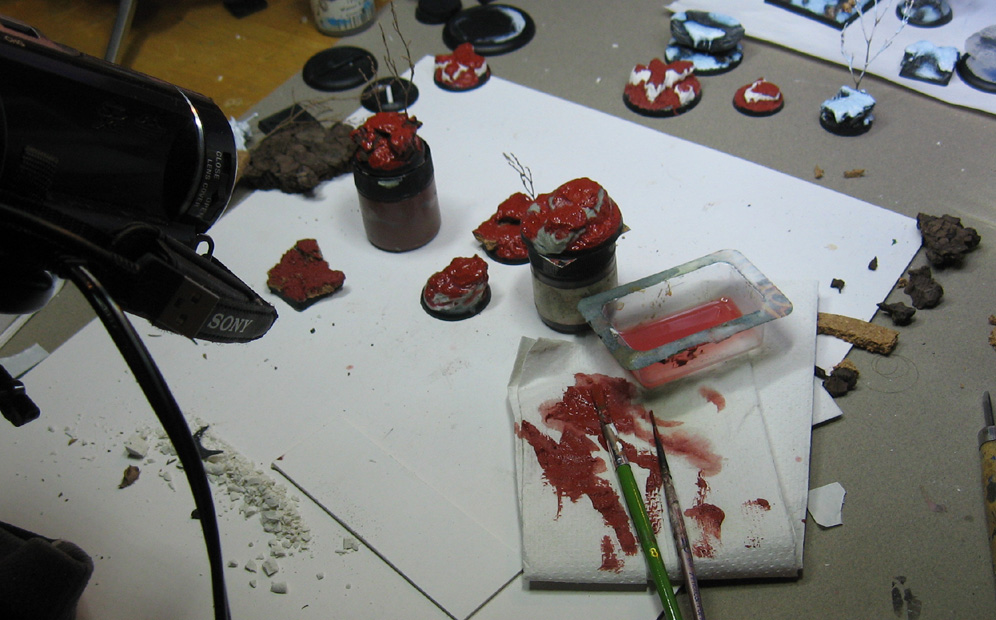 But here is the real headline.  An entirely new way for me to paint my show bases!!!  In the process of getting things ready for this video, I switched to using the Secret Weapon powders exclusively.

The results are just incredible! 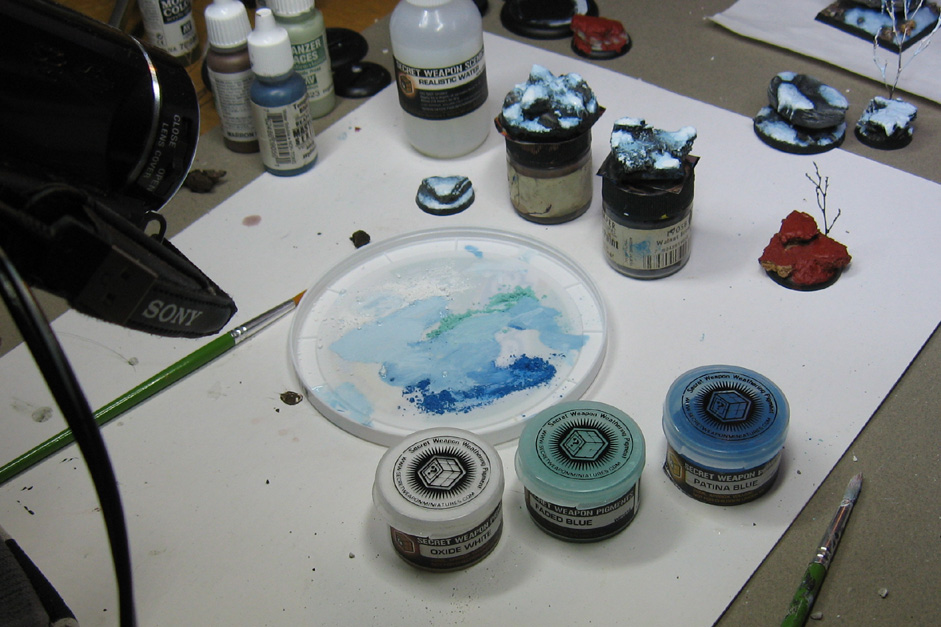 While there have been lots of unpleasant and unexpected things to 'pop up', such as delays in securing minis, difficulties in getting new machines, learning curves on software, the extra length of filming basing videos, and others, a positive element also emerged. 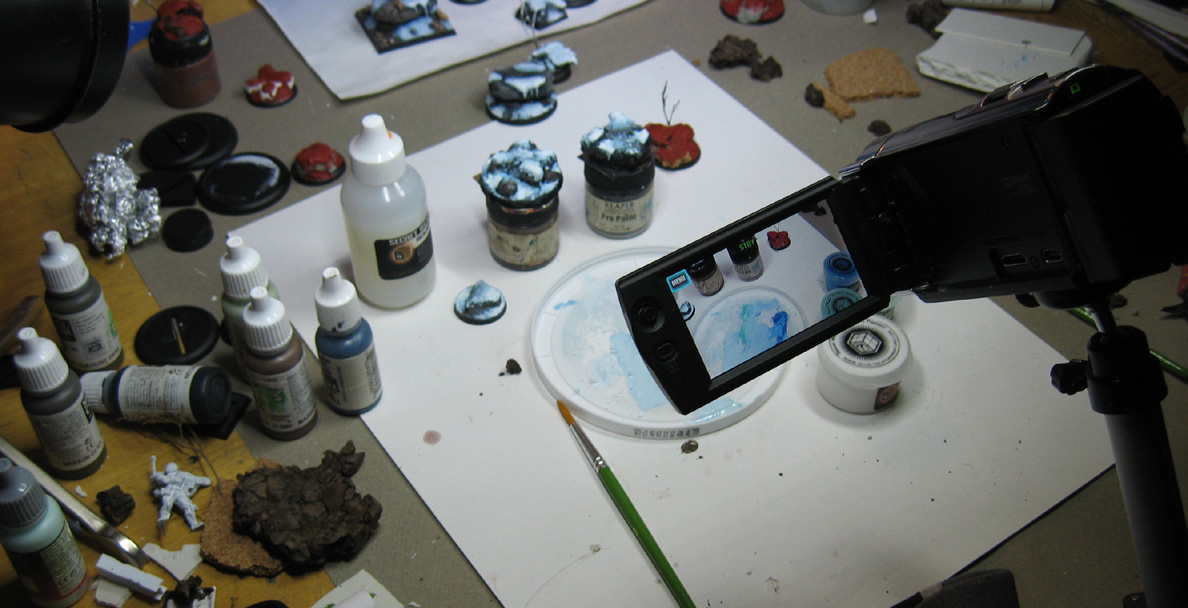 When I first got the idea to do the Kickstarter, Secret Weapon products would have been featured on a handful of the videos.  By the time the campaign ended, that was around a dozen.

Now, almost every single video has one or more SW products featured.  There are now 3 videos that feature them almost exclusively.  It took a while for all this to come about, and once more, I thank Justin and all the good folks at Secret Weapon for their help, and for all the neat stuff they make!

For instance. the weathering and battle damage video was going to be a regular 28mm figure, since I cannot use any GW tanks or vehicles.  Secret Weapon stepped in with their fantastic tank!!  Also, the Painting with powders video became far better and more practical when they expanded their line of pigments, and created the sealer.

In summation, the videos have become infinitely better, with 25-30% more tricks, tips, hints, and materials than when I started.  Raging Heroes also stepped in with additional figures. 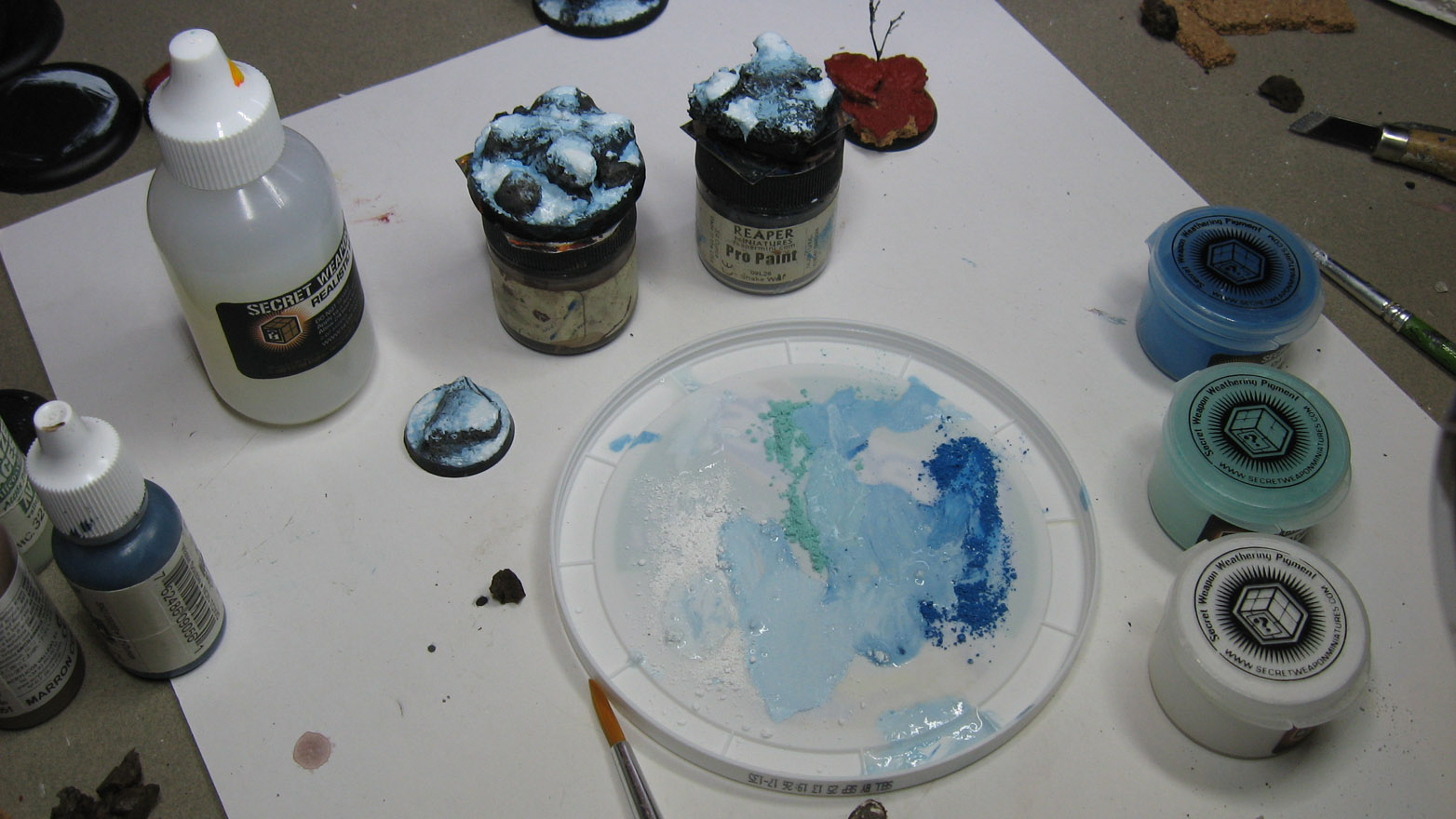 You could say they were sisters... 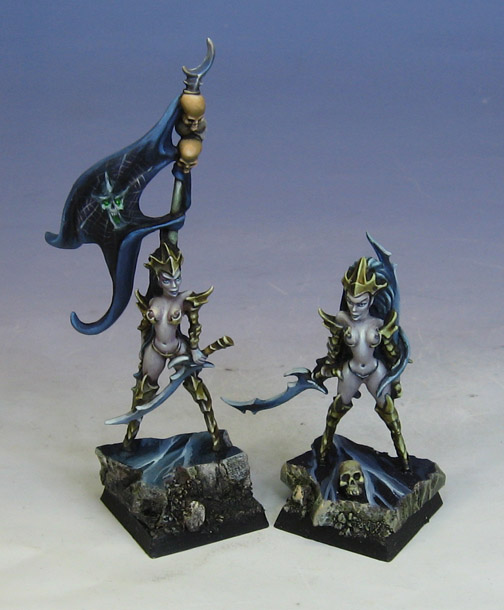 OK!  Some images of the banner and champ together (at least the figure I picked as the champ!)  I will do the musician to complete the command element of the Fantasy Blood Vestals. 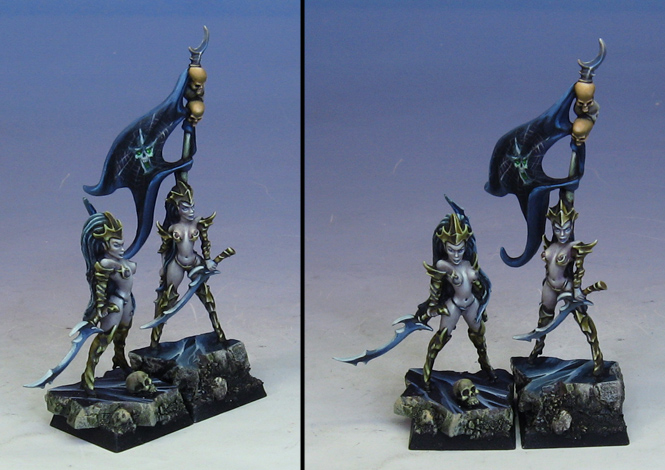 As I mentioned before, these are loads of fun to paint! 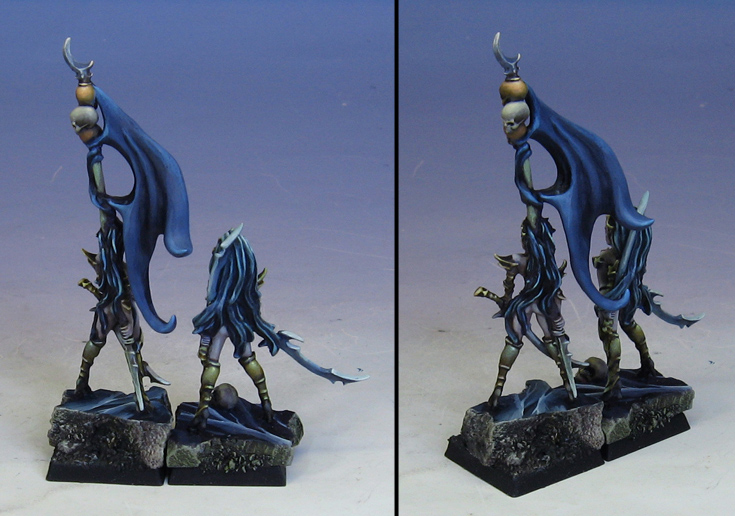 To think that a whole new army's worth of figures are planned for the Raging Heroes Vestals makes the brushes sing with delight! 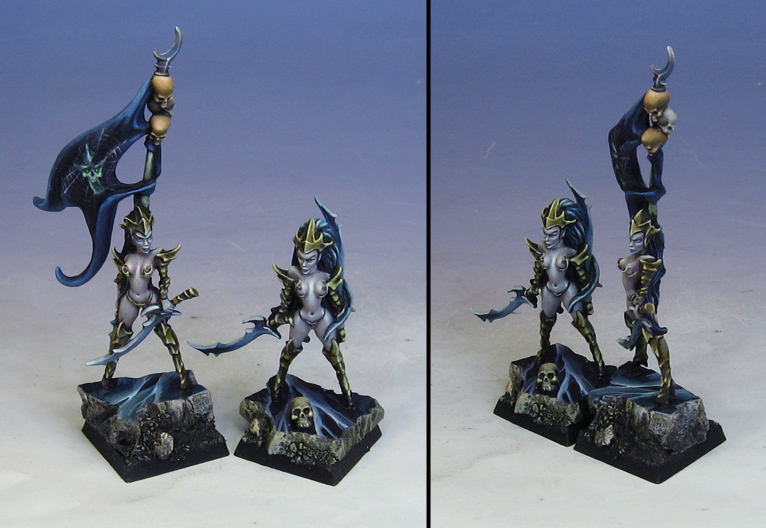 Posted by wappellious at 4:41 AM No comments: