Side by Side Demos! 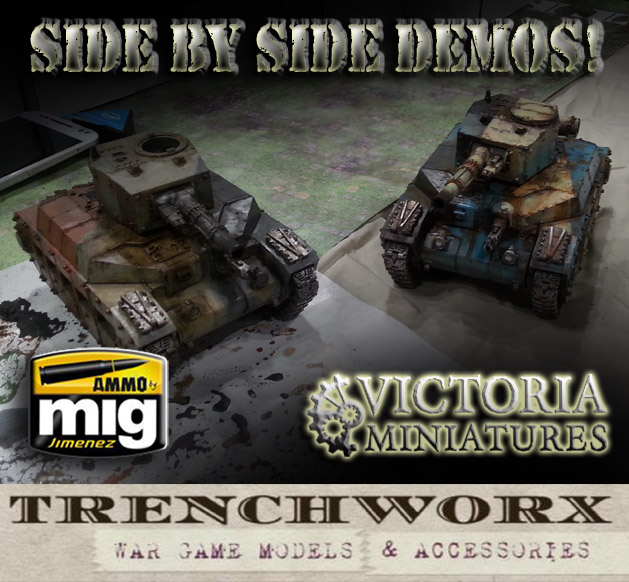 There were too many fun things at Adepticon to count, but one that was entirely unique beyond any experience for me was doing a side by side painting demo with Paul in the Trenchworx booth! 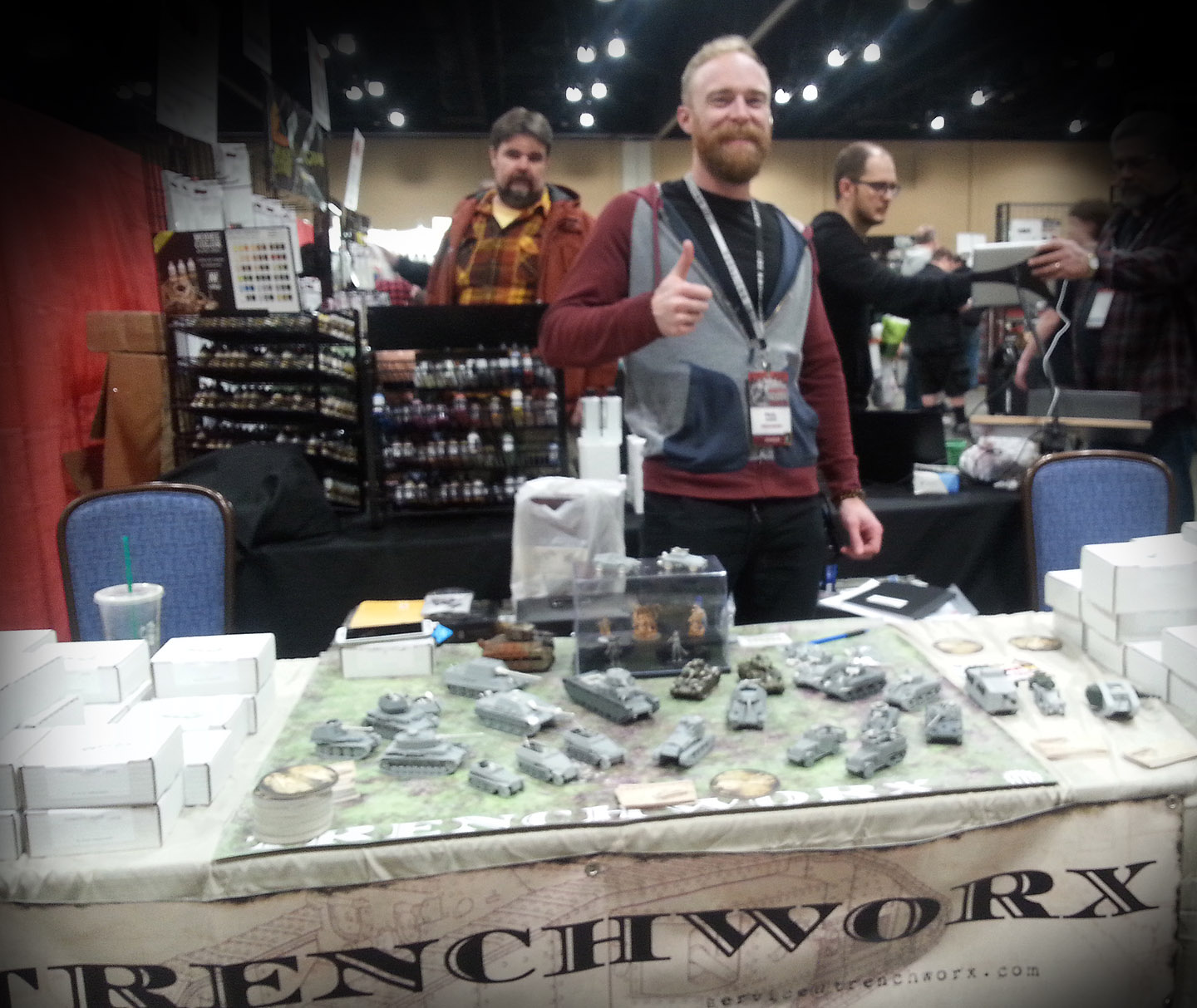 They had all their resin beasts of doom on the table, along with a few that some guy had spilled paint all over!  Some of you will remember those as test subjects for a variety of Facebook Live broadcasts. 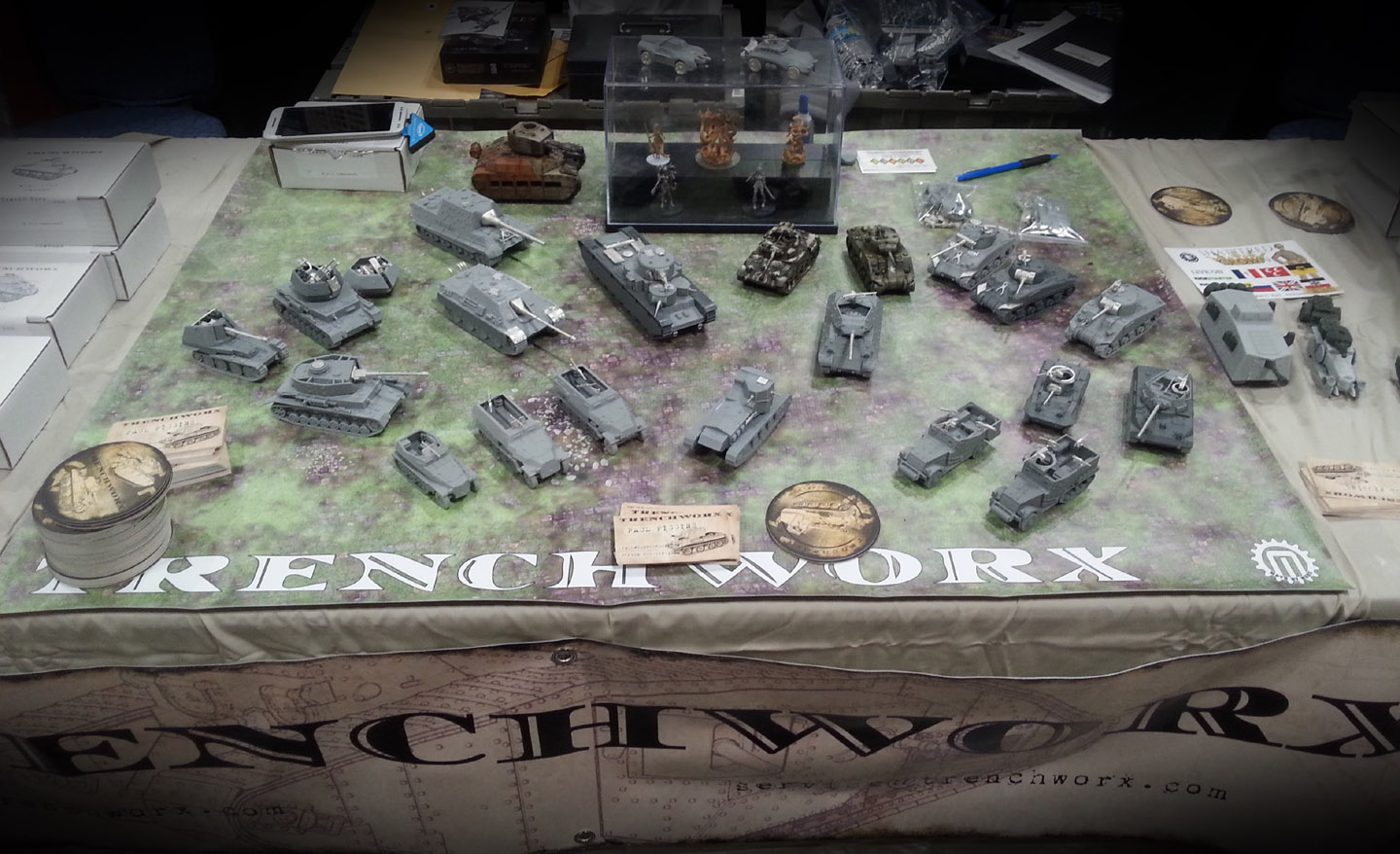 Late Friday night, a plan was hatched where we would each paint one of Victoria's new Matilda tanks.  Trenchworx did the sculpting and printing and casting, so the action would take place there.

Victoria nervously awaits whatever mischief  that might be about to take place! 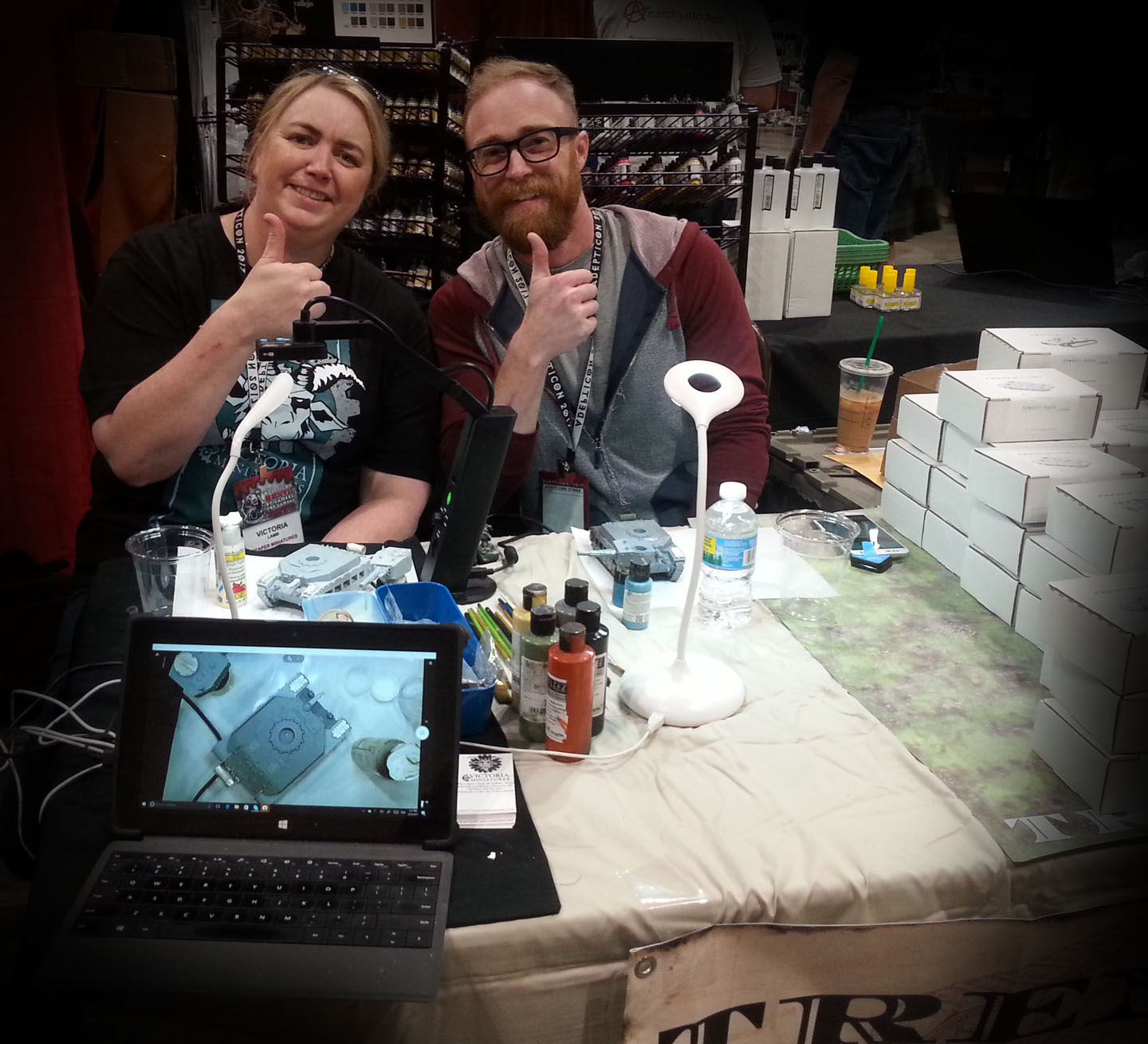 Our supplies were limited, because there was no power to tap into.  So, we would have to go "Old School" on these, using brush on primer for the bare resin and metal. 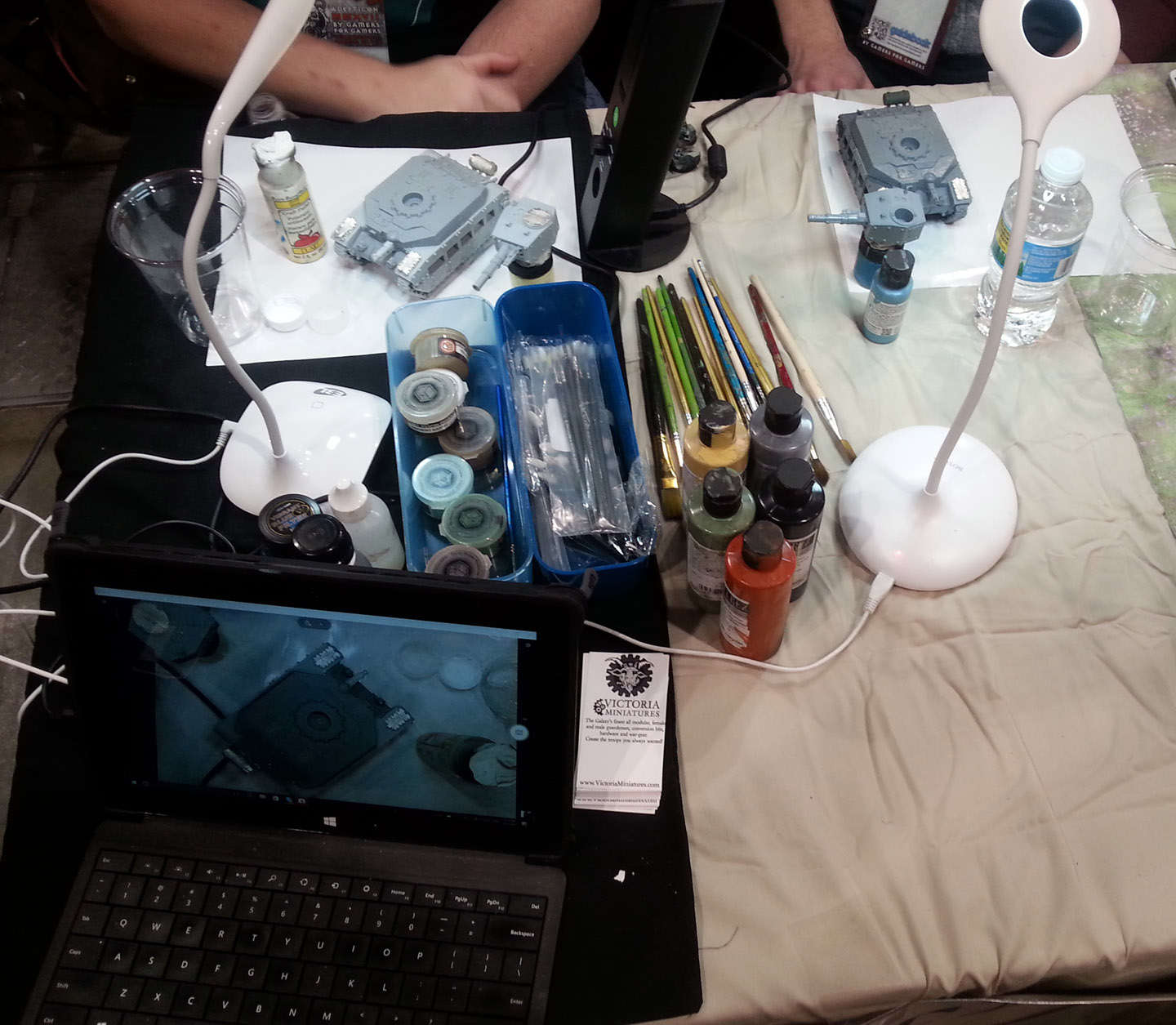 It didn't take long to discover that the cold temps in the room, along with all the bodies, would make it difficult for the primer to dry.  I am very used to that, since I have painted entire vehicles and miniatures using just the Badger Stynlrez primer! 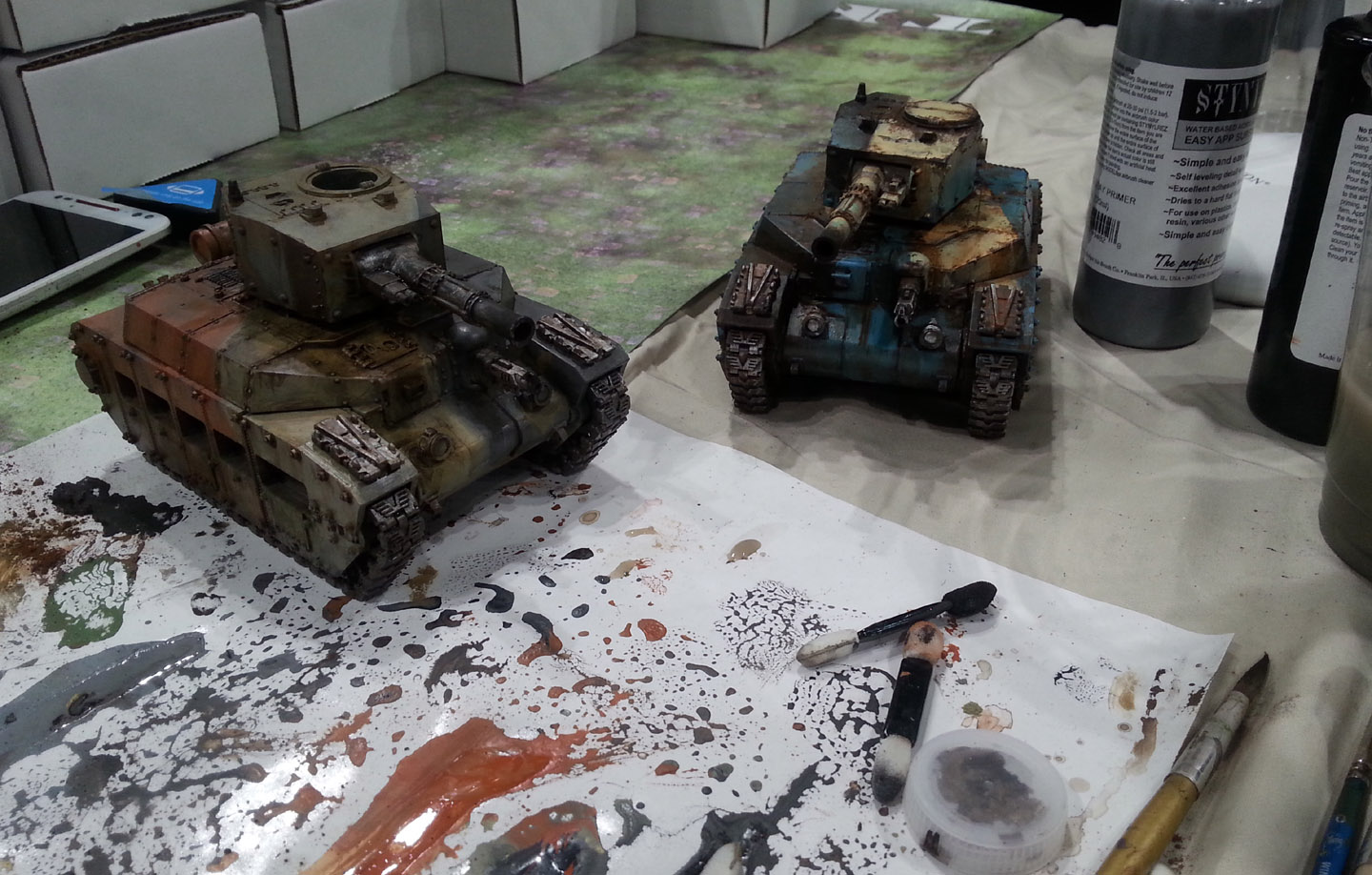 We had roughly two hours to go from bare resin to finished, so the challenge was certainly high.  We each picked a classic desert camo scheme, with mine on the right hand side of each image.  My camera died early on in the painting, so I don't have any of those pictures for you.

Also, that wiped out my reference source, so I had to lay out the pattern right off the bat when I saw there was only 10% power remaining!

I loved doing that camo scheme, so I will definitely have to try that on a "conventional" Matilda.

I did a number of "spot demos" as the painting moved along, using Mig Ammo products to get the specialized effects.  I was even able to use the heavy mud to smush tufts of static grass into the mud guards in the side assembly!

I could not resist freehanding a few ID numbers on the vehicle, of course! 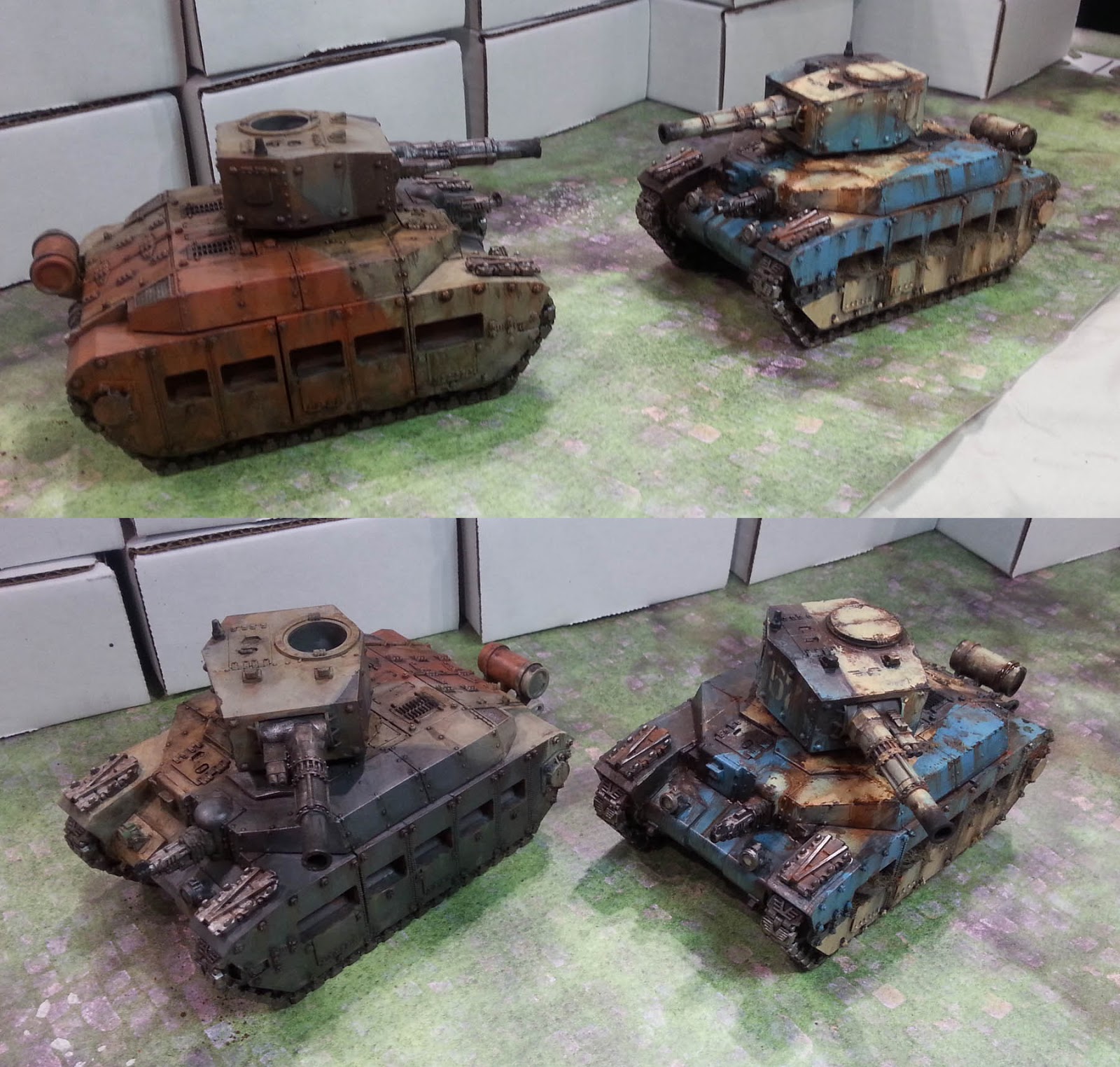 This was a very fun experience, and it is something that I hope we could do again!!  One never knows...