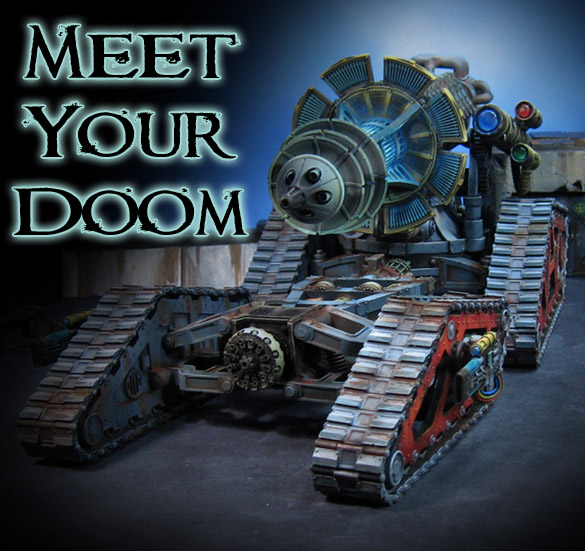 As I mentioned when I made the first post with the images of the completed Mechanicum monster tank... there are many more to show! 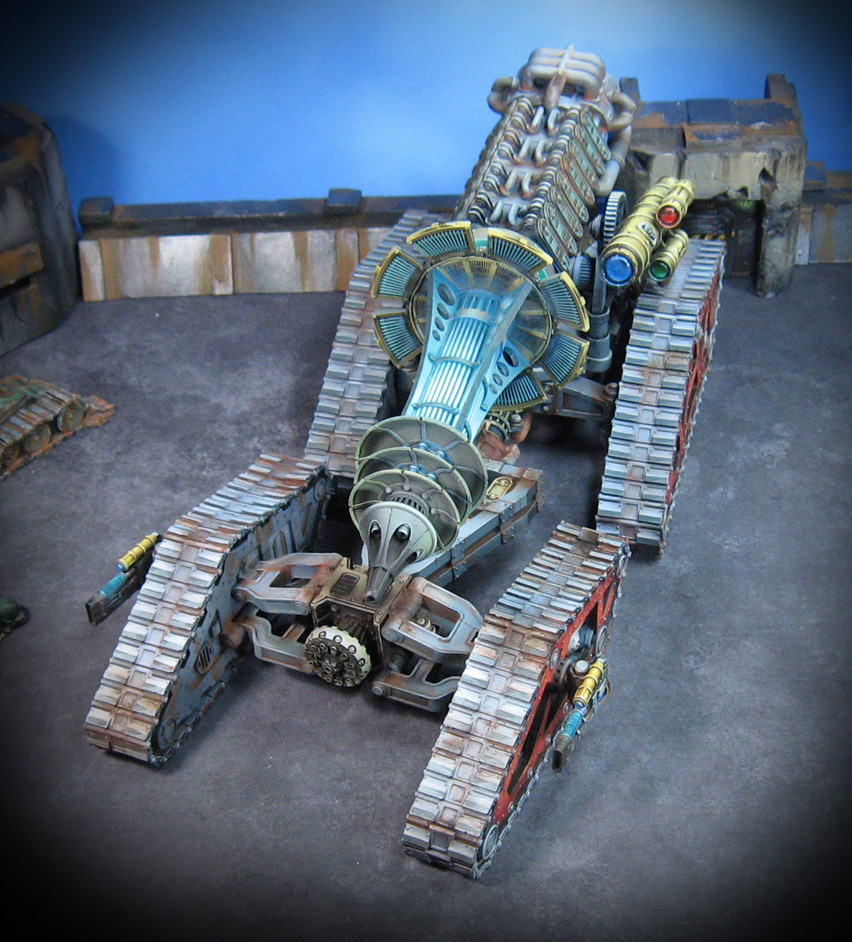 This set focuses more on the opposite side, and from above. 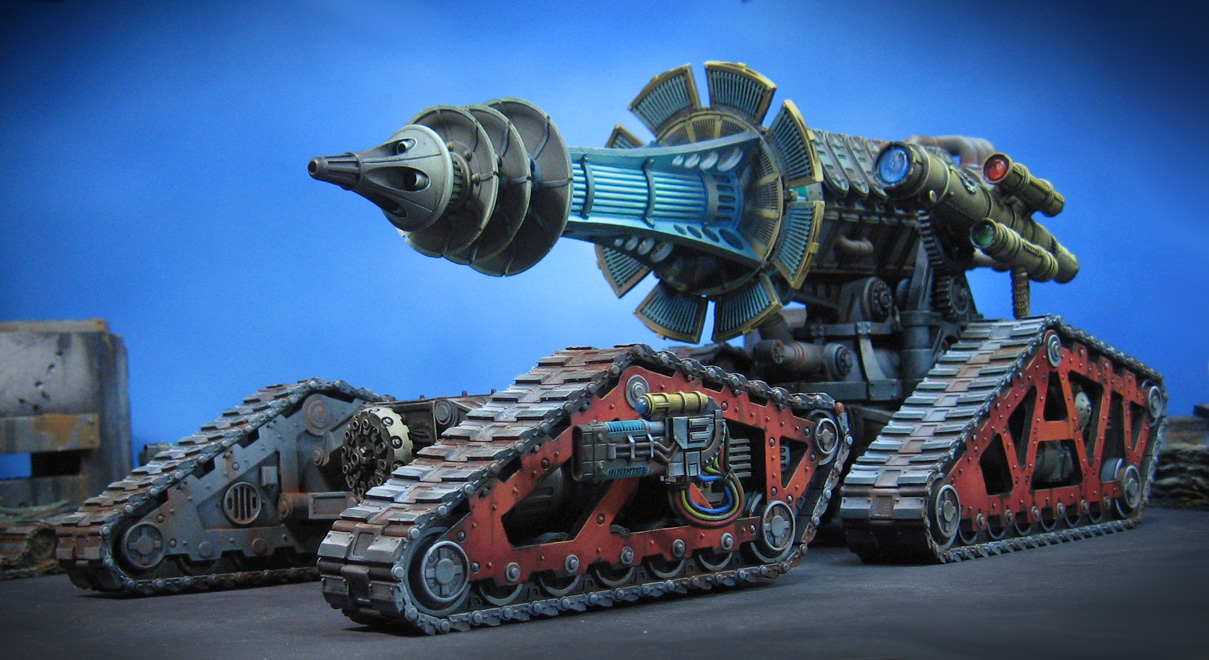 A reminder of how giant this is... the wheel assemblies are all the size of a land raider. 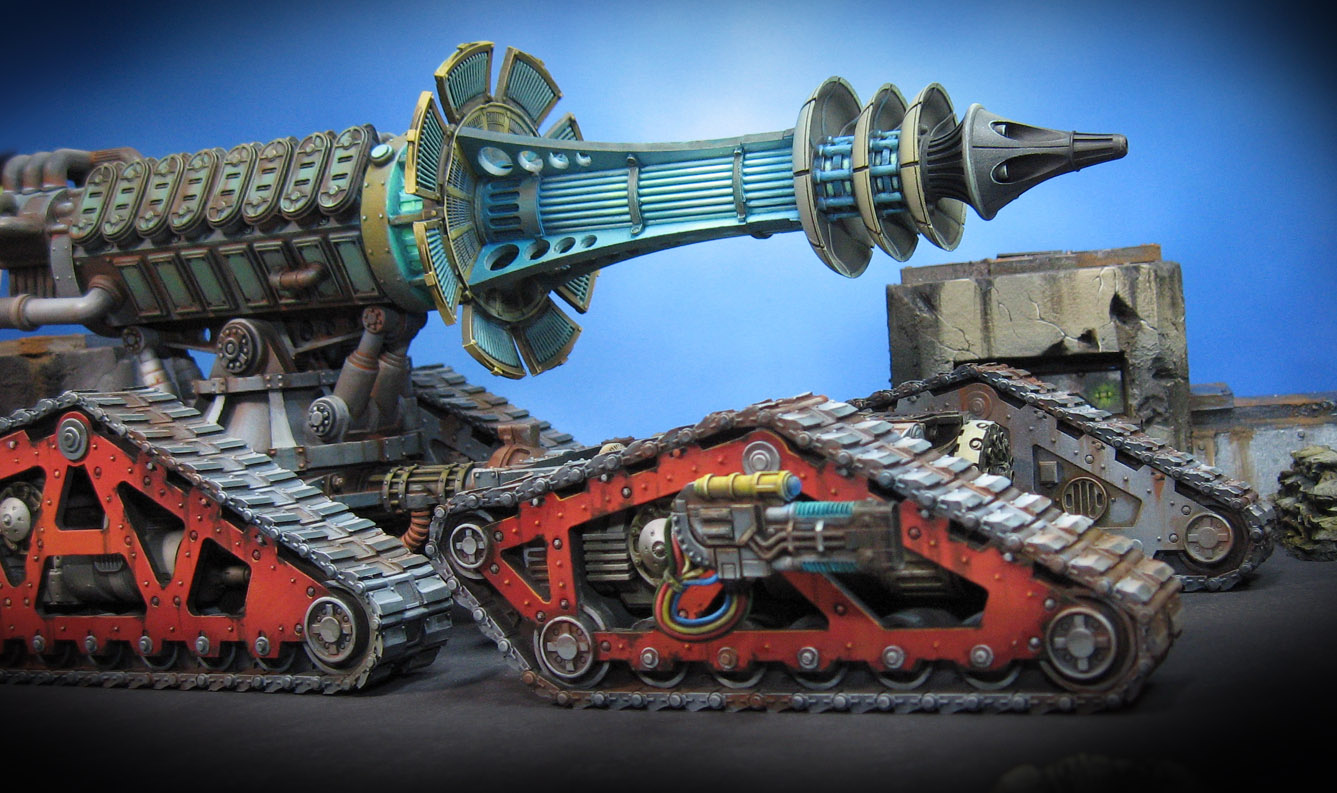 Among the many tricky aspects of the vehicle, the articulation joint in between the two sections was right up there! 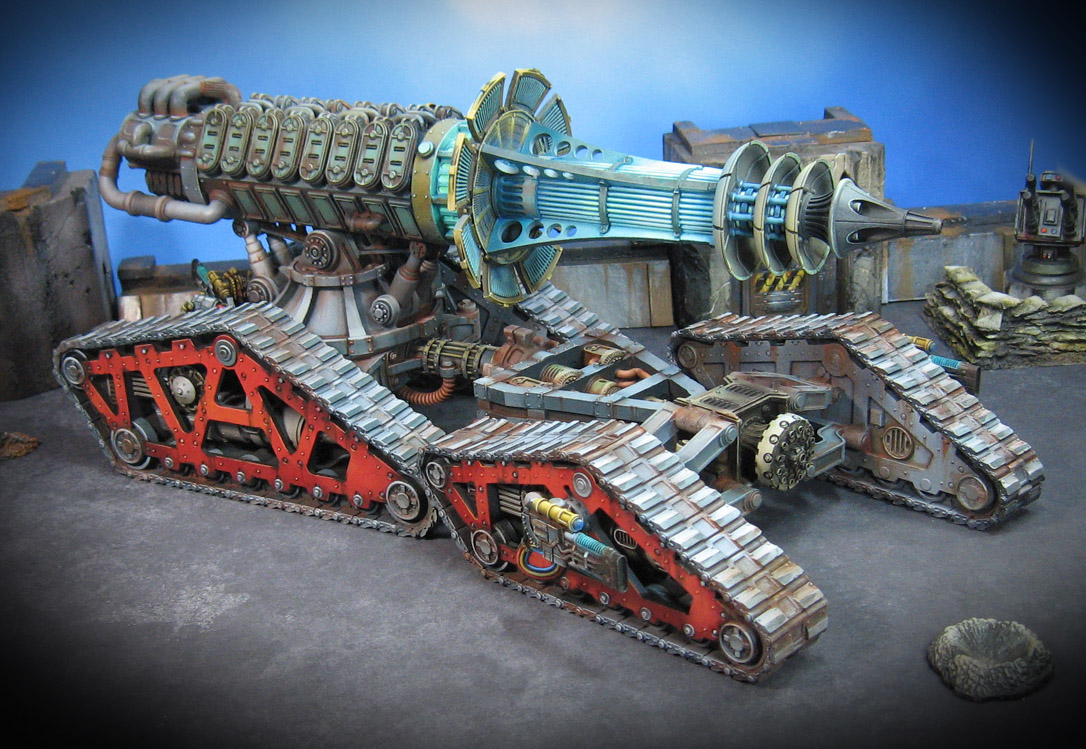 It is a call joint encased in two halves of a star shaped object.  I could not glue that together, because that would have made it impossible to ship without risking serious damage. 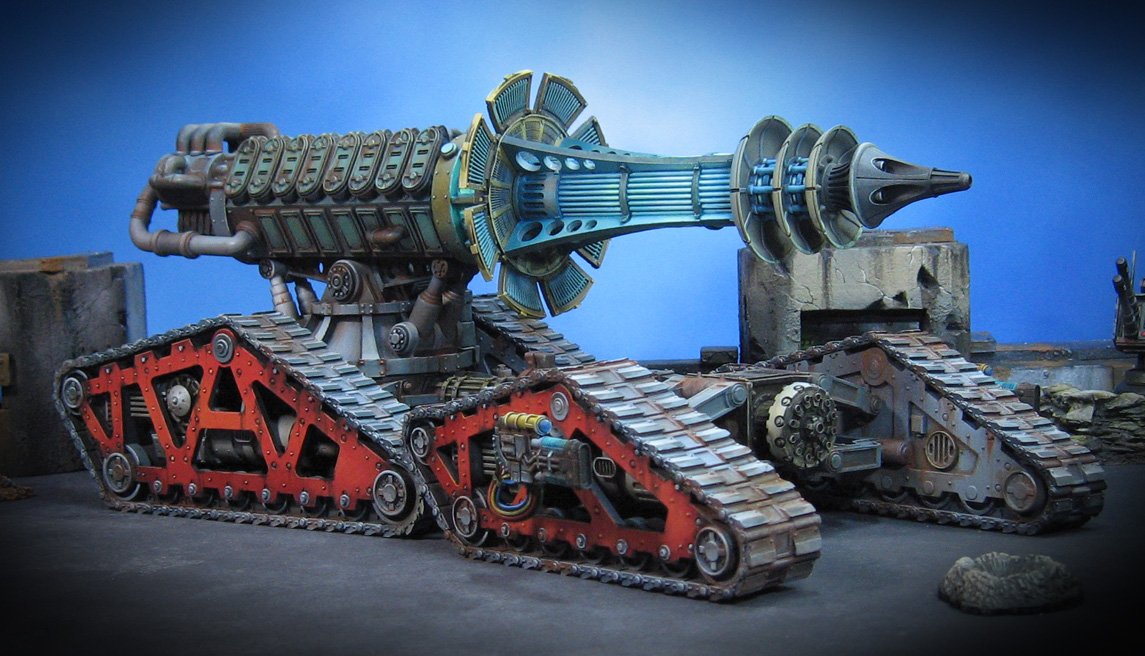 Ultimately, it was sent in 3 big parts.  This upper view helps to show all the subtle shading that was required on the weapon section.  I tried to paint as many sections before assembly as possible, but much of it had to be in one piece so that the shading could be kept consistent. 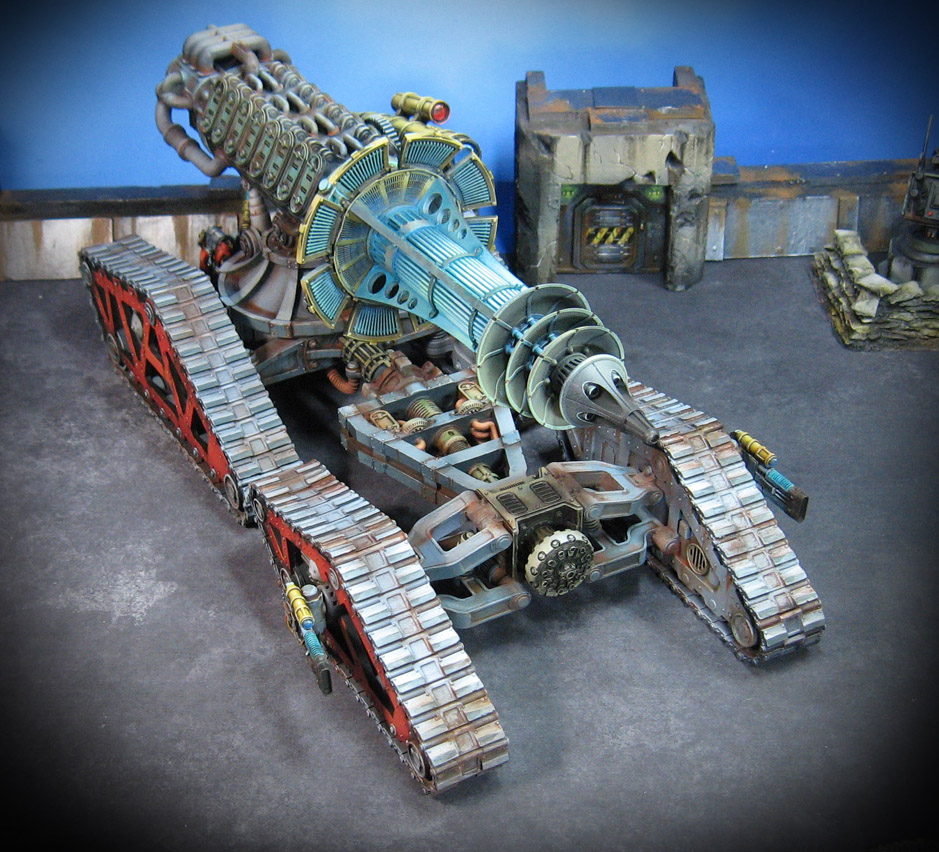 Had I done each bit of the gun individually, it's very likely that those three dishes would have had too many variations.  This view would have really shown any anomalies! 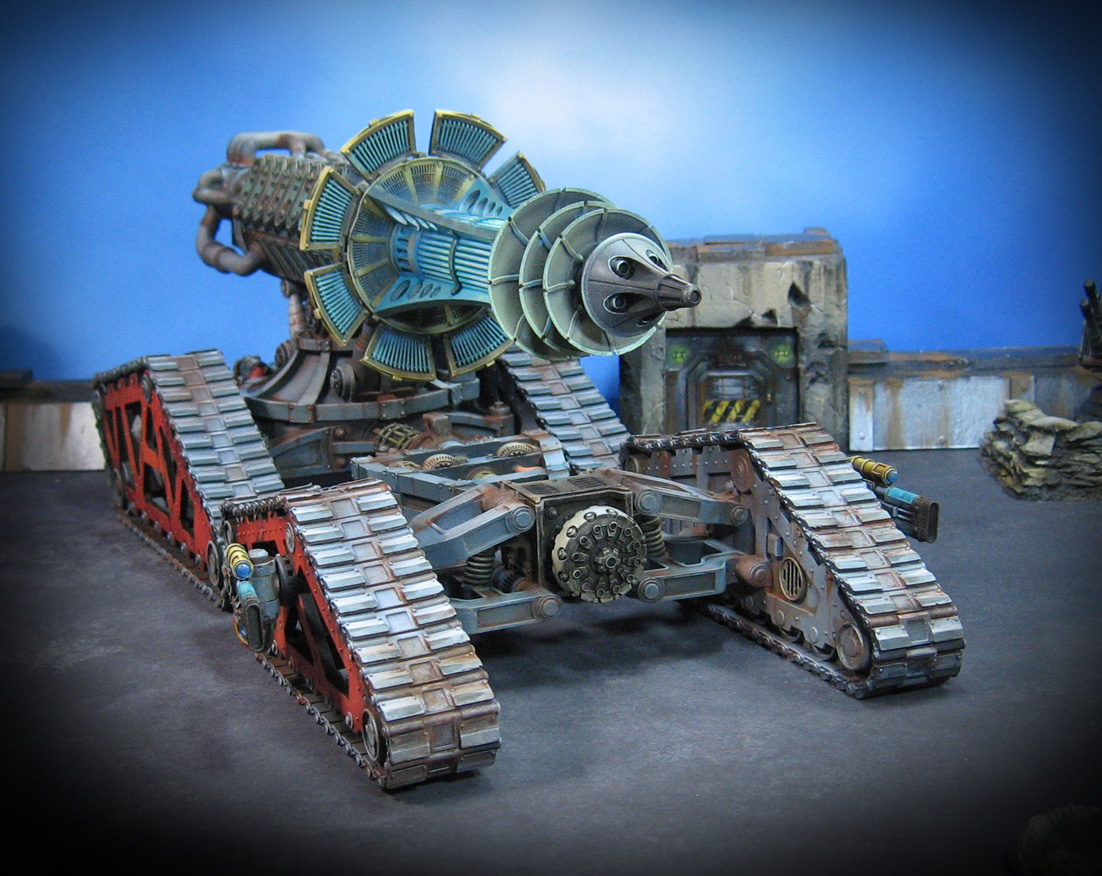 As would this one. 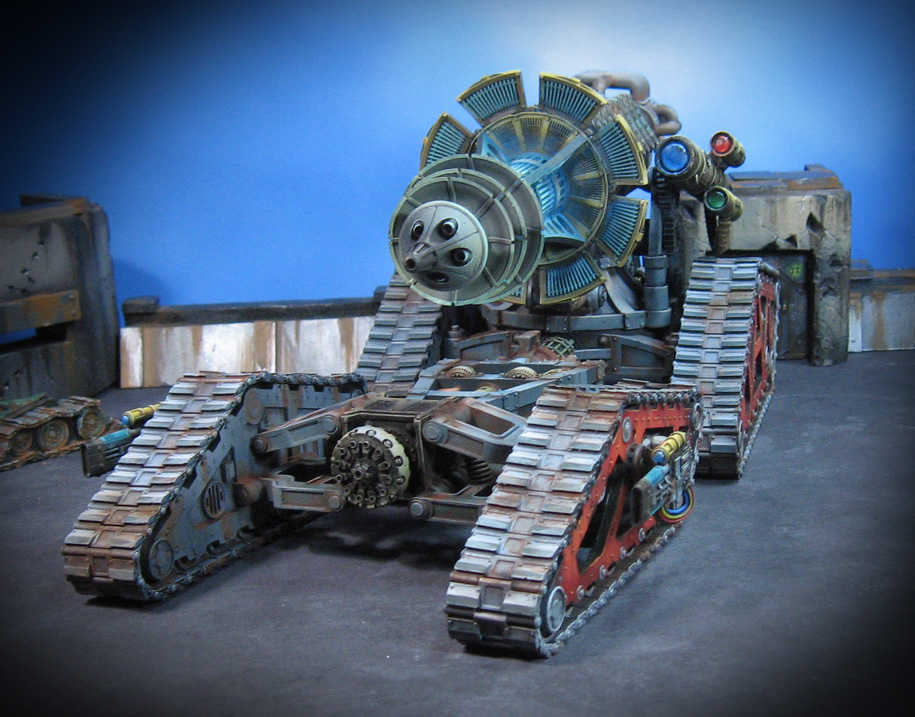 I think this view lets you see the blue tints that I added to the forward wheel section with the blue weathering powders. 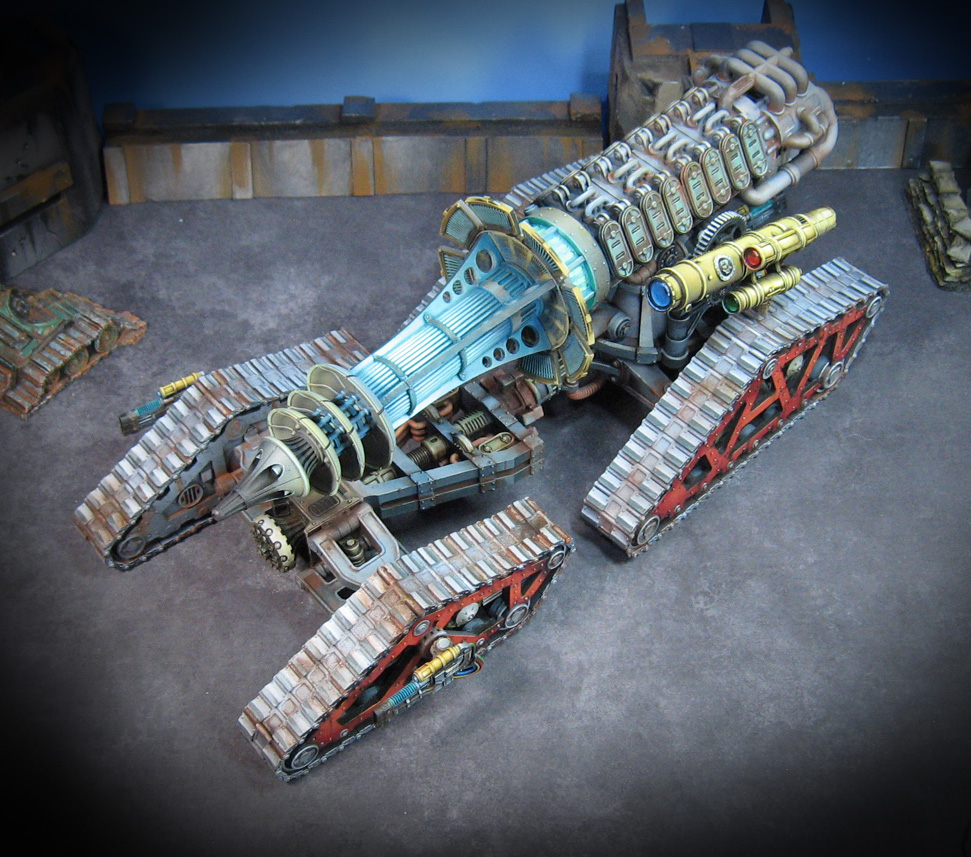 You might even be able to see some of that blue powder on the front treads as well. 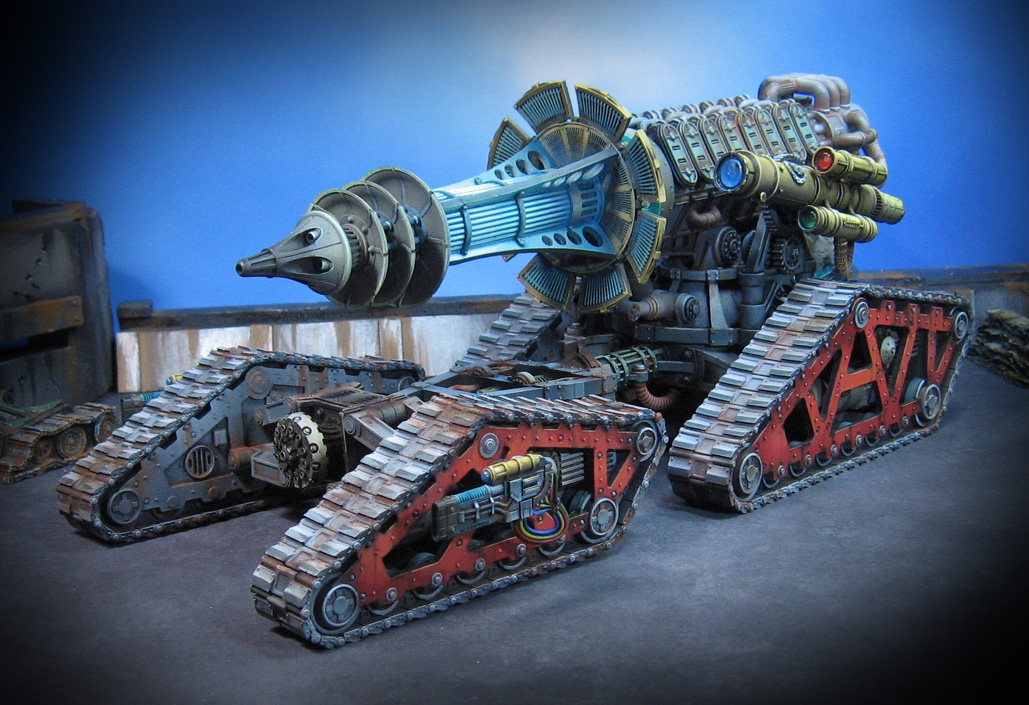 The massive pieces on the back of the gun mechanism were very hard to handle while I was painting, since they were pretty unwieldy.  I also had to make sure I was not scraping the paint off all of those tubes! 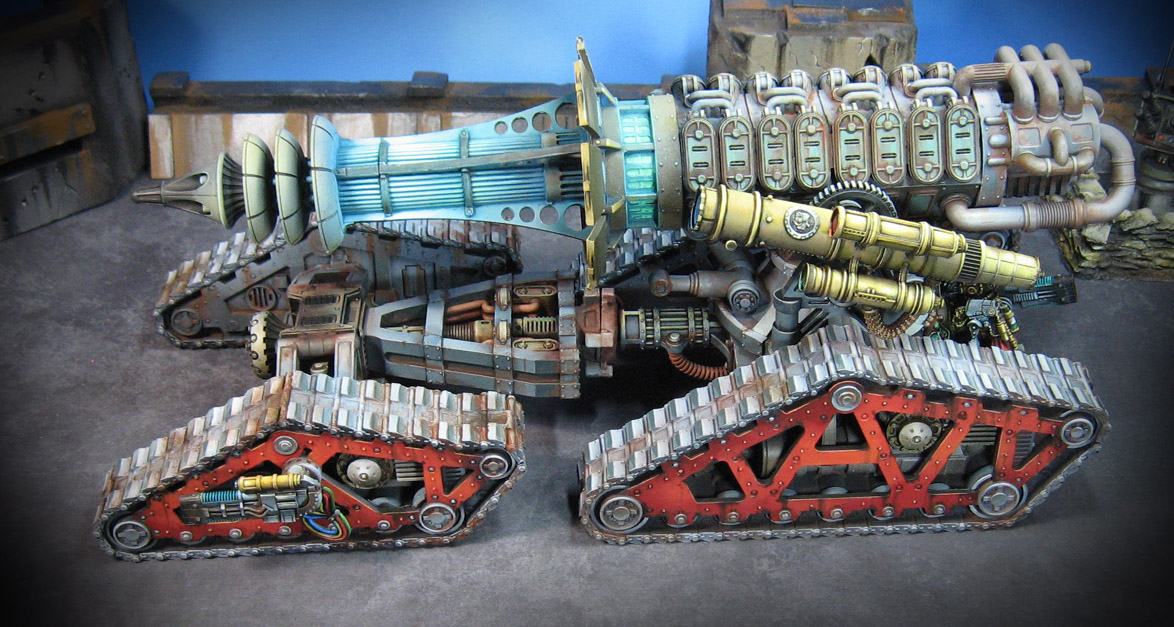 Do you remember the Work in Progress pictures that showed the painted pilot's platform?  You can see just the smallest hint of that here. 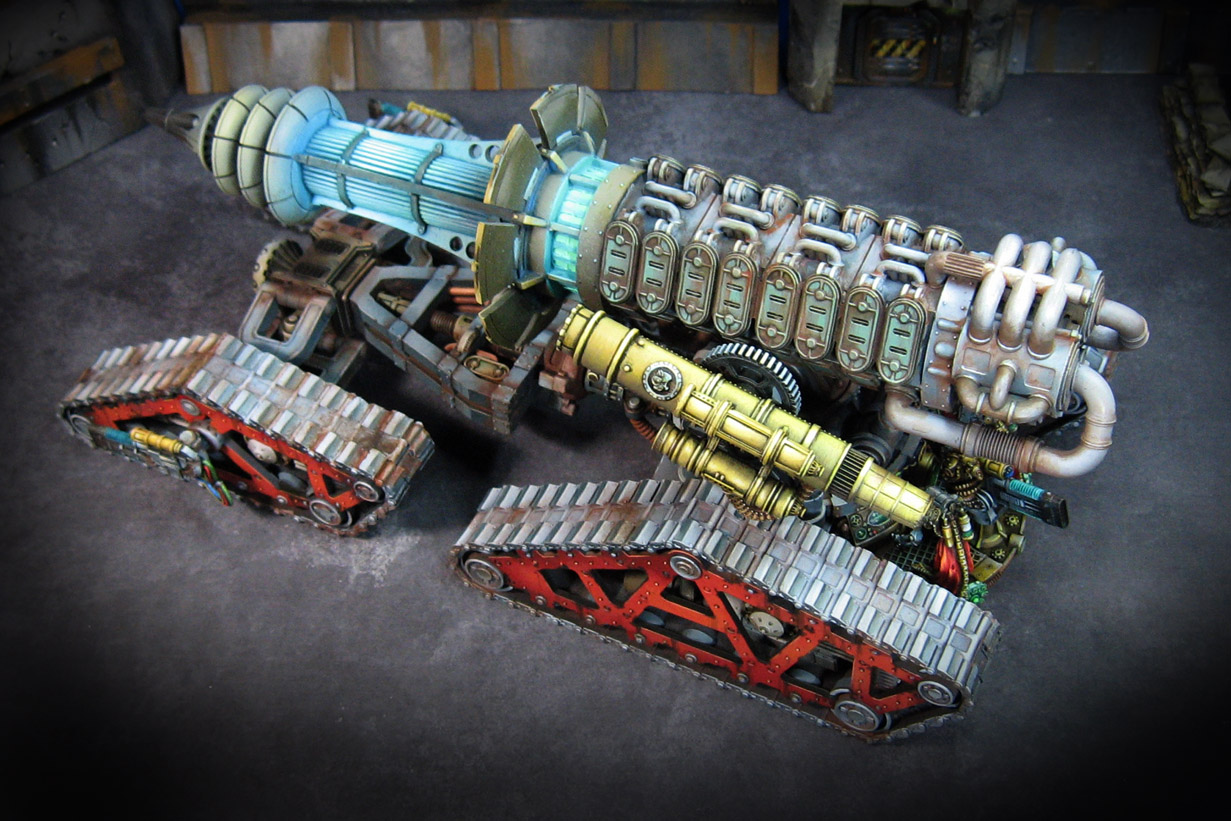 The last post will have some images that focus on isolated sections of the monster, which I think it called the Ordinatus.  Hopefully those will give you a sense of how it all works together. 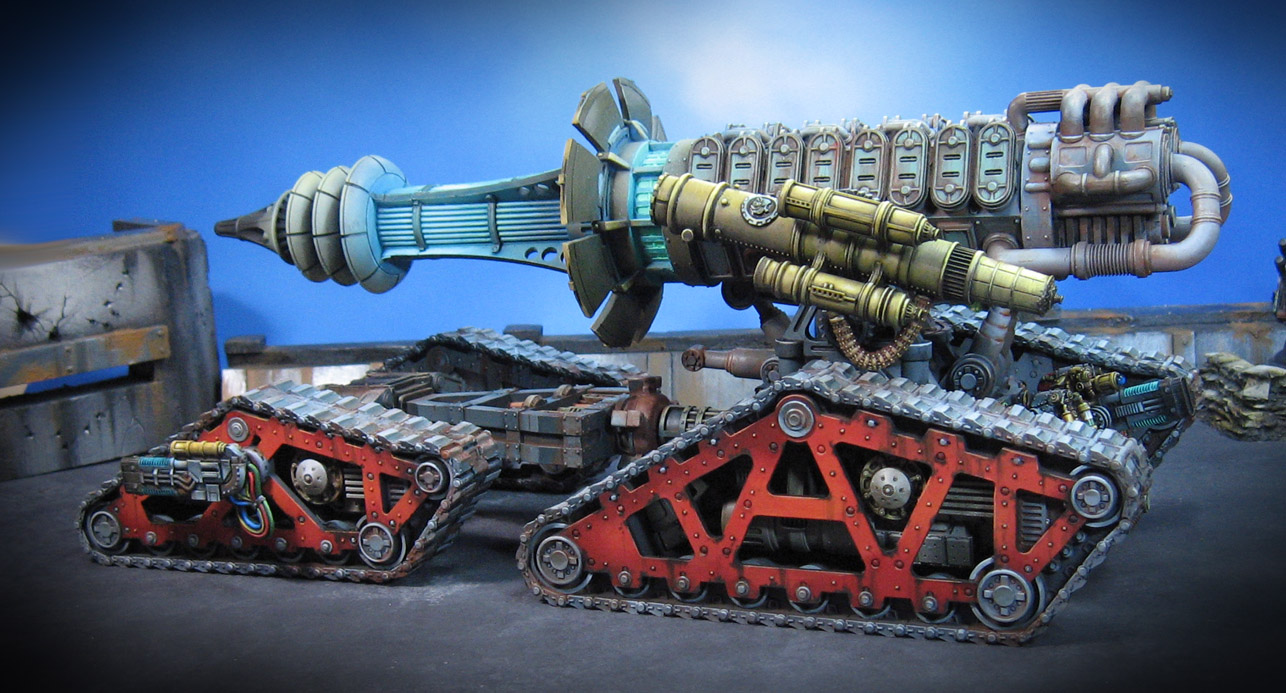