Working in the Shade 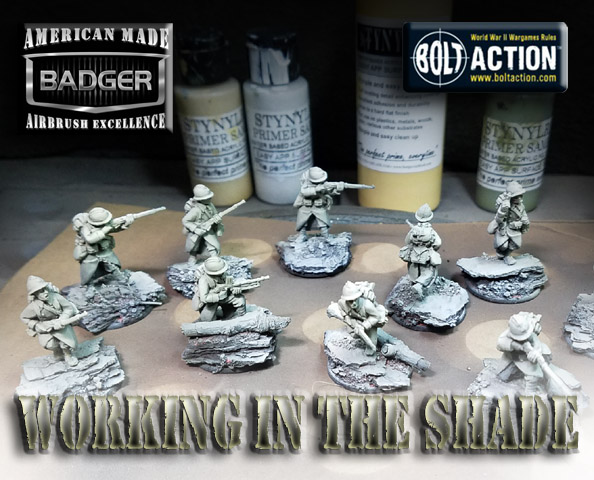 As most of you already know, I like to use a version of my Shaded Basecoat technique with the airbrush, that that this is done with the Badger Stynlrez primers.

In this case, I will be doing this on some French infantry from Warlord Games, one of the last units for the army.  Since they will have to match all the other previously painted figures, the colors used would be very simple.  The idea is only to establish where the lights and darks would be. 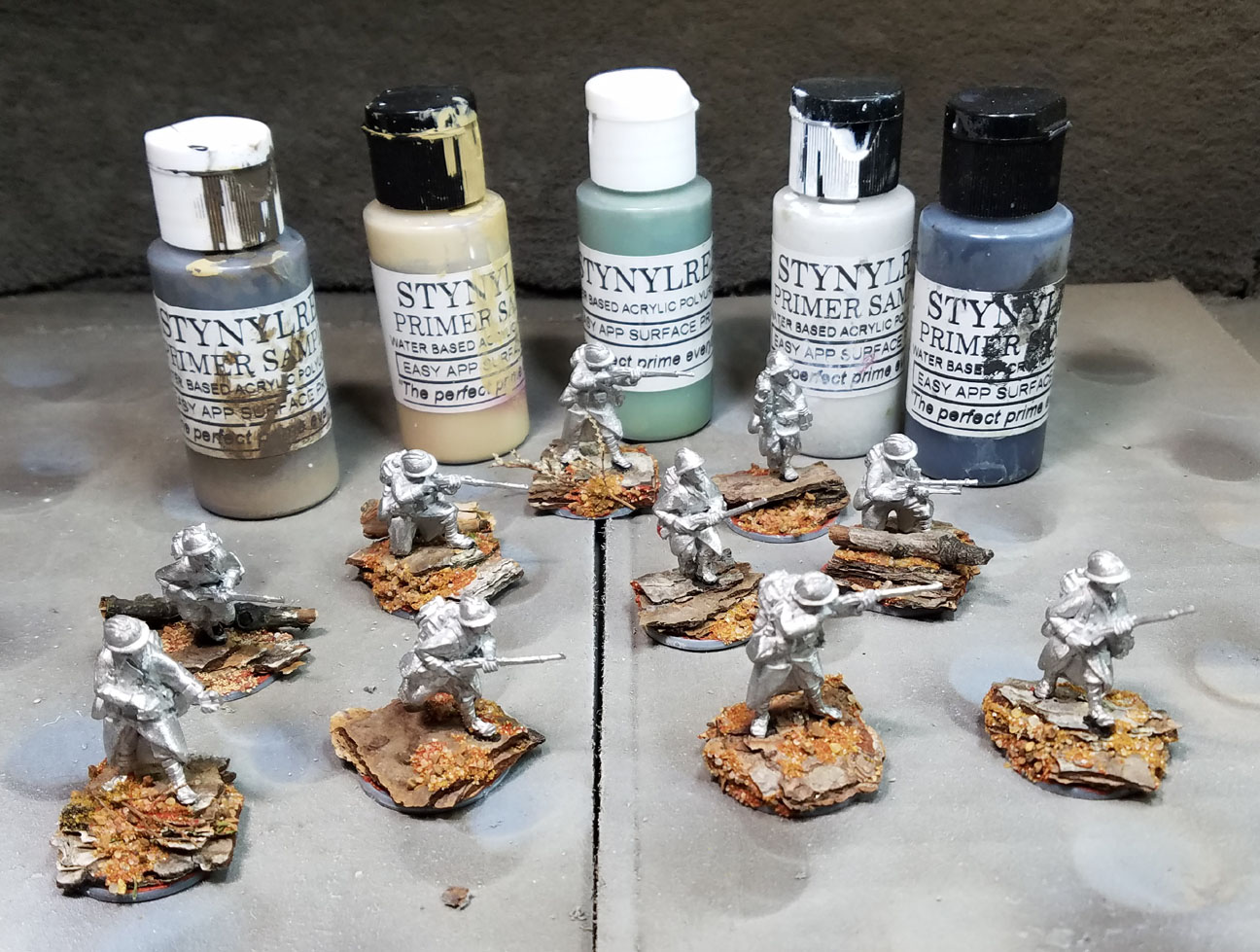 The first Stynlrez primer was the dark brown Ebony.  All I am doing is covering the entire surface, setting up the next primer color. 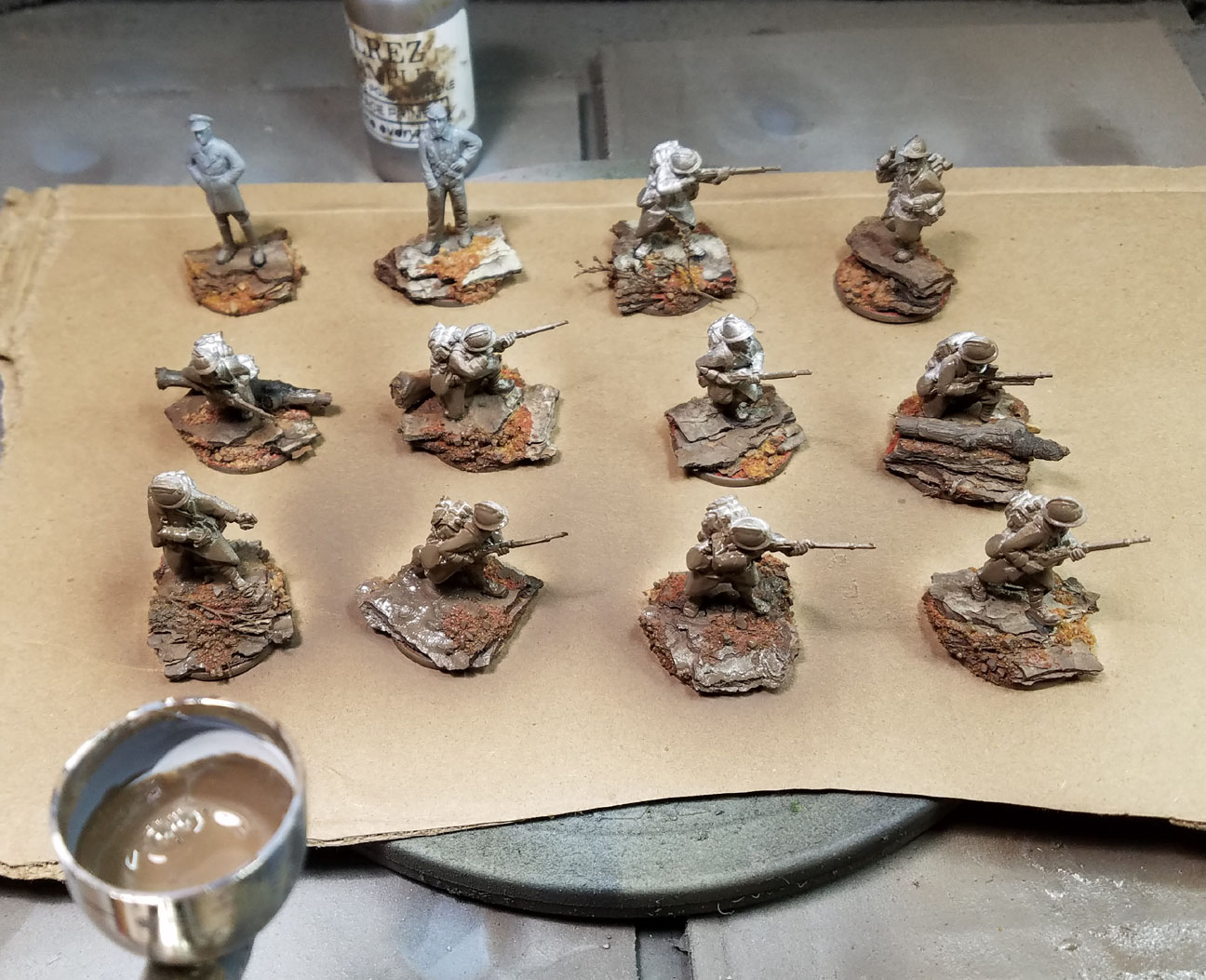 I really like how this deep brown color works.  It is relatively neutral as far as being a warmer or cooler, but still have more interesting tone than gray. 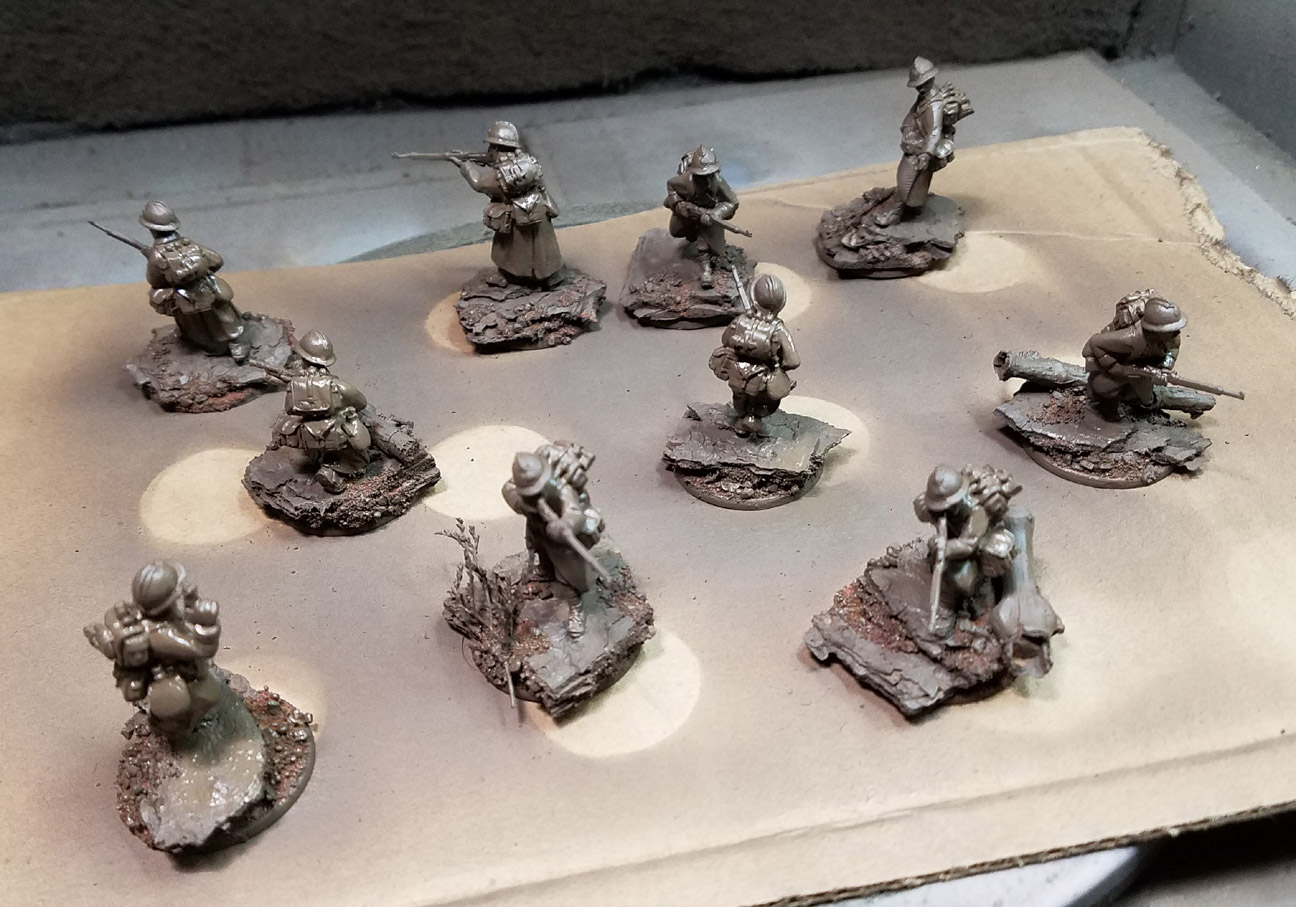 Some black primer was sprayed near the bottom of the base pointing upwards, so that it would also hit the bottoms of the figures too.  This would be the darkest areas of shading. 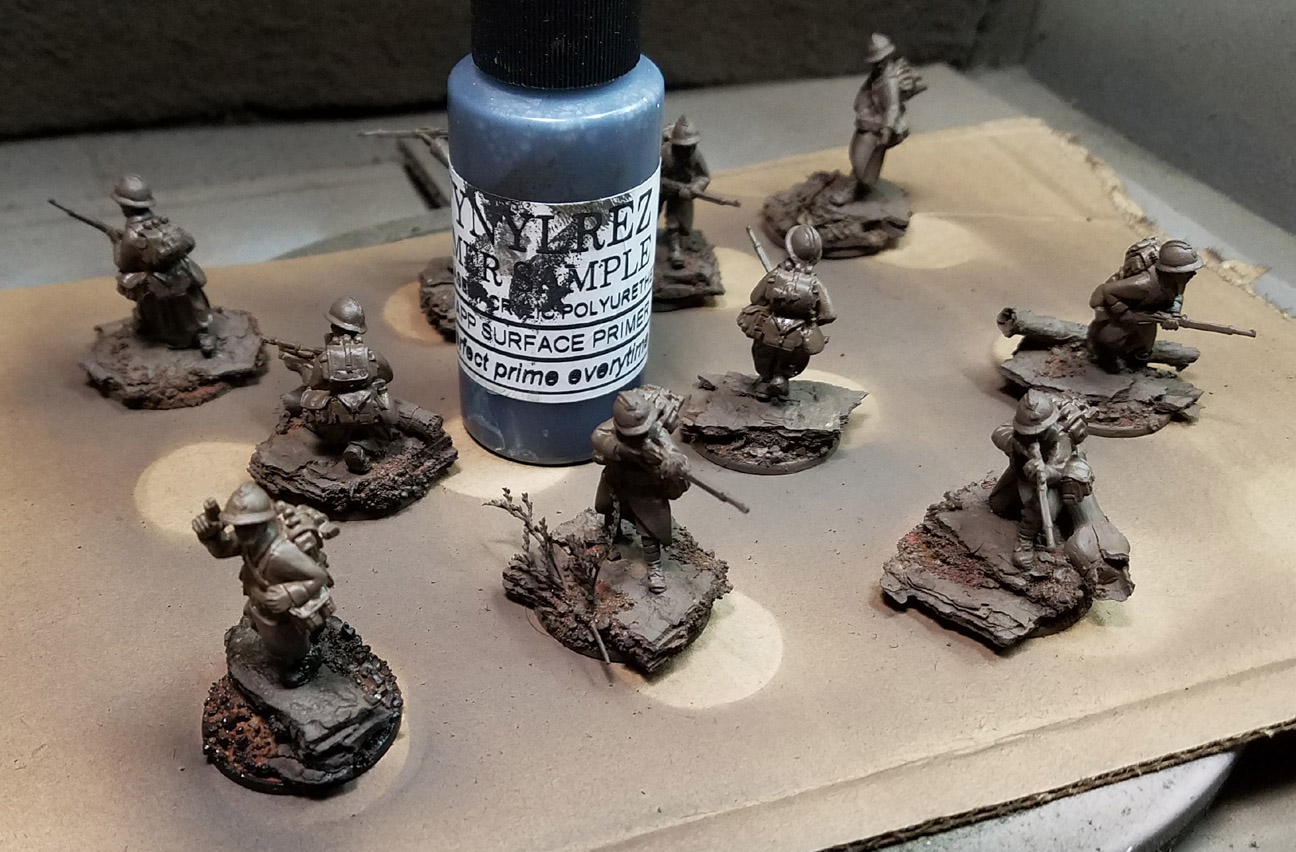 You can see that even with this one addition, there are already some nice value gradations established. 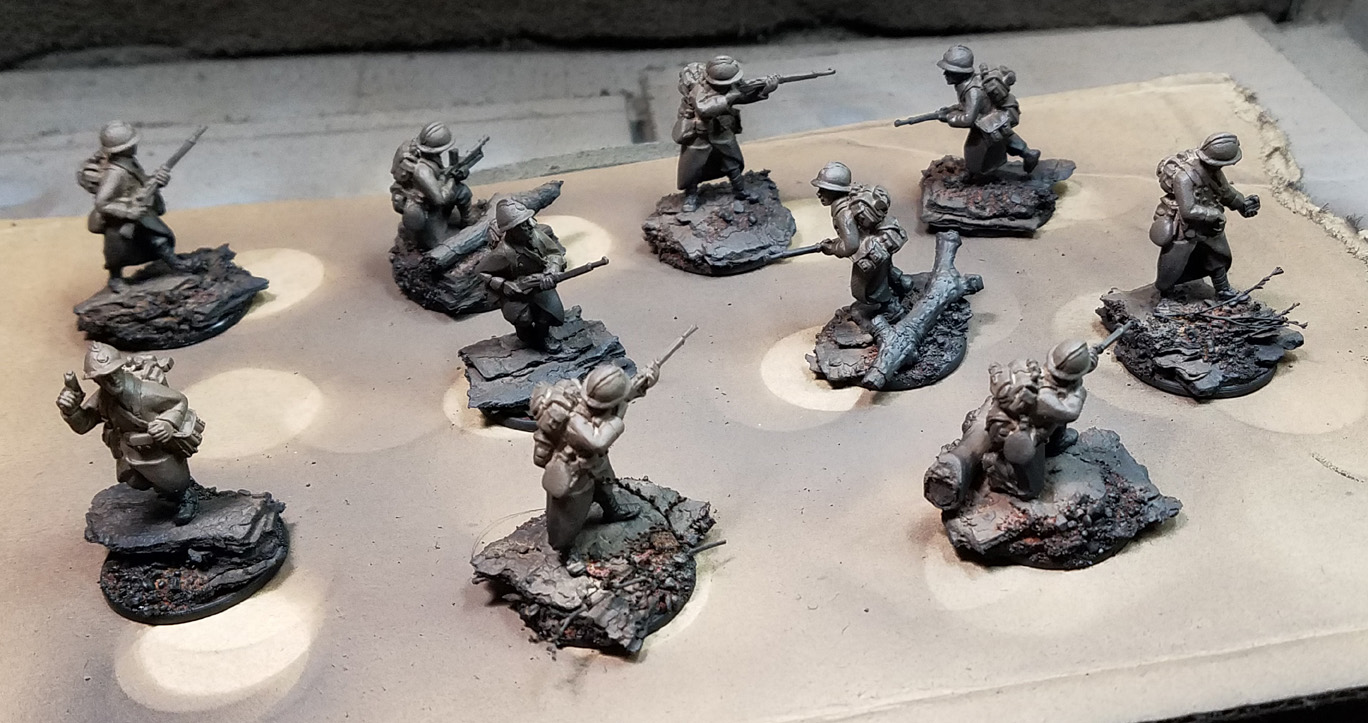 Since I will be using my normal glazing techniques once the priming is complete, I only need to provide a hint of greenish brown.  This is the next layer, which is mixed with a little bit of the brown primer. 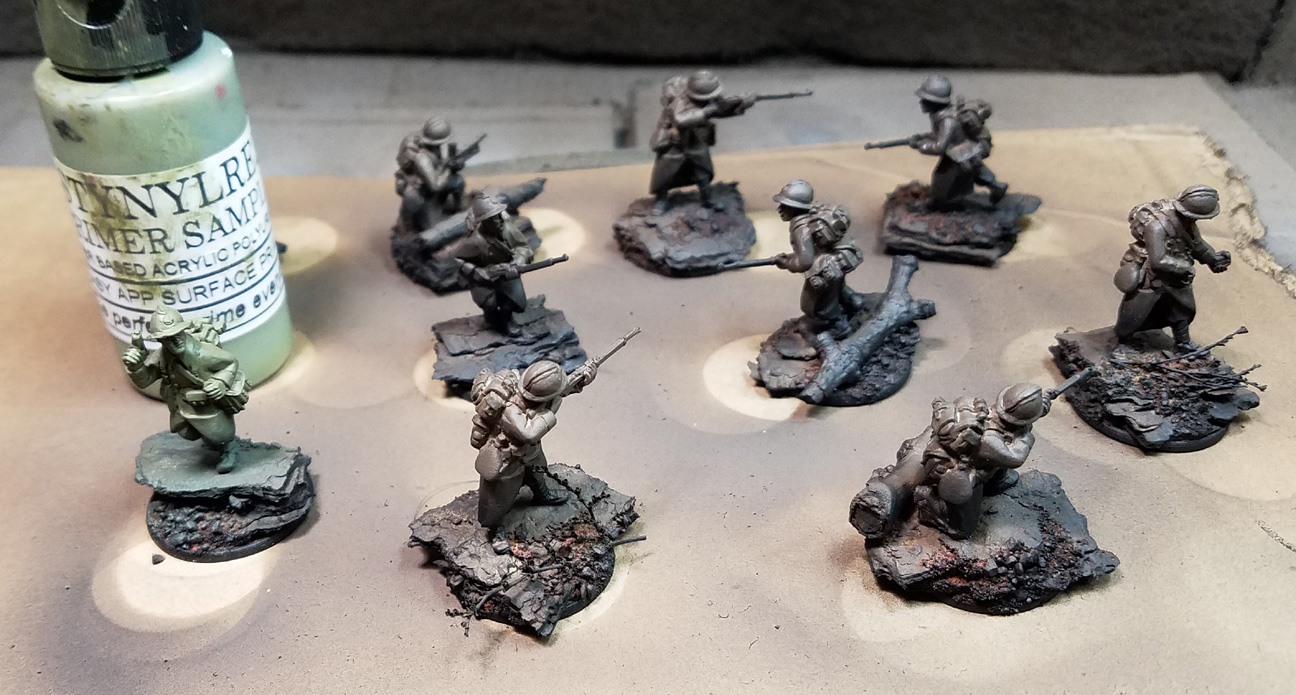 The image on the right shows one figure with the green primer and a little yellow primer added. By spraying it from above the figure, you can immediately get a sense of how the overall figure should be shaded.

It must be remembered that I want these colors to be a few shades lighter, because I am doing many glazes over the top of this primer set.  That's going to darken everything down significantly. 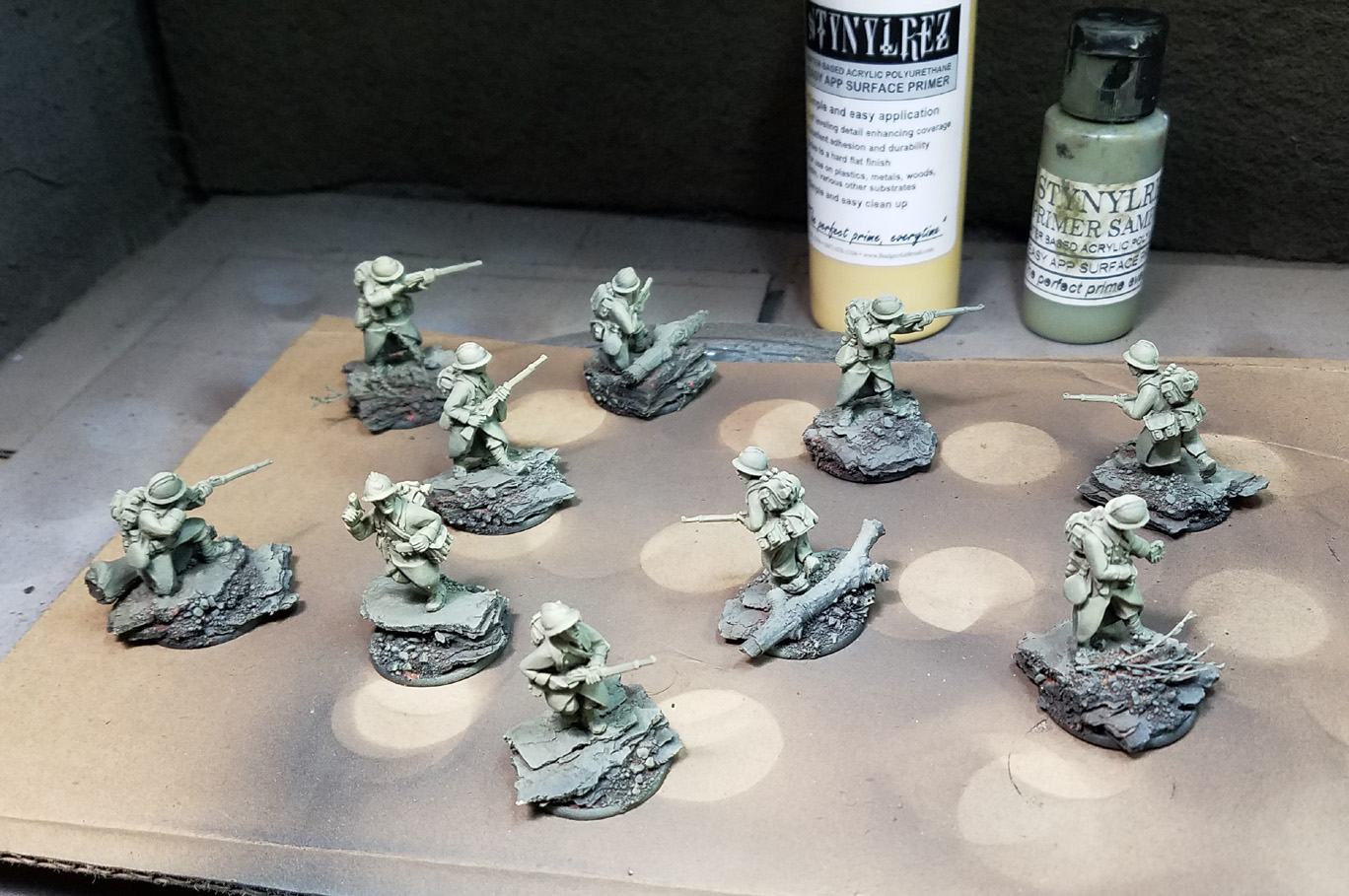 The final layer is a mix of the yellow with some white.  Not only is it important for getting the last highlights on the upper surfaces of the figures, but highlighting the base as well.

This can really be seen with the kneeling figure on the left. 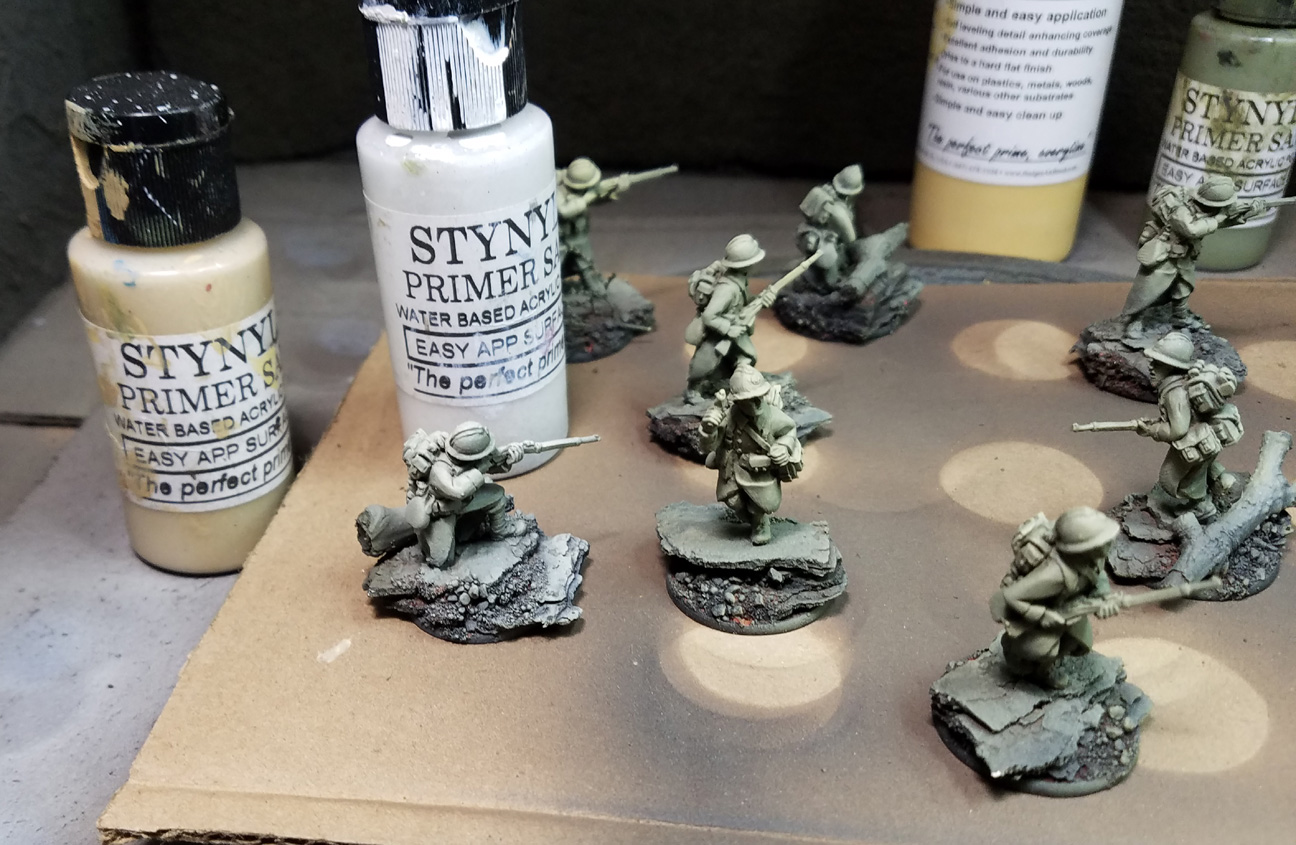 At this point, the unit is basically ready for the rest of the painting process.  I may use acrylics or oils at this stage, depending on what else is being painted at the same time. 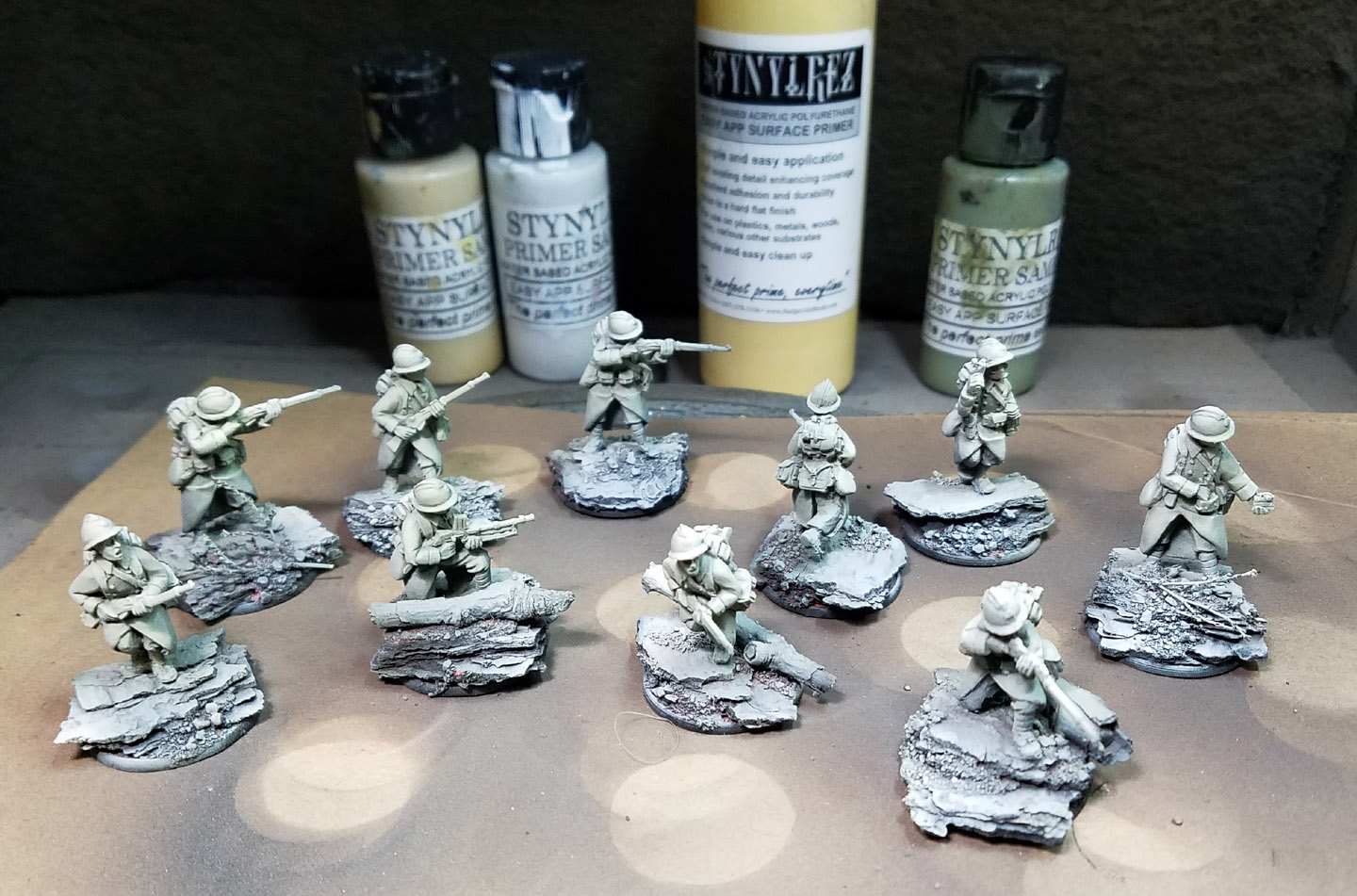 The view from above shows off the base too.  If you want to get some of these excellent primers (these are the some ones you have seen me using on vehicles and even terrain), you can get them at webairbrushes.  If you use the discount code "wappellious", you get a 42% discount: 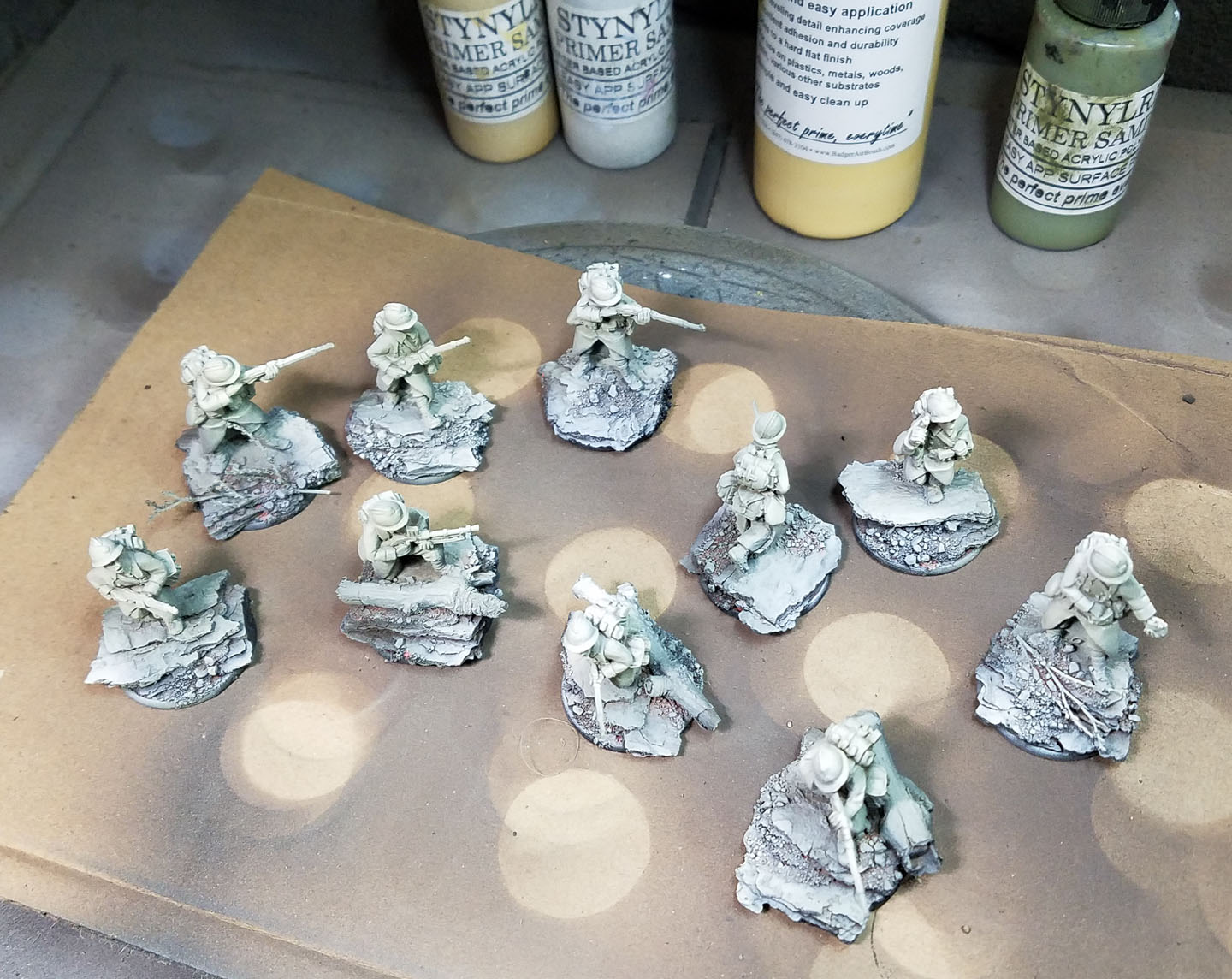 Posted by wappellious at 1:14 PM 6 comments: